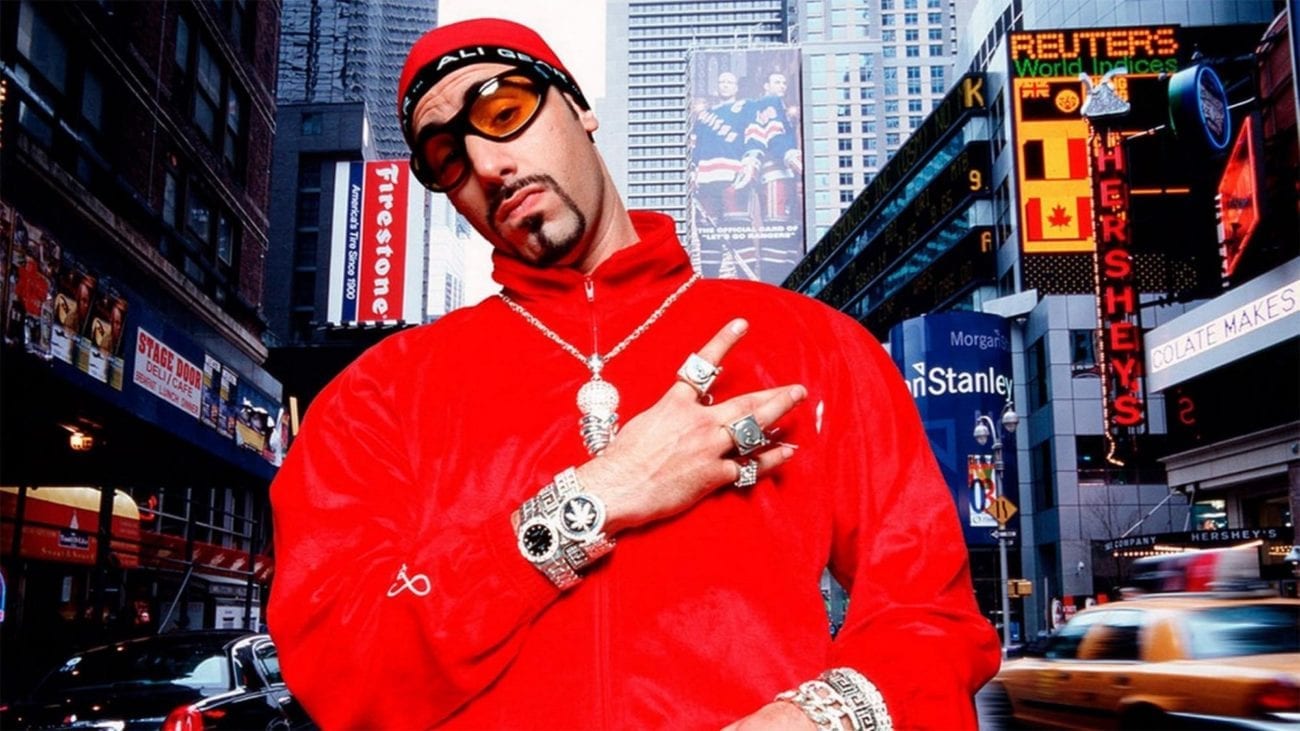 In what is pitched to be his biggest TV commitment since Da Ali G Show, Sacha Baron Cohen is set to star in a new Netflix thriller series called The Spy. The actor & comedian will take the lead in this six-part series recounting the story of Eli Cohen – a real-life Israeli spy who infiltrated Syrian high society in the 60s. Sounds like it’s going to be a far cry from his previous comedic roles.

While we might’ve grown out of his humor (“booyakasha” got old, fast), there’s no denying Cohen is an absolute master at catfishing very serious subjects into very unserious interviews. Particularly early on in his career via his various alter-egos, from the flamboyant Austrian fashionista Bruno to the “Berkshire Massif” rapper Ali G.

So rather than focus on his later projects (the less said about The Brothers Grimsby, the better), we’re taking a look back at some of the best speeches and interviews in the Cohen canon to remember how and why he became the so-called king of shock comedy.

In an interview even funnier now given the circumstances – as is the case with many of Ali G’s earlier interviews – the laughs come from Trump’s reaction to Cohen rather than Cohen himself. The side-eyes, the body language, the disdain in his voice – all of it just screams, “get me the fuck away from this utter, utter moron.” Little does Trump know he’s just been duped.

When Cohen accepted his Charlie Chaplin Award for Excellence in Comedy at the 2013 BAFTA Britannia Awards, of course he didn’t just give a fawning speech like every other celeb. Taking the opportunity to add a little spice to an otherwise mediocre evening, Cohen staged a fake manslaughter for the attendees before accepting the award and dedicating it to the deceased. You know, for the lols.

In one of the ballsiest moments of his comedic career (of which there are many), Cohen’s character Borat not only inadvertently rips the war on terror, but he then has the balls to sing the fake Kazakhstan national anthem to the tune of “The Star-Spangled Banner”. Needless to say, it goes down like a shit sandwich.

Bruno’s persona fits so well into the pool of douchebaggery present at New York Fashion Week, no one even realizes he’s ripping them to shreds.

The Dictator – Ashing on the Oscars

Okay, so it’s pretty dumb, but watching Cohen’s despotic character spilling “Kim Jong-il’s ashes” all over Ryan Seacrest and subsequently the Oscars red carpet is a delight, bringing a much-needed bit of silliness to an otherwise yawnworthy event.

Kicking off the meeting by asking Buzz if he’s jealous of “Louis Armstrong” for being the first man on the moon (to which Buzz just totally sidesteps), the interview only descends into even more silliness, with Ali pondering the logistics of walking on the moon (maybe in winter?) and asking if Buzz is pissed at Michael Jackson for taking all the Moonwalking glory.

When Borat heads to Mississippi to get a lesson in wine tasting, instead of sipping the drinks he necks them like Jägerbombs and has to continue the scene visibly sozzled. It’s one of the few times Cohen nearly loses it during a skit.

Always one to tackle the big issues, Ali showed himself as somewhat of a feminist spokesperson when he sat down with Professor Director of the Centre for Gender Research, Sue Leece. He discusses all the important aspects of the topic, like when two girls get drunk and try a thing called feminism. (You know, before they get back with their boyfriends.)

The absolute best Bruno skit has to be when he dared to interview a bunch of homophobic, racist, and quite frankly terrifying skinhead punks. How he didn’t get beaten to a pulp we’ll never know. Hats off to Cohen for showing some serious balls.