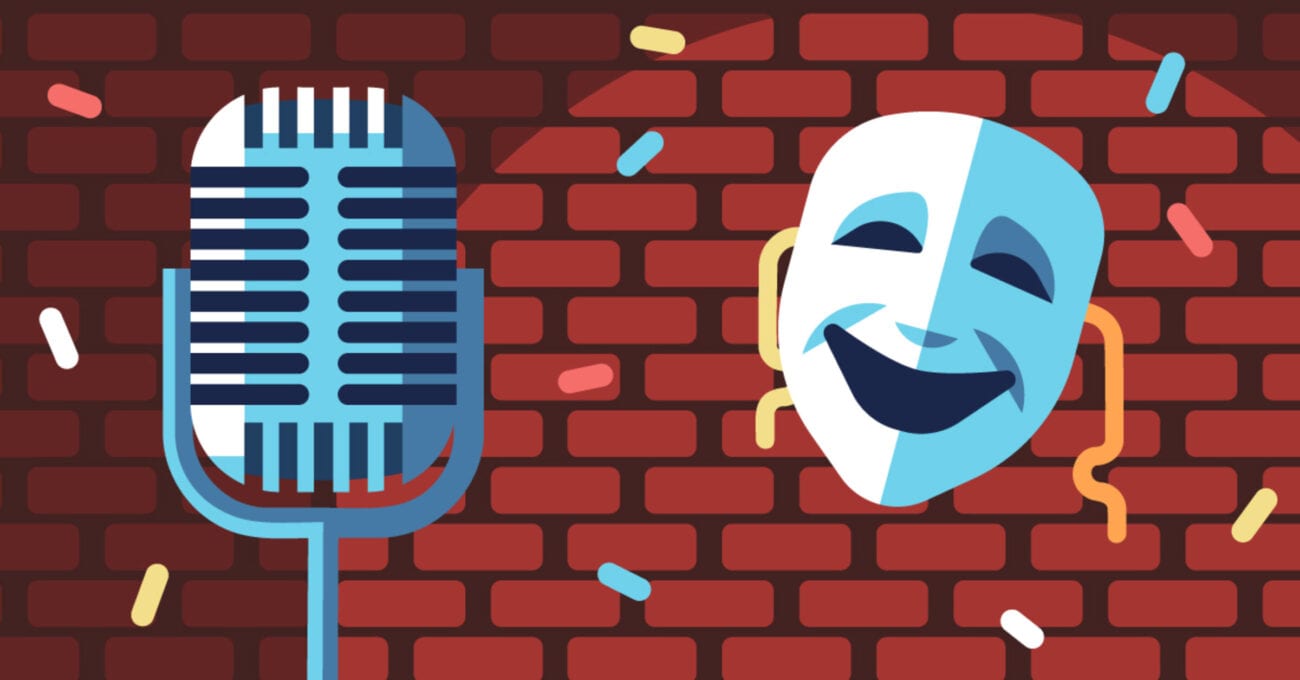 More than ever, it’s easy to get overwhelmed with what’s going on in the world. If the headlines are really bumming you out, then perhaps you should turn to one of the great comedy movies on Amazon Prime.

The selection on streaming services isn’t always easy to navigate. If you spend all your time scrolling through a sea of options, you want to make sure you’re going to end up laughing. If you’re looking for something to laugh at, look no further than these comedy movies on Amazon Prime. 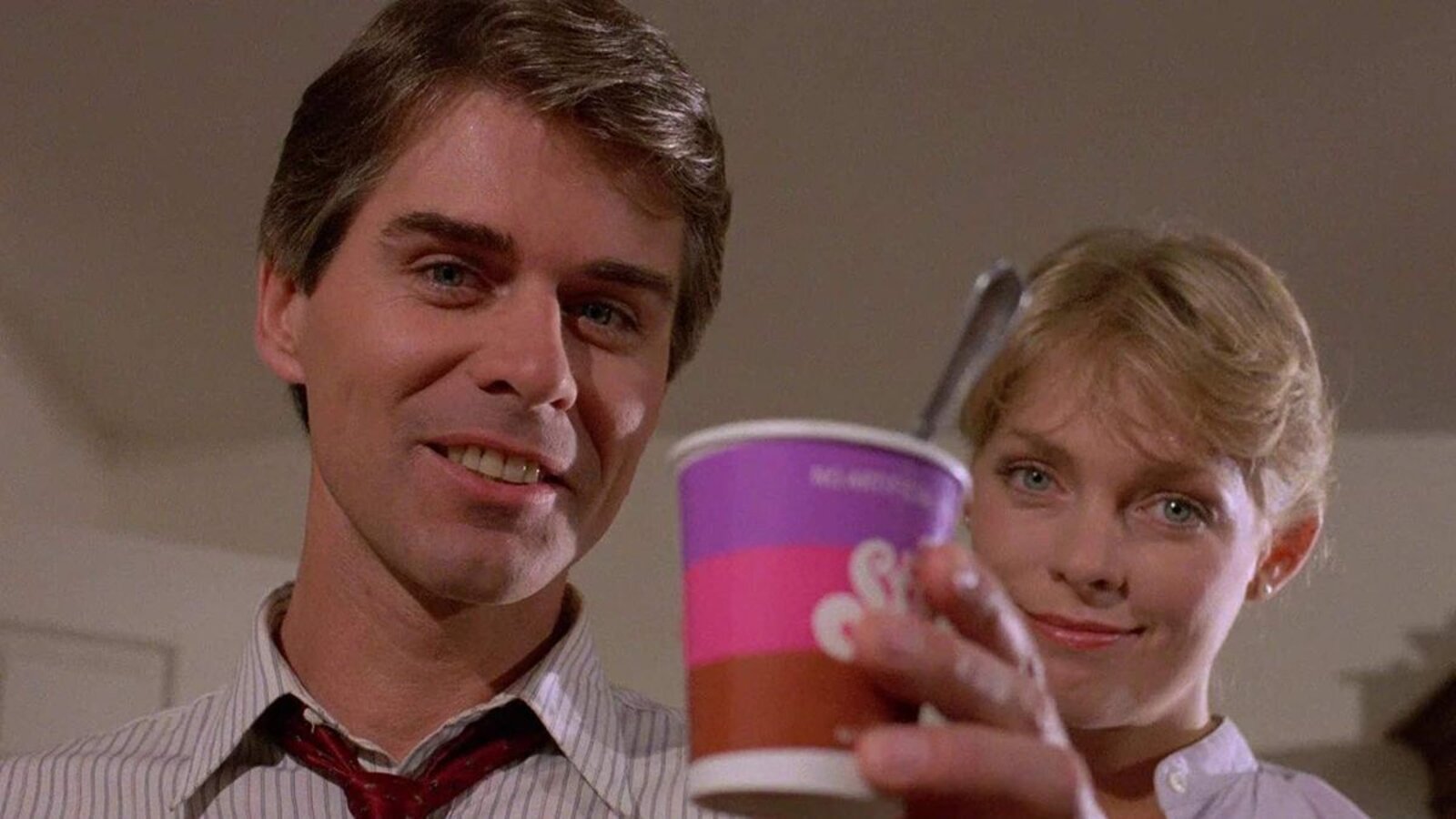 Larry Cohen, the king of the subversive genre film, may have made the masterpiece of his long film career in 1985’s The Stuff. This unique blend of horror and comedy about a naturally occurring and potentially villainous dessert may be one of the strangest comedy movies on Amazon Prime.

This bizarre satire is no doubt a loving nod to the science fiction B movies of the 1950s. Michael Moriarty plays a former FBI investigator hired by a dairy company to learn the secret of a popular new product called “The Stuff”. Meanwhile, a young boy named Jason begins to notice his family undergoing freakish changes as they consume the product.

The Stuff shines when it satirizes the advertising industry and how dangerous products are sold by unscrupulous people. Cohen said he wanted to show how people can be manipulated by advertising. He draws a correlation between the old cigarette advertisements and the shiny campaigns used to sell the malevolent product to consumers in his film. 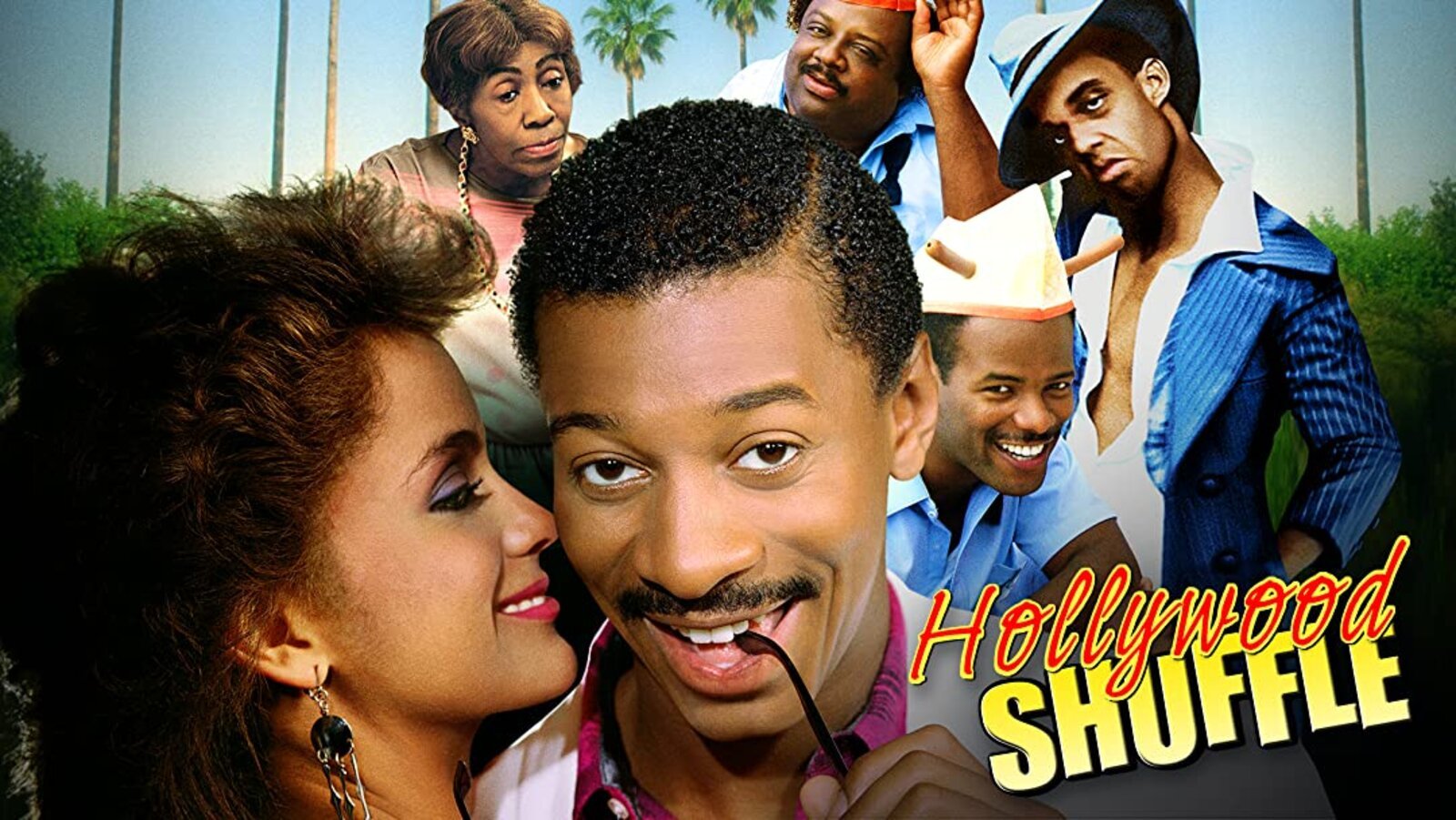 Hollywood Shuffle is a scathing satire about racism in Hollywood and the lack of substantial roles for African Americans in film & TV. The film stars Robert Townsend as Bobby Taylor, an aspiring young actor looking to make it in Hollywood. He’s quickly disillusioned to find that the only roles available to him are racist stereotypes.

This outrageous comedy movie on Amazon Prime is largely constructed of vignettes as Bobby daydreams about the sort of roles he would like to one day play. Satirizing many of the popular films of the time these vignettes are riotous & completely over the top. Townsend and a great supporting cast are hilarious in spoofs like Chicago Jones and the Temple of Doom, Dirty Larry, and Rambro.

Hollywood Shuffle showcases how black actors were treated so unfairly by the film industry. It looks at this treatment and laughs in it’s ugly face. It is a brilliantly funny & hopeful film about integrity & belief in achieving your dream. 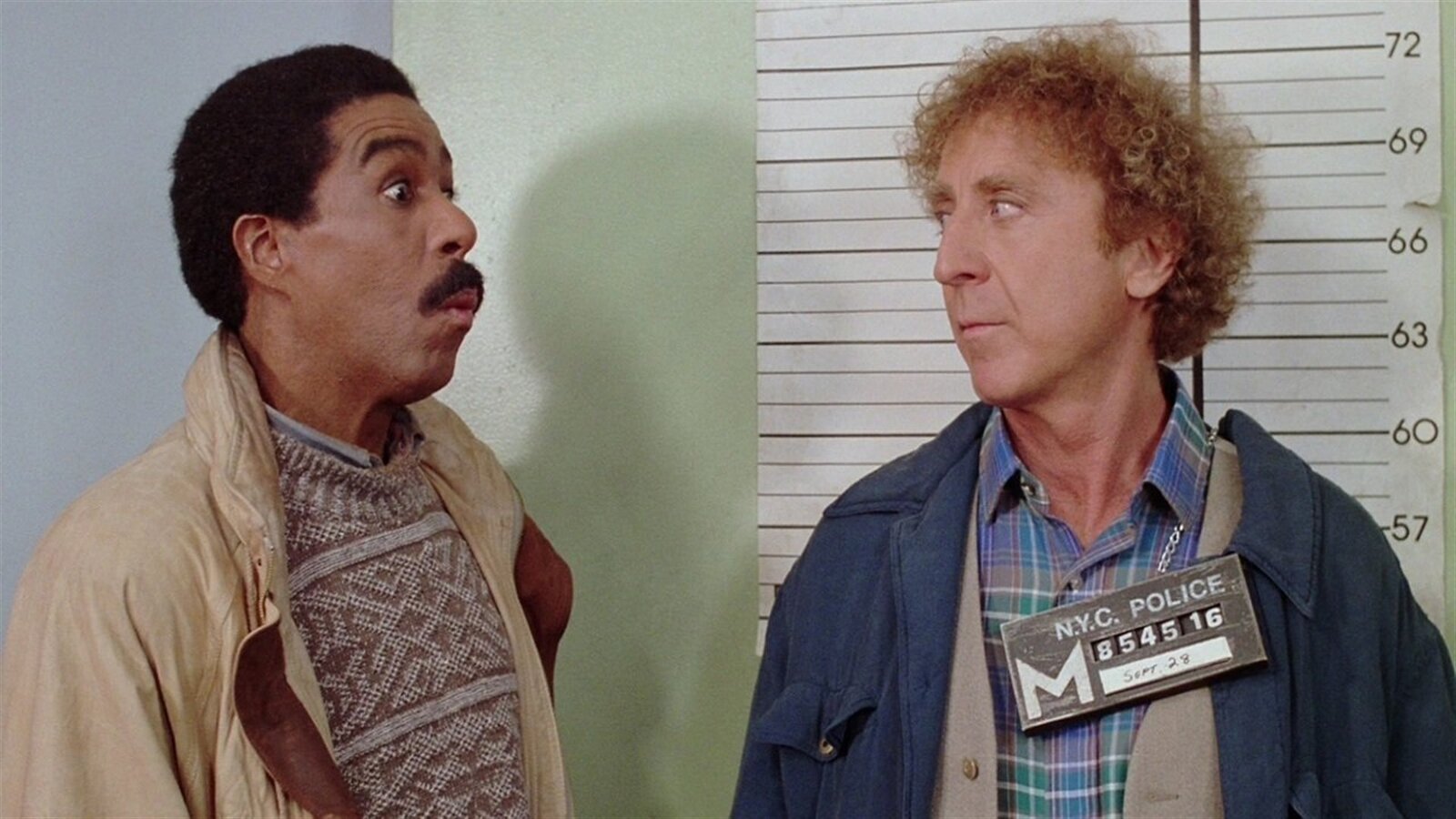 The third collaboration between Richard Pryor and Gene Wilder wasn’t their most well received, but See No Evil, Hear No Evil is still a film carried by two comedic geniuses. Pryor plays a blind man, Wilder plays a deaf man, and hijinks ensue.

The pair work together at a newsstand in New York City & after initially butting heads they become fast friends. Pryor & Wilder witness a crime, well sort of, and what follows is a slapstick comedy where the two must work together if they want to come out of it alive. 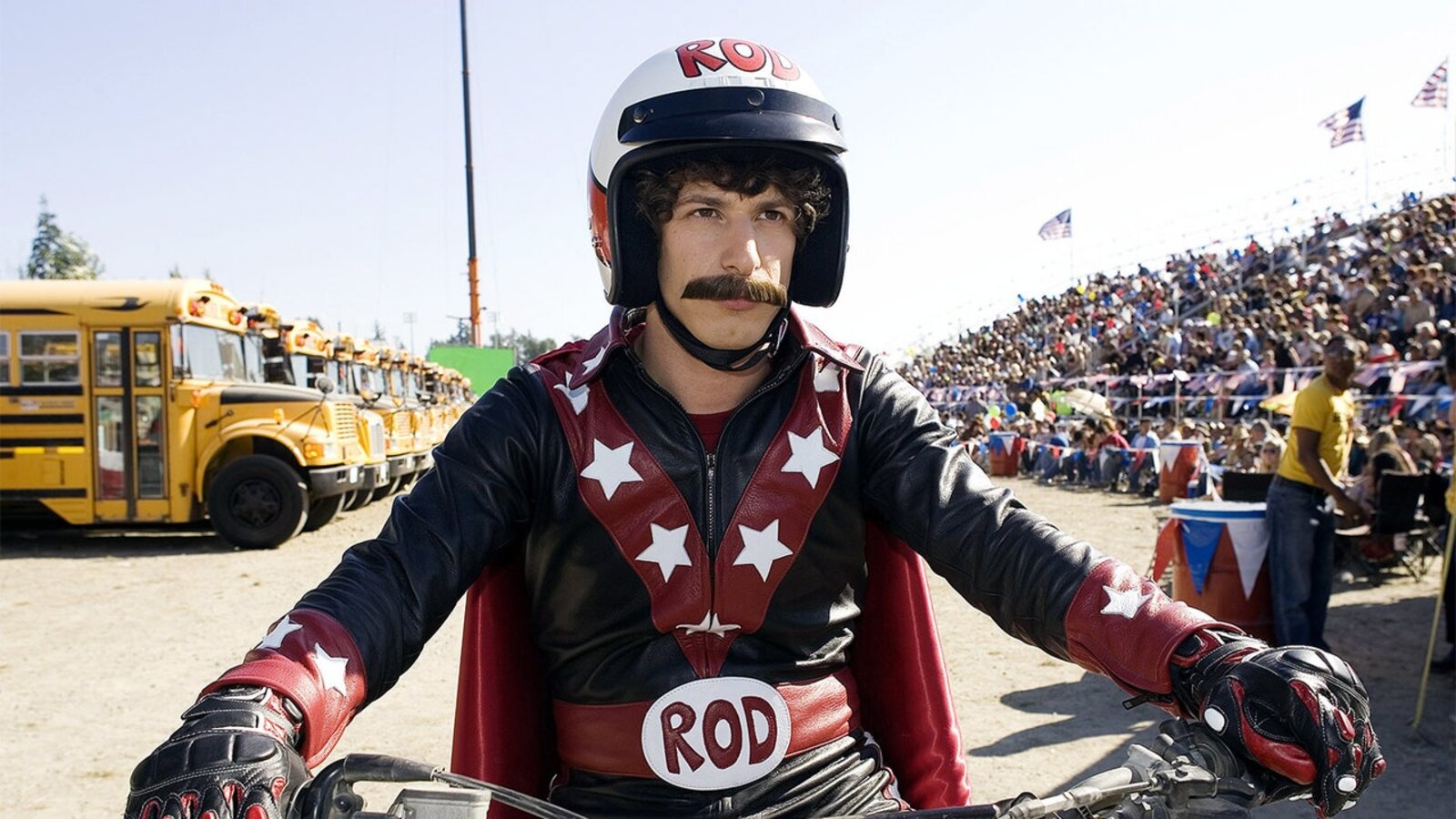 Hot Rod is truly one of the most hilarious comedy movies on Amazon Prime right now. The film was originally supposed to star Will Ferrell but after several delays, The Lonely Island (Akiva Schaffer, Jorma Taccone, and Andy Samberg) were able to rewrite the film and make it their own.

Starring Samberg as Rod Kimble, a wannabe stuntman & daredevil, Hot Rod has become something of a cult film. When Rod isn’t attempting, and often messing up, death defying stunts he spars with his stepfather Frank hoping to gain his respect. After finding out that Frank is in urgent need of a life saving, but expensive, medical procedure Rod sets out to raise enough money to save Frank and finally prove himself.

Upon release Hot Rod was considered something of a flop. Though many now view the film as a loving send up and tribute to comedy films like The Jerk & Billy Madison. The film features a great cast of several actors like Bill Hader, Isla Fisher, and Ian McShane. Sissy Spacek’s performance as Rod’s mother is legitimately heartwarming and authentic and forms a very real support for this very bonkers comedy.

Everyone needs a laugh, and these comedy movies on Amazon Prime are sure to bring a smile to your face. What are some of your favorite comedy movies? Let us know in the comments!