‘Altered Carbon’ season 2: Here’s why you should rewatch S1

Netflix’s Altered Carbon is one of our favorite TV sci-fi adaptations ever. Here are the top reasons why you need to bingewatch it now.

With its neon-lit cityscapes cast against a dystopian backdrop, where flying cars zoom through rainy metropolises and holographic pushers & prostitutes line the alleyways alongside scar-faced assassins, Altered Carbon might seem like an altered carbon copy of Blade Runner. Some of the scenes appear as if they were pasted directly from Ridley Scott’s neo-noir classic.

However, once you get past the surface similarities and make it through the initial scene-setting episodes, Altered Carbon finds its own ground as an inventive and intense sci-fi series with a storyline and character progression that make up for a bit of overreliance on cinematic clichés.

Set in the 24th century, hundreds of years after scientists perfected the storage of human consciousness, the story follows individuals who can load their minds into a series of bodies, or “sleeves”. This privilege comes at a high price, a detail indicative of the author’s commentary on today’s society.

Immortality – also known in the genre as immorbidity, as characters can be killed if their mind module is destroyed – involves cultivating or acquiring continuous sleeves. In other words, eternal life is only for the eternally affluent – an ugly example of what a human-made reincarnation could look like given both wide economic gulfs and uneven technological availability.

By creating such a vibrant and complex world, the viewer is automatically transplanted into an altered reality, which opens up numerous possibilities for futuristic viewer experiences. It’s natural to imagine this show with an augmented reality option allowing audiences to choose the fate of its characters and explore each individual location, from the impressive CGI-rendered cityscapes to the Ivory Tower of Laurens Bancroft, high above the clouds.

Writers who can craft a story & suspend disbelief

Meanwhile, Altered Carbon creator & screenwriter Laeta Kalogridis and her team of writers did a great job of adapting the series from Richard K. Morgan’s 2002 cyberpunk novel of the same name by revisiting the core mythology without dumbing it down.

While the dialogue ranges from the bad to the downright tacky, the gaudiness goes well with the overall feel of the series, and the fast pace and strong story pulls the whole thing together. Plus, what really matters is that the series hooks from the opening minutes and only builds the desire to binge episodes as it unfolds.

Unlike the recent release of Star Trek: Discovery, which received comments stating the “CGI is great but everything else is a major letdown”, Kalogridis has managed to craft a sci-fi series accessible to lovers of all genres, thanks to its character progressions and relationships.

For example, the central character Takashi Kovacs, a former soldier traumatically roused from a 250-year sleep unwillingly to solve the murder of a rich “Meth” – one who has achieved immortality – is mostly played by Joel Kinnaman (more on this later).

Without giving too much away, his connection with Quell, a role filled by Tony-winner Renée Elise Goldsberry, is beautifully played out – both touching & compelling. So while the dialogue might be on-the-nose at times, the well-written story overcomes this issue in ways both subtle & touching, an especially difficult feat when surrounded by so much visual mayhem.

Based on a crazily successful book

The series prevails through its key concept taken straight from Morgan’s book series, because unlike its sci-fi predecessors, the biggest threat to humanity isn’t artificial intelligence – it’s immortality. As such, The Verge drew parallels between Altered Carbon and Game of Thrones, explaining how ever since HBO launched its wildly successful low-fantasy drama, other networks have been on the hunt for the next big genre show.

“Amazon has Man in the High Castle. Starz has American Gods. Syfy has The Expanse. These shows demonstrated that science fiction and fantasy could be a form of astute commentary on society embraced by mainstream audiences, instead of just escapism. While Netflix has fielded its own prestigious shows, like House of Cards and The Crown, it has lagged behind when it comes to science fiction.

“Its new sci-fi thriller Altered Carbon finally delivers the goods: a hard-hitting genre story that doesn’t shy away from complexity and ugly truths about humanity.” It seems Netflix is betting on a Game of Thrones situation by building Altered Carbon’s story from an established novel, offering viewers the fantasy sci-fi they’ve been looking for. 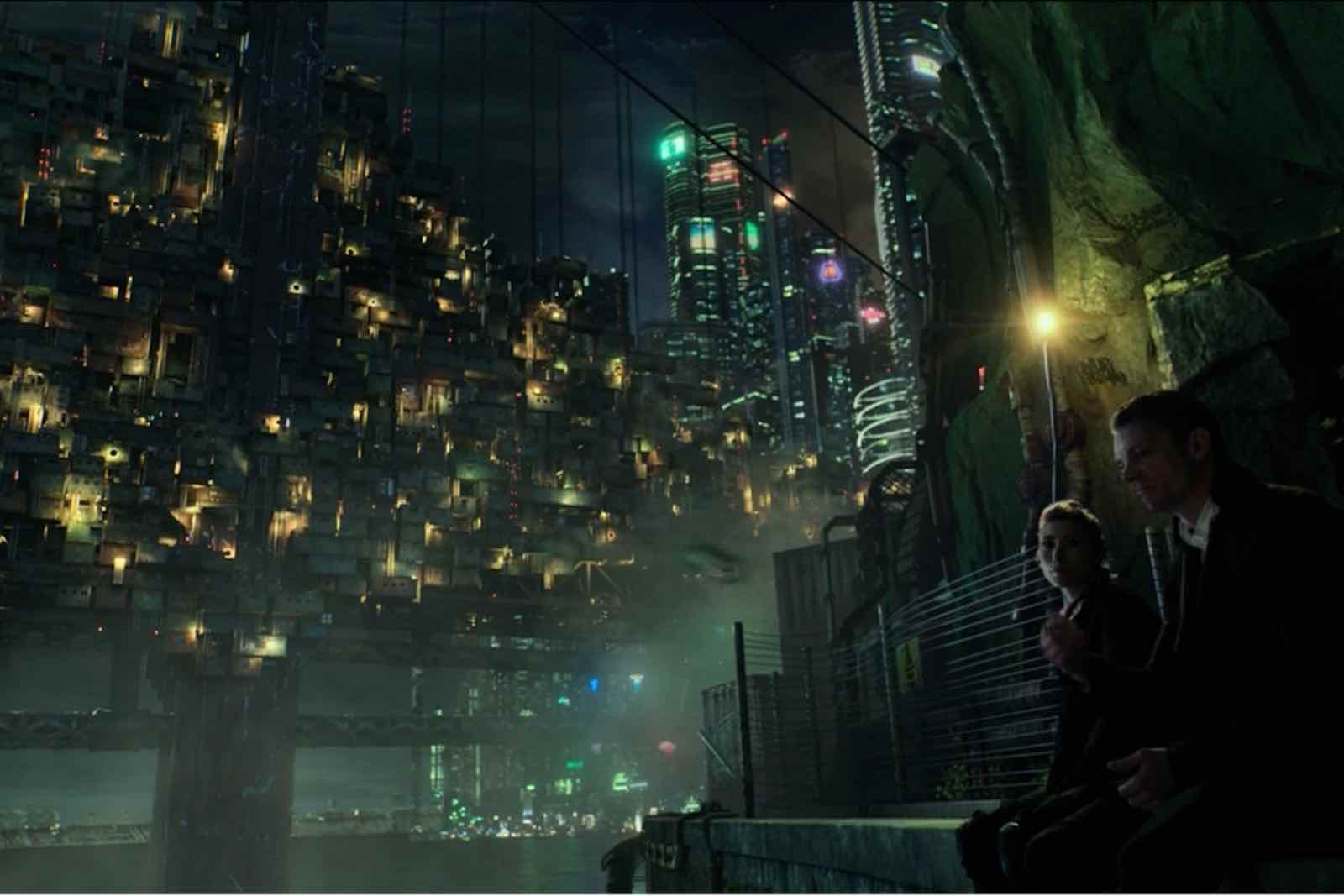 Even ahead of its release date, Altered Carbon ran into a whitewashing controversy. The story kicks off with Kovacs as a character of Japanese descent (Will Yun Lee). However, for much of Altered Carbon, the sultry fighter is played by hunky (but slightly out of his depth) caucasian actor Joel Kinnaman.

This has raised questions about whether the series is another example of Hollywood whitewashing, much like the concerns raised with Ghost in the Shell. However, in an interview with io9, Kalogridis explained her attempt at combatting the whitewashing issue by presenting Kovacs in three bodies, two of whom are Asian, and giving each character presence throughout the show.

Also, the plotline matches exactly what happens in the novel – Kovacs is a man of Japanese descent trapped in the body of a Caucasian, leading him to express disdain at being stuck inside a sleeve that does not look like him. Kalogridis simply stayed true to the story, meaning this is not whitewashing in the same way as Ghost in the Shell.

The perfect show to binge

In addition to imitating the strong characters in Morgan’s novel, what shines through is the show’s ability to convert a densely textured, hard-boiled cyberpunk novel into a ten-part binge-worthy Netflix show. It’s clear the creators studied what makes a show moreish and encapsulated all those tropes into one show.

Even non-fans of the science-fiction genre will feel drawn in by the crackling action sequences, complex weaving of past & present narratives, and intermittent moments of comic relief offered by the likes of enthusiastic AI characters such as hotelier Poe (Chris Conner). Altered Carbon might not be perfect, but we suspect its defining themes will ensure a brightly neon-lit future ahead.