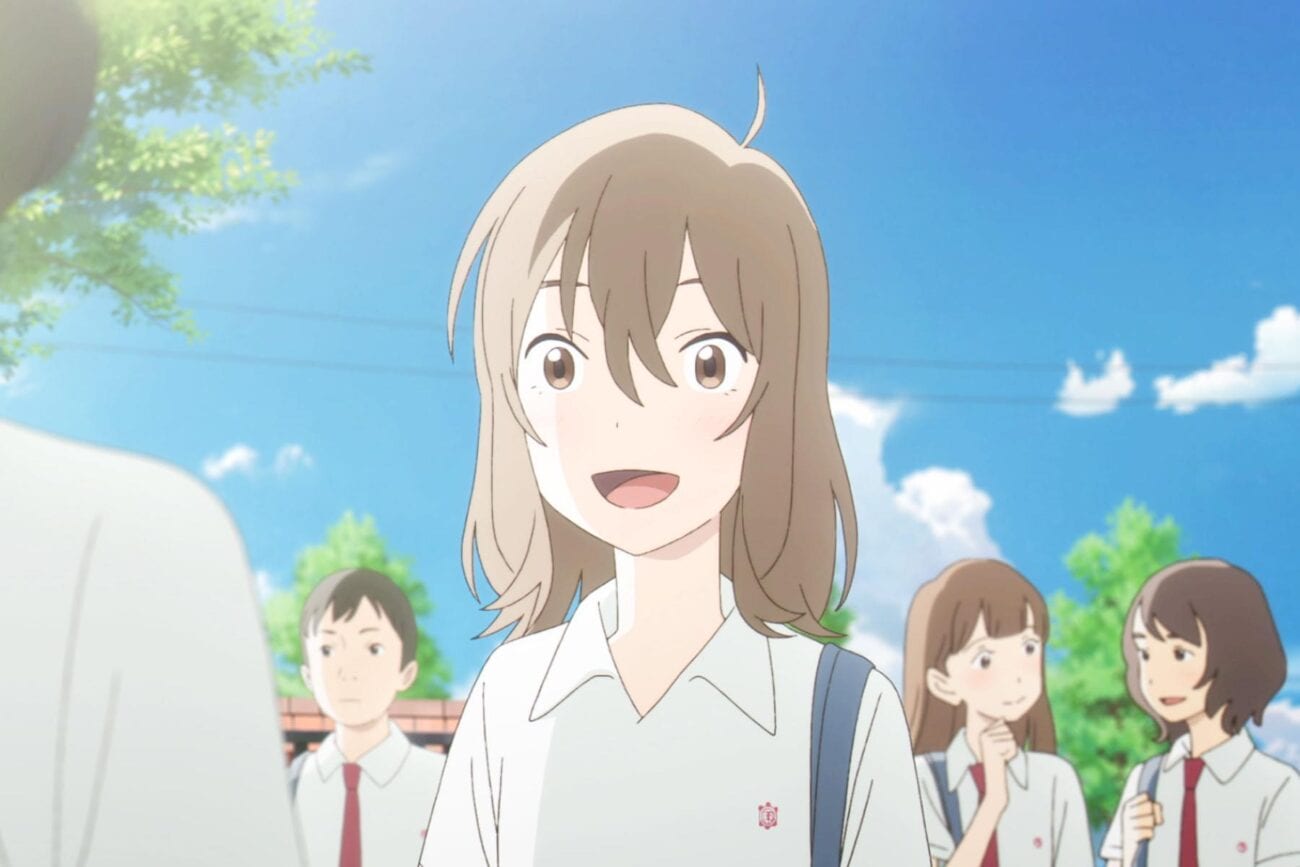 ‘A Whisker Away’ on Netflix will make you forget 2020 exists

If you’re a fan of the Studio Ghibli aesthetic, A Whisker Away on Netflix should fit right into your watchlist. It’s no Studio Ghibli– to compare any anime to the matchless Studio Ghibli would be preposterous– but A Whisker Away has characters with the characteristic adolescent naivete that makes them endearing. The movie is the perfect escapist’s tool – you’ll forget all about the trials of this year. 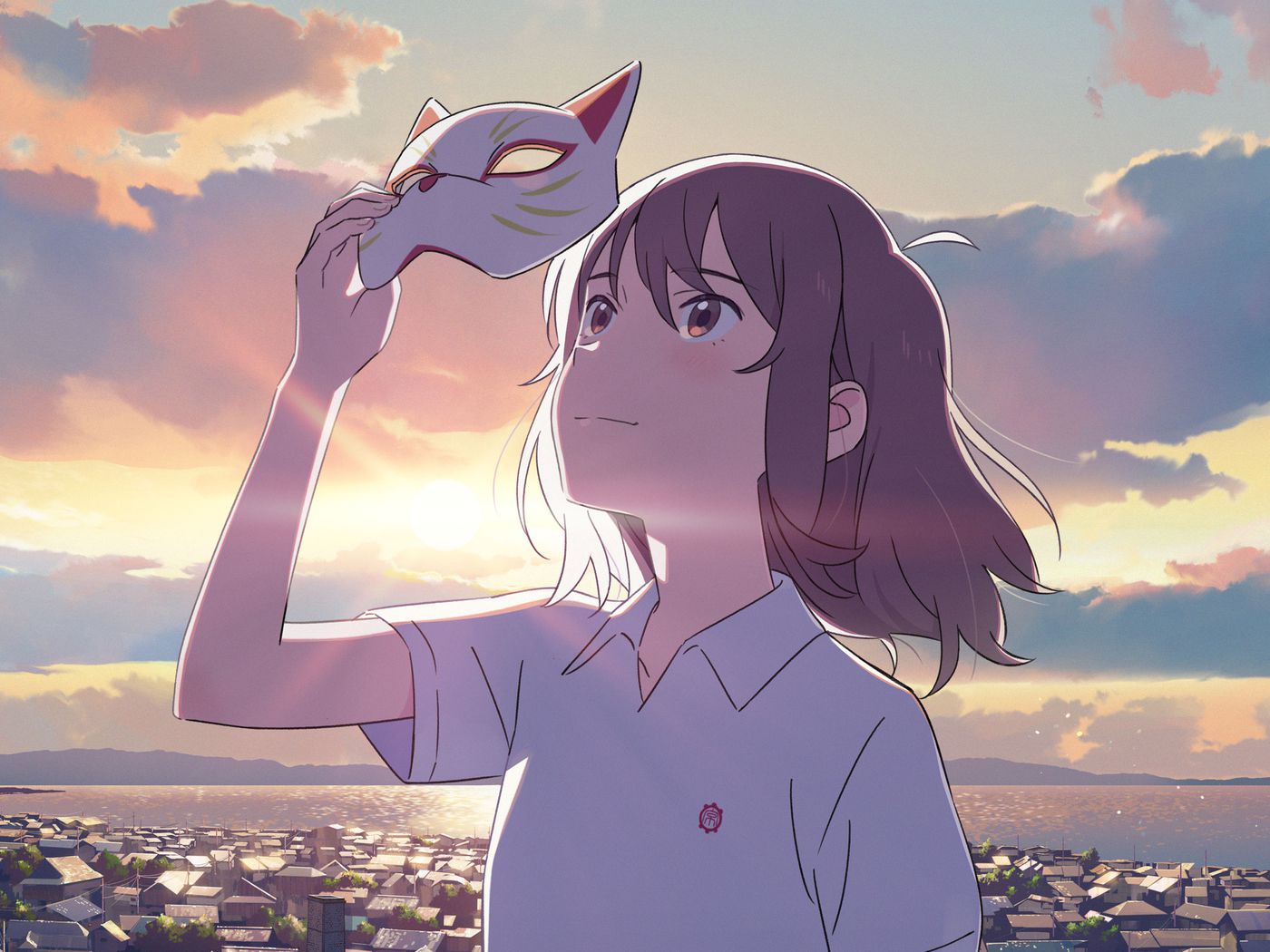 The magic of anime

The protagonist Miyo may be no Princess Mononoke, but Studio Colorido has made its mark in the anime universe with A Whisker Away. The breezy & bright animation balances the grim plot of the story in which Miyo Sasaki tries to win the affection of her classmate Kento Hinode.

Miyo stumbles upon a mask that transforms her into a cat & she sees the opportunity to use this to get Hinode’s validation. It’s borderline creepy at first – the idea that Miyo makes inroads into Hinode’s life by transforming herself into a cat, but we soon warm up to the idea, majorly because we receive subtle hints of why Miyo is so unhappy in her life. 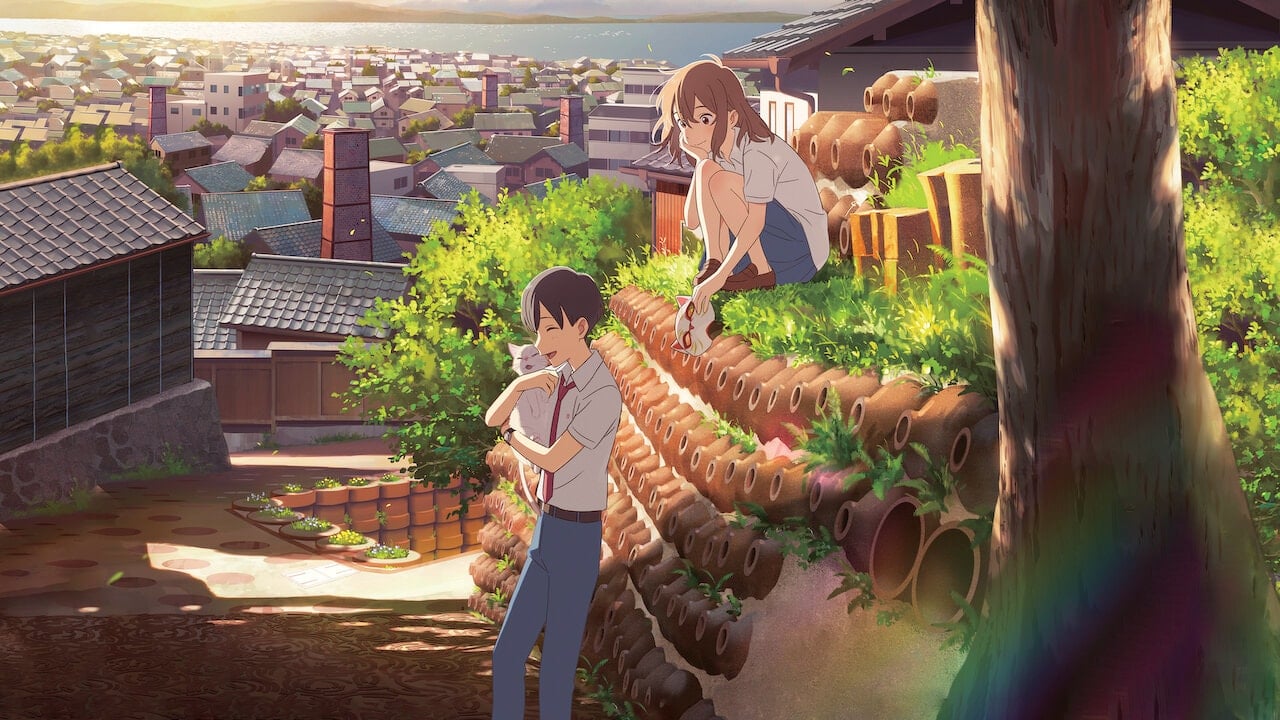 The Curious Case of Miyo Sasaki

Miyo’s unhappiness roots from her mommy issues. She doesn’t get along with her stepmother, but she tries to maintain peace. Her way of acting out is by pursuing this guy at school. Hinode repeatedly rejects her, which only makes Miyo more relentless in her pursuit. So when she enters his life as Taro, the cat, he has no suspicions.

A Whisker Away cleverly showcases her longing to be with Hinode as herself. This points to a larger theme – are we really in love with another person if they don’t accept us as we are? 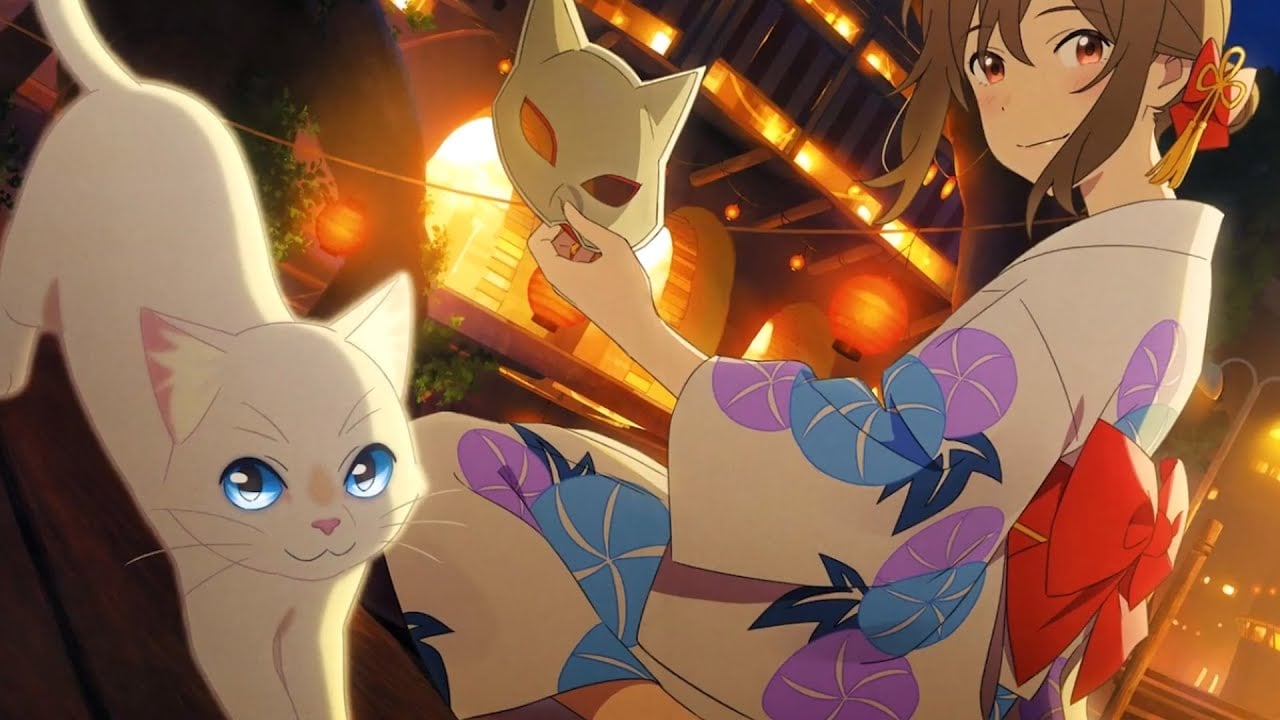 A calming, tumultuous romance of our times

Spending time with Hinode – even if as a cat – makes Miyo even more certain that she loves him. Like she says, “I was sick of this world but now I know it isn’t so bad. Because I met Hinode after all.”

So she decides to tell Hinode about it in a note. The note goes public & taken aback by the suddenness, Hinode publicly announces that he hates Miyo. She decides it’s better to spend time with him as a cat who’s loved than a human who isn’t.

This is the precise moment when things pick up speed. Her human face falls off in the form of a porcelain mask, claimed later by the mask seller, who promises to give it to a cat who wants to become human. In a grand twist of fate, it turns out to be her stepmother’s cat. 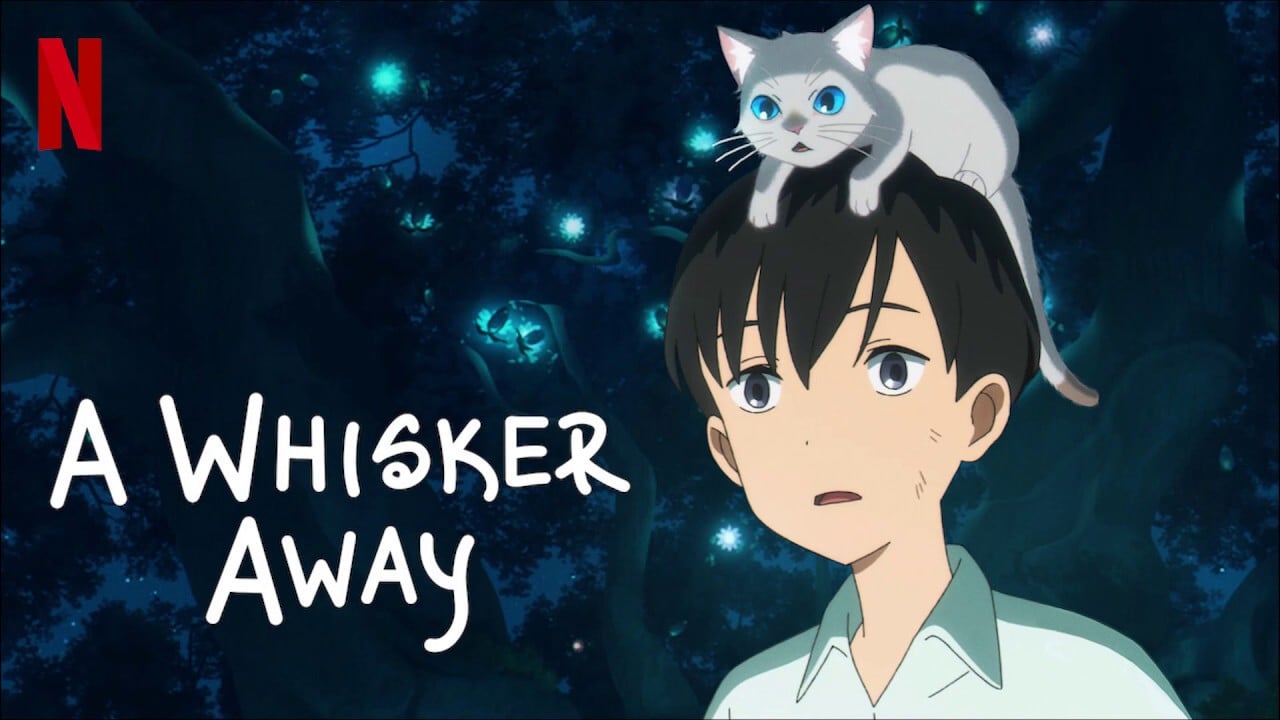 Are you feline fine?

Miyo slowly begins to realize that she misses being human. In the meantime, Kinako, the stepmother’s cat realizes she was better loved as a cat. In an attempt to salvage the situation, she shares this secret with Hinode. What follows is an adventure to return her face to Miyo before her transformation becomes indelible.

The movie ends on a positive note, so it seems really fitting for our times – after all the tumult, there’s still hope that things will get better. 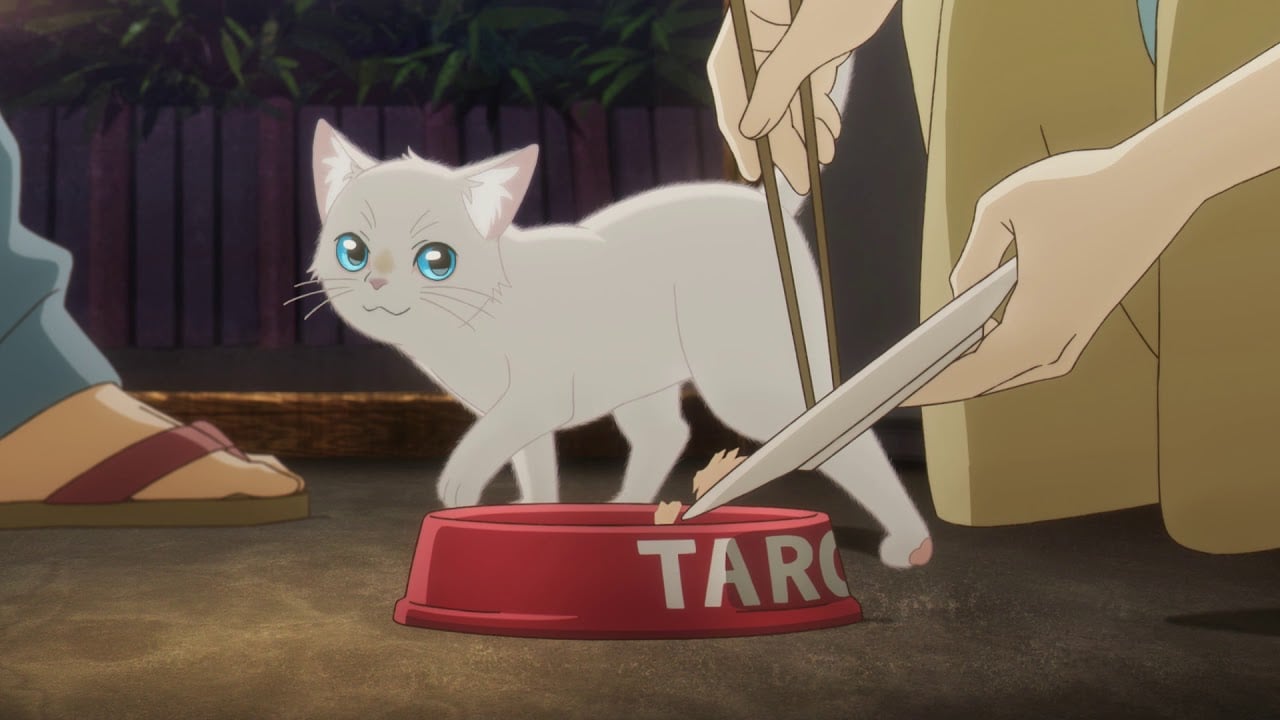 A Whisker Away looks at a lot of different themes, but it never makes any of these themes obvious. One of our favorites is the depiction of depression – it’s evident that Miyo is deeply unhappy & her coping mechanism is somehow a magical mask that transforms her into a cat. As a matter of fact, the literal translation of the original Japanese title is Wanting to Cry, I Pretend to Be a Cat.

Miyo is battling passive suicidal thoughts as she remarks, “I used to wish the world would end. Every single day.” The theme becomes nuanced as the plot progresses because Miyo learns empathy too. A Whisker Away does not pretend to have all the answers, but it certainly makes for a cozy watch.