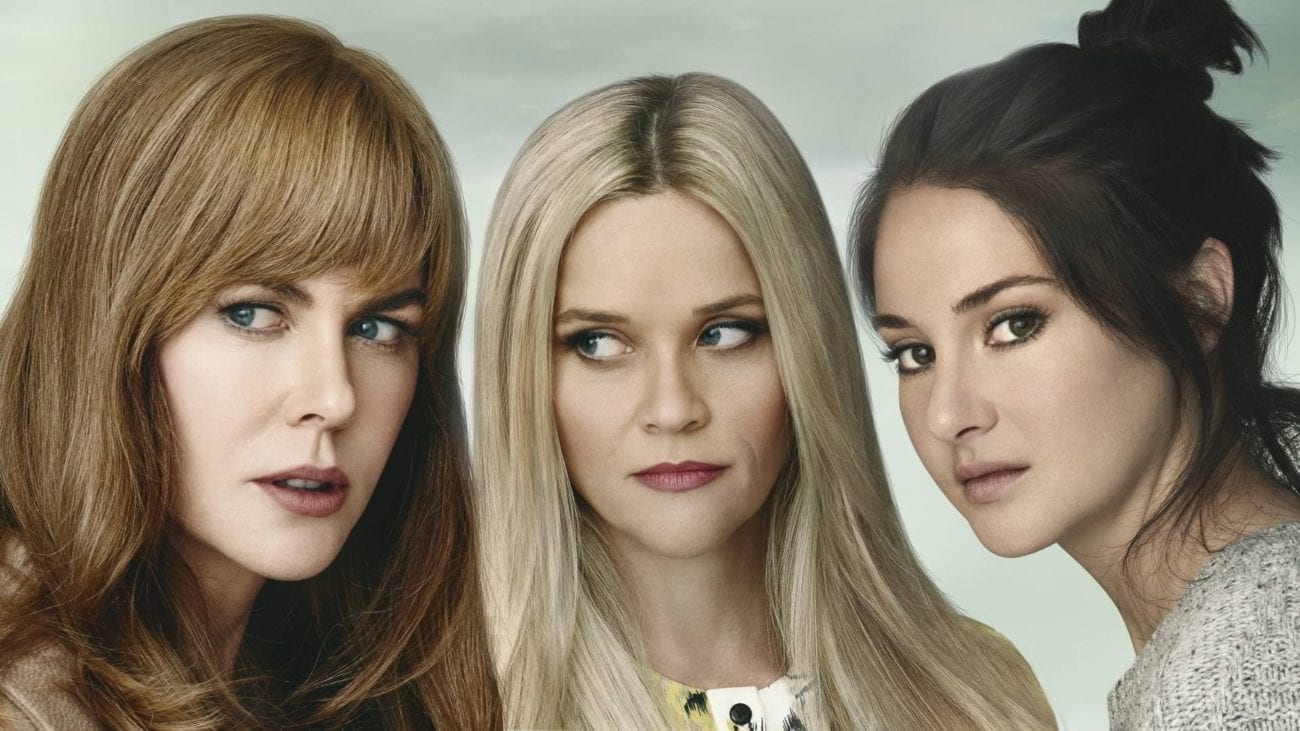 When S2 of Big Little Lies was first being discussed as a possibility, we were hardly overjoyed by the prospect. In fact, we did some heavy eye-rolling and gasps of despair that it was proof nothing is sacred – even a near-perfect limited series with a seemingly finite (and satisfying) end.

But a year later, we’ve changed our tune completely. We’re a fickle lot and we now want nothing more than to return to the sniping, headstrong moms of Monterey, their ludicrously beautiful homes, and the endless vault of drama their lives seem to inhabit.

HBO has further teased our desire for it with a suitably dark overview of what S2 will entail. Apparently, it’ll “explore the malignancy of lies, the durability of friendships, the fragility of marriage and, of course, the vicious ferocity of sound parenting.”

They sign off the brooding synopsis by making the second season like the suburban equivalent of Game of Thrones: “Relationships will fray, loyalties will erode . . . the potential for emotional and bodily injury shall loom.” Yeah, we’re completely sold on the whole shebang.

The second season has just wrapped production with a premiere date tapped for some time in 2019 (it may possibly drop in February, as the first season did in 2017), and by all accounts it sounds and looks better than we could have ever imagined.

For starters, the main cast are all returning with Reese Witherspoon, Nicole Kidman, Shailene Woodley, Laura Dern, Zoë Kravitz, and Adam Scott bringing back their beloved characters for a second chapter of the story. 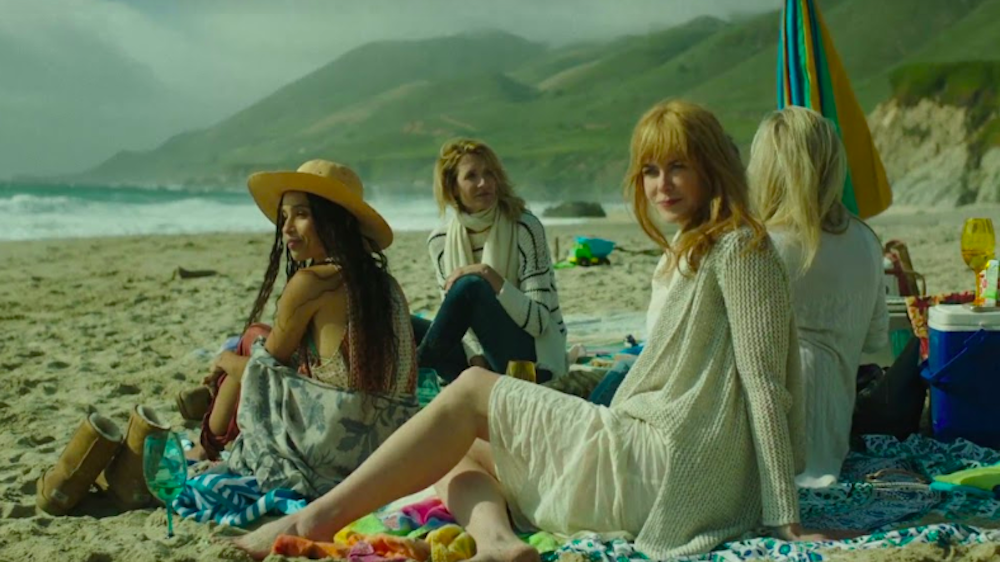 Arguably, the return of all the primary characters is probably one of the most important aspects of the second season we were initially so worried about.

After all, the first season thrived because it offered a complex study of a diverse set of characters set against a patient powder keg of physical and emotional tensions and mysteries.

As Kidman suggested when S2 was first proposed, the next chapter of the story has potential so long as the characters are developed just as well as the first season did.

“So much of it is trying to stay true to the characters and their voices. If we can do it, then it will be done. I believe their stories warrant it and I don’t want to abandon them. We don’t want to sell them short, either. But I’m hoping we can find it if we take the leap.”

Giving us further confidence that S2 is worth getting hyped for is that S1 writer and showrunner David E. Kelley has once again written all seven episodes for the second season based on a story outlined by Liane Moriarty (the writer of the original novel).

Furthermore, acclaimed filmmaker Andrea Arnold is taking over from S1 director Jean-Marc Vallée, which gives us hope that the show will retain its sharp vision.

But there are two other elements to S2 that have us especially excited for it. The first is Meryl Streep as Celeste’s mother-in-law, Mary Louise Wright.

An early behind-the-scenes image showed Streep hanging with Perry and Celeste’s children while wearing an extraordinarily bad wig (honestly, we’re stunned by it). So far. so very middle of the road.

However, a newly circulated behind-the-scenes image appeared to show Witherspoon’s Maddie throwing an ice cream at the character in a fit of signature rage. That suggests (as fans have hoped) that Streep will be bringing some serious drama to Monterey. 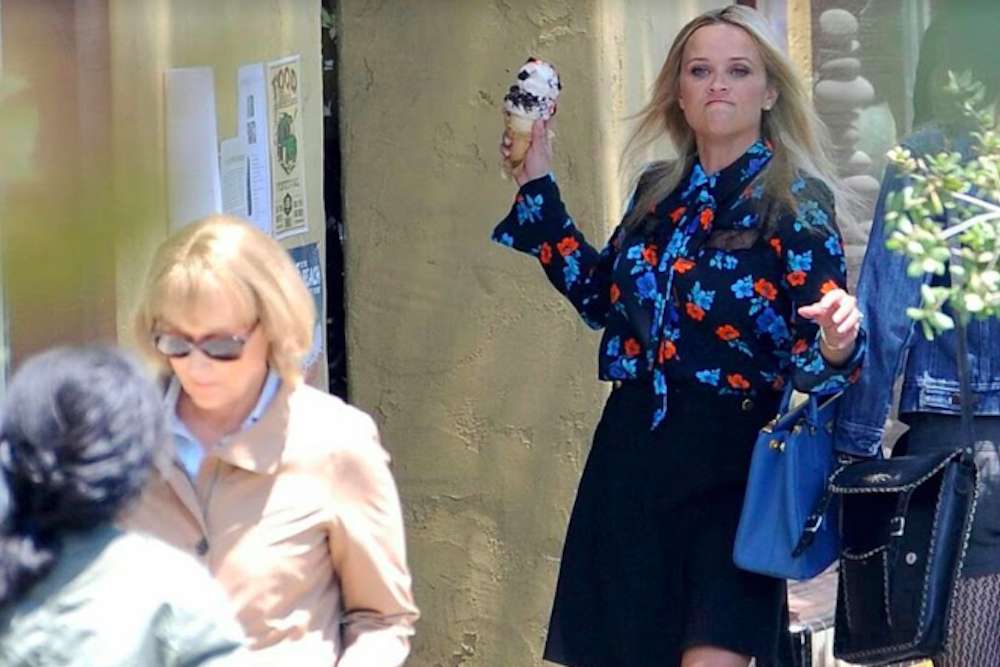 Which everyone surely half expected. You don’t hire a prestigious thespian like Streep just to play a loveable grandmother – mama Wright is going to be bringing some high drama and we can’t wait to see Streep chew some scenery and really serve it.

Which brings us to our second point of excitement for the show – Alexander Skarsgård could be returning as Perry Wright.

Last we saw of the abusive asshole of a character, he was crumpled at the bottom of some tall steps looking dead AF.

But in an interview with NBC, Skarsgård teased that he may be returning to the set and joked, “I don’t even know if I’m really dead or not. I feel okay right now but we’ll see.”

There’s been no other suggestion that the actor will be returning, but we’re intrigued by the possibility regardless.

We can’t imagine the show will pull some telenovela twist and suggest Perry had a twin brother or somehow survived his murder, but we also hope the actor won’t just be around for gratuitous flashbacks if he does return.

Considering the abuse he inflicted upon both Celeste (Kidman) and Jane (Woodley), there’s a chance Perry could exist as a figure of peripheral PTSD torment – just because he’s dead now doesn’t mean he can’t still make these women suffer.

Speaking with Marie Claire, Woodley suggested she wants Jane’s S2 arc to delve into the character dealing with the shock of being face to face with Perry long after he’d raped her. And we’re inclined to agree with her.

“I think it would be interesting to explore the psychological trauma (Jane) is undergoing post seeing him. I think there’s an assumption that these things are quick to heal once you begin therapy or once you have that closure. But these are lifelong pains that you’re constantly working through.”

At its core, this idea was practically the backbone of S1. Whether directly or indirectly and whether they even realized it or not, all of the women of Monterey were haunted by the emotional, physical, and sexual abuse of men.

It wasn’t until that final denouement where Celeste, Maddie, Renata, Jane, and Bonnie address that fact silently between them when faced with Perry (before pushing him to his death) that we see that fact openly acknowledged between the women for the first time.

Prior to that, they snipe and push at each other. They blame one another for every misdeed or struggle. They fail to solve the mysteries of their respective troubles because they choose to portray perfection rather than share their struggle and suffering.

Essentially, S1 of Big Little Lies shows the corrosion of a community devoured by secrets and silence.

But with a new secret eating away at the town (that of Perry’s murder and the women complicit in it), S2 could show the strengthening of a community and of women drawing power from secrecy.

A harsh reckoning could be coming to Monterey and we can’t wait to see it go down.

‘Run’ on HBO: The sexy escape you didn’t know you needed 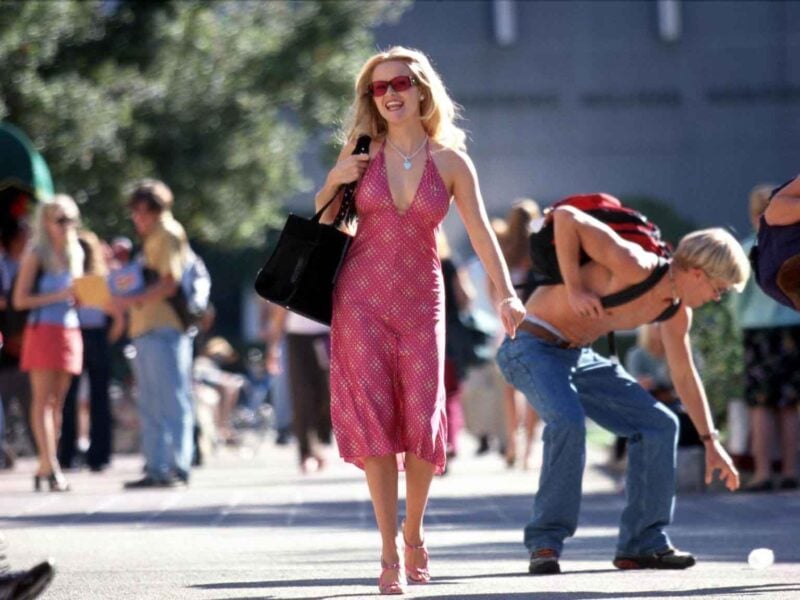 Oh my god, you guys! Everything we know about ‘Legally Blonde 3’