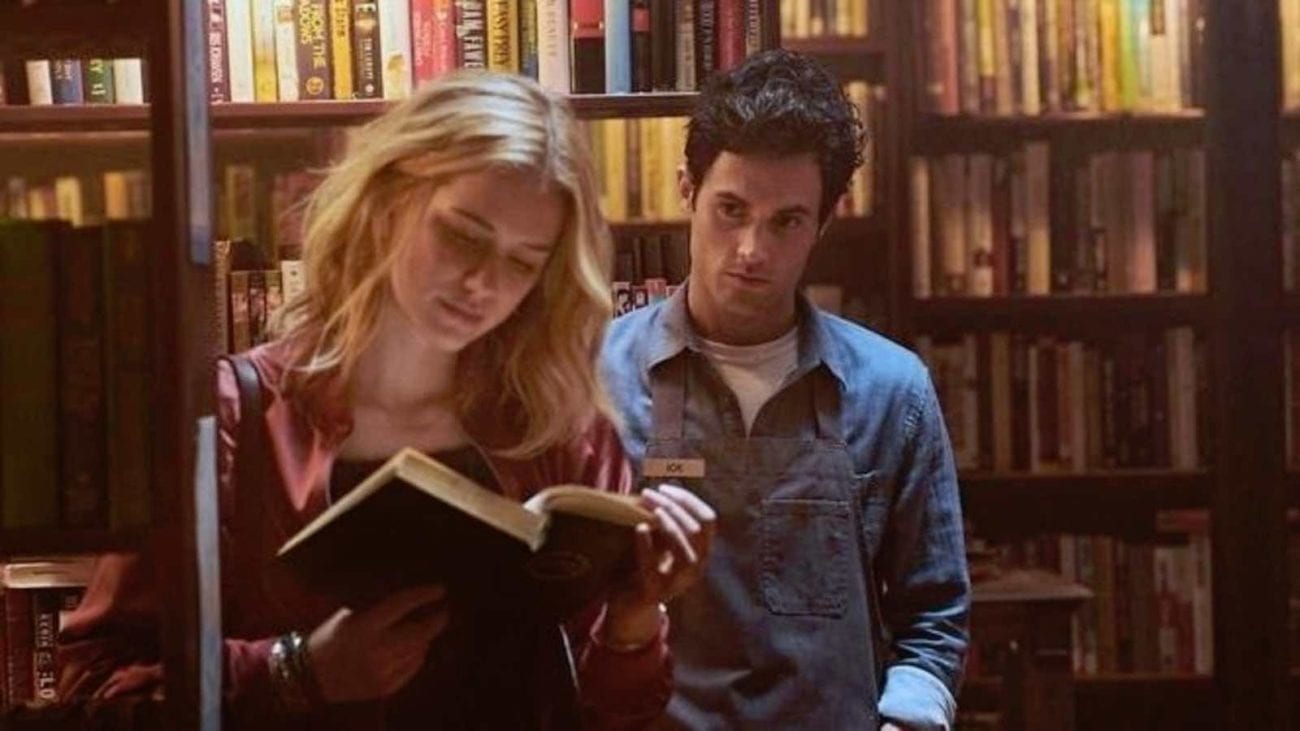 The second season of You dropped on Netflix in late December, and given the show’s propensity for lustful murder, we went straight into the season expecting a death quota. But, we never thought it would be this high. We’ve already started counting down the days until season 3 begins.

For those unaware, in You, we’re introduced to Joe Goldberg (Penn Badgley), a New York City bookstore manager who becomes enamored with a local student and writer, Guinevere Beck.

After some heavy stalking, Joe eventually nestles his way into Beck’s life as her boyfriend—but as events unfold, it becomes clear that the pair are destined for quite a few fatalistic punches. Also, why the hell is Beck so damn unaware the entire season. 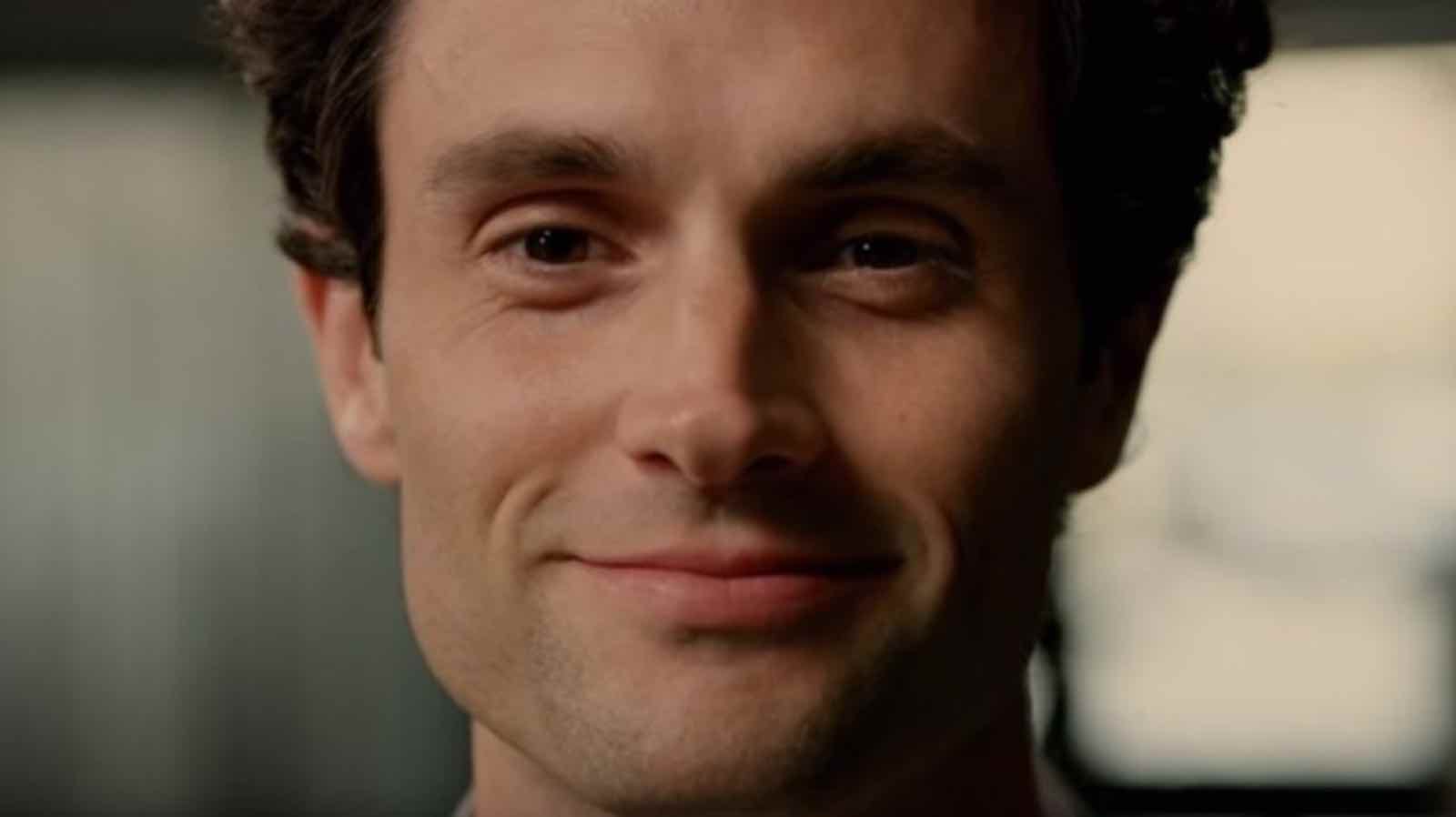 Anyway, as the body count continues to rise going into season 3 of You, so do our expectations for the series. Everyone knows Joe—or rather, Will Bettelheim (his new alias)—isn’t shedding his old ways just yet. Yes, Penn Badgley’s character is book-smart and easy on the eye, but he’s also a serial killer. Stay safe out there, kids.

We’ve nearly lost track of the kill count over the past two seasons of You, so we’ve put together a comprehensive list of all the deaths that have taken place thus far on the show, and how they all went down. Spoilers: Joe is still utilizing his plexiglass torture box, in case you were wondering. 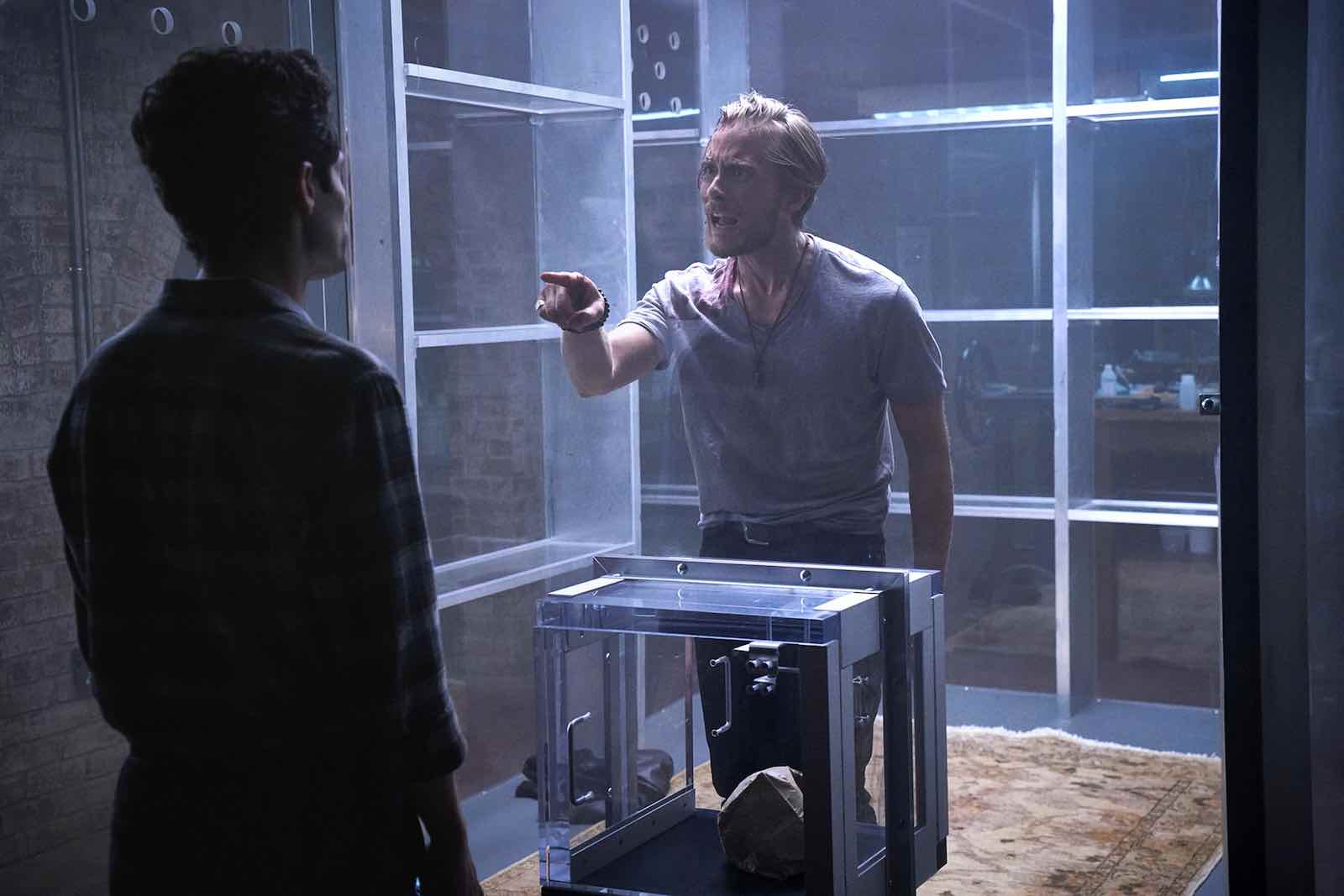 Beck’s former love interest Benji—who’s frankly kind of an asshole— proves to be harder to shake off than Joe first anticipates. In the end, Benji is lured into the bookstore’s basement, smacked over the head, and imprisoned in a glass cage (aka plexiglass torture box) where the bookstore’s antique books are kept.

After being in the cage for a time, Joe eventually decides to kill Benji by putting peanut oil in his fancy vegan latte, to which he’s highly allergic to.

As one can imagine, this marks the end for Benji–until Joe removes the deceased Benji’s teeth and hides them in a box of murder trophies—only for Beck to discover them later in his apartment. Uhm, weird. 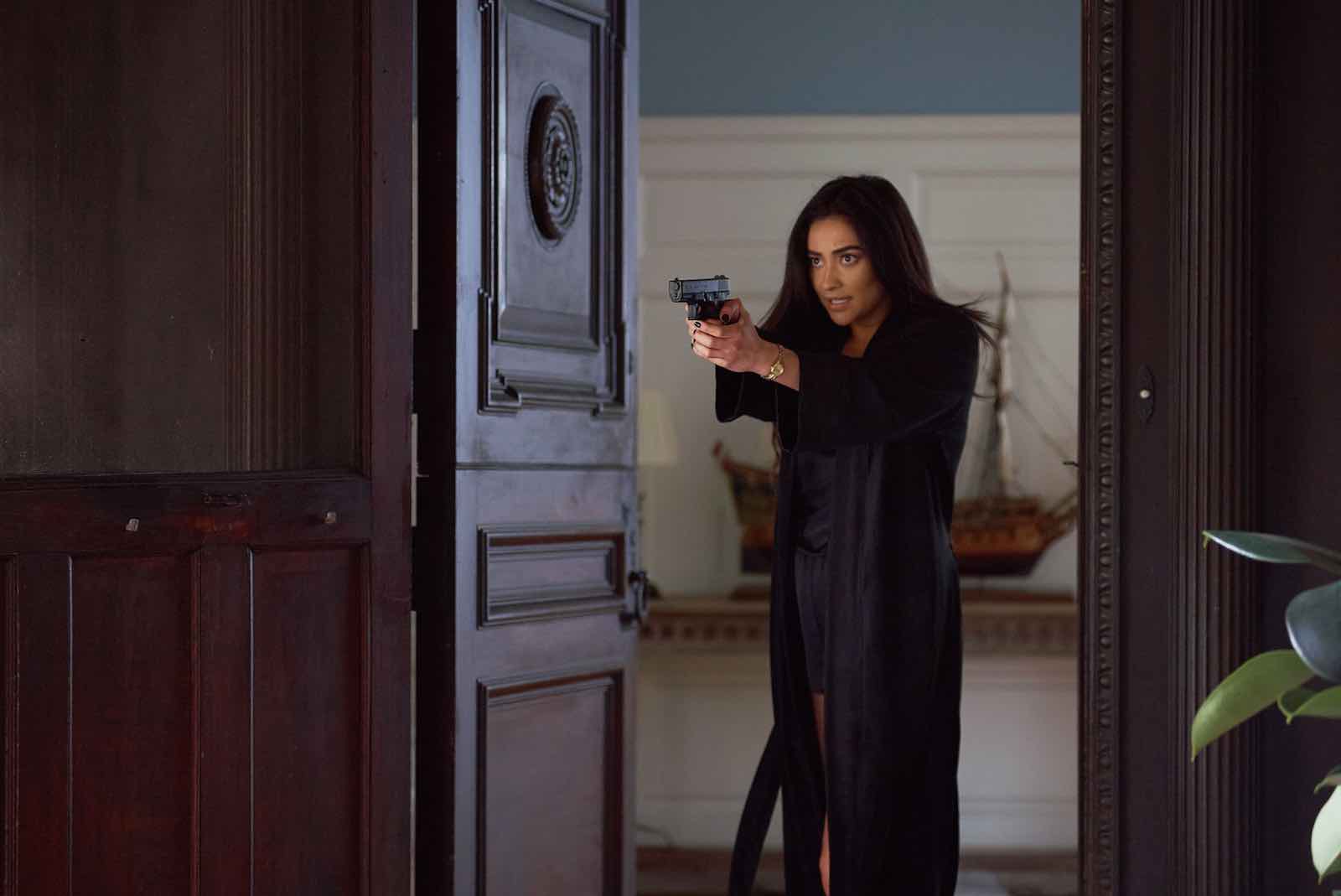 Peach is immediately able to see past Joe’s charm and therefore tries to convince Beck that he is no bueno. Sadly, her attempts prove to be futile.

Though she bounces back after Joe initially hits her over the head with a rock in Central Park, our queen dies for real at the end of the season at her family’s home in Greenwich when Joe shoots at the estate. He then proceeds to write a fake suicide note to cover his tracks. That said, he does leave a jar of his urine behind . . . .

Sure, Peach is privileged beyond measure and ostensibly just as obsessed with Beck as Joe is. But Shay Mitchell does not deserve this.

In a series of flashbacks, we learn that Joe’s ex-girlfriend Candace cheated on him with a music industry executive named Elijah. Livid and heartbroken, Joe decides to push back but actually ends up pushing Elijah right over the edge of a building in New York. 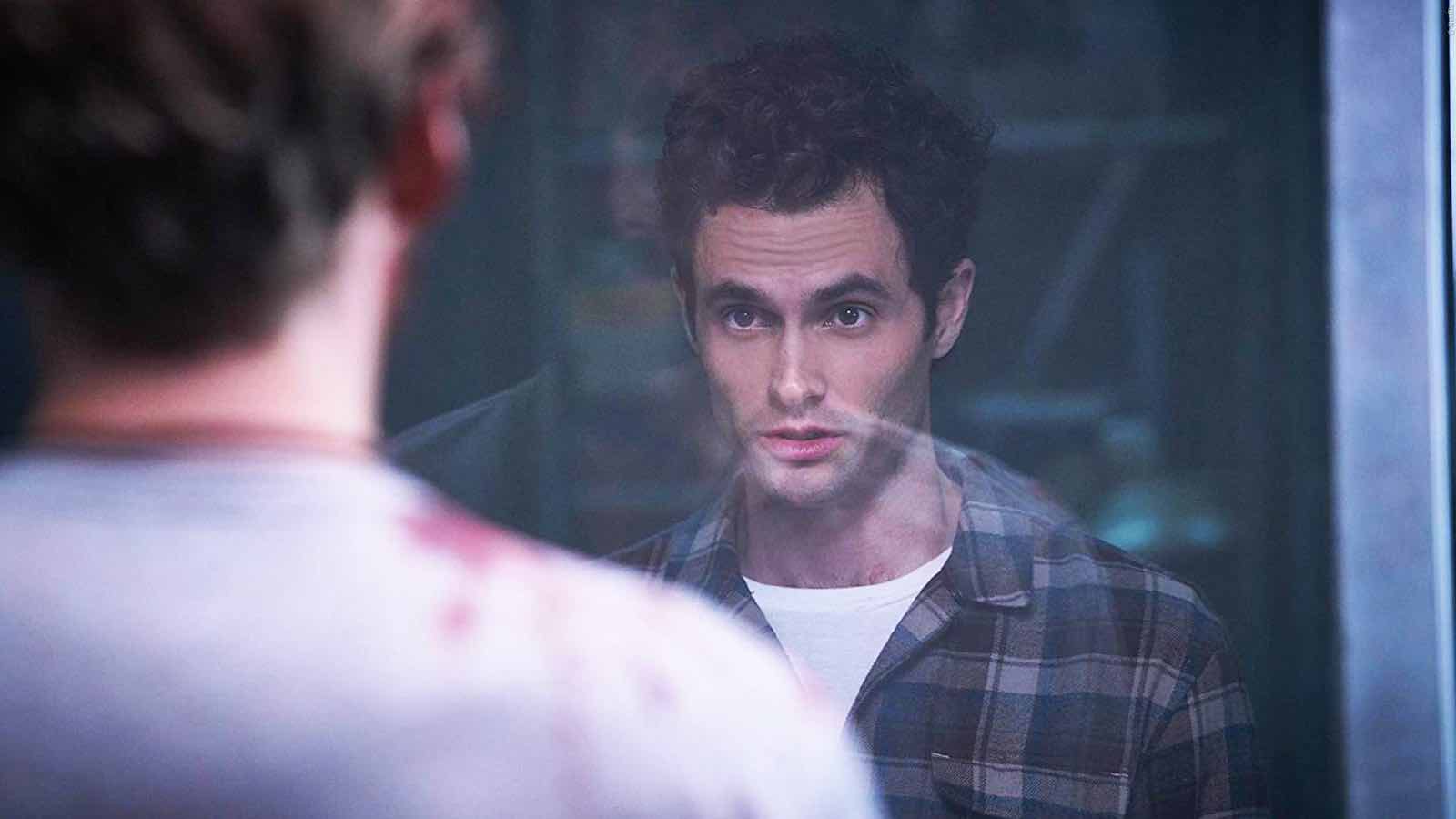 Coming to the aid of any troubled youth, Joe feels it’s his duty to protect his neighbor Claudia’s son, Paco. Ron is far from a saint, as he’s abusive to Claudia, which subsequently causes Paco emotional trauma.

At first, Joe’s actions seem legit and like they’ll redeem his character. However, we soon realize Joe is creating a mini-me, as he and Paco involved in his schemes. 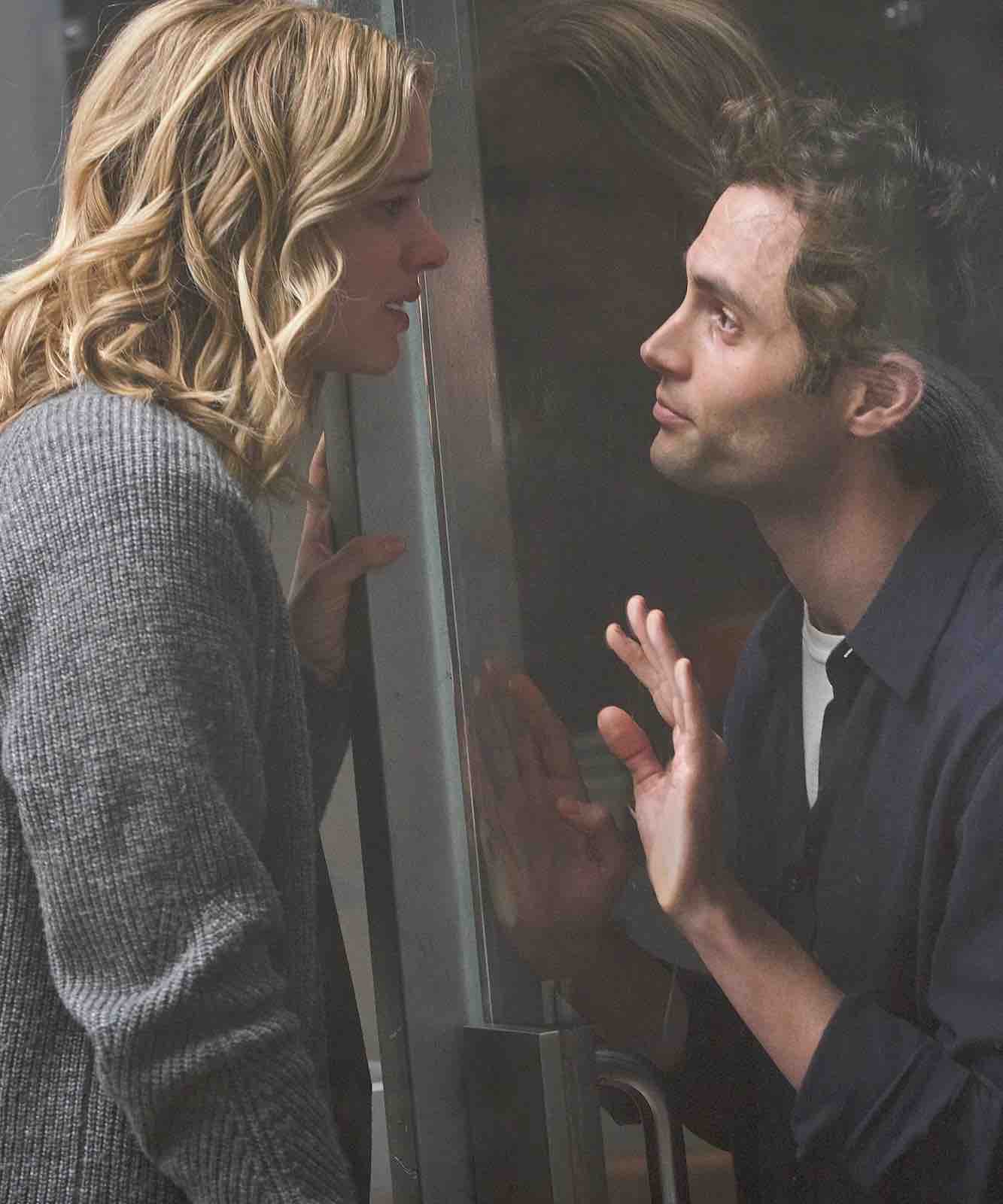 In the final episode of season one, Beck is trapped in the plexiglass hell box but very nearly outsmarts Joe by luring him and stabbing him with a typewriter key. Unfortunately for Beck, Joe overpowers her (after a pretty nasty bash to the head nonetheless) and presumably strangles her to death.

While the method in which she dies is not shown, we do discover that Joe pins the murder of her therapist Dr. Nicky (the ineffable John Stamos).

We’re not gonna lie, we’re not so distraught on Joe killing this dude, as he’s seriously psychotic.

Jasper was after the real Will Bettelheim (whose identity Joe stole) after he swindled him out of $50,000. Not having met the real Will in person, Jasper then chops off Joe’s fingertip and threatens him if he doesn’t come up with the money. Backed into a corner, Joe decides the only way out is murder.

That said, the way in which he disposes of the body is shocking, to say the least. In a strange and rightly macabre montage, we see Joe cut up Jasper’s body, before feeding it into a mincing machine at work.

Much like season one of You when Joe kills Paco’s abusive step-father, he goes into vigilante mode upon finding out that beloved comedian Henderson takes advantage of underage girls.

It’s Joe’s neighbor Delilah who reveals the truth about the celebrity, as she recalls a memory of her assault at age 17.

Joe then hatches a plan to drug and tie up Henderson, forcing him to admit to his actions on camera. But in a failed attempt to escape, Joe pushes a tied-up Henderson down the stairs, unintentionally killing him. Once again, Joe stages the death as a suicide. 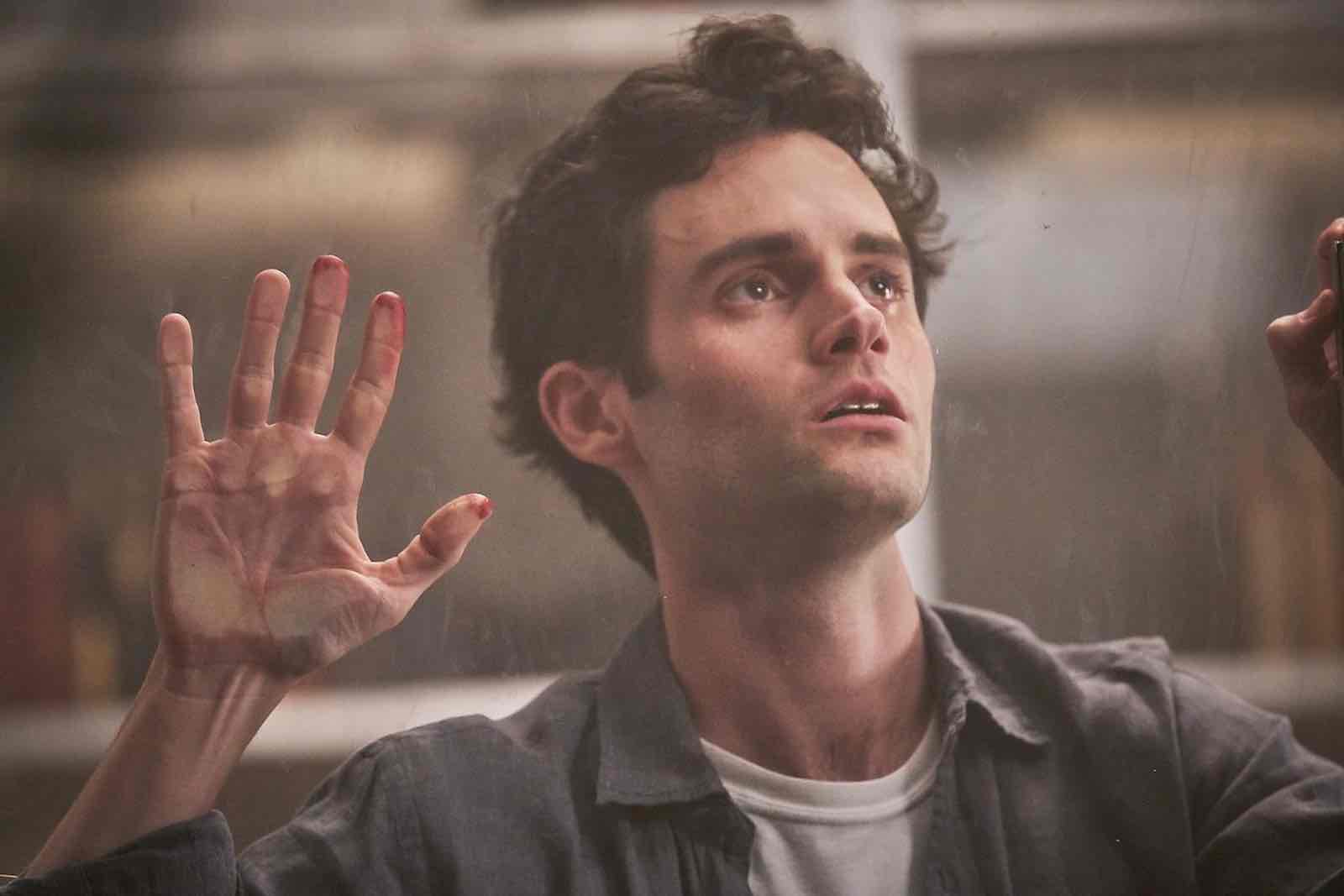 Season two of You not only covers new ground and introduces a new cast list, but it also grants viewers access to Joe’s miserable and traumatic past.

In one flashback, we see Joe’s mom being abused by her husband (who is possibly Joe’s father, as well). Young Joe then steps in, shooting and killing the man in a bid to save his mother. 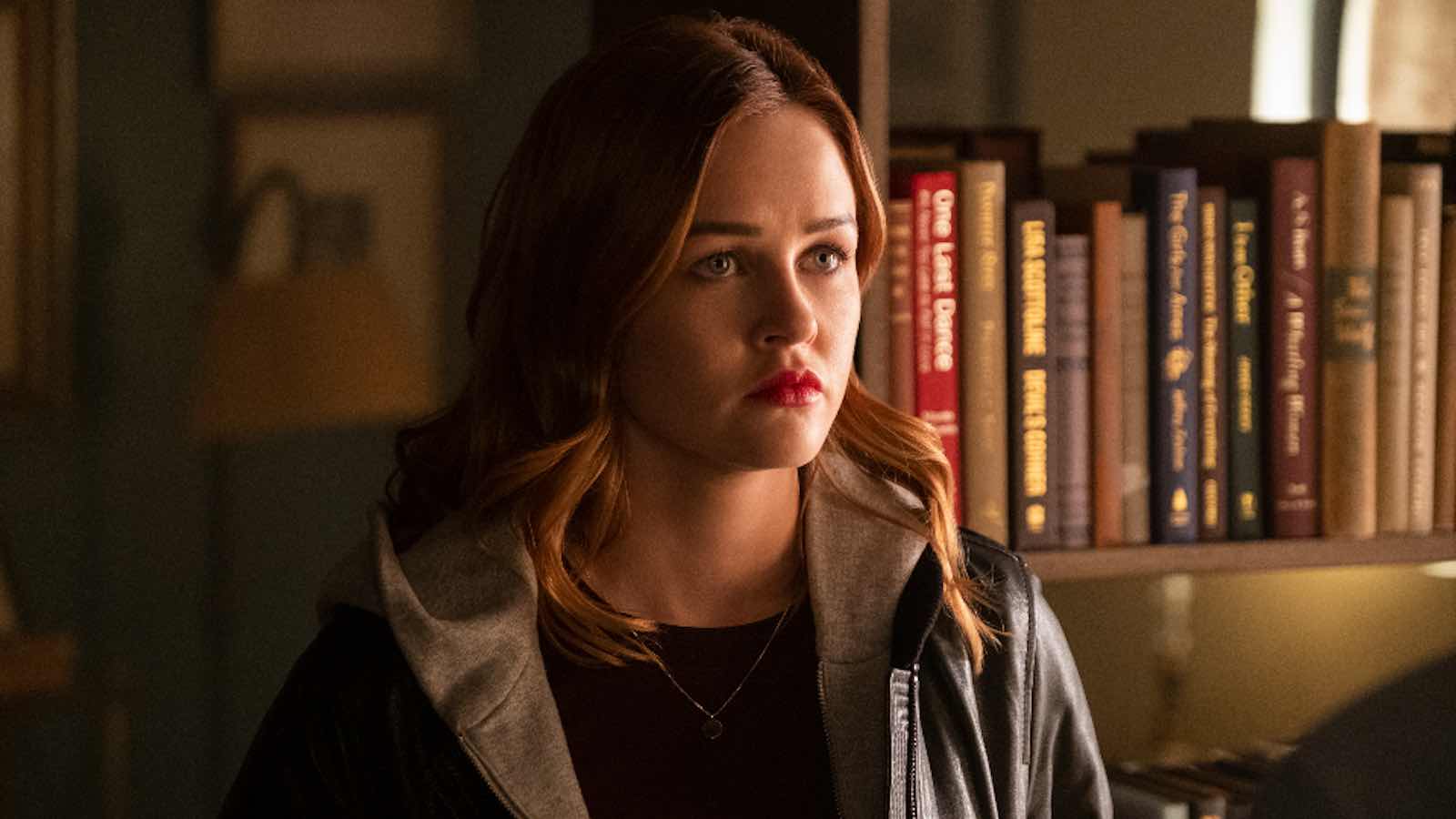 Though we may have thought that Love Quinn was the breath of fresh air Joe Goldberg needed to start anew, reality quickly reared its ugly head as it’s revealed she’s just as twisted as he is.

As seen at the beginning of season two, Candace survives Joe’s attempt to kill her and vows to make his life hell. When she finally tells Love about Joe’s past, she hoped to save her from the same suffering. Instead—plot twist—Love murders Candace because she doesn’t want anyone or anything standing in the way of her relationship with Joe. 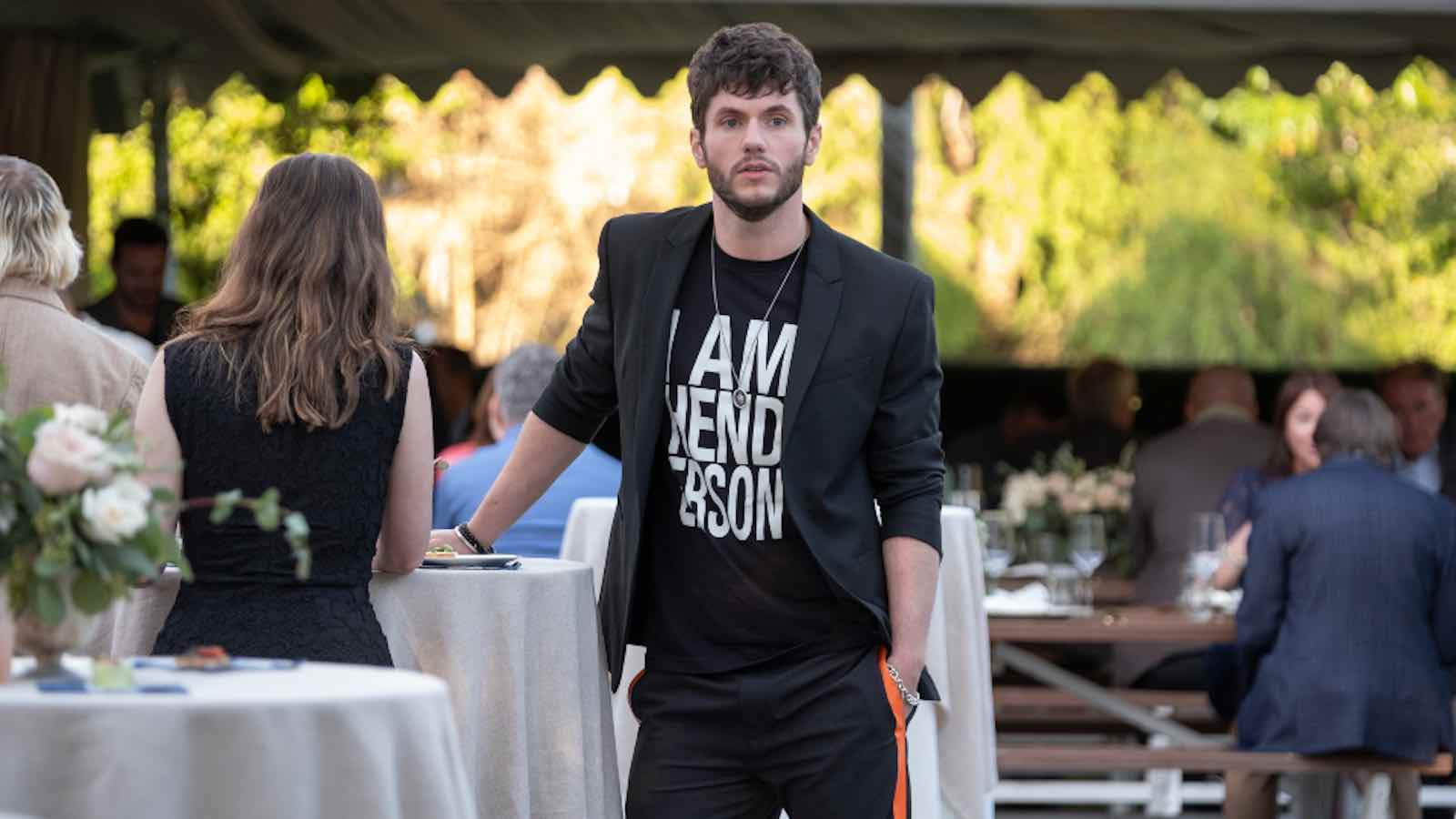 In one of the most devastating deaths of the season, Forty is mistakenly killed by police officer Fincher, when we went to Anavrin to warn Love about Joe. 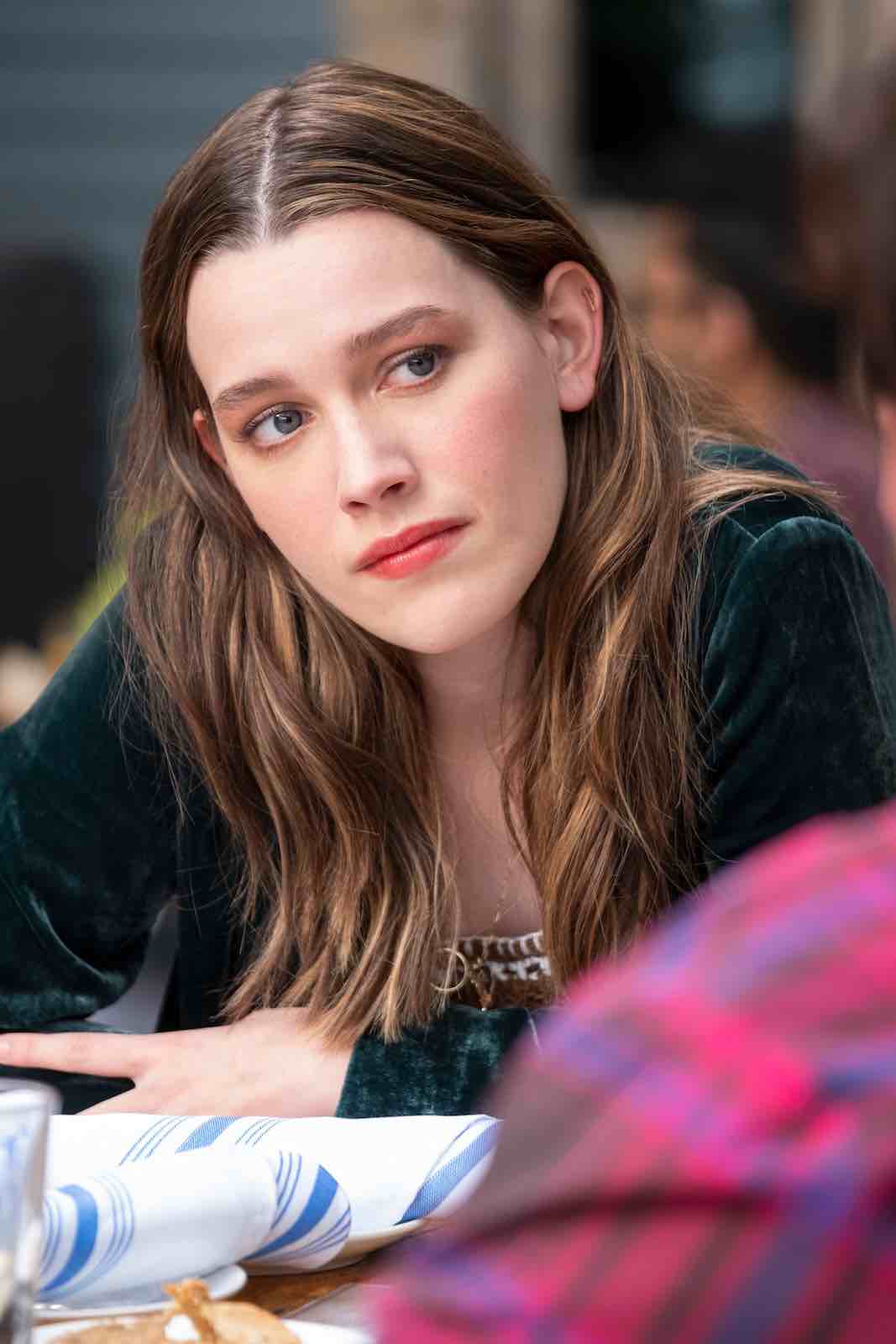 In an early episode of the second season, it’s revealed that Love’s twin brother Forty orty was abused and sexually assaulted by their childhood nanny.

At first, we’re led to believe that Forty is responsible for killing the nanny in retaliation, but eventually, Love confesses it was her doing. 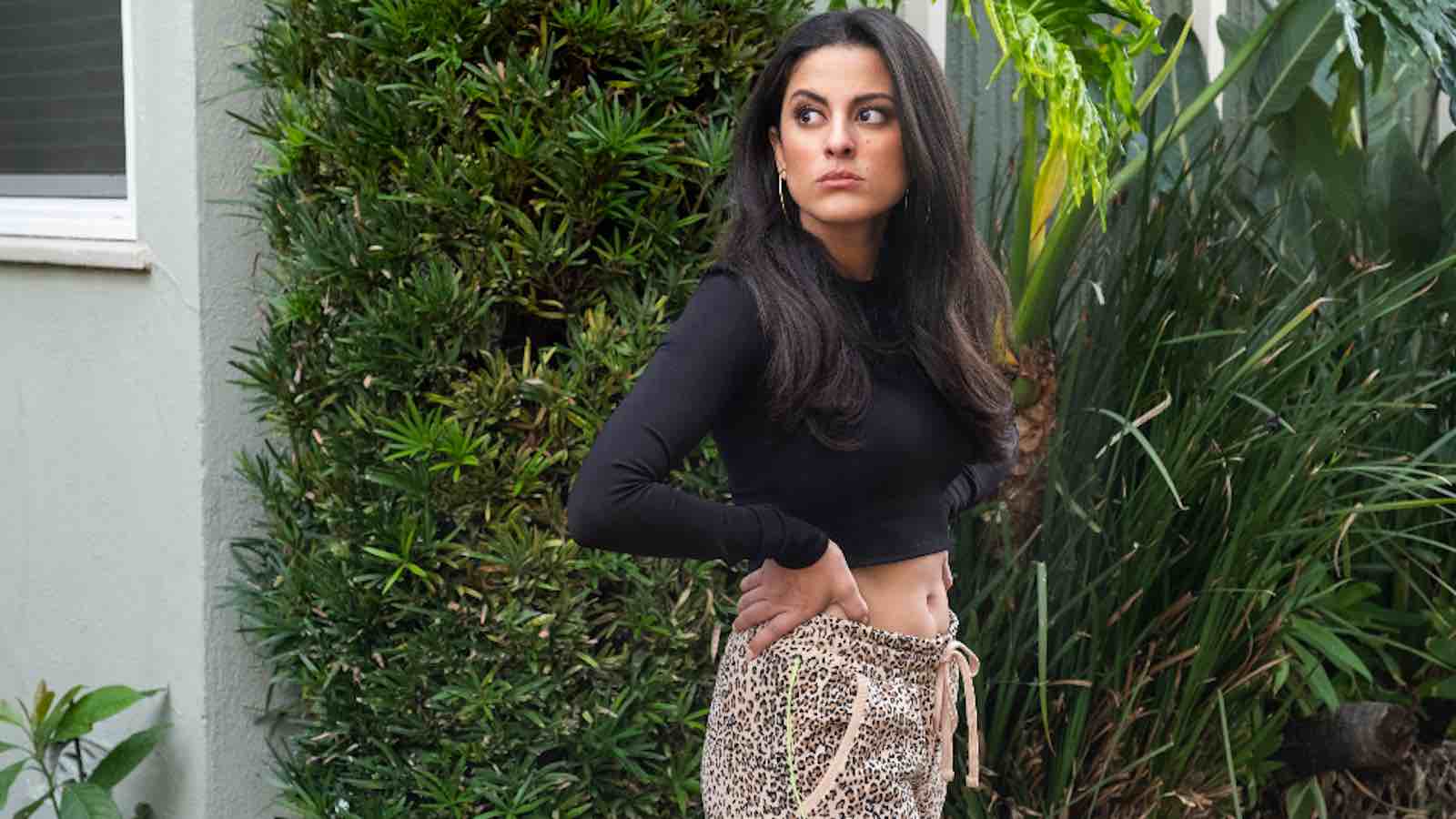 Joe vows that he wouldn’t kill Delilah after she finds out the truth about his murderous past. Instead he, you know, keeps her locked away in his plexiglass hell box.

But after finding Delilah’s lifeless body on an acid trip gone awry, he finds out that Love killed her to make sure she wouldn’t tell the truth about Joe, her maniacal lover.

Will you watch season 3 of Netflix’s You? Let us know in the comments.