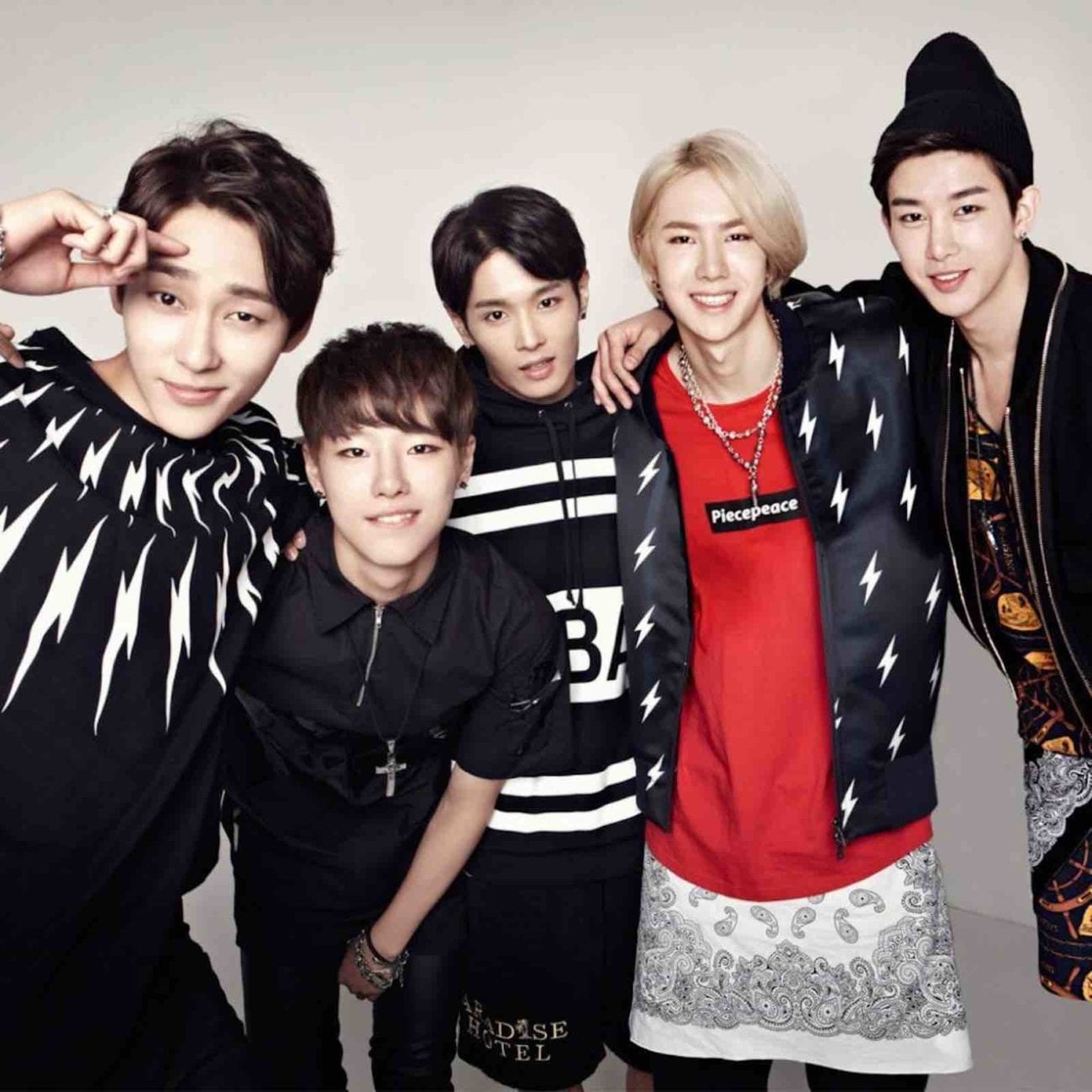 Wang Yibo and Xiao Zhan: where are they now?

Starring two boy band icons, Wang Yibo (王一博) of Korean-Chinese group UNIQ and Xiao Zhan (肖战) of the Chinese band X NINE, The Untamed has received a lot of attention from YA viewers. The world has completely fallen in love with these two young Chinese superstars.

As fans finish streaming The Untamed, they’re taking to the internet with brute force, searching for anything & everything they can get their hands on about these young men. It seems the world has Xiao Zhan and Wang Yibo fever. The good news is, well before The Untamed, and well before the Western world even knew who they were, both men were building very lucrative careers in China.

That means there is a lot of content to be consumed. These talented young men have multi-faceted careers with a variety of different types of media projects on the go. So if you’re desperate to get these two back on your screens, come with us as we uncover some of the other projects they have, and are, working on. 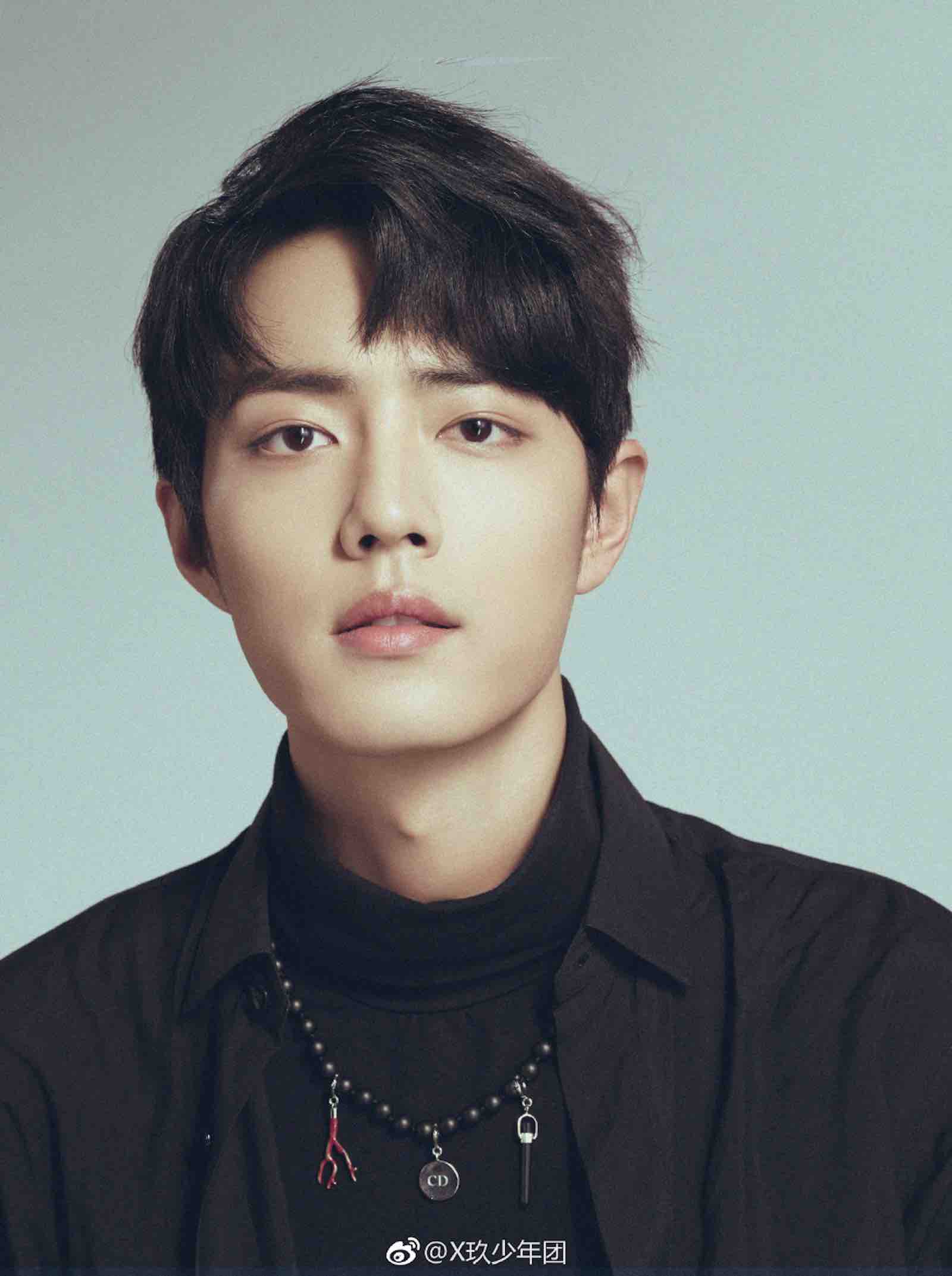 Originally a successful designer, Xiao Zhan participated in a reality television program that landed him a spot in the boy band X NINE. The group released their first single in 2016, and it’s been a whirlwind of a ride him ever since. He has since gone on to star in several Chinese television shows & appeared on a number of variety shows (as a regular and guest roles).

Following his success in The Untamed, he has become one of the most sought after product endorsers in China. Brands everywhere are throwing themselves at him. He continues to top the charts with his music, and Forbes China listed him on their 30 Most Influential People Under 30 in China in 2019.

Here are some of Xiao Zhan’s projects (other than The Untamed) available for viewing on platforms accessible in the Western world. 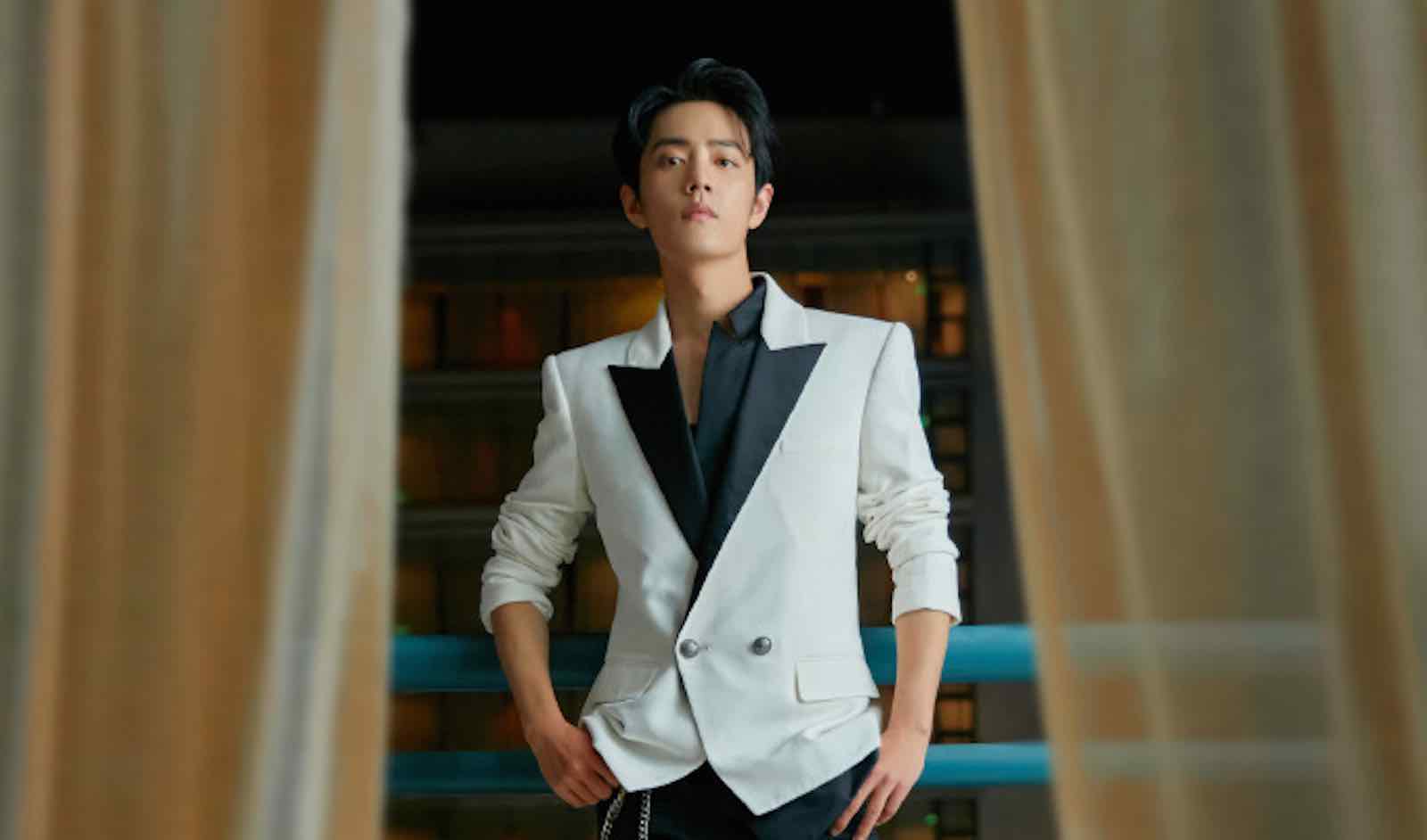 Adapted from the novel of the same name by Mao Ni, this period drama tells the story of Fan Xian (Zhang Ruoyun). Set in the period of the Eastern Jin dynasty, Fan Xian, the son of concubine Ye Qingmei, was the only royal survivor of a violent coup. He was adopted by the Imperial Minister.

At the age of eighteen, his upcoming marriage to a princess places him in the middle of much political upheaval. He becomes a target for the various political factions vying for power in the court.

Xiao Zhan is a supporting character in this series. His character, Yan Bing Yun, is described as a character of great restraint. This is quite a departure from his role as Wei Wuxian in The Untamed. 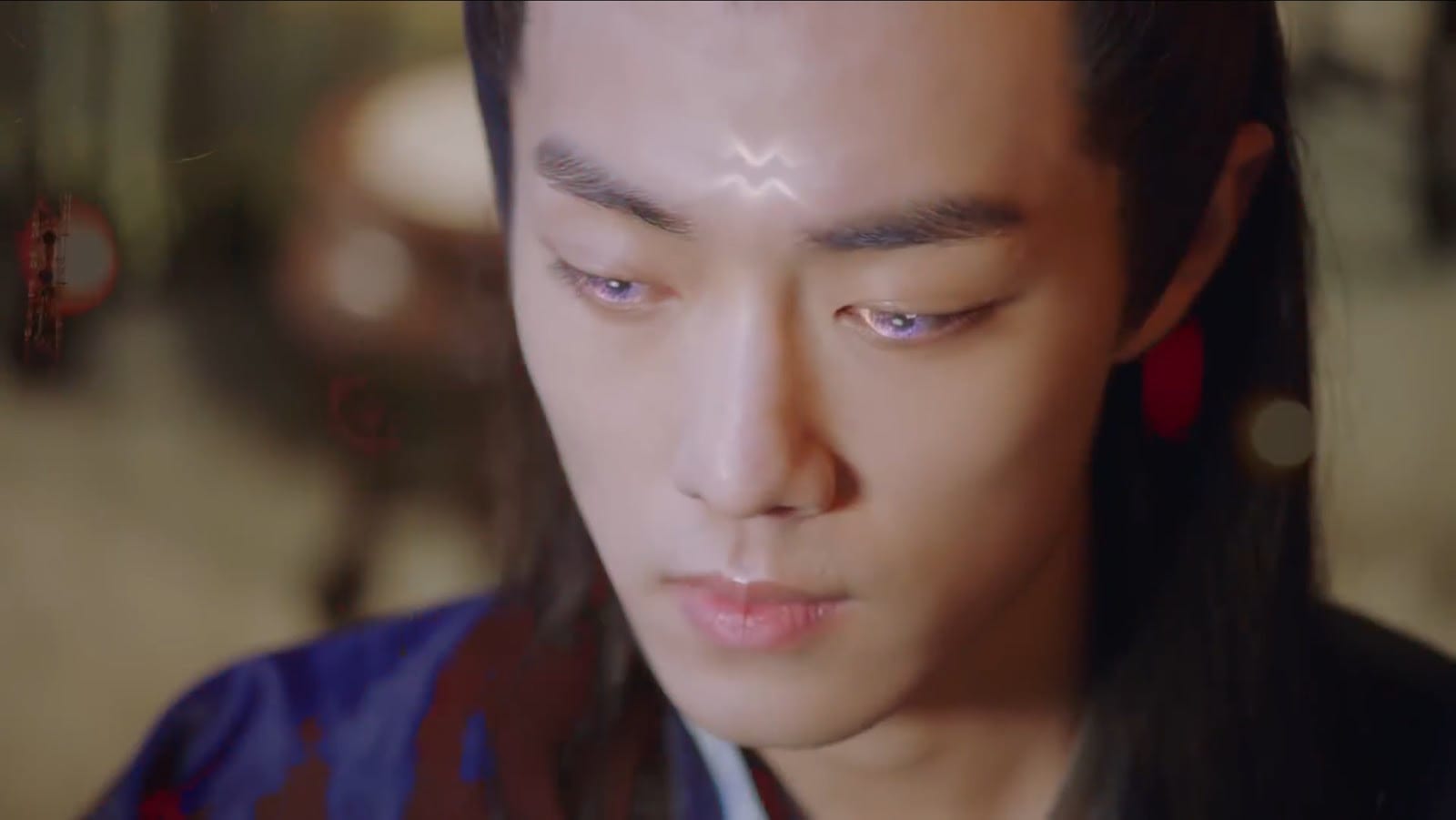 This is a story about a young woman called Luo Fei Fei (Xhao Lu Si), a girl from the 21st century who mistakenly travels to a mysterious kingdom of the past, Huang Dao Guo, which just so happens to be governed by astrological law. In Huang Doa Guo, leadership is rotated between the 12 constellations every thousand years.

Luo Fei Fei’s appearance in the kingdom disrupts the balance of power and conflict clearly ensues. Upon her arrival, she is at odds with all constellation rulers, yet as time passes and relationships form, things begin to change.

Xiao Zhan is considered to be a main character in this drama. He plays Bei Tang Mo Ran (Aquarius) 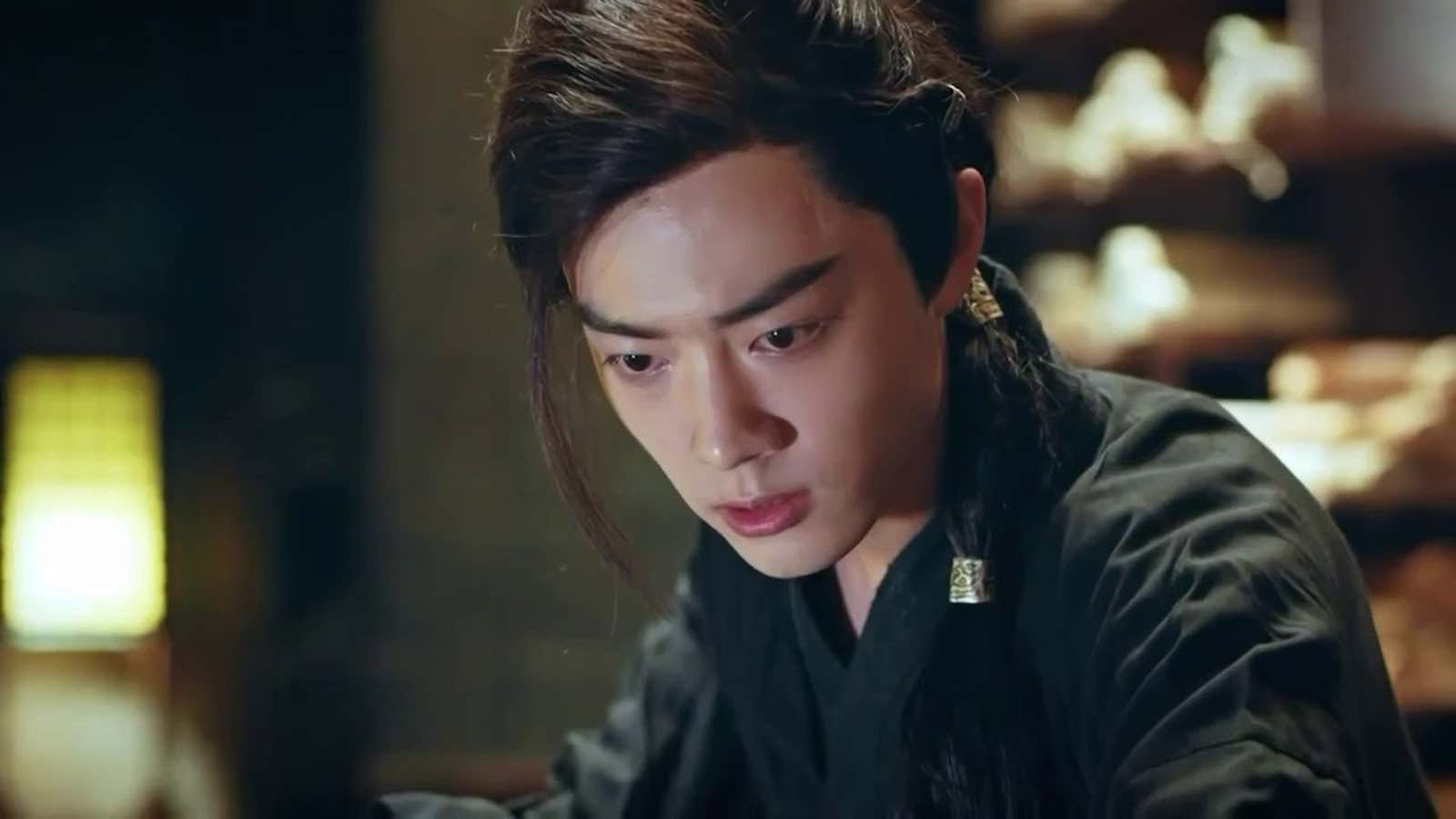 This drama is based on the novel Doupo Cangqiong by Tian Can Tu Dou. It focuses on a young boy, Xiao Yan (Leo Wu), whose mother was killed when he was just nine years old. Xiao Yan suddenly loses all his powers & is considered an embarrassment to his family. However, one day he accidentally summons Yao Chen (Baron Chen), the Medicine Lord and his luck suddenly changes.

With the help of the elder, Xiao Yan’s skills improve drastically. The boy becomes a great martial artist who makes it his life’s mission to find his mother’s killer and bring about justice and peace to the Jianghu (the Martial world).

Xiao Zhan’s character in this drama is considered a supporting role. He plays Lin Xiu Ya. 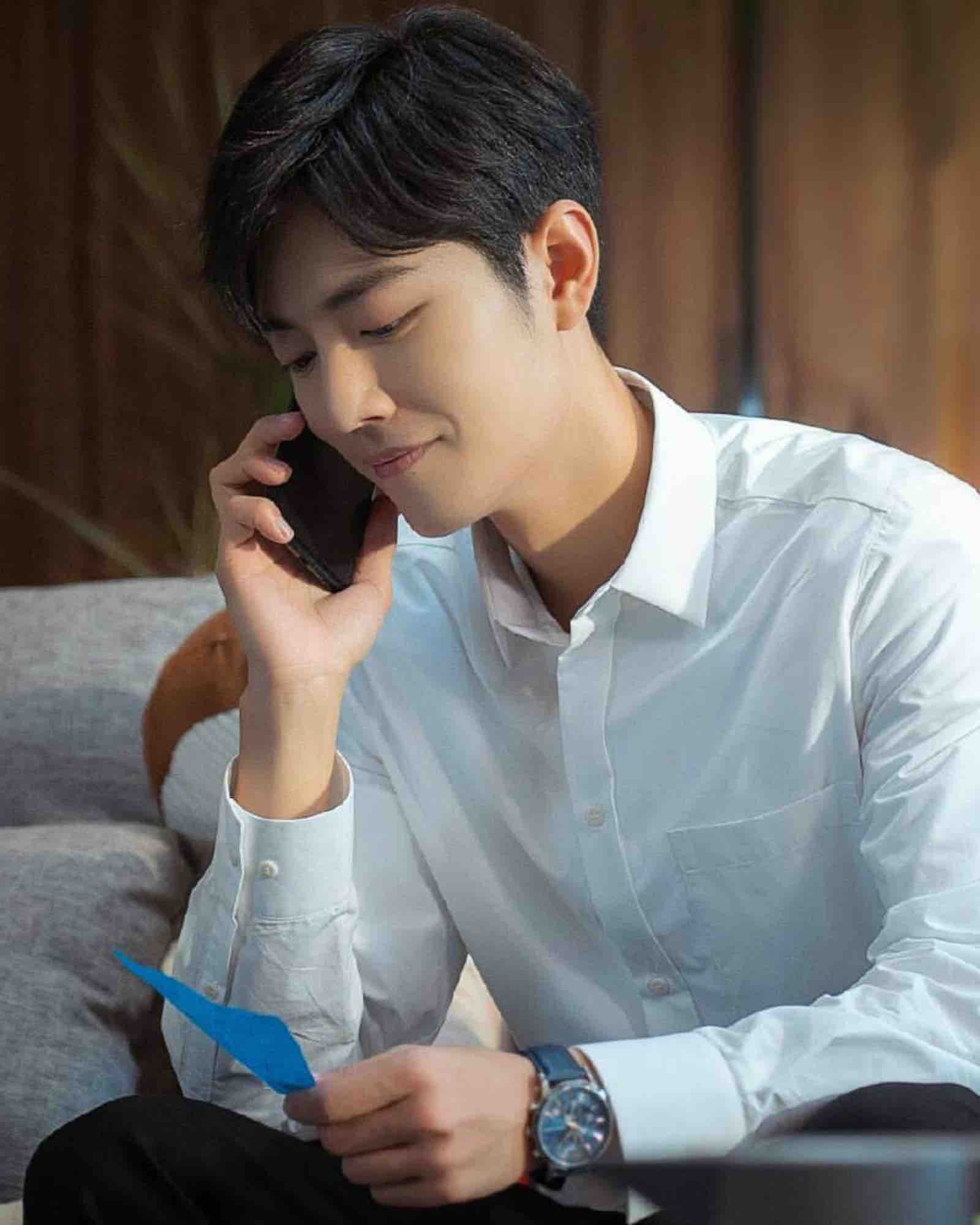 This contemporary drama is the story of Lin Zhi Xiao (Yang Zi) and Gu Wei (Xiao Zhan). As Lin Zhi Xiao is about to graduate from university, her father falls ill and she has to put aside all her life goals (including her boyfriend) to care for him.

Enter Gu Wei, her father’s doctor. The two meet as Lin Zhi Xiao is accompanying her father to surgery one day, and it’s love at first sight. Both characters come to the table with baggage from previous relationships, which means that the process of getting to know each other is not all smooth sailing.

Their trials and tribulations don’t prevent them from falling in love though, and by the end of the series the pair realize they were made for each other.

Xiao Zhan clearly plays a lead character in this show. 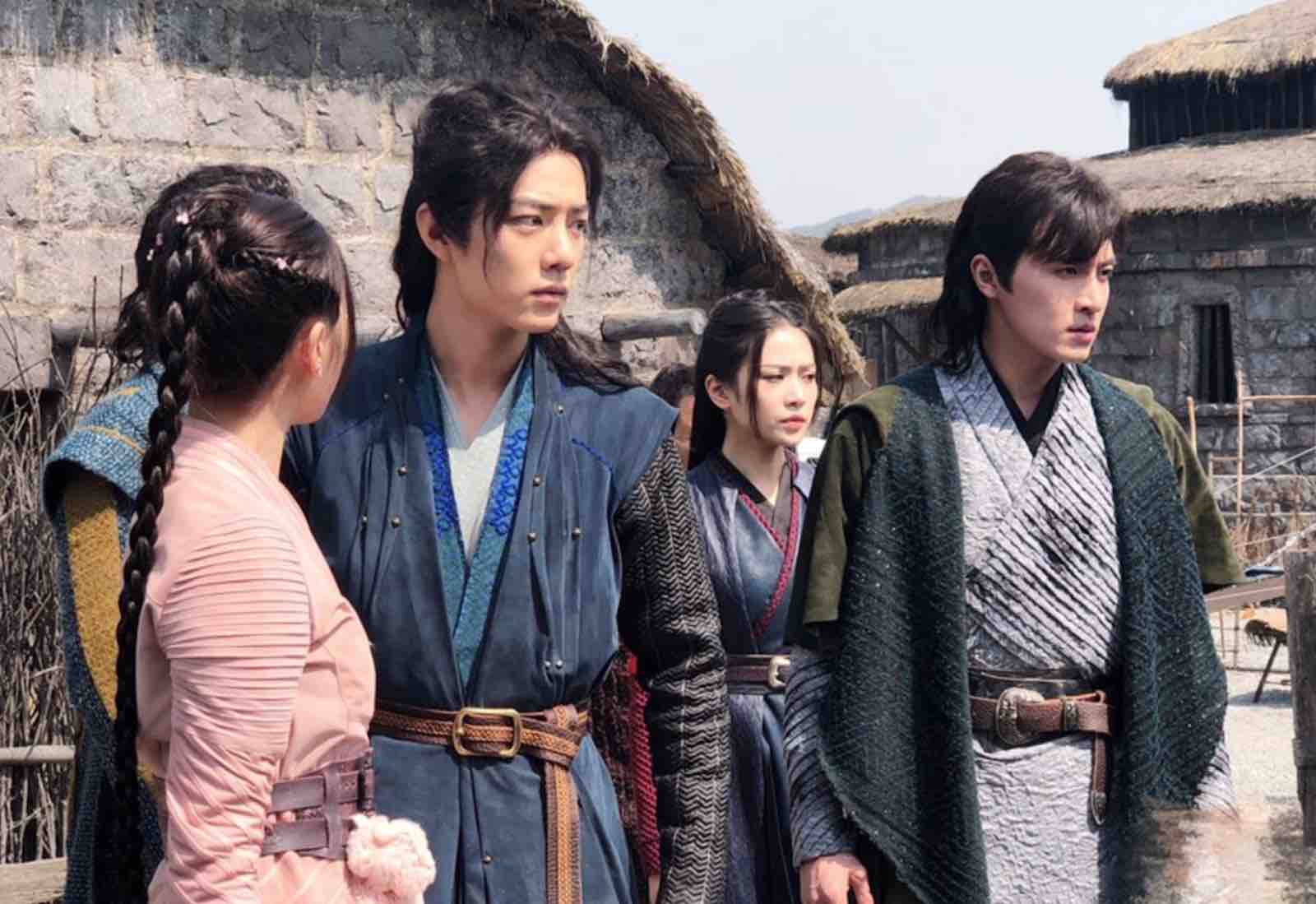 In this fantasy drama, Tang San (Xiao Zhan) is an exceptional individual who aspires to be a great Soul Master. Tang San’s mother was killed when he was just a small boy & he  grew up depending on his father. At the age of six, he was sent to Nuoshan Martial Arts School where he meets a girl named Xiao Wu (Wu Yuan Yi).

Eventually, the pair end up at a different school, Shrek Academy, for the purposes of improving their cultivation skills. They meet five other like minded folks who eventually form a group known as the “Shrek Seven Devils”.

During this process, Tang San discovers who is responsible for his mother’s death. Of course, it happens to be someone of great political importance, and Tang San allies with various sects and wages war.

No trailer available at this time. 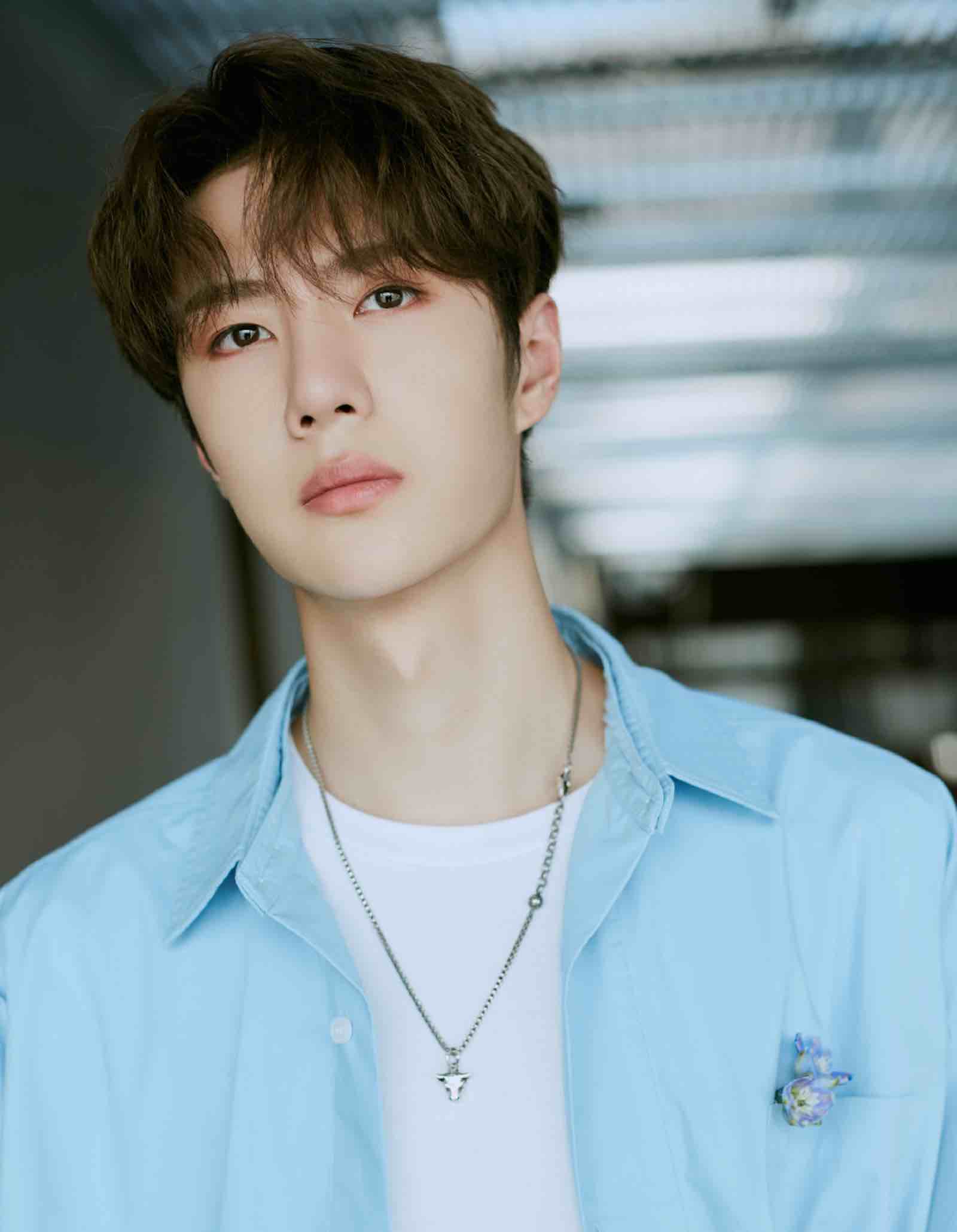 In 2011, during his second year of high school, Wang Yibo participated a prestigious dance competition. He emerged in the top sixteen finalists, which resulted in him landing representation with Yuehua Entertainment.

In 2014, Wang Yibo debuted with boy band, UNIQ. Much like Xiao Zhan, his rise to popularity was extremely fast. He is now one of China’s most sought after celebrities. He has starred in multiple Chinese television programs, and like Xiao Zhan, also appears on several reality & variety shows with both regular and guest appearances.

Wang Yibo also branched out on his own musically, releasing several of his own songs independent of his band. His latest song was released in December of 2019 & sold millions of copies in just a few hours.

Like Xiao Zhan, he is now one of China’s most sought after product endorsers in China. He is also an accomplished, professional motorbike rider.

Need more Wang Yibo in your life? Here is a list of some of his projects (other than The Untamed) available for viewing on Western platforms. 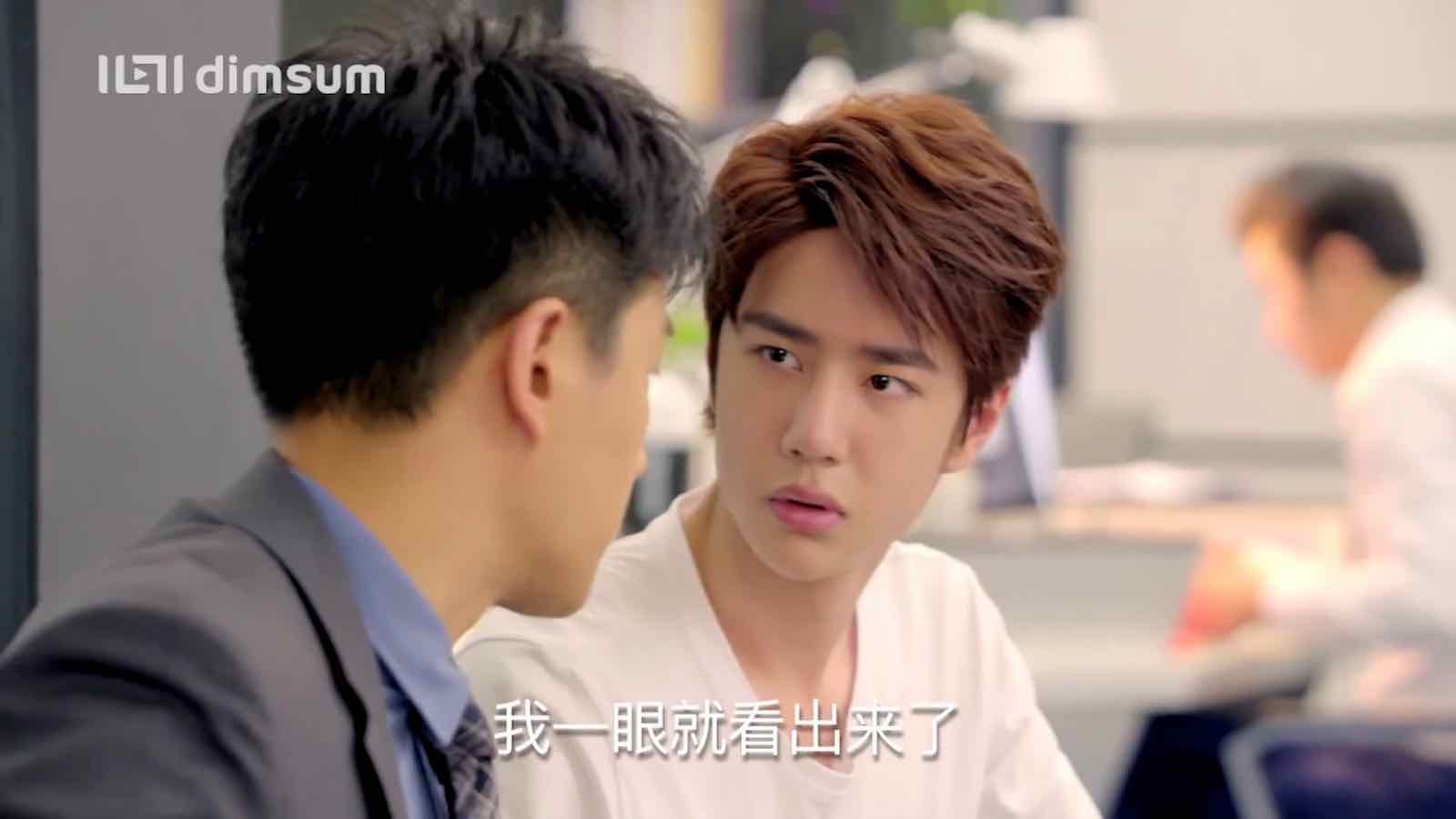 Zhai Zhi Wei has a crush on An Qing Huan, an older woman who works for his father restaurant chain. An Qing Huan, constantly resisting his advances, except for when it suits her, finds him is caught being finding him both insufferable & adorable.

When Ding Ren Jian loses his wife to illness though, An Qing Huan steps up to support her friend and their relationship grows even stronger.

All their lives are hopelessly intertwined and connected. 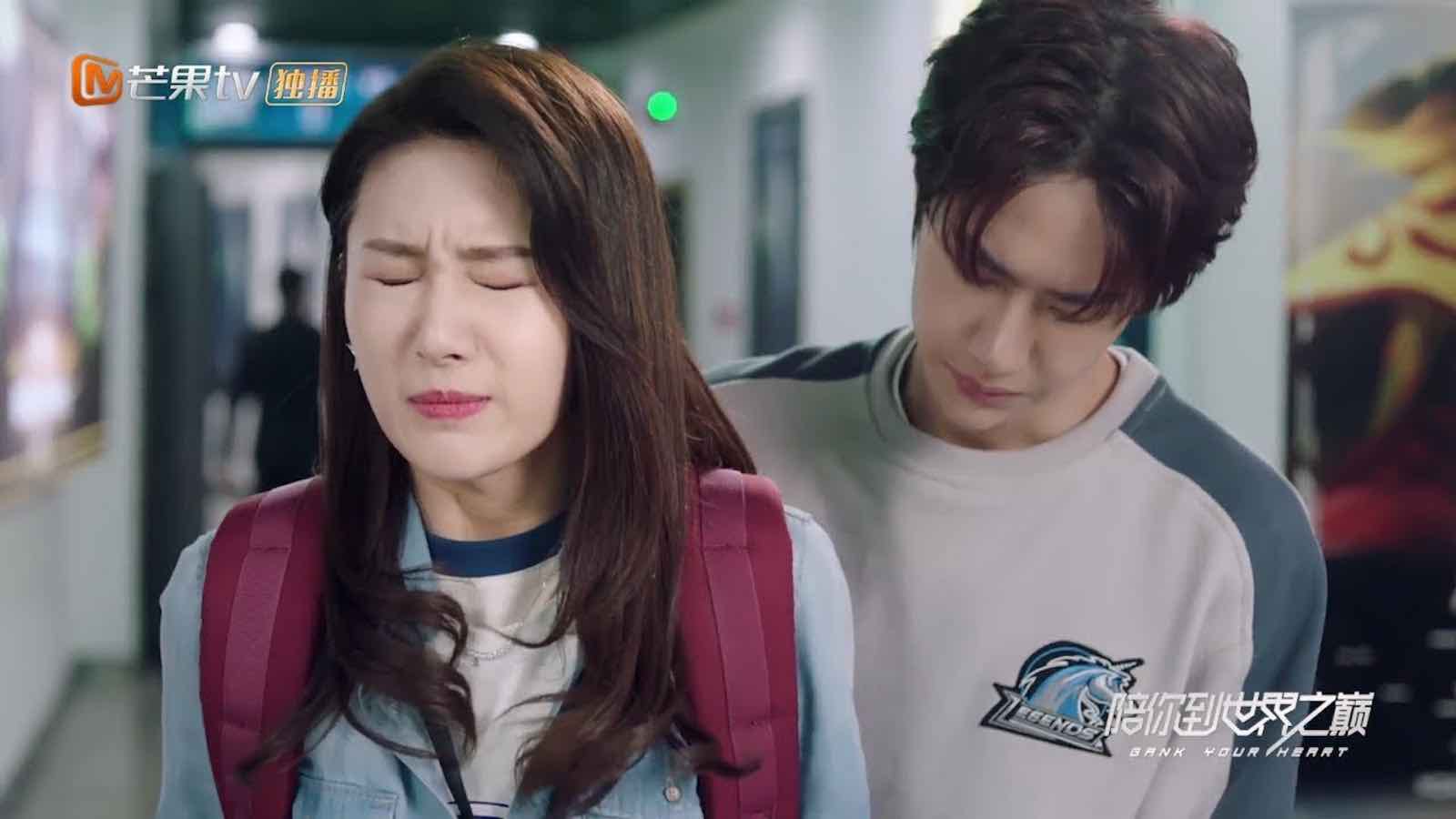 Another contemporary love story, this is about a romance between a gamer and a live streamer. ESports gamer, Ji Xiang Kong (Wang Yibo), is successful, good-looking, and very popular among the fangirls. He meets Live Streamer, Qui Ying (Wang Zi Xuan), a competition one day, who quickly jumps at the chance to use the popular gamer for her own advantage.

Wang Yibo plays the lead male role in this show. His character is described as comedically romantically challenged. 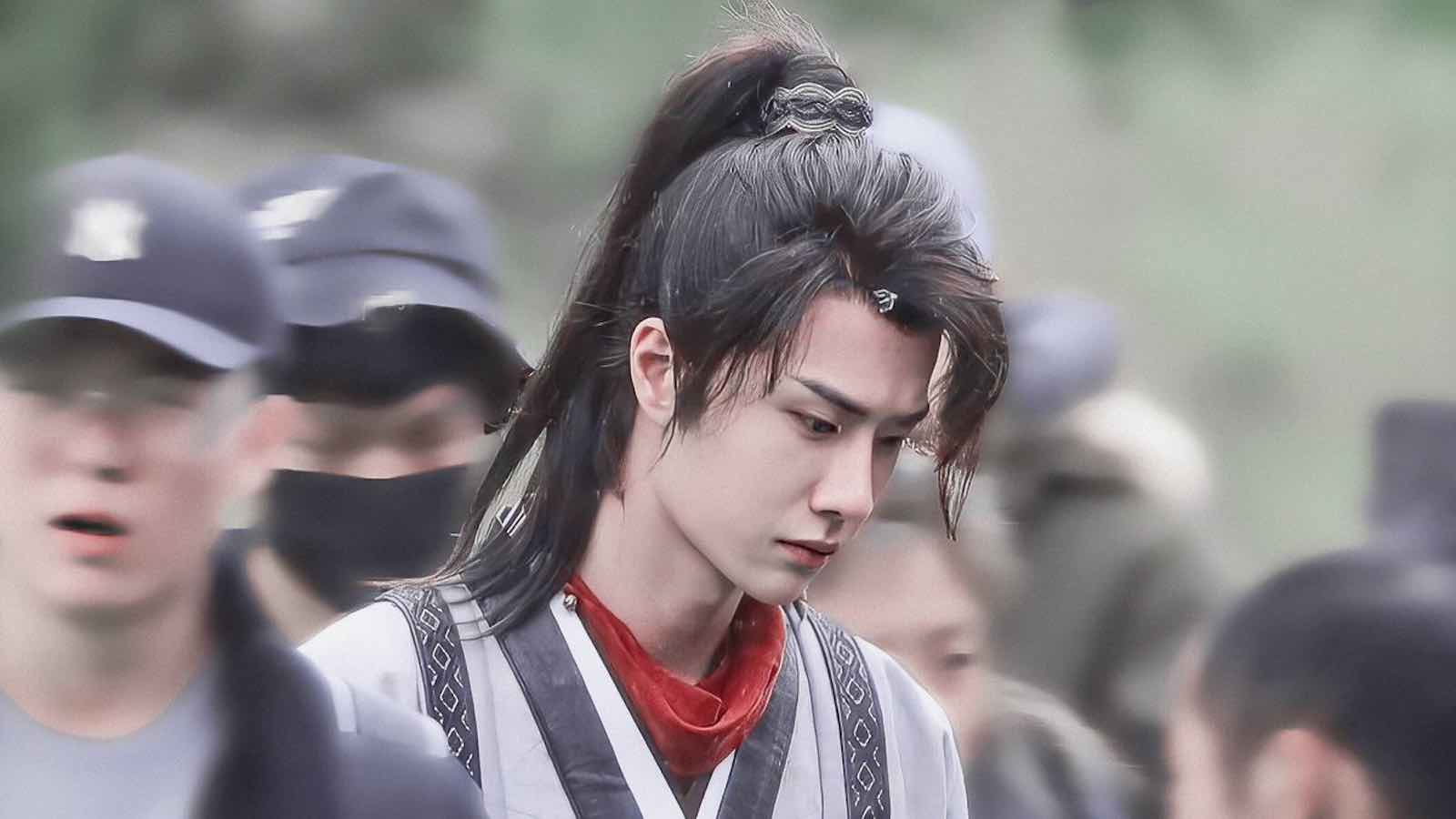 In this historical romantic drama, the Emperor secretly ordered a mountain stronghold to keep the Pugilist world under control. His daughter Li Jin Rong (Che Xiao) leads the charge with the assistance of a local hero. She eventually marries a scholar and gives birth to Zhou Fei (Zanilia Zhao).

After her sixteenth birthday, her mother allows Zhou Fei to venture into the world and experience things on the outside. She meets Xie Yun, who rescues her from a freak drowning incident, and the two set off on adventures together.

Watch on: watch this space. 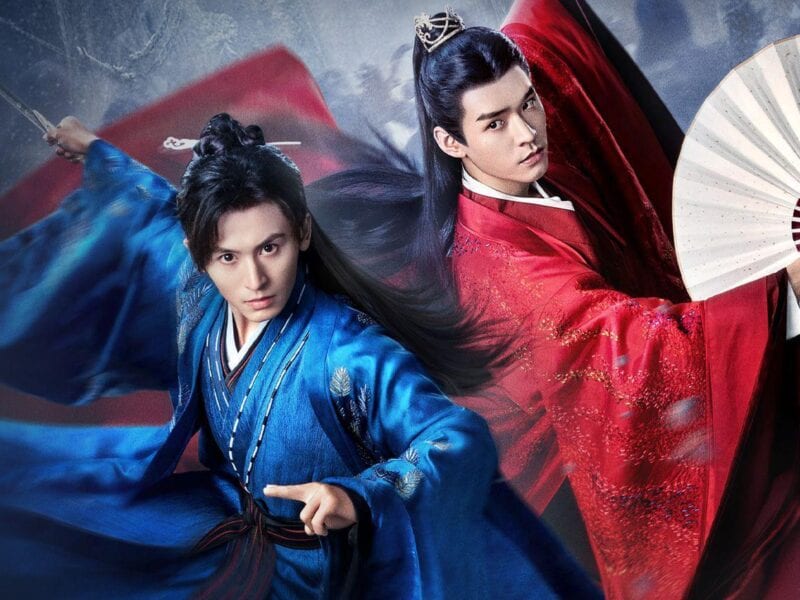 ‘Word of Honor’: Where can you catch Gong Jun and Zhang Zhehan next?