Party pooper: Apple pulls Vybe Together from the app store

When there’s a will, there’s a way – and sometimes that way gets blocked by the big boys. Vybe Together, an app that helps you find parties in these trying COVID-19 quarantine times, has been removed from Apple’s app store. Oh, and TikTok too – who gets booted from TikTok???

Apple’s mood-killing move took place as Vybe Together appeared to be aiding people all over New York city in finding secret New Year parties – a big no-no according to immunologists & health experts who are worried about New Year’s Eve parties causing COVID-19 hospitalizations & deaths to spike. 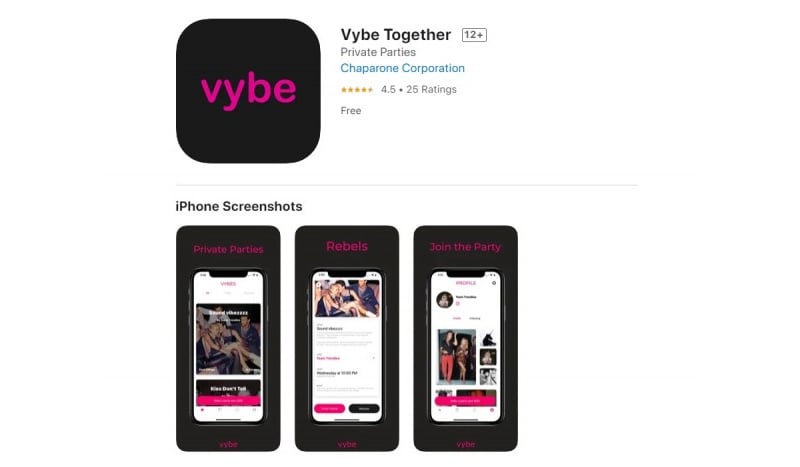 “Get your rebel on. Get your party on.” Such was the tagline touted on Vybe Together’s website & app – a rallying cry to reclaim that social life the COVID-19 pandemic took away from all of us.

“We are like Eventbrite, but way cooler,” a Vybe Together spokesperson told Business Insider in an unexpected attempt to throw dirt on the competition while also doing damage control. “Vybe’s can be anything from playing board games to bachata with your neighbors. A lot of people have been isolated and lonely and we wanted to enable them to meet.”

But what about the New Year ragers that got Vybe Together in trouble? “We are aware that large gatherings are not okay and we do not promote them. If we see events are popular, we take them off!” explained the Vybe Together spokesperson. Perhaps they just didn’t take them off quickly enough this time. 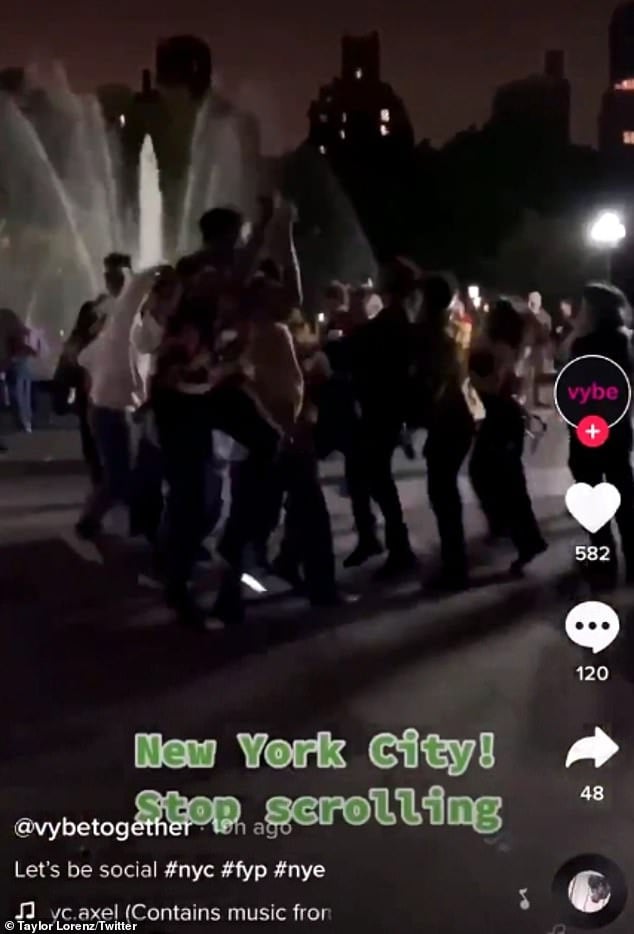 Taylor Lorenz, a New York Times reporter, is the man responsible for blowing the lid on Vybe Together’s underground party operation and suddenly leaving a whole bunch of New Yorkers having to fend for themselves on New Year’s Eve. Lorenz took to Twitter after running into the Vybe Together account on TikTok.

Screenshots of Vybe Together’s TikTok account were accompanied by Lorenz’s scathing commentary on his Twitter post: “Some terrible people built a whole app for finding and promoting COVID-unsafe large, indoor house parties and they’re using TikTok to market it to millions of ppl.” A second tweet added, “They’re currently in the midst of promoting secret NYE ragers in nyc.”

Business Insider picked up the story and took it to Apple. Vybe Together was gone from the app store faster than you can say “irresponsible partying”. That same day, TikTok also removed the Vybe Together account for violating its community guidelines, although not before its latest video achieved nearly 11,000 views. 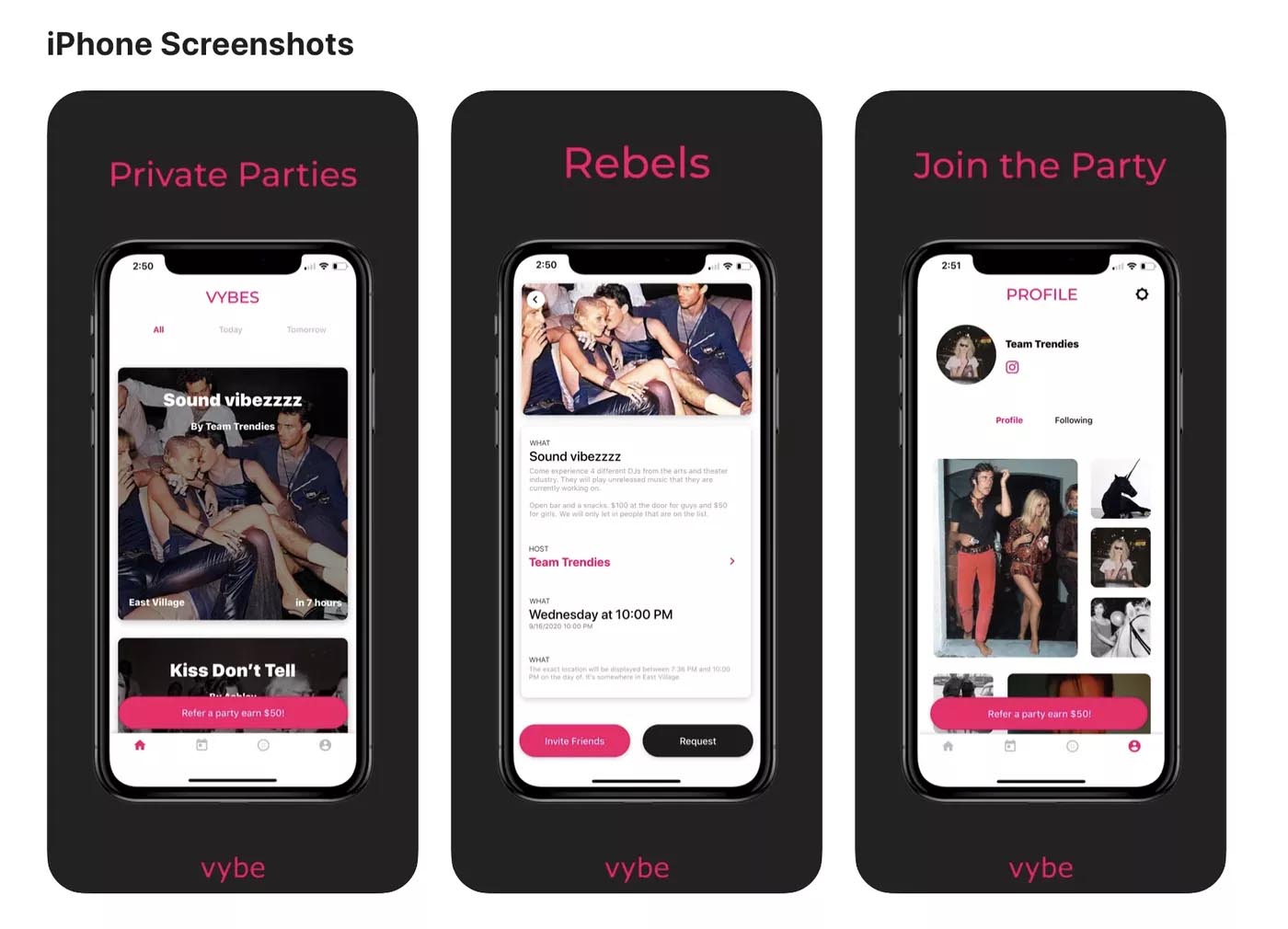 For all its protestations of innocence, Vybe Together folded pretty quickly – another casualty of that crazy year that is 2020. The Vybe Together website is gone, maybe lost forever to the inflexibility of health regulations. The Vybe Together Instagram account still stands, but almost all its content is gone. Only an ominous video proclaiming everything “is fine” remains, along with an optimistic final post.

“Find your vybe. Local wine nights, beer pong games and dancing in an apartment near you”, exhorts the text on the Instagram post, while its tagline proclaims “We are gonna come back !!!”. Vybe Together’s Instagram bio reinforces that promise: “App Store took us down!!! We will be back!! Follow to stay updated.”

Vybe Together’s ostracization from the approved apps table had consequences that reached further than just the app’s social media accounts. Vybe Together CEO Alexandar Dimcevski seems to have deleted his LinkedIn page – this after telling Business Insider Vybe Together “never hosted any large parties” and calling the TikTok video that got the company in trouble an “over-the-top marketing video”.

Are you a New Yorker directly affected by Vybe Together’s demise? Are you one of their 962 followers on Instagram? Do you think Apple and TikTok overreacted? Let us know in the comments!