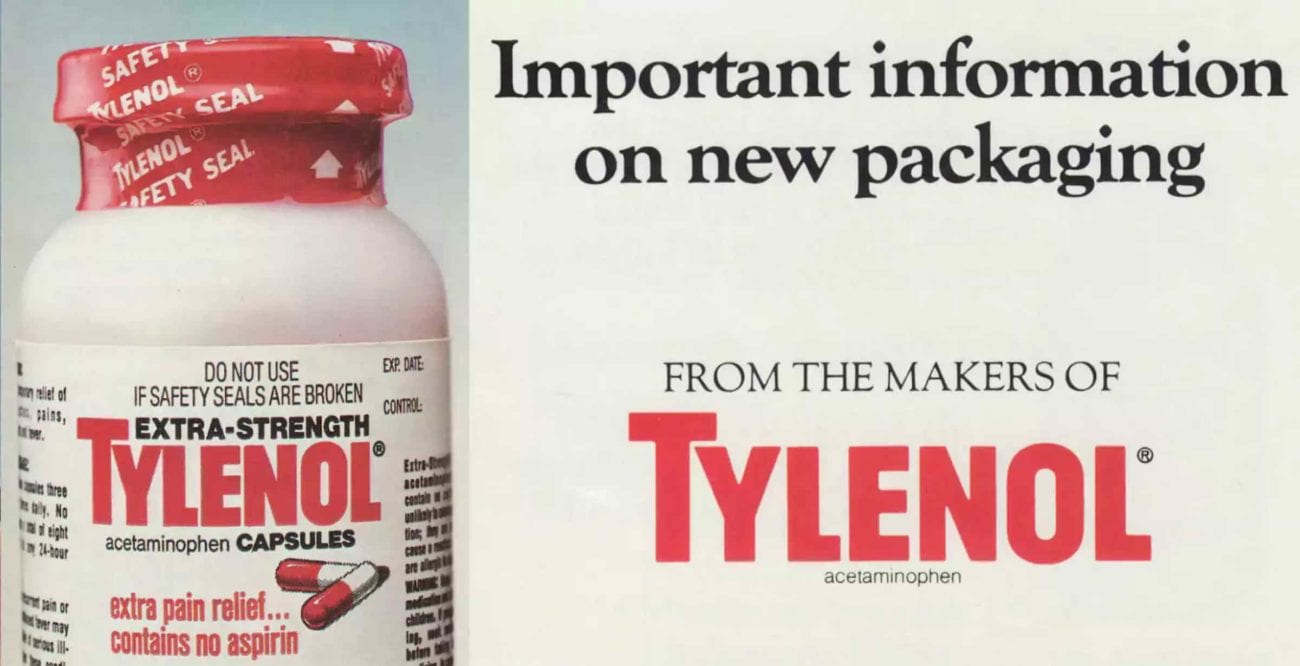 Remember the Tylenol murders of the 80s? Here’s why you should

With the coronavirus in the news and mass panic everywhere, true crime fans may be getting a strong sense of deja vu to the details surrounding one of the biggest and most unsolved cases of product tampering and murder of all time: Chicago Tylenol murders.

Even if you haven’t heard of this unsolved case, you’ve probably witnessed the after effects of it. You know how each box of over the counter medicine has a measure to make sure it wasn’t tampered with? The plastic seal, the cover you have to rip off, etc? Those are a direct result coming from the 1982 Chicago Tylenol murders. Mainly to make sure that there were measures in place to assure consumers that products they bought from the store weren’t tampered with.

If you’re new to true crime, then this case is a doozy. So we’ll try to be concise about the details. Maybe it’ll leave a little more grateful the next time you have to break the plastic seal around your bottle of aspirin. 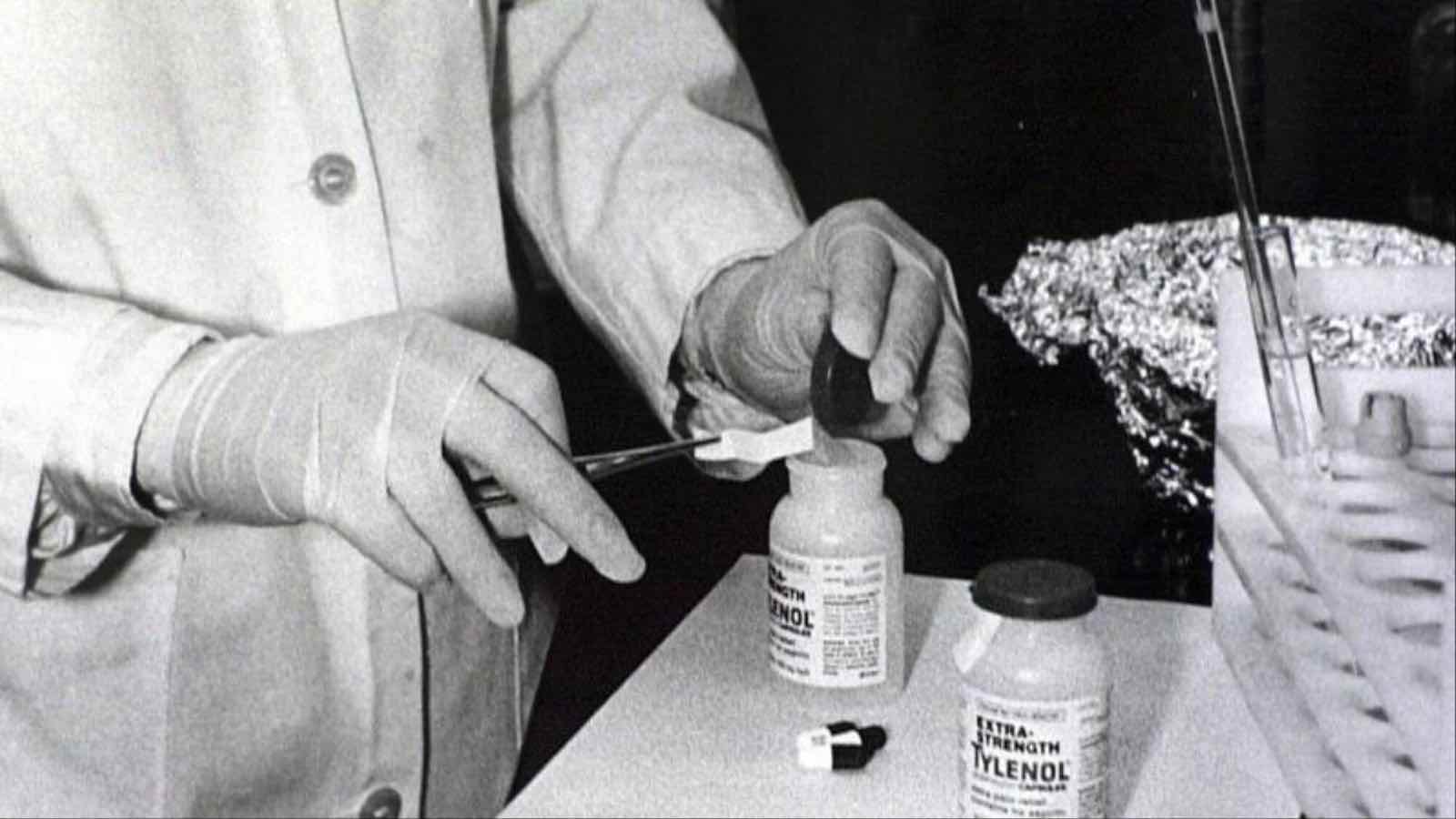 ERs and police were baffled when on a normal day in Sept. 1982 several people, all in good health, suddenly died for inexplicable reasons. Mary Kellerman (12), Adam Janus (27), Stanley Janus (25), Teresa Janus (19) died on the same day while Mary McFarland (31),  Paula Prince (35), and Mary Reiner (27) also died in the following days.

When the three members of the Janus family died, Adam earlier in the day while Stanley and Teresa died, later on, it focused investigators. When they learned that all three Janus family members became ill after taking Tylenol, the bottle was tested and the capsules were found to be laced with cyanide. The other victims were also found to have cyanide-laced bottles of Tylenol. 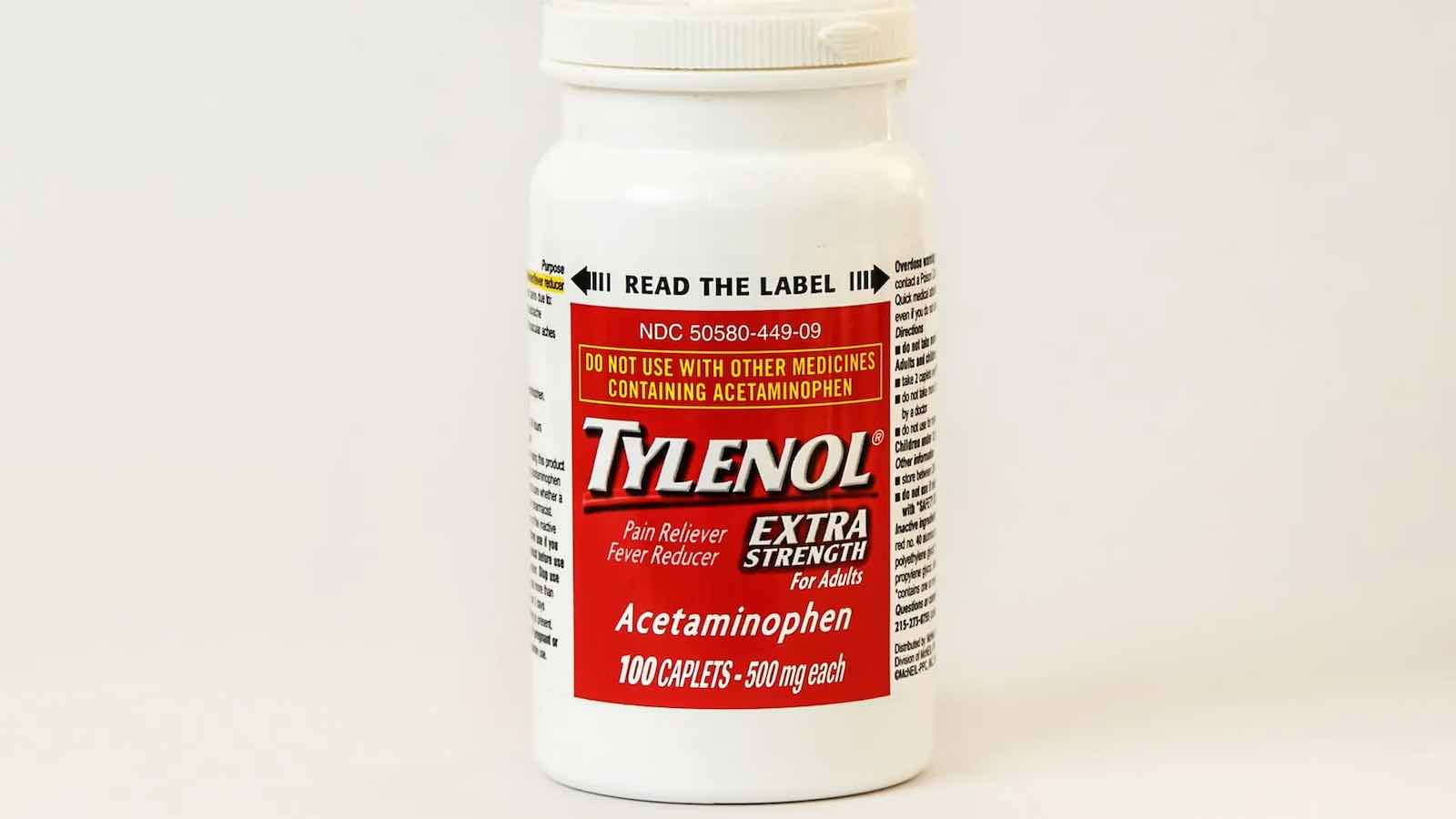 A call was made to Johnson & Johnson, who manufactured Tylenol, who decided to issue one of the costliest recalls in US history to make sure that further bottles weren’t out there. At the time, it cost $100 million USD and the company made sure to thoroughly warn the public. Like there were people driving through the streets blasting warnings about taking Tylenol. It must have felt like the end times in 1982 when this was going on.

Chillingly, three other bottles were discovered due to this recall. Two had been purchased, but not used. One was still sitting on a store’s shelf. 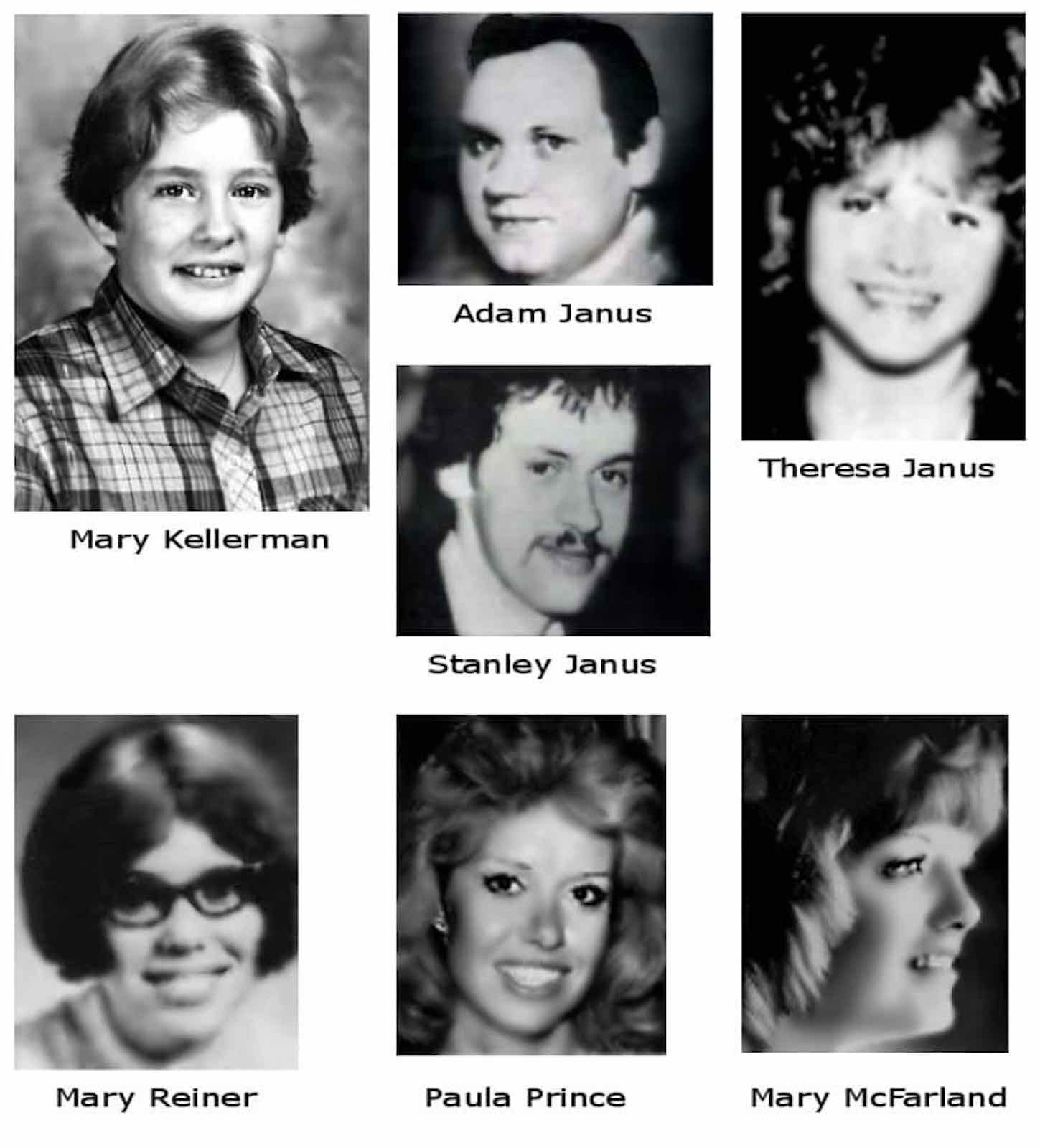 What the killer did was simple but devastatingly effective. They bought the bottles of Tylenol, split the capsules, removed the capsule contents and replaced it with cyanide, and then returned the bottle to store shelves without anyone being none the wiser. At this time, the product tampering laws that are in place today weren’t in place back then. The Chicago Tylenol murders led to these reforms.

Product tampering was also made a federal crime, meaning that the FBI could be involved a lot sooner. It also led to replacement of the capsule with the solid, harder to tamper, caplet. 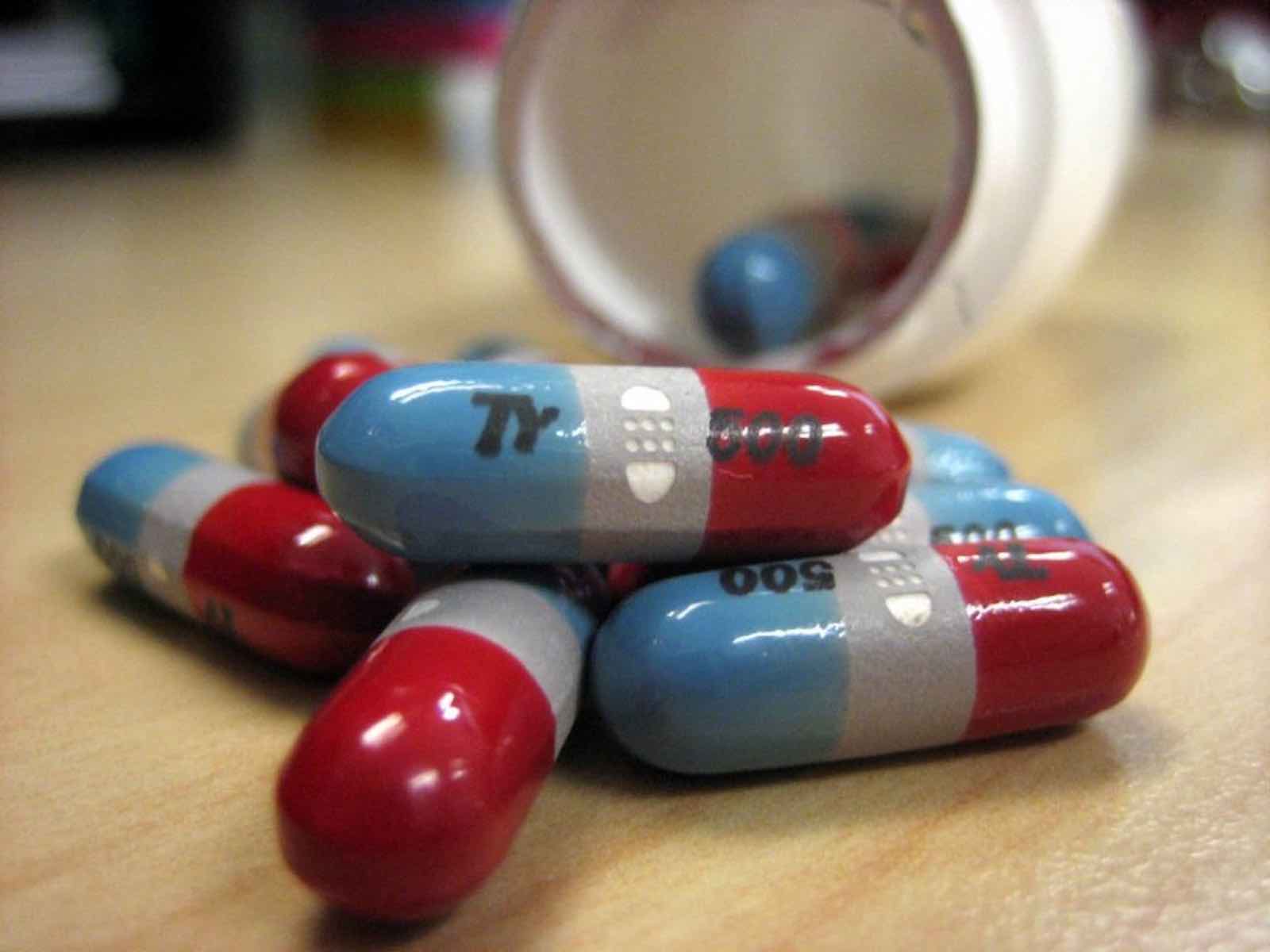 James William Lewis sent a letter to Johnson & Johnson demanding $1 million USD to stop the murders. Police were able to identify Lewis using fingerprints, but he and his wife were living in New York City at the time. That doesn’t mean that Lewis didn’t drive to Chicago or through other means in order to carry out the crimes.

Lewis would go on to serve 13 years for extortion and he was paroled in 1995. He still remains a favorite suspects for investigators, though they could never find the evidence. Lewis’ house was searched in 2009. He and his wife also submitted DNA samples to the FBI in 2010. Lewis continues to deny responsibility for the poisonings. 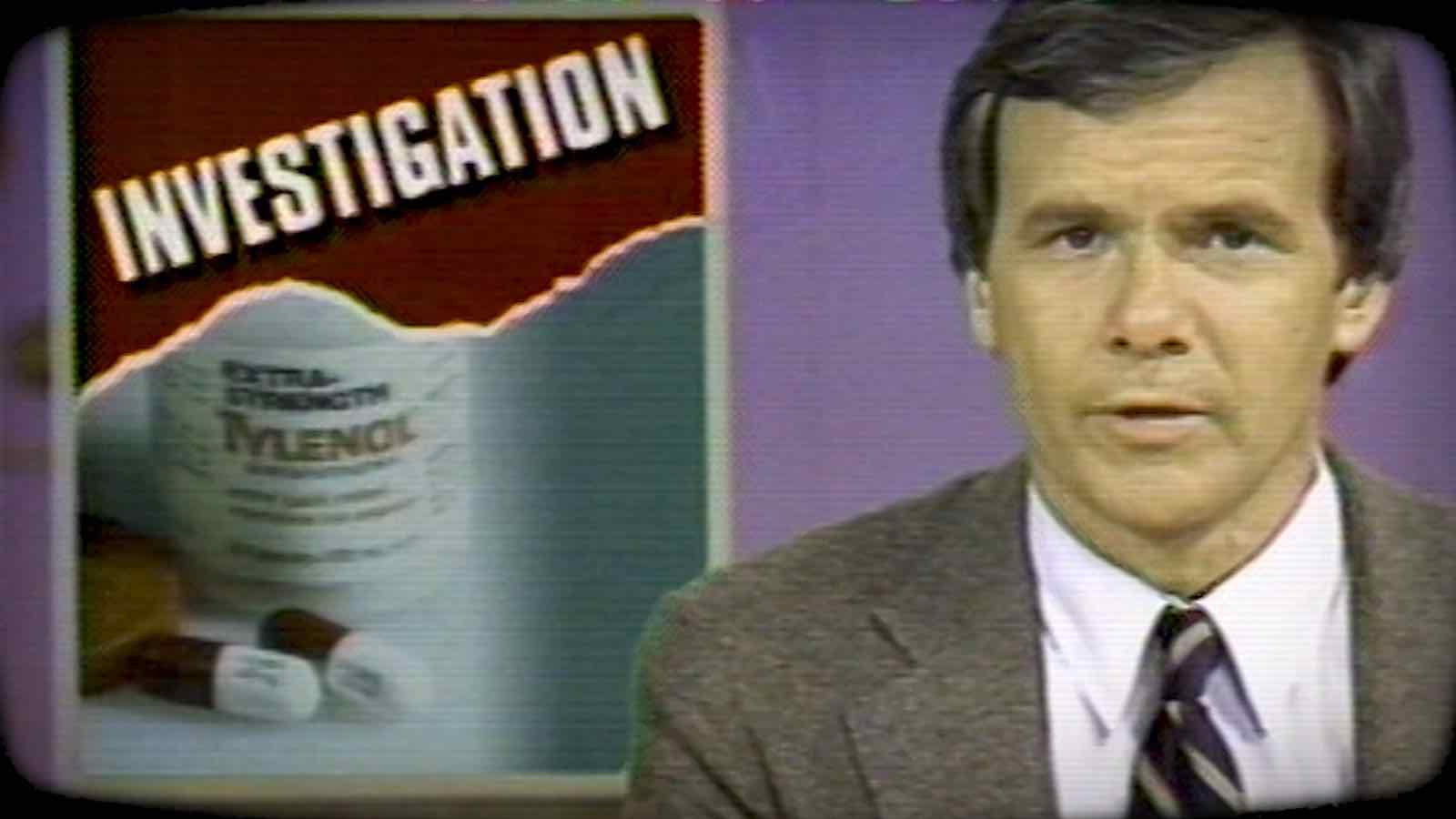 Roger Arnold is the second suspect for the Tylenol murders. He was investigated by police and was later cleared of the killings. Due to the stress of the investigation, however, Arnold suffered a nervous breakdown. He blamed a bar owner by the name of Marty Sinclair for turning the police onto him. Wanting revenge, Roger Arnold went to shoot Sinclair, but instead shot and killed another man, John Stanisha, in a case of mistaken identity. Arnold would serve 30 years for the murder and died in 2008.

Ted Kaczynski, also known as the Unabomber, has also been considered a suspect in the Chicago Tylenol murders. In 2011, the FBI asked Kaczynski for DNA samples. He agreed to give the FBI the sample if they stopped an auction that the US Marshals were having of his stuff. The FBI did not stop the auction and Kaczynski has not cooperated. He’s denied owning cyanide. Given that his parents had a home in the suburbs of Chicago and the first four Unabomber crimes took place in and around Chicago . . . Well, you can see why he’s a suspect.

At this time, however, no arrests have been made. The Chicago Tylenol murders still remain unsolved.