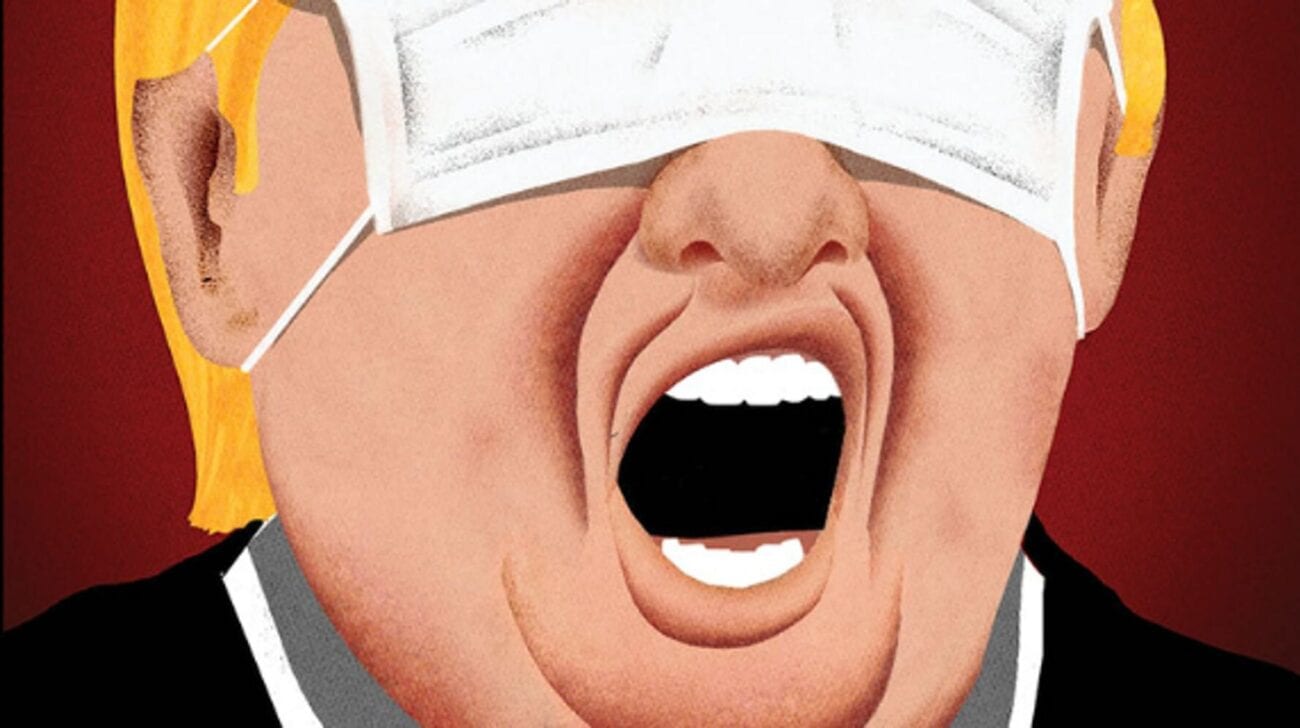 Just as anyone could have predicted, Trump has been touting his newfound “immunity” after his swift recovery from the coronavirus. Boasting about his “protective glow” post-coronavirus, Trump shared his immunity status with Fox News.

“It looks like I’m immune for, I don’t know, maybe a long time, maybe a short time,” claimed Trump. “It could be a lifetime. Nobody really knows.”

While the White House physician said Trump was no longer “a transmission risk to others” he didn’t specifically say that Trump was immune. In fact, experts generally agree that it’s impossible to know exactly if you can be reinfected by coronavirus.

A total and complete sign off from White House Doctors yesterday. That means I can’t get it (immune), and can’t give it. Very nice to know!!!

As Mario Koopmans, head of the department of viroscience at Erasmus University, confirmed, “Just because you’ve built up antibodies doesn’t mean you’re immune.” In fact, some studies suggest that antibodies could dwindle only a couple weeks after infection. According to John Wherry, an immunologist at the University of Pennsylvania in Philadelphia, “We now know that reinfection can occur.”

It’s not known how frequent reinfection is, but if it’s possible it’s probably not a smart thing to pretend you’re invulnerable. Even if Trump has developed antibodies and he is immune to the coronavirus strain he got, that doesn’t mean he’s fully protected or that he’s immune to other versions.

Trump’s bold statement that he was “immune” has the internet just begging to say, “That’s not how the force works!” Here are some brilliant memes about Trump’s COVID “immunity.” 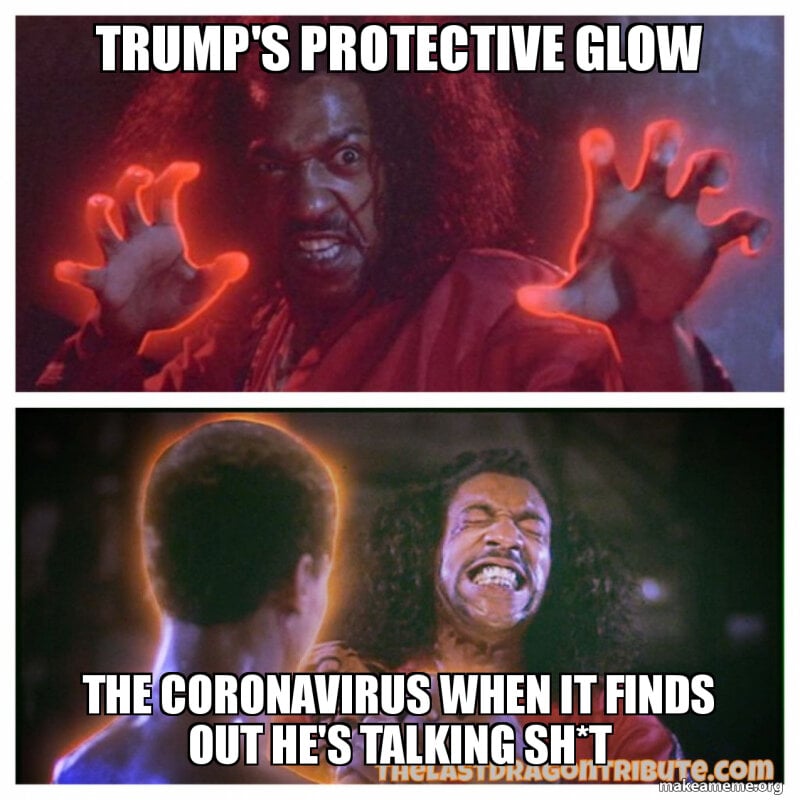 Is Trump emitting a lovely post-covid immunity glow, or will he just end up emitting the coronavirus? If you just believe hard enough the glow will have to protect you, right? Is that how it works?

Apparently Trump Jr is under the delusion that Trump’s blood will be the next cure to coronavirus. Not only does that induce an “ew” factor – it’s a seriously bizarre meme. That being said, the meme imagining Trump as a plasma donor seems to be poking fun at the meme of the liberal woman’s famous cry of anguish after Trump was elected.

On multiple occasions, Trump has proven he’s got quite the ego. But we didn’t realize he thought he was superman! According to the New York Times, Trump was seriously considering wearing a Superman T-shirt underneath his dress shirt so that he could dramatically show it as a “symbol of strength.”

One idea Trump considered while still at Walter Reed was wearing a Superman T-shirt under his dress shirt as he left the hospital.@maggieNYT https://t.co/msKt8t66Hy pic.twitter.com/xOyUOkb7oh

Can someone tell me why there aren’t even more memes of this ridiculous stunt Trump had in mind?! It’s creepily reminiscent of the Willy Wonka meme of Trump.

I trust every single doctor on Grey’s Anatomy more than I trust Sean Conley. That includes the interns.

For context, Sean Conley is the Physician to the President and he released an official statement about Trump’s health. Trump vaguely derived his “I’m immune” mentality based off of this statement.

According to Eric Topol, Director & Founder of the Scripps Research Translational Institute, Conley’s new statement makes some puzzling claims that just don’t add up. Here’s his response to Conley’s report:

Dr. Conley just put out a new statement, a master class in the art of medical deception.
The "no longer evidence of actively replicating virus" would take culturing the virus and a BSL-3 specialized lab.
And reduced viral load ≠ non infectious. pic.twitter.com/TP8sEULhu2

Others on social media haven’t responded to Conley’s statement too kindly either, to say the least. Many have expressed that they seriously question Sean Conley’s credibility.

Joe Biden is infamous for his face-palming gaffes – but Trump sure isn’t immune to blunders either. Trump once again tried to be a scientist, explaining how eventually people would all develop a “herd mentality” to fight the virus. The President obviously meant “herd immunity” – the scientific term for late-stage disease resistance.

Pres. Trump says COVID-19 will go away even without a vaccine in part because of … “herd mentality.” pic.twitter.com/PhrU06GJJo

Of course, Trump’s Freudian slip had people roaring with laughter. A “herd mentality” refers to people’s tendency to conform to mass-group beliefs. Thus, the error calls upon dim-witted mass Trump supporters all wearing those bright red “Make America Great Again” hats. Why not join the group if everyone’s doing it? Plus you’ll get herd immunity  mentality to ward off spread COVID-19!