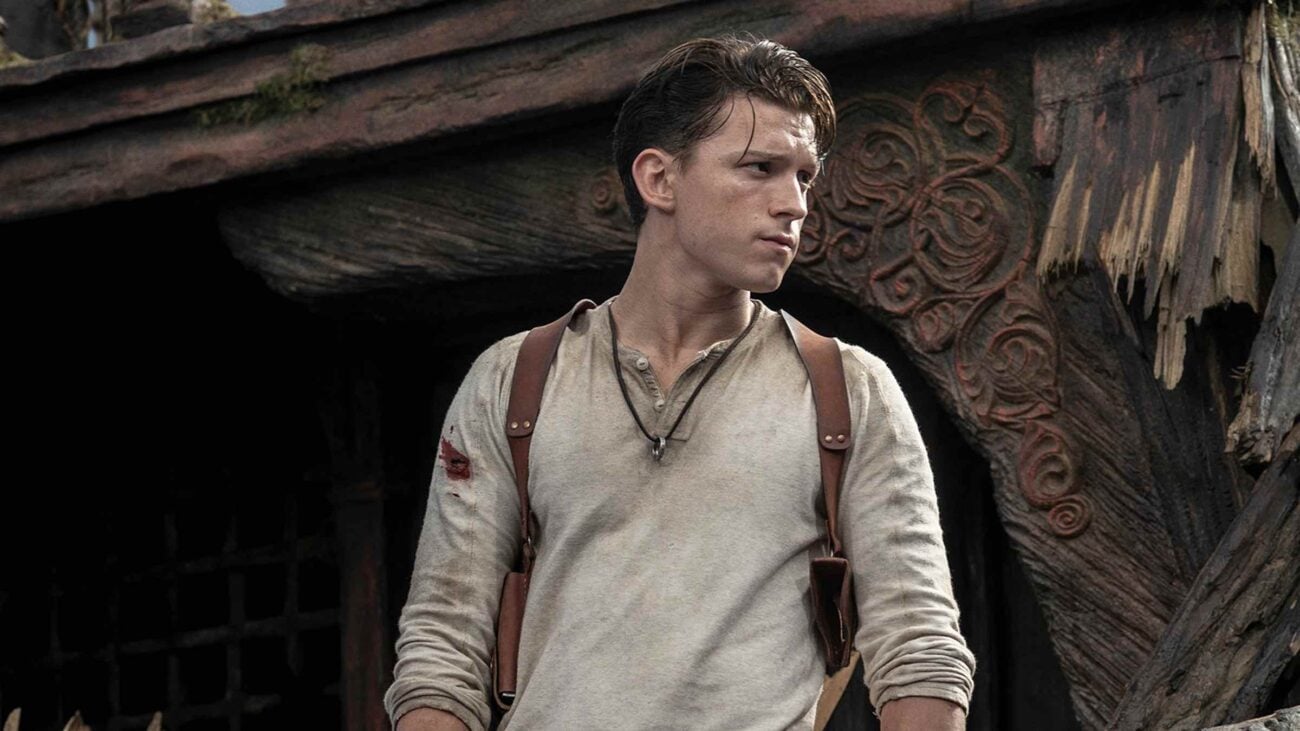 The film is based on the hit Playstation video game of the same name from Naughty Dog. The game allows players to come along for the ride as two adventurers, Nathan Drake and Sully, try to locate treasure while dodging multiple dangers along the way. With Tom Holland and Mark Walhberg at the helm, this Uncharted movie is bound to capture the same energy & fun as the game.

Of course, many on Twitter are extremely excited to see Tom Holland in the new Uncharted movie (or in anything, really). We explored the threads to find more information and the best reactions to Tom Holland’s new film. Grab your mustaches as we dive into Tom Holland’s Uncharted film. 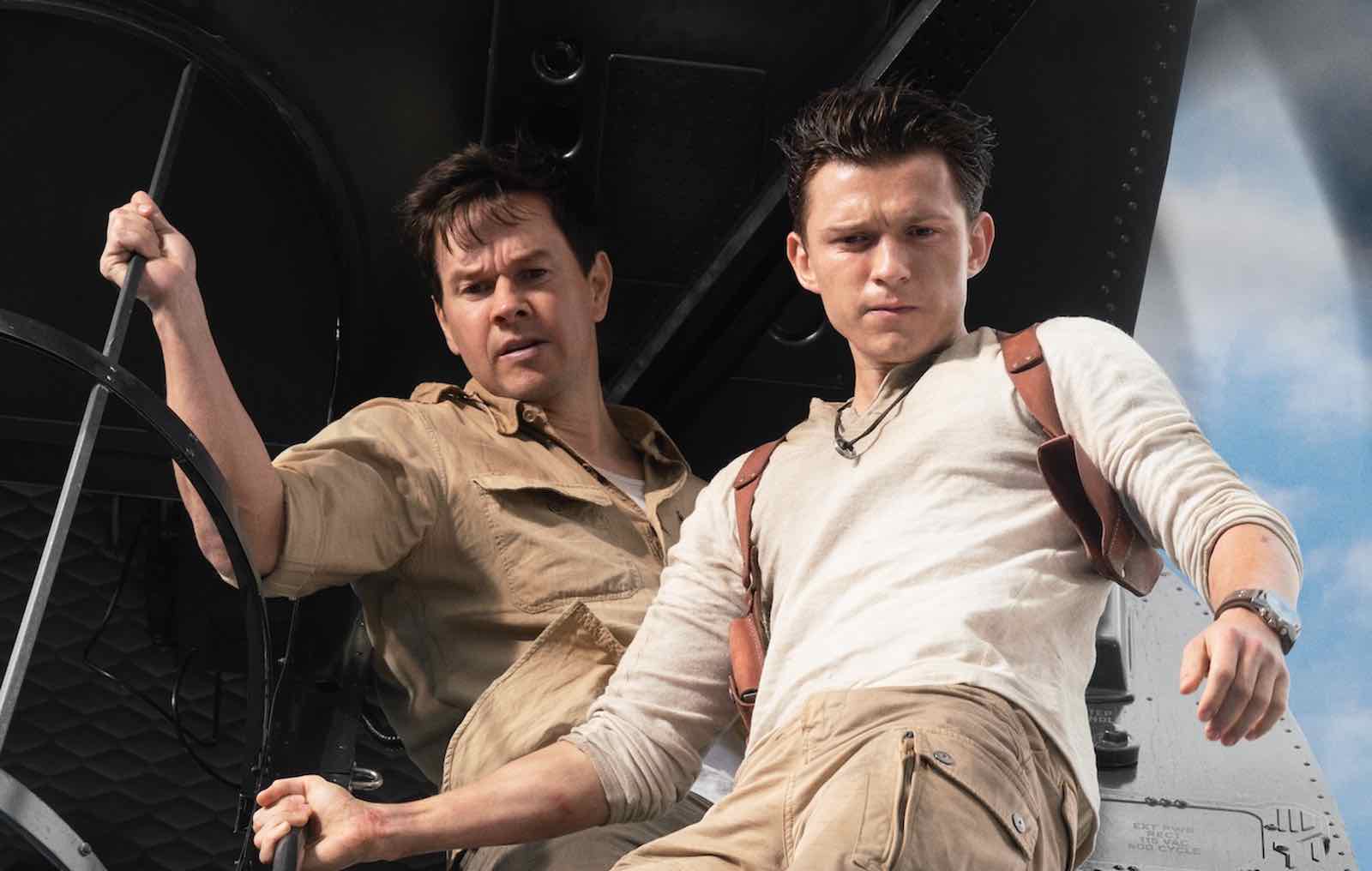 As some of you may know, the Uncharted franchise focuses on the adventures of Nathan Drake as he sets off to uncover mythical treasures and lost cities, usually ending up in bouts against thieves and rival explorers, such as the nefarious Rafe Adler.

The film seems to be following that same spirit, from what the trailer has revealed. The film is directed by Ruben Fleischer, with a script penned by Art Marcum and Matt Holloway and Rafe Judkins who penned the Iron Man script.

Holland plays Nathan Drake, a treasure hunter who is accompanied by Wahlberg’s Sully and Sophia Ali as Chloe Frazer, a potential love interest of Drakes. The film is set to come out February 18th, 2021, though both fans and the actors are already excited to start this adventure. 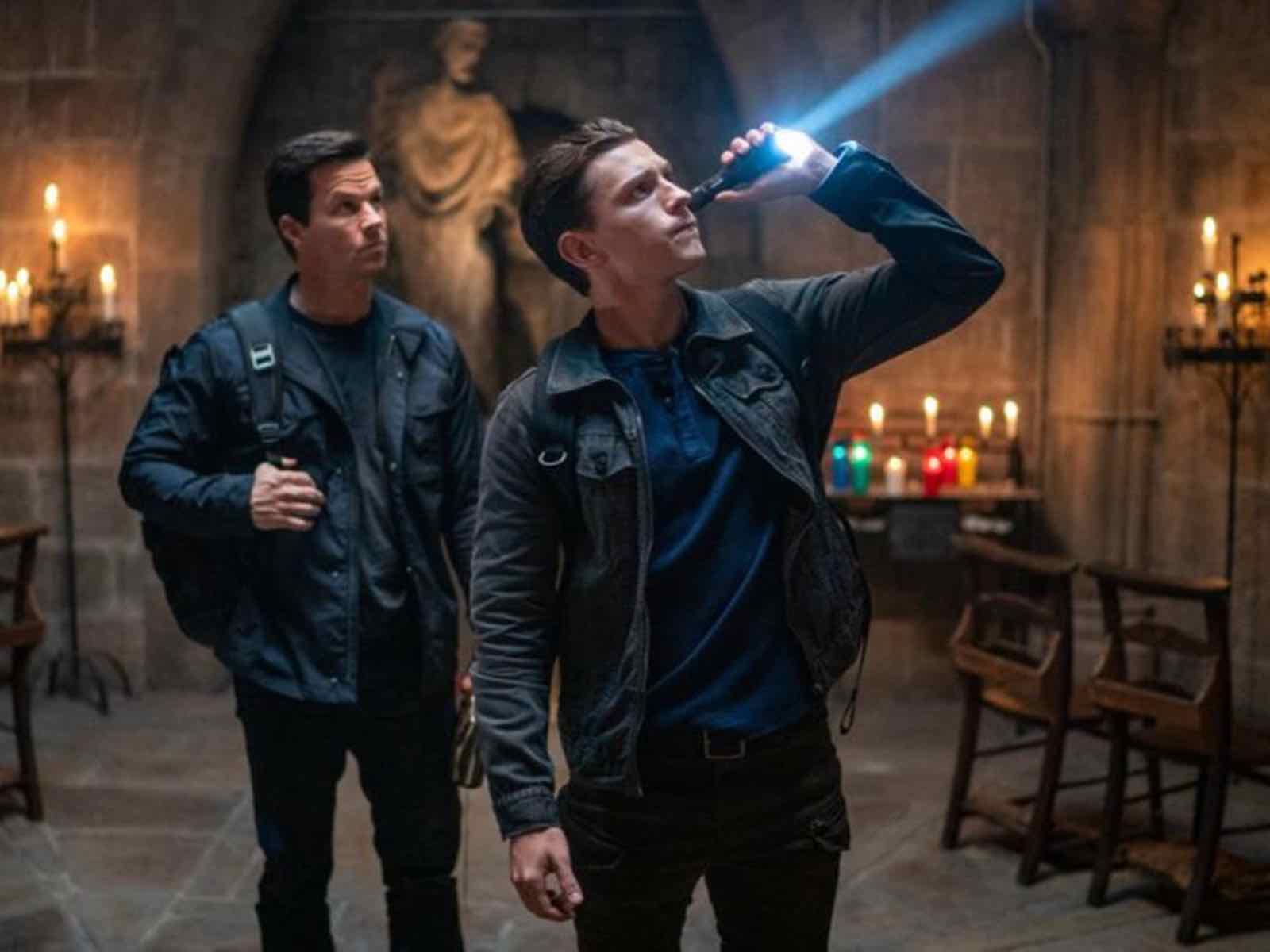 Holland recently discussed the film with British GQ, both about the joy and challenges of playing such an iconic video game character. Specifically, how he worried about looking like a classic action hero.

“As soon as you start worrying about ‘Do I look good in this shot?’ acting becomes something other than playing a character,” Holland said. “I think there are elements of my performance in ‘Uncharted’ where I kind of fell under that spell of being ‘I want to look good now. I want this to be my cool moment.’ I had to play this very tough, very stoic guy — basically be Mark Wahlberg”.

Despite his worries, Holland’s version of Drake already looks pretty heroic from what we can see in the trailer. While we need to wait to see Holland in action, social media has already begun to discuss the new film and Holland’s part in it.

The movie is gonna be exactly like the games. it has the plane,boat,clocktower scene,puzzles,the ring, and it talks about sam. It looks like its gonna be all the uncharted games mashed into one movie I hope its good.

Naturally, many on Twitter have begun to freak out over the new Uncharted film. Some worry about the film’s ability to capture the original feel of the game (since video game films don’t have the best track record) while others are simply excited to see Tom Holland on the big screen again. Reactions include:

I still cannot get over how sexy Tom Holland looks in the new Uncharted trailer. I will never look at Nathan Drake the same again. That picture with his shirt soaking wet, irresistible. #GayCrush #Gaymer #GayGuyHeaven #TomHolland pic.twitter.com/oyqJ9tQMqv

Am I the only one that keeps expecting @TomHolland1996 to shoot webs to get in that plane – in that #Uncharted trailer? pic.twitter.com/pJMYVPwjDv

Tom Holland fr about to do uncharted? That’s gone be fire

Aka us while we watched the trailer.

Are you excited for Tom Holland’s Uncharted movie? Let us know in the comments so the adventure can begin!