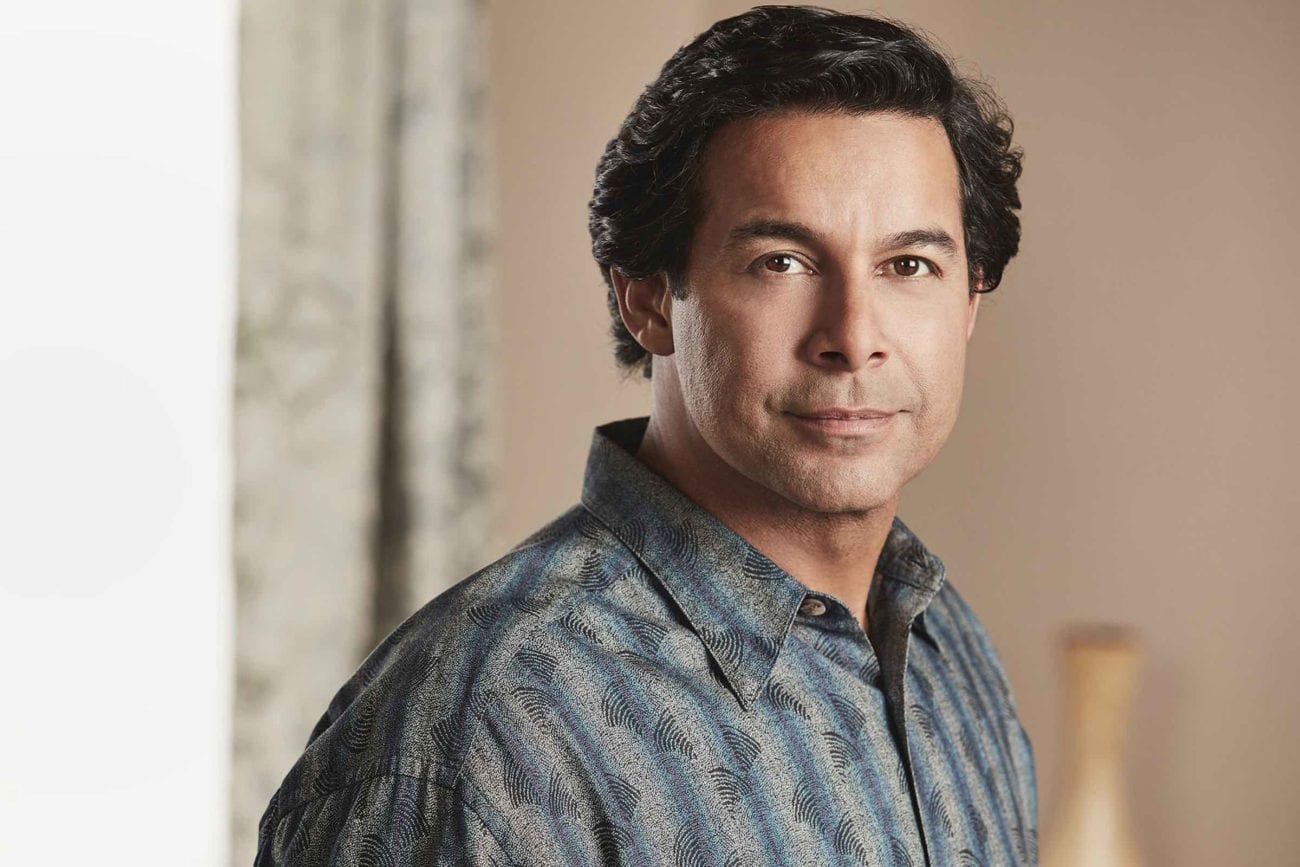 ‘This is Us’ season 4: Why we’re worried about Miguel

This is Us has taken a whirlwind tour over its fourth season so far, which is saying something because this show has always been on a whirlwind journey. Watching Rebecca (Mandy Moore) find love again after Jack’s (Milo Ventimiglia) death through Miguel (Jon Huertas) has been a touching journey. Of course, no step-parent is loved by every kid as we’ve learned.

But as we’ve watched Miguel stand by Rebecca’s side as she begins to deteriorate mentally, certain flash-forwards have hinted that Rebecca isn’t going to be with Miguel by the time she dies. While Mandy Moore has stated that Rebecca is wearing a ring in these scenes, Jack’s brother Nikky (Griffin Dunne) is by her side on her deathbed, not Miguel.

So, while nothing so far has explained why Miguel leaves Rebecca to die without him, there’s only six episodes left in season four to get more answers. Of course, we may get to know nothing by the end of season four since This is Us got renewed for a fifth and sixth season at the same time as season four. So let’s put on our theory hats and look into Miguel’s history to see if we can find some answers. 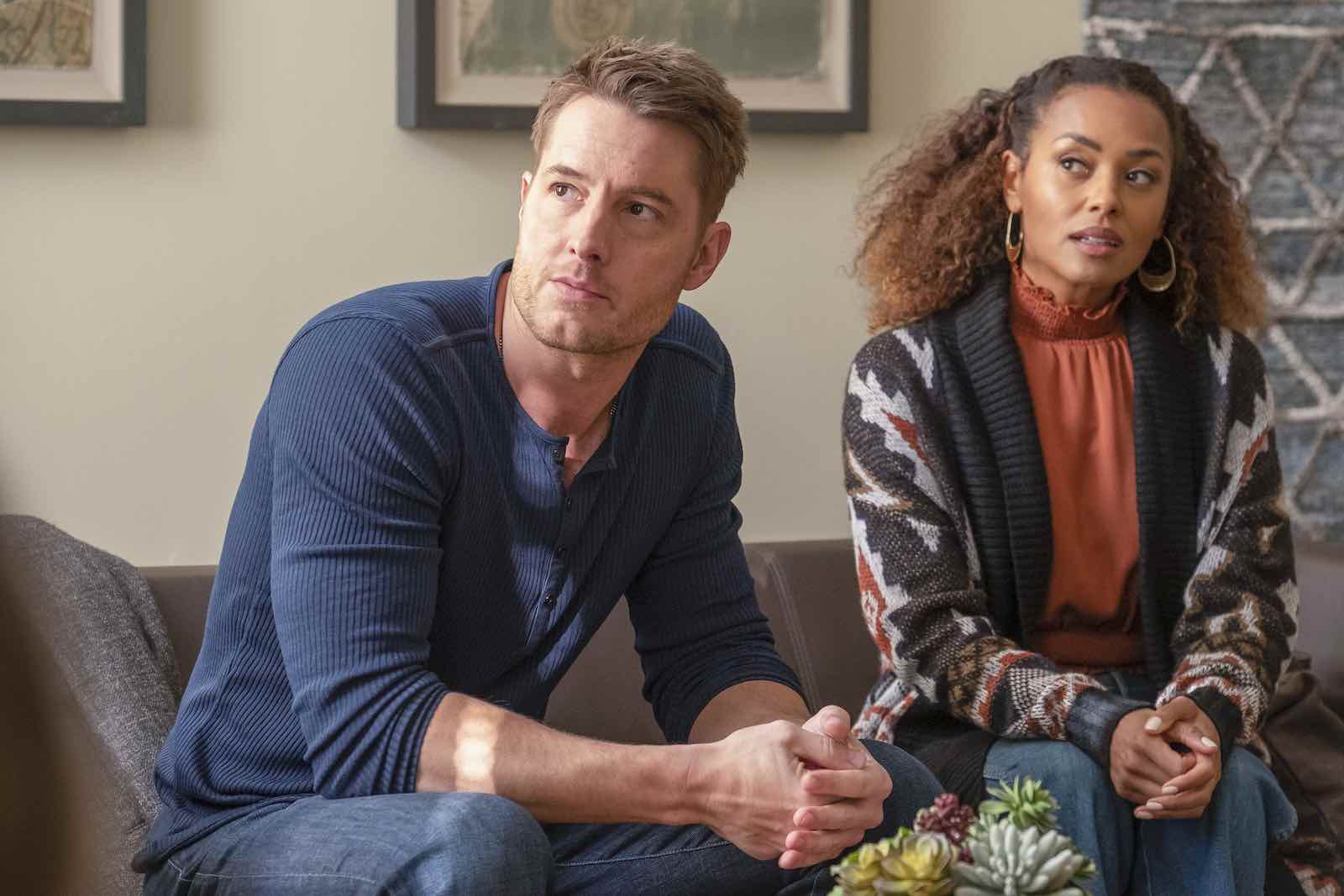 His relationship with Kevin (Justin Hartley) is still lacking

Like we said earlier, step-parents have the uncomfortable job of having to form a bond with a person who is still attached to their real parents. We saw how hard it was for Jack and Rebecca to connect with Randall, and he was just adopted. Miguel has an even more awkward position as he was Jack’s number one, so the Big Three have always known him in relation to their father.

While Kate and Randall have accepted Miguel into the family, Kevin is still acting hostile towards him. Even as Miguel tries to point out how Kevin reminds him of Jack, or try to connect with Kevin through his career, Kevin blows him off or gives him attitude back. Miguel eventually gives up, letting Kevin be angry and hateful. After going to rehab, Kevin has warmed up to Miguel, but he’s not at the same level as his siblings. 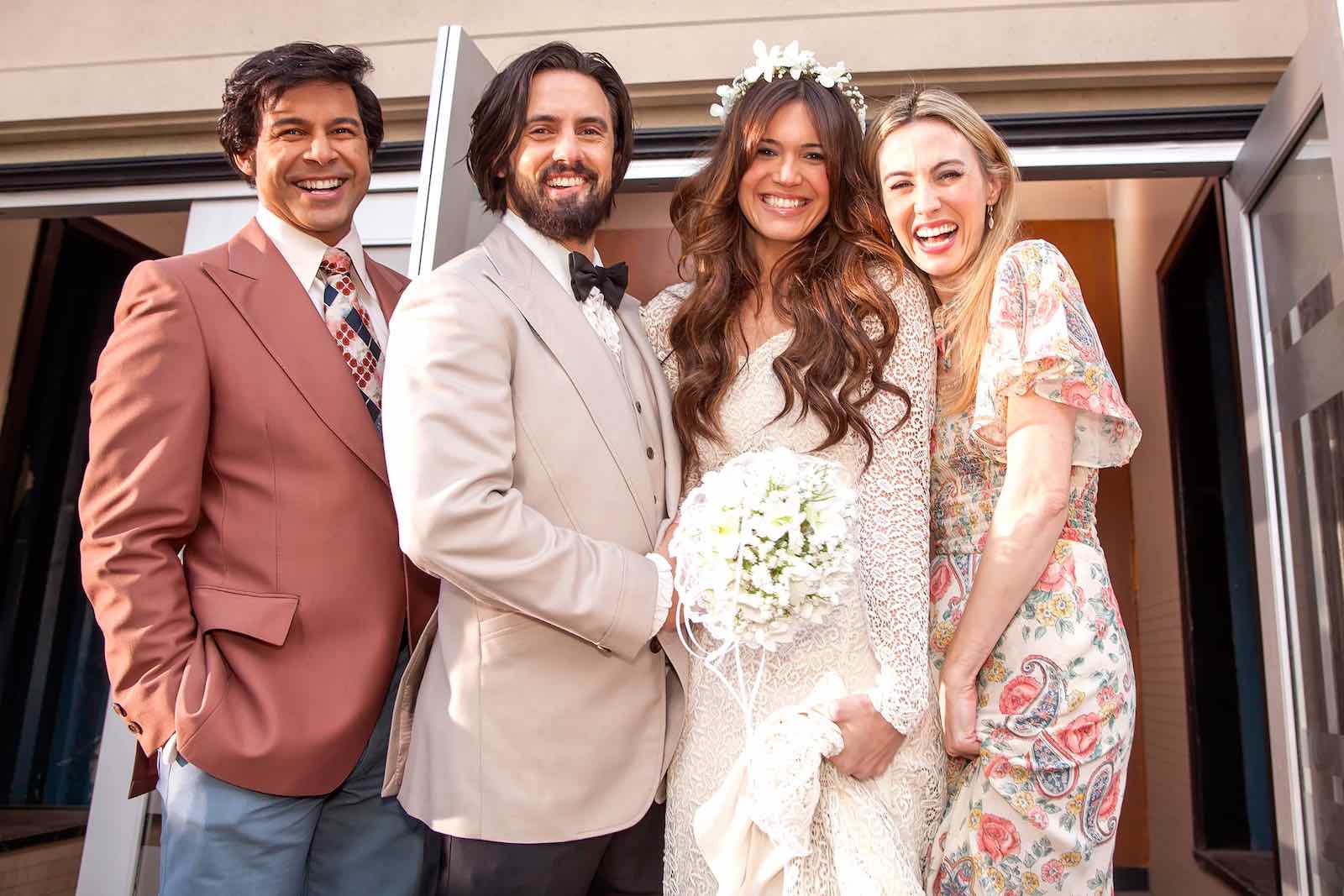 Miguel was unconcerned with Rebecca’s disappearance

Because it’s totally normal for your wife to disappear for several hours when she said she was just going to a movie. Especially considering Rebecca’s memory had been going through the season, Miguel should be showing more concern if she’s getting lost out in the open world.

Later on, in season four, Miguel openly admits that he’s denied Rebecca’s degenerative state, which is a natural response to seeing someone you love begin to regress. But if this interferes with his ability to take care of her, the Big Three will kick him to the curb. The fall finale also featured the flash-forward where Miguel is not by Rebecca’s side. Coincidence? I think not. 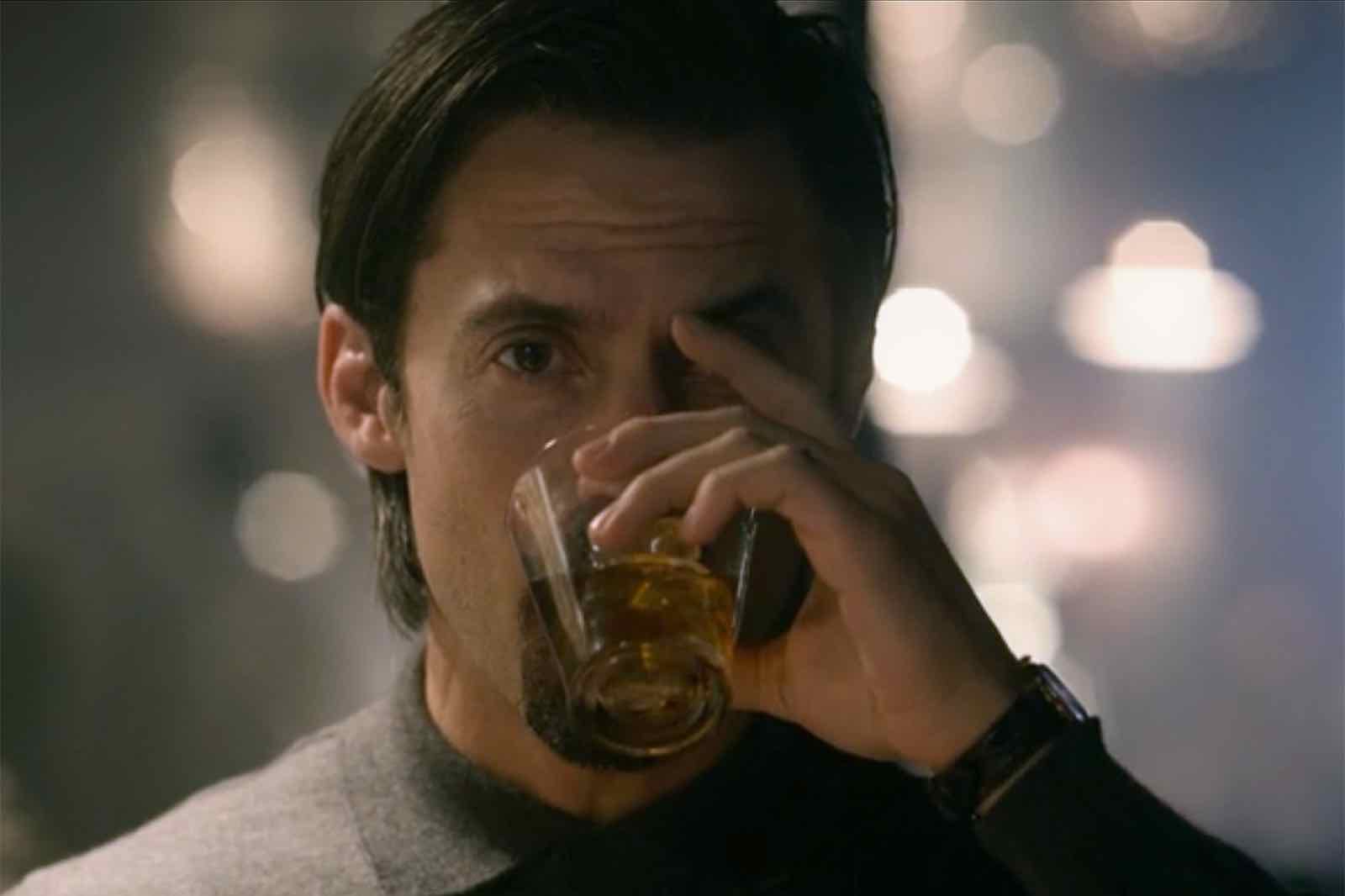 Miguel’s alcohol-fueled past with Jack

Jack’s past as an alcoholic is no secret, but it becomes clear that Miguel was just as bad as Jack at times. While we don’t know if he ever did something as stupid as driving drunk after his wife that left him to go on tour, we do know he got a divorce at one point that put him back on the bottle.

But also revealed during that is Miguel cheated on his wife, and that’s why she wanted a divorce. Whether he cheated on her while drunk or not, we don’t know for certain. But we do know the pain of his wife leaving him led to him returning to his alcoholic ways. Something as stressful as Rebecca’s memory issues could yield the same effect. 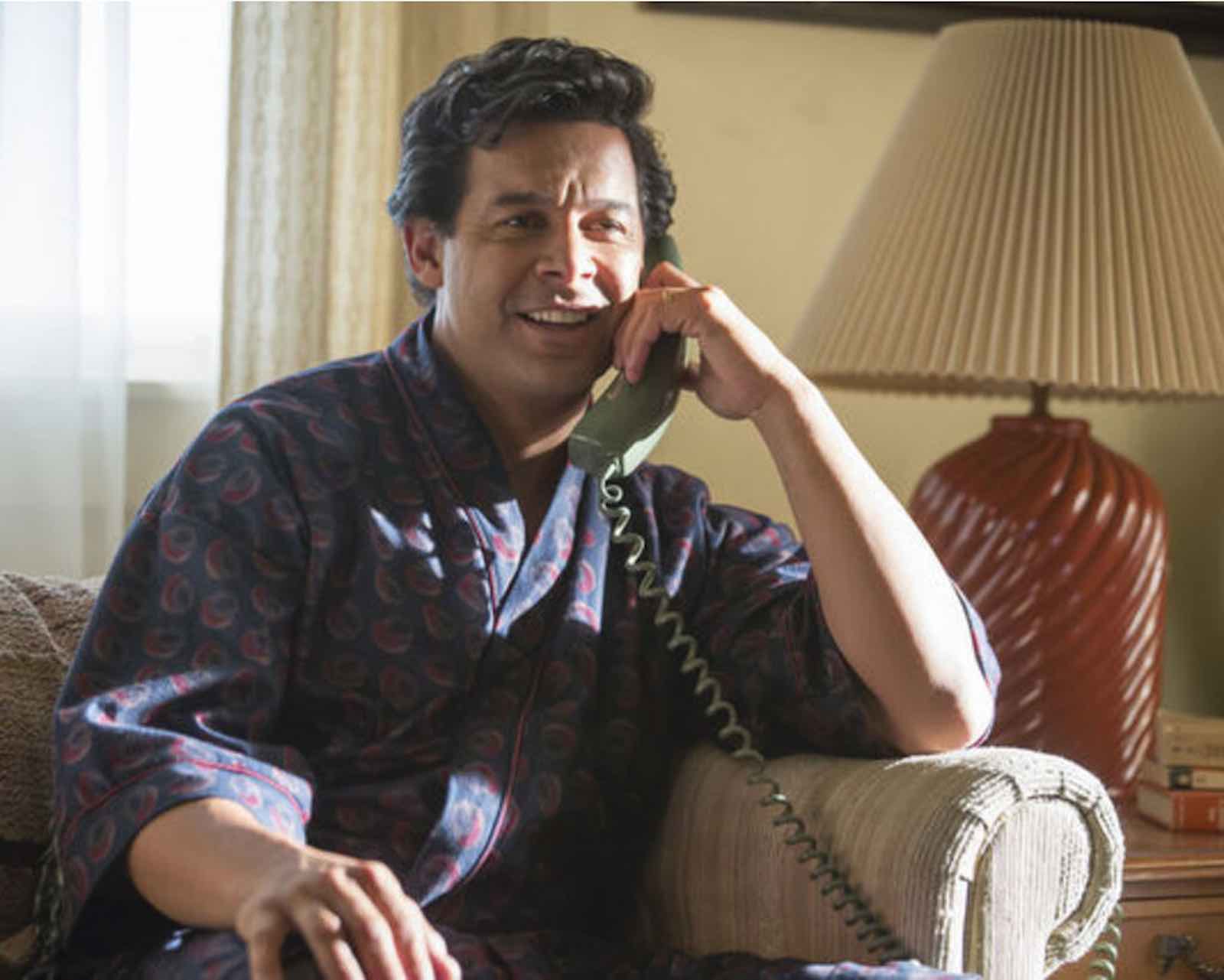 So, what will happen to Miguel?

None of these theories give a direct answer to what happens to Miguel. Right now, it looks like the secret of his disappearance is the long-game for This is Us. We do know that he has a history of not dealing with stress well, isn’t accepting of Rebecca’s diagnosis, and has issues with the Big Three.

Some combination of all of these factors are going to push Miguel over the edge and cause him to leave Rebecca in her time of need. Does this push her closer to Nikky? Make her rely on Kate and cause her more marital issues? Somehow make Kevin responsible? We still have six episodes to get to the truth, or more likely, two seasons.

This is Us season four airs on NBC on Tuesdays at 9pm.