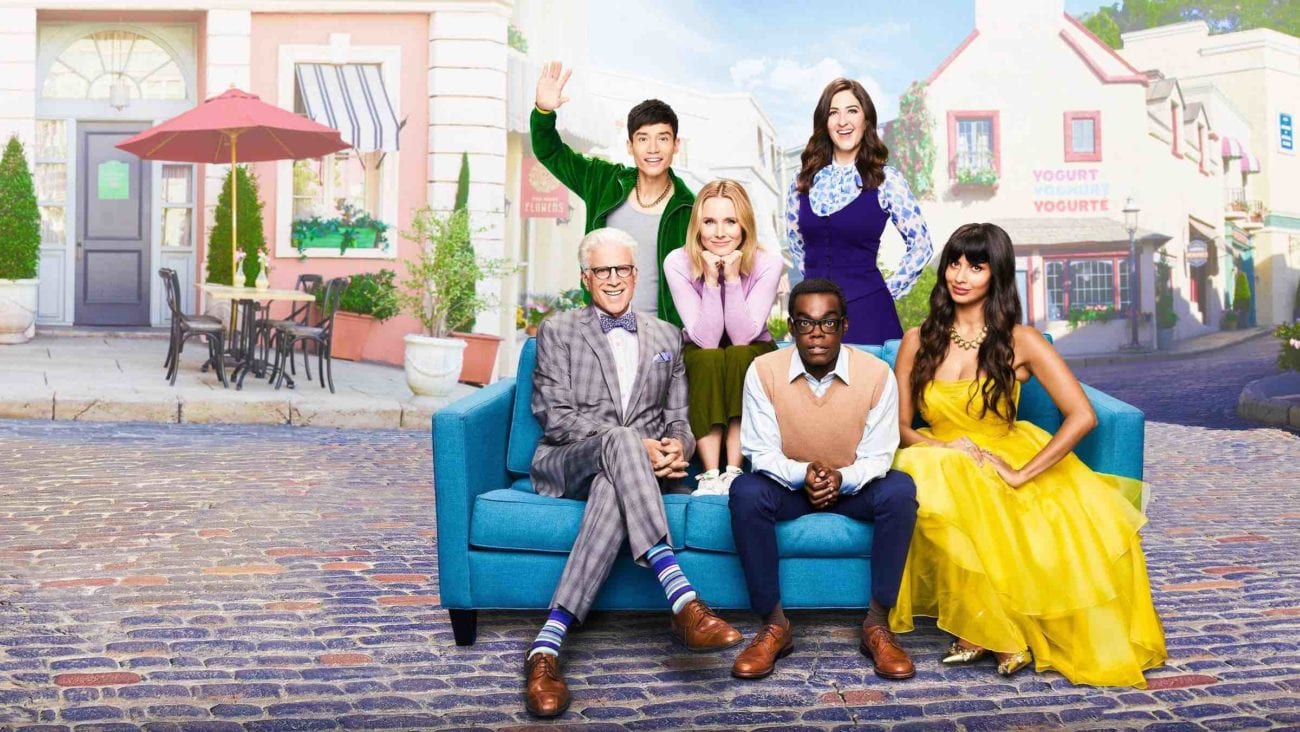 After all the Bad Place drama, The Good Place is back on its usual bullshirt about its humans improving. Of course, it’s framed as Michael (Ted Danson) telling the story to Bad Janet (D’Arcy Carden), so you know it’s gonna have some choice side commentary.

If you’ve been feeling like the humans don’t get a chance to shine, don’t worry. “A Chip Driver Mystery” gives John and Brent a chance to shine, while putting the Soul Squad’s strengths on display. No wonder Michael has so much hope about the future.

Oh, and don’t question the random six-month time jump this episode throws at you. From the get-go, Michael tells Bad Janet he’s been visiting her for these past six months and it’s such a throwaway line that if you weren’t paying attention, you’d have no clue everything’s way ahead of where we were. Now, onto the trouble our lovely resident Brent has been causing. 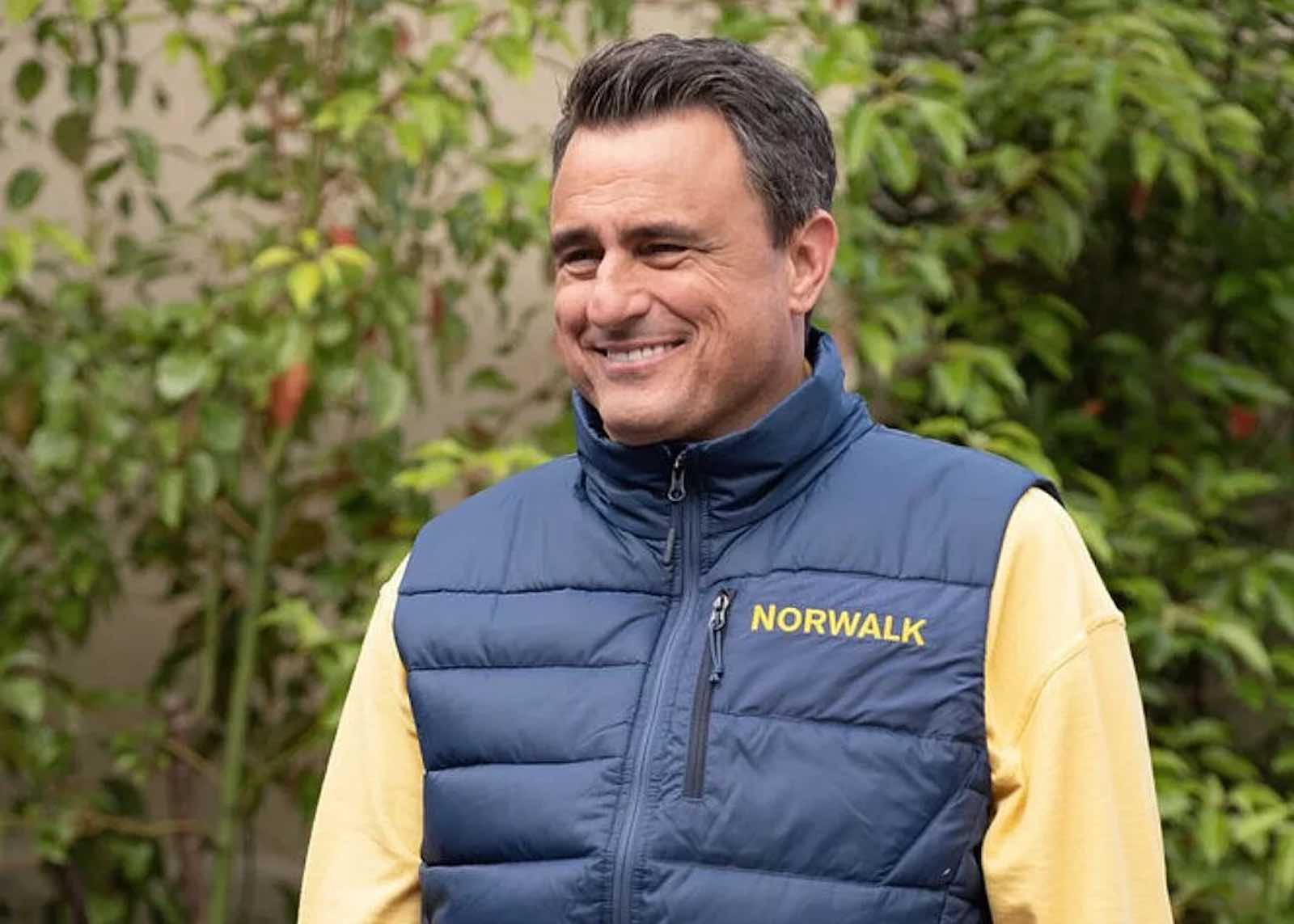 In a surprise to no one whatsoever, Brent’s novel stinks. But what’s worse is the inclusion of some of the Good Place residents, like love interest Scarlett Pakistan, based on Tahani (Jameela Jamil), and Four-Eyed Igby, who overthinks everything. (Take a guess who that is.) No one’s happy with the book, but especially not Simone. 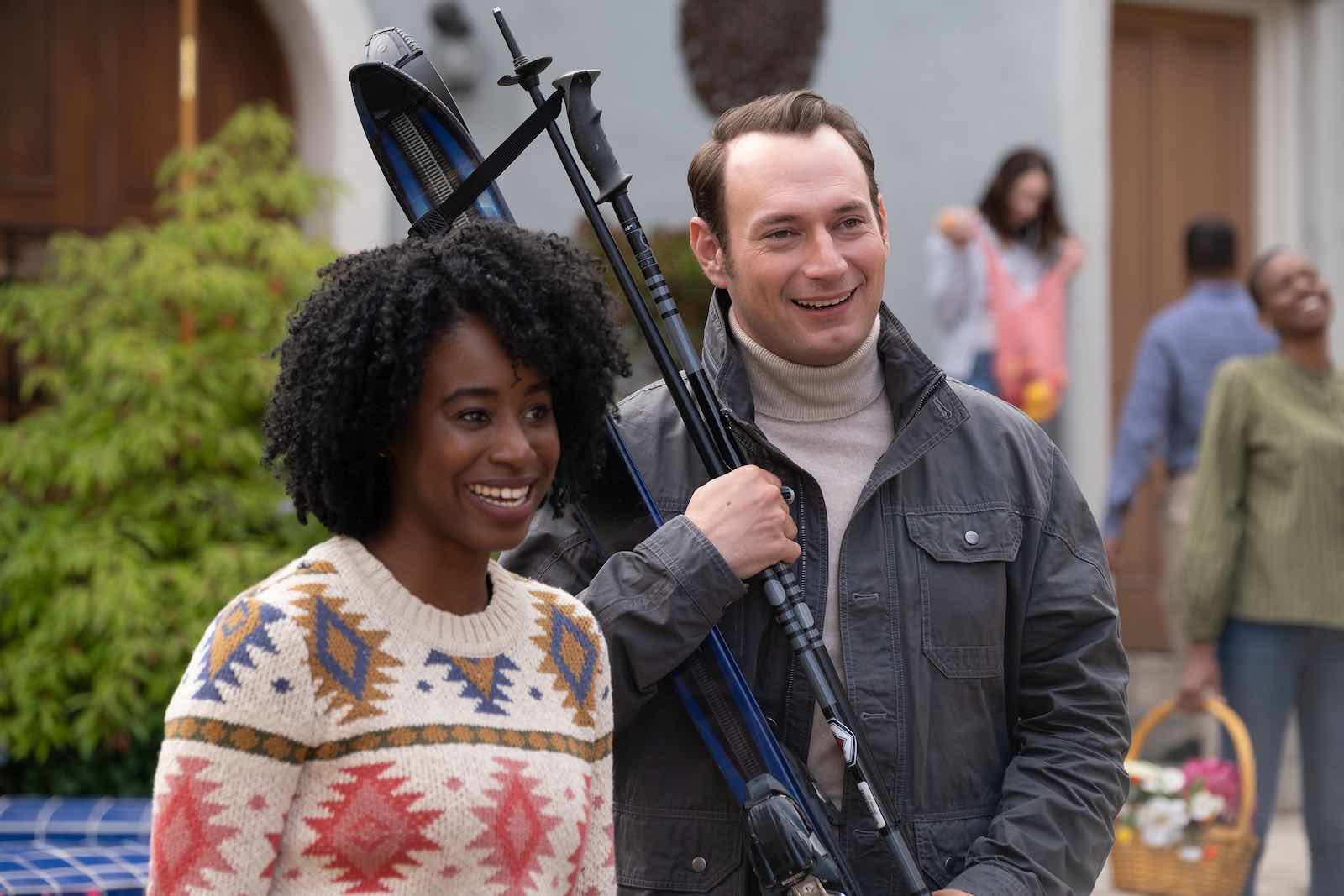 Simone is disgusted with the sexist, racist, and xenophobic language in Brent’s novel, so natually she’s the one Brent wants to introduce him at his book event. Eleanor (Kristen Bell) tries to convince Simone she should just look past the literary insult fest, but Simone has dealt with enough of such nonsense on Earth to keep “letting it go” in the Good Place.

Surprisingly, when the moment comes, it’s not Simone that lashes out on Brent for his book. Tahani is the one to overcome her British way of dealing with things and speak her mind for once. Brent takes both Tahani and Simone’s criticisms as well as you would expect.

After the fiasco that is Brent’s so-called “apology”, the Soul Squad is stuck in the hole trying to figure out how to get Brent’s points back up. But just like every other time this season, Eleanor and the gang are already picking themselves back up and coming up with some ideas on how to get Brent to do something good before he can unthink it. 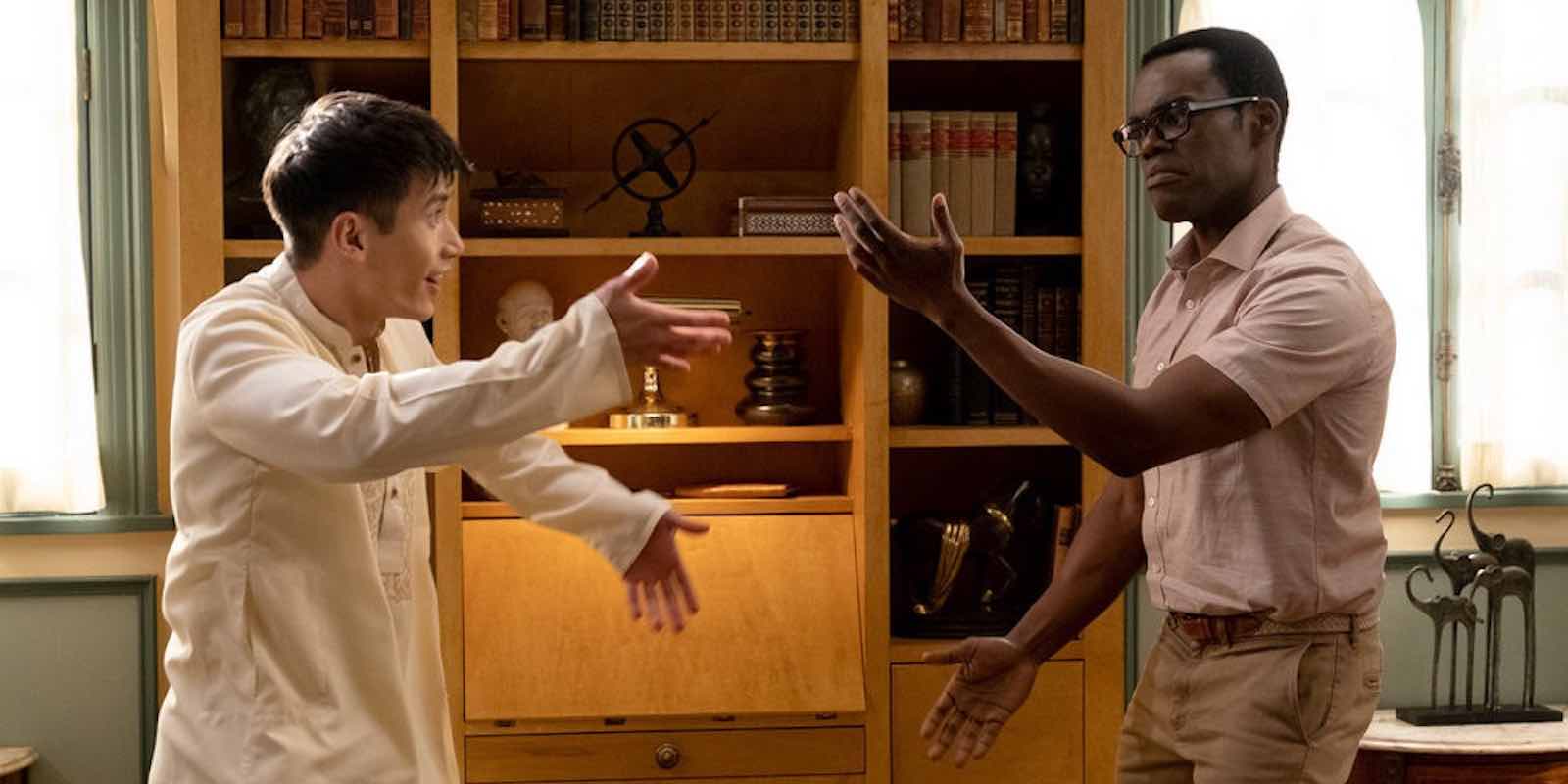 If you guessed Chidi was Igby, you’re right! While poring over Brent’s book, Chidi realizes his indecisiveness is a huge problem; he’s not spontaneous at all. So Jason does what Jason does best: makes a spontaneous decision for Chidi.

The two get up and dance while listening to some of Jason’s awful techno music from back on Earth. Surprisingly, Chidi’s into it – until John comes in and realizes Jason isn’t a Buddist monk. 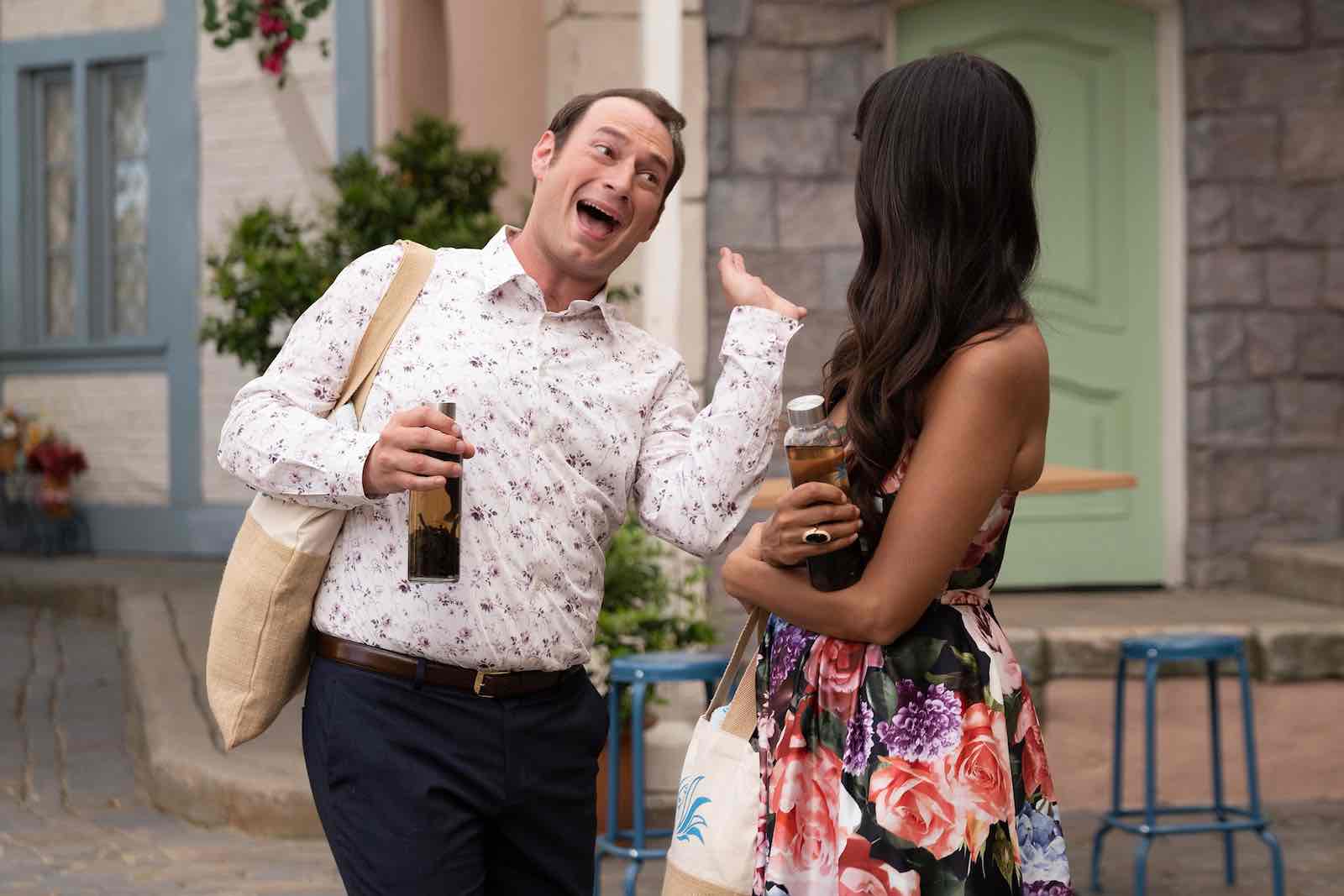 Just like any other gossip blogger, John of course wants to spill the tea instantly on Jason’s real identity. But Chidi manages to convince him not to by using an ethical argument, proving John is actually improving in the experiment! At least one of the humans is gaining some points.

With a messy future ahead of them, the Soul Squad doesn’t have much time to crack Brent’s ego open. If they really want to prove to the Judge that humans can be good, they need to get Brent to improve in any way possible, and fast. With only half a season left, it’s going to be a fight to break Brent and get him to be good – and we can’t wait to watch.