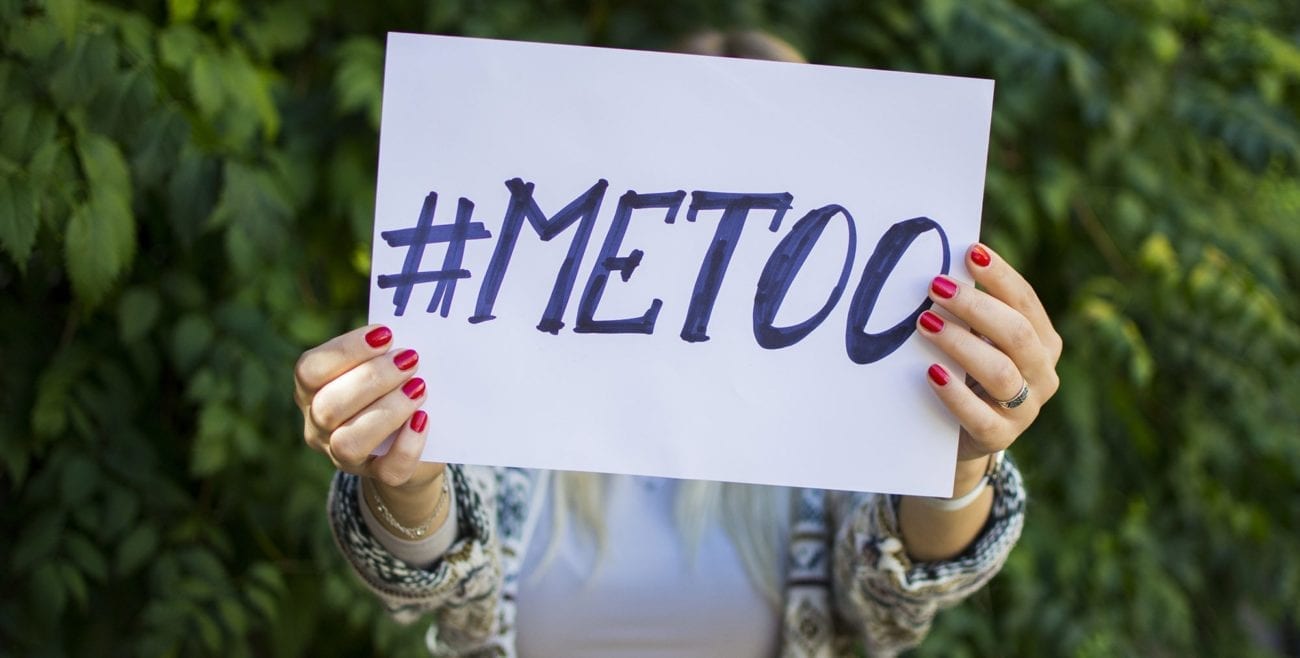 Swept under the rug: The forgotten #MeToo allegations

Backstreet’s back, alright? The teen pop sensation was on tour in the US last year, no doubt breaking hearts and making girls scream in the same way they did back in the 90s. But while the Backstreet Boys resurgence might fill many pop lovers’ hearts with joy, for actress & singer Melissa Schuman (The Hollow) it’s a reminder that her ordeal is far from over.

Outlined in a recent feature by The Daily Beast, Schuman alleged Backstreet Boys band member Nick Carter – who is under an ongoing police investigation – raped her back in 2003. The story was first shared in a November blog post in which Schuman recalls a shocking account of abuse and rape at the hands of a “famous singer” and how it affected her psychologically, but also professionally. Carter later came out with his own statement in which he said he was “shocked and saddened” by the accusations.

The story is just one of many examples highlighted in the wake of the #MeToo and Time’s Up movements. Whether the allegations are true is by the by – the fact is that the Backstreet Boys continue to thrive without any active conclusion over the allegations made against Carter. While police may “actively investigating” the case, how many other active investigations are currently underway while the alleged perpetrators continue to flourish within the entertainment industry?

In an attempt to shed some light on this glaring question, here are a number of other allegations that appear to have been swept under the rug in the wake of #MeToo.

Early last month it was reported Morgan Freeman was back at work amid a series of sexual assault allegations made against him. The Oscar-winning actor was spotted filming scenes in Georgia for his new movie The Poison Rose with co-stars John Travolta (Pulp Fiction) and Famke Janssen (X-Men) amid his ongoing legal battle with CNN over its report that he sexually harassed and was inappropriate towards eight women.

According to the Economic Times, the most physical of the allegations involved Freeman lifting up a production assistant’s skirt on the set of Going In Style back in 2015. It’s yet to be seen what the outcome of this investigation will be – call it a hunch, but we’re guessing we’ll be waiting for the outcome for quite some time.

Although actor Jeffrey Tambor was ousted from his central role in the charming Amazon series Transparent amid sexual misconduct allegations, former fans were shocked to see him feature in the fifth season of the resurrected Netflix comedy Arrested Development. In the runup to S5’s release, further revelations about Tambor’s misbehavior came to light, this time regarding the mistreatment of his on-screen wife (played by Jessica Walter) during what he described as a “blowup”.

The revelation was made during a New York Times roundtable interview, which went viral and led Netflix to cancel all future interviews supporting the show. The incident was problematic in many ways, notably that it highlighted how Netflix had continued working with Tambor despite the many allegations made against him.

Creator Mitchell Hurwitz pointedly said that “accusations are very different than proof”. Meanwhile, actor and Arrested Development star David Cross explained that he would “stand behind” Tambor. However, as The Guardian pointed out, “The disastrous yet enlightening New York Times roundtable showed that much of the trauma attached to figures such as Tambor remains unresolved.”

Emile Hirsch (Milk) was recently booked by Quentin Tarantino (Kill Bill) to star in his upcoming Charles Manson movie Once Upon a Time in Hollywood. The job offer was made despite the fact that the actor was charged for abusive behavior after physically attacking a woman at Sundance Film Festival just three years ago. Actress Jameela Jamil (The Good Place) called out the questionable casting with the following Twitter post:

Cool. Emile Hirsch strangled my tiny female best friend until she blacked out at a party in front of dozens of witnesses at Sundance Film Festival (and was convicted) but Tarantino just cast him in a movie. INTENSE case of rich white male privelege eh? Cool. Cool. Cool. ?? pic.twitter.com/FkZNmK5fda

While the case was investigated and Hirsch was charged, what it does show is how quickly Hollywood is willing to move on from such incidents, allowing perpetrators like Hirsch to continue working and thriving within the industry despite their previous actions.

Back in March, it was announced that director Nate Parker was invited to helm a new LAPD detective drama entitled Black & Blue in his first project since The Birth of a Nation. The latter film was mired in controversy after it emerged Parker had been charged with rape back in 1999 along with co-writer Jean McGianni Celestin while they were students at Penn State university.

Although Parker was acquitted from the crime, Celestin was convicted of sexual assault and the case was made all the more harrowing by the fact that the alleged victim committed suicide in 2012. As The Guardian divulged, Parker is just one of many accused of misconduct making a slow creep back into the spotlight.

Last week, it was reported that former NBC correspondent Tom Brokaw and veteran news anchor Charlie Rose were invited to Allen & Co.’s high-powered Sun Valley conference a.k.a. “The summer bootcamp for billionaires”. This is despite both industry figures facing a series of sexual harassment allegations.

With regards to Rose, eight women made claims the presenter sexually harassed them with nudity, groping, and lewd calls. Meanwhile, Brokaw was accused by three women of acting inappropriately towards them, with one claiming he made an unwanted advance to her numerous times.

In addition to the invites to the Sun Valley conference, it was recently reported Rose is being pitched as the host of a new show that would see him speak to other men accused of similar misconduct. Yikes – it’s unlikely the show will ever actually get passed, but if it does we have no doubt it’ll go down like a shit sandwich.