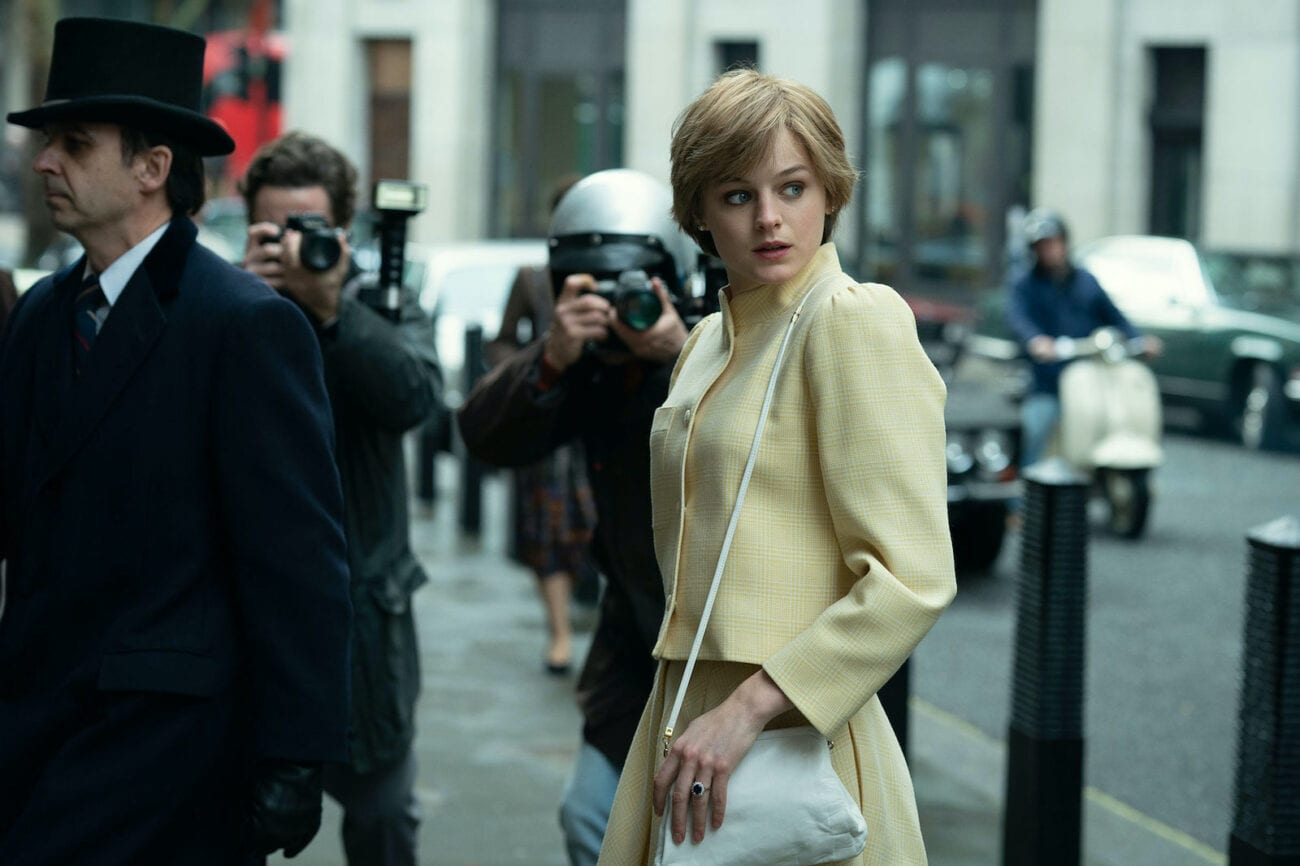 Princess Diana in ‘The Crown’: Scenes that seem fake but are 100% true

The Crown has quickly become the latest Netflix top-ten hit, with its newest season following Princess Diana’s journey into royalty as one of the most famous princesses in history. To both the media & onlookers alike, Diana’s story of stepping into her quiet power as a royal was almost too good to be true. One recollection, however, had even the actress playing her doing a double-take while reading the script. 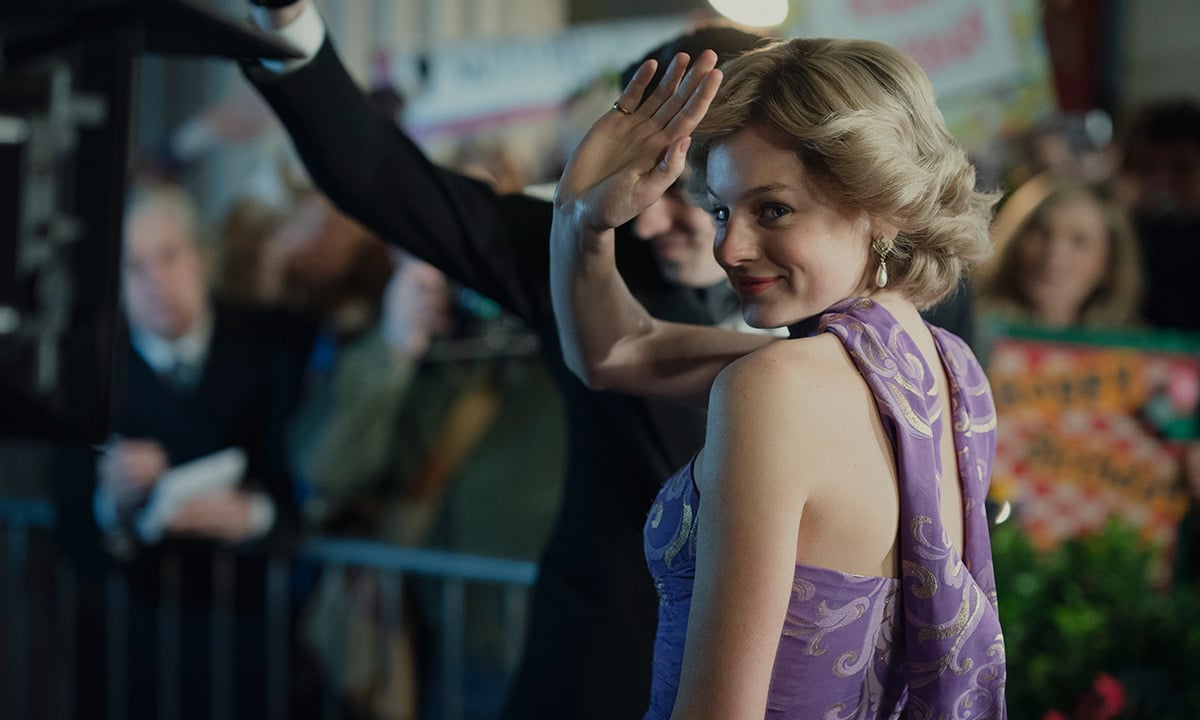 In an interview with Vanity Fair, actress Emma Corrin discussed her surprise when it came to filming a Phantom of the Opera-inspired scene in the “Avalanche” episode of the fourth season of the show. “The Phantom of the Opera thing shocked me the most,” Corrin said. In the scene, Princess Diana presents her husband Prince Charles with a recorded VHS tape of her performing “All I Ask of You” from the famous play.

The million-dollar detail was Diana actually performed the song in full Christine Daaé drag — on the actual set of West End. Corrin couldn’t believe it happened in real life, saying, “That it’s exactly as it happened in the series—as in she hired the West End set, got a film crew in, and filmed it for Charles. Which is mental.”

Ahead of the episode’s airing, the official Twitter account for Phantom of The Opera tweeted a picture of Diana attending a show, recollecting that “All I Ask of You” is said to be one of Diana’s favorites. 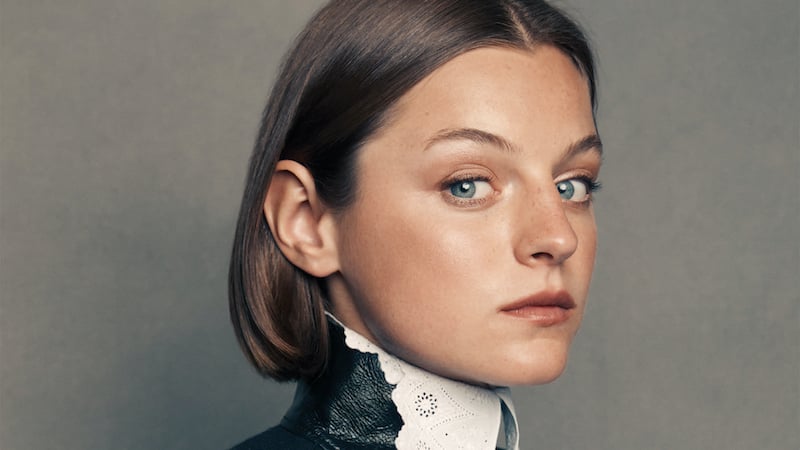 Although the head researcher of The Crown Annie Sulzberger is unsure whether Diana indeed sang “All I Ask of You” or simply lip-synched and mimed the movements, she insists that The Crown producers “did not make this up”. She stated to The Telegraph, “There were a number of [press] reports on this, enough to make us feel comfortable including it in the show. It’s a story that pre-existed the writing of the script.”

Indeed, a 1988 report in The Washington Post detailed an appearance by Phantom of The Opera’s famous composer Andrew Lloyd Webber overseeing the taping of Diana’s performance, with Diana’s vocals included in the taping. Webber has since denied the report. 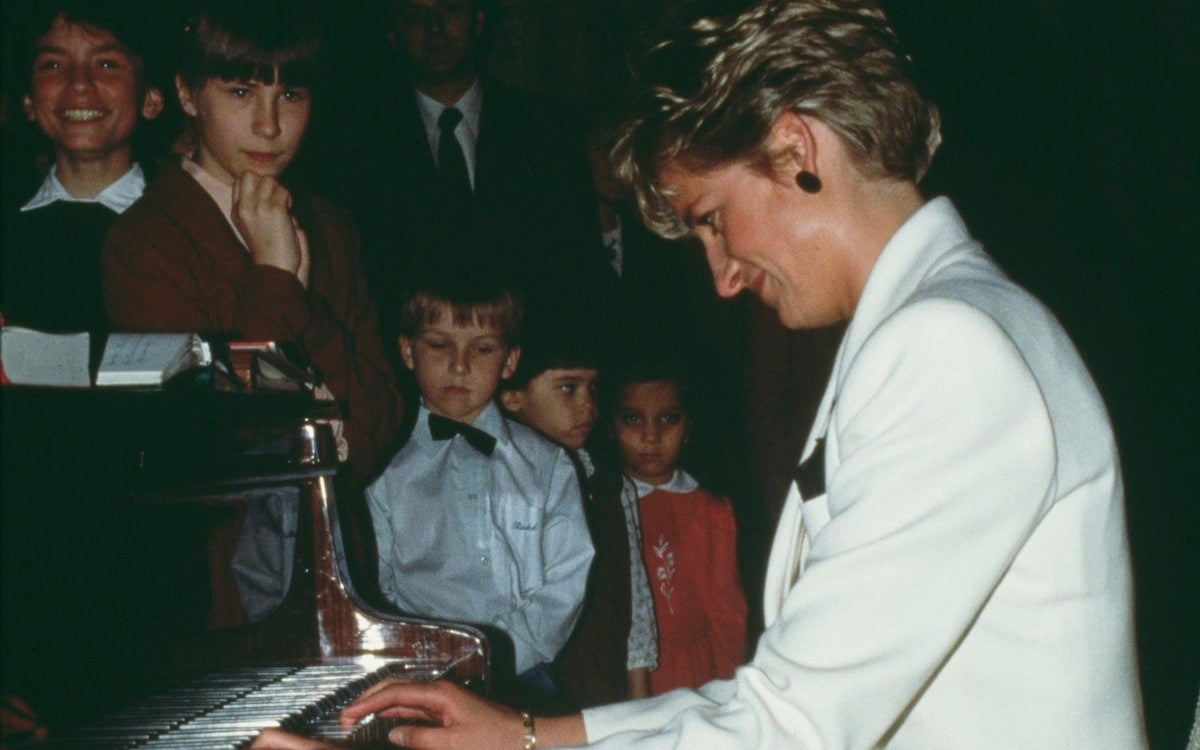 For Emma Corrin, one of the most challenging parts about filming “All I Ask of You” was that she also had to film the “Uptown Girl” ballet sequence back-to-back in a grueling forty-eight-hour streak. She found herself performing countless takes in front of a full theatrical audience, with both the full orchestra & conductor present.

“It was very overwhelming,” Corrin told Vanity Fair. “I had a huge panic attack in the middle of the filming ‘All I Ask of You’ because I was knackered. Filming any kind of performance sequence means you have to do it a thousand times. And there were also a lot of people around,” said Corrin. Even the conductor of the orchestra had to work with Corrin to get everything sounding right.

“The real conductor is obviously very used to doing it his way. He’d been conducting it for years. And I had learned it a different way,” Corrin continued. “So I started singing, and it was awful, because we basically were doing two different things. And it was fine. It was just terrifying. I was so worried about doing it badly.” 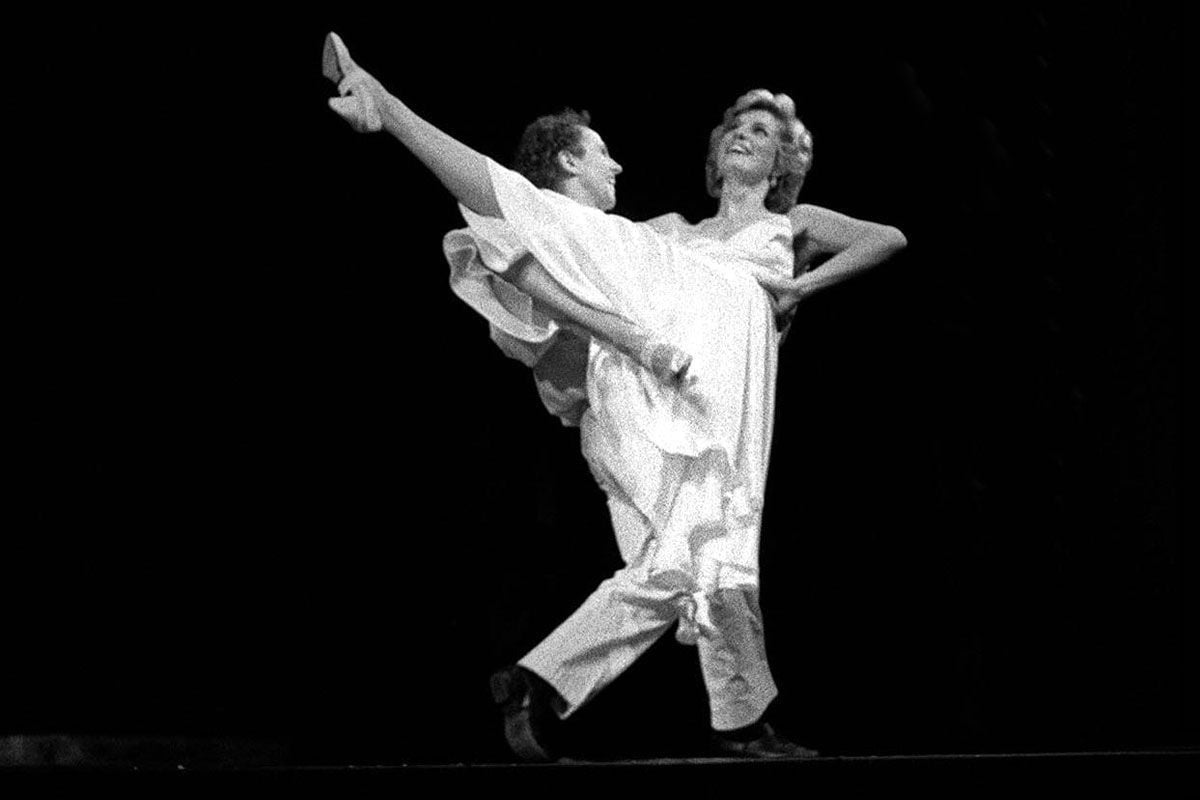 Although Princess Diana’s birthday gift was cringeworthy in its own right, Prince Charles’s discomfort with the outlandish gift was a telling sign of marriage troubles brewing underneath the surface. “Me and my friends always talk about love languages,” Corrin concluded with Vanity Fair.

Corrin believes the Phantom of the Opera gift is but one of many early signs of Diana redirecting her energies back toward herself. “Because [in season 4] you leave Diana as she is embarking on taking back her life. She starts living and fighting for herself and doing humanitarian work and traveling and really stepping into the role of the people’s princess. That will be a beautiful thing, because it will be the confident Diana.”

Corrin’s final comments to Vanity Fair seem like The Crown may yet leave even more to the imagination when it comes to what Diana may have done away from the paparazzi. “I love her so much—I think, to be honest, because the younger Diana was very undocumented. She was sort of mine to create…” 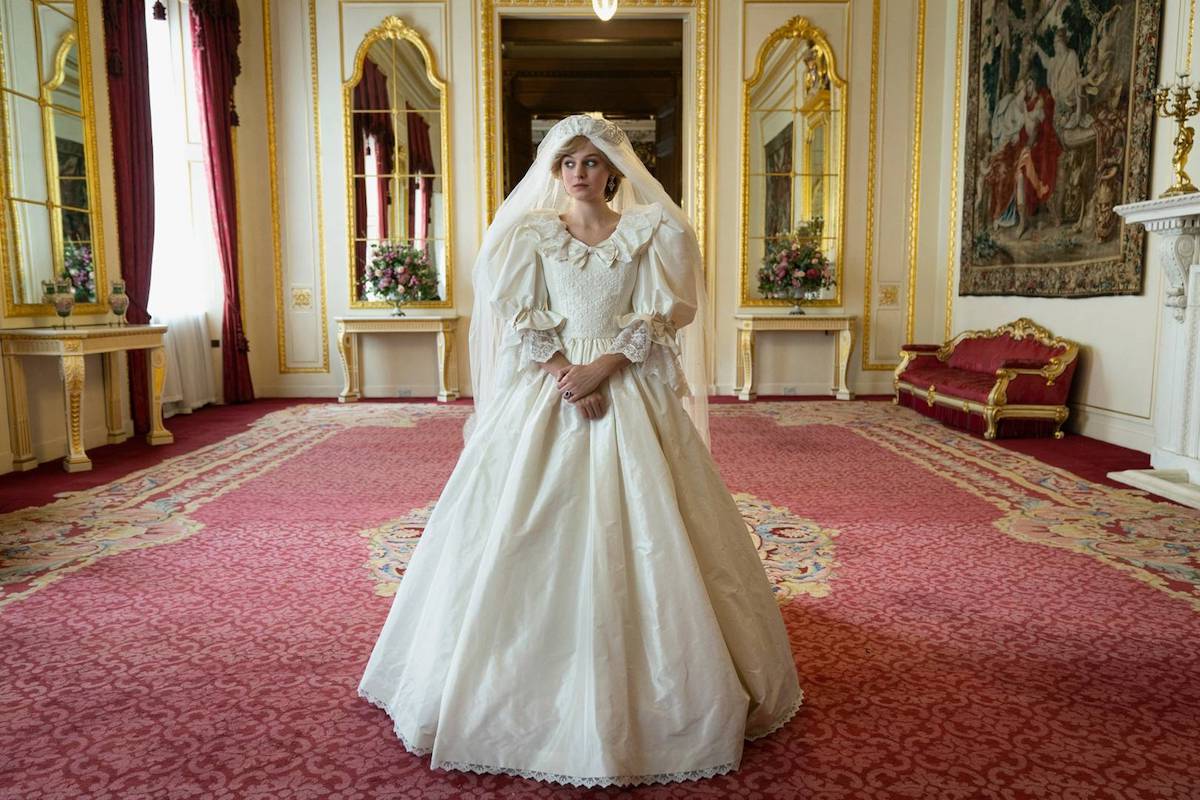 As the TV series moves toward its inevitable tragic chapters, what other parts of Diana’s life seem too-good-to-be-true when watching The Crown? Let us know in the comments.