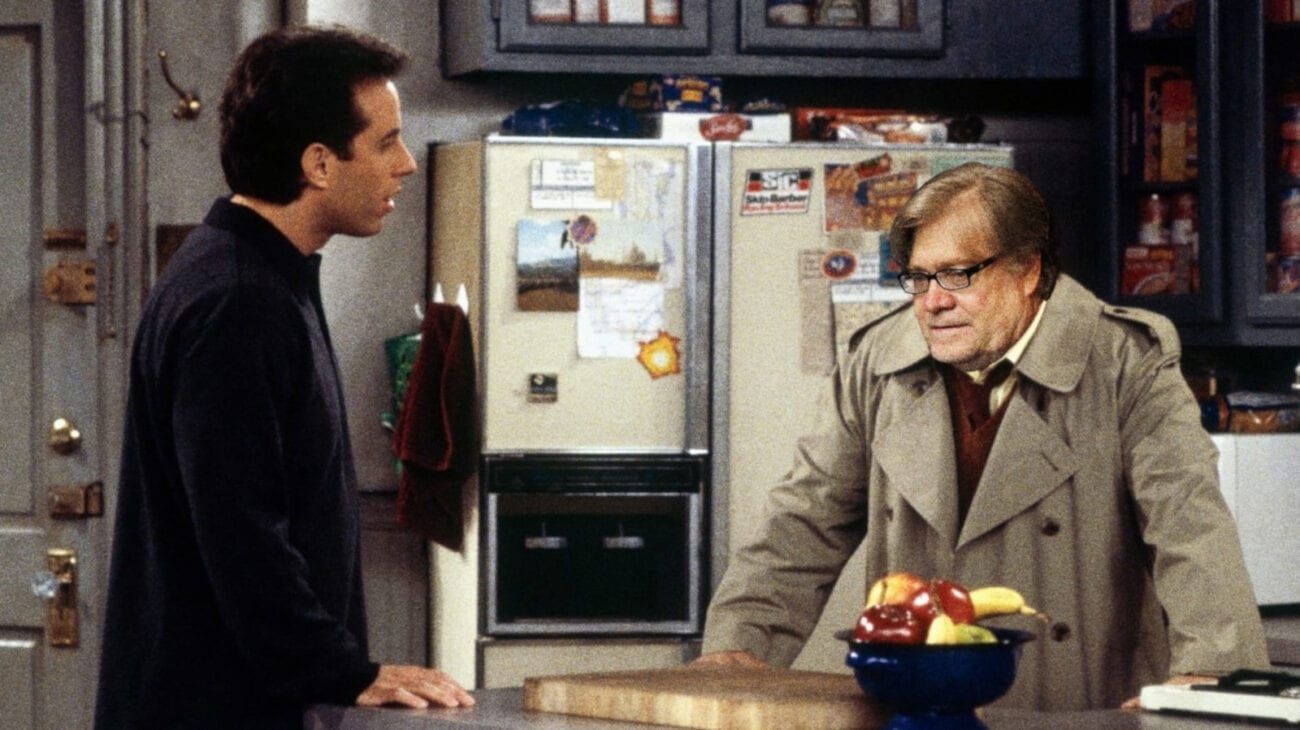 Recently pardoned by Trump: Does Steve Bannon own ‘Seinfeld’?

Before the end of his presidency, Donald Trump gave a few last-minute pardons. One of the people he pardoned was Steve Bannon, one of Trump’s longtime allies and former chief strategist.

In August 2020, Bannon was charged with fraud for his role in a fundraising campaign called “We Build the Wall”. He allegedly defrauded donors in the campaign, which was created with the stated intention to help Trump’s plan for a wall along the border of Mexico. Steve Bannon’s indictment alleged he got more than a million dollars for himself from funds donated to the fundraiser.

Bannon was charged with conspiracy to commit wire fraud and conspiracy to commit money laundering. Trump’s pardons before leaving the White House put the words “Steve Bannon” back into the limelight for a short time. But perhaps the most interesting thing about Steve Bannon isn’t his pardon, but how he became involved with the classic sitcom Seinfeld. 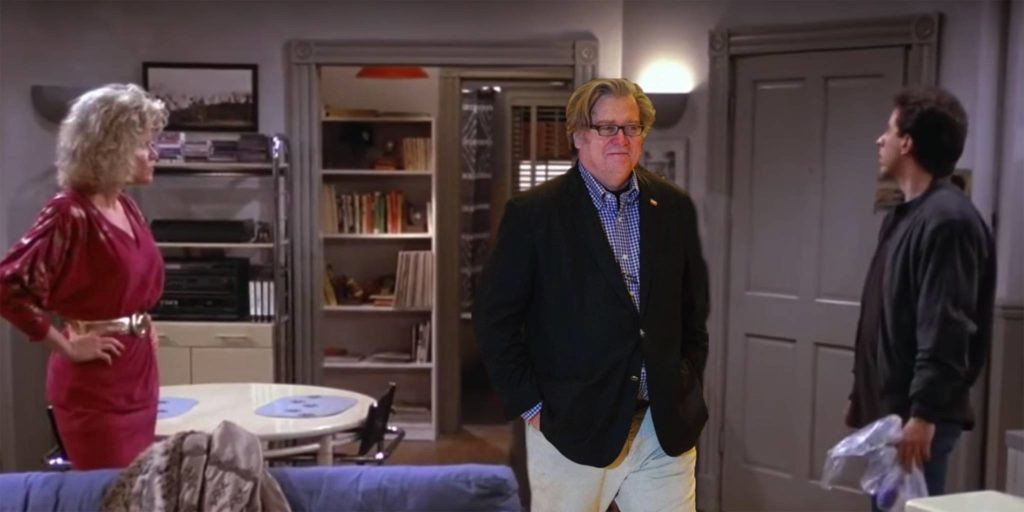 Steve Bannon and his role with Seinfeld

Seinfeld is a show that centers around four friends in New York City and their everyday life. It was created by Jerry Seinfeld & Larry David and aired on NBC from 1989 to 1998. The show spanned nine seasons and 180 episodes. So how did one of Trump’s supporters, Steve Bannon, have such an influence on the show? The answer can be traced back to a decision Bannon’s company made.

Steve Bannon told Westinghouse to hang onto the Seinfeld series, meaning the show wouldn’t be canceled. When Bannon made the decision, ratings for Seinfeld were low in its third season. However, the show gained popularity and is even well-known and loved today. 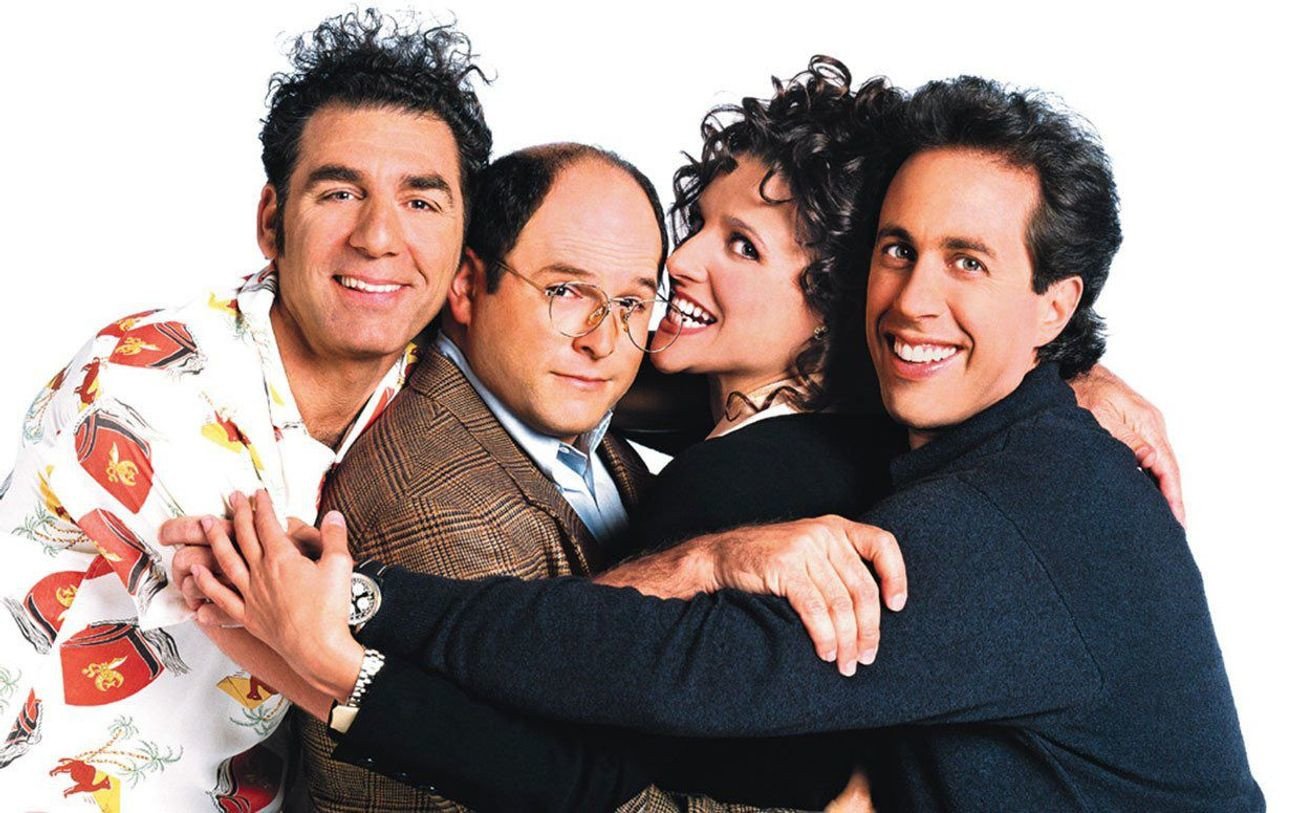 What Steve Bannon said about Seinfeld

Bannon’s decision may have saved the show from being canceled.

“Part of the deal was that Westinghouse could either sell or hold on to whatever TV series we had,” said Seinfeld co-creator Rob Reiner in an interview with The Daily Beast. “At the time we had eight pilots, and one of them was Seinfeld. We didn’t know if it was going to be successful or not.”

“But as payment, [Steve] Bannon advised them to stay in and hold on to their profit participation in the series, and Westinghouse said, ‘Well, if you think it’s so good, why don’t you take a piece of this instead of us giving you a fee?’ And apparently that’s what Bannon did, and he wound up with a small piece of Seinfeld that he’s had forever,” said Reiner. 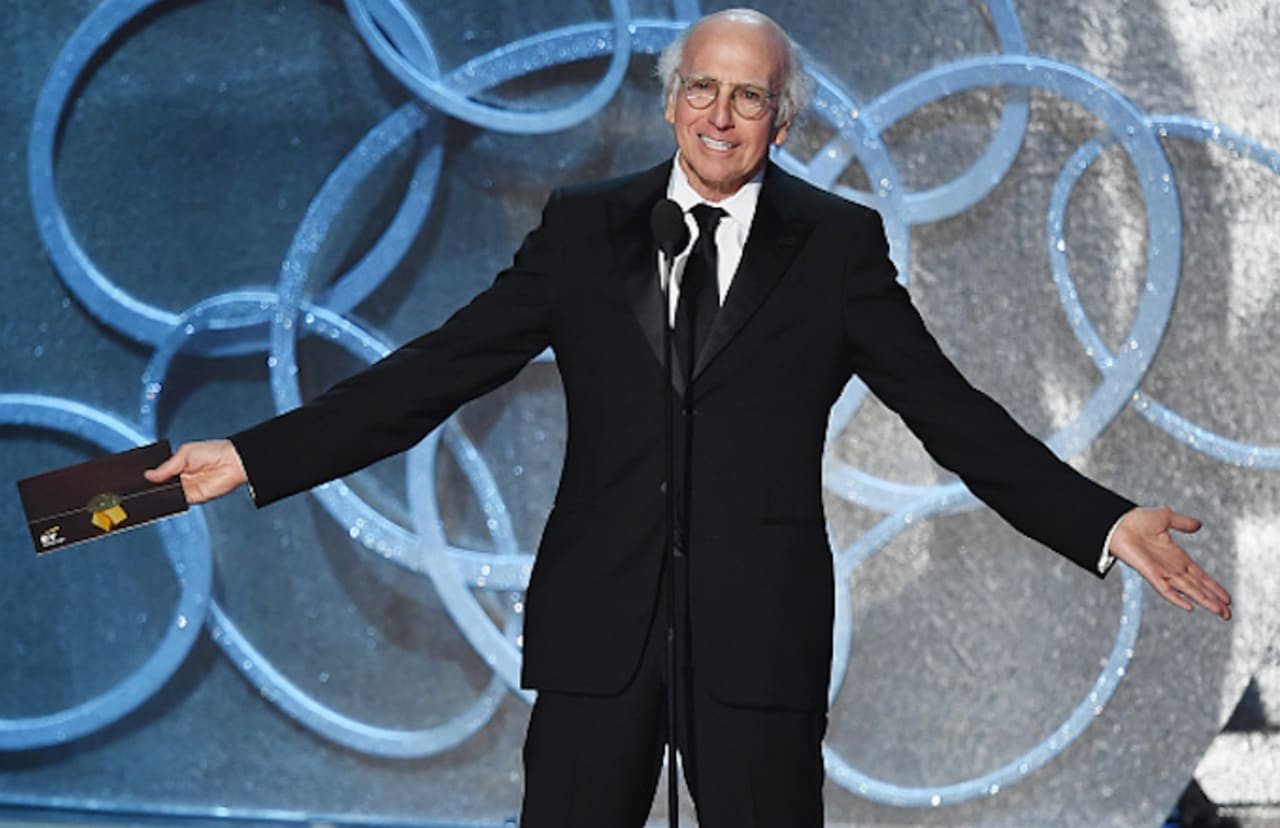 Steve Bannon and the Seinfeld cast

Despite being part of the Seinfeld profit, Steve Bannon has been accused of being anti-Semitic. Seinfeld features Jewish characters and often touches on Jewish culture. Jerry Seinfeld himself is Jewish. In court documents filed in 2007, Bannon’s ex-wife said Bannon didn’t want his kids “going to school with Jews”, which Bannon denied.

“I don’t think I ever heard of him until he surfaced with the Trump campaign,” Seinfeld producer and head writer Larry David said to The New Yorker about Bannon. “I had no idea that he was profiting from the work of industrious Jews!” 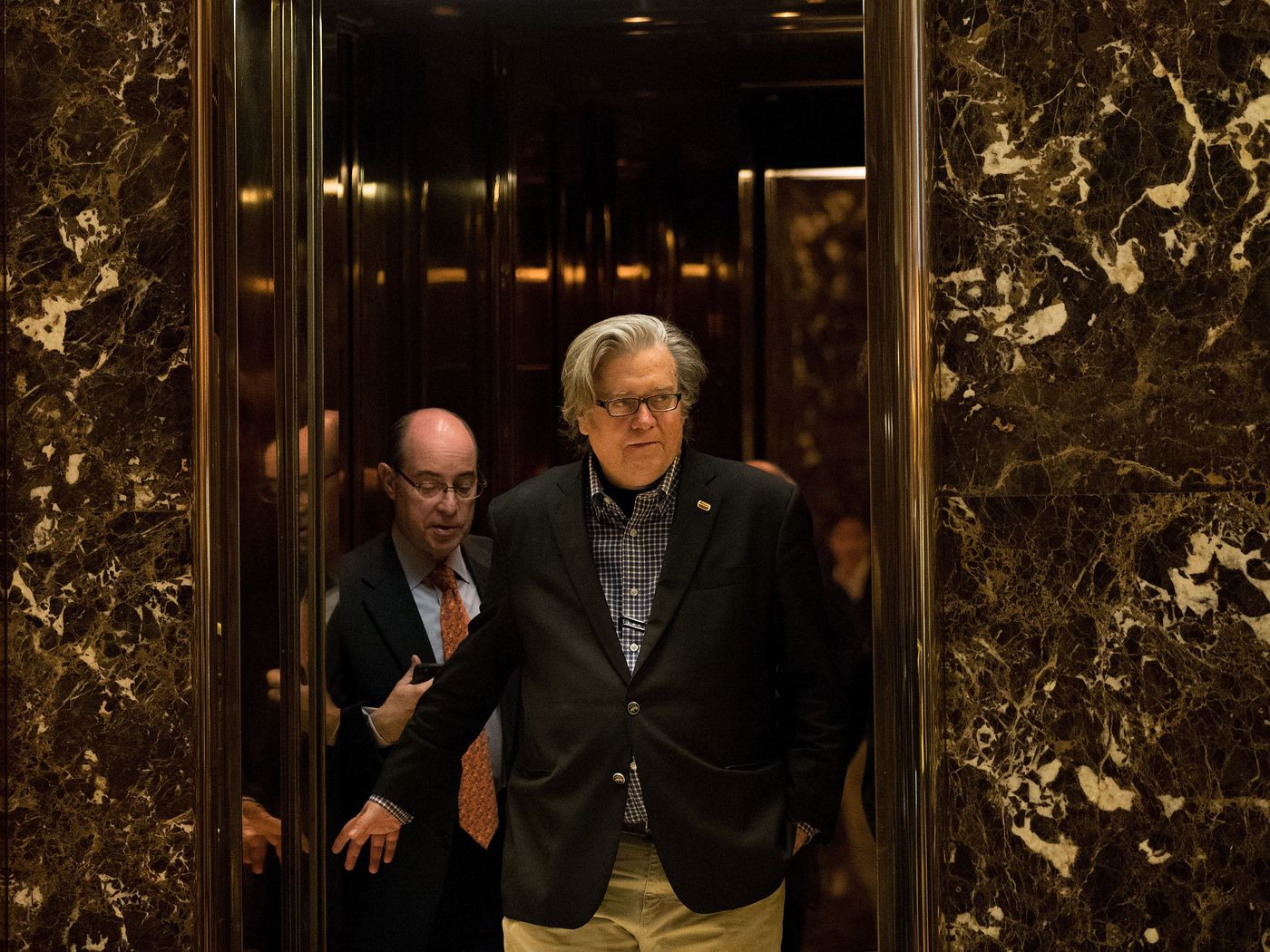 How much did Steve Bannon earn from Seinfeld?

According to The Financial Times, Bannon & Co. would likely have earned around $31 million from Seinfeld reruns since the show’s ending if Bannon owned just one percent of the rerun accruals.

However, it isn’t clear how much money Steve Bannon actually made from the show. There have been a lot of estimates, speculations, and rumors about Bannon and Seinfeld throughout the past several years. Knowing the exact amount of his profits from the series is not currently feasible, though.

In 1997, Bannon was required to disclose his financial information during his divorce proceedings. However, profits from Seinfeld weren’t listed.