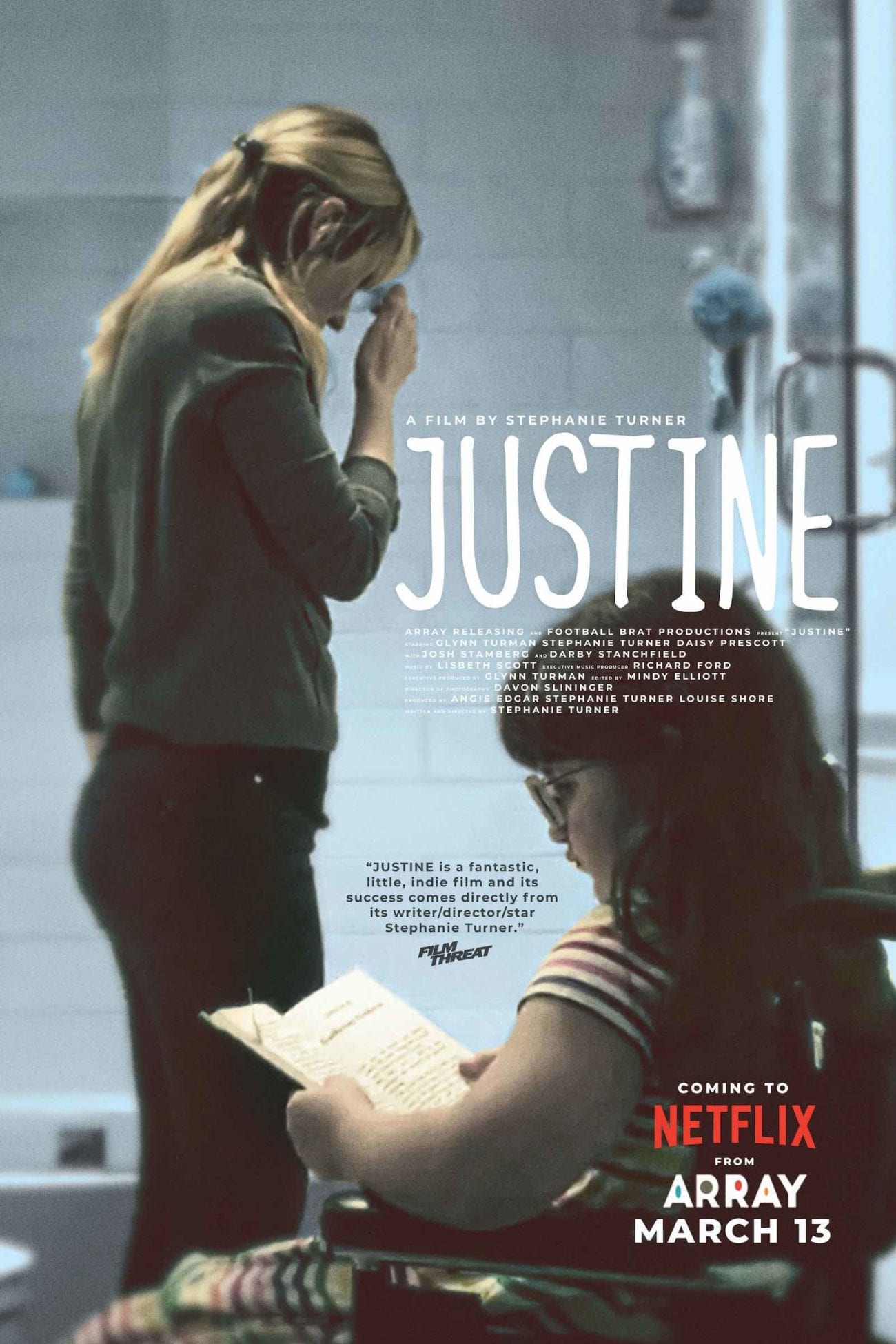 Stephanie Turner is one of those people that you read about. She’s a slashie that’s out in the world doing it all and inspiring us in the process. From bringing complex characters to life on screen, to writing raw emotional tales of individuals from all walks of life, writer, actor, director, and filmmaker Stephanie Turner has positioned herself as a one-to-watch in the entertainment industry.

Most recently, Turner wrote, starred in, and made her directorial debut in Justine opposite Darby Stanchfield, Glynn Turman, and Josh Stamberg. The film follows Lisa Wade (Turner), a military wife who is forced to move in with her father-in-law after the death of her husband. As a single mom, Lisa is forced to take a job as a caretaker to a young girl named Justine, who has spina bifida. At first an unlikely pair, Lisa and Justine become friends and ultimately help one another grow.

Originally from Long Beach, CA, Turner moved frequently throughout her childhood. Upon graduating high school in San Diego, Turner made the move to Los Angeles to study at the Baron/Brown Studio in Santa Monica. It was there that she completed an intensive program in the Meisner technique of acting. Following the two year program, she went on to study at the Howard Fine School in Hollywood.

From there she booked her first Hollywood role as pop star Tanya Murphy in the New Line Cinema film Monster-in-Law where she appeared opposite Jane Fonda. Additional credits include First Man, CSI: NY, Scorpion, What About Brian, Dirt, and Bones.

On the writing front, Turner made her debut with Surrogate, a 2016 short in which she also stars in and co-produced with Damien Chazelle. The short was nominated for a Bruce Corwin Award at the 2017 Santa Barbara International Film Festival for Best Live Action Short Film. 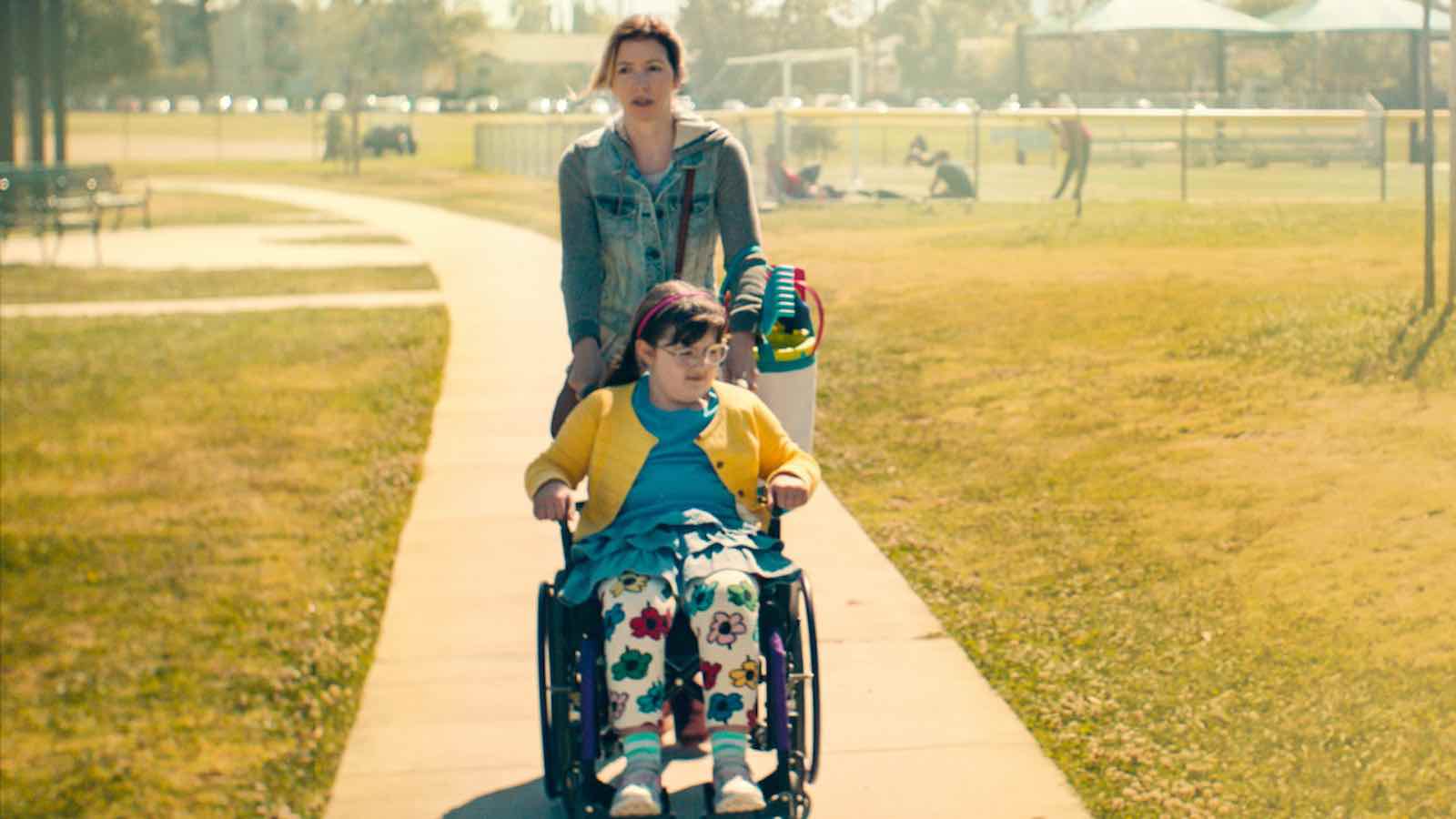 When she isn’t on set or in the writer’s room, Turner enjoys spending time with her family. She continues to volunteer with Big Brothers Big Sisters LA, which she has been participating in for over a decade. She is also a member of Women in Film and Film Fatales. She currently resides in the Los Angeles area.

Justine tells the story of when “a widowed, single mom takes a job caring for a young girl with spina bifida, and the two discover they have more in common than they realized.”

We were delighted to sit down with Stephanie and talk cinema, creativity, and life.

I started out as an actor in my teens. I went to a two-year acting school right after high school and began working as an actor. In my early twenties, I started writing and studying screenwriting. It was through creating my own stories that I decided to start a production company and produce my first film. 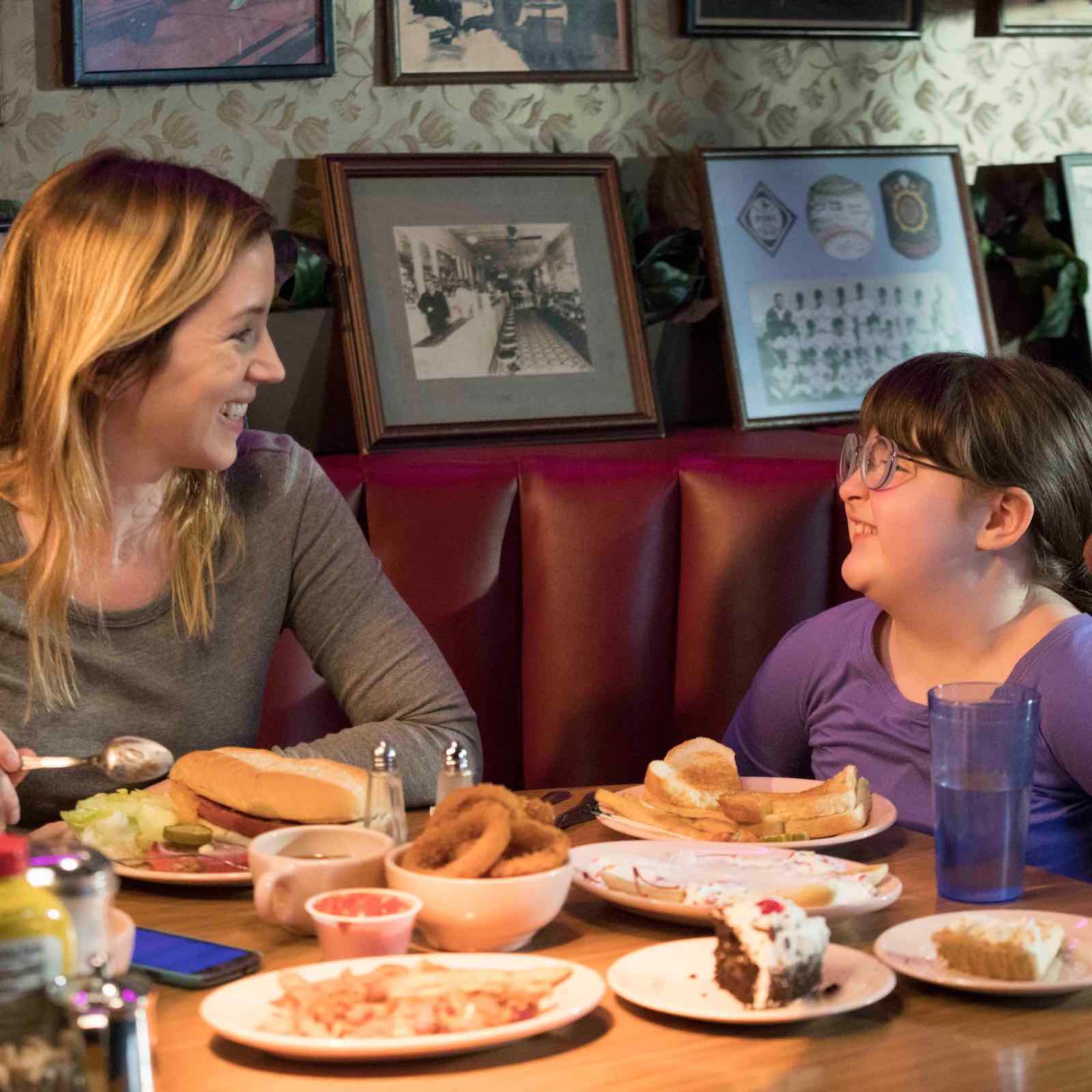 I really try to follow indie films and see all of the movies I can. I love supporting women in our industry. I recently watched Honey Boy directed by Alma Har’el. It was a beautifully made film and inspired me as a filmmaker in many ways.

Better Things, Insecure (new season is coming soon), They’ve Gotta Have Us (doc on Netflix), Hillary (doc on Hulu), and When They See Us.

I don’t think there was one. When I was very young, probably four or five years old, I would watch movies like Dirty Dancing, La Bamba, and The Buddy Holly Story on repeat. (Probably not age-appropriate.) I loved watching the actors and knew even back then that I wanted to be an actor.

How was working on Justine? What did you learn from the experience?

I learned so much. It was my first time directing and I tried to be as prepared as I possibly could, but I think there are things you can’t possibly know until you do it. Specifically, I worked more in pre-production as a director with the heads of departments so that production would run as smoothly as possible.

There were some hiccups during our shoot because I don’t think I realized as a director all of the little decisions I would need to make with each department. For our set, it was more challenging because I was a lead actor in the film. I wasn’t as available on set as another director may be. However, I’m excited to do it again because now I know better. I made a list after our shoot on all the things I would do differently so I don’t forget.

This is the only career I’ve ever known. Of course, I’ve worked many side jobs from retail to restaurants to nannying. But, I always knew I wanted to work as an actor and storyteller so I’ve always pursued that as my career. 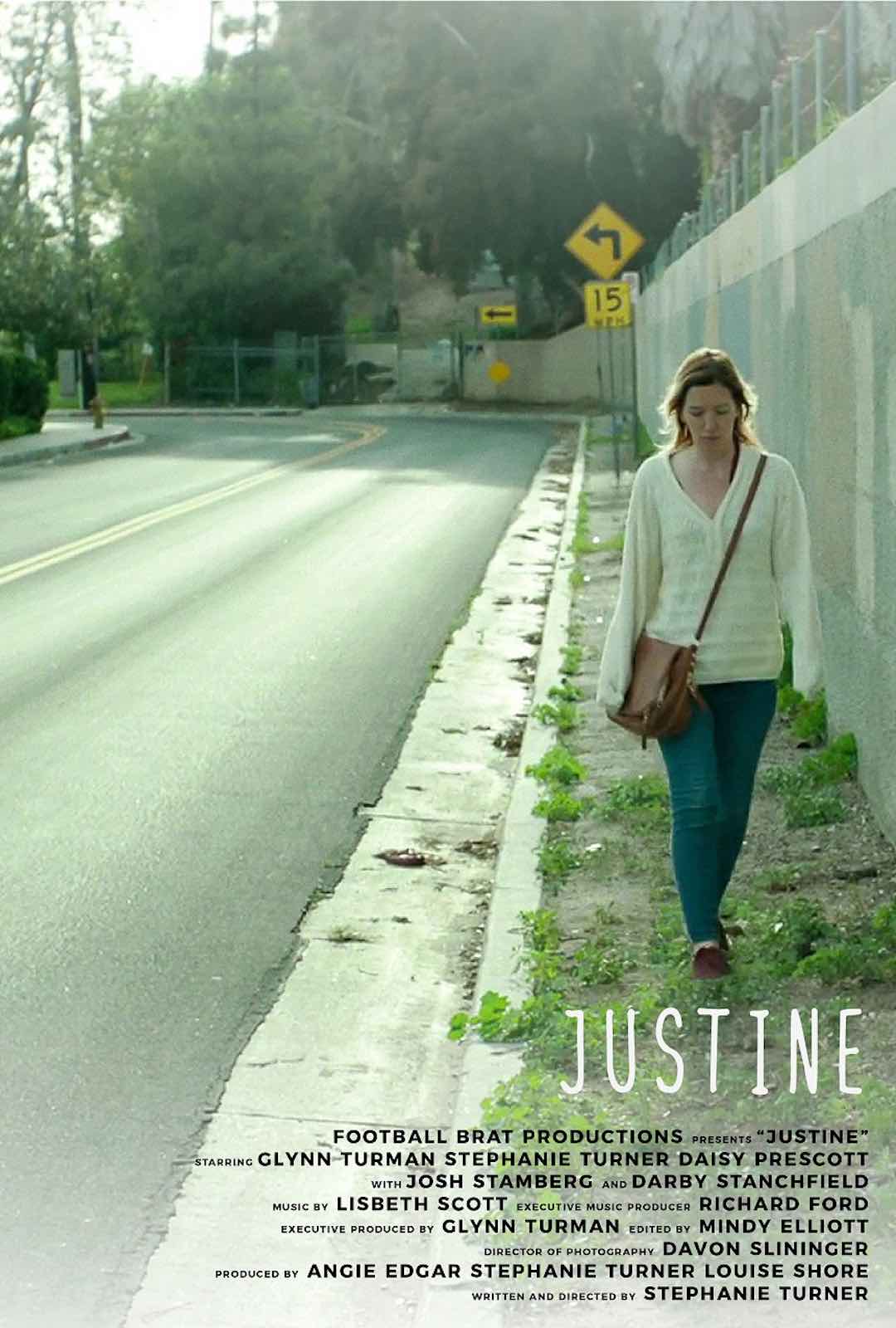 Where did the concept come from for Justine?

My original inspiration was the idea of a young girl who was being sheltered in some way by her parents and a caregiver who refused to shelter her in the same way.  I had an idea of who I wanted the characters to be and then I built the world around them.

It kind of depends on the project. There were several songs that I wrote into the script because they felt like they went with the story, even though I knew in production we wouldn’t be able to afford them.

If I get an idea for a story, I start with a beat sheet and figure out what all the big beats and story arch will be. During that time I will jot down any specific ideas I have for scenes or dialogue in a separate document. Once I have a completed beat sheet I will start to write the script and reference any notes I took.

I don’t like to start and stop. I write the first draft without going back to edit. Once I get through the first draft I read it and make revisions. Once I have a draft I’m somewhat happy with I send it to a few trusted colleagues for notes. And after their notes, I start another draft . . . 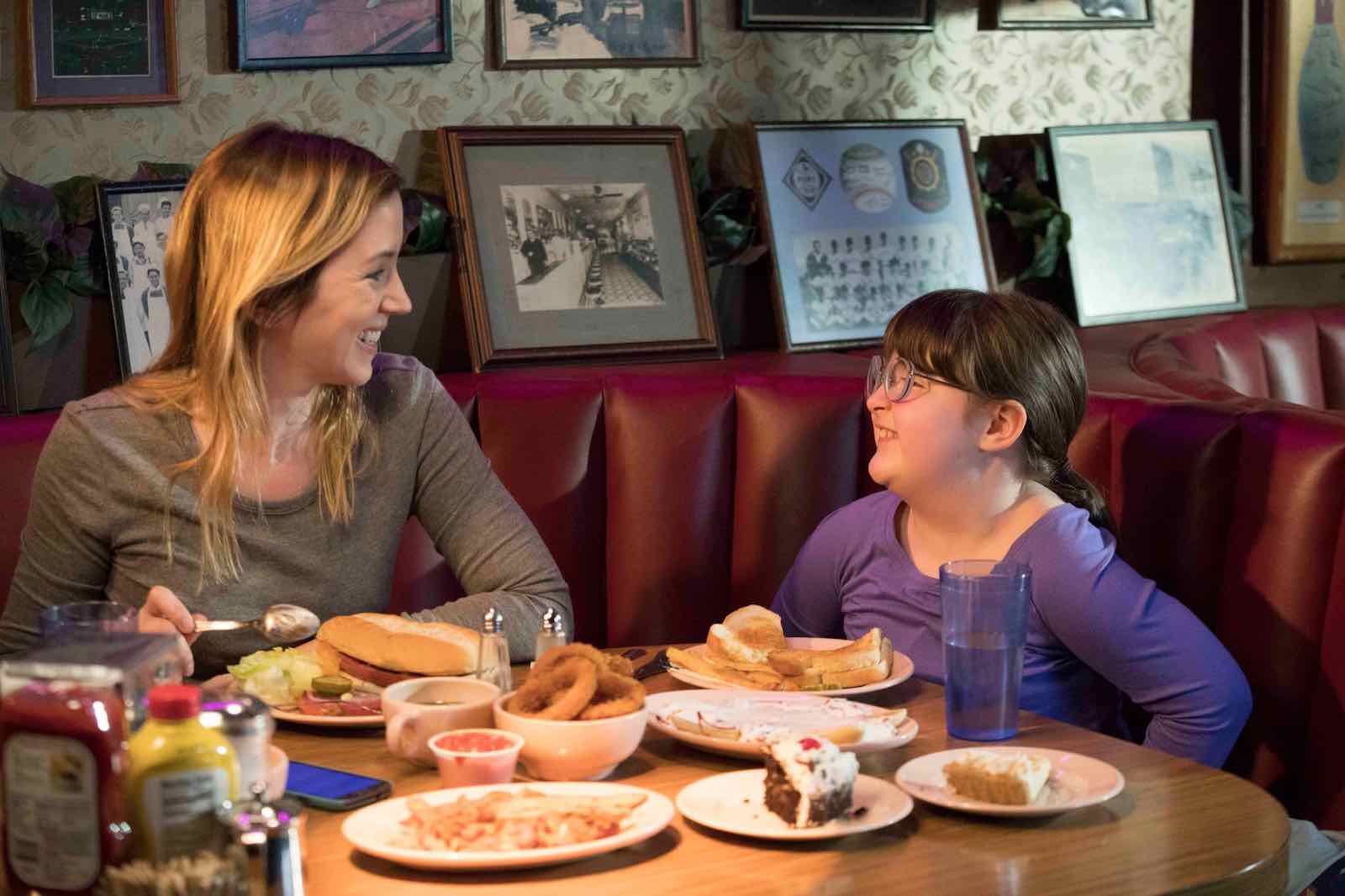 Just keep finding ways to work. Whether that means writing your own stuff or working on stuff with friends, or working for free. Just keep doing it because what I learned is that the more you do it the more you grow and your community grows. And if you love doing it, then the work is rewarding.

Figuring out the story is a fun puzzle for me. I find out what the pivotal moments will be, the A story, the B story, etc. It keeps me up at night when I’m in the writing process, but in an exciting way.

It can be hard but also incredibly rewarding to create a story and then see it through to fruition. Also, there were so many people on our Justine team that were crucial in getting the movie made. I think the key is to surround yourself with trusted collaborators.

I’m in the process of trying to make another low budget indie film which I co-wrote with Karen Bethzabe who is an actor and associate producer on Justine.

I’m currently in a WIF (women in film) mentor circle and have two amazing mentors. I applied to be a part of that mentorship program. I think programs offered by WIF and other organizations can be very helpful in finding mentors. Also, just doing the work and building your community will help you to find people at different levels that can be very helpful in your growth as an artist. Don’t be afraid to ask for help and advice.

I mean . . . I don’t know if I would call them failures. I’ve definitely made mistakes in auditions or in meetings, but is it terribly cliché to say I think they taught me valuable lessons and put me where I am today?

My overall goal in life is to connect with people. So ultimately I would love for people to receive the film and the intention I had when I created it. I know that won’t always be the case, but I hope that they can take something positive from my work.

I think the biggest success of my career so far is that I still genuinely love what I’m doing. I get excited thinking about the next script I want to write and direct even though I have no idea how I’m going to get it made or who will finance it. I think it’s so easy to get discouraged by this industry (and I have definitely had many moments of discouragement and frustration), but if you love doing it you have to find a way to continue to make it joyful.

I’m working on a half-hour dramedy series so I hope you will be able to see it soon!

Over the next five years, I would love to make two more feature films and get my episodic show on TV.

Lulu Wang and Alma Har’el if they aren’t on it already. Also, go to film festivals! Go to the big ones and the regional ones. Watch the films and then follow those filmmakers and promote their work!

I don’t have an all time favorite. Different films have impacted me at different times in my life. In general, I tend to gravitate toward films that are based in present day reality. I think I watch films to understand people and life so I like seeing real people going through real things.