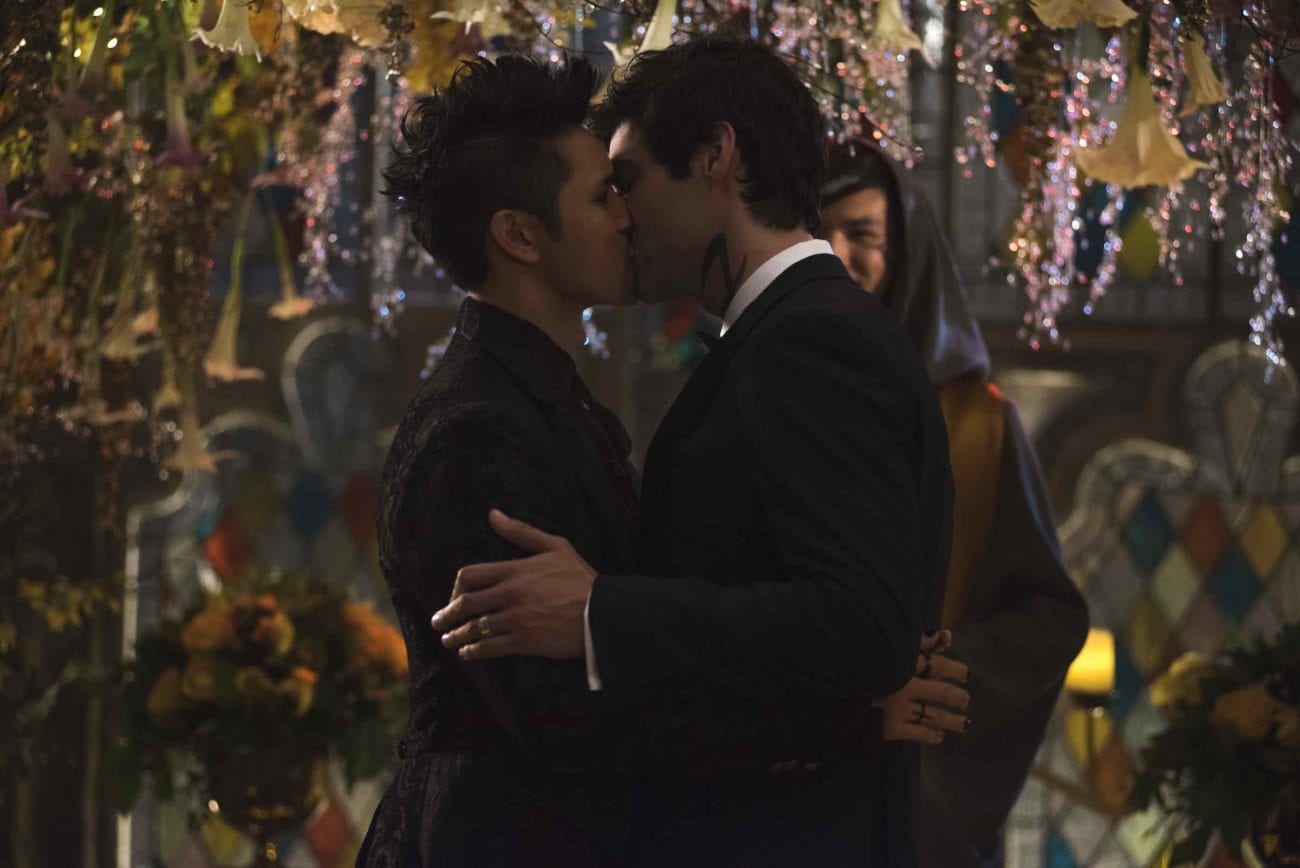 We’ve always said it’s a nice day for a Malec wedding. The Shadowfam had been waiting a long time for this moment, and it did not disappoint. The epic series Shadowhunters  finale worked to tie up all our loose ends on the double. We can’t help but point out, however, that some storylines were left open for when the #SaveShadowhunters campaign works and the show is saved.

The first hour, “Alliance”, focused on the rescue of Magnus from Edom and the subsequent death of Lillith (Anna Hopkins). Her death caused Edom to implode, meaning the biggest bad of the Shadowhunters was Jonathan Morgenstern (Luke Baines).

Clary Fray (Katherine McNamara) soon saw to that though, giving brother dearest a death-laden angelic hug using a new rune of her creation (and going against direct advice from Angel). To punish her, Angel restored her mundane life and removed her memories of the Shadow World. Luke also got his runes back after being given the serum, going from werewolf to Shadowhunter, and Sizzy finally had their first (sizzling) kiss. 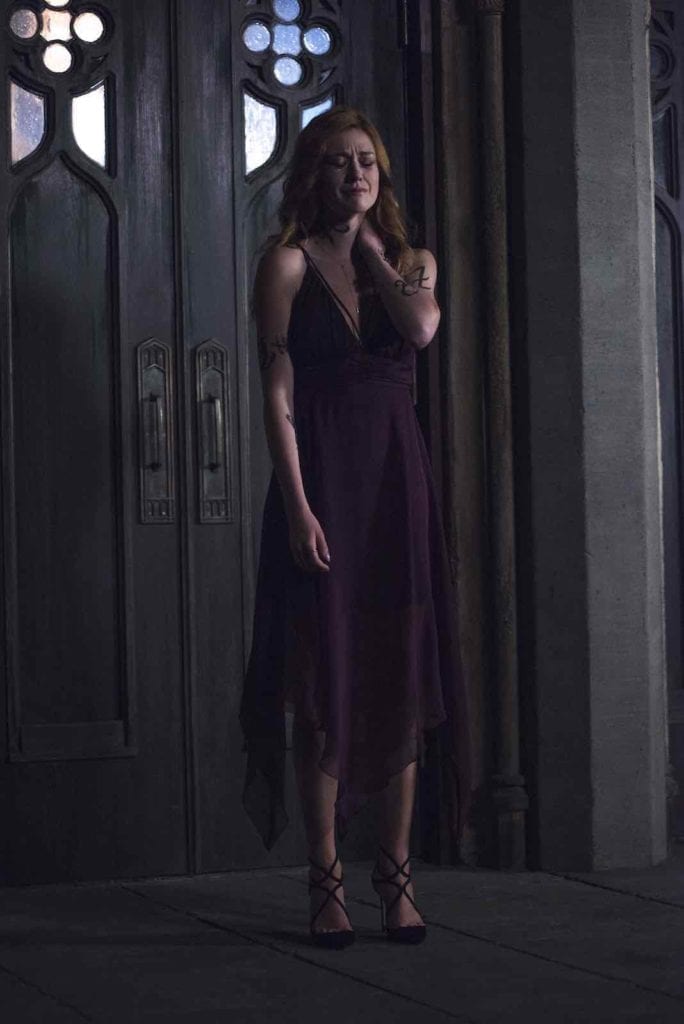 The second hour, “All Good Things”, focused on the Malec wedding of our dreams and tying up a load of loose ends. Pictures can say all this much better than words, so here’s our visual recap.

Clary is distraught when she learns the exact nature of her punishment for killing Johnathan with a new rune: she’s to be sent back to her old life as a Mundane and have no memories of her friends and time in the Shadow World. She knows now she has made the ultimate sacrifice. 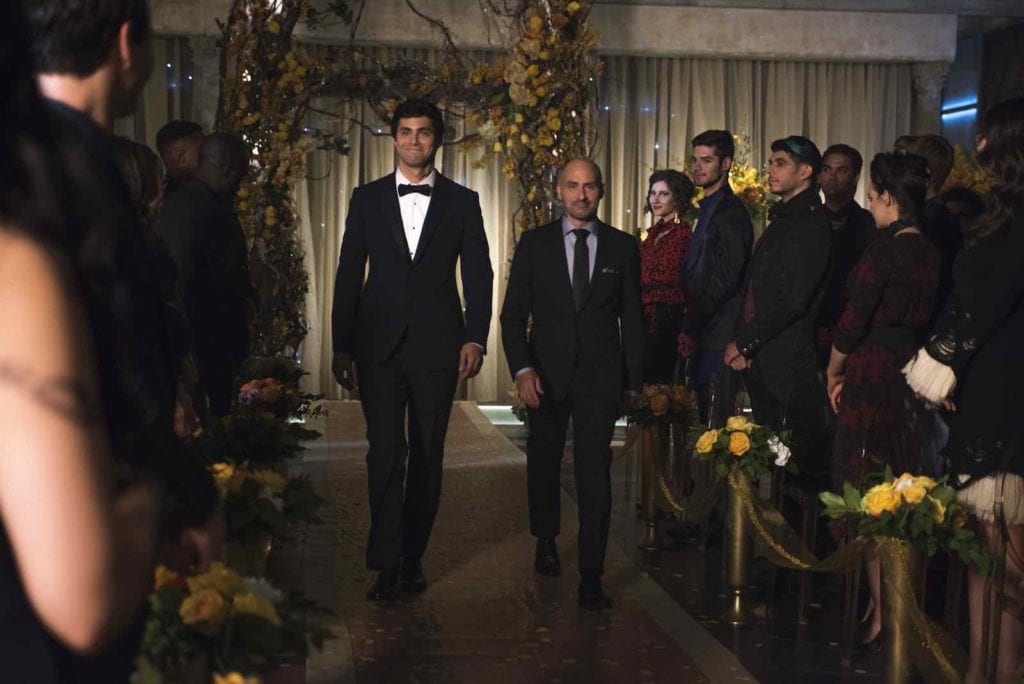 Who wouldn’t look this proud knowing he’s working to change preconceived notions about interspecies marriages. You go, Alec, champion of diversity, ruler of our hearts. 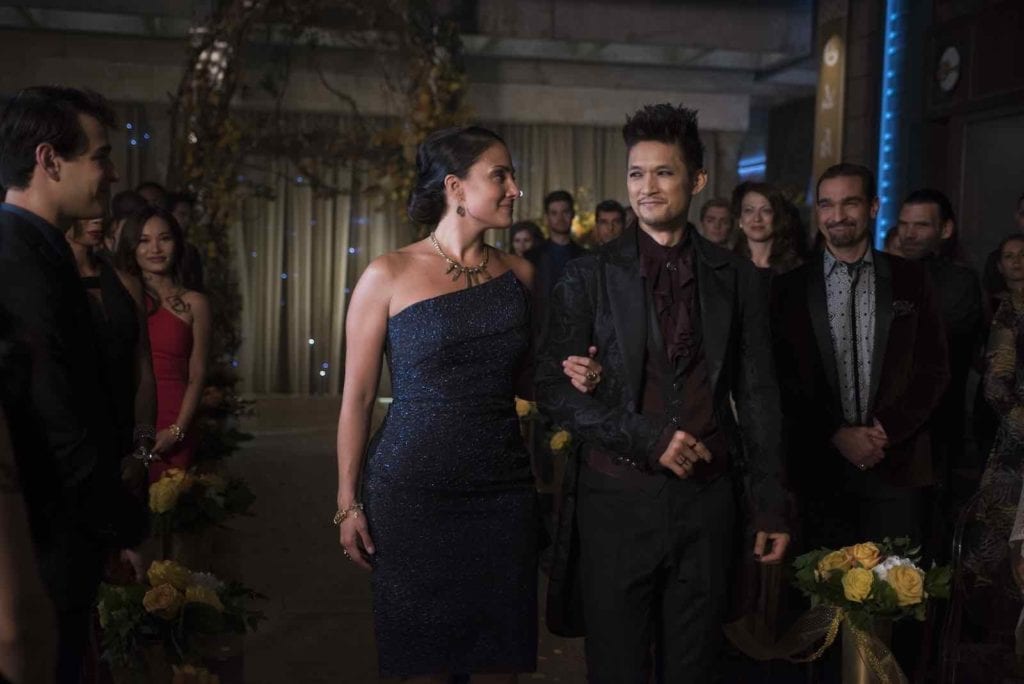 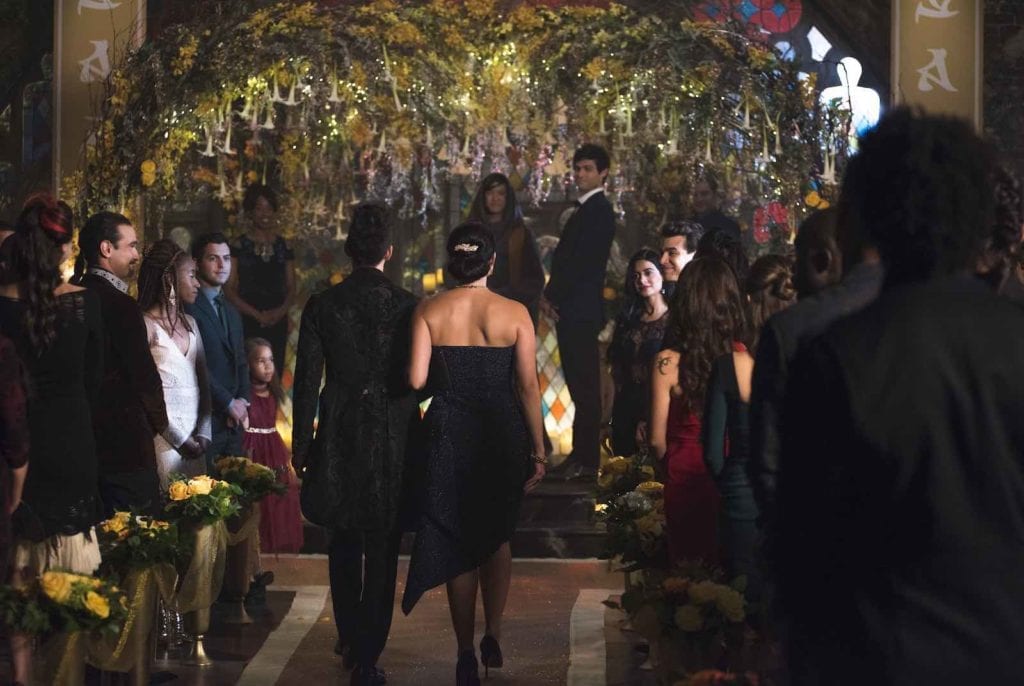 Look at how far Maryse Lightwood has come. She’s gone from the bigoted woman we met in earlier seasons to the loving M-I-L (to be) we see here. The look of pride of her face is indisputable. Love is love, kids. 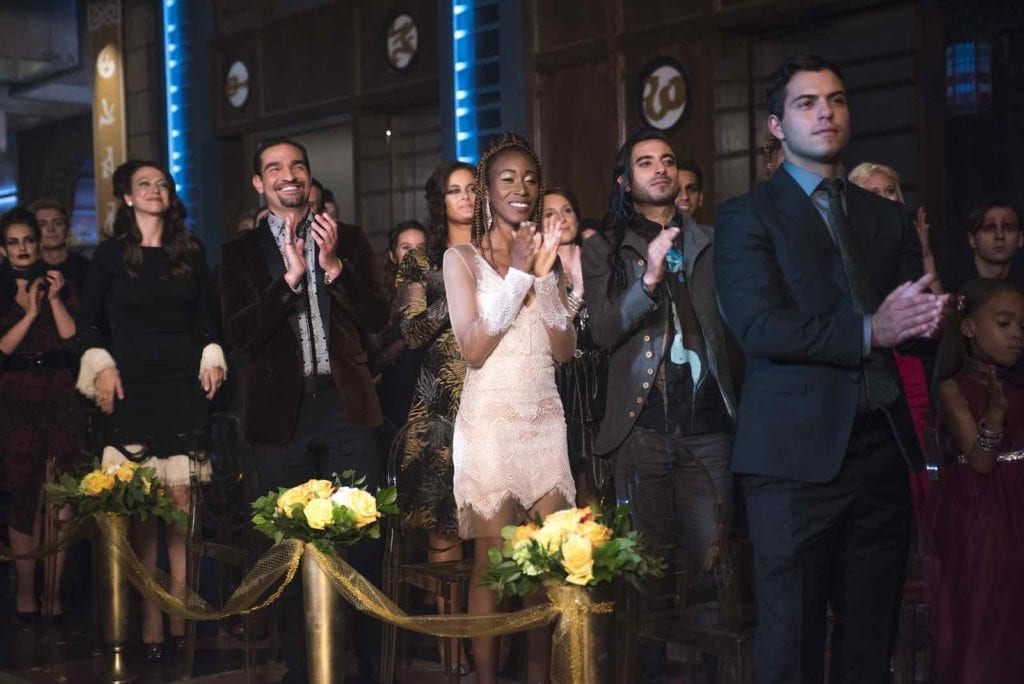 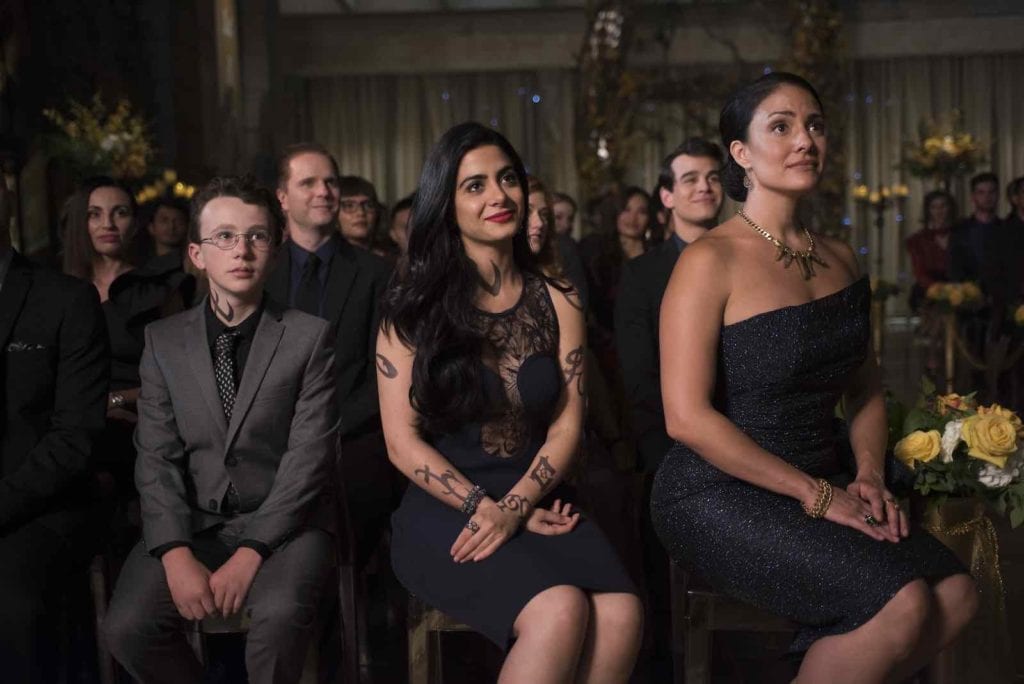 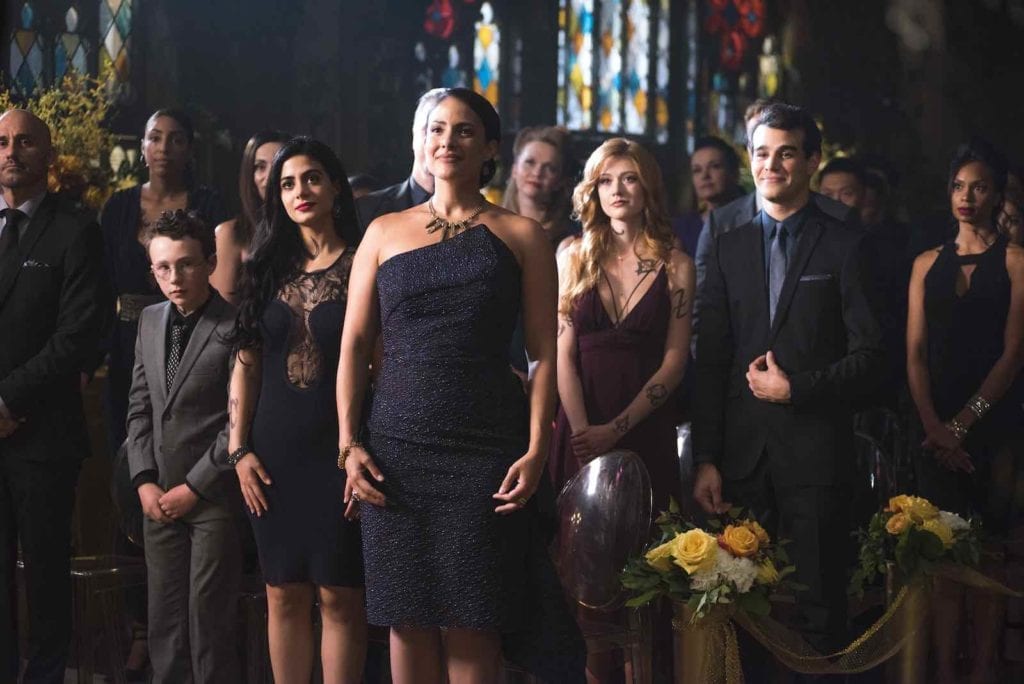 The fan service here is unbeatable. Yasssss! Thanks for showing us all our faves wearing their best outfits for one last time (till we #SaveShadowhunters that is). 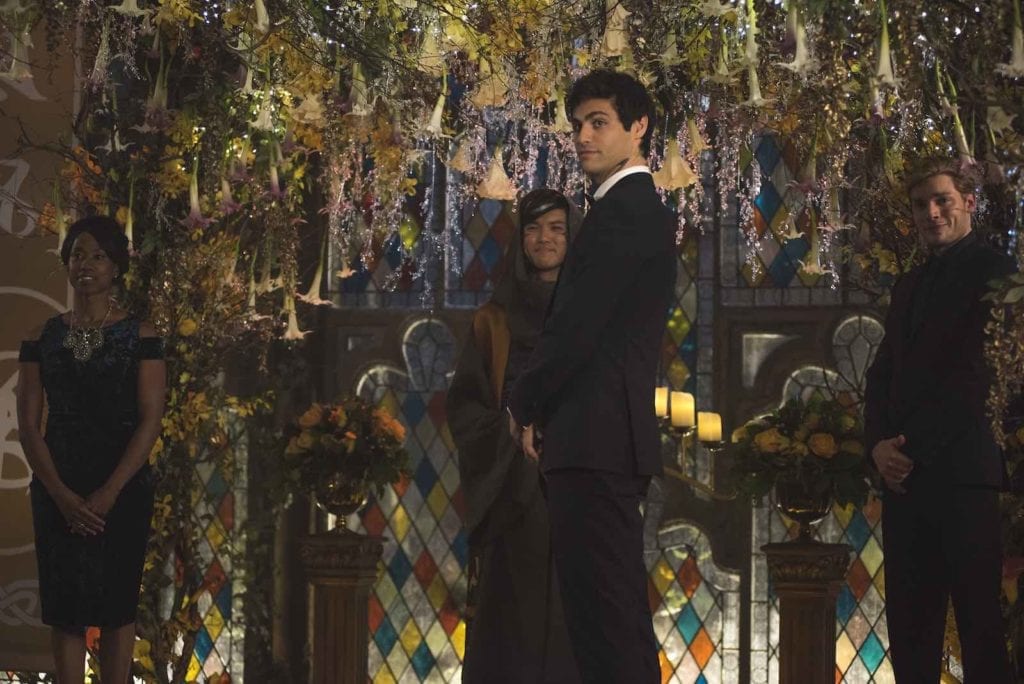 It’s only right that Alec would get some pre-wedding jitters. Here he is looking his adorable best as he waits for his one true love, Magnus. 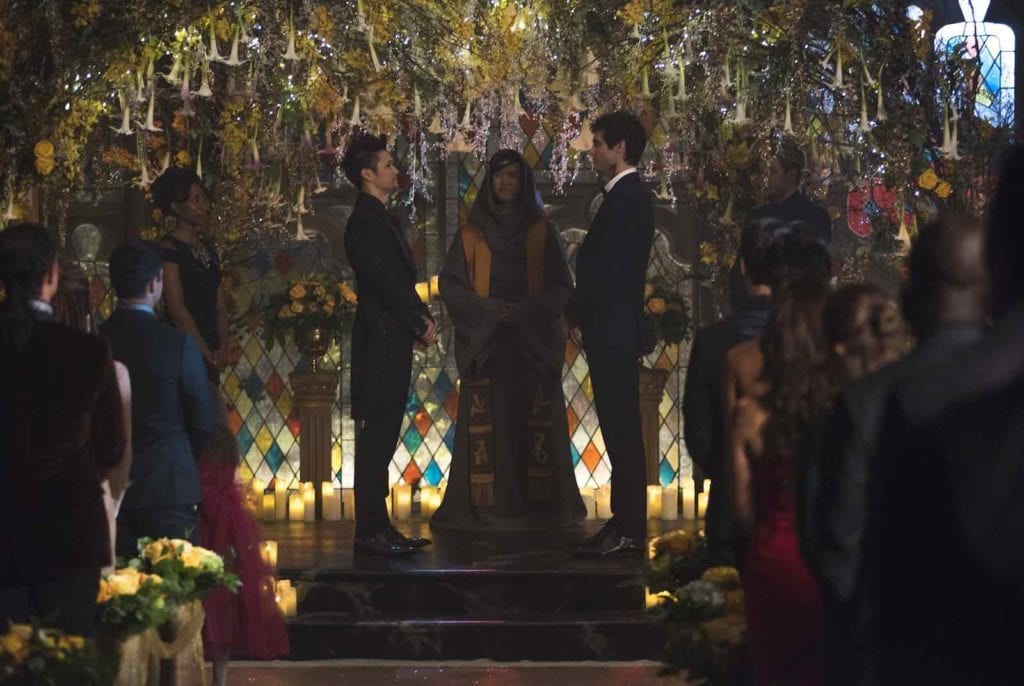 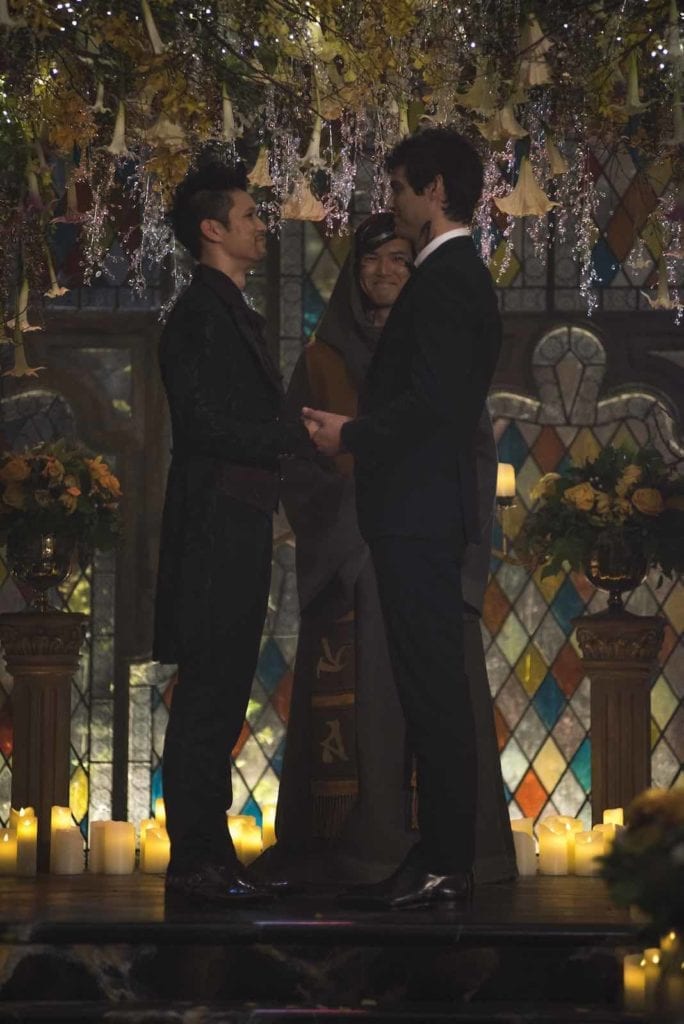 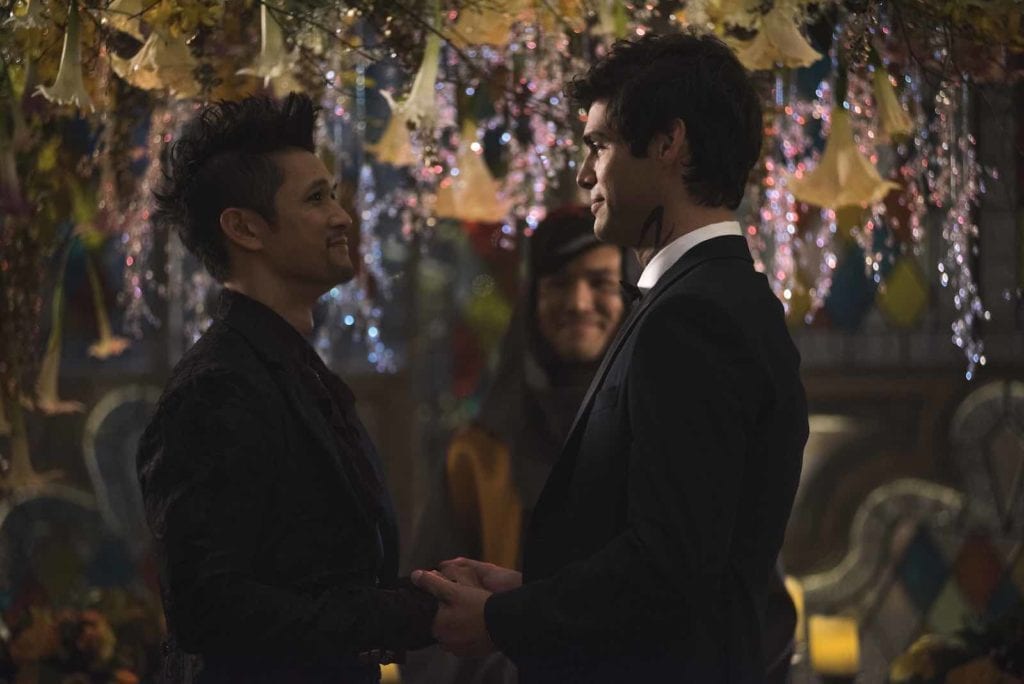 As fans, we’ve waited so long for this moment – we’ve been through the ups & downs, sacrifices & break ups. We can’t wait to see this happy marriage continue into season four and well beyond. Also: Malec spinoff anyone? Just sayin’.

One year later, we see Isabelle (Emeraude Toubia) proving she’s the boss bitch of all our dreams, having become the head of the New York Institute. Alec (Matthew Daddario) has been promoted to the role of the Inquisitor – don’t worry tho, he portals back to NYC to hang with his High Warlock of Alicante husband Magnus (Harry Shum Jr.) every evening.

Simon is working on a supernatural book series, Unseen World: The Divine Implements (LOL). Meanwhile, Maia is setting up a restaurant for Supernaturals while continuing to lead her werewolf pack like the She-Wolf she is. 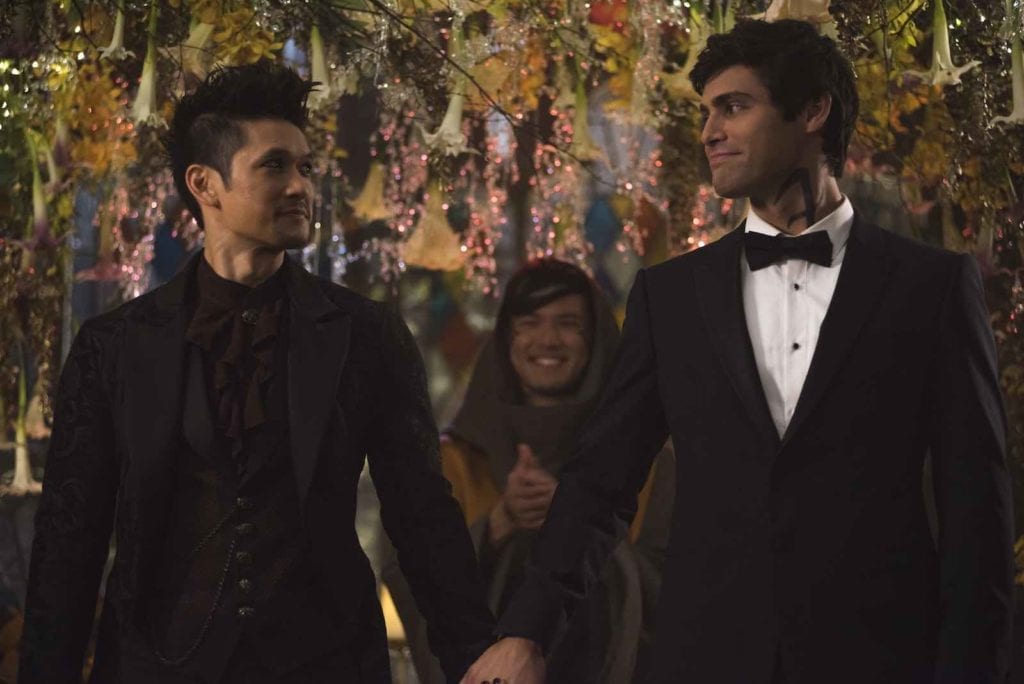 But lovesick Jace (Dominic Sherwood) couldn’t stay away from Clary, even going so far as to stalk her art show. (Yes, she’s a successful painter now). He was stoked to discover that she had some memories of him and the crew after she approached him to ask how they know each other.

In our minds, this leaves the door open for Clary to return to the Shadow World and her gig as a Shadowhunter in S4 (that’s totally coming).

Now the real fight to #SaveShadowhunters begins. Join us soon!