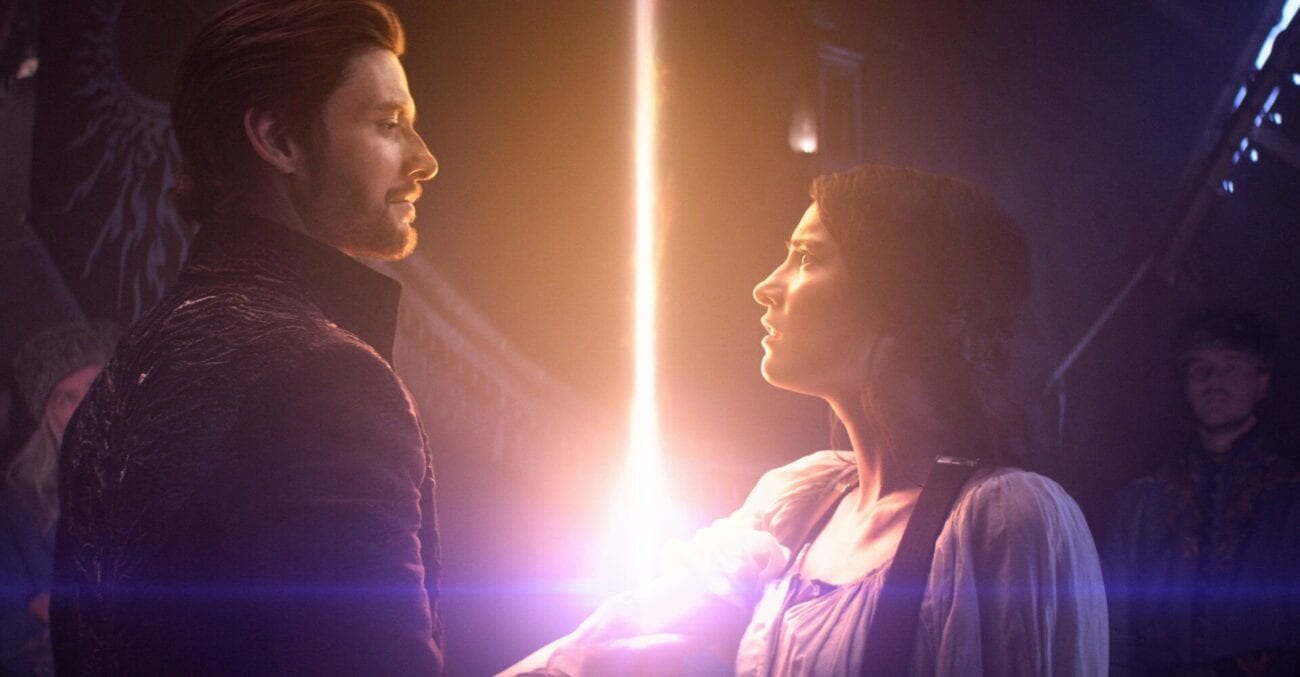 Ready the countdown clock, because the premiere of Netflix’s upcoming fantasy drama series Shadow and Bone is only a few weeks away. The adaptation of Leigh Bardugo’s bestselling book series has been exciting us since it was announced in December 2020 and a teaser trailer released last month.

But alas, now we have the official Shadow and Bone trailer and a set of new photos to get a good glimpse of the titillating fantasy adventure. Ready for the journey to begin? Here’s everything we know about Netflix’s Shadow and Bone so far.

The new Shadow and Bone trailer shines a light on the striking new series filled with formidable magic & monsters. For those unfamiliar with Bardugo’s Grishaverse novels, the story follows Alina Starkov (Jessie Mei Li), an orphaned soldier making her way in the dangerous, war-torn world of Rabka.

As seen in the new Shadow and Bone trailer, the teenage protagonist proves herself to be a powerful Sun Summoner capable of wielding the power of light. Though she presents herself as a mere mapmaker of the king’s First Army, Alina could be a monumental figure in the fight for freedom in her country. “Everybody’s looking at me like I am the answer,” Alina remarks in the trailer. 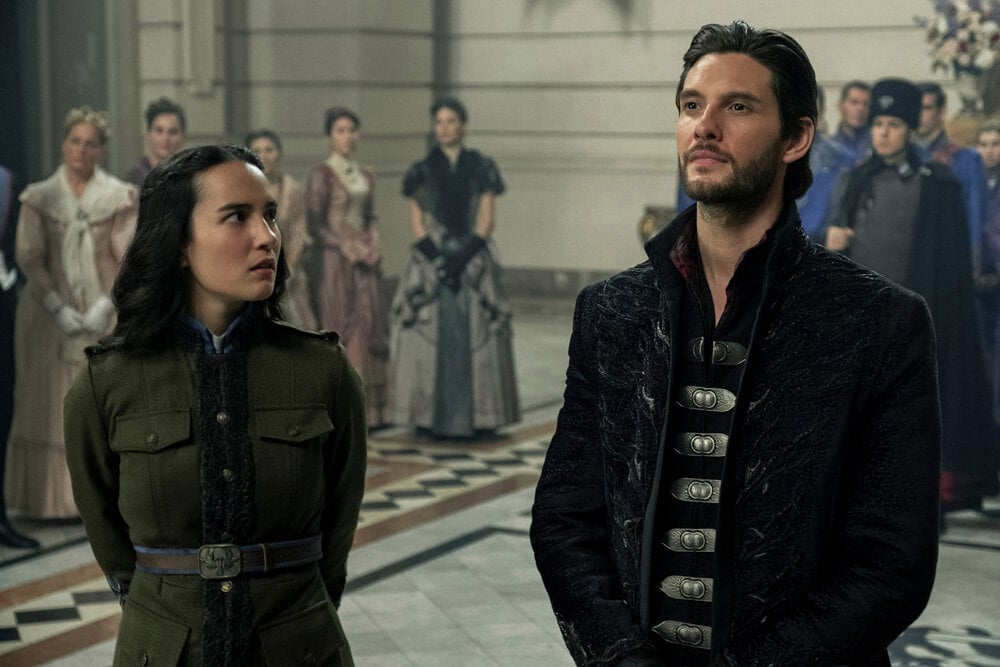 When Alina’s powers are discovered she is whisked away by General Kirigan (Ben Barnes), a powerful shadow summoner who takes her to the palace to train with him. “Our enemies are threatened by your mere existence,” Kirigan tells her in the trailer. “The only thing more powerful than you or me: the two of us together,” he also says, raising goosebumps on our skin.

However, Alina’s quest to quell the evil forces of the Shadow Fold plaguing humanity isn’t as simple as teaming up with an alluring partner. In fact, as her best friend Malyen Oretsev (Archie Renaux) warns her, Alina’s list of enemies grows larger as a bounty is put on her head and she is pursued by a crew of criminals due to her powers.

Other fan-favorite characters made an appearance in the trailer such as Kaz Brekker (Freddy Carter), Inej (Amita Suman), and Jesper Fahey (Kit Young) – a trio bound to hold our attention. Shadow and Bone book fanatics are over-the-moon seeing the characters jump off the pages and come to life in the show. 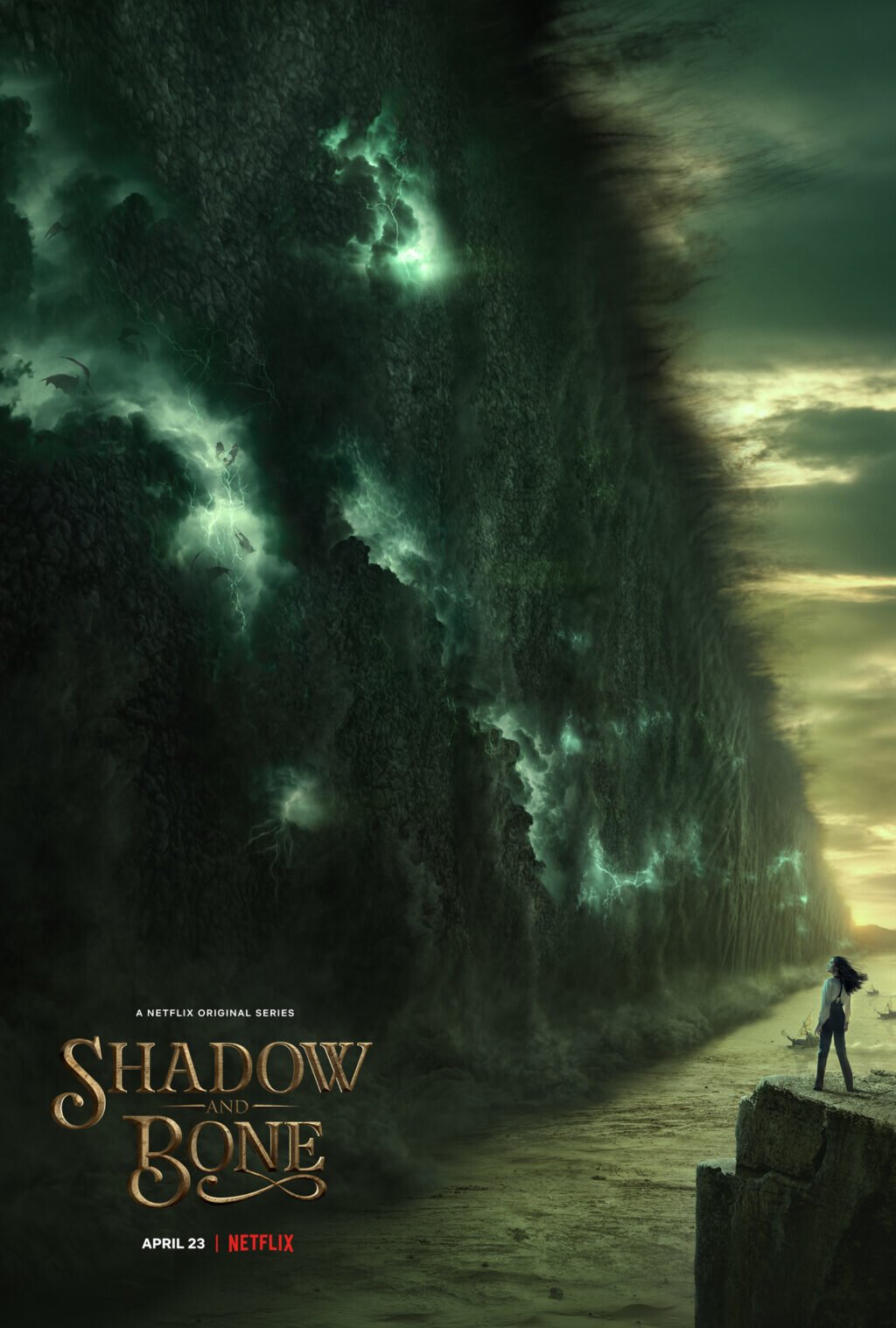 Will Netflix be loyal to the books?

Shadow and Bone author Leigh Bardugo is serving as executive producer of the Netflix series and explained how the show will draw from storylines of her Shadow and Bone trilogy and the Six of Crows duology. These two sets from the Grishaverse universe, however, come from different timelines.

“We’ve taken the stories of Shadow and Bone and the characters of Six of Crows and we’ve brought them together in what I think will be a really unexpected way,” Bardugo shared in a Netflix Q&A. She also mentioned that showrunner Eric Heisserer (Arrival, Bird Box), as well as the writers & directors, “have built something entirely new that still somehow stays true to the characters and to the heart of the stories.”

“When they watch this show, audiences are going to encounter a world that feels fully realized – but that doesn’t feel like any place they’ve been before” Bardugo continued. “When I was on set, I didn’t want to leave. I wanted to stay in that world longer.”

When will it come?

Netflix revealed Shadow and Bone’s release date to be April 23rd. Less than a month away, and we can’t wait for the fantasy adventure to bring a little light to the been-there-done-that Netflix library. If Shadow and Bone is anything like Netflix adaptations The Witcher or The Umbrella Academy, we’ll soon have another gem on our hands.