Inside the twisted crimes of female serial killer Karla Homolka

Coined the “Ken and Barbie Killers” due to their charming good looks, Paul Bernardo and his wife Karla Homolka plagued a Scarborough, Toronto, suburb in the late 1980s and early 1990s with a series of sadomasochistic rapes and killings.

Trigger warning: the content described below is graphically disturbing. It’s best to venture forward with a cautious eye.

Starting late on the evening of May 4, 1987, a 21-year-old woman was walking to her parent’s house when she was attacked and brutally raped outside of their home. Over the next week alone, there would be two more similar assaults. 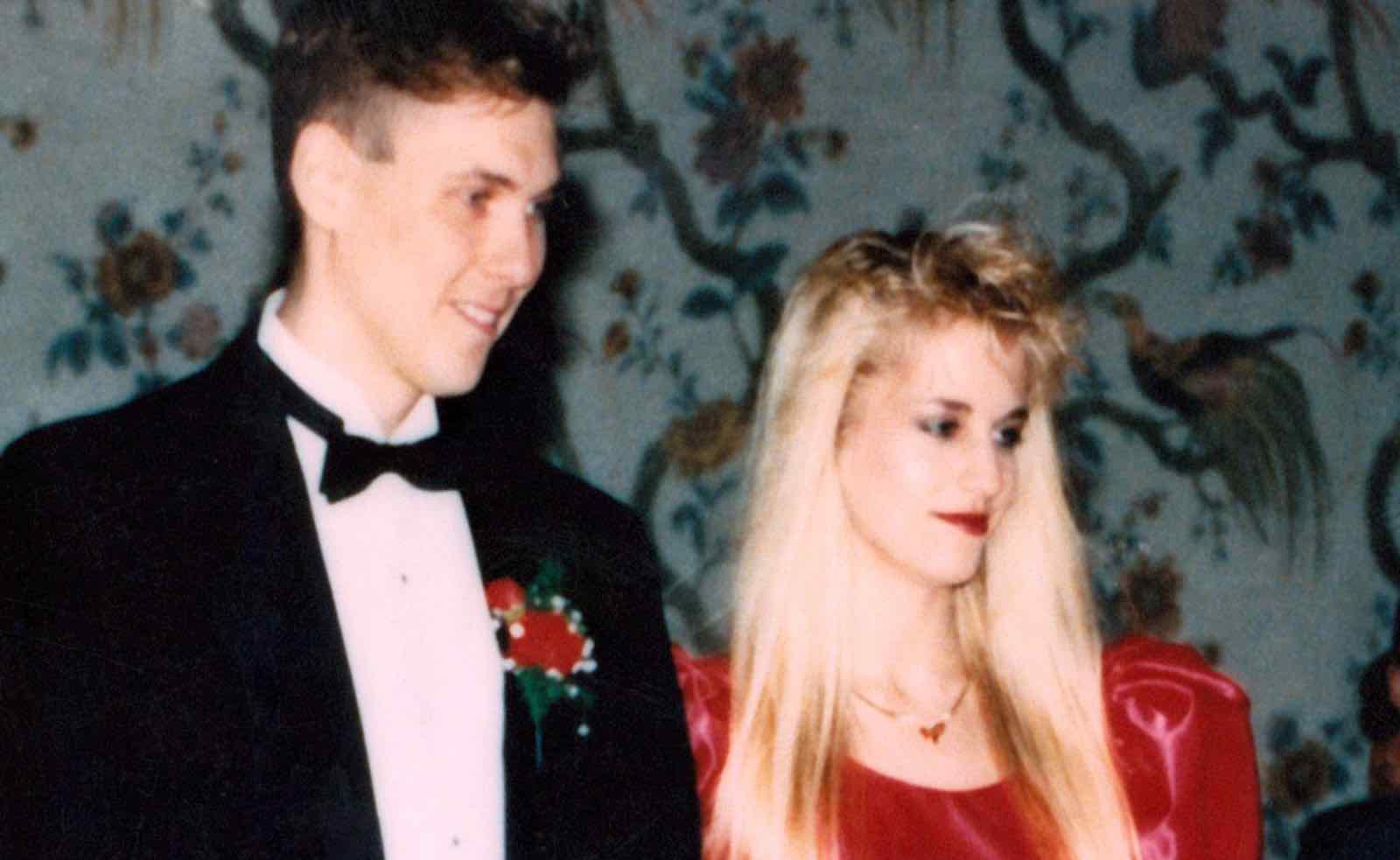 The women were all between the ages of 15 and 21 and the attacks included beatings, intense verbal abuse, and threats to discourage the victims from going to the police. These patterns eventually led law enforcement to believe that the crimes had been perpetrated by the same man.

The newspapers quickly dubbed the then-unidentified man as the “Scarborough Rapist”, with the rampage continuing for nearly five years with the attempted rape of at least 19 young women.

It wasn’t until May of 1990 that one of Bernardo’s victims was able to give police an accurate description of her attacker, but by that point, the Scarborough Rapist had become completely unhinged. 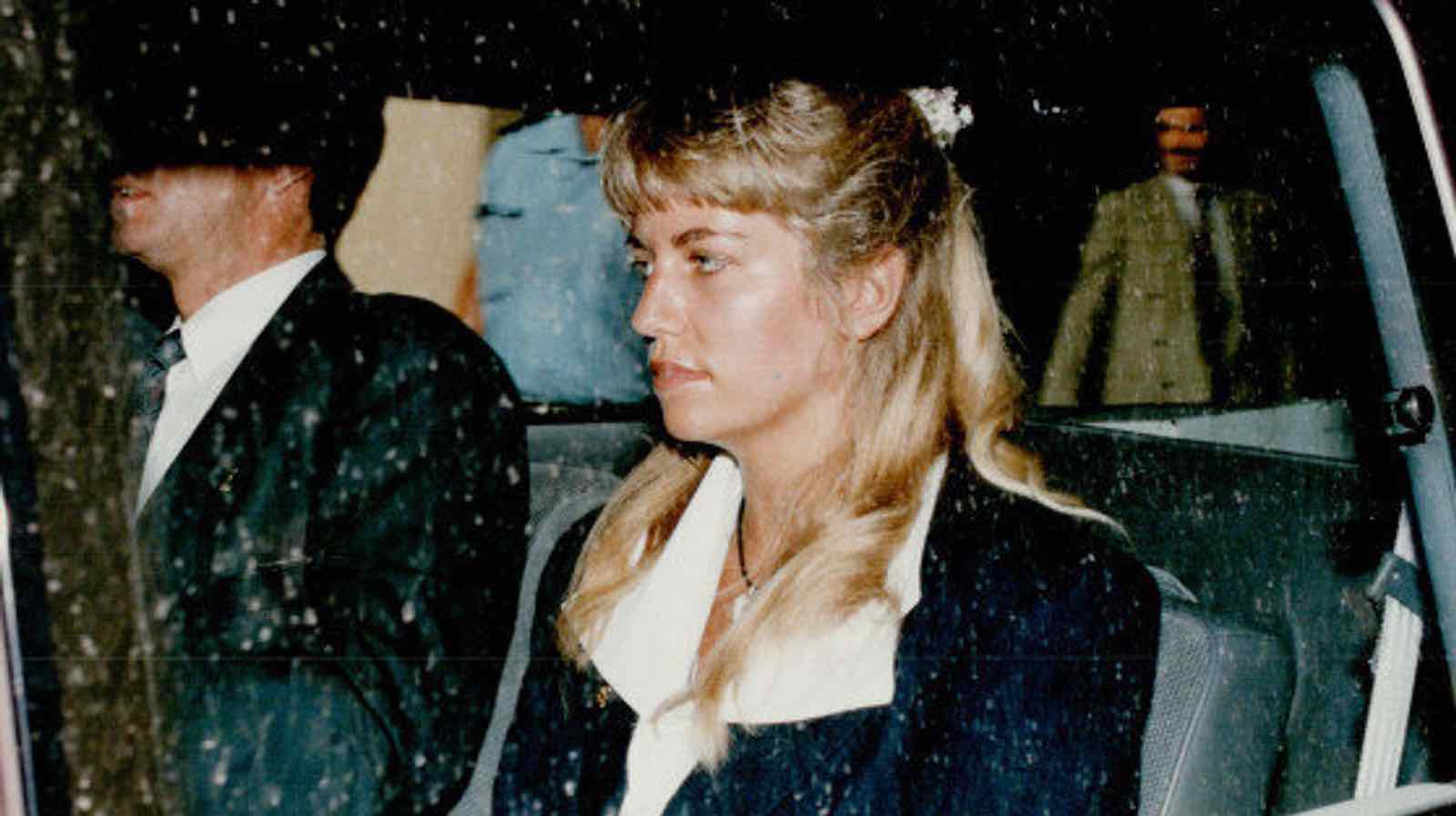 The Plight of Karla Homolka

Born to Dorothy and Karel Homolka in Ontario in 1970, Karla was the eldest of three siblings. Often described as well adjusted, pretty, and intelligent, Karla also had a fondness for animals and began working for a veterinary clinic after high school.

Like Bernardo, Homolka’s outward appearance gave no hint to the dark depravity lurking beneath the girl-next-door charm. 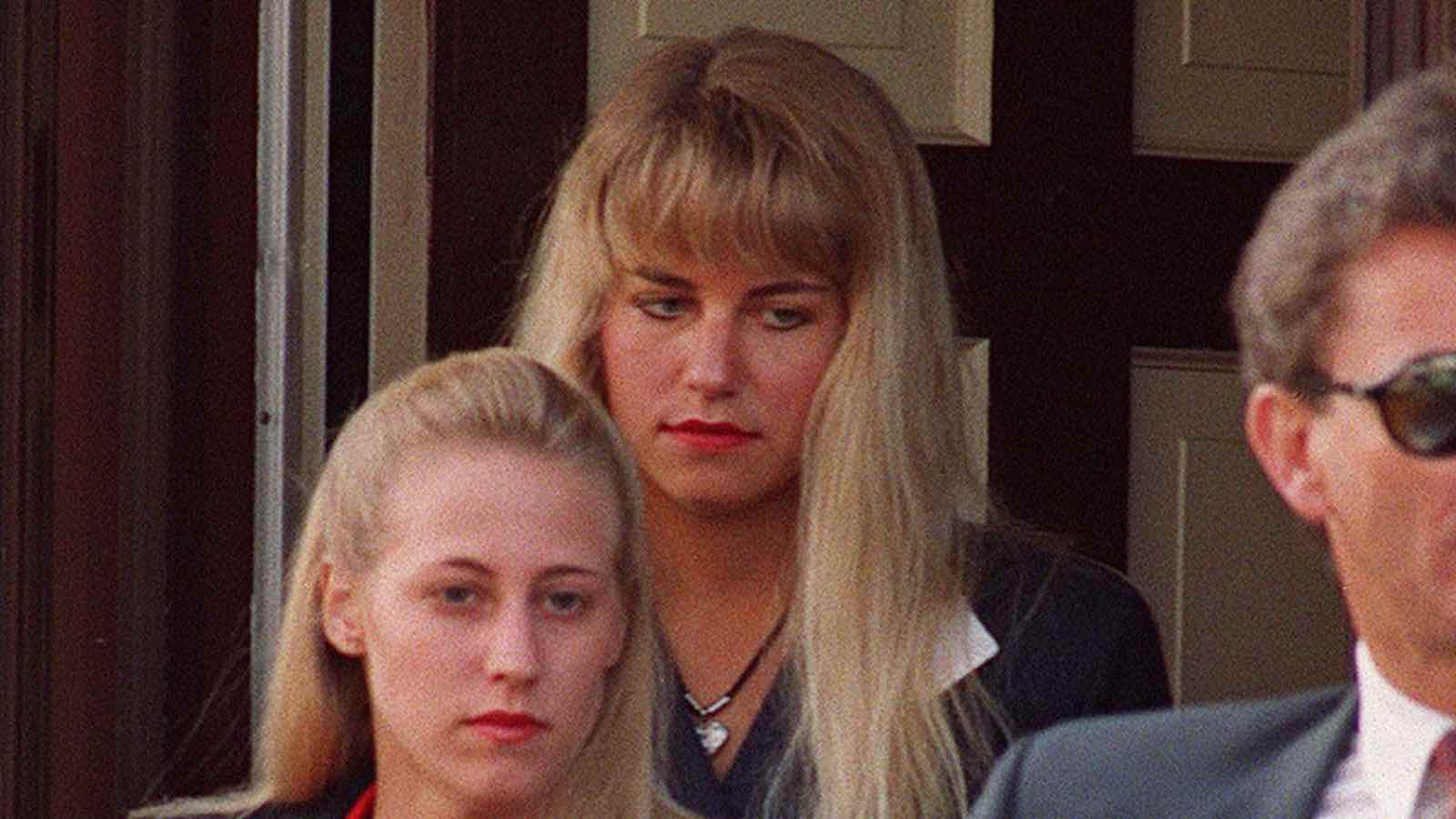 Bernardo and Homolka had an immediate attraction to one another, which only intensified when Bernardo discovered that Homolka shared the same twisted fantasies as he did. They quickly embarked on a sadomasochistic relationship in which Bernardo acted as an abusive master and Homolka as the willing slave.

Through the entirety of their relationship, Paul Bernardo was also callously raping young women in Scarborough with Karla Homolka’s knowledge and approval.

In 1990, Bernardo and Homolka became engaged, again, appealing to the notion that the couple was perfectly put together. But after three years into the relationship, Bernardo desired something more: to take the virginity of Homolka’s 15-year-old sister, Tammy. 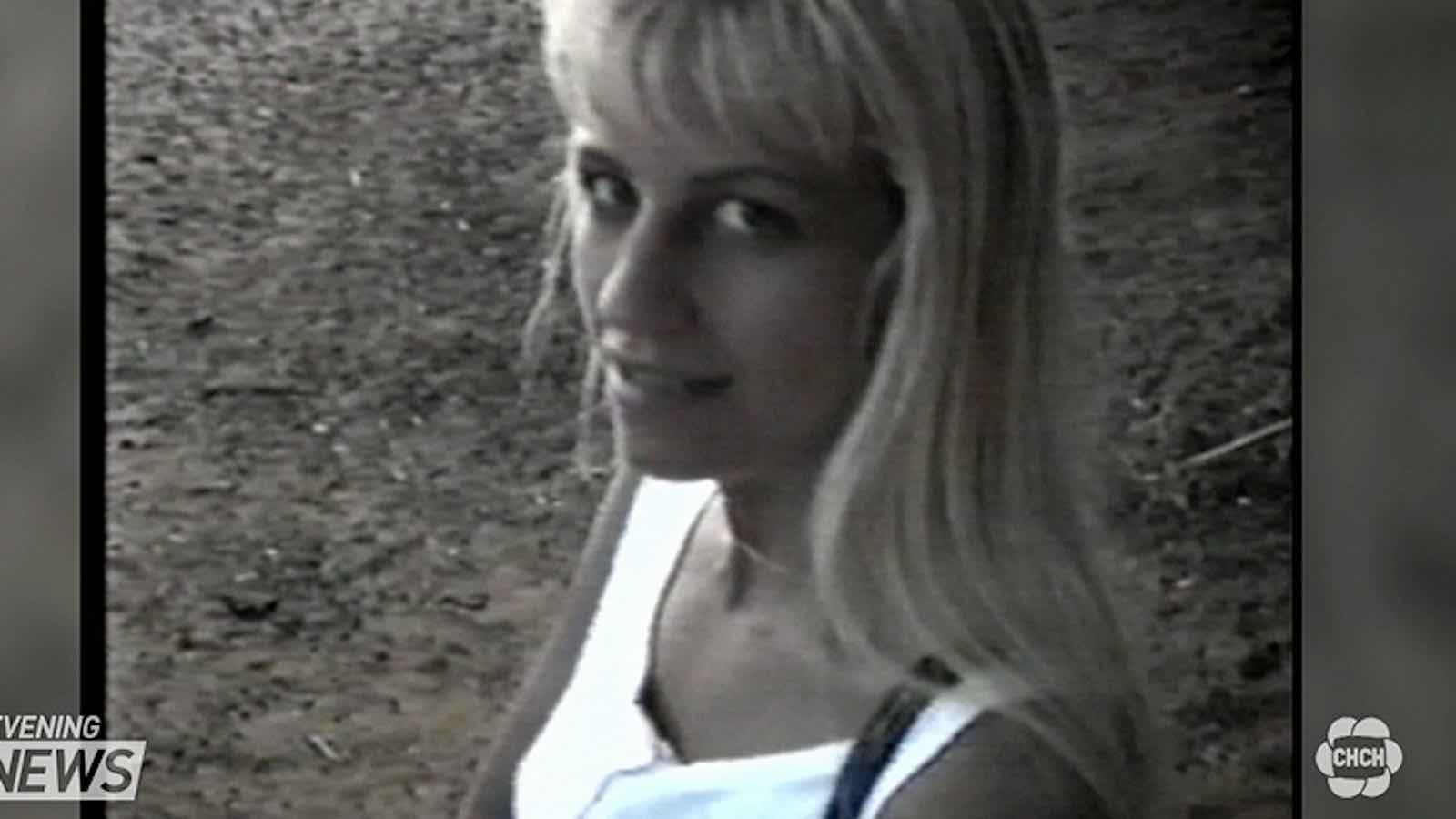 Rather than reacting with outrage at Bernardo’s sick fantasy, Homolka instead encouraged it. She told Bernardo that she wanted him to have her little sister’s virginity for a Christmas present.

So on December 23, 1990, while at a Christmas party at the Homolka family home, Karla spiked her sister’s drinks with animal anesthetics she had stolen from the clinic where she worked. 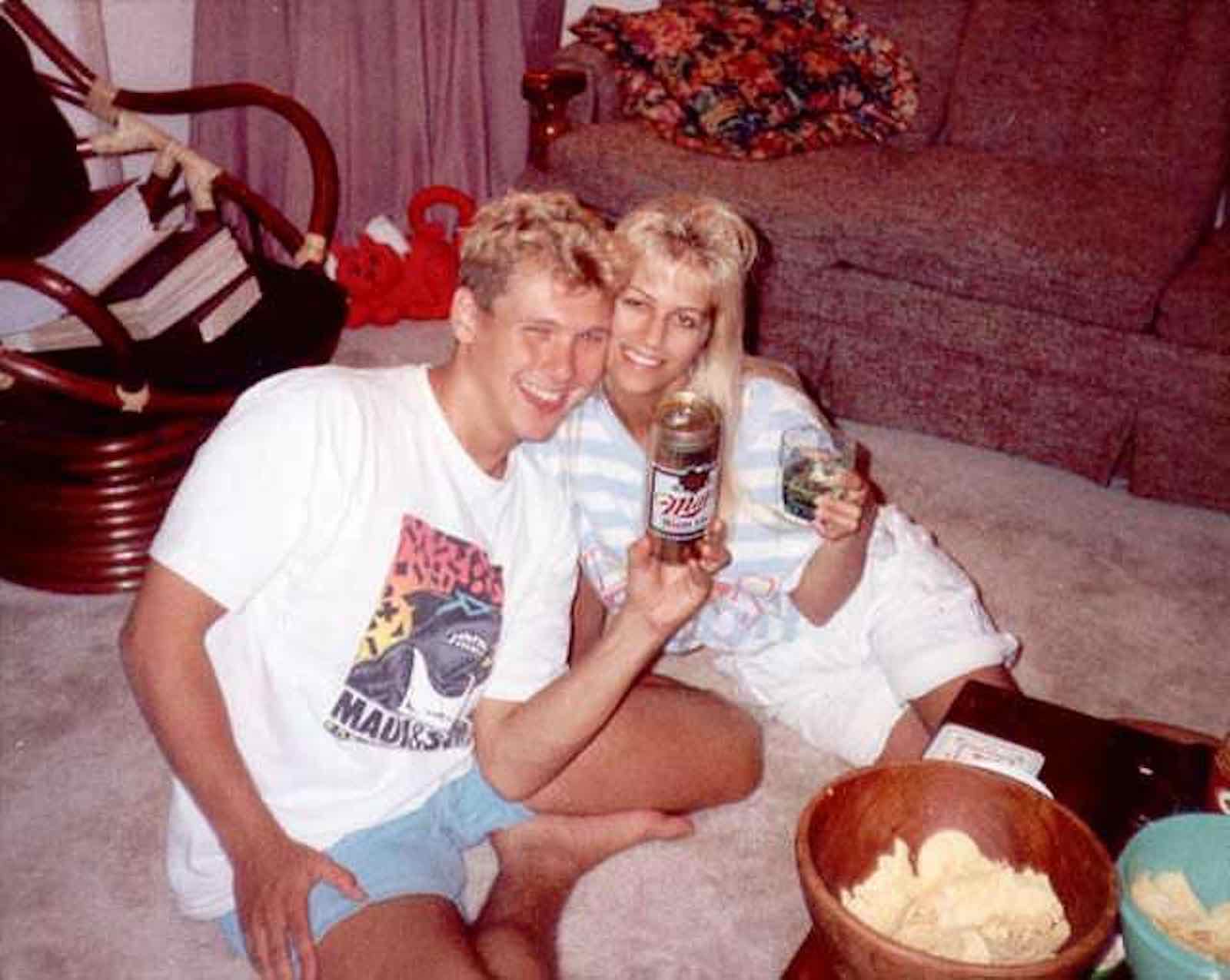 That night as the rest of the family slept and Tammy was unconscious, Karla held a Halothane-soaked cloth over her sister’s mouth as she and Bernardo took turns raping her and videotaping the assault.

But when Tammy began choking up vomit, the couple tried to hide the evidence before calling an ambulance. Tammy never regained consciousness and was pronounced dead at the hospital. The chemical burn on her face was noted, but the drugs in her system were not detected and her death was ruled accidental via alcohol poisoning. 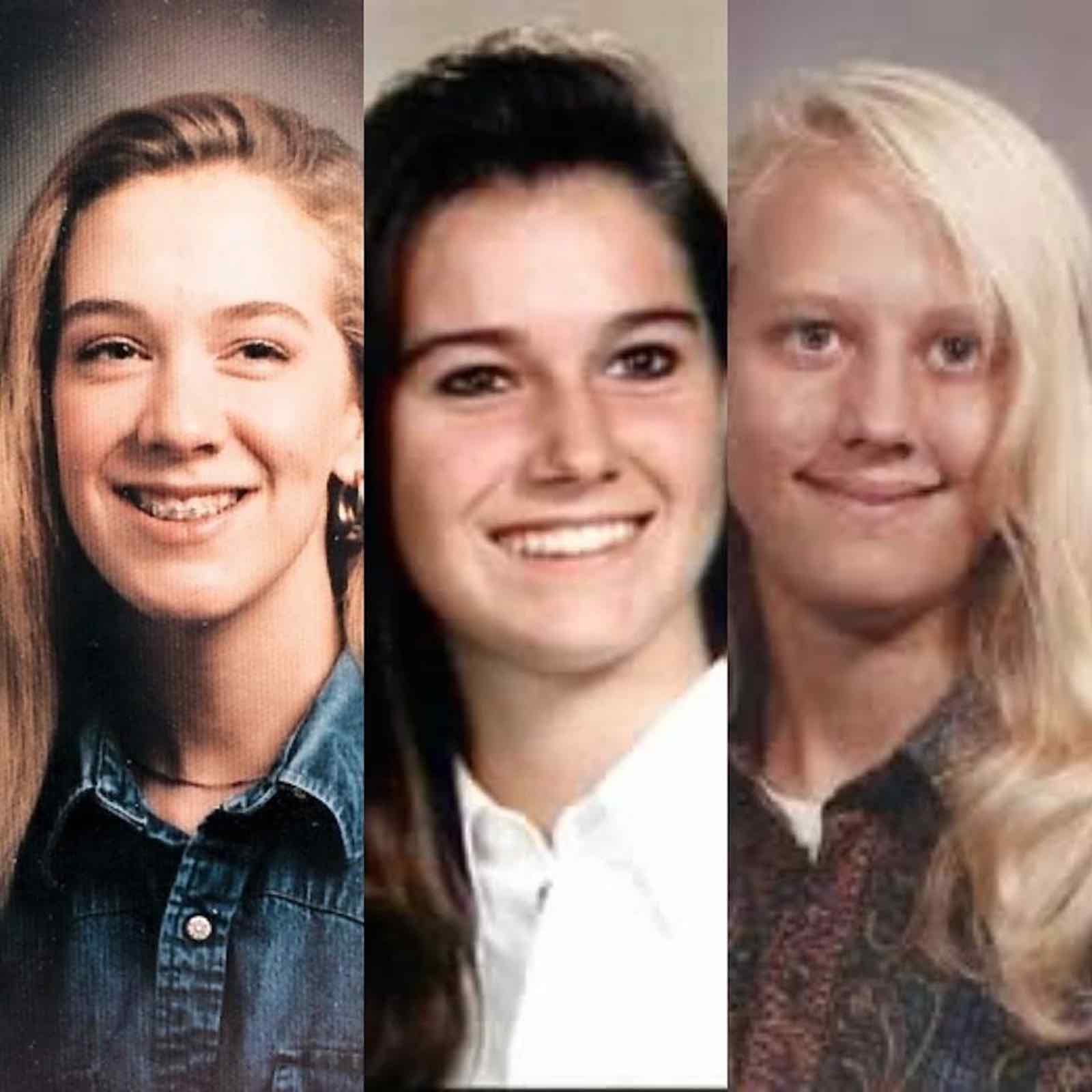 The Tip of the Iceberg

The murder of Tammy Homolka incited Bernardo’s taste for blood, and in 1991 Karla Homolka lured another teenager she had befriended at work to the home she now shared with Paul Bernardo.

The couple drugged the young woman, abused her, and videotaped it. Though the woman survived, she had no recollection of the events that took place.

Later that year, Paul Bernardo and Karla Homolka married on June 29, 1991, coinciding with the discovery of human body parts in the waters of Lake Gibson. The remains belonged to 14-year-old Leslie Mahaffy, who disappeared on June 15. 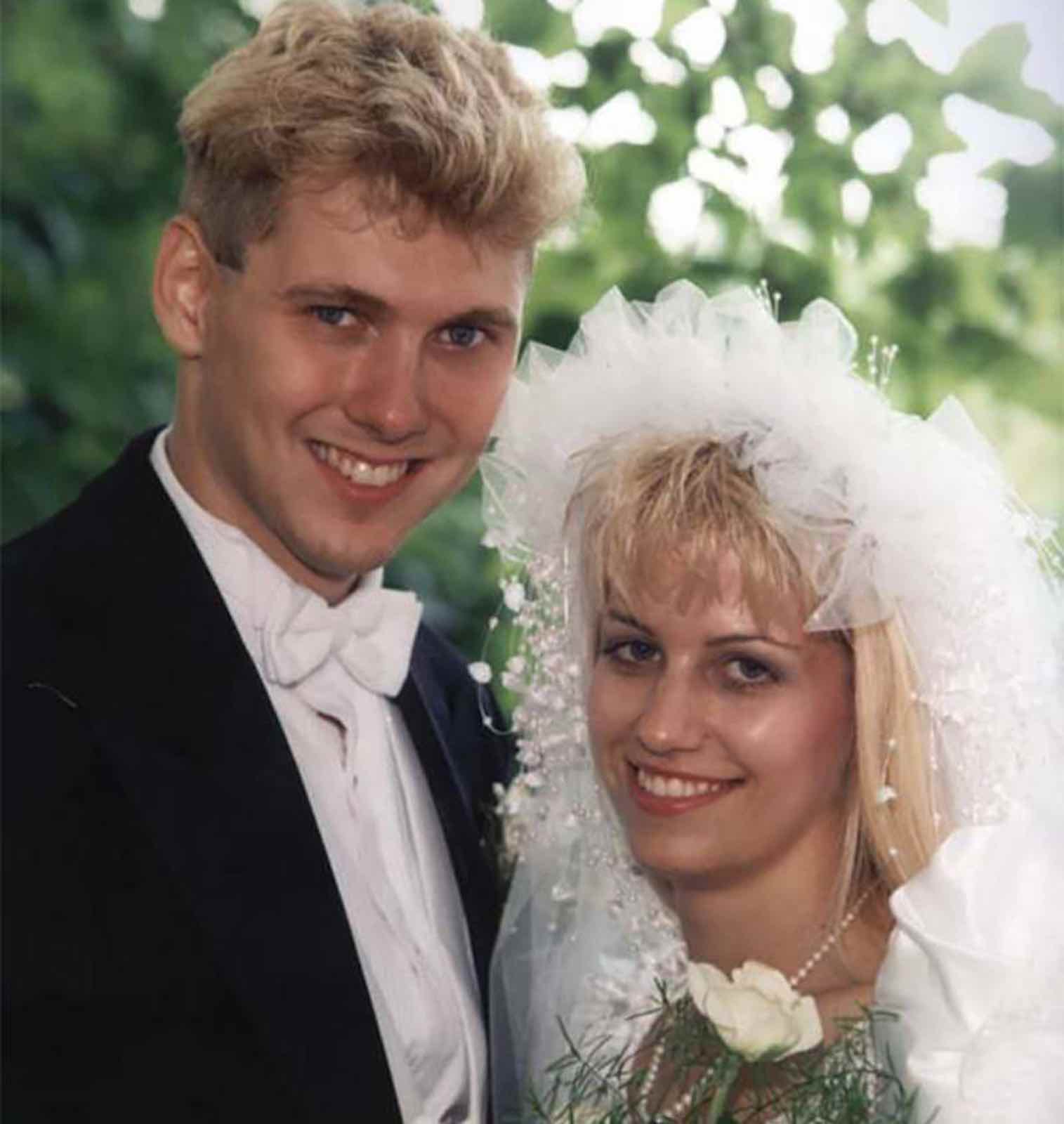 Mahaffy was kidnapped by Paul Bernardo and Karla Homolka and abused over the course of several days. As the discovery was made, the killers enjoyed an elaborate wedding ceremony, though clearly all a facade to fake their perfect relationship.

Nearly a year later on April 16, 1992, the couple played with fire yet again by killing 15-year-old Kristen French. Bernardo and Homolka left her body bruised and battered in a ditch along a rural road with her hair partially shaved. 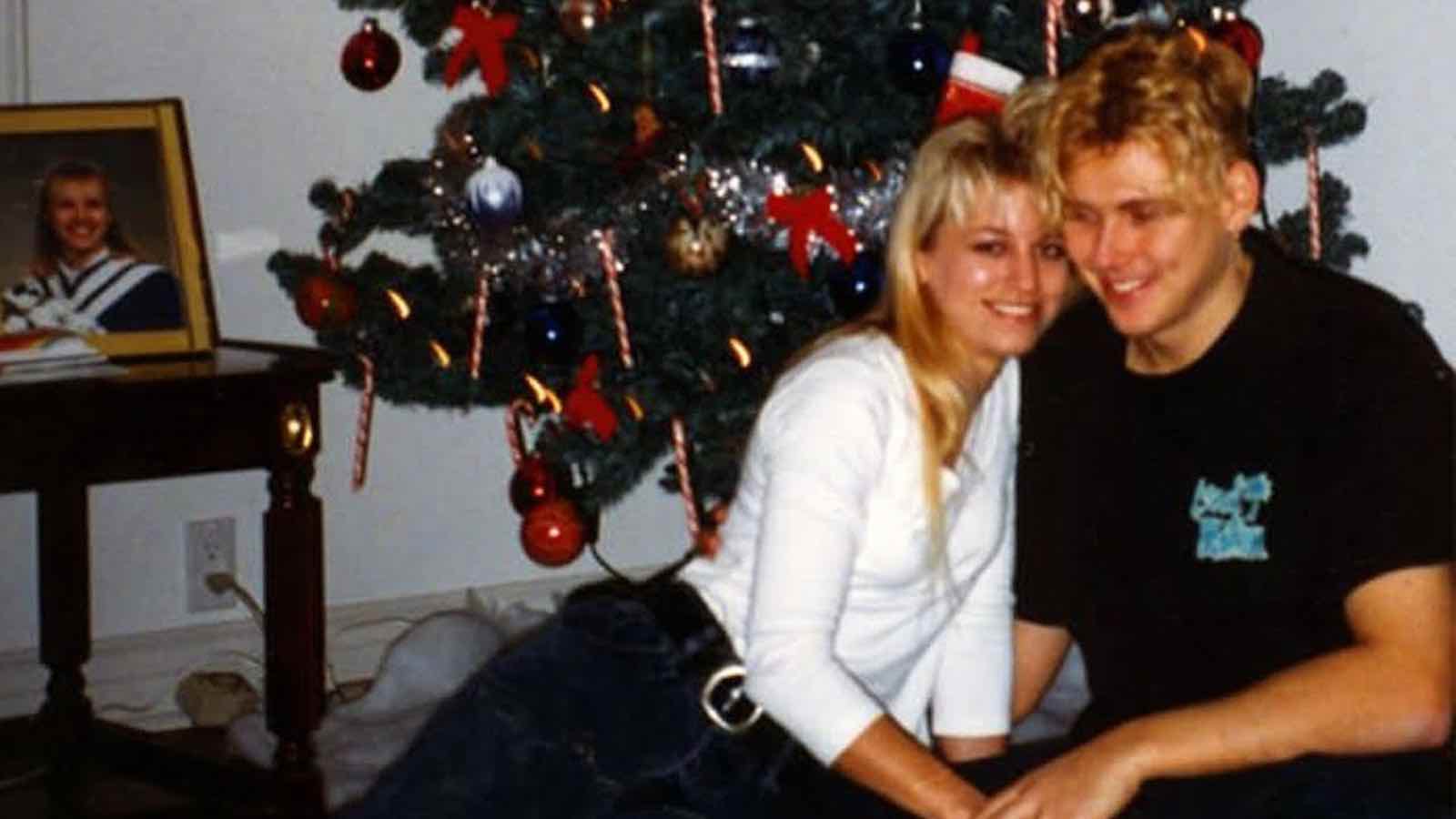 Eventually, investigators connected the murders of Leslie Mahaffy and Kristen French. And after the release of the composite sketch that resembled Paul Bernardo was released, tips were called in.

In January of 1993, Homolka left Bernardo after he dealt her a beating with a flashlight. Within the next couple of months, a DNA sample was taken from Paul Bernardo which turned out to be a match for the Scarborough Rapist. He was put under surveillance before eventually being arrested in February of 1993. 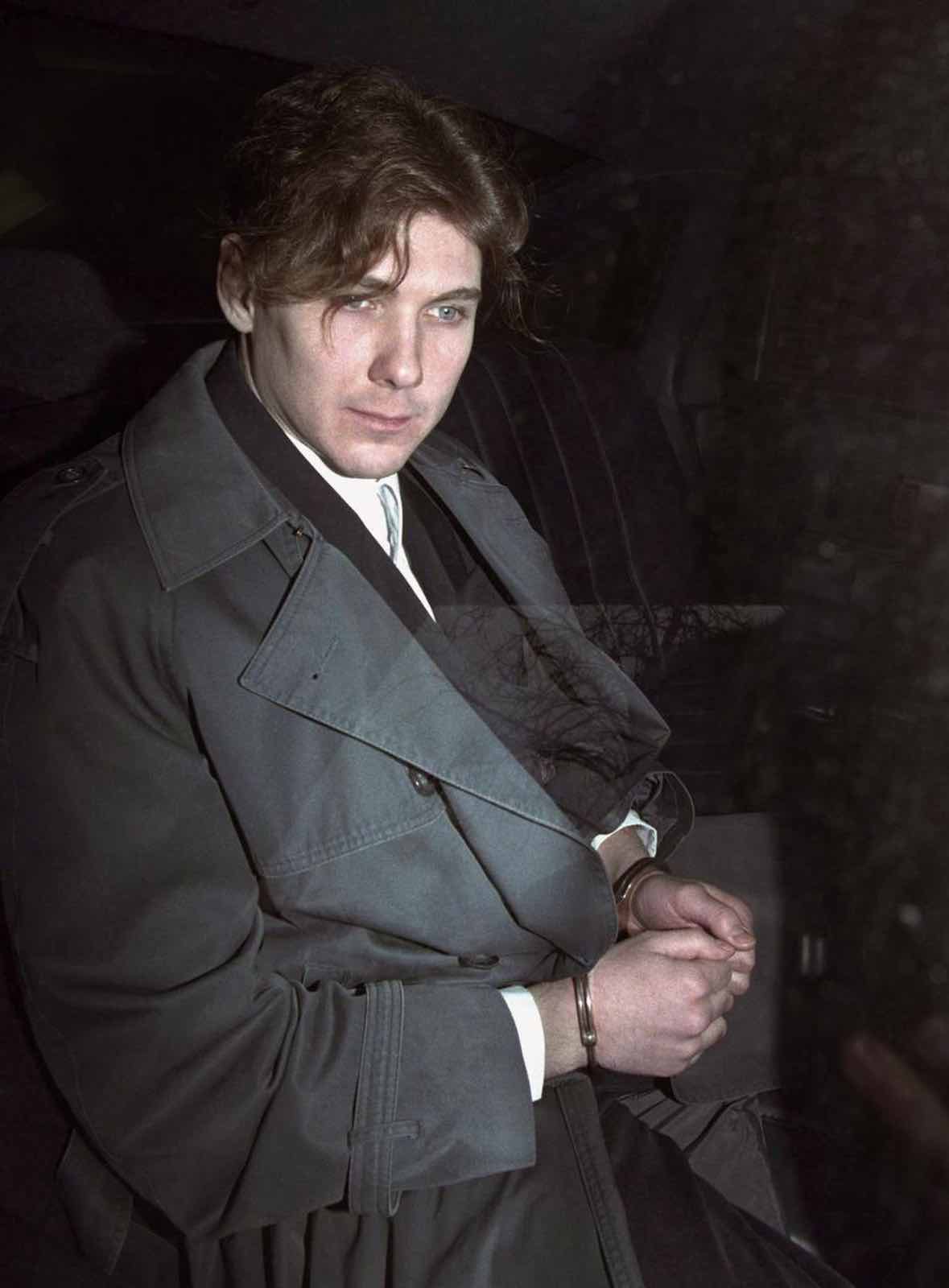 The Gig is Up

After Bernardo’s arrest, Homolka quickly got a lawyer and sought a plea bargain in exchange for testifying against her soon-to-be ex-husband. She claimed Bernardo had told her that he’d raped at least 30 women.

A 12-year sentence was agreed upon in exchange for cooperation, although this deal backfired when the gruesome videotapes the couple had made together were discovered, revealing Homolka to be just as sadistic as Bernardo. 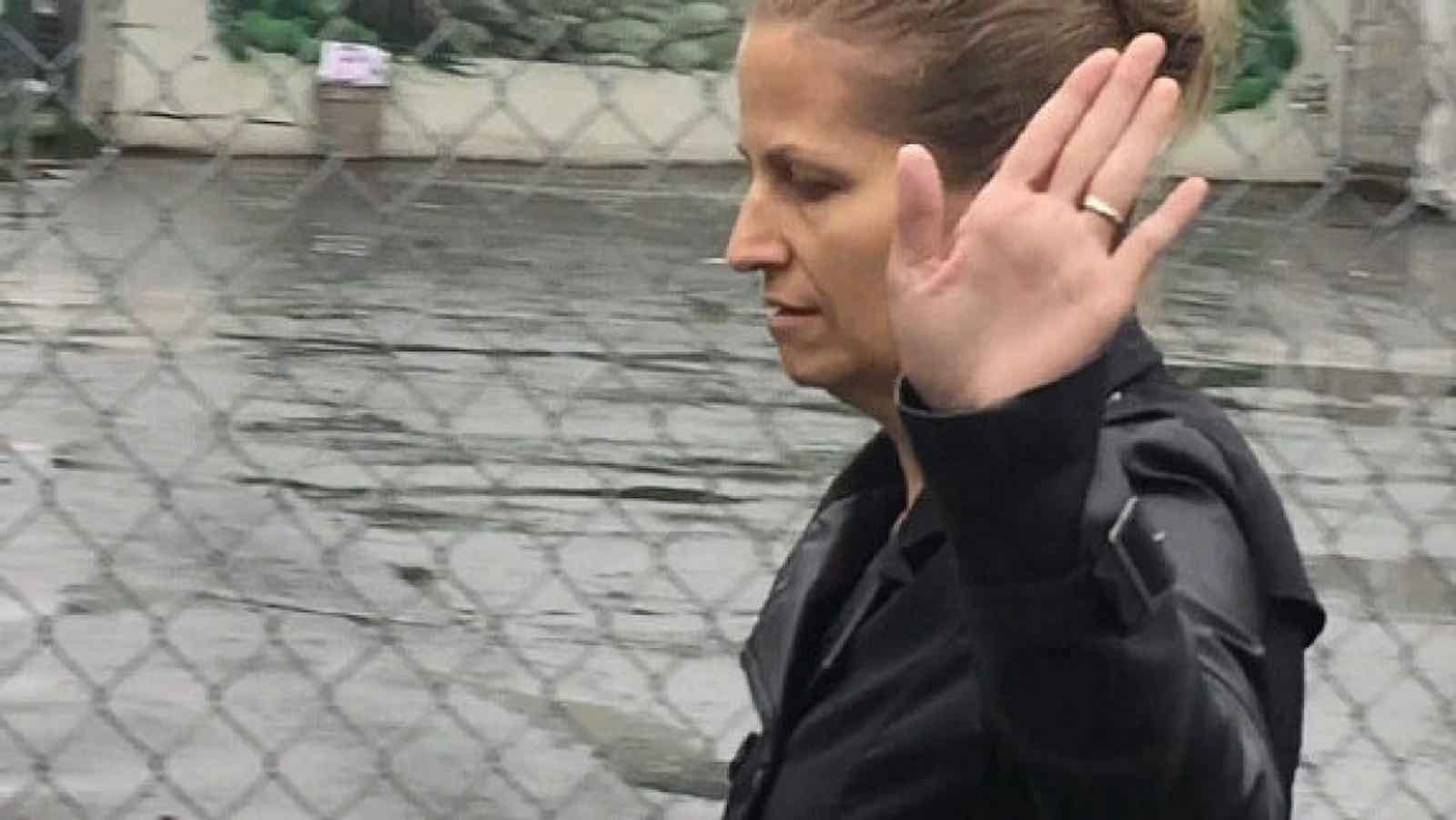 Karla Homolka was released from prison in 2005, and since remarried and had a child. Paul Bernardo was found guilty of all charges against him and continues to serve life sentences for the rape, murder, and kidnapping of two teenage girls (though his rape victims are presumably around 13).

Paul Bernardo’s application for parole in 2018 after being in prison for 25 years was denied after only 30 minutes of deliberation. Indeed, Bernardo has since admitted to the court that he hadn’t felt any sense of remorse for his sadistic crimes.