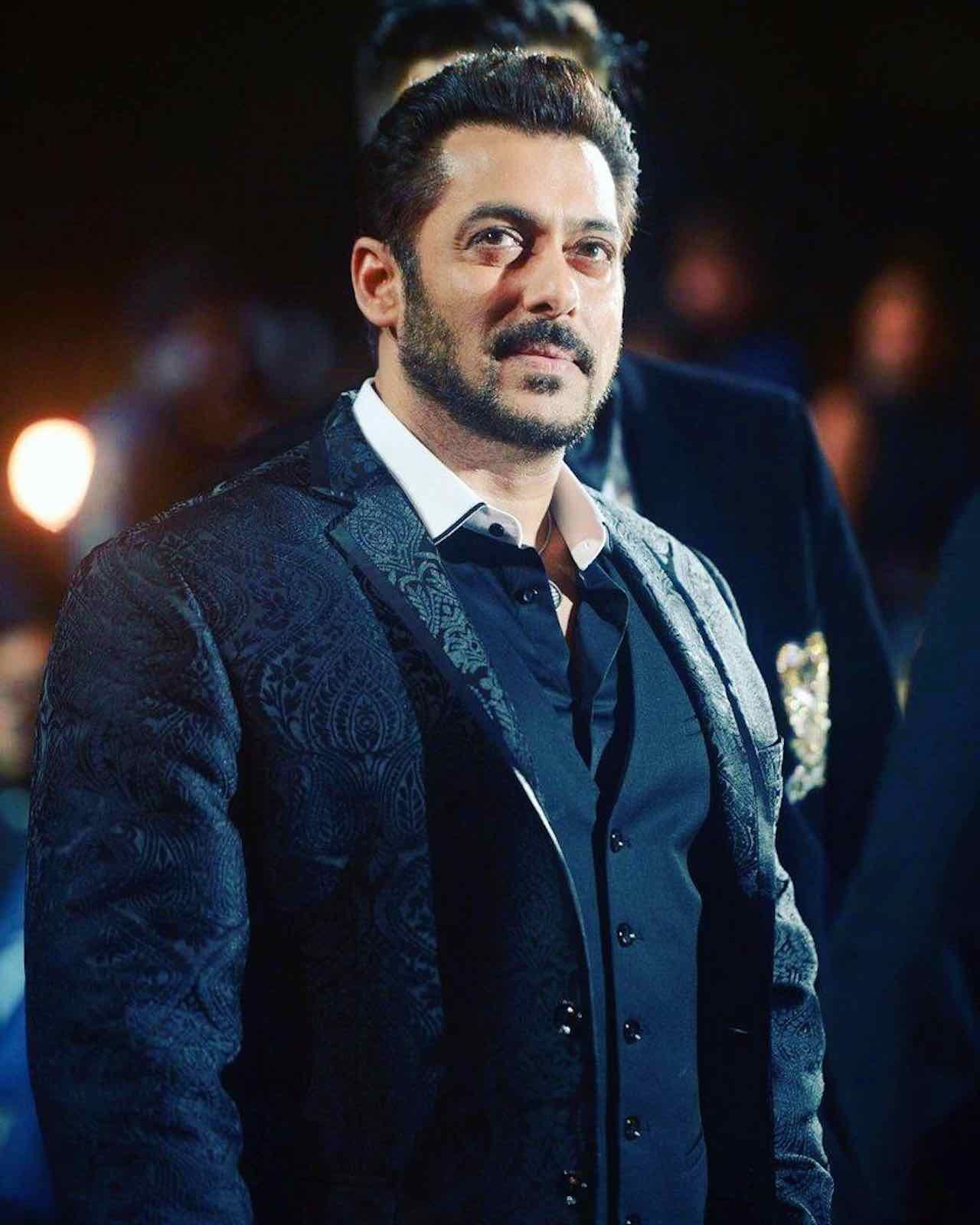 Bollywood, bread, murder? Inside the strange case of Salman Khan

Abdul Rashid Salim Salman Khan is one of the most popular celebrities in both Bollywood and the world. He is an Indian actor of Afghanian and Maharashtrian descent. Salman Khan was ranked number 82 in Forbes’ 2018 list of Top Paid 100 Celebrity Entertainers in the World. He participates in the entertainment world in many ways. Khan is an actor, singer, producer, and television personality.

In September 2015 the International Business Times named him “The Most Attractive Personality” in India. Many agree with this assessment of his handsomeness and enjoy watching Salman Khan play host on his reality show Bigg Boss. 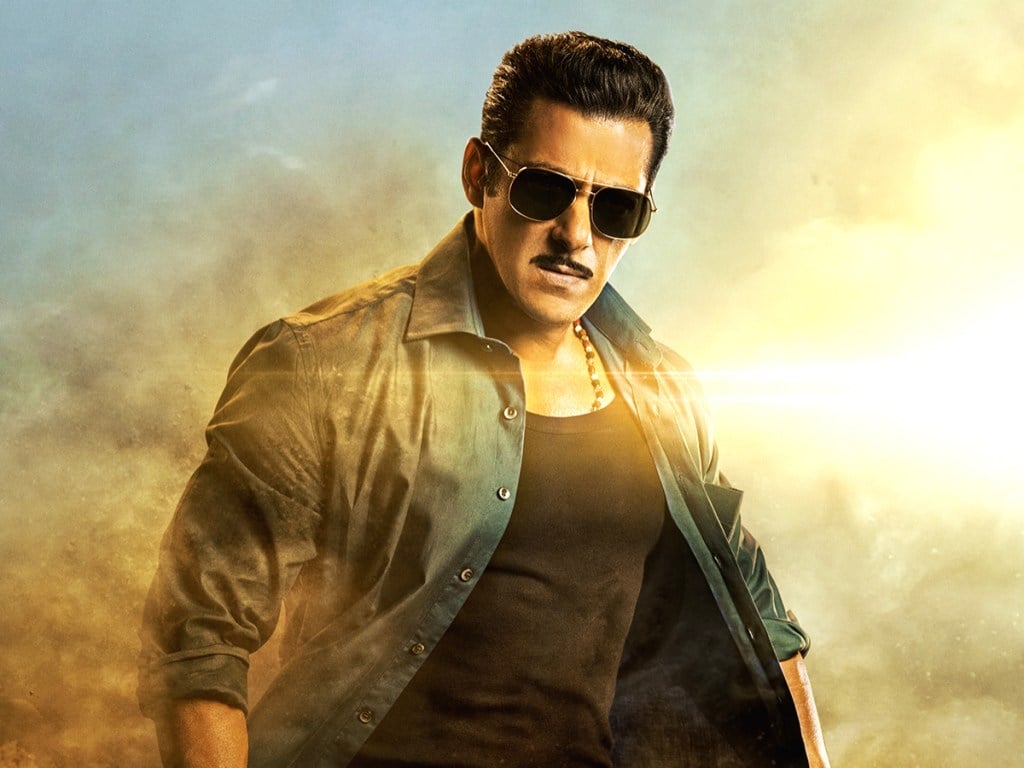 Salman Khan’s entertainment career has been pretty dazzling. He’s not only considered to be a great actor, but a great guy because of several philanthropic endeavors. The charitable action that Salman Khan is most known for is founding the NGO, Being Human, which generates revenue by producing films and selling merchandise. This profit is then put towards bringing education and healthcare to the underprivileged.

Although these aspects of Salman Khan’s life are quite shiny, there was a rather grimy incident that happened in his personal life in September of 2002: Salman Khan was involved in a hit-and-run case. In fact, he was the alleged culprit. 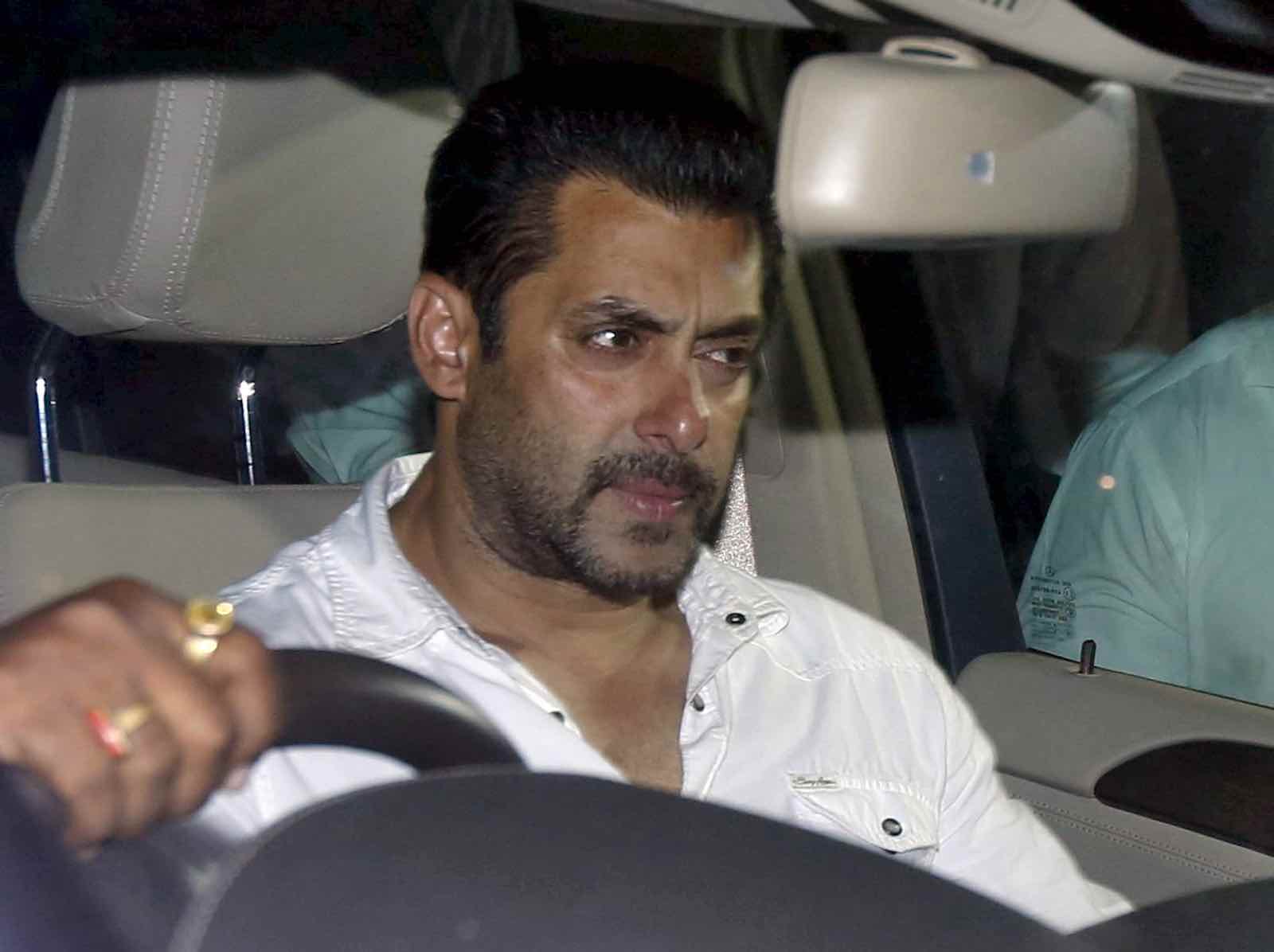 On September 28, 2002, Salman Khan’s Land Cruiser crashed into a bakery. The crash resulted in the injury of four homeless people and the death of one. Salman Khan fled the scene of the crime. 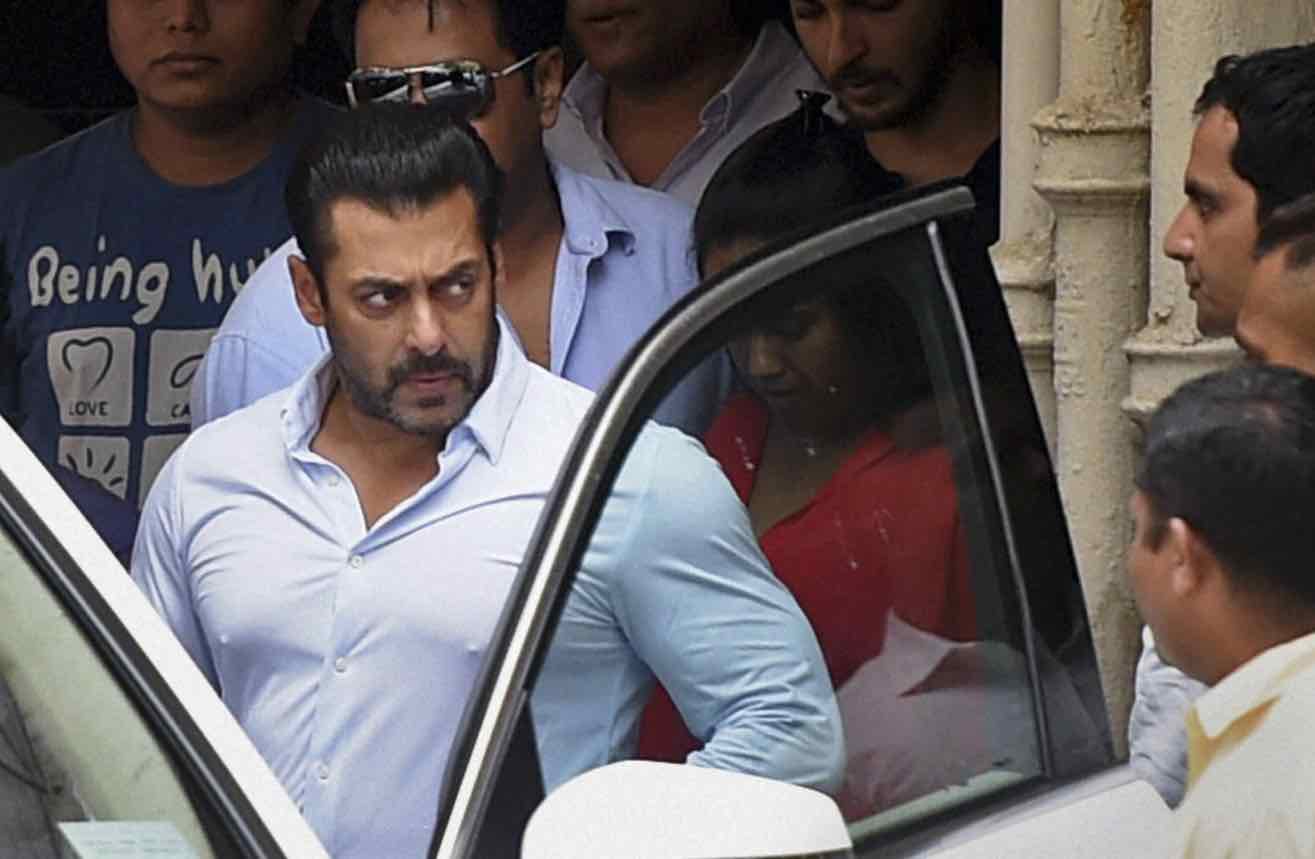 When the crash occurred, not only were numerous injured people present at the crime, but pretty soon a mob of people gathered around the car as well. They threw stones at the care for what it had done. You would think that with so many witnesses, it would be an open and shut case. Not so.

Salman Khan claimed that he wasn’t driving the car at the time, while a passenger with Salman Khan at the time of the crash claims that Salman Khan was not only driving but under the influence. What’s more, this man happened to be a police officer. His name was Police Constable Ravindra Patil. 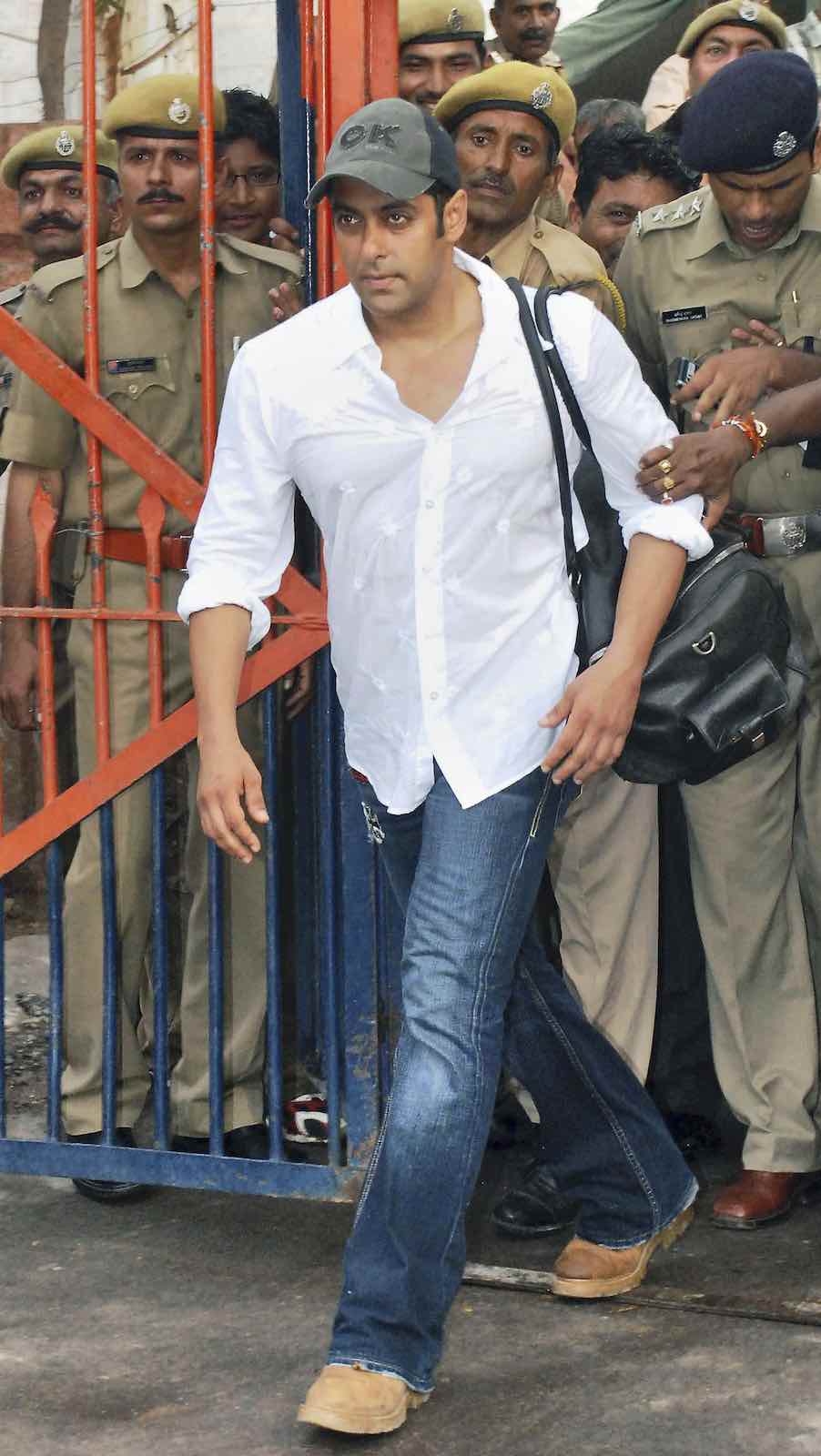 As for Salman Khan’s claims that he wasn’t even the one driving, he was seen in the driver’s seat two times: once in front of a hotel and once at the scene of the crime.

Salman Khan claimed this was easily explainable and said that in front of the hotel he had shifted to the driver’s seat to sit in the A/C while he waited for a new driver to arrive. At the crime scene Salman Khan said the reason he had to exit the car from the driver’s side was because the passenger side had been jammed shut by the crash. 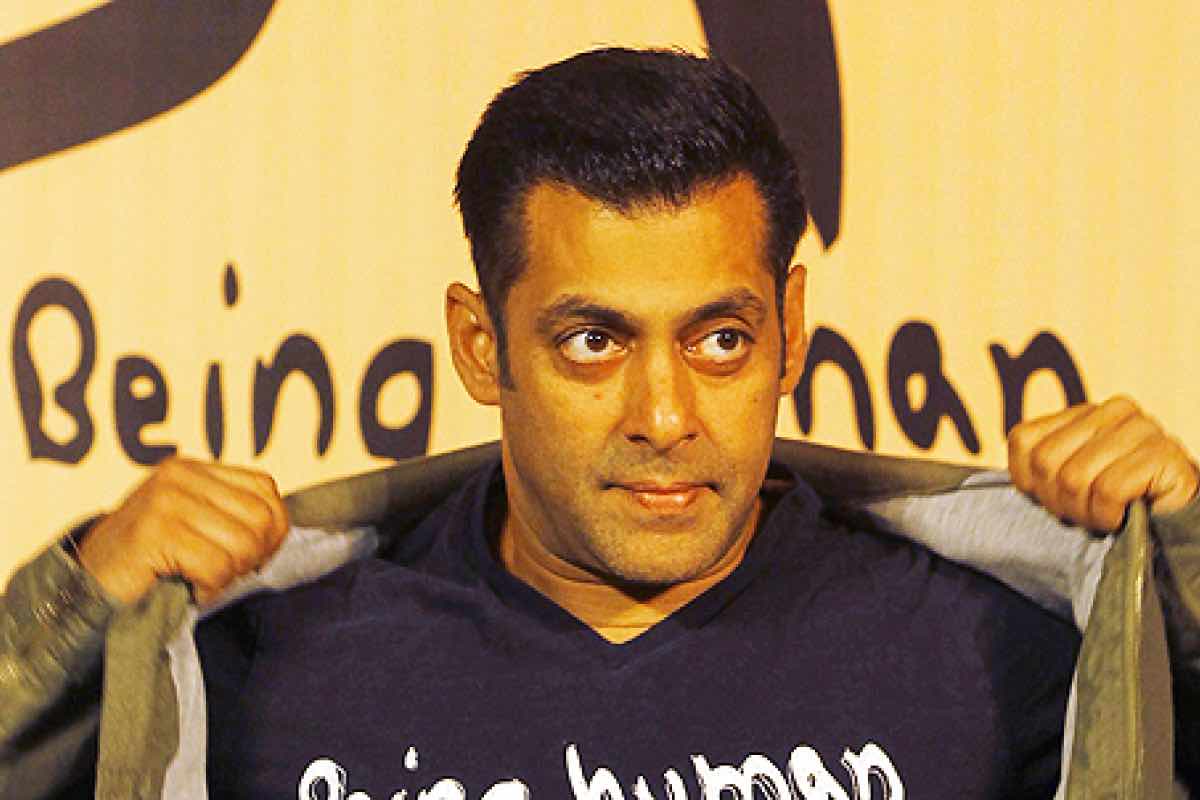 Patil claimed the contrary and said that Salman Khan had been driving once they left the hotel. On May 6, 2015, Salman Khan was found guilty of driving under the influence, causing the injury of several homeless people, and the death of one. He was sentenced to five years in prison. Later the same day he was granted bail for three days, but this then led to the suspension of his sentence until his final appeal in July.

In December of 2015, Salman Khan was acquitted of all charges regarding the case due to lack of evidence . . . 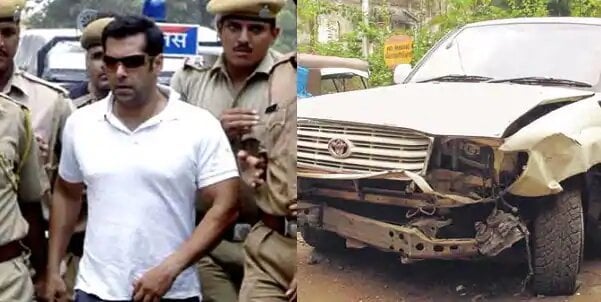 During the time that Salman Khan was given his five year sentence, Bollywood actor Farah Khan sent out a controversial tweet about how people shouldn’t have been sleeping on the road in the first place. Farah Khan later tried to clarify what he meant with this tweet: “My ppl not sleeping on the road tweet is meant to mock the govt not d poor ppl Bec every govt is responsible to provide housing to its ppl.”

Farah Khan had been receiving some pretty harsh criticism. The previous tweet about mocking the government was swiftly followed by another tweet at 5:46am: “And I never said that Salman was faultless. I said 5 yrs is very harsh punishment. He should get less Bec he is a good citizen otherwise.”

Receiving a five year sentence for killing someone with your negligent driving is too much to ask for some people, apparently. And, as we now know, the courts eventually changed their mind with claims to a lack of evidence. The most mysterious part about how Salman Khan’s hit-and-run case ended was how nervous Ravindra Patil was. 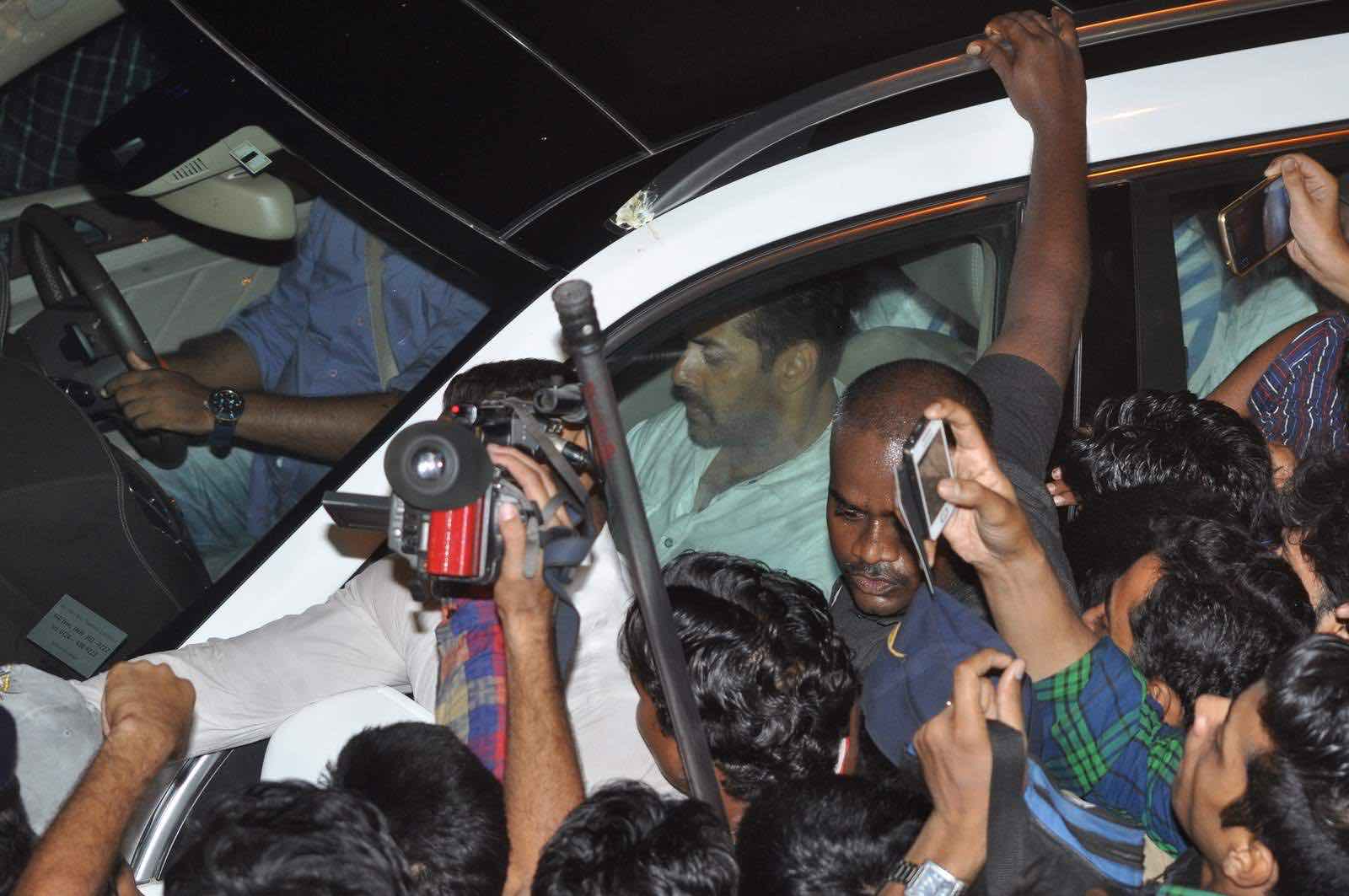 Patil was under a lot of pressure to change his statement. Even though he was a member of the police force, he was still a person on one of the bottom-most rungs. Because of his fear of facing Salman Khan’s defense lawyer, Patil even skipped out on some of the court hearing dates. Ready for the kicker? Ravindra Patil died in 2007 before Salman Khan was officially tried.

Now, while many suspected this was a product of organized crime, it is almost positively not the case. That’s not to say what happened to Patil was right though. The poor guy was so scared of being on the witness stand that he begged his superiors to get him off the case. As the prime witness, this was impossible, so Patil ended up just running away. Eventually, police found him, arrested him, and produced him in court. 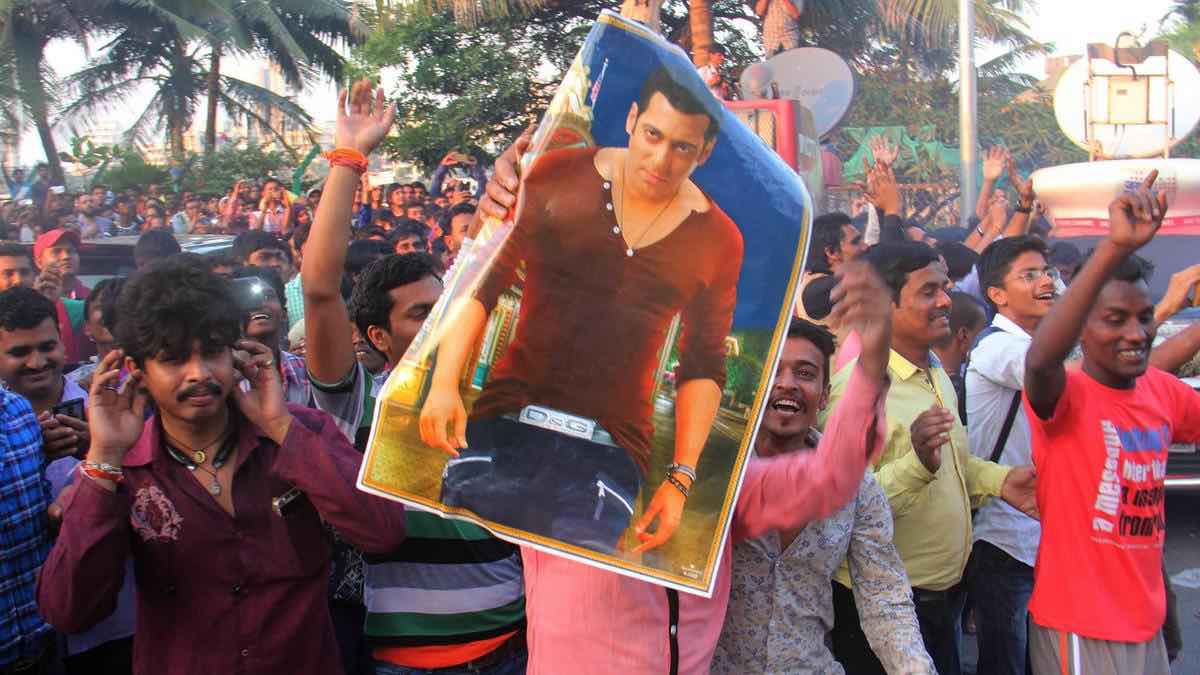 Patil was subsequently fired from his job. He found himself to be a jobless man who had been disowned by his family, so he had to turn to begging. A hard life on the streets led Patil to heavy drinking, and he also eventually contracted drug-resistant tuberculosis. Patil died in the hospital on October 4, 2007.

Allegedly, some of the last words Patil said to his friend were, “I stood by my statement till the end, but my department did not stand by me. I want my job back, I want to survive. I want to meet the police commissioner once.”

Just like that, a star witness had been turned into a victim and the prosecuted was allowed to walk free.