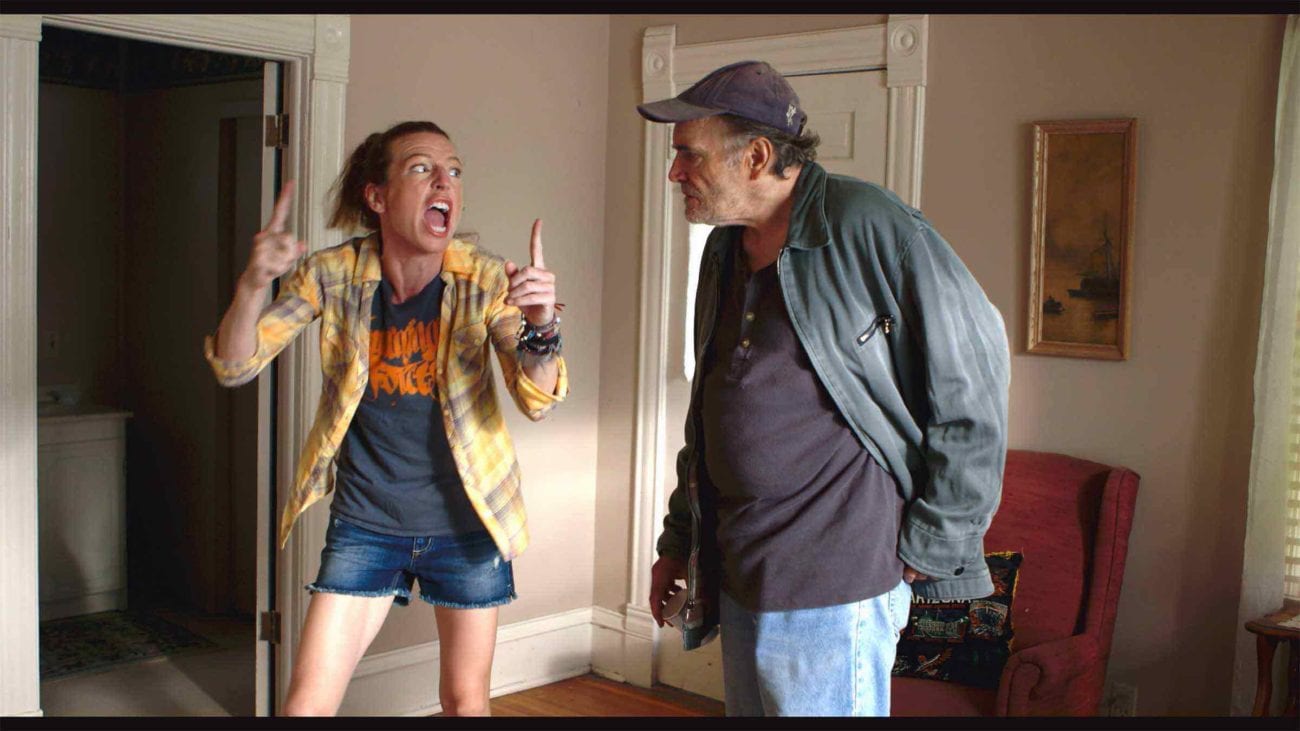 Director Ron Vignone has always been a man driven by telling a great story. Maybe that stems from the grand story that is his entry into film. After graduating college, the man used every last penny to move to Paris to be around the great world of international cinema. But after some time abroad, Vignone made his way back to the states and starting banging on doors in Hollywood.

It was worth it, because his most recent project Two Ways Home is going crazy on the indie film scene. Two Ways Home has won awards at the Awareness Film Festival, the Marina del Rey Film Festival, and the Culver City Film Festival, and it’s well deserved. Focusing on a young woman with bipolar disorder (Tanna Frederick) who is trying to honor her grandfather’s dying wish and reunite with her daughter, it tells a tragic yet touching story. 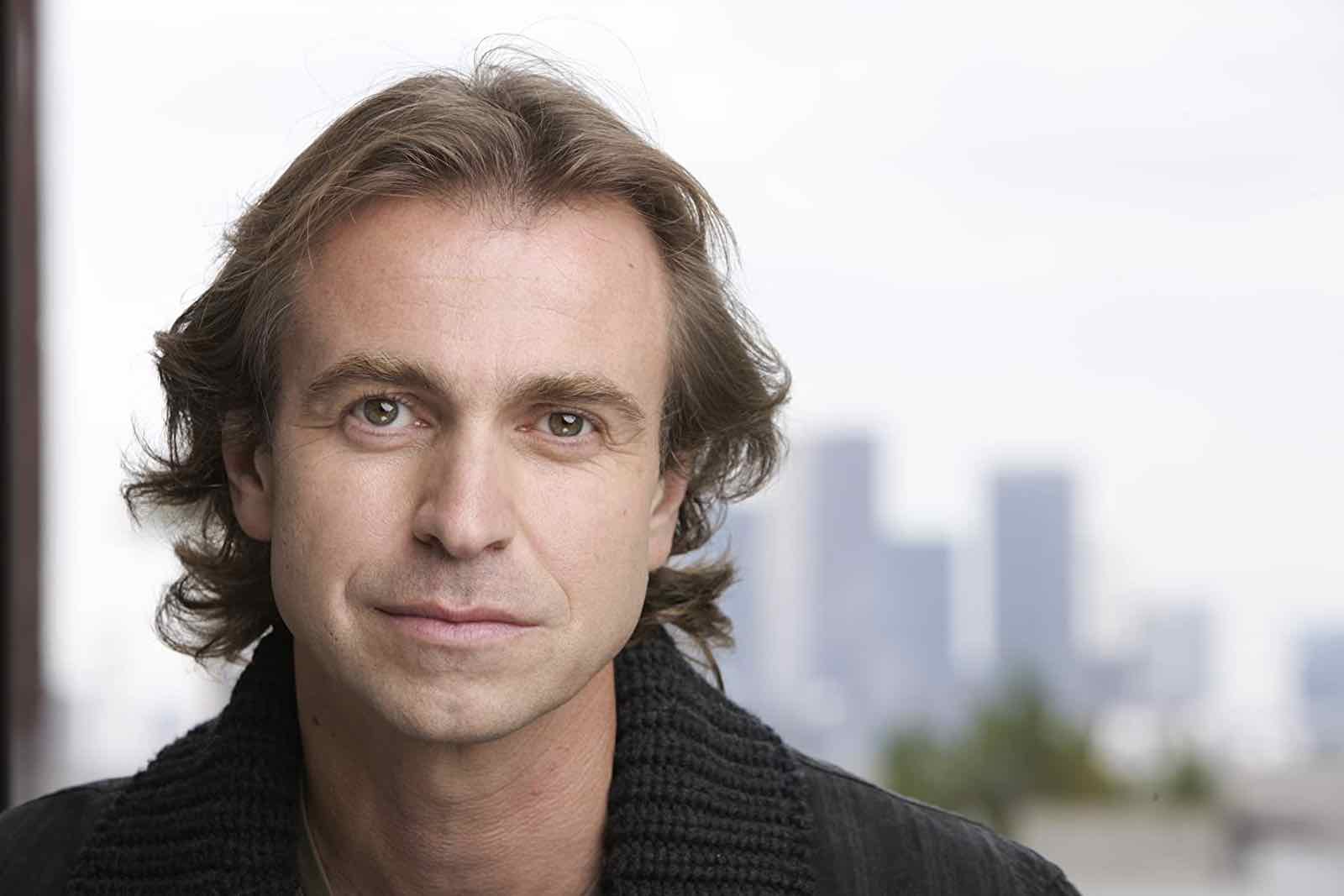 But the biggest achievement is the awareness it helps bring to bipolar disorder, a mental illness with a lot of stigma around it. Frederick also served as producer on the film to help Vignone bring the message to life properly. The film deserves credit for depicting mental illness in an honest yet human light, showing that this disorder doesn’t stop someone from living, they just learn to live with it.

Vignone spoke with us about his journey into filmmaking and Two Ways Home in honor of its successful festival run.

After college, I took the last money I had and bought a one-way ticket to Paris.  I lived there working crazy jobs to pay rent and eat. Any time I had outside of that, I was writing and going to the cinema. At the time, Paris has a vast amount of cinemas, playing the greatest films from around the world. Most of the prints were in the original language and I found that many foreign films had English subtitles.

The world’s greatest films were my daily diet, until I became very anxious to be working on my own. I saved up enough money to get a ticket back to the States and did everything I could to get in the door in Hollywood. It took a few hundred knocks (really!) until I landed a job on a film with Australian director Fred Schepisi. I worked with him and learned from him for years.  He was my mentor and eventually executive produced my first feature. 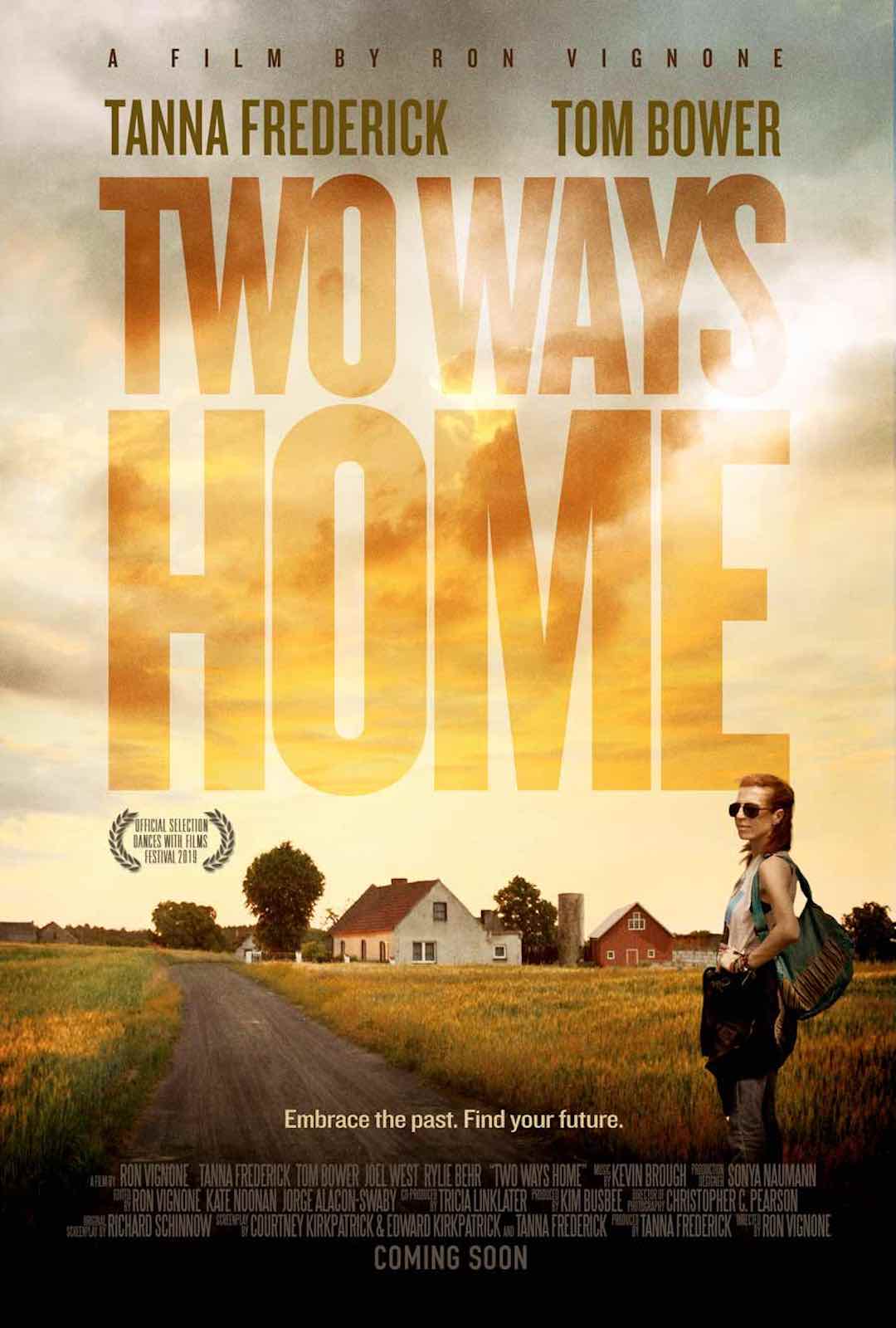 Dogs – as many as you can fit into your life.

What was the movie you saw that made you want to go into film?

How was working on Two Ways Home? What did you learn from the experience?

Two Ways Home was both a labor of love and an exercise in dogged persistence.  The greatest thing I learned was probably that the scene you’re avoiding the most in the story is most likely the key to solving the whole thing.  If you work harder than ever to unearth the source of that fear, and then have courage to express it with honesty and respect, you can’t help but elevate the story.  In short: the personal fear of something in the story is exactly what you need to focus on. 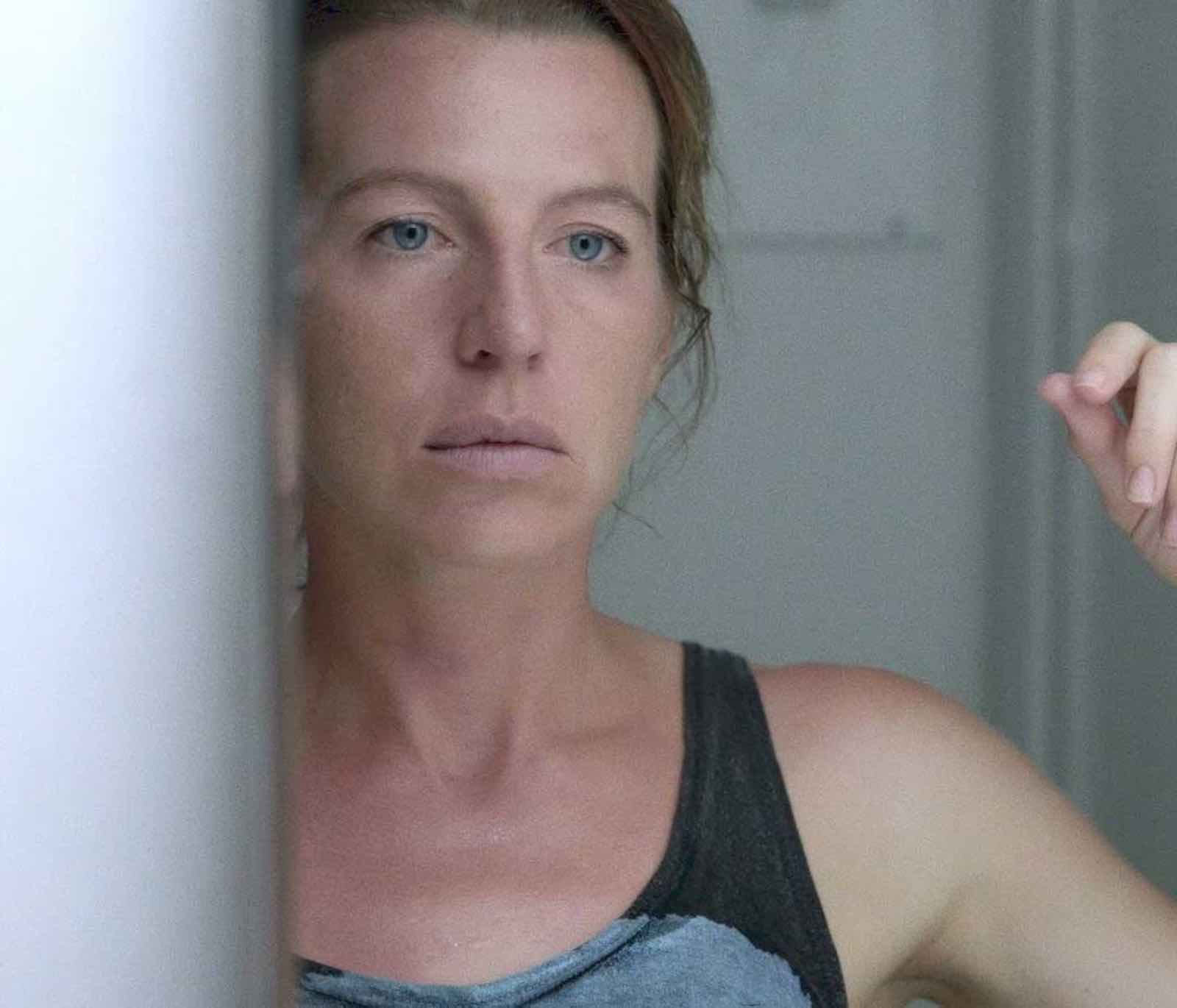 I didn’t have a career before film.  It is the space I always wanted to work, and always have, in a variety of disciplines in post-production.  I love the editing process.

Where did the concept come from for Two Ways Home?

Writer Richard Schinnow wrote a script about sisters attempting to put their aging father into a nursing home in order to split the proceeds of a family farm, and as retribution for their crappy childhood.  That was the thrust of the original story. When we started re-working it, Tanna Frederick (actress/producer) and I wanted to add the aspect of someone who “comes home” to this mess.

As we started digging into the backstories of the family, we asked ourselves “what if the person who came home was the person that the family wanted to sweep under the carpet – and would that person’s homecoming challenge the power center of the family?  That’s how the character of Kathy was born, as well as the full expression of the story.

Classical Music –the Beethoven sonatas, the Mozart masses; Also, the variety of old-world flamenco music referred to as Cante Jondo (Deep Song), Qawwali, and all the country songs by the Rolling Stones.

Wow, ok for me it starts with something I’m wrestling with personally, something I feel conflicted about and that I need to figure out. One of my own flaws, and usually it revolves around the ability to love and accept without judgment. I know that if I drill down into it, there’s usually a big idea that I feel strongly enough about to create a story around.  I work hard to give the protagonist a similar flaw that will ultimately express that big idea when he or she either transcends it, or fails to.

I try to put that person in the most conflict with her/his environment (as the scope and budget will allow). My goal is to create something emotional and resonant – and it has to be something that I feel is important enough to spend the kind of energy it takes to make a film around. If I have that, then everything that follows is in service to making something that people will take home with them – and they feel like they got their time and money’s worth.

1) Make sure you invest time being an actor. It’s the greatest thing to do to be a good director (and it’s great therapy). Do a play if you can, or take a scene study class, but by all means be an actor.  Learn the process and know how to get emotionally subjective. Have others direct you – It will make you a far better director and you will deeply respect and love your actors.

2) Strive to express your honest and unique self. Be wary of people who tell you “no” or “you can’t” or “it’s impossible”.  It’s never impossible and they are most likely intimidated by your confidence. 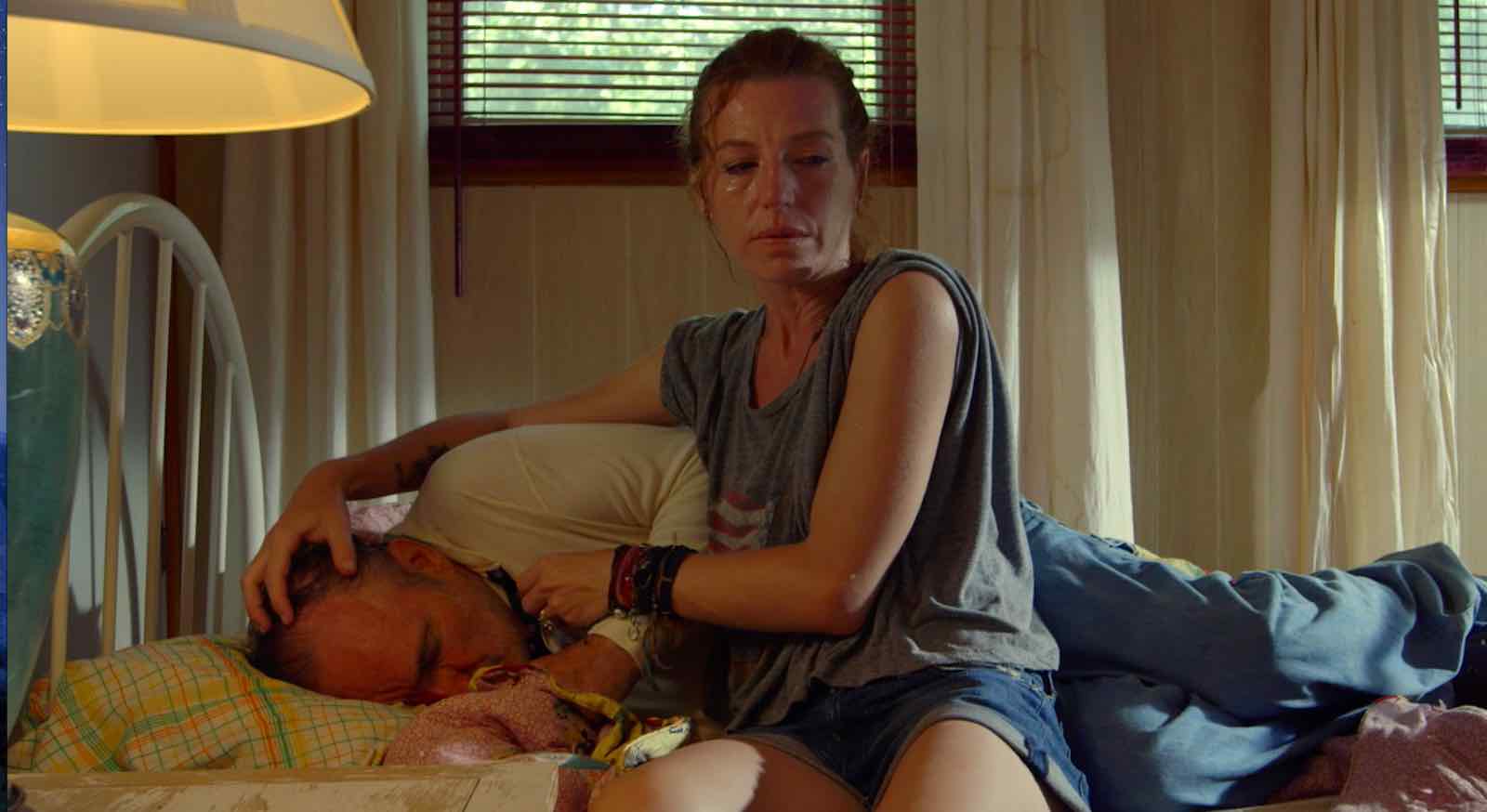 Geek out? – All technology that facilitates creative expression in filmmaking.  Camera Movement, Editing, Sound Design & Color We are in a revolution of this sort of thing.  What can be done now was impossible just a couple years ago in all these areas, and it really gets better every day.

Well . . . you never wear all the hats, right?  Even when you are doing 20 different jobs because you have to, you are collaborating. I don’t like wearing lots of hats.  It’s exhausting and inevitably takes away the time and creative juice for the things that you should be most focused on. It’s a really good thing when you are starting out because you gain a real respect for the people who do their job really well.

Wow, that’s a crazy question.  But ok . . . If I could only watch ONE, it would be the 5 hour version of Fanny and Alexander.  Outside of being one of the most crowning achievements in cinema in all aspects (in my opinion at least) I would at least have a very large canvas of a motion picture to pore over for years.  And I’d probably come out the other side knowing another language too. Maybe that’s not so crazy of a question. 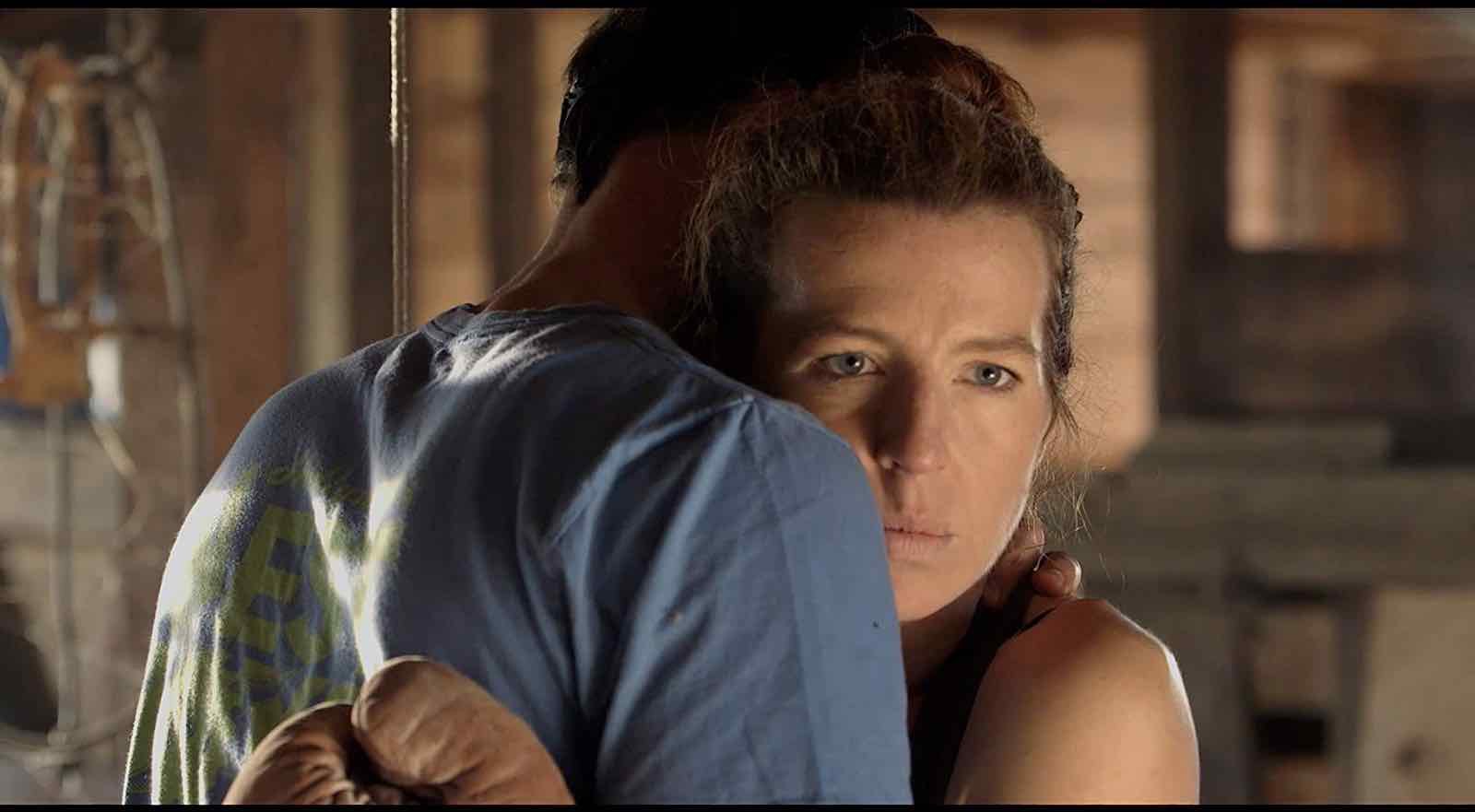 Yes. Identify the specifics of what you want to learn and what kind of person you want to learn from.  Then look for the people who you really admire, and whose work inspires you. When you feel butterflies in your stomach thinking about asking one of them in particular, that’s likely the person.  Get the courage up to ask them.

You will be surprised how many will say yes. And if they say they can’t, don’t get discouraged.  We are living in such a time-crunched culture now. It’s not personal. Go to the next person on your dream list.  Shoot higher. You can’t win unless you play. But you will never know unless you ask. In the words, my mentor, “Choose the people you want to work with, not the other way around.”

Not learning earlier in my life that your “failures” are actually the source of your greatest opportunities. AND –Not taking some opportunities that seemed too good to be true.  Don’t do that. Jump at opportunities when they present themselves, especially when they seem intimidating.

What’s your filmmaking mission?  Name the most important thing you want viewers to experience when watching your movies.

Oh boy . . . My filmmaking mission is to deeply connect with people and give them something fun, meaningful and powerful for their money and time that they gave to see the movie.

The most important thing I want them to experience is joy and inspiration – and that they take something of value from the experience, and bring it into their own lives in some fashion. That’s very satisfying when that happens. 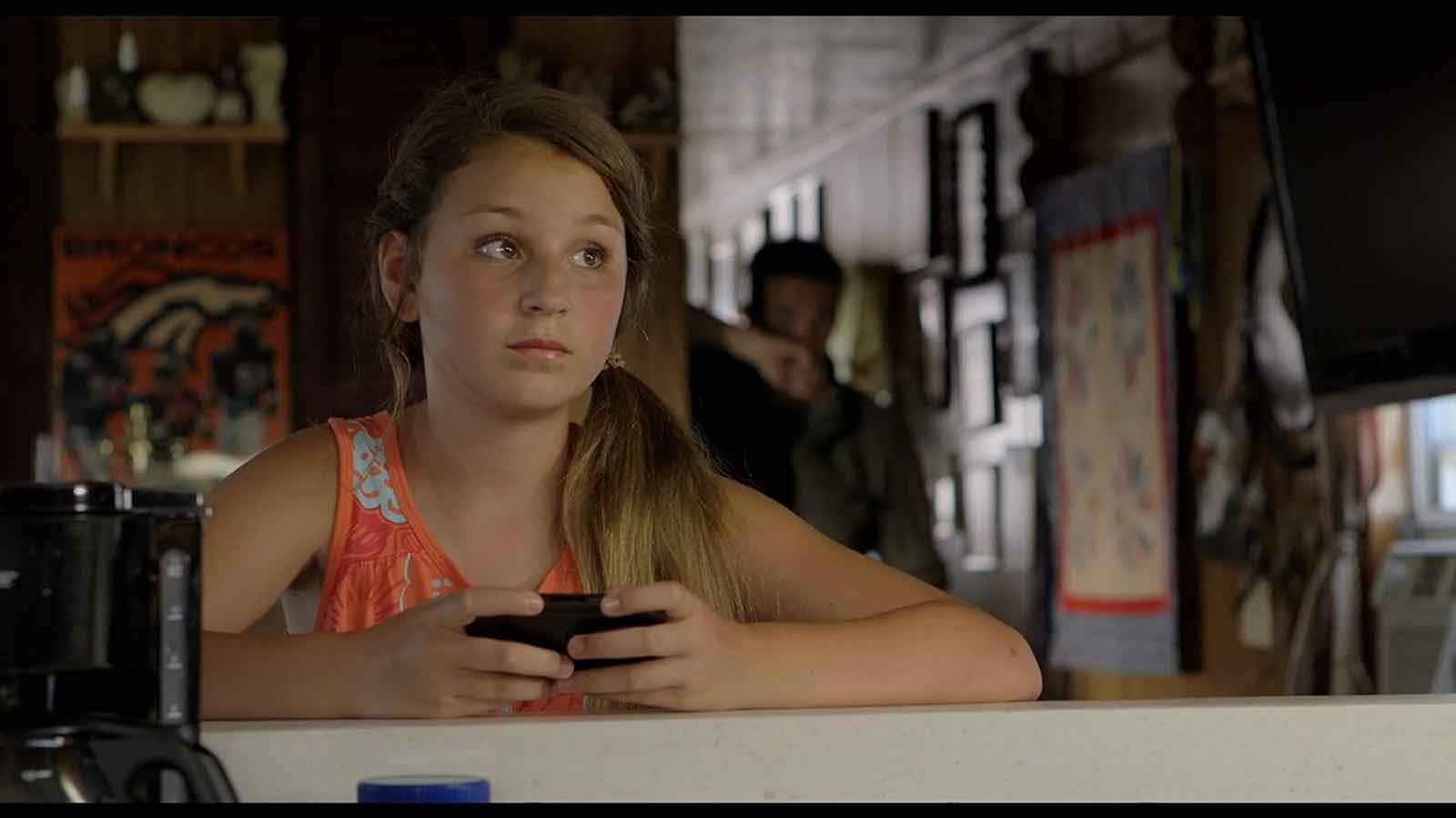 I really hope so. I would love to work in that space.

What’s your five-year plan?
Make more films. Make a big sweeping piece of American cinema with Brad Pitt. Get my kids through college.

Linda Goldstein Knowlton, who’s amazing documentary We Are the Radical Monarchs is winning all sorts of awards; Ilir Pristine, a new filmmaker out of Toronto and his very Nouvelle Vague-ish film Florrie;  and Edgar Pablos who is doing amazing work in the American-Latino space.

That one’s easy: Nino Rota. It’s worth saying we should all revisit Fellini’s films now.  The culture we live in now makes them really easy to relate to.