Adult Swim knows exactly how to build up hype, and the Rick and Morty team have certainly proved exactly that in their latest tweets to build up enthusiasm for the show’s season 5 finale.

In the latest post, the Rick and Morty fan base got to enjoy an amazing clip of both the mad scientist and his clueless grandson, but this time with a twist and the addition of some special guests. Let’s take a look at what fans are freaking out over here.

Could Adult Swim be planning a live-action version of Rick and Morty? While we’re not sure this possibility could be turning to reality anytime soon, the Rick and Morty team did tease this concept to fans of the show on Twitter on September 3rd. While trying to build up some hype and excitement for the show’s season 5 finale, the creative team put together a live-action reenactment of the show, and included some special guests.

We’re surprised that Adult Swim was able to get such perfect actors for the roles of Rick and Morty, and we really don’t think there could have been any better picks for the live-action than the ones that they chose. The official Rick and Morty account on Twitter shared a hilarious clip of the grandpa and grandson played by the legendary mad scientist Christopher Lloyd and teen actor Jaeden Martell. Look at the flawless cast!

In the clip, a room that looked identical to the recognizable garage or otherwise the scientist’s lab owned by Grandpa Rick can be seen as the infamous green portal immediately flashes on the screen. Out walks Rick and Morty played by Christopher Lloyd and Jaeden Martell, looking as on-brand as ever to their own characters. After all, Christopher Lloyd even lets out the iconic burp that Rick always does. We love to see it!

The very short clip may have only lasted fifteen seconds, but this was enough from Adult Swim to get Rick and Morty fans as excited as ever for the finale episode of season five. In all honesty though, we were all already as hyped as ever anyways, but this was just the cherry on top! And may we also once again emphasize just how perfect the casting choices were? Actor Jaeden Martell played the nervous and antsy Morty so perfectly.

Aside from that, Christopher Lloyd played Rick effortlessly, as we all already know he’s had tons of experience playing a crazy scientist in the past from his iconic role in the Back to the Future film franchise. The actor even shared and retweeted the video himself on Twitter with a simple “Surprise!” to his fans. The star then added: “GREAT SCOTT MORTY!”. Yeah, Rick and Morty fans are definitely freaking out for sure! 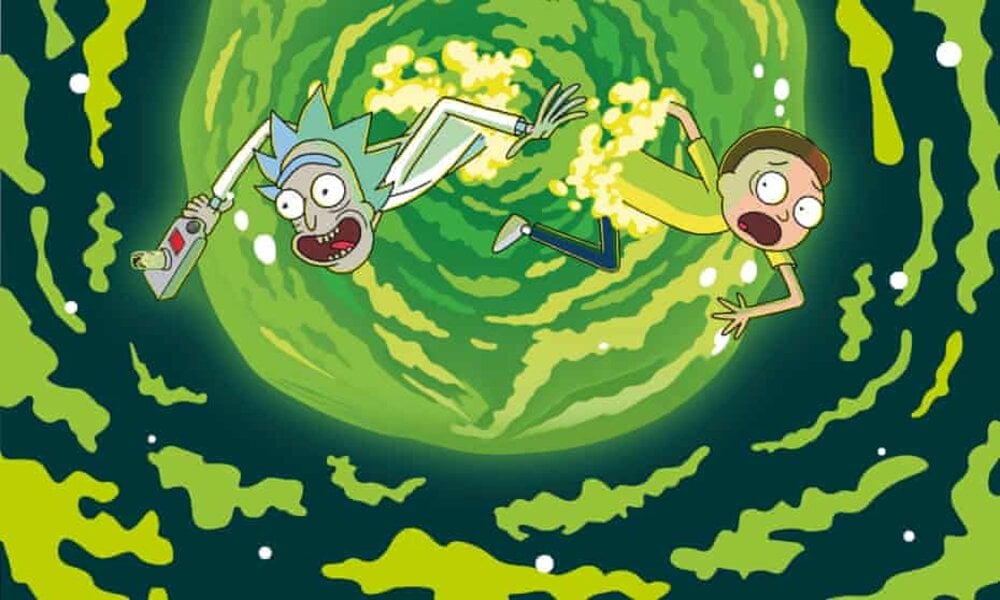 In all seriousness, now all we need is Christopher Lloyd and Jaeden Martell to get on board with Adult Swim to make a real live-action Rick and Morty special for us. Come on, it’s just what the fans need! You can’t give us the iconic Christopher Lloyd as Rick and then take it away from us just like that! At least for next time, we want more than just a short fifteen seconds of the live-action.

While we’re not positive if we’re going to get an actual live-action, we certainly can’t rule out this possibility quite yet. After all, the fans are loving it as so far, the post has garnered over 80,000 likes and 19,000 retweets. That right there is real love. We’re sure that fans are now more ready than ever to tune in to the Rick and Morty season five finale on September 5th. We can’t wait to see what the finale episode will bring!