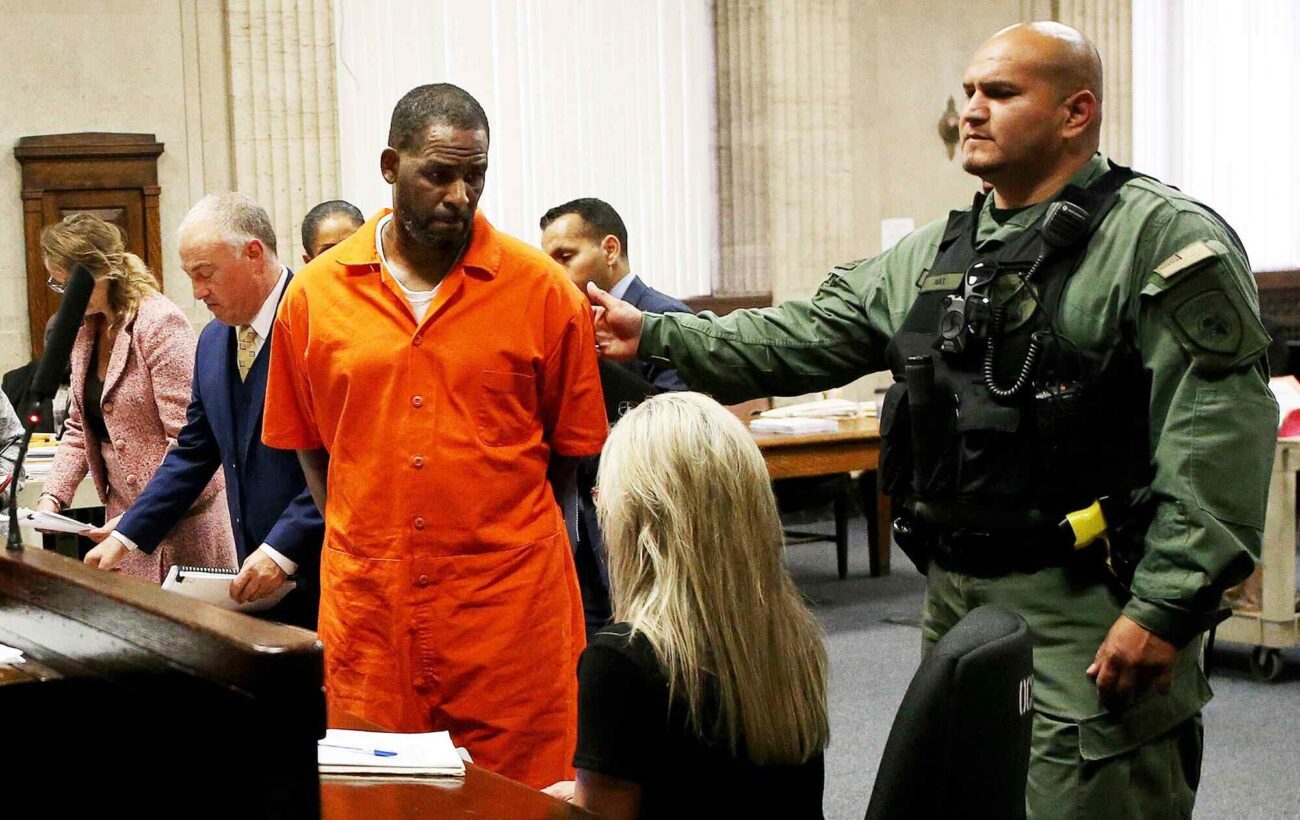 Is R. Kelly facing life in prison after the trial?

Kelly was once one of the most respected artists in the R&B music scene, as the singer, songwriter, and record producer won three Grammy awards throughout his career and made hit songs that topped the charts. Now, the fifty-four-year-old no longer will be remembered for his music, but rather for the horrible and sick crimes he was officially found guilty of in court on Monday. So is singer R. Kelly finally in prison now?

The “I Believe I Can Fly” singer was officially convicted on all nine counts that were made against him, so of course R. Kelly is set to spend a long time in prison, but just how long? From everything he’s done, we’re hoping that he’ll be spending a lifetime there. Let’s take a look at everything the R&B artist was accused of, all the horrible acts he was found guilty of, and all of the other horrifying details on the R. Kelly trial here. 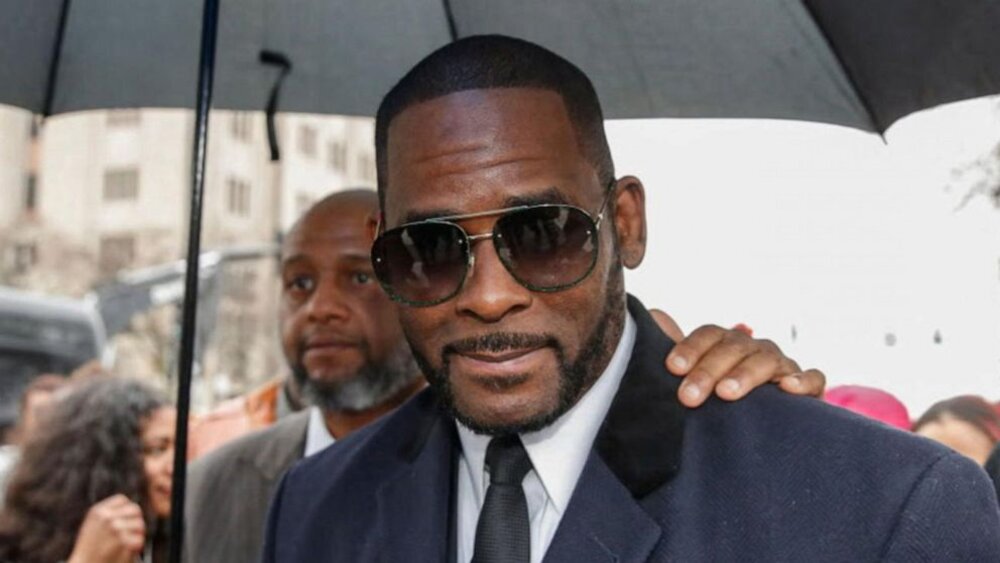 What was he found guilty of?

On Monday, R. Kelly was found guilty of sexually abusing women, boys, and girls in the past decades throughout his career. The star was convicted on all nine counts that were made against him, one that included racketeering and violating the Mann Act, which states that transporting “any woman or girl” across state lines for the sake of any “immoral” purposes was prohibited. So just how long will R. Kelly be in prison for?

We won’t find out just how long R. Kelly will officially be locked up behind bars until his sentencing on May 4th, 2022, but we do know that the star is currently facing ten years to life in prison. The month-long and highly publicized trial took place in a federal courthouse in downtown Brooklyn, where prosecutors accused R. Kelly of being a “predator” that used his high status, fame, and employees to prey on young victims.

Throughout the span of nine hours in a total of two days, a jury of seven men and five women discussed his trial before they reached a unanimous verdict. When the official verdict was read out in court, the R&B artist was reported to look solemn and “stone-faced” sitting with his legal team as he wore a blue suit and white mask. Clearly, the star was not happy with the verdict, but we’re glad to see he’s getting his due justice. 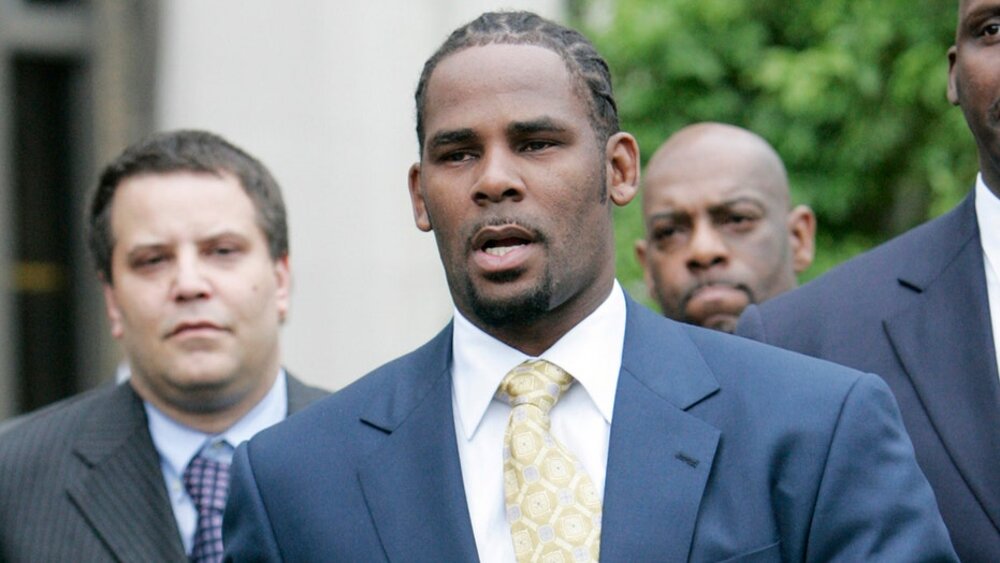 Of course, this trial is one that shocked tons of fans. In the official opening statement made last month by Assistant U.S. Attorney Maria Cruz Melendez, the attorney specified: “This case is not about a celebrity who likes to party a lot. This case is about a predator”. U.S. Attorney Jacquelyn Kasulist also said outside of court after the verdict: “To the victims in this case, your voices were heard, and justice was finally served.

“No one deserves what they experienced at his hands. Or the threats and harassment they faced”, Jacquelyn Kasulist added. Gloria Allred, who represents one of his many victims, read a statement out loud outside of the Brooklyn court that was written by the client Allred represented who identified as Sonja. Gloria Allred read: “R. Kelly is the worst for many reasons. First, he used his power of his celebrity to recruit vulnerable underage girls”. The attorney also expressed the relief that Sonja felt from the verdict.

Sonja wrote: “I’m happy with the verdict, and thankful that the jury listened to us. I’ve been hiding from Robert Kelly in fear, due to threats made against me, and I’m ready to start loving my life free from fear, and to start the healing process”. On top of these crimes, R. Kelly has more criminal charges on him outside of New York that can result in more jail time, which include accusations of engaging in prostitution in Minnesota.