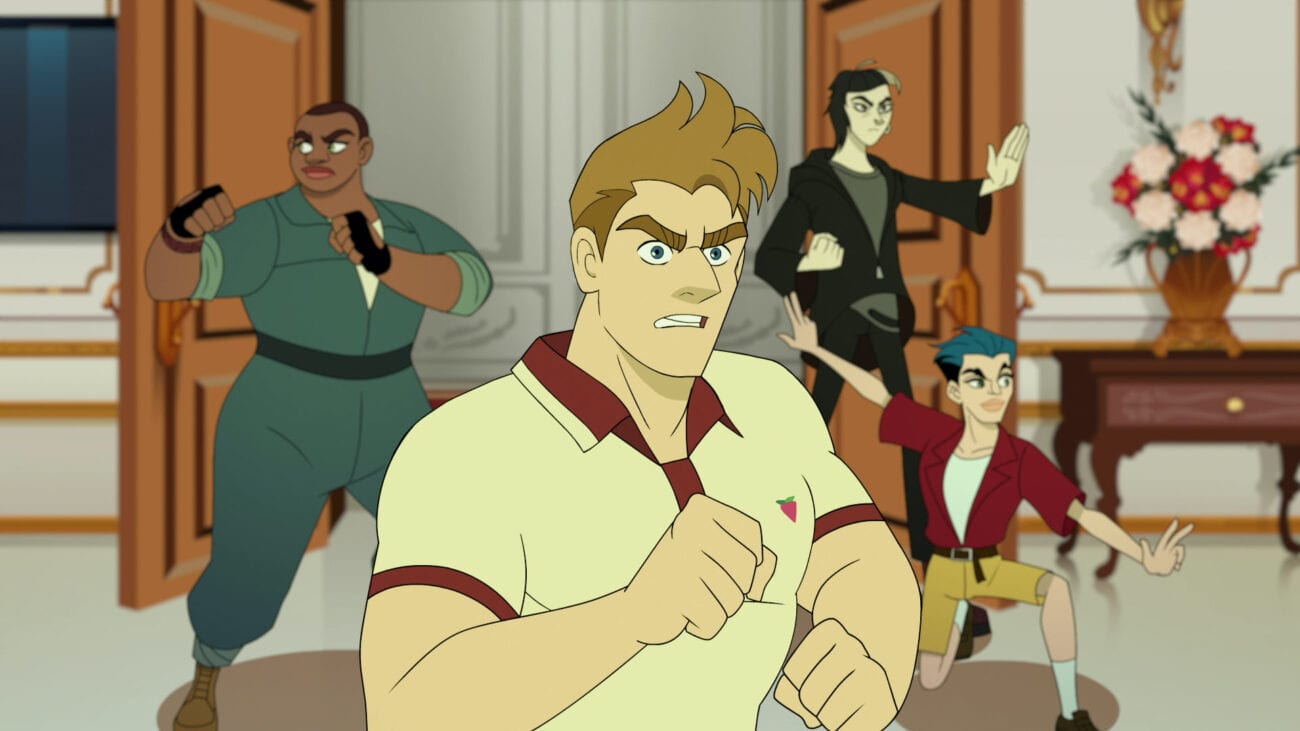 Back in April of 2019, Netflix announced a new animation comedy series being developed for the platform. Created by Sean Hayes & Michael Schur, Q-Force follows the exploits of an undervalued team of LGBTQ superspies. The main character is Steve Maryweather a.k.a. Agent Mary.

Like everything else in the world, Q-Force had its release delayed to the COVID-19 pandemic. Now, though, the series is in full production, and it’s set to drop on Netflix this September. Earlier today, Netflix released a teaser trailer for the animated series, along with new casting announcements.

Get ready to get hyped. We’re here to catch you up on all things Q-Force ahead of its premiere. 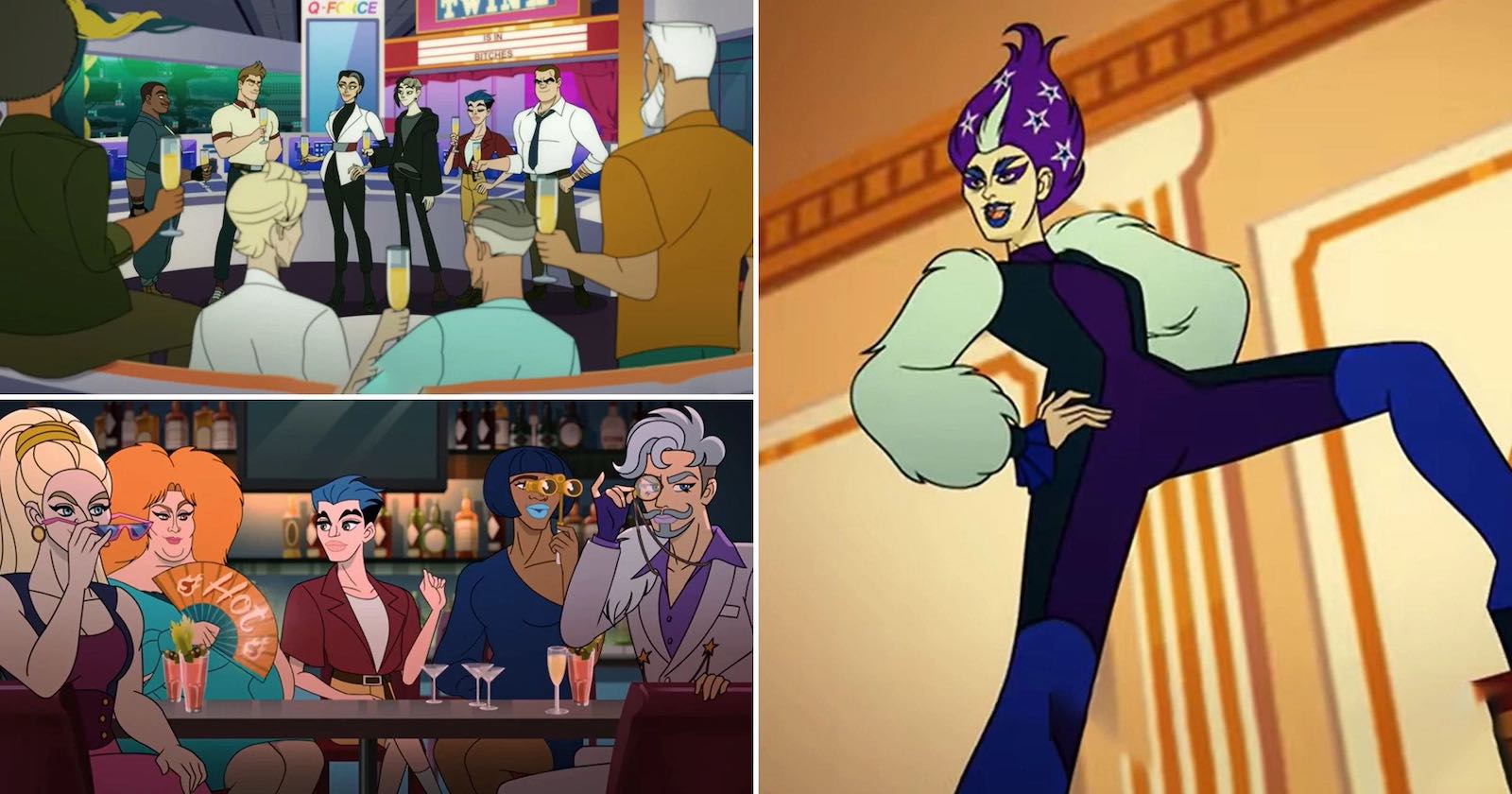 Writer Sean Hayes and producer Todd Millliner have said they thought of the basic premise for Q-Force quite a while ago. The two wanted to make a spy series with a gay leading man, but they weren’t sure if studios would get behind the idea. When Michael Schur became friends with Sean Hayes, they started working on the project together. Netflix ordered ten episodes of the animation series in 2019.

When Q-Force arrives on Netflix, fans will meet Steve Maryweather. He was once the Golden Boy of the American intelligence community, but he lost favor with his agency when he came out as gay. Maryweather was sent to West Hollywood and sidelined on all missions.

Luckily, Agent Mary isn’t content to spend his career in obscurity. He puts together his own crew of agents and works to prove himself to the agency. On the team are mechanic Deb, master of disguise Twink, and expert hacker Stat. In order to get approval for real missions, the team is forced to accept straight-guy Agent Buck.

The cast will also include Gary Cole voicing the director of the American Intelligence Agency that employs Agent Mary and his team. Laurie Metcalf play’s the director’s second in command, and she has a particular soft spot for the Q-Force. Agent Mary’s love interest, who will often find himself in perilous situations thanks to his ties to secret agents, will be voiced by Gabe Liedman. 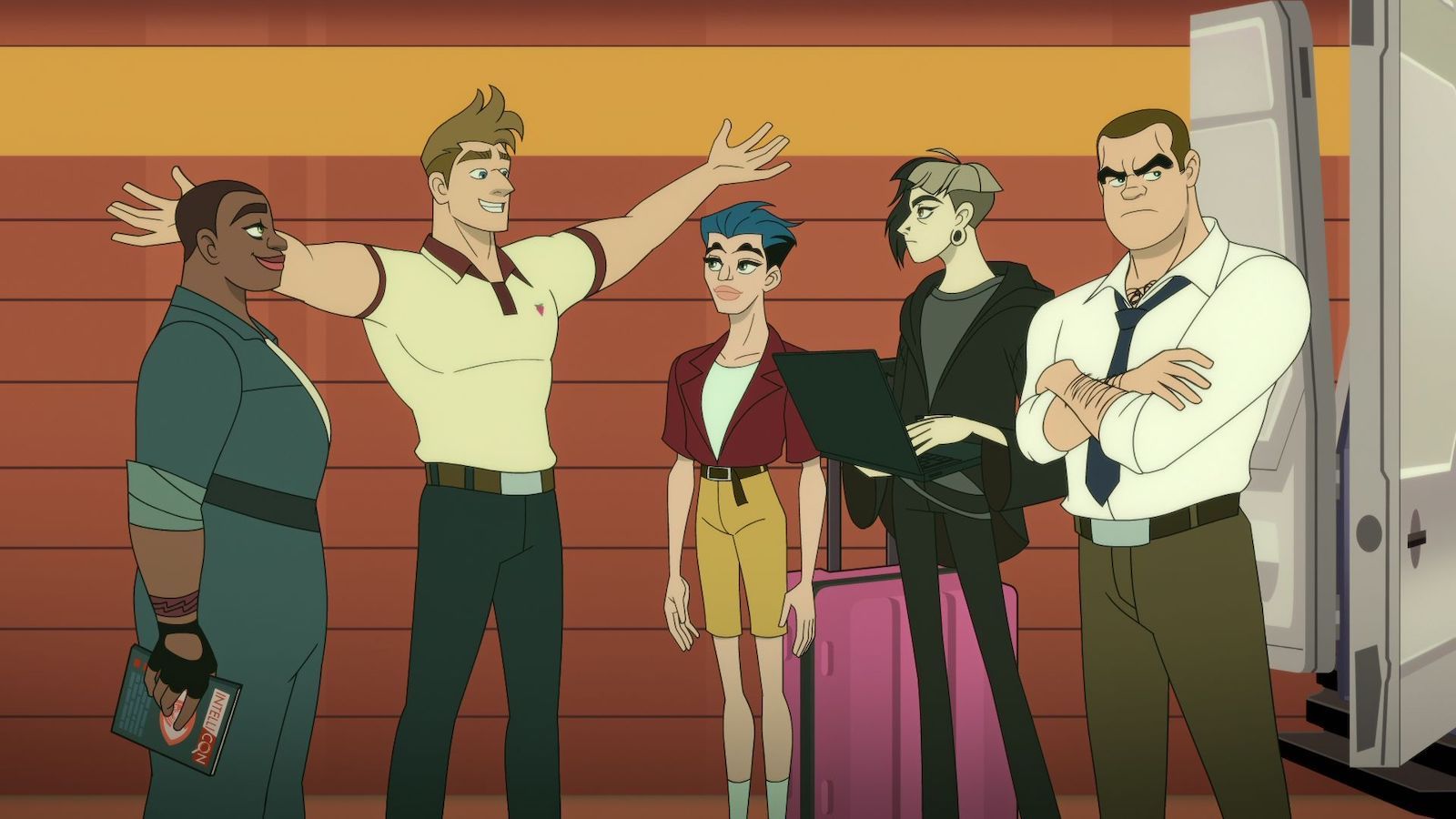 On June 23rd, Netflix released the first teaser trailer for the new series. It is jam-packed with character introductions and hilarious introductions. The trailer comes in at under fifty seconds, but it still manages to build a ton of excitement for the upcoming show. Now all we have to do is count down the days until Q-Force’s arrival.

Sean Hayes has said that one of his reasons for pursuing animation over live-action for his series is the ability to get away with more than a live-action budget would allow. So, you can expect plenty of exciting locations, over-the-top action, and superspy gadgetry packed into every episode of Q-Force. The trailer doesn’t even show the tip of the iceberg of what’s to come.

Judging by reactions on Twitter, the streaming giant might have a brand-new hit on their hands. Q-Force could be the platform’s next BoJack Horseman. Right now, the series is scheduled to release in its entirety on September 2nd. Until then, would-be fans will have to satisfy themselves by watching Netflix’s trailer over & over again.

Are you already getting pumped for Q-Force? Which character are you most excited to see more of when the show arrives this September? Tell us what you’re most excited about in the comments!