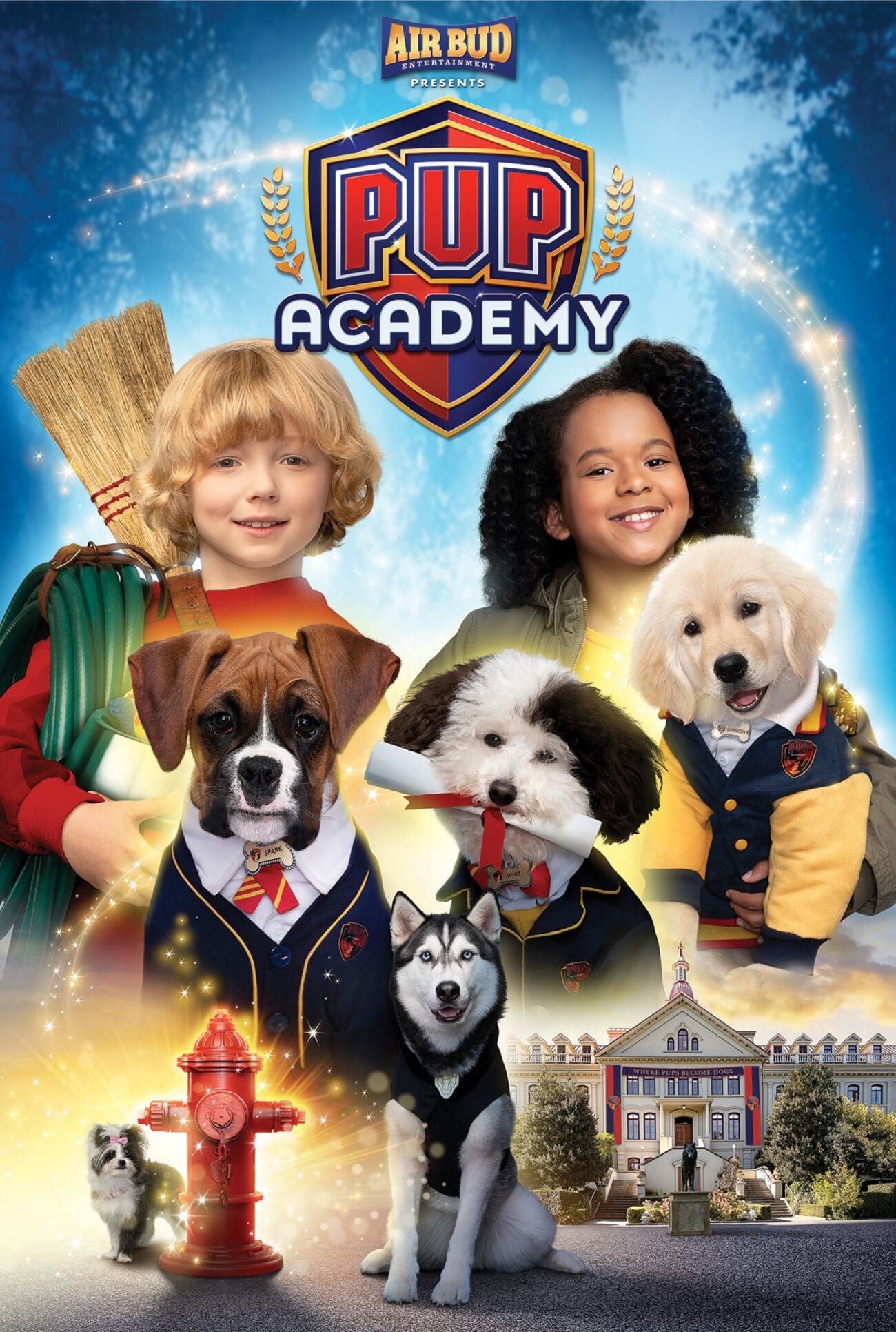 All the reasons you need ‘Pup Academy’ in your quarantine

That’s the motto of the newest and cutest canine show out there. Pup Academy is a show about the bond between human and pup. Dog being man’s best friend has never seemed more important than in this show. In light of the downer days of quarantine, we all could use a fluffy pick-me-up, even if you’re not of the offspring-having variety of human. 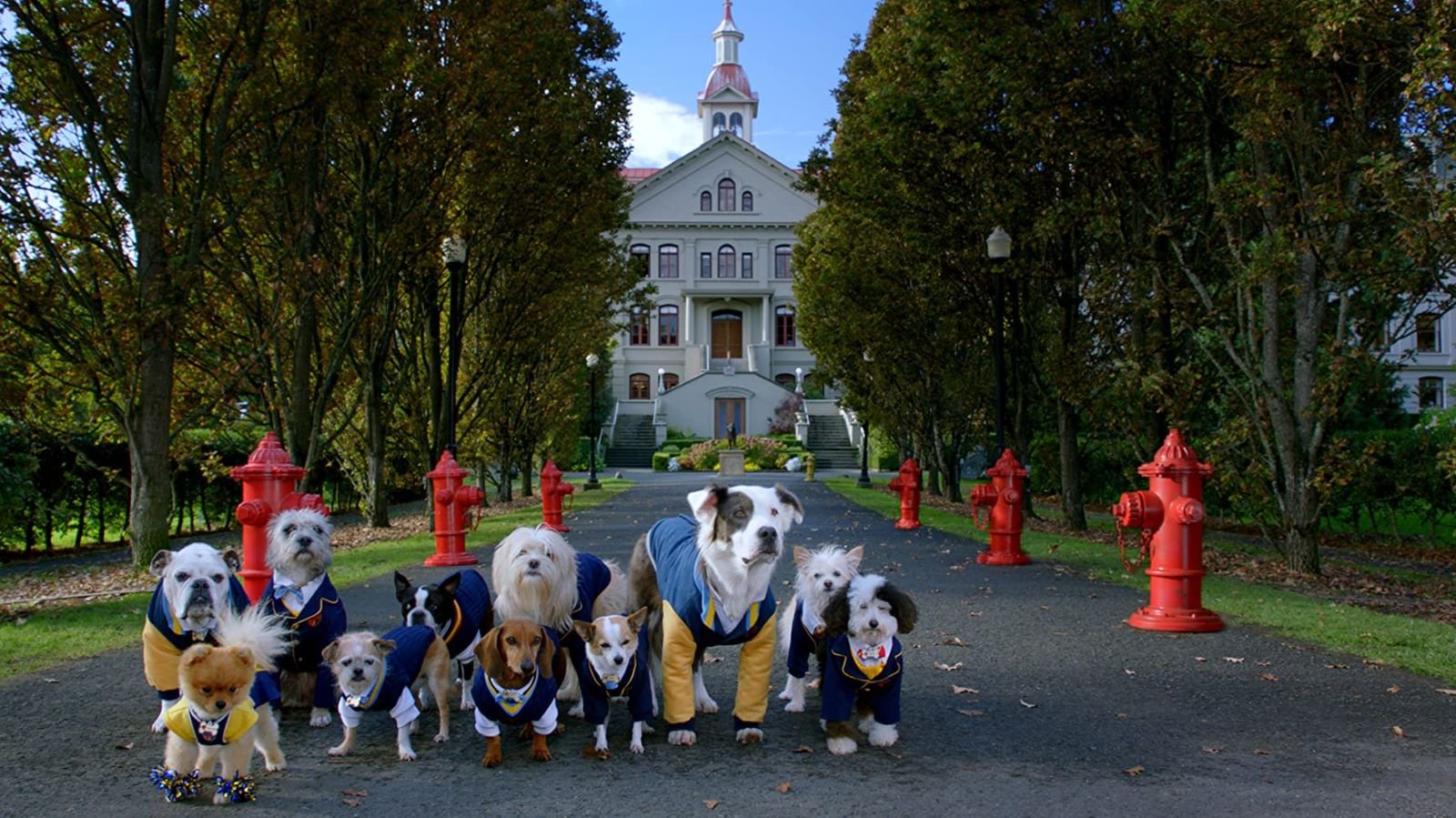 If you’re a fan of Air Bud then this Air Bud Entertainment show will get your tail wagging with its G-rated humor and abundance of adorable dogs. There’s even a dog named D.O.G. The corniness in the show just never stops, but in a good way. Best of all, it’s definitely safe for any younger residents in your household. Pup Academy is absolutely family-friendly.

Let’s dive into the reasons Pup Academy should land on your watchlist.

The premise of the show is that the bond between humans and dogs is weakening because humans are becoming more and more distracted by technology. Three lucky pups are selected to join the elite Pup Academy in order to bolster the academy’s efforts in keeping the bond alive.

These three dogs are unconventional picks for new students at Pup Academy because of their various quirks, but each dog will learn how to contribute and even save the fate of the school. As the puppies learn how to execute their canine destinies, each one learns lessons about themselves and their relationship with humans along the way. There are a thousand moments your heart will be going “D’awh!” while watching this show. 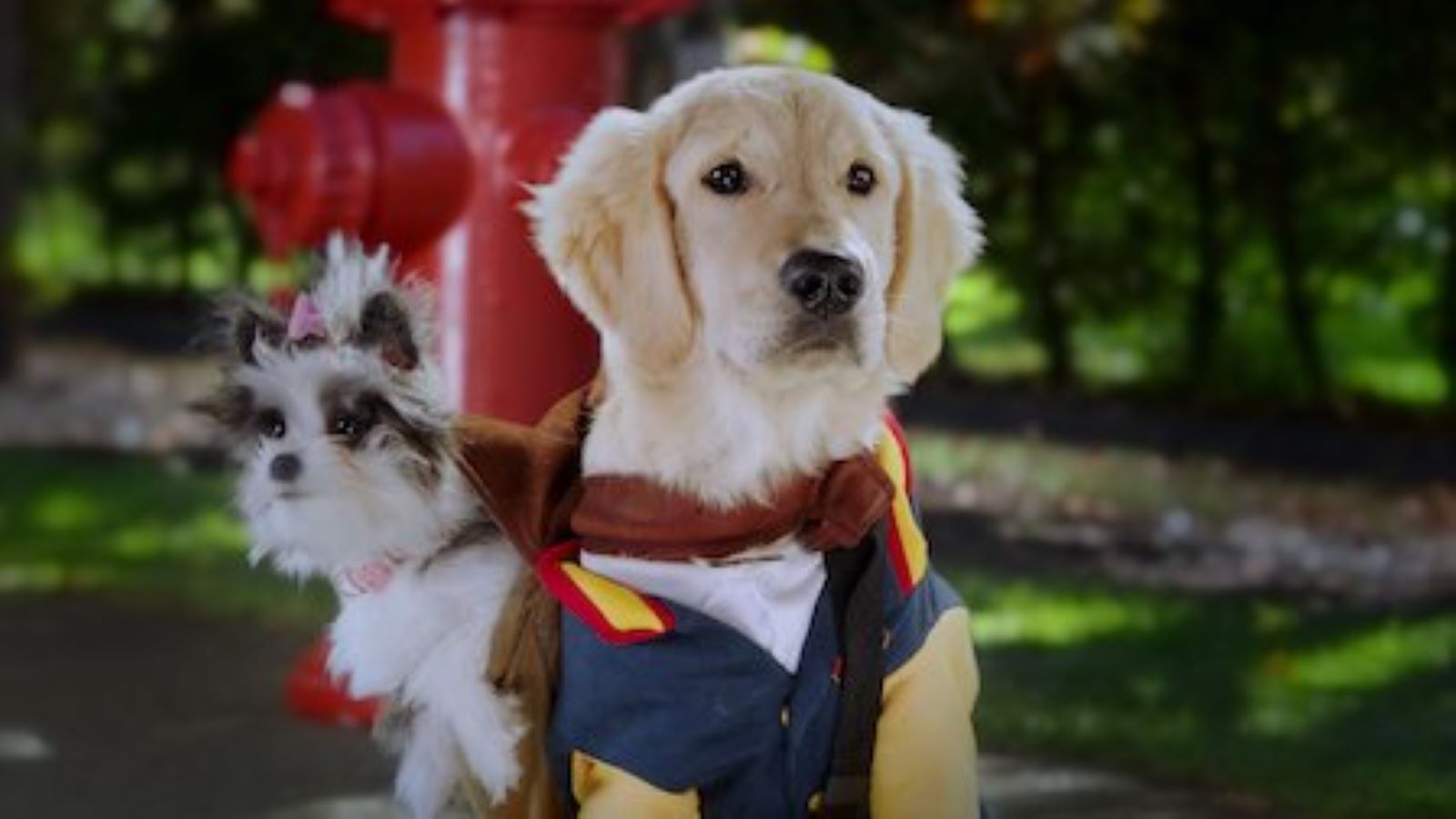 Do we really need to convince you why watching hours of sweet balls of fluff is enjoyable? Who doesn’t love dogs? Even canine spurners can get behind a show like this because they don’t have to deal with the allergies or slobber that might otherwise steer them away from dogs.

A golden retriever here, a boxer there. There’s no end to the dog party! You could play a game on who names the breed of dog the fastest and make the show even more fun to watch. Seeing dogs in real life is fun enough, but when watching dogs talking to each in live-action animation there’s just no end to the amusement. 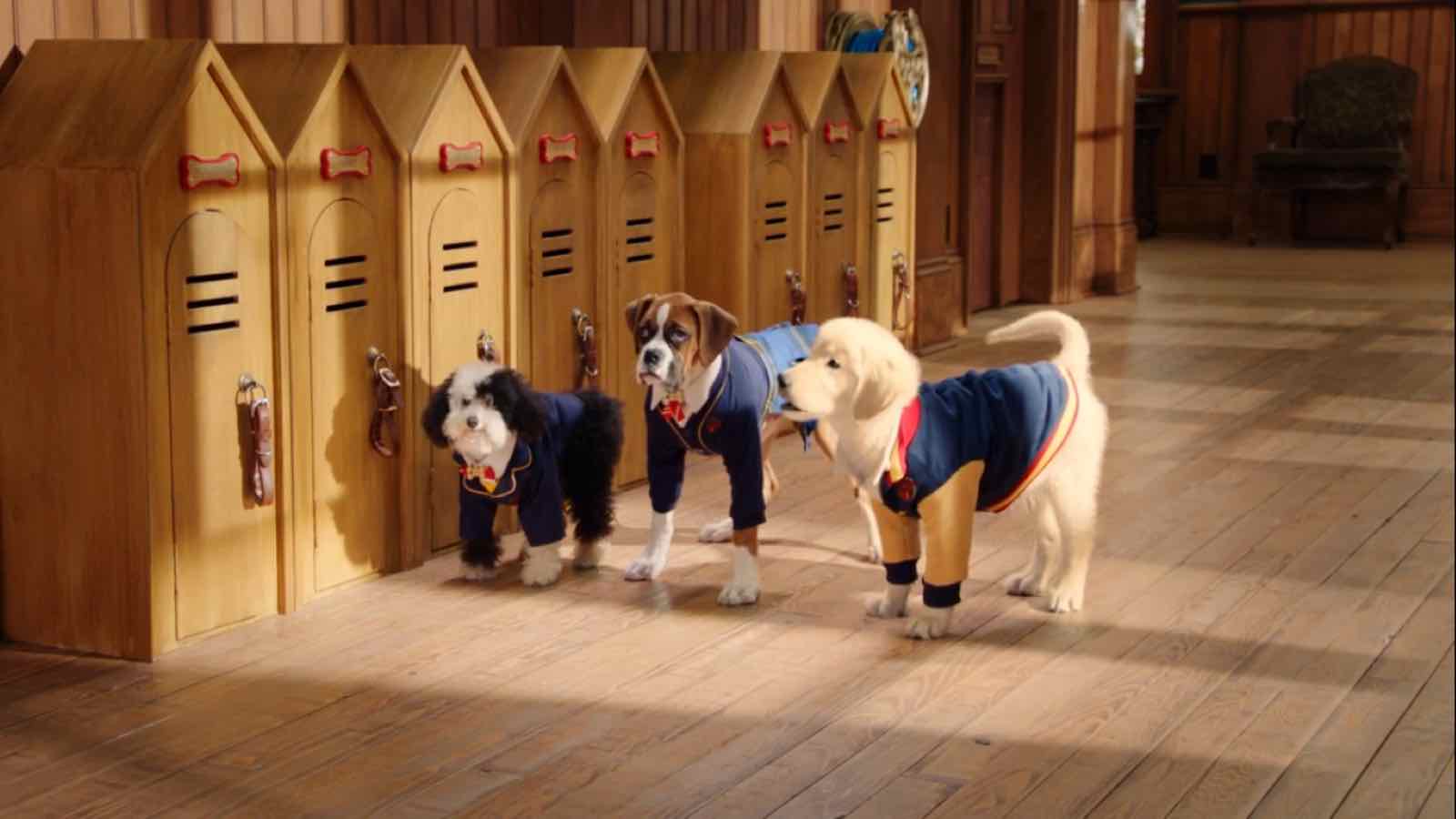 The puppy characters in Pup Academy are comical

It’s already funny to watch dogs speak English, but add to the mix each main character’s personality and you’re up for episodes of fun. One main character is a golden retriever, one a sheepdog, and the other a stray boxer. The creators of Pup Academy were clearly very intentional about selecting who to play the leads. You don’t really think of diversity applying to dogs, but you can see how it does in this instance.

The golden retriever, Corazon, is a goofy guy with the attention span of a goldfish. He’s full of energy and is used to helping his girl owner attempt to make her dreams of filmmaking come true by posing for her doggy videos. 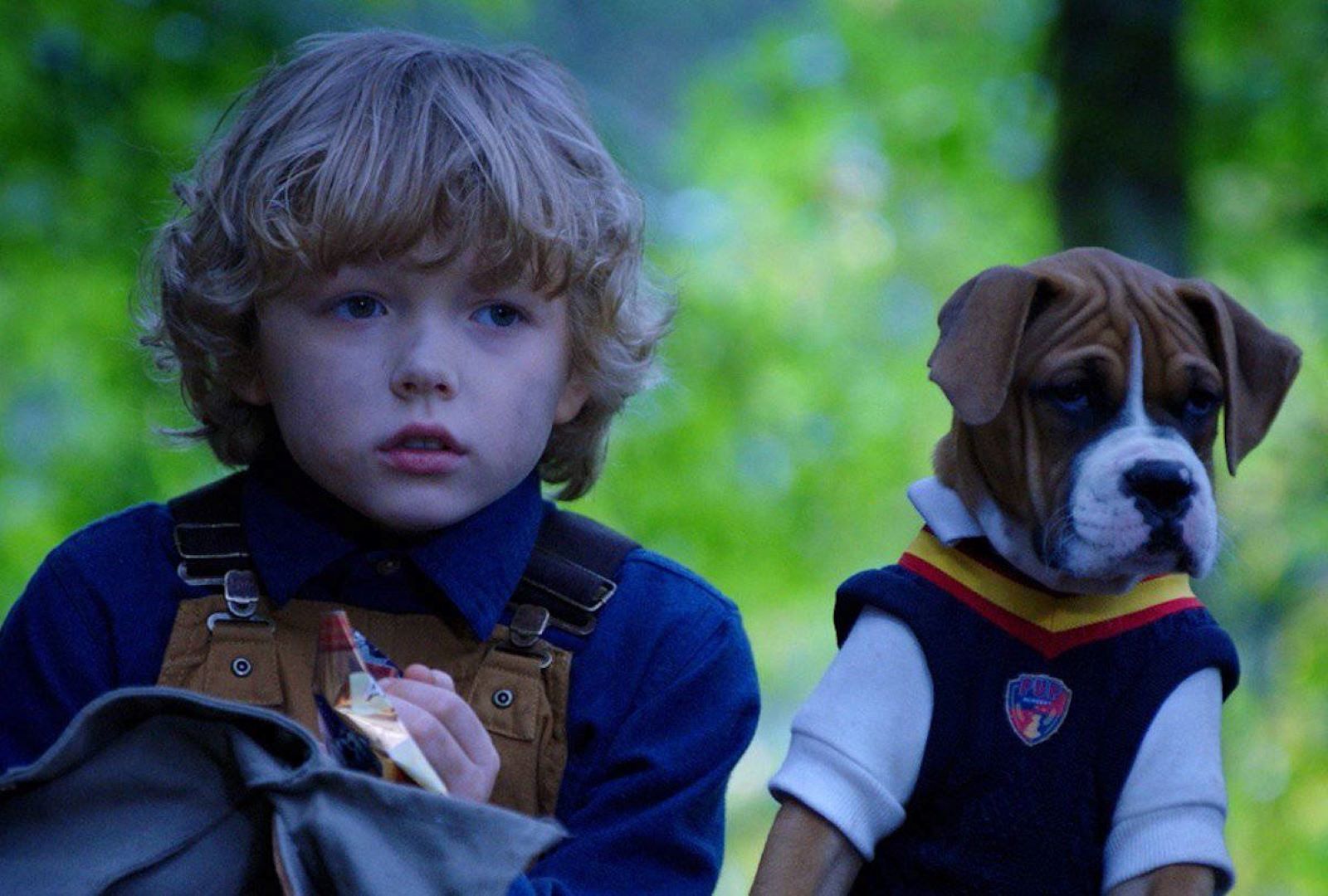 The sheepdog is a skittish, dorky character named Whiz who is afraid to herd the sheep he was born to guide. Whiz will have to learn to conquer his fears and use that brain of his if he’s to grow in Pup Academy.

Last but not least, we have Spark, the stray boxer with a willfully independent streak. She’s had to learn to fend for herself on the streets so she has to battle trust issues and doubt when getting used to Pup Academy. You’ll enjoy watching all three pups blossom into puppy heroes as the show progresses.

Pup Academy brings you heartwarming stories and puppy cheer. Go check it out on Netflix!