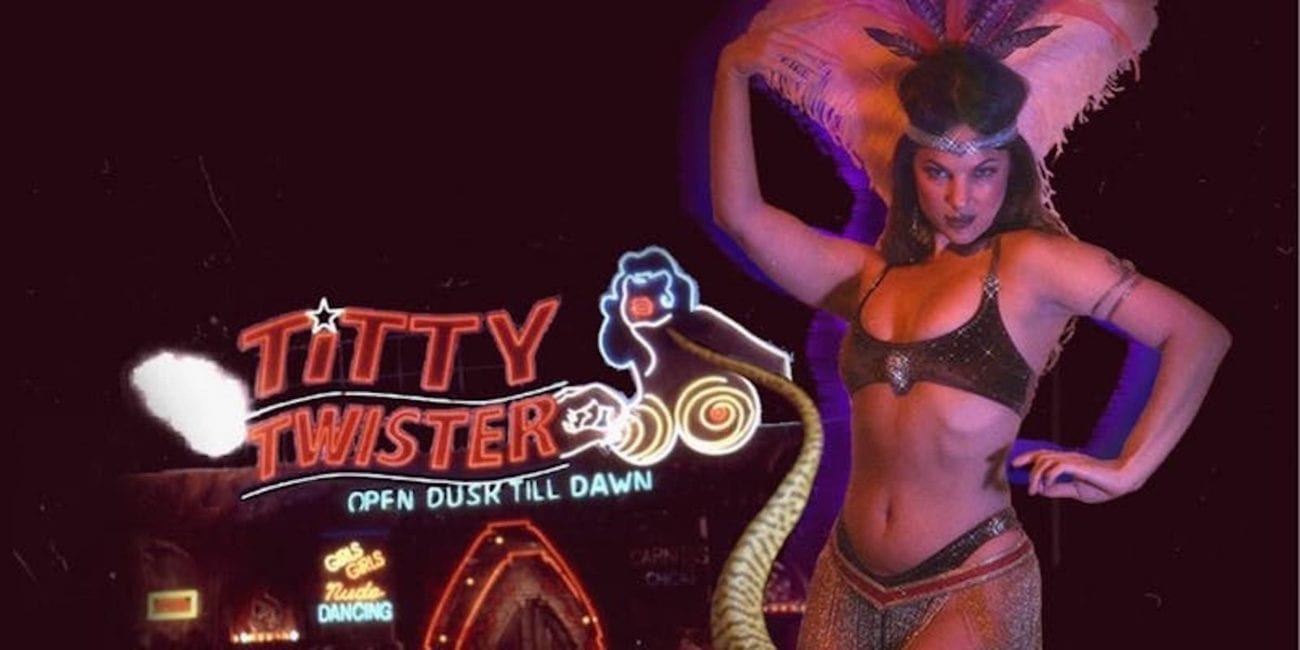 Acrobats, lounge singers, burlesque performers & snake dancers transform Club Bahia into the iconic bar in From Dusk till Dawn. Tarantina, the world’s only burlesque show based around the cinema of Quentin Tarantino is returning to Club Bahia.

Since January, the monthly cabaret showcase has celebrated all things Quentin Tarantino, where world-class acrobats, lounge singers, burlesque performers and more pay honor to the iconic femme fatales that have enthralled, terrified and seduced us in films like Pulp Fiction, Reservoir Dogs, Kill Bill and beyond.

Attendees enjoy special Tarantino-themed cocktails and an authentic 80s dive bar atmosphere with the two-act show before dancing the night away to Tarantino soundtrack classics after the final performance. 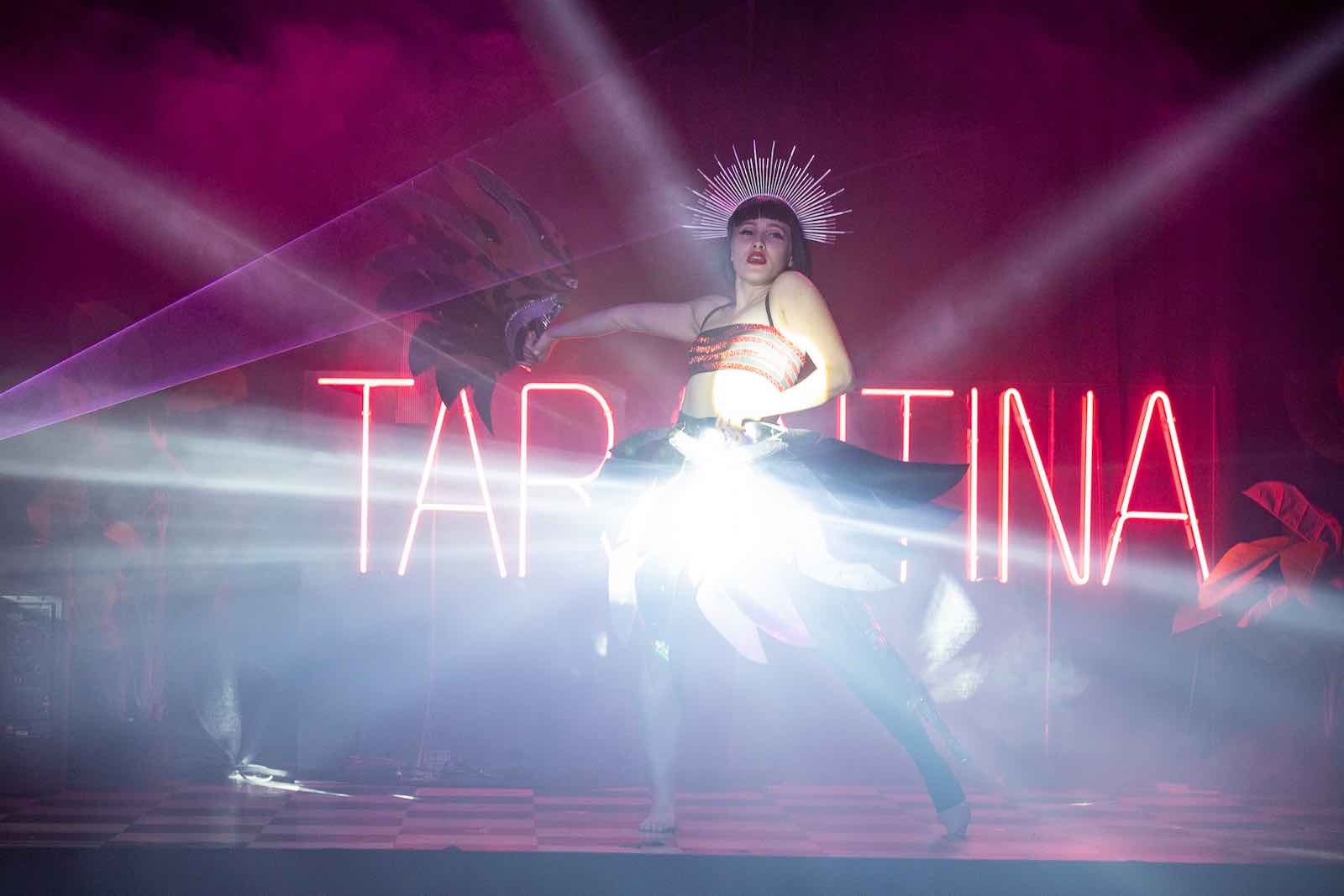 Tarantina brings the femme fatales from Tarantino flicks to life! This show celebrates the very best of Tarantino girl power: his heroines have slashed, kicked, punched and seduced their way into our hearts and we are here to pay homage to them.

Eat your hearts out all ya burlesque bootlickers, be film buffs and movement maniacs! Tosca Rivola was thrilled to present the next edition of Tarantina: Titty Twister, which took place on stage October 17, 2019 at Club Bahia in Echo Park, Los Angeles.

Tosca Rivola is a professional performance artist specializing in Roue Cyr and Burlesque. She is a zero-generation immigrant to the US from Prague and recently founded Fatale Factory – a production company that curates stage shows like Tarantina with a foot in corporate entertainment producing for clients like Google, McLaren and Nike. 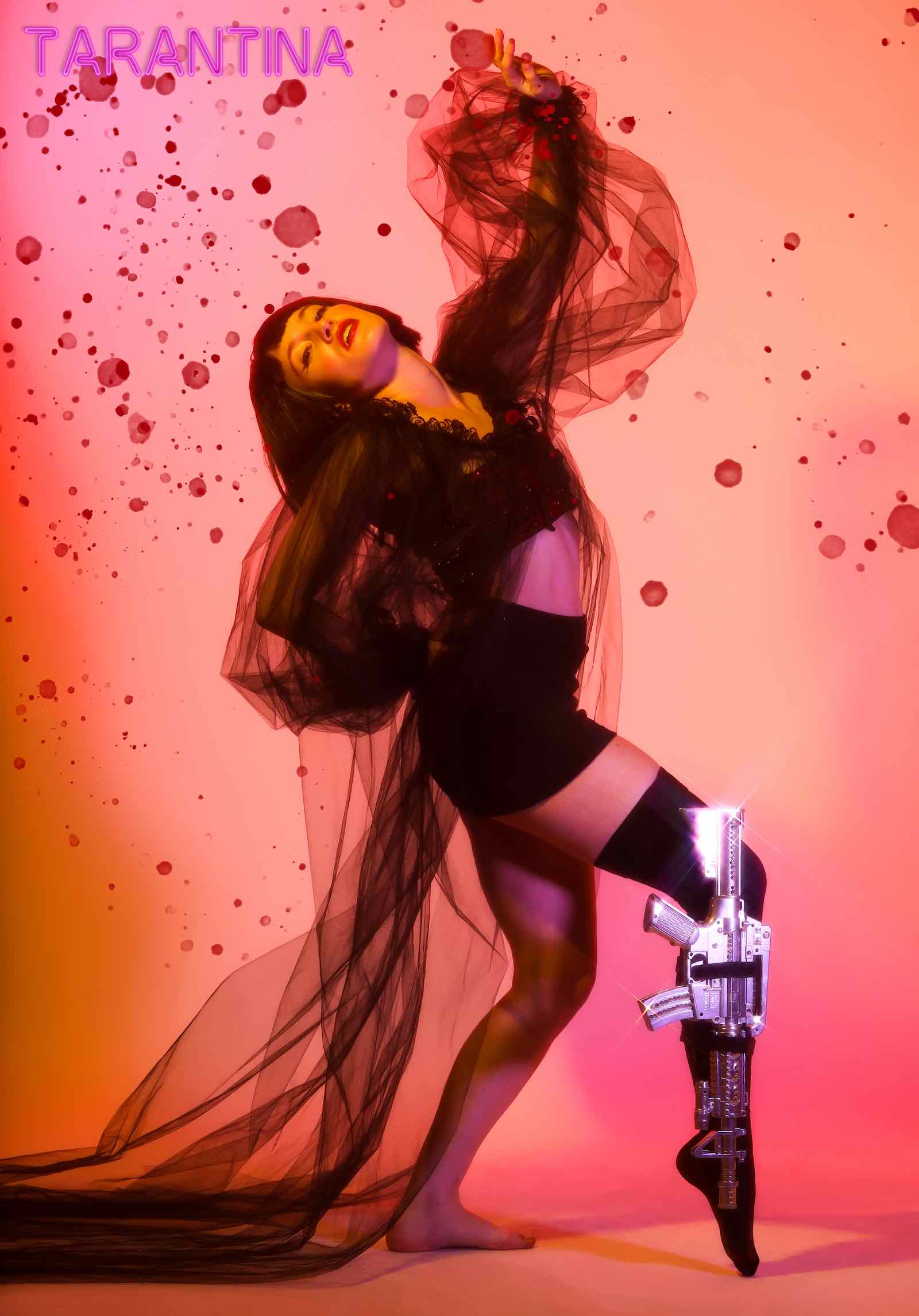 With a multicultural background, an insatiable appetite for aesthetic, and a refined technical skill set, she has produced a number of incredibly compelling performance for art-savvy audiences and corporate clients alike. She competed in the Wheel Gymnastics World Championships twice, was published in Rolling Stone Magazine and was crowned Miss Viva Las Vegas 2015.

Here we have an interview with Tosca Rivola, be sure to check her website for updates on her career and future shows.

Tell us about your history as a performer. How did you start your journey?

I started out with very little experience, honestly! I don’t have a background in gymnastics or dance but was very drawn to cyr wheel – the life-sized steel apparatus that I perform in now. I created my own prototype of it because it wasn’t readily available back then and experimented with movement on my own for a long time.

After about two years of training I ended up competing in the Wheel Gymnastics World Championships in Chicago and later Italy, after which I started refining not only my technical skillset, but also my costuming and styling, and proceeded to hold a few residencies in cabarets around Europe. 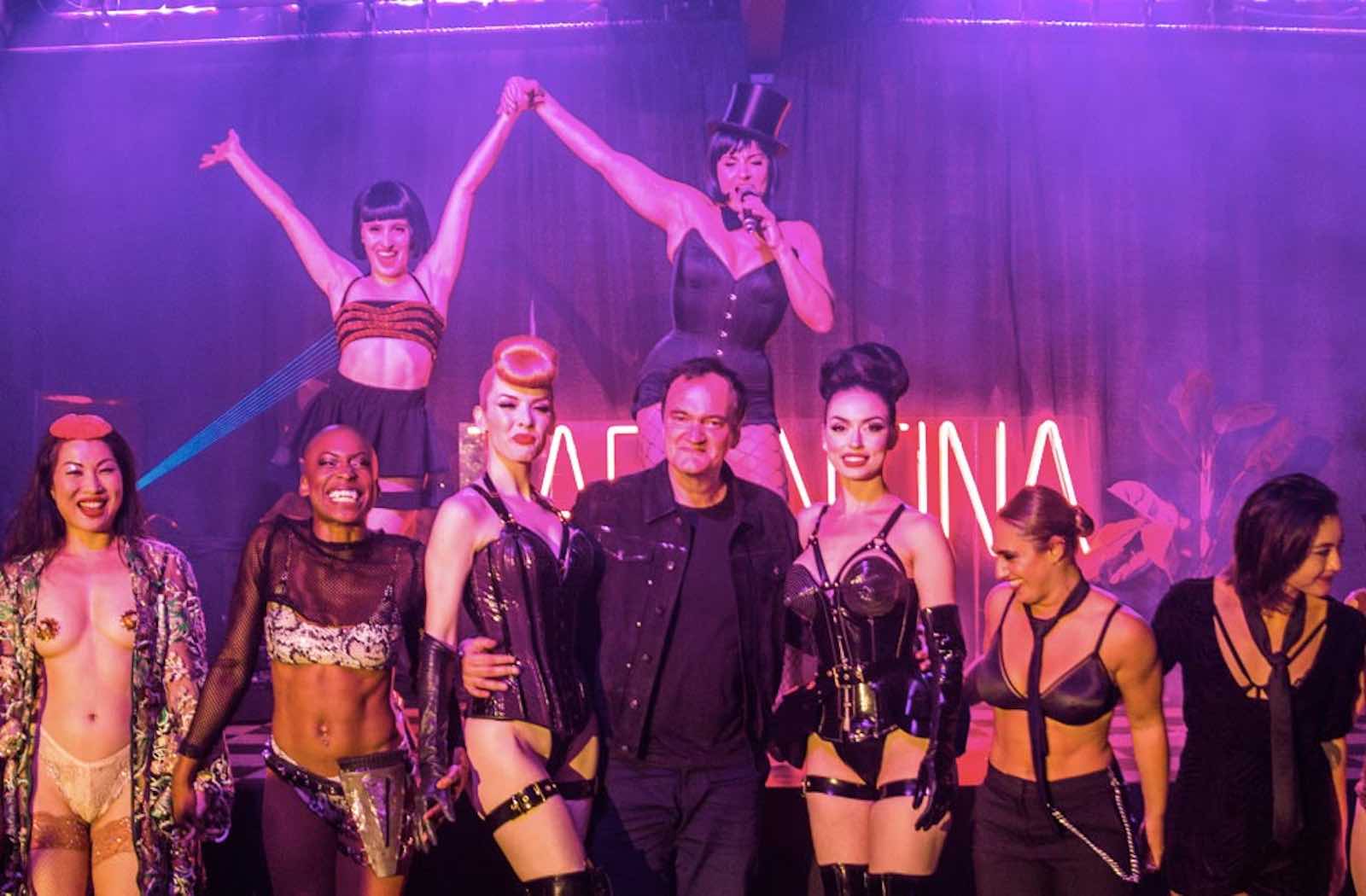 I would say Valerie Inerie – she was one of the only women performing cyr wheel back in 2010. There were a handful of men, who of course are fantastic as well, but I was always drawn to women performers because they bring a sensuality to an otherwise very difficult and technical sport.

How was working on Tarantina? What did you learn from the experience?

It has been very surreal! I remember when this show was a powerpoint presentation on my laptop that paired my friends Facebook photos with those Tarantino characters, and now about a year later Tarantino has attended, it has a mini cult following and sells out practically every time. It’s a project that brings me overwhelming joy (and some grief obviously because producing is annoying and hard sometimes).

Tell us about your career before you were a performer and producer.

I was a college student studying fine arts and advertising, and was pretty sure I’d end up working for an advertising agency when I was done, but kind of ran off with the circus instead. My degrees do come in handy running a small business because I do most of my own marketing and create the large majority of visual media you see floating around!

Where did the concept come from for Tarantina?

Firstly, I love Tarantino’s music selection and his incomparable female characters. I love that all of his tracks are just so movement-friendly, exhilarating and sexy. Secondly, my ex-boss pissed me off so much that I quit my job with him and made the ultimate revenge fantasy show.

At that time in my life, it was a really great distraction and way to let off some steam (and way cheaper than therapy—haha), but today it is a project that I’m very proud of and has brought a lot of positivity into my life and the lives of the folks who are involved with it! 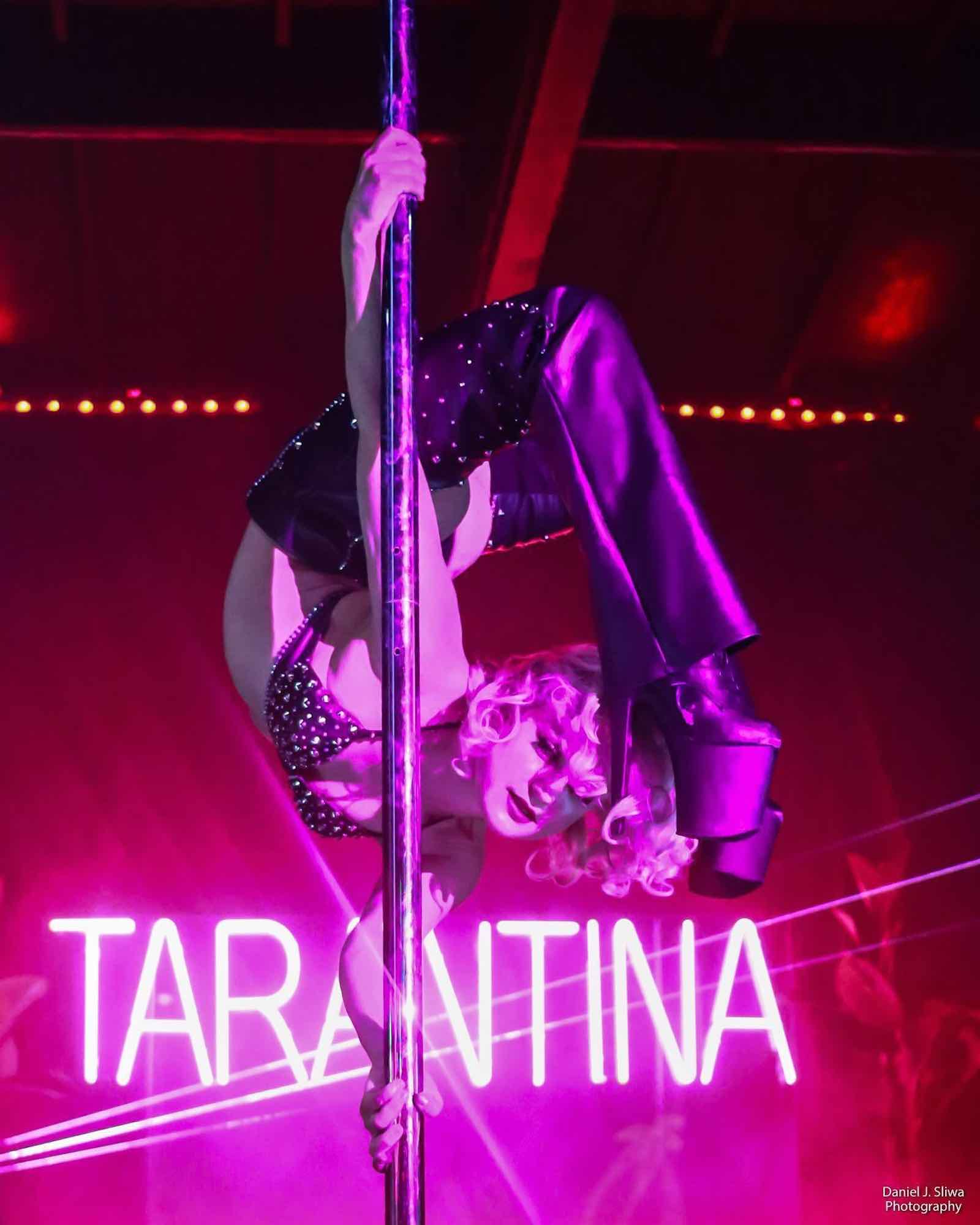 Once I have an idea I can’t not do it. At the very beginning I take photos and screenshots of details that I find inspiring in the world and on the internet that might fit into my larger theme, and then develop it from there. I try to never borrow more than just a minute detail from works I am inspired by, and try to create a product that feels new.

Of course for this show, we replicate characters from Tarantino’s films, but I try to reinterpret costumes in a new way and find interesting pairings of character vs movement by carefully casting dancers and acrobats.

What tips do you have for new producers?

I can’t really decide between growing your business slowly and responsibly or just sinking everything you have into it. I definitely just sunk a large percentage of my savings into Tarantina right from the beginning—it felt like the right thing to do.

Usually I am very strategic and play it safe, but I had never treated myself to a production of my own, having worked on many others’, so I just went for it with this one! Oh and also, the old saying “if you want it done right, do it yourself” holds true….

I love hats! I really enjoy all aspects of show creation. I like selecting music, working on choreography, designing costuming, designing advertising media, casting, location scouting, collaborations etc, the one this I must say I don’t enjoy that much is sales.

My heart isn’t in pushing tickets on people, but it’s gotten a lot easier since QT made an appearance (thank you QT). Now I can kind of sit back and do the creative processes I enjoy, and tickets sell themselves for the most part. 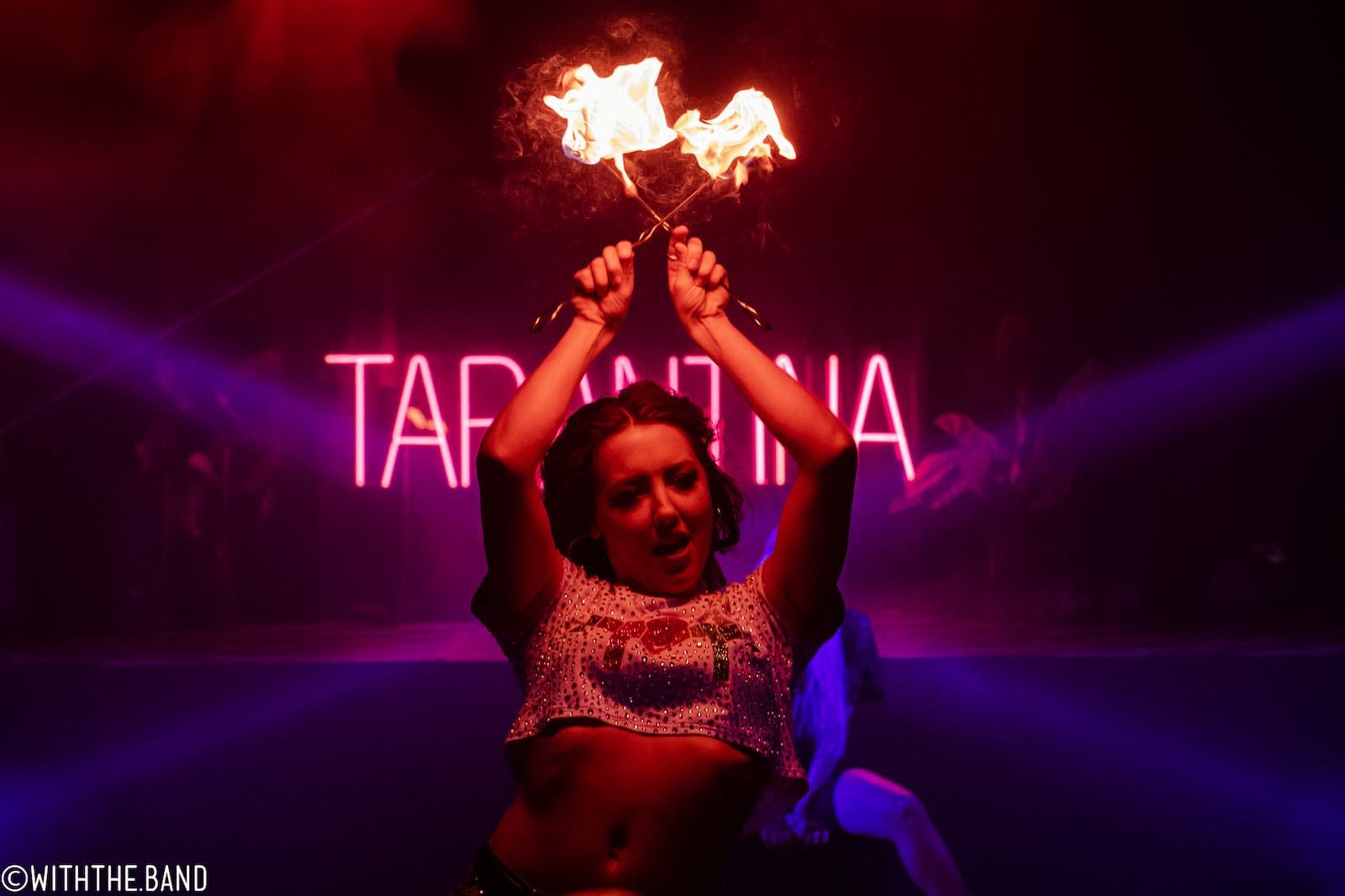 I am co-producing a thing with a producer friend of mine early next year, but it’s under wraps still.

I am kind of a loner when it comes to projects and learning stuff. I work best on my own and like to reach out to various experts for a tip or two, but I can’t say I’ve ever had a serious mentor in any discipline.

What’s your creative mission? Name the most important thing you want viewers to experience when watching your show.

I want it to instill confidence in women to do what they want to do with their lives and careers.

Tell us about Tarantino’s visit to the event?

It was everything I dreamed and better. He was walking into the venue while I was walking out that night, so by utter chance I was able to greet him and walk him into the theater myself and seat him.

Quentin gave my act a standing ovation. He came up on stage to take photos with the whole cast. He stayed all night and partied with us until we literally had to close the venue at 3am. And it was the technically cleanest version of the show—every single performer aced their act and the energy was just so high that night! 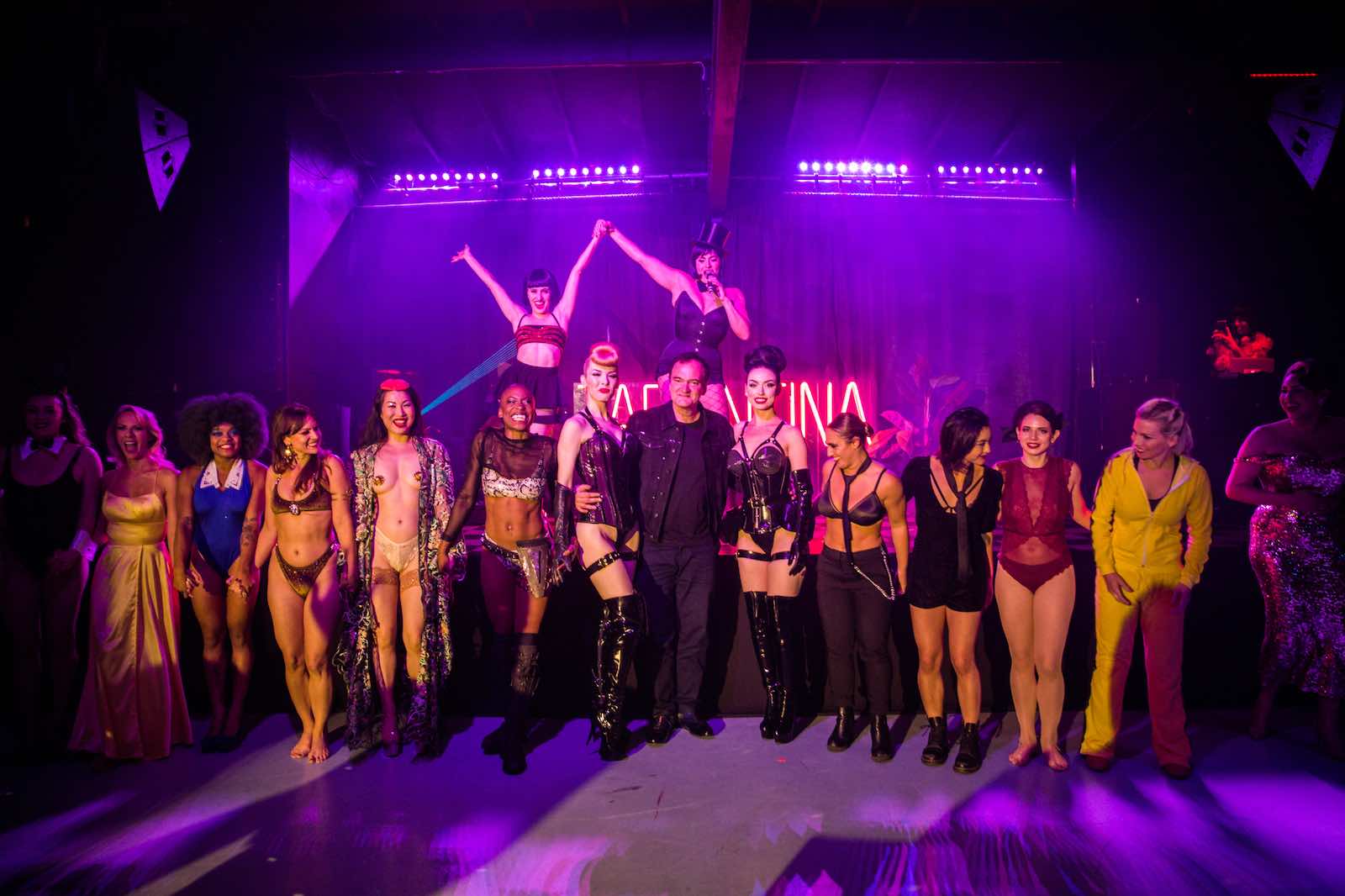 Retirement! No, I’d be so bored. I’m always making stuff. I’d like to keep running Tarantina on a bi-mothly basis because it’s a formula that’s seeming to work, but I’m excited to produce an entirely different show in the new year as well!

What performers should be on our radar?

Donna Hood, who produces the classic burlesque mega show in Downtown LA called Tease if You Please. Definitely a way classier evening than our dirty dive bar hoedown, but she features a lot of incredible talent in an entirely different way!

What’s your favorite Tarantino film of all time, and what did you learn from it?

You know I must say Death Proof! That film just spoke to me with its simplicity and grit. Serial killer kills unsuspecting girls, he messes with the wrong girls, girls unite to take him out and the movie ends with them just kicking him to death, the end. To me it’s perfect. I also really enjoy a hero in plain clothes, which is all or most of Tarantino’s heroes. Just regular people kicking some ass. 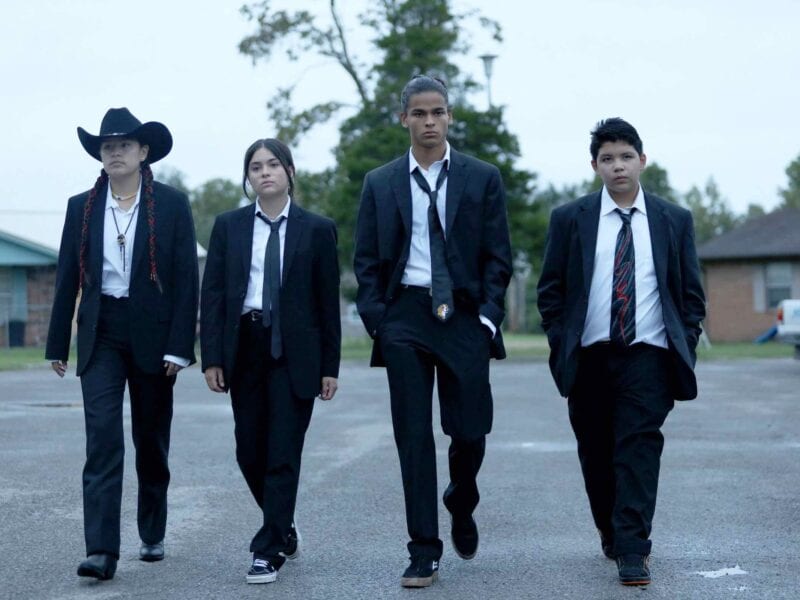 ‘Reservation Dogs’: Everything to know about the new FX shows 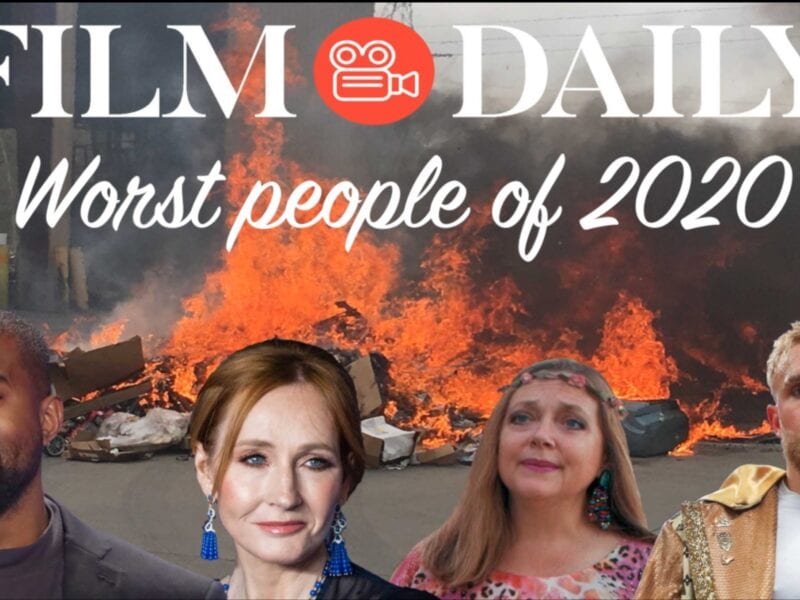 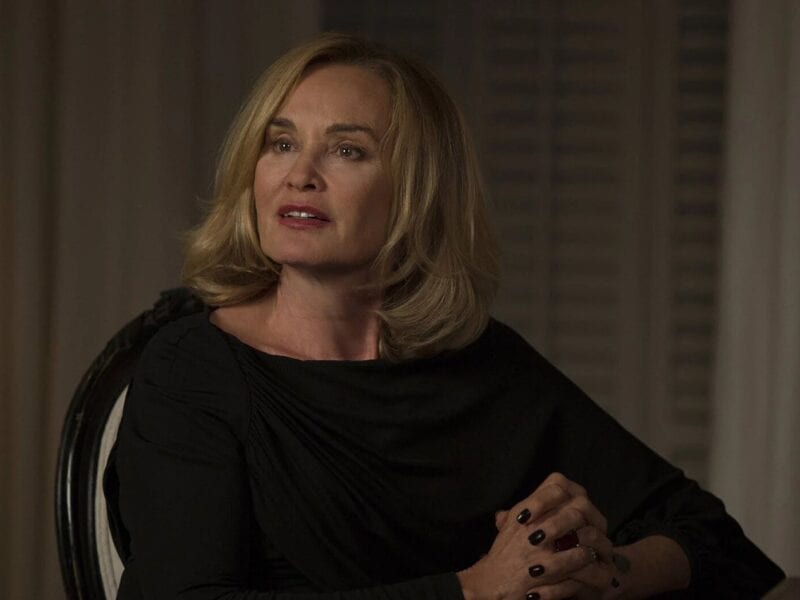