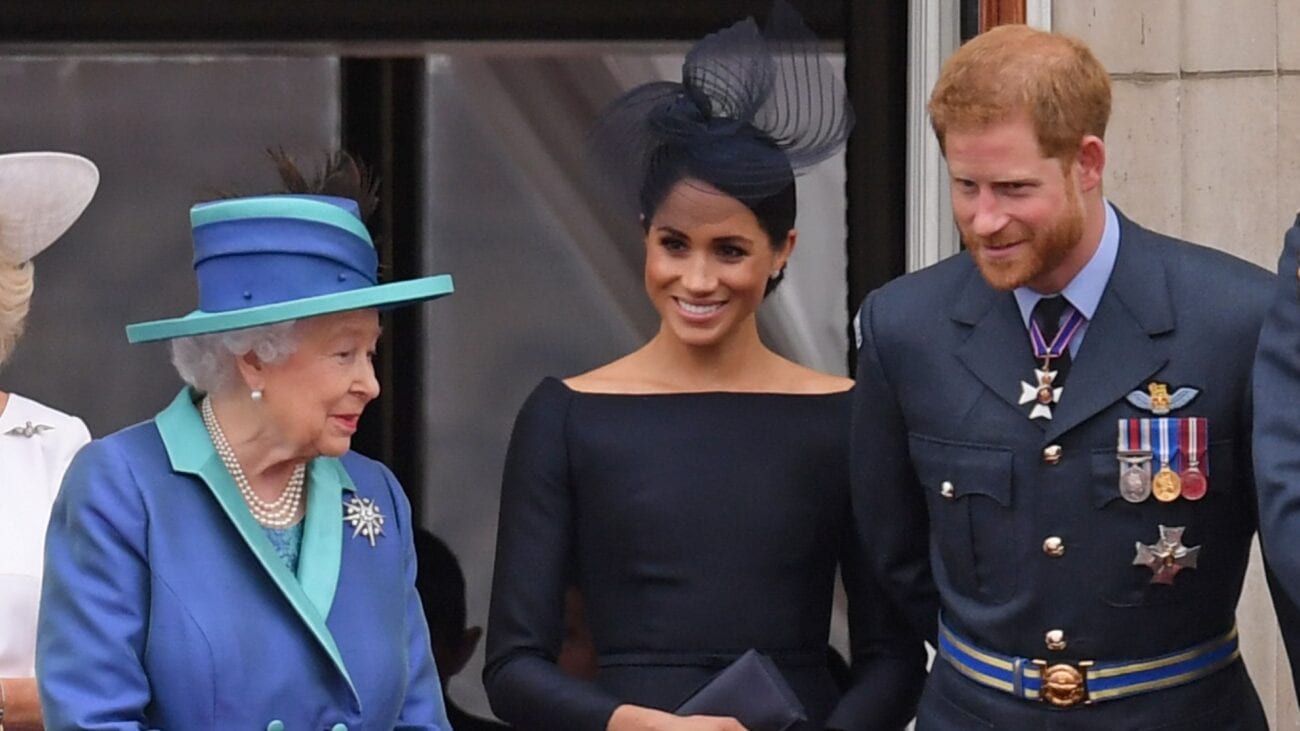 Is there a better scandal than a royal scandal? We don’t think so. And owing to the tumult that began with Meghan’s entry into the family & later her & Harry’s decision to split from the royal family, the rumors & theories about the royal household do not seem to die down.

Does the Queen hate Meghan? Do the Brits hate Meghan? Does the whole of the UK hate Meghan? The questions & the speculation don’t seem to end. Now, in a recent discovery, it was pointed out that the Queen has subtle ways of exhibiting her disapproval of an outsider in the royal family.

The proof this time has come from royal biographer Robert Lacey’s book Battle of Brothers: William and Harry – The Inside Story of a Family In Turmoil, in which the 76-year-old royal historian spotlights instances where the Queen deliberately left out Sussex from key moments. 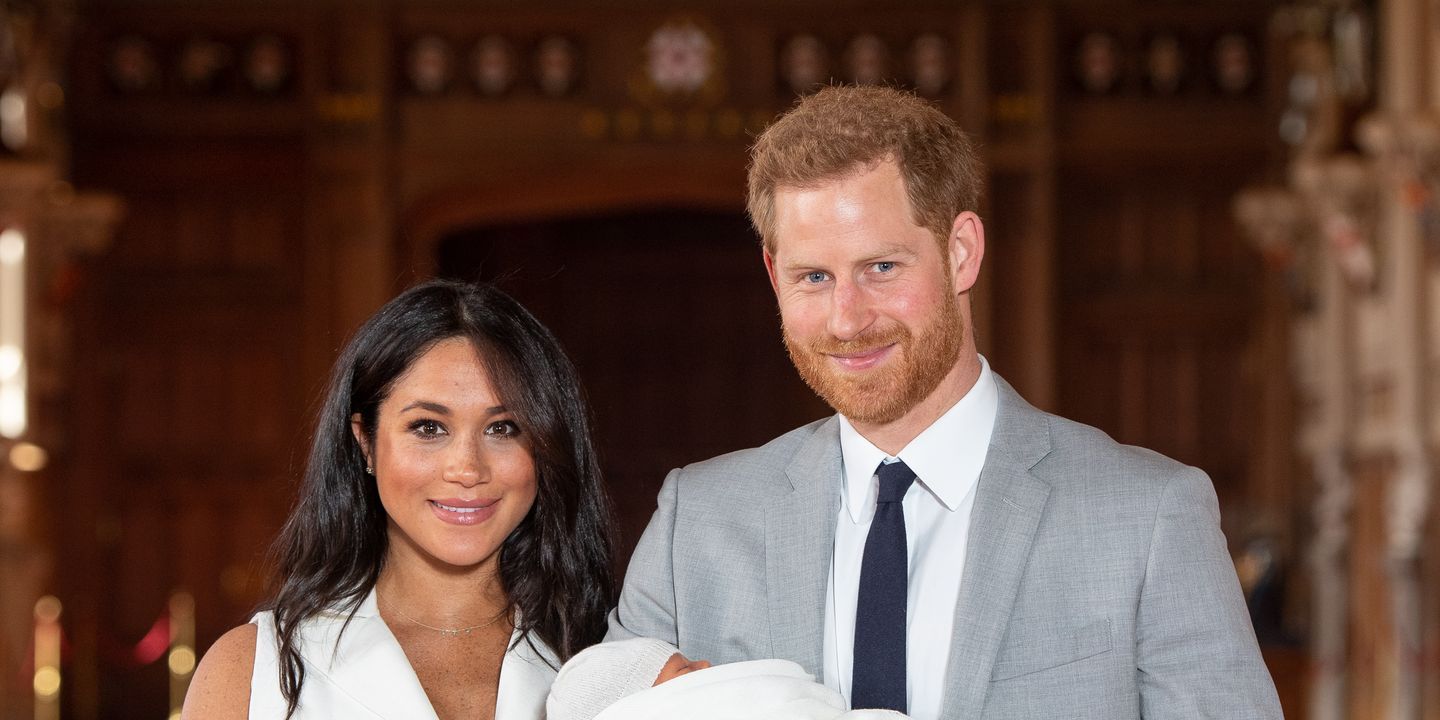 According to Lacey’s account, Queen Elizabeth II’s annual Christmas broadcast ritual involves a display of family photos on her desk each year. In her broadcast message, these details are noticeable – you only need a good eye – and Lacey caught something. In the Queen’s 2019 collection of family memorabilia, three people were conspicuous by their absence.

If you haven’t guessed it by now, the three people were Prince Harry, Meghan Markle, and their son Archie. The omission didn’t miss the eyes of the fans & followers of the royal family at the time. It was obvious, petty, and very much out-there. In his book, Lacey has revealed the reason behind this deliberate shade.

He claims that “the absence of a single Sussex from the 2019 assemblage of significant royal faces reflected a deliberate decision on the part of Queen Elizabeth II. She would be providing no brand endorsement opportunities this year for Sussex Royal.” Branding is becoming something of a sore spot here. 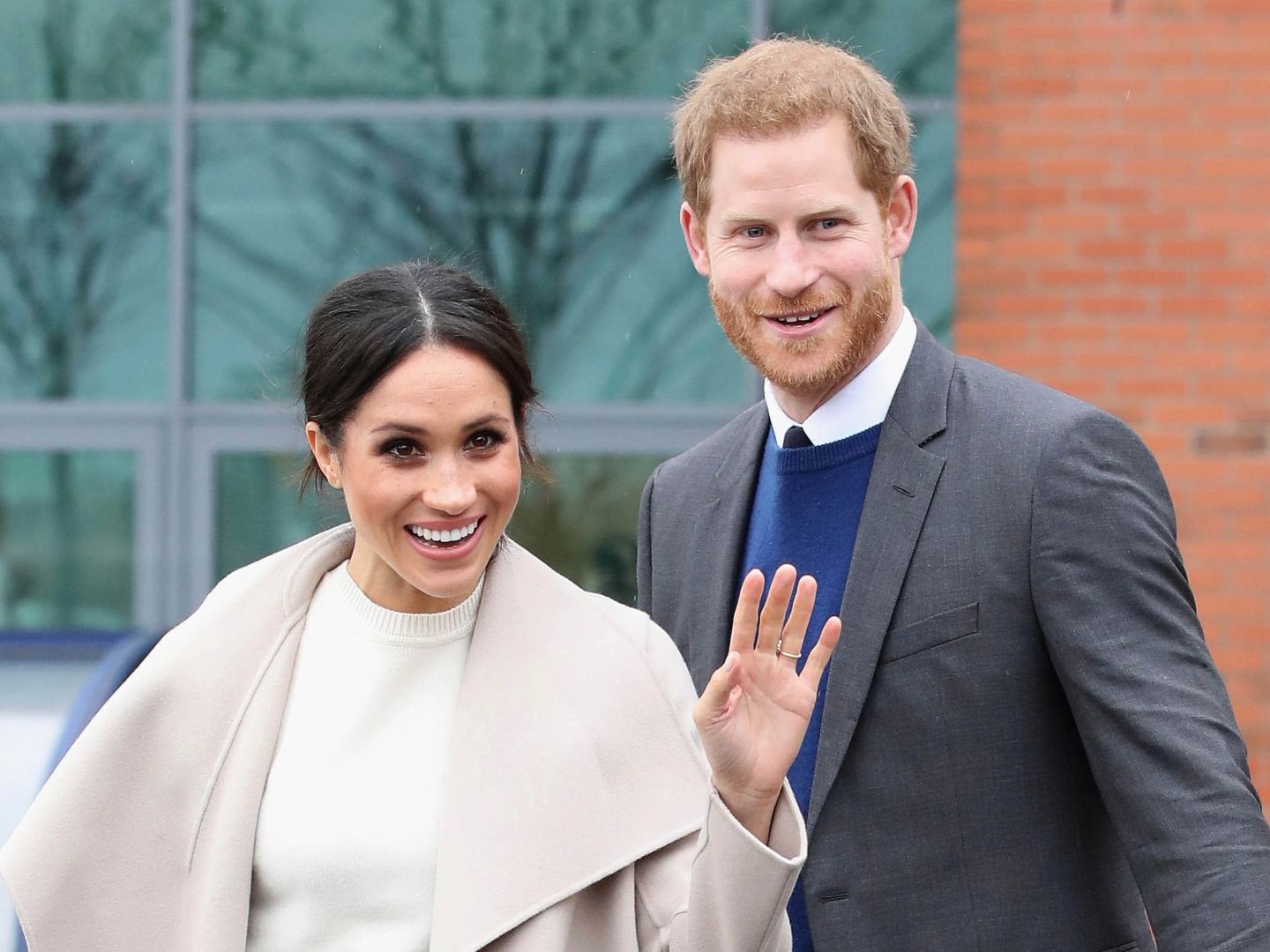 The brand that got away

The separation from the royal family has cost Harry & Meghan in a big way. They were barred from using any reference to their “royal” roots, thereby making hundreds of products of the Sussex Royal brand practically worthless. In the series of events after the products were branded, the Queen was riled up because she’s not been informed of the move. You mess with the Queen, you pay.

Interestingly, Lacey is also the royal consultant for Netflix’s show The Crown, which has a lot of rabid watchers & following of its own. Lacey particularly explains in the book why the Christmas panorama was a big deal & why the absence of a royal family member, let alone an entire branch, is the Queen’s way of sending a message.

He claims, “Who does and who does not feature on the royal Christmas desk has always been like the changing panorama of faces on the historic balcony of Moscow’s Kremlin. It showed who was in favor and who was not —and at Windsor in December 2019 this even extended to babies.” 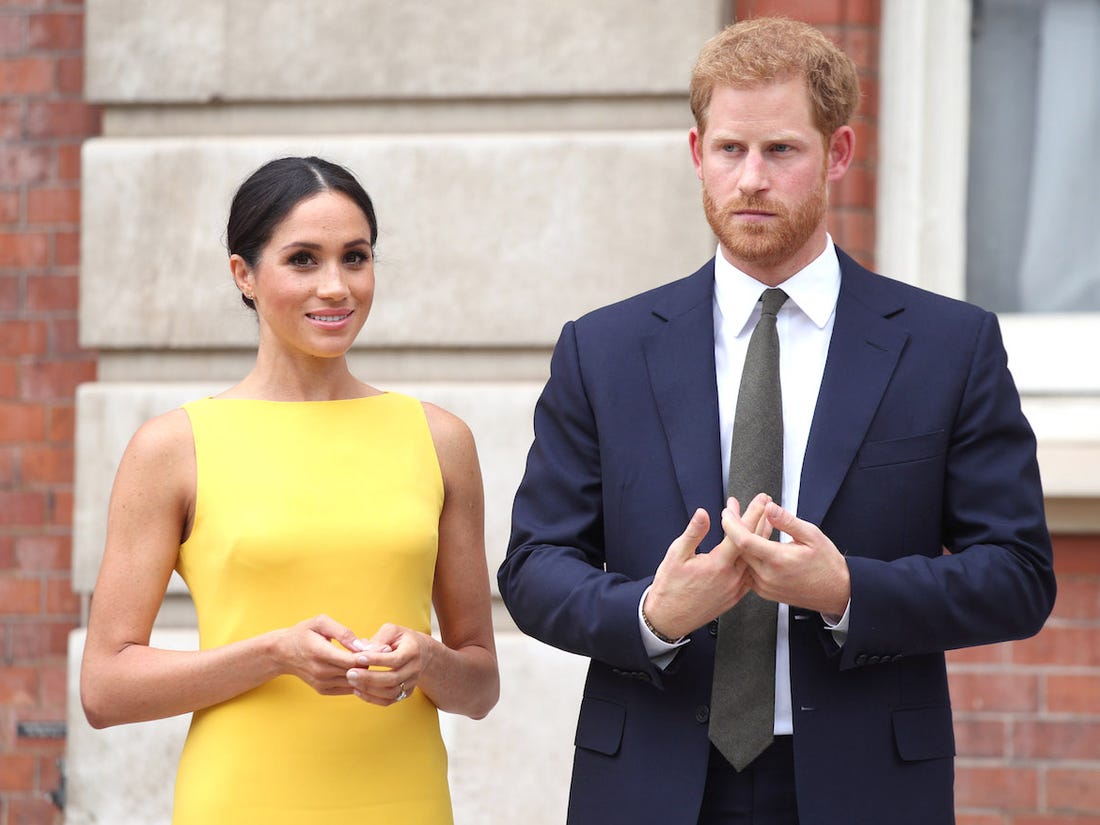 What’s even more shocking & noticeable is that the royal family is known to take pride in the newborn of the household. What’s better than an adorable picture of the latest royal grandchild? But Archie didn’t find a place in the royal frames.

The Queen hasn’t seemed thrilled about Archie at all, what with no dedicated announcement about his arrival in the family, or any sight of the baby Archie being mollycoddled or being fawned over by royal relatives. 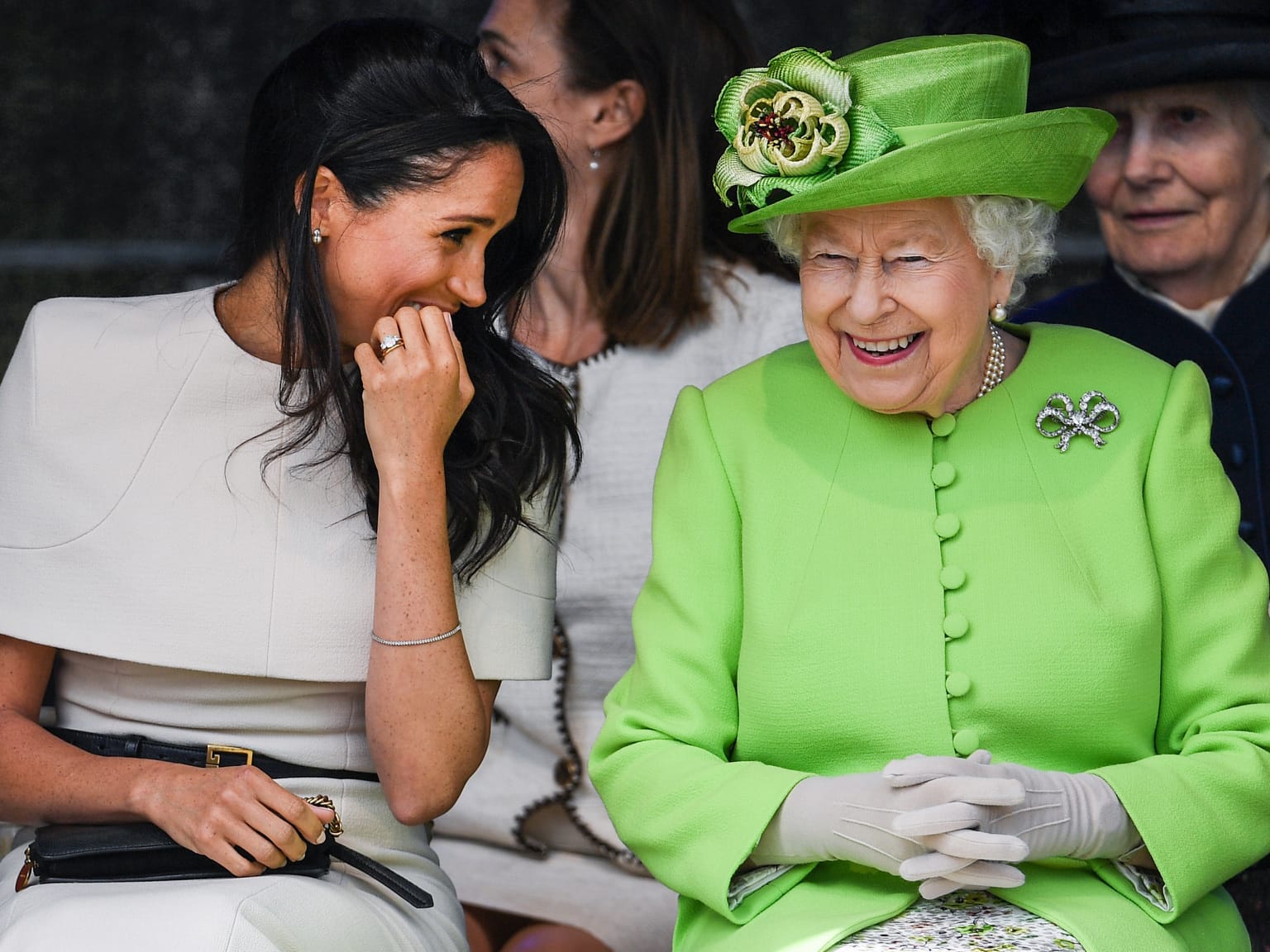 The book spills many beans, including how Archie’s birth was wrapped in distorted facts: Archie was born at 5:26 in the morning on May 5, 2019, but the Palace didn’t announce anything about the birth until 2 p.m. that afternoon.

When they did issue a formal statement, it was done hours later, implying that Meghan had gone into labor. In reality, Archie had already been born & taken home. In their defense, they were just protective of Archie who was bound to be on the paparazzi’s hunt.