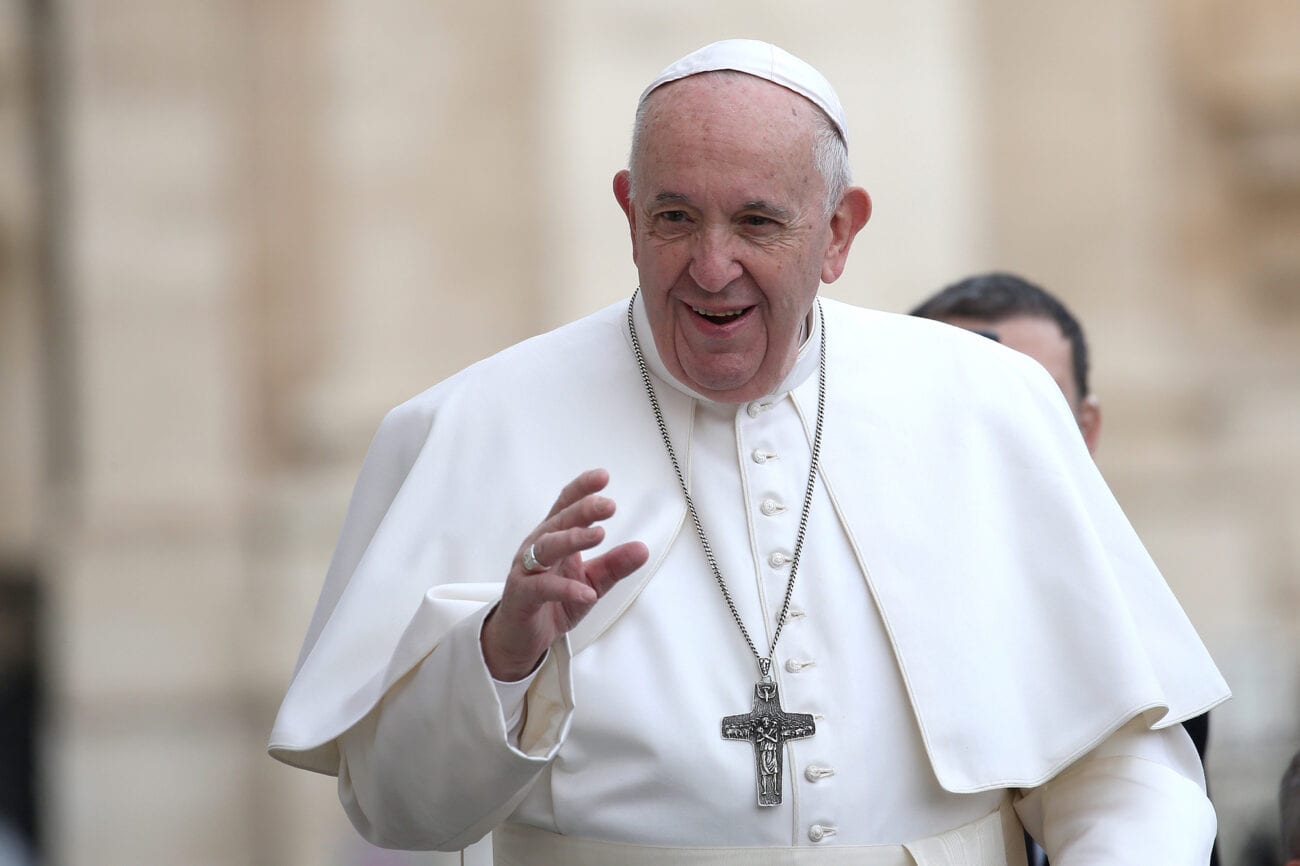 Pope Francis resigning? See how this news could shape the Vatican’s future

We’re all familiar with Pope Francis and his quirky, irreverent personality thanks to The Two Popes – a 2019 Netflix release that made quite a splash with audiences & critics. The film chronicled Pope Francis’s rise to the papal seat – a “Pope Francis Begins” of sorts – following the resignation of Pope Benedict XVI.

Pope Francis becoming the new pope was a big deal for two reasons: first of all, popes usually don’t resign, so Benedict threw the Catholic Church for a loop on that one. More importantly, Francis’s rather liberal views on key religious issues were markedly different from Benedict’s (and the Church’s) more conservative opinions. Pope Francis’s political leanings have made his papacy quite divisive and even controversial at times.

Perhaps that’s why old statements from Pope Francis, where he hints at a potential resignation around the year 2020, have made it into the current news cycle. The rumors are enough to give hope to Pope Francis’s opposition and throw his supporters into a panic. 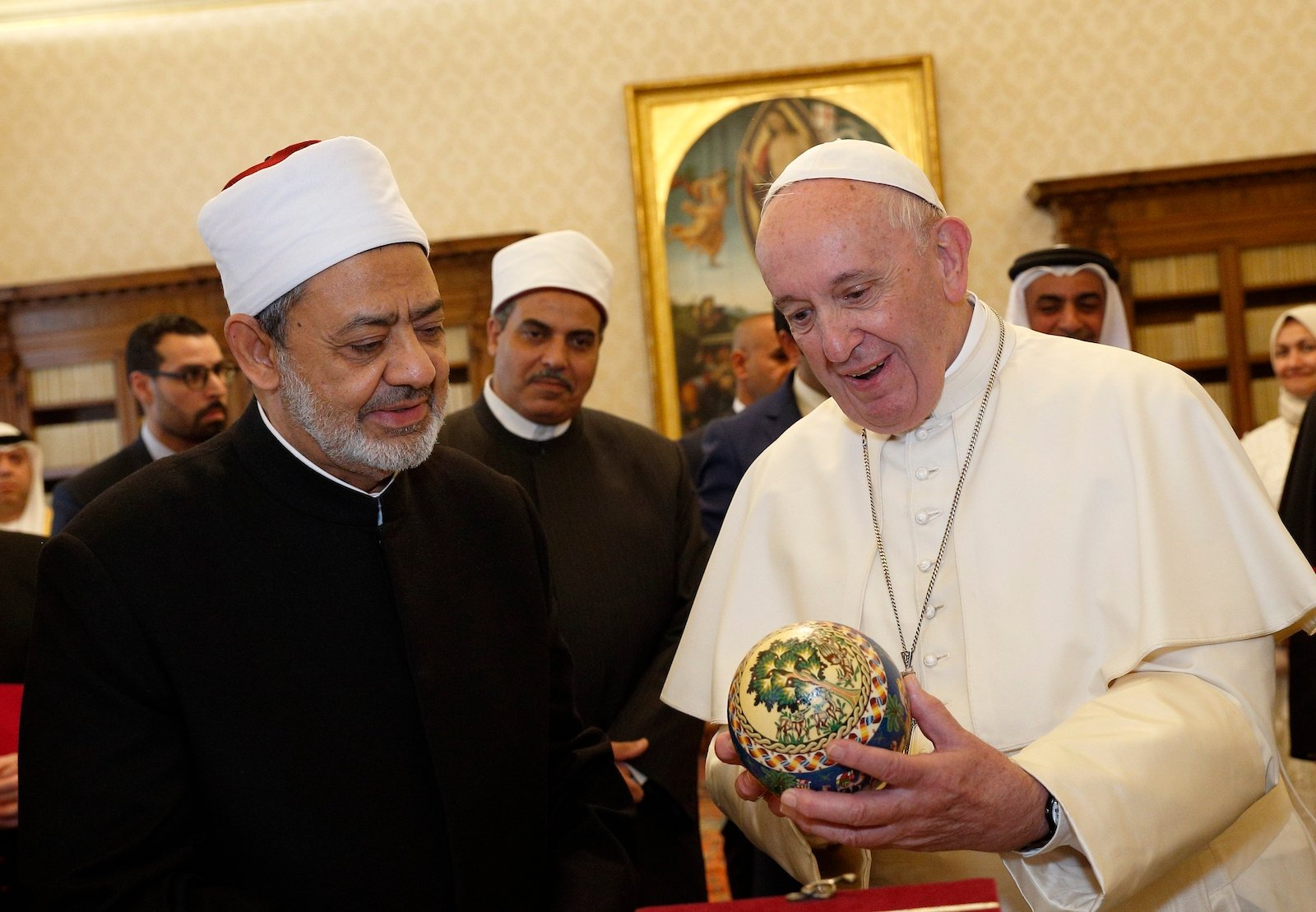 So what are these alleged resignation teases? For those answers, we must travel back to the year 2014 and revisit an interview Pope Francis gave to Noticieros Televisa, a Mexican news show. Journalist Valentina Alazraki probed the still fairly new pope about the potential length of his Papacy.

Francis replied with a classic Pope Francis bombshell: “I have the feeling that my pontificate will be brief. Four or five years. I do not know, or two, or three. Well, two have already passed. It’s a little like a vague feeling, but I have the feeling that the Lord puts me (here) for a brief thing and not more.”

Alazraki – probably wanting to make sure she hadn’t misheard a pope when he said he was already thinking of quitting – followed up by asking Pope Francis, then seventy-nine, about the idea of resigning at eighty. His response was: “I believe that the Papacy has something of last instance. It is a special grace. I am not of the idea of putting an age to it, but I am of the idea of what Benedict did.” 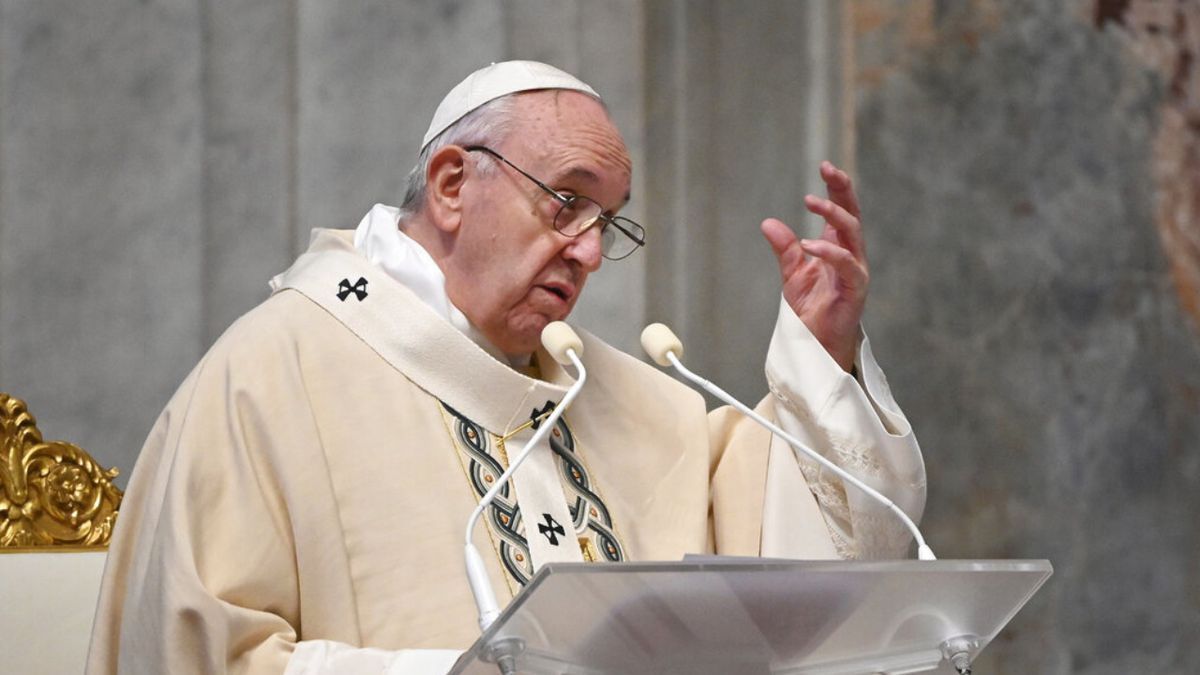 Smash-cut to 2015: Austen Ivereigh, former Director for Public Affairs of the previous Archbishop of Westminster, Cardinal Cormac Murphy-O’Connor (Ivereigh must be a lot of fun to introduce at parties) expanded on the news of Pope Francis’s potential resignation.

“(Pope Francis) made clear from the beginning that he regarded Pope Benedict’s (XVI) act as a prophetic act of great modesty and he would have absolutely no problem in doing the same”, commented Ivereigh, before adding: “What was interesting was he said to Mexican television in 2014 that he believed that he would have a short papacy of about five years”.

Ivereigh – who continues to work closely with the Vatican – closed by adding two years to Pope Francis’s rumored resignation deadline: “What I’m hearing now from people close to him is that he’s going to need seven years to achieve his five-year plan and that, of course, would mean staying on until 2020.” Ivereigh’s statements are dated 2015, but he seems to be referring to seven years from 2014, when Francis’s Papacy started. 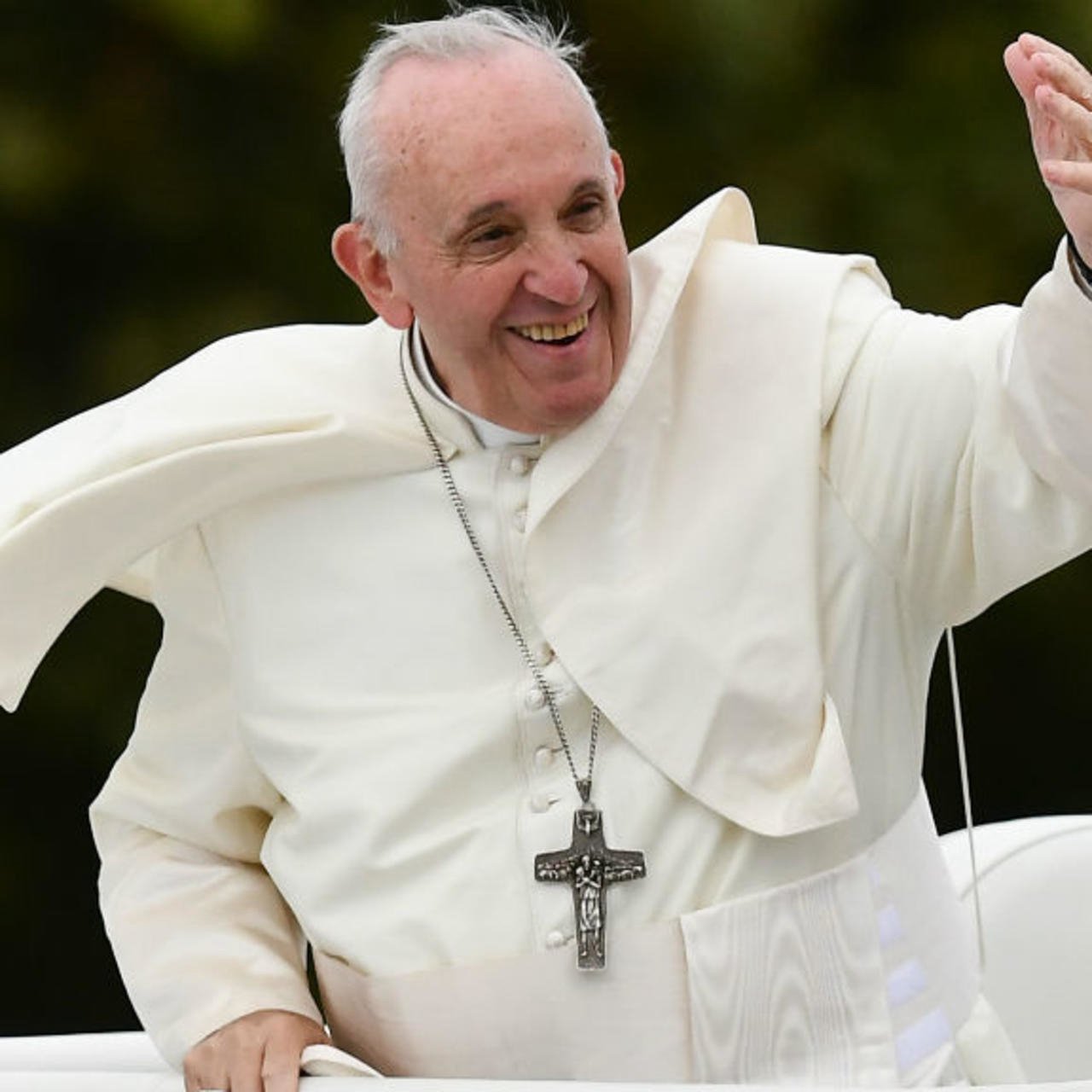 As adorable as it is to think of Pope Francis playing TV showrunner with the Papacy – “I originally planned five seasons but the story ended up demanding seven seasons after all” – the possibility of his resignation is being taken seriously by enough news sites to prompt clarification . . . from Austen Ivereigh.

Recently, Ivereigh gave Express.co.uk an update on the “Is Pope Francis resigning?” news item: “Pope Francis no longer speaks of his (Papacy) as a short Papacy, and seven-and-a-half years from his election, it is clear he is staying on. This is a Pope in full flow, with a reform programme that is being implemented with vigour.”

Ivereigh went on to imply the idea of Pope Francis resigning is fake news by giving people a preview of Francis’s 2021 plans: “Next year, 2021, (Pope Francis) will publish his new redesign of the Vatican and replace a large number of key appointees. He will also be visiting Iraq in March.” 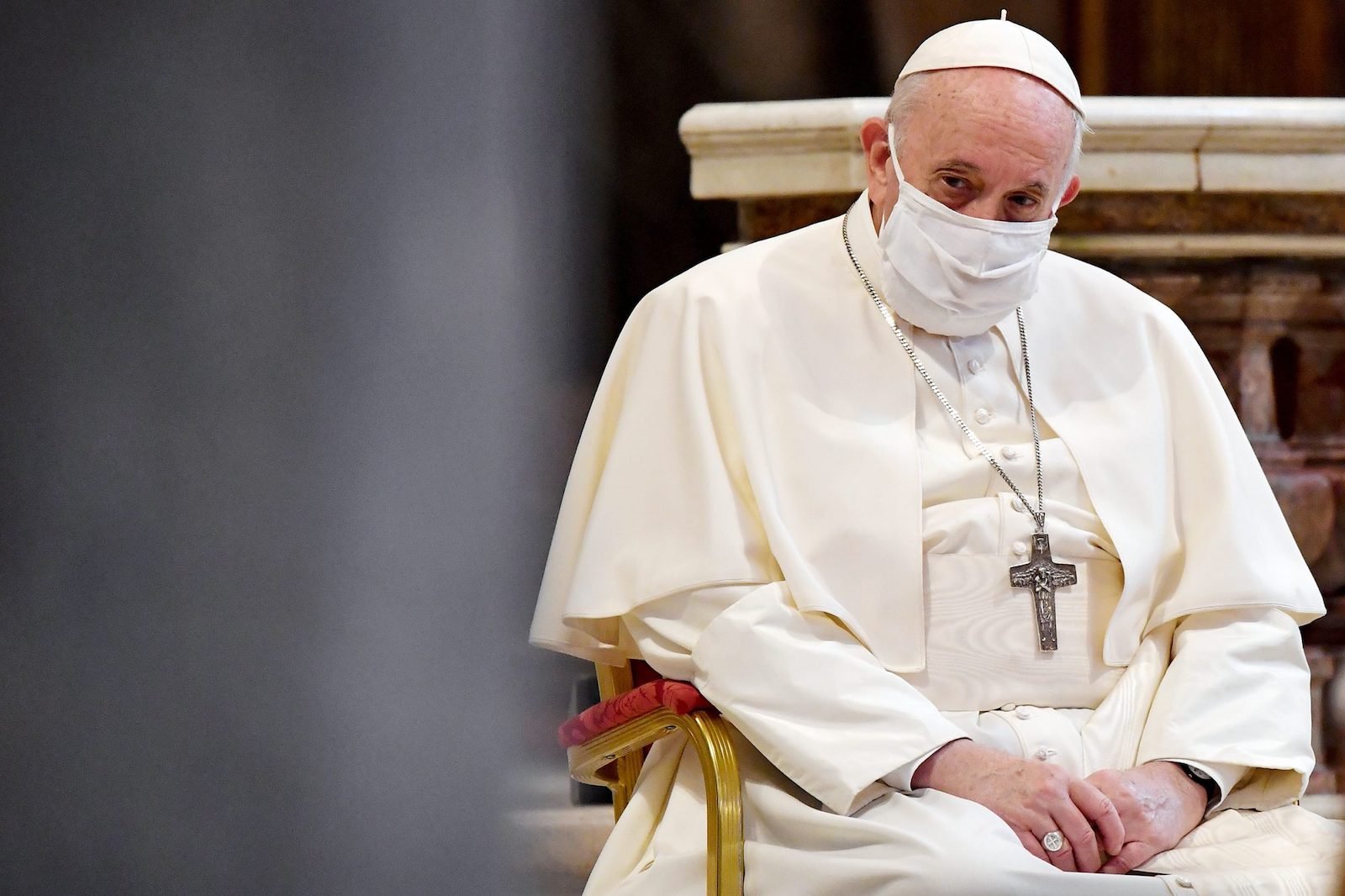 The truth is, even in 2015, Austen Ivereigh wasn’t entirely sold on the news of Pope Francis being serious about resigning. Going back to Ivereigh’s original 2015 statements, we can find this gem: “I mean politically you could say it is quite clever because (Pope Francis) is also signalling to those people who do want to see a change in the church, that there isn’t much time.”

Pope Francis dropping resignation teases as a strategic move to get his supporters fired up? That’s a boss move. Ivereigh, still in 2015, also added: “Some of his opponents are waiting for him to go and they will be encouraged by this.” Holy cow, Pope Francis might have unlocked the “Gentle Manipulation of Both Sides” achievement.

Back to the here & now, in the Express.co.uk interview, Ivereigh assured readers the real news is Pope Francis is more motivated than ever: “In many ways, the COVID crisis has breathed new life into his pontificate. He has a clear mission now – to lead humanity through this dark night into a brighter future.”

We wouldn’t count Pope Francis out yet, as it seems unlikely he’s even started to pack his bags. Then again, he comes across as the kind of pope who could easily blindside us by resigning tomorrow, so who knows?