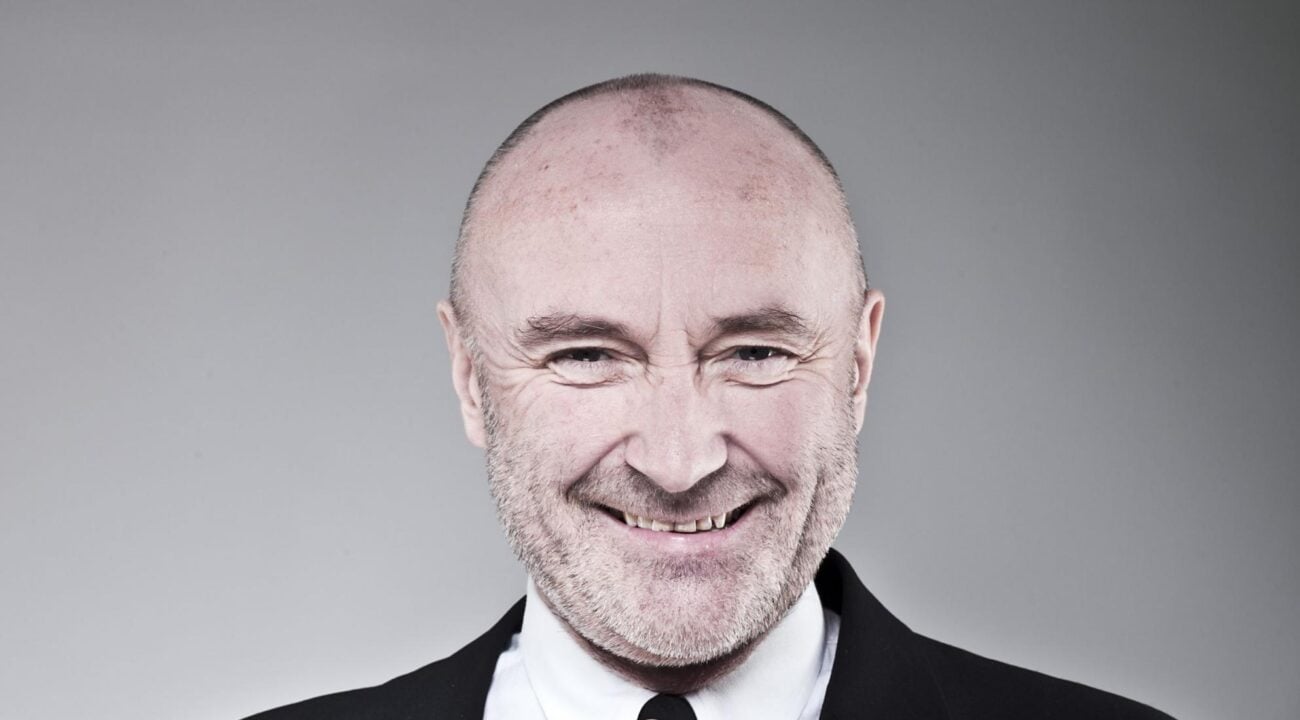 It was a sad reality when we first learned that Phil Collins, the exceptional musician who went so far hard for us for 1999’s Tarzan soundtrack, has been slowly dealing with physical crippling issues that have prevented him from enjoying his usual day-to-day. However, in traditional Phil Collins fashion, the Genesis singer has still managed to tour amidst his handicap, giving fans one last glimpse at his career live and in person.

In perhaps a cheeky reference, Collins set out in 2019 on his “Still Not Dead Yet, Live!” tour, a follow up to his 2018 “Phil Collins: Not Dead Yet” tour, in which the English performer has mostly been forced to perform from a chair after a spinal injury had left him with limited mobility, having to use a cane whenever he tried to walk. That being said, Phil is back on stage with Genesis, and he’s ready to belt out once more.

Genesis’ “The Last Domino” tour, which was originally supposed to kick off in 2020 but was delayed thanks to COVID, finally kicked off in the UK today and will make its way to the U.S. in November, featuring Collins’ twenty-year old son Nic on the drums, an instrument his father was famous for playing. Just how much longer can Phil Collins keep going before he has to retire outright? Let’s delve in. 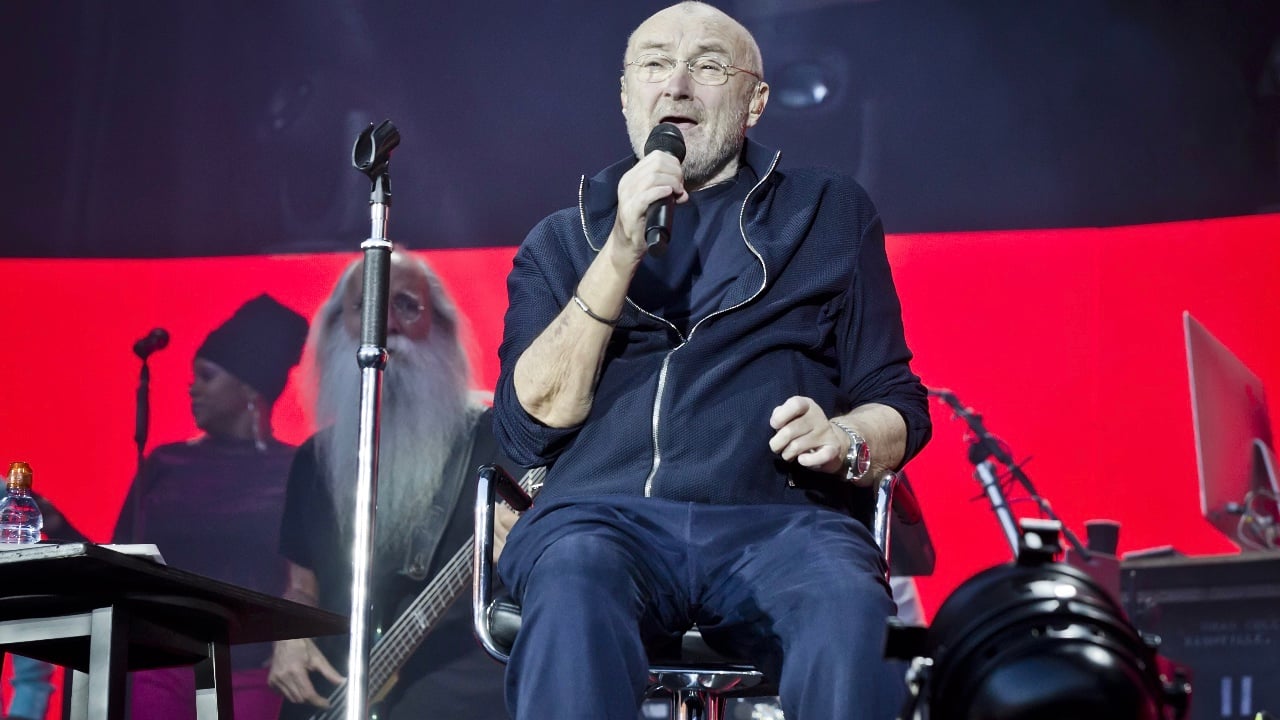 Despite clearly being in failing health, seventy-year-old Collins is turning it on again with his Genesis bandmates Mike Rutherford and Tony Banks in what is setting up to be a last hurrah on the road for the singer and his group. Of course, Genesis is famous for a slew of popular tracks such as “Firth of Fifth”, “Supper’s Ready”, “The Cinema Show”, and “The Musical Box”. But how is he doing this with his health?

​​“I’m kind of physically challenged a bit, which is very frustrating because I’d love to be playing up there,” Collins told the BBC in an interview broadcast this month, alluding to his son playing the drums. “I think probably this will be putting it to bed for the last time”. The tour is set to be the last for Genesis, as confirmed by Phil Collins, with a few NYC performances being the last of 2021 before a possible extension in 2022.

Regarding a possible motivation to do one last tour, he said the following in his BBC interview: “When it’s good, it’s great fun. The audience always seem to come away having enjoyed it. So really it’s a question of going out there and doing what you do with your life. I’m seventy, and I’ve been in this band since I was nineteen.” We must admit, even handicapped his voice still sounds stellar, but how much longer can it hold up? 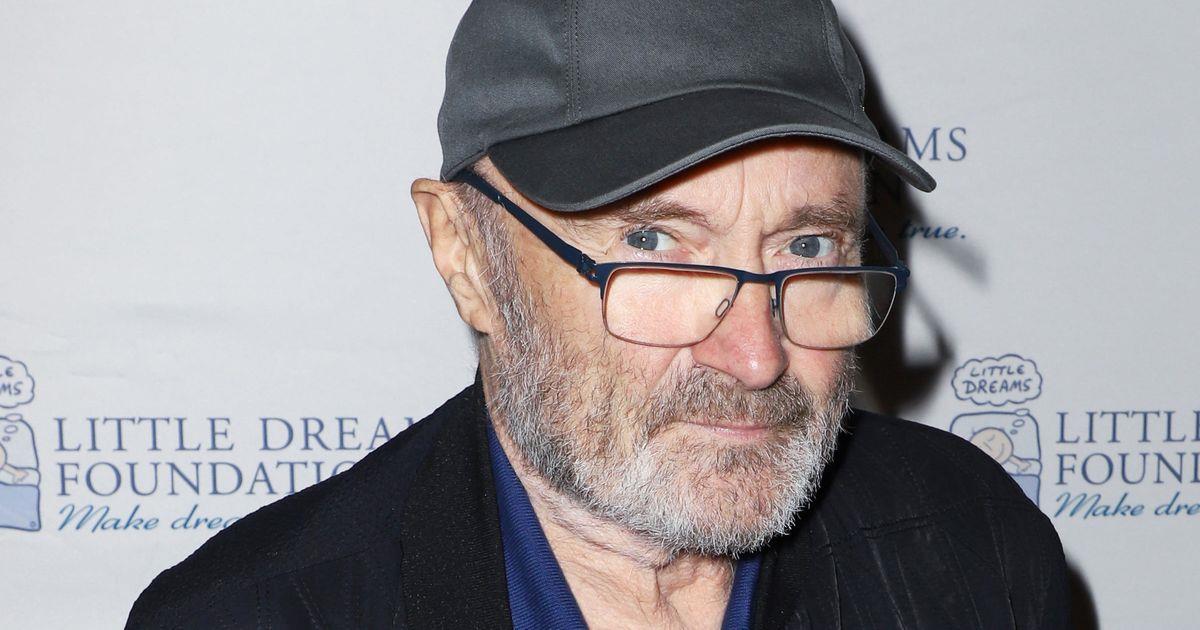 When will Phil Collins call it quits?

While Phil Collins still has the voice of an angel, we’re curious just how much longer his health will allow him to sing live. The poor man has already been confined to a chair, taking away much of the performance aspect fans desire when they go to live shows. Equally, while his voice is seemingly not affected by the spinal injury, can Phil really continue on even into next year given his age and health?

Phil Collins is such a legend to so many people, from his days leading Genesis all the way through the 1990s where he gave Disney one of the best soundtracks they’ve ever had, knocking Tarzan out of the park with hits such as “You’ll Be in my Heart”, “Son of Man”, and “Two Worlds”. Equally, we’ve seen successful efforts by older performers who choose to continue to tour, such as the Rolling Stones and the Beach Boys.

That being said, we have to imagine that the end of the Genesis tour, which could go through 2022, will likely also be the final tour for Phil Collins outright, given his poor health and possible need to spend more time with family in his later years. He’s already enjoying quite a bit of time with his son Nic, but as we know his daughter, Emily in Paris star Lily Collins is also his child, and we would hope the two spend time together.