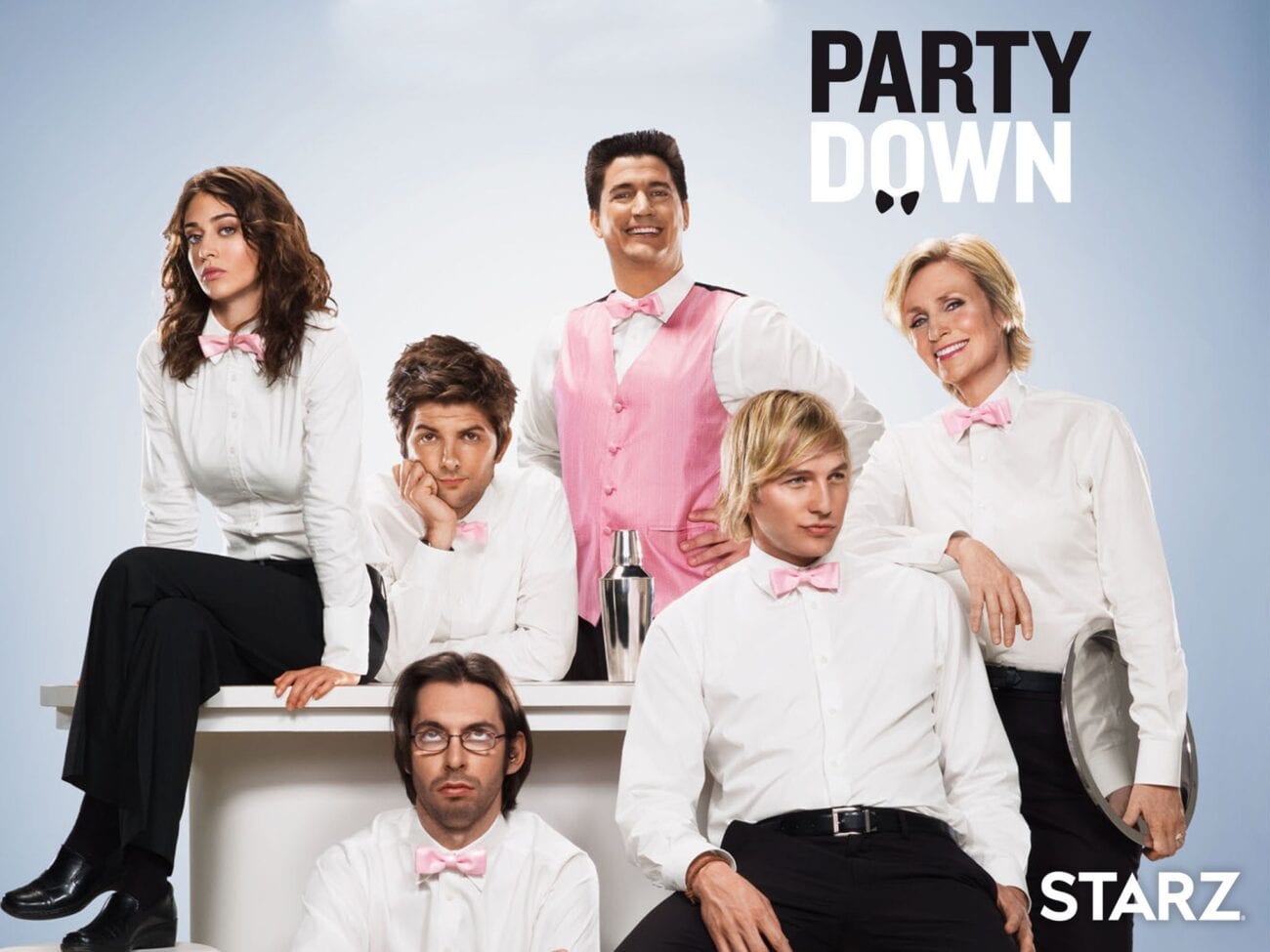 Are you ready to have fun again? Were you having fun before? Are we having fun with these weird Party Down references yet?

This all might be a little disconcerting if you’re not familiar with the Starz cult comedy from over ten years ago. Party Down ran for two seasons, and one of its running jokes was that Adam Scott’s character hated it when people came up to him and asked, “Are we having fun yet?”. Scott played an aspiring actor whose biggest claim to fame was a commercial where he uttered the infamous line.

Those of you who missed out on Party Down during its original run and never caught up with it since, might want to consider giving it a shot now. That way you can join the rest of us when the show returns to Starz as a six-part limited series. 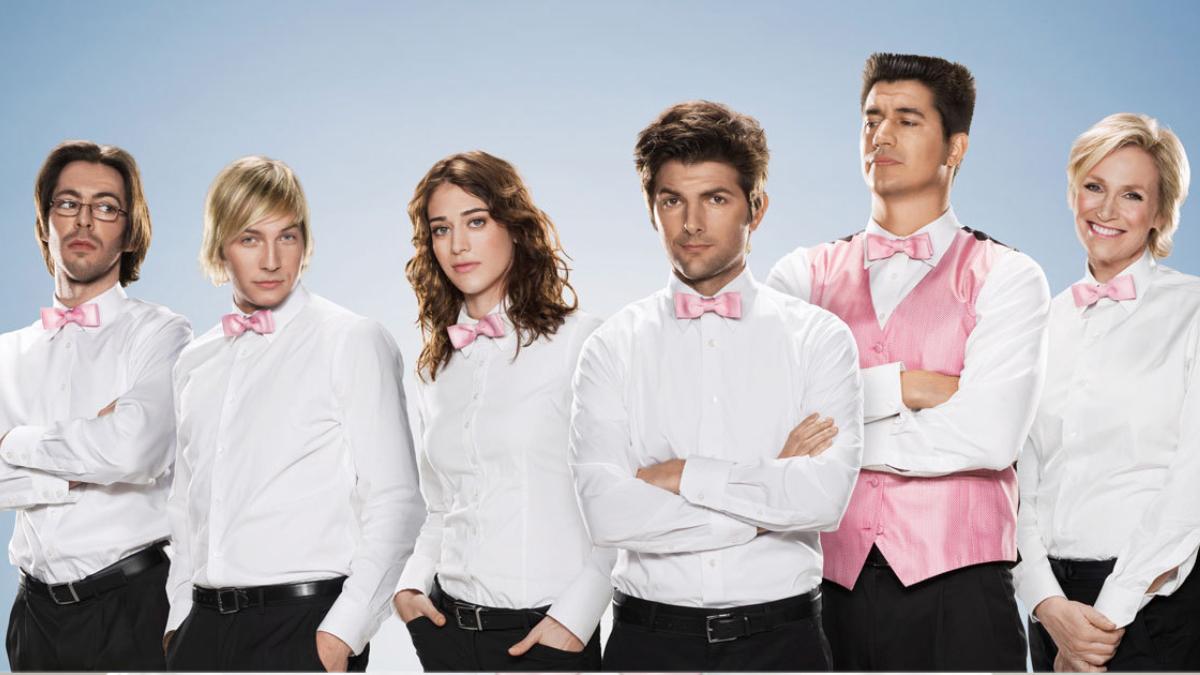 Party Down was created by Rob Thomas – no, wait, not that Rob Thomas. We’re talking about the guy behind Veronica Mars & iZombie, not the Matchbox Twenty frontman. Back in 2009, TV’s Rob Thomas joined forces with producers John Enborn, Dan Etheridge, & Paul Rudd (yes, that Paul Rudd) to tell the tale of six Hollywood wannabes who work as catering team to pay the bills.

The gimmick behind every episode of Party Down is that each story takes place during a singular catering event. Thomas was inspired by the awkward sense of humor of The Office as he came up with the cast of characters and the situations they kept finding themselves in. While Party Down never became a smashing success similar to the sitcom that inspired it, Thomas’s show still managed to accrue a loyal fanbase.

Looking back at Party Down now, one of the elements that stands out right away is the fact that each of the characters was played by someone who went on to have a pretty decent career. Check out this cast list: Ken Marino, Lizzy Kaplan, Jane Lynch, Martin Starr, Ryan Hansen, and the aforementioned Adam Scott. When Jane Lynch had to drop out in between seasons, Megan Mullally replaced her. Talk about all-stars! 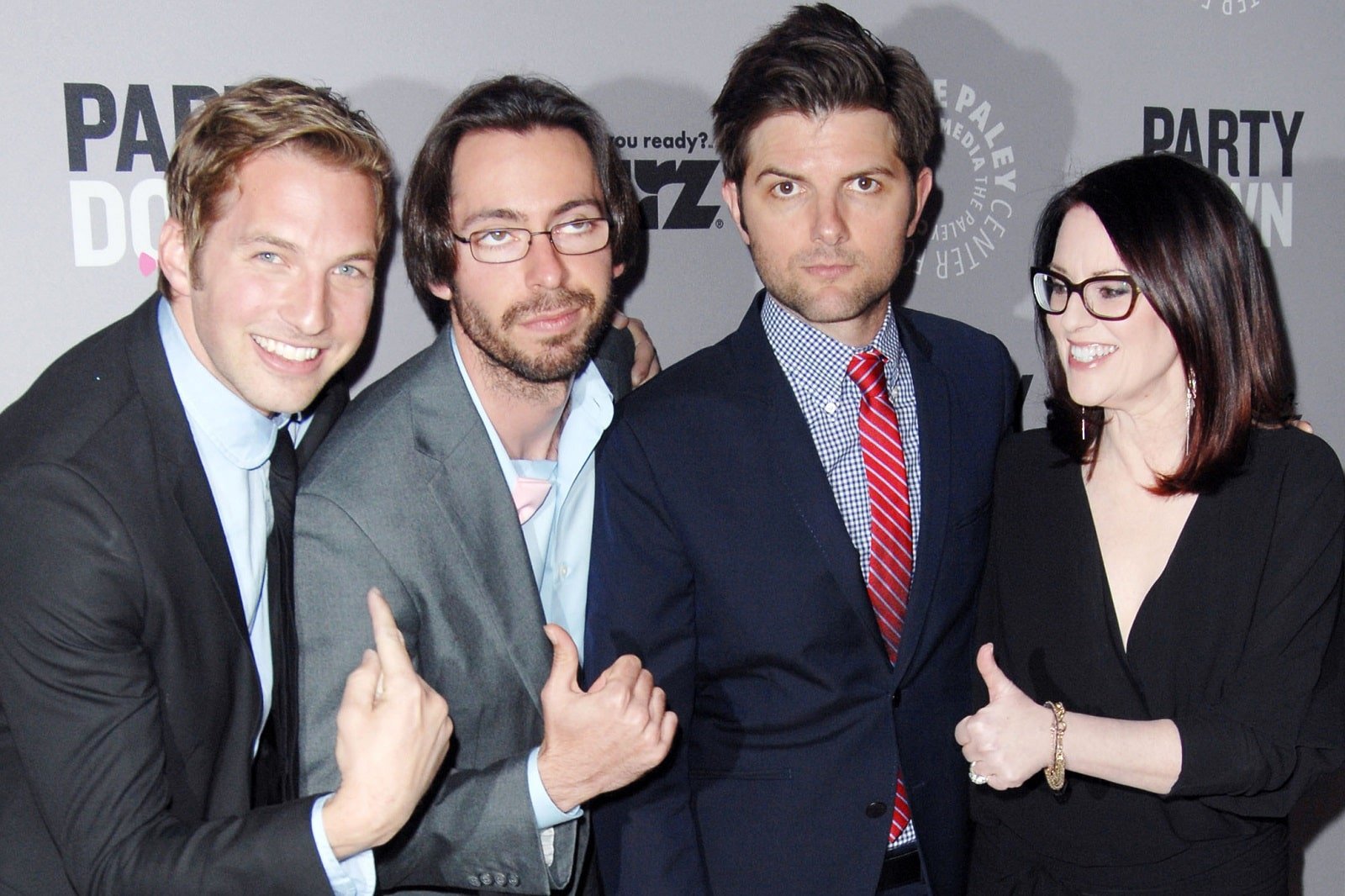 The increased notoriety of the original Party Down cast is one of the reasons a reunion project has proven tricky to schedule & produce. However, a 2019 event reunited the cast & producers for a retrospective of the show, and by the end of it, the die was cast. Thomas told TVLine: “The cast is so busy these days that finding a window where we can do it may require trigonometry, but we’re determined to make it happen.”

Starz president of original programming Christina Davis hyped up the upcoming Party Down return in a statement: “Before the cast of Party Down became well-known television and movie actors, and award winners, they were all wearing the same pink bow ties as part of a less-than-competent team of Los Angeles cater-waiters chasing their dreams of stardom on the series.”

“Fans have been waiting more than ten years for this revival to happen, and we’re thrilled to be in development with Rob, Paul, Dan, and John at the helm,” added Davis. And she’s right: who hasn’t played the classic Party Down episode where they cater Steve Guttenberg’s birthday non-party and wished there were more than twenty episodes of the show available? 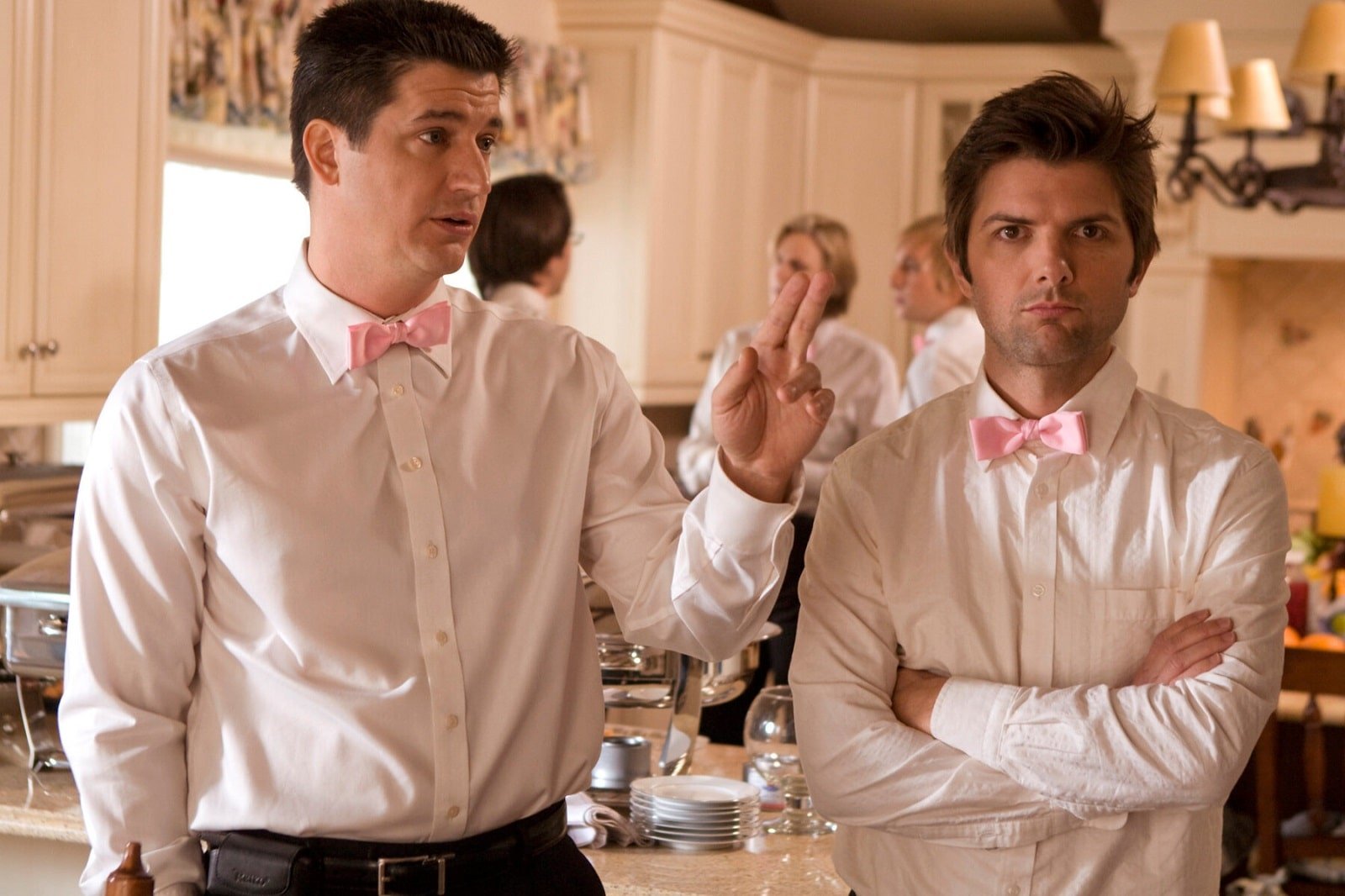 Something else that characterized the original Party Down run was how often episodes would feature comedic guest-stars. In addition to Steve Guttenberg (seriously, that episode might be the best of the entire run), Party Down also welcomed appearances from George Takei, Jennifer Coolidge, J.K. Simmons, and Kevin Hart, among others. Thomas regulars Enrico Colantoni & Kristen Bell also popped in, of course.

What we’re saying is, since the Party Down revival is still in development, now’s the time to start making your wish list of guest stars for the show. Let Rob Thomas know you’re excited and you have ideas! And ask him if he’s having fun yet!