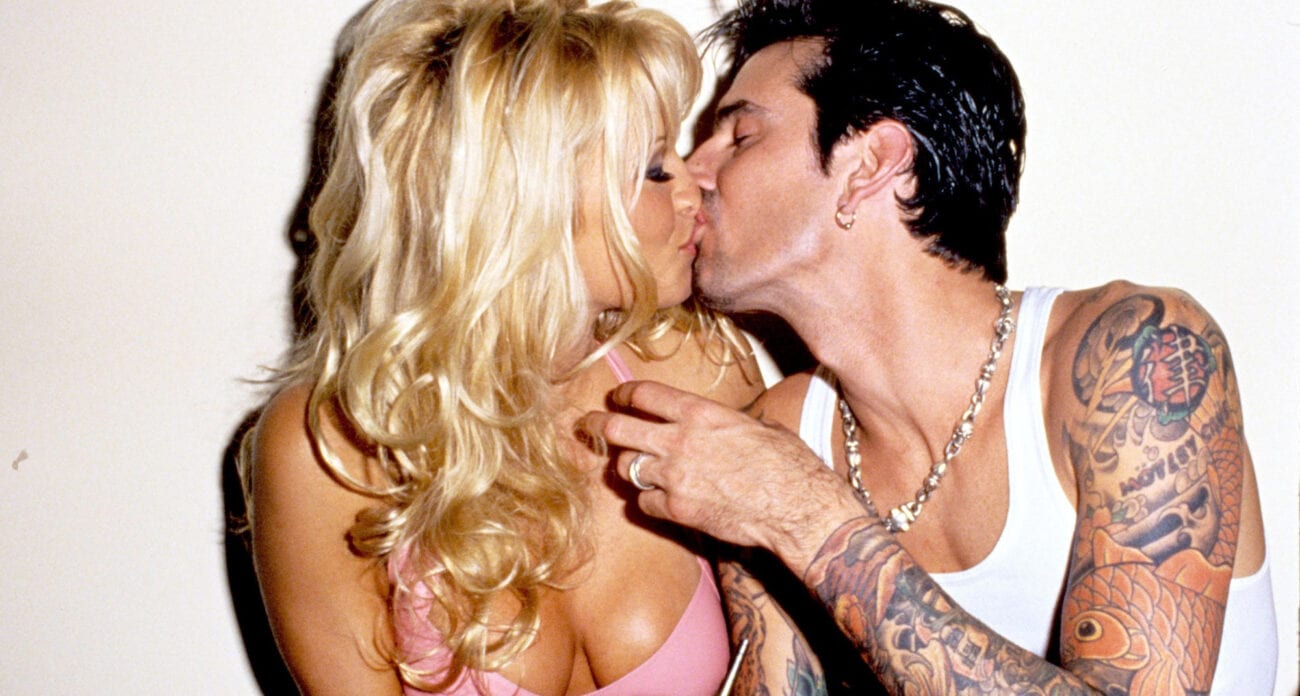 Lily James *is* young Pamela Anderson: Spot the difference in these photos

Isn’t it truly fascinating just what perfect casting and a little makeup can do in today’s Hollywood? If you haven’t contemplated this idea for yourself, it would be prudent to check out the latest photos from Hulu’s Pam & Tommy, where Mamma Mia: Here We Go Again star Lily James will be playing ex-Playboy playmate Pamela Anderson while the Falcon and the Winter Soldier star Sebastian Stan is playing rockstar Tommy Lee.

Hulu’s upcoming Pam & Tommy is expected to be released in eight separate parts, detailing the life of young Pamela Anderson and her relationship with Motley Crue member Tommy Lee. The series specifically dives in to all of the drama surrounding their leaked sex tape, including their legal war with Internet Entertainment Group. Seth Rogen is also set to produce as well as star in the series as Rand Gauthier.

While the upcoming series has already been slammed by real life series’s subject Pamela Anderson as well as her friend Courtney Love, it is of no question that fans of the 1990s are over-the-moon excited for this upcoming project, chronicling one of Hollywood’s first “it” couples in Pamela Anderson & Tommy Lee, a love story that’s as rocky as rock and roll itself. Have you seen the set & press photos for Pam & Tommy?

Pam & Tommy, which was actually developed by comedian & actor Seth Rogen as well as Evan Goldberg, is a biographical drama that covers the media-covered relationship of young Pamela Anderson and her lover, Tommy Lee. The series, which stars Lily James and Sebastian Stan, will also feature an impressive ensemble cast of guest stars, including Taylor Schilling, Nick Offerman, and Seth Rogen himself.

All of the episodes are to be directed by Craig Gillespie, who has helmed an impressive slew of beloved films, such as I, Tonya, Fright Night, and Lars and the Real Girl. The series, which was first announced sometime in 2018, was originally supposed to see James Franco direct the series, as well as star as Lee himself. However, after multiple sexual allegations, the relationship between Seth Rogen and James Franco has soured.

The series began shooting in different parts of Los Angeles on April 5th, 2021, and is expected to debut on Hulu sometime at the end of 2021 or possibly early 2022. Check out some of the jaw-dropping photos below which will make you a believer in the casting of Lily James as a young Pamela Anderson.

While many people are heavily interested in the upcoming Hulu series, there are some out there that have many doubts & concerns of the eight-part story which will chronicle the young Pamela Anderson. For example, Hole singer and real-life friend to Anderson Courtney Love has voiced her disdain for the upcoming project on her social media.

“I find this so f—ing outrageous” she wrote. “When Pam / Tommy sex tape was out / myself @pattyschemel @xmadmx were making a record. And the lone women in many recording studios in LA. Where all / ALL! The staff engineers / producers / owners / were watching the sex tape with huge schadenfraude.. Guffaws, It was disgusting. I banned anyone discussing it.. It destroyed my friend Pamela’s life. Utterly.”

The singer also went on to slam actress Lily James for even taking the role, writing “My heart goes out to Pammy further causing her complex trauma. And shame on Lily James whoever the f— she is. #vile.”

How excited are you for the upcoming Pam & Tommy series on Hulu? Are you impressed with just how much Lily James looks like a young Pamela Anderson? As well, are you on board with Sebastian Stan playing Tommy Lee? What is your favorite Baywatch episode or even your favorite Motley Crue song? Comment below and let us know your thoughts.