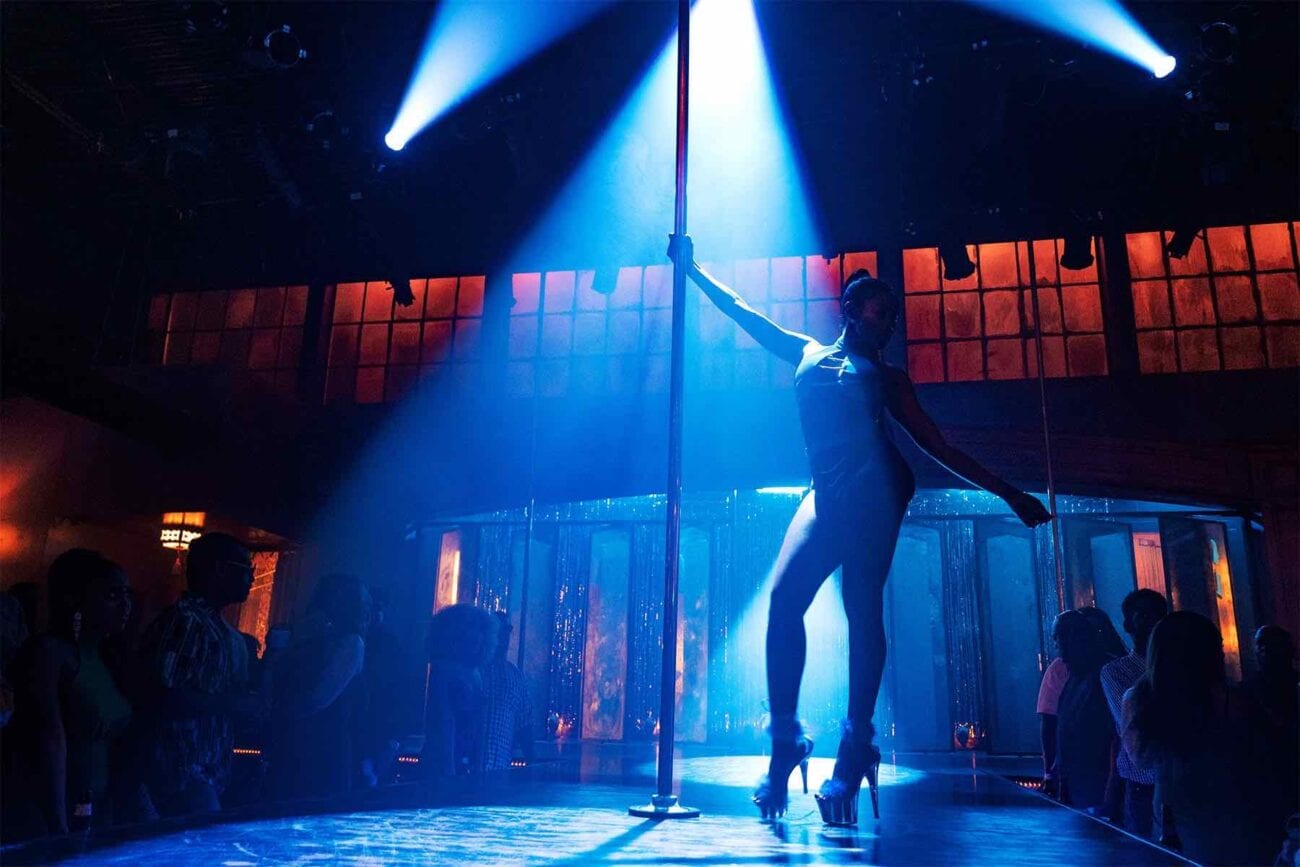 The most death defying pole routines on ‘P-Valley’

P-Valley seemed to come out of nowhere, but the neo-noir series about a group of pole dancers has proven itself to be the underdog show of the summer. With dance routines that defy gravity, the cast had to be trained for much more than your average actor. Some might think pole dancing is too risqué, but these dancers turn it into an artform with stunts that’ll blow the minds of every viewer.

Here’s an inside look at the death defying pole dances and a recap of some of the most dangerous-looking routines we saw on P-Valley. 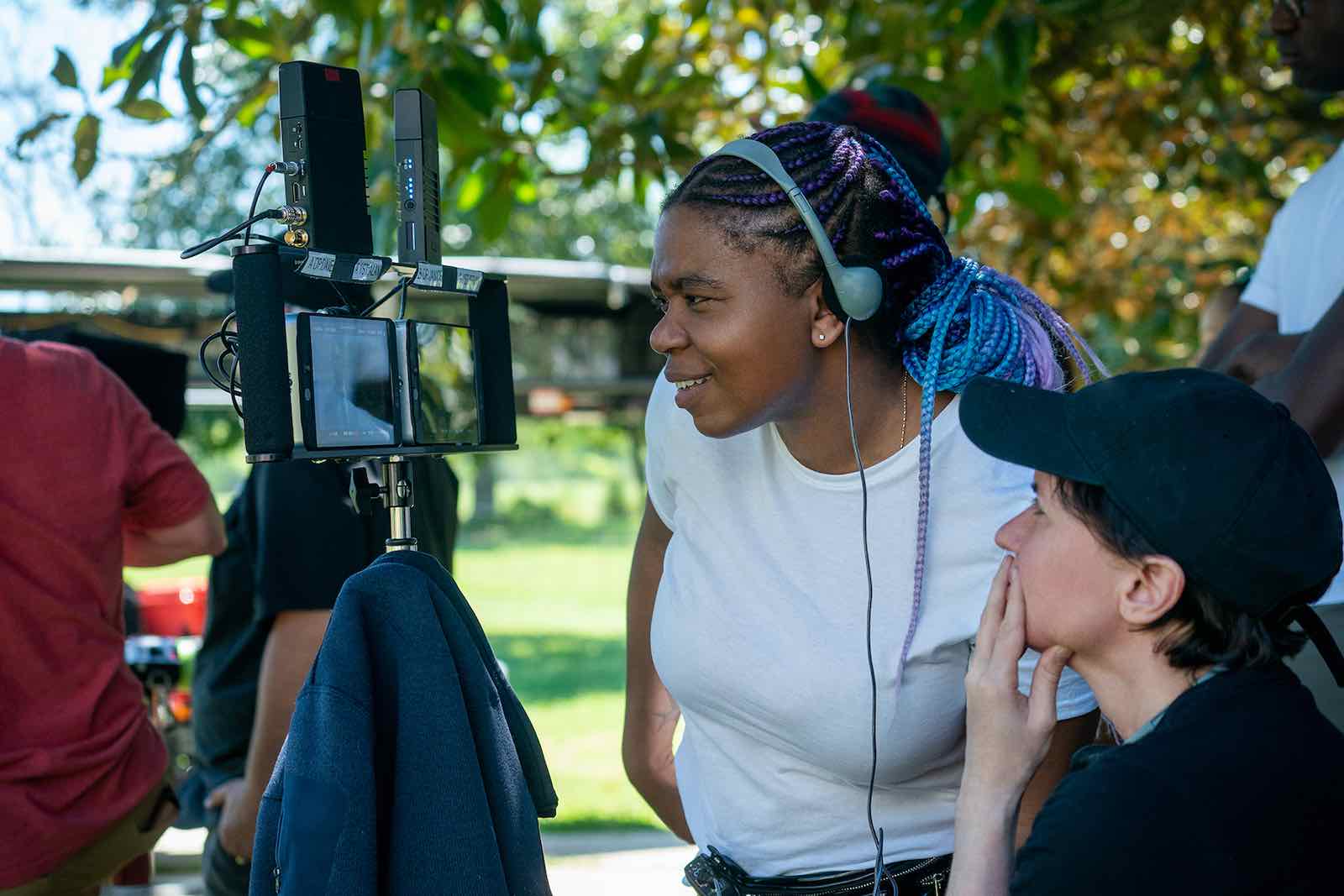 To prepare the actresses for the athletics of pole dancing, P-Valley creator Katori Hall put the cast through a bootcamp so they’d be able to perform all of the routines their characters pull off in the show. Hall wanted to impress even the best pole dancers in the world, so the actresses were put to the test with the month-long training program.

Each actress had her own stunt double, who also had to learn the complicated dances. The actresses were usually strapped to the pole with safety restraints and were primarily used for close-up shots, but they also voiced their determination in completing the stunts, despite their doubles. 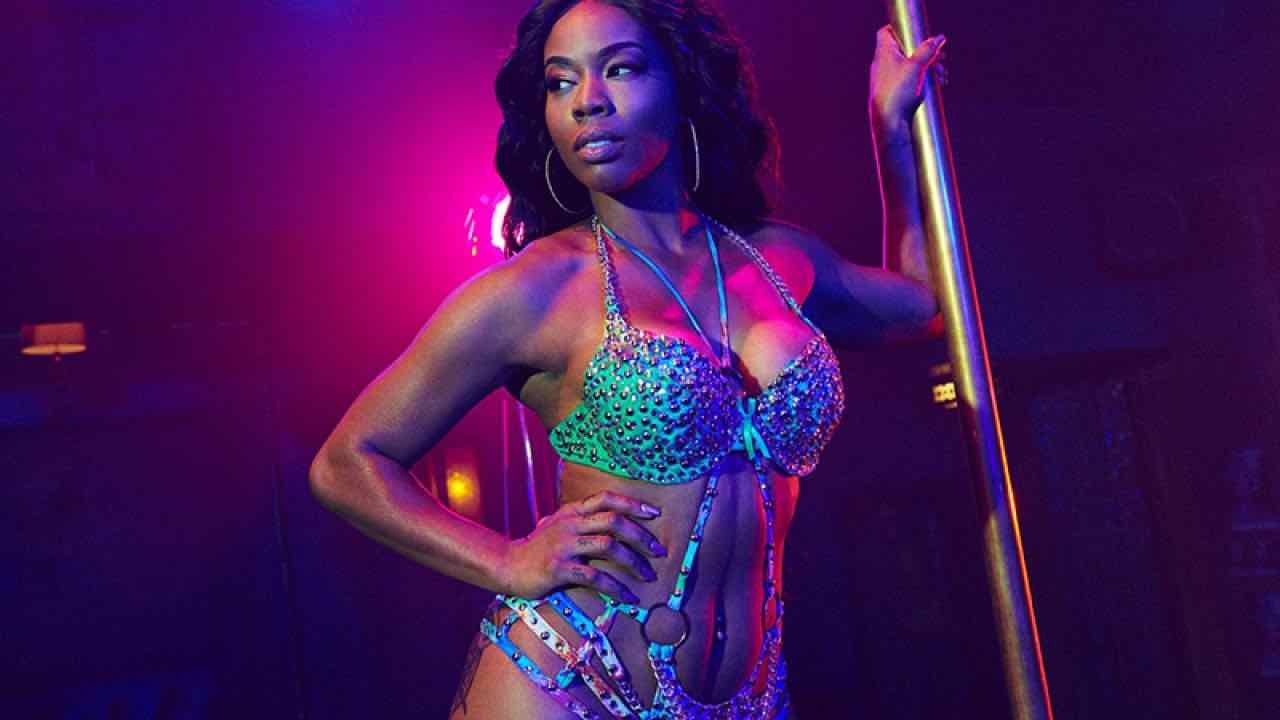 Choreographer Jamaica Craft is the mastermind behind the death-defying pole dancing stunts in P-Valley – including Mercedes’s explosive introduction in the pilot episode. Mercedes pulls off a move that’ll make anyone who’s afraid of heights get goosebumps.

Mercedes manages to climb dozens of feet up the pole and twerks upside down. With only her upper body to keep her stable, Mercedes has to not only focus on where her body is in space, but also how she can keep still on the pole without falling. It seems like an impossible move, but Mercedes pulls it off with ease. This routine truly showed off Mercedes’s incredible skills and why she was known as the top dancer of the club. 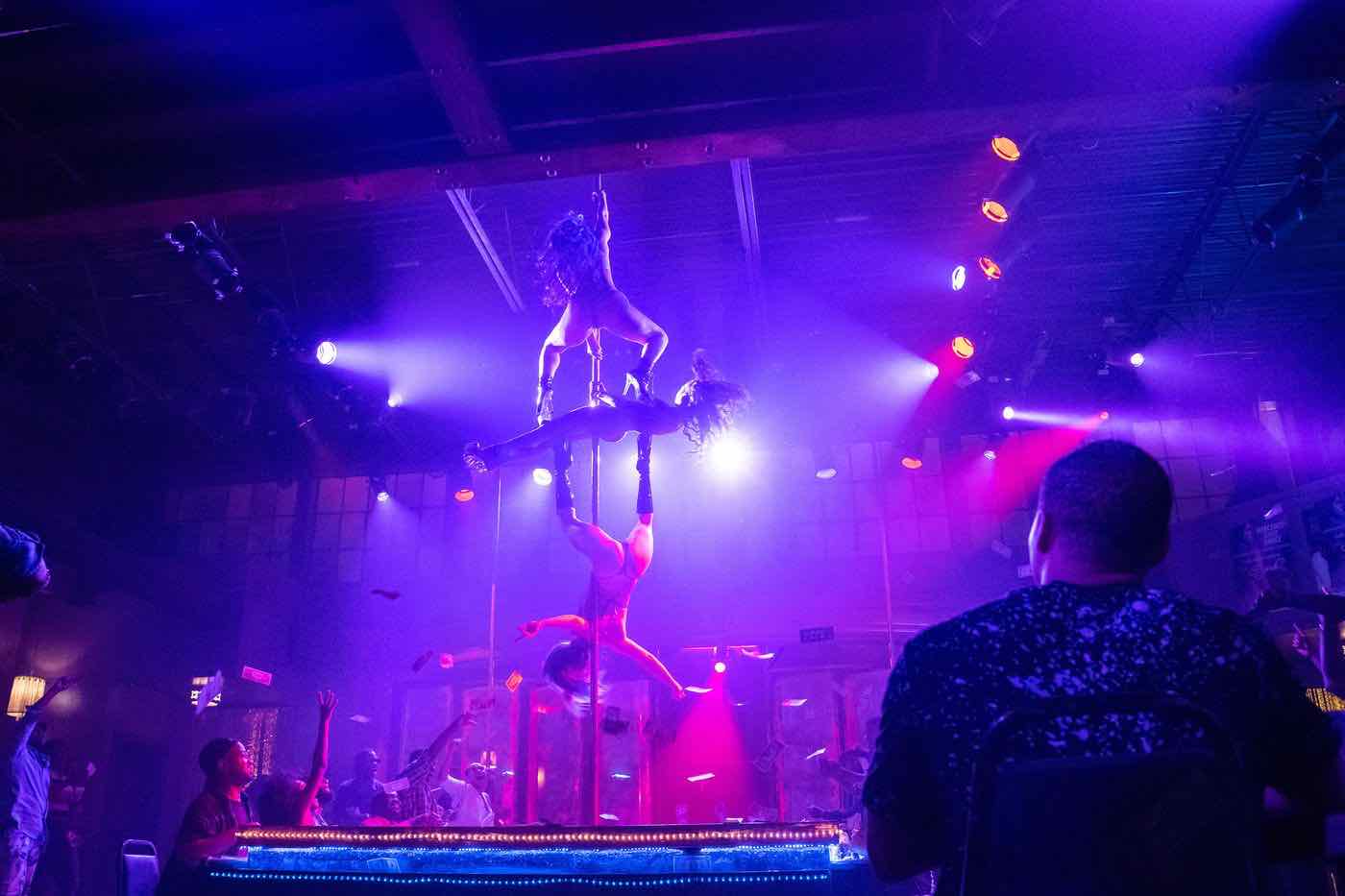 Mercedes, Keyshawn, & Gidget appear to be literally defying gravity in this craft-made pole dance routine where the dancers must leverage their weight & the strength of their legs to hold each other onto the pole. Creating a human surfboard, the actresses utilize the entire pole to hold themselves in place before slowly sliding down the pole.

Brandee Evans, who played Mercedes, almost didn’t do the stunt, but was determined to accomplish the complex trick. In an interview with Vanity Fair, Evans said, “I felt like I was flying, I felt like I was on top of the world”. 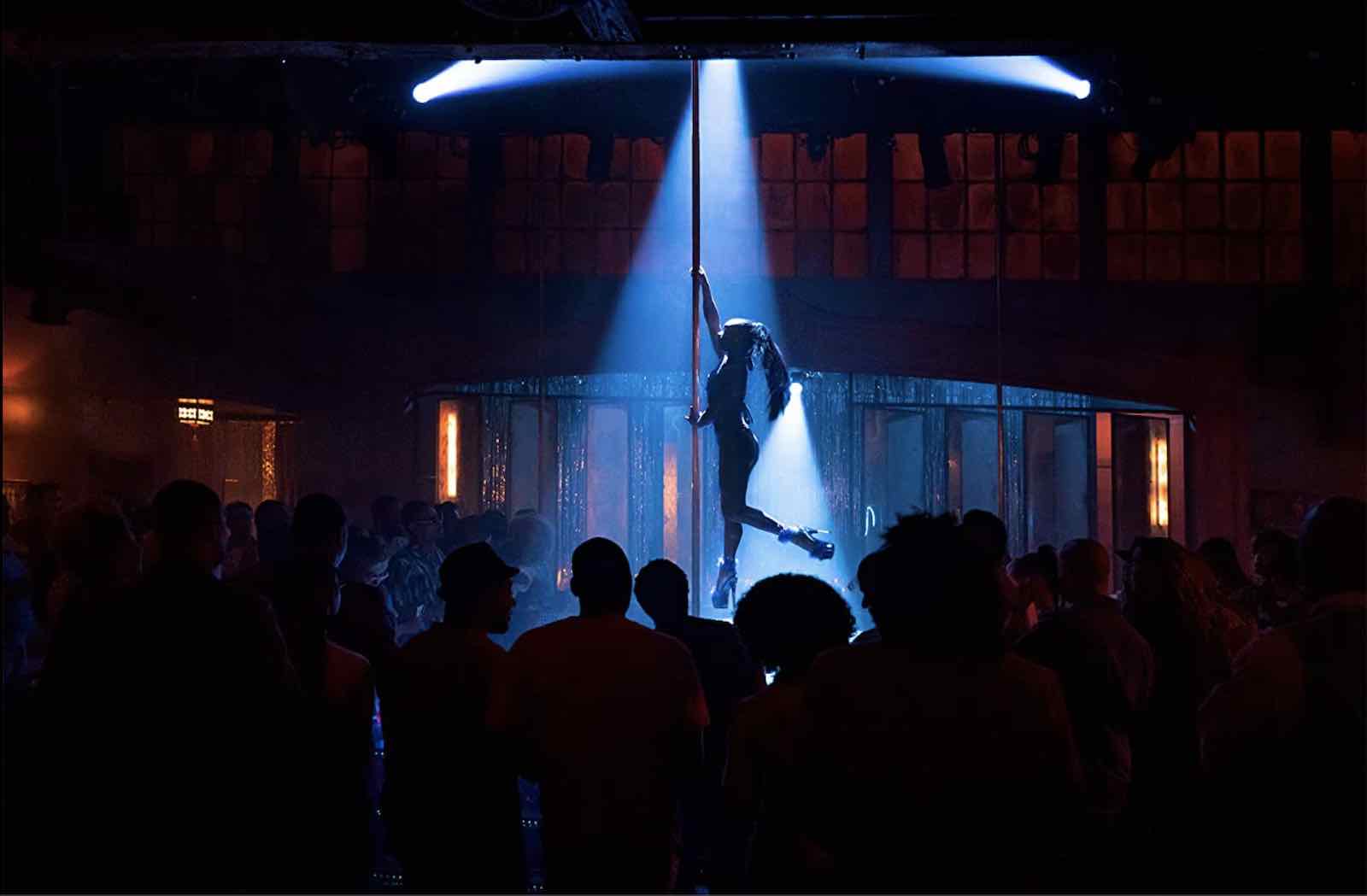 Keyshawn a.k.a. Miss Mississippi takes center stage in this incredibly impressive dance in episode four. Her character may be having a difficult time in the show, but Keyshawn isn’t letting her personal life get in the way of a fantastic performance.

In the most toe-curling move of the routine, Keyshawn uses her abs & split legs to slide down the pole. Keyshawn effortlessly rotates around the pole throughout the routine, showing off her skills as a pole dancer. She’s spinning almost as fast and as intricately as an ice skater, only she’s doing it all vertically. 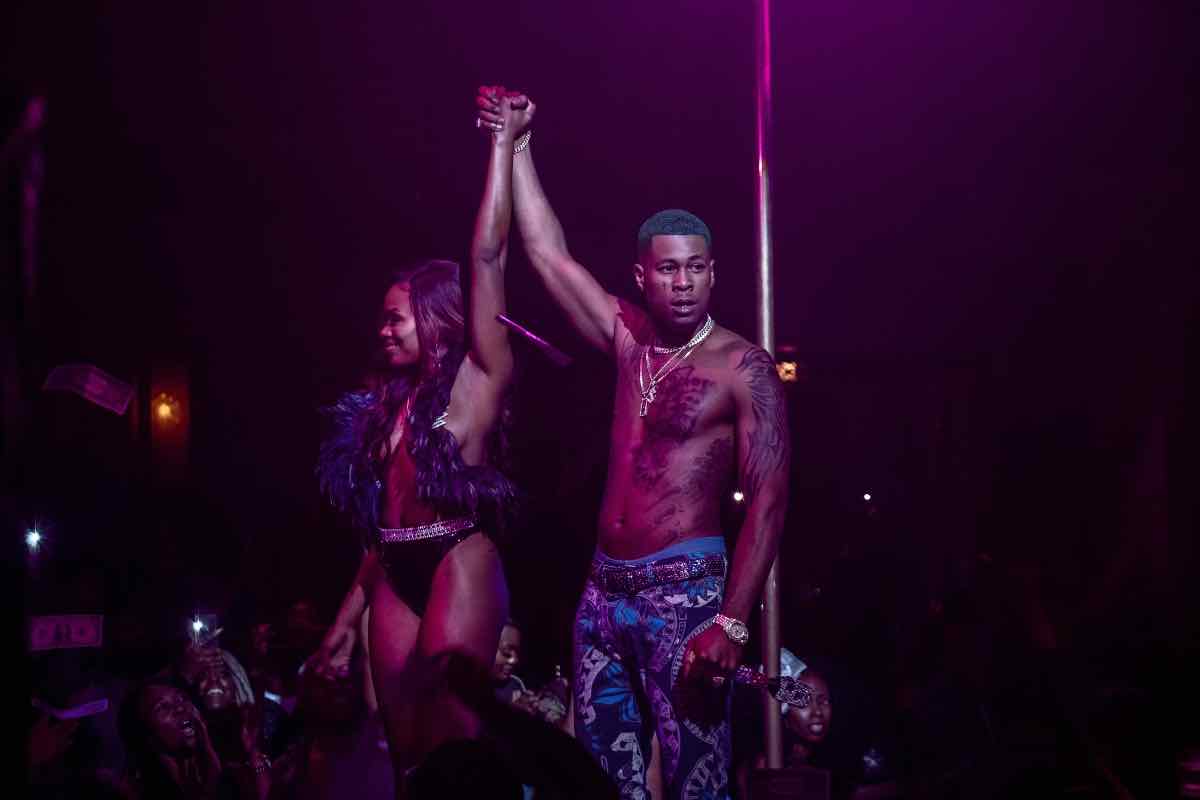 Miss Mississippi may be sharing the stage with rapper Lil’ Murda, but every eye is glued on Mississippi with her wild moves on the pole. Miss Mississippi is hanging upside down with only one arm while simultaneously spinning around the pole. The strength it would have taken to complete this move makes the dance even more stunning.

Mississippi is moving so quickly around the pole, it’s almost difficult to keep up. Nevertheless, watching Mississippi move is like watching a whirlwind of energy move along the pole. 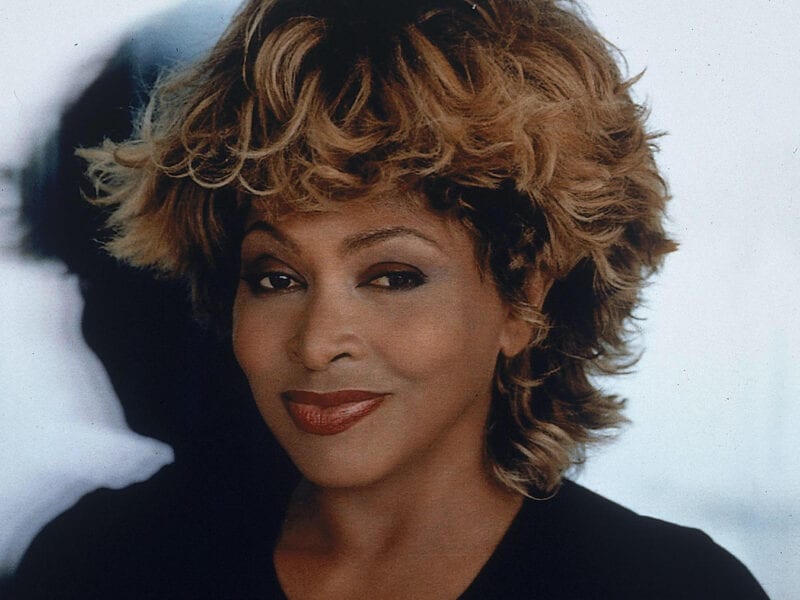 From then to now: All the shocking reveals from HBO’s new Tina Turner doc 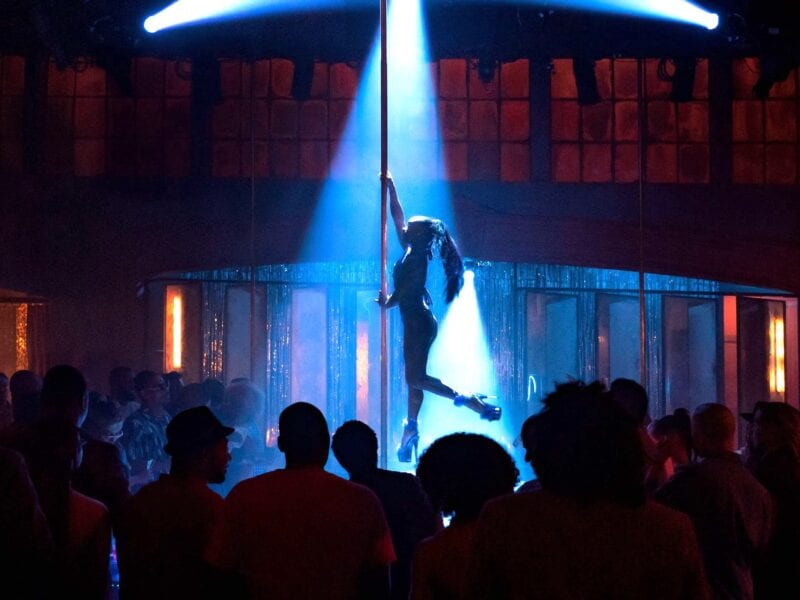 Strippers, queer identity, more: Why you need to watch ‘P-Valley’