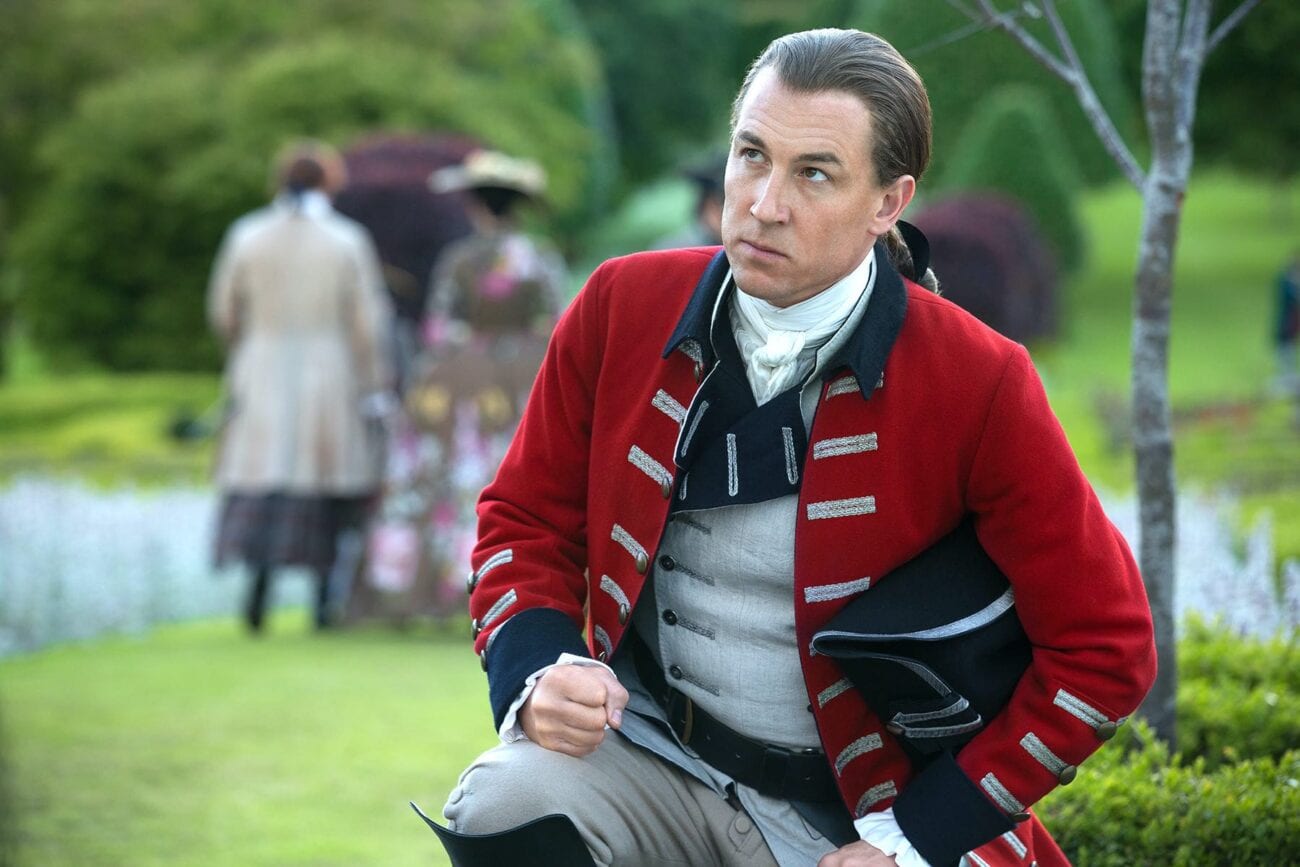 Fans of Outlander likely feel their blood boil just hearing the name Captain Black Jack Randall. We know ours does. Black Jack isn’t some overpowered supervillain with a ray gun set to blow up a city, and yet he seems so much more detestable than any other television character we can think of.

Tobias Menzies does such a good job playing the narcissistic, misogynistic, and sadistic character of Black Jack that when he portrays Frank Randall, the descendent of Black Jack, we can still barely look at him. So what makes him so disturbing? We’ve decided to take a look. 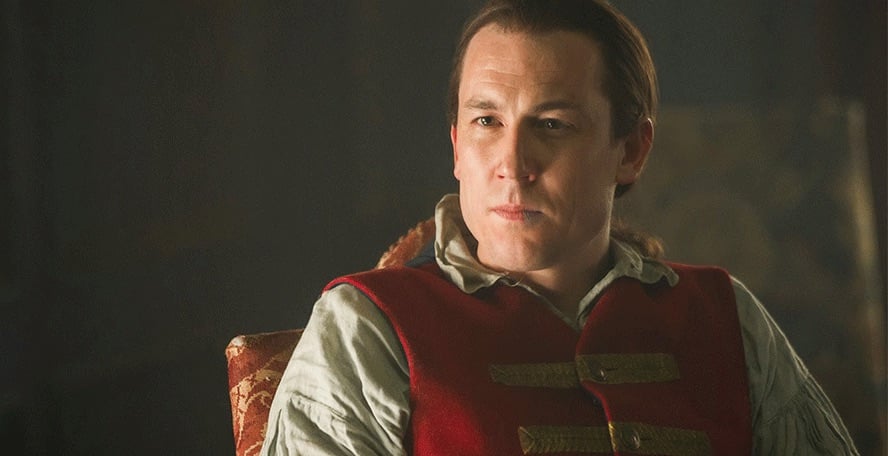 There are a number of sociopathic characters in media, but Captain Black Jack Randall in Outlander seems to be one of the more well written ones. He genuinely doesn’t feel anything. Sure, he gets mad when things don’t go his way and he has wants, but it’s clear he doesn’t feel emotions the way most people do. Being so devoid of feeling makes him terrifying because he doesn’t care about others or understand what their pain and suffering is like.

He views life as a game to be won and other people are just his opponents. He pretty much treats real people the way someone might treat a nonplayer character in a video game like GTA 5. 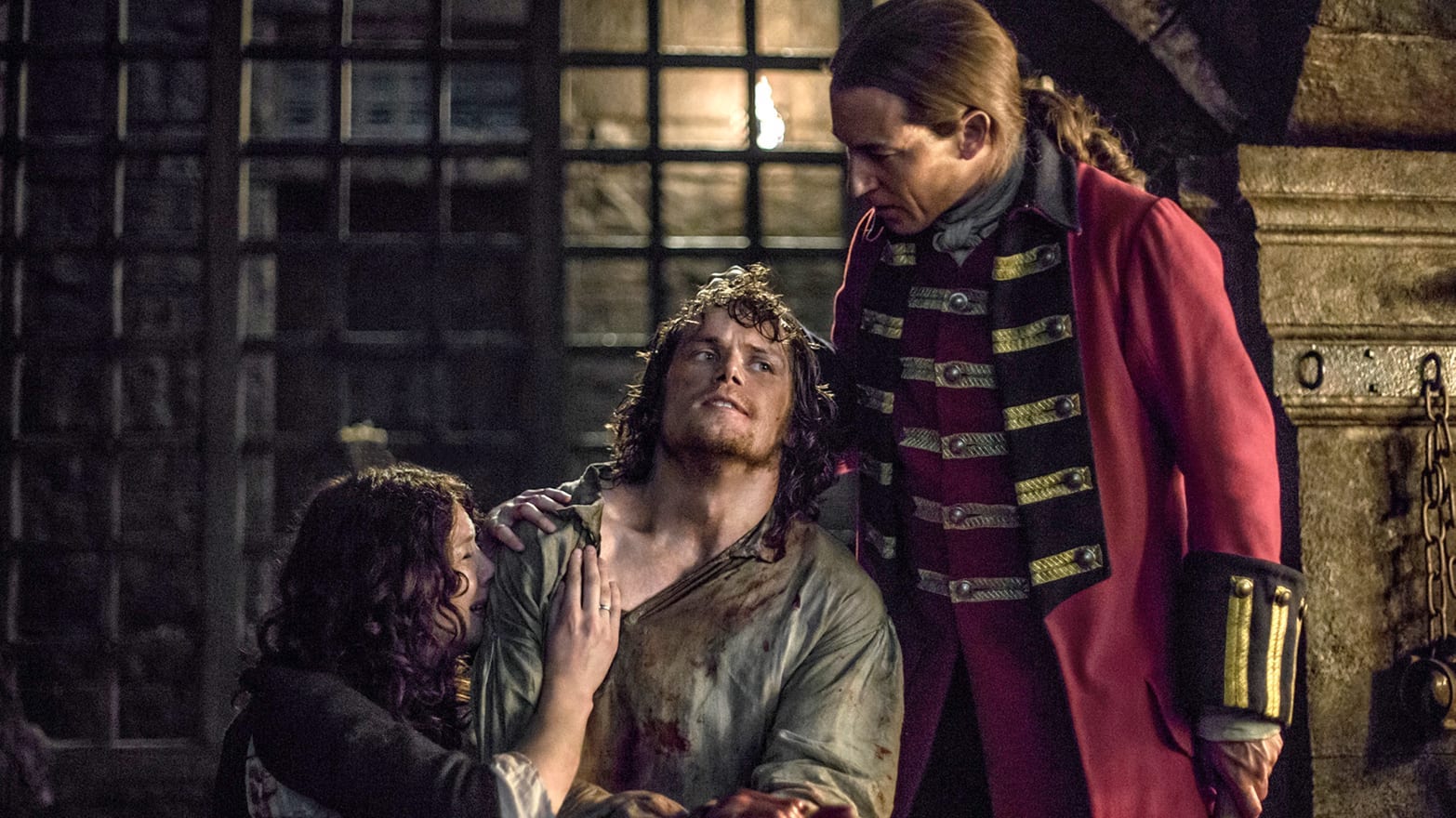 What little joy Black Jack experiences only occurs when he’s terrorizing others – he even says this. Black Jack sets his sights on Jamie Fraser and intends to make him miserable before killing him. Black Jack commits so many acts which are criminal and personal it’s hard to keep track.

He whips Jamie, tortures him in a dungeon until he’s delirious, rapes him, and even forces Jamie to brand himself with a mark to symbolize he’s owned by Black Jack. That’s not even all of it. 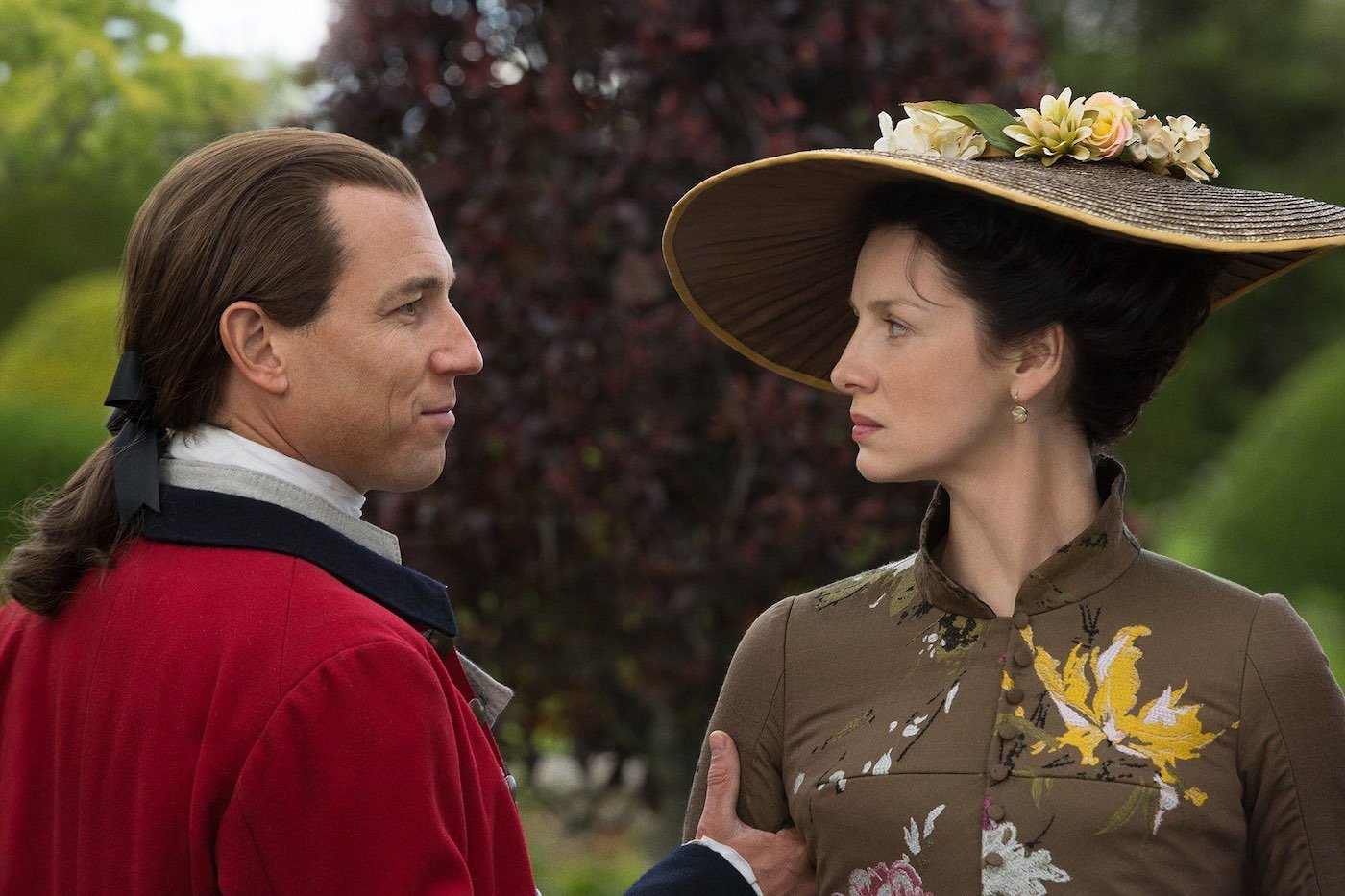 What Captain Black Jack Randall does isn’t like what we see from other villains. Others are surface level – they want the protagonist dead plain and simple. They just want to shoot the protagonist. But Black Jack wants to destroy his enemies’ very beings. His acts against them are almost intimate in a way. They attack one’s physical and mental wellbeing.

When you watch what Black Jack does you become subconsciously aware of your own physical being and how fragile it really is. 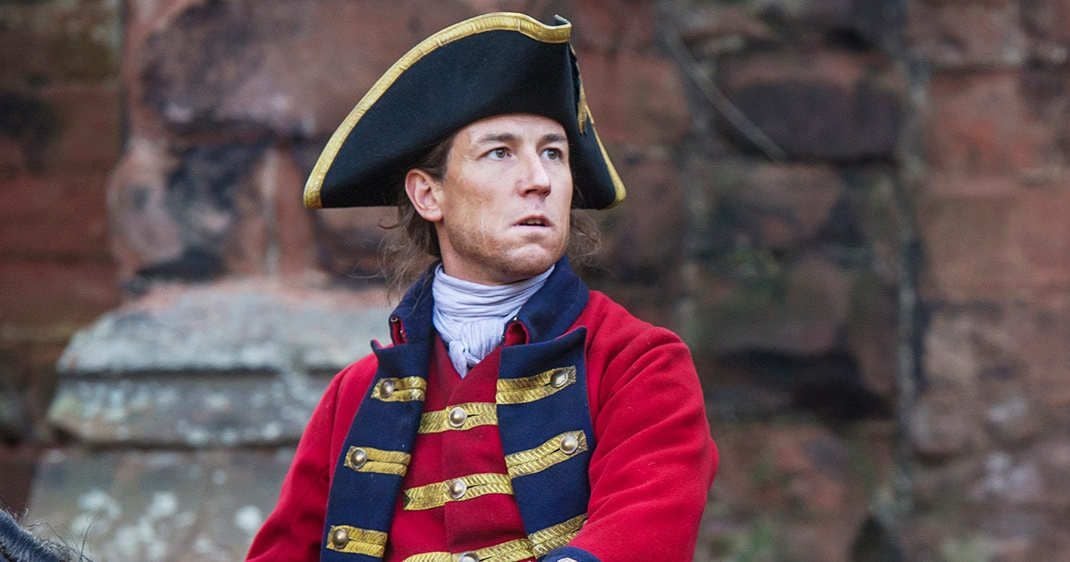 The way they depict Black Jack

The things Black Jack does, while, when totaled up seem like an impossible number of evil things to be done by one person . . . but they aren’t. Deep down viewers realize this and it’s a bit terrifying. Not only this, but the things he does are real.

When you watch a procedural crime drama and someone gets buried alive you feel removed from it to an extent, because being buried alive doesn’t happen very often. But some of the things Black Jack does are more common. Sexual harassment and abuse are rampant even in today’s society.

Outlander doesn’t gloss over Black Jack’s evil ways either. It depicts what he does in full color without being coy or cutting away. They show us exactly what Black Jack does and how he does it. It’s pretty hard to watch sometimes because the acting is so good it feels real. The scene where Jamie is getting whipped makes us flinch every time the whip cracks. 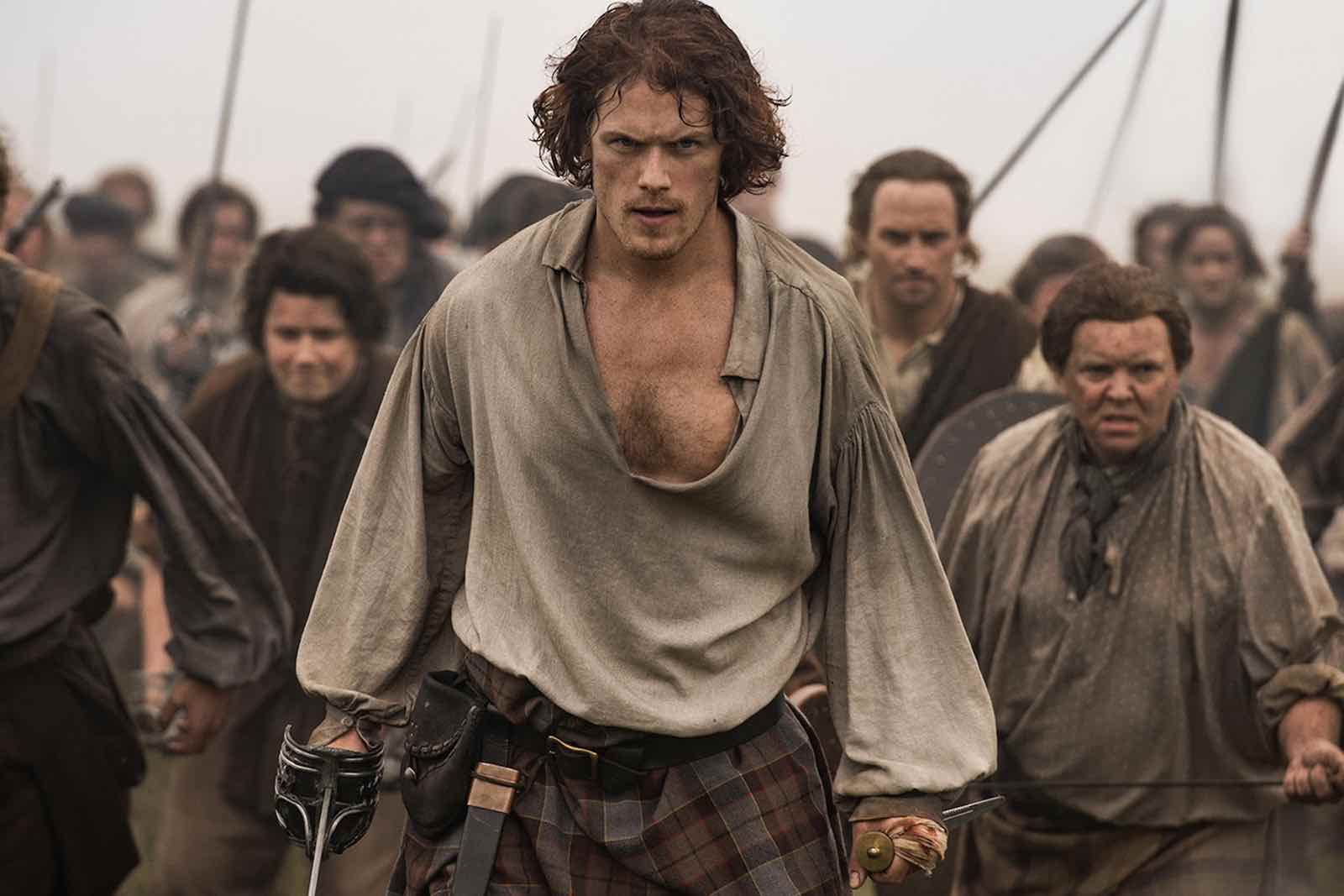 In the end, we have to applaud the writers, the directors, and of course Tobias Menzies for the way they’ve brought Captain Black Jack Randall to life. He’s despicable and makes our skin crawl, but it comes down to all of those people doing their jobs and doing them shockingly well.

Black Jack is very possibly the most menacing and most easily hateable character we’ve seen on television.