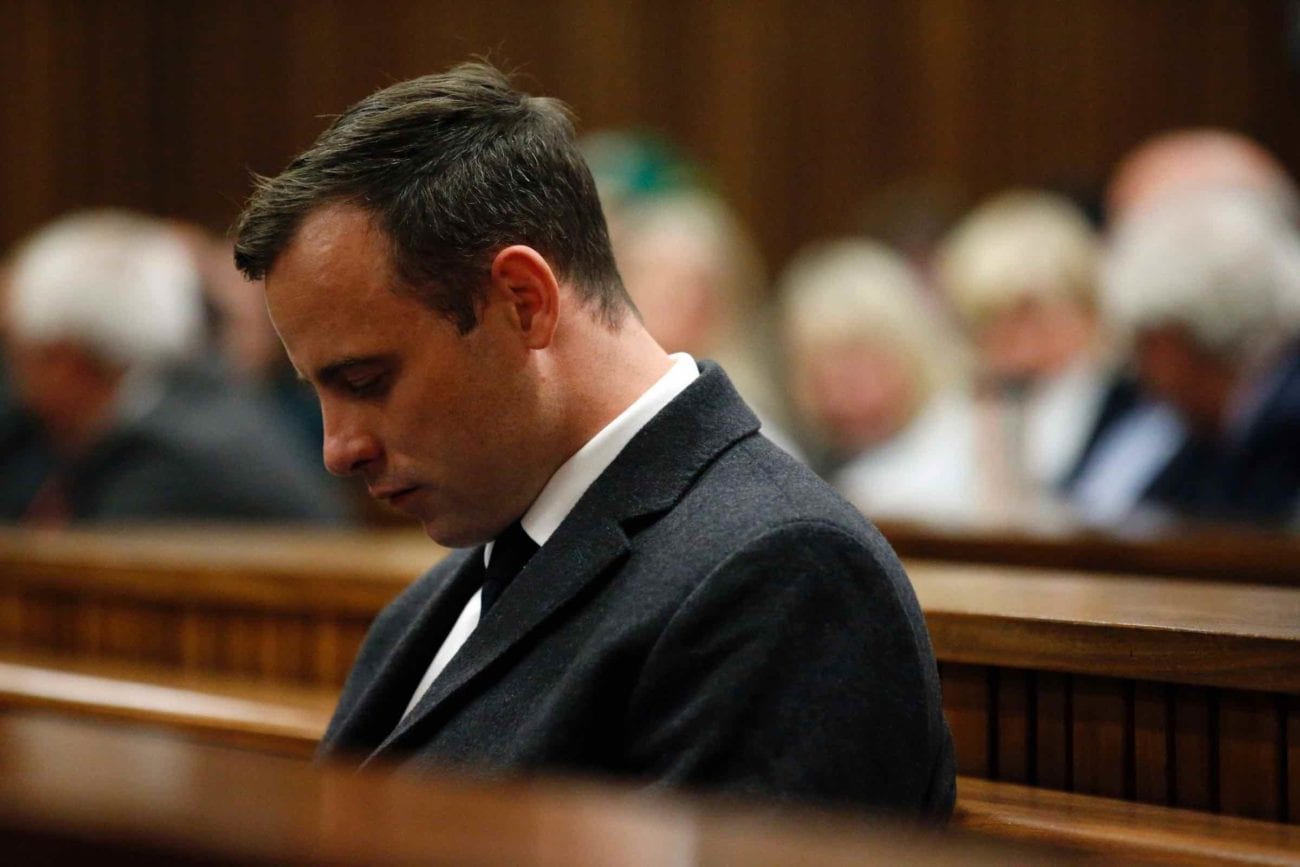 Oscar Pistorius: The bloodthirsty tale of the athlete’s downfall

In 2012, Oscar Pistorius was on top of the world. The six-time Paralympic gold medalist became the first amputee to compete in track events at the Olympics. He was revered in his home country of South Africa and known worldwide as the “Blade Runner” for his prosthetic legs.

Oscar Pistorius became a global inspiration, a man whose determination to succeed despite odds stacked against him awed his fans and competitors alike. That’s why it was so shocking when it all came crumbling down. 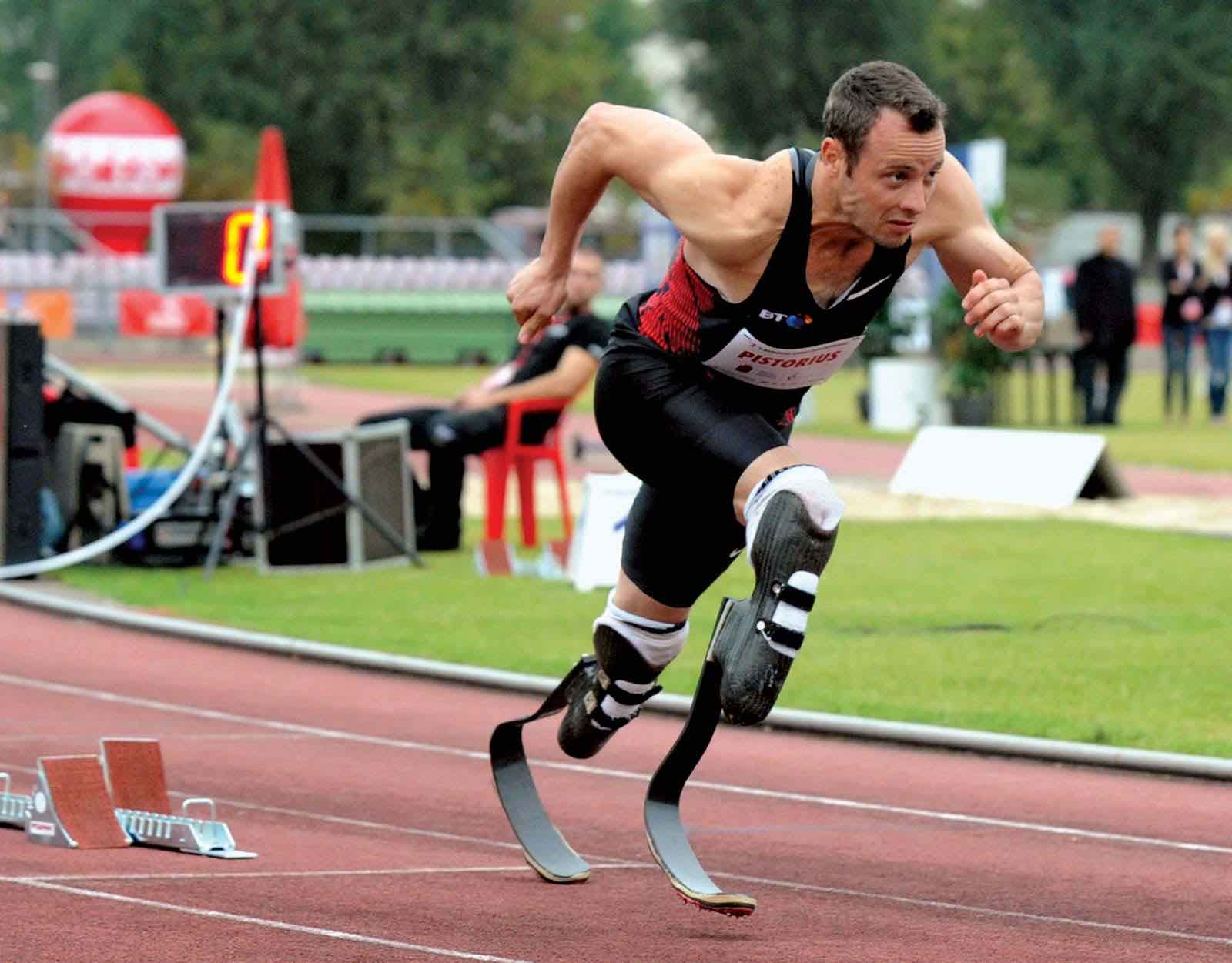 In 1986, Oscar Pistorius was born without a fibula in either leg, and his parents were forced to have both legs amputated just below the knees before his first birthday. The middle of three children, Pistorius was raised in a middle-class family, with parents who divorced when he was six years old. His mother died when he was only 15, due to drug complications after a hysterectomy.

Never letting his amputated legs hold him back from his love of sports, Oscar Pistorius was walking on his prosthetic legs by the time he was 18 months old. He played any sport that would have him, from cricket to rugby to wrestling.

When Oscar Pistorius was 16, he began running to rehabilitate his knee, which he had injured playing rugby. It was only two years later that Pistorius won gold in the 200-meter race at the 2004 Athens Paralympics. 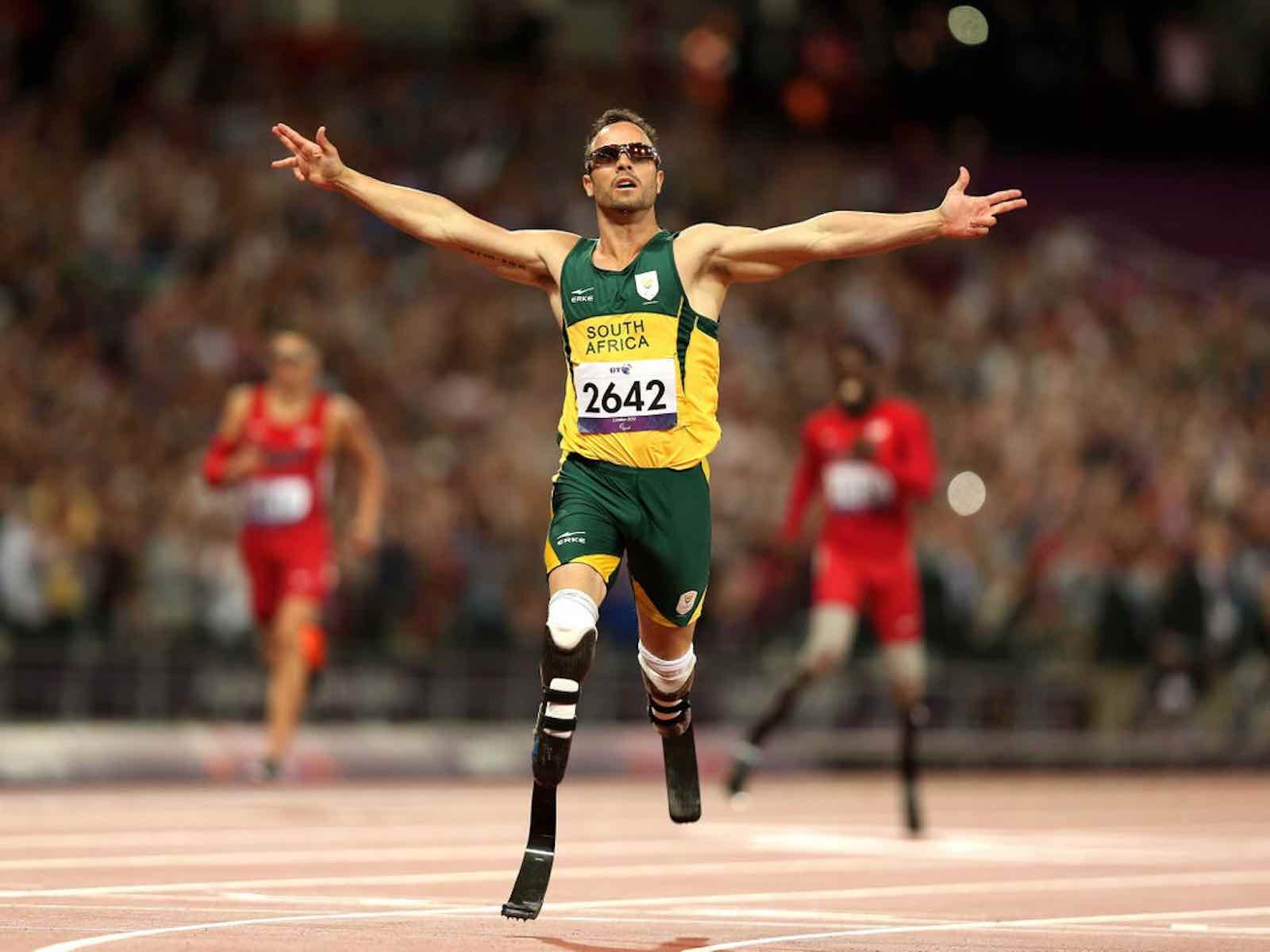 Success in Athens led Oscar Pistorius to begin to challenge able-bodied runners in various South African National races. As he gained recognition, he received invites from the European track and field circuit as well.

Pistorius’s success was not without controversy, and in 2007, the International Association of Athletic Foundations (IAAF) found his prosthetics gave him an unfair advantage. He was banned from competing against able-bodied athletes. Pistorius quickly appealed, and the ruling was overturned in May 2008. 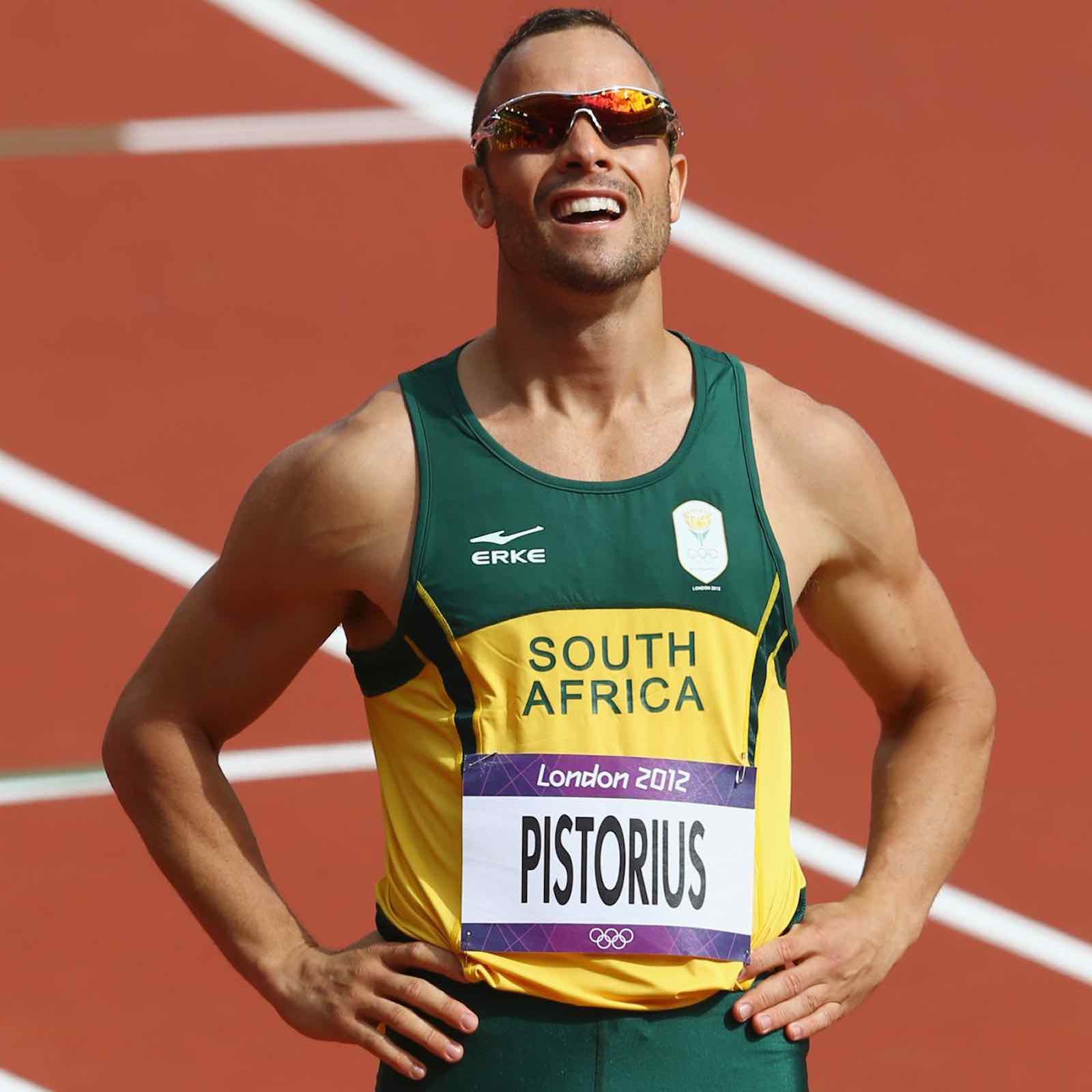 Though he ultimately triumphed, the controversy over Oscar Pistorius’s prosthetics kept him from competing in the 2008 Beijing Olympics. Determined that nothing would set him back again, his training continued, and he won three gold medals in the 2011 IPC Athletic World Championships as well as gold in the 400-meter and 100-meter events at the BT Paralympics World Cup.

Oscar Pistorius’s Olympic dreams were finally realized in the 2012 London Olympics, where he qualified for the South African team in the 400-meter race, marking his place in history before being eliminated in the semifinals. 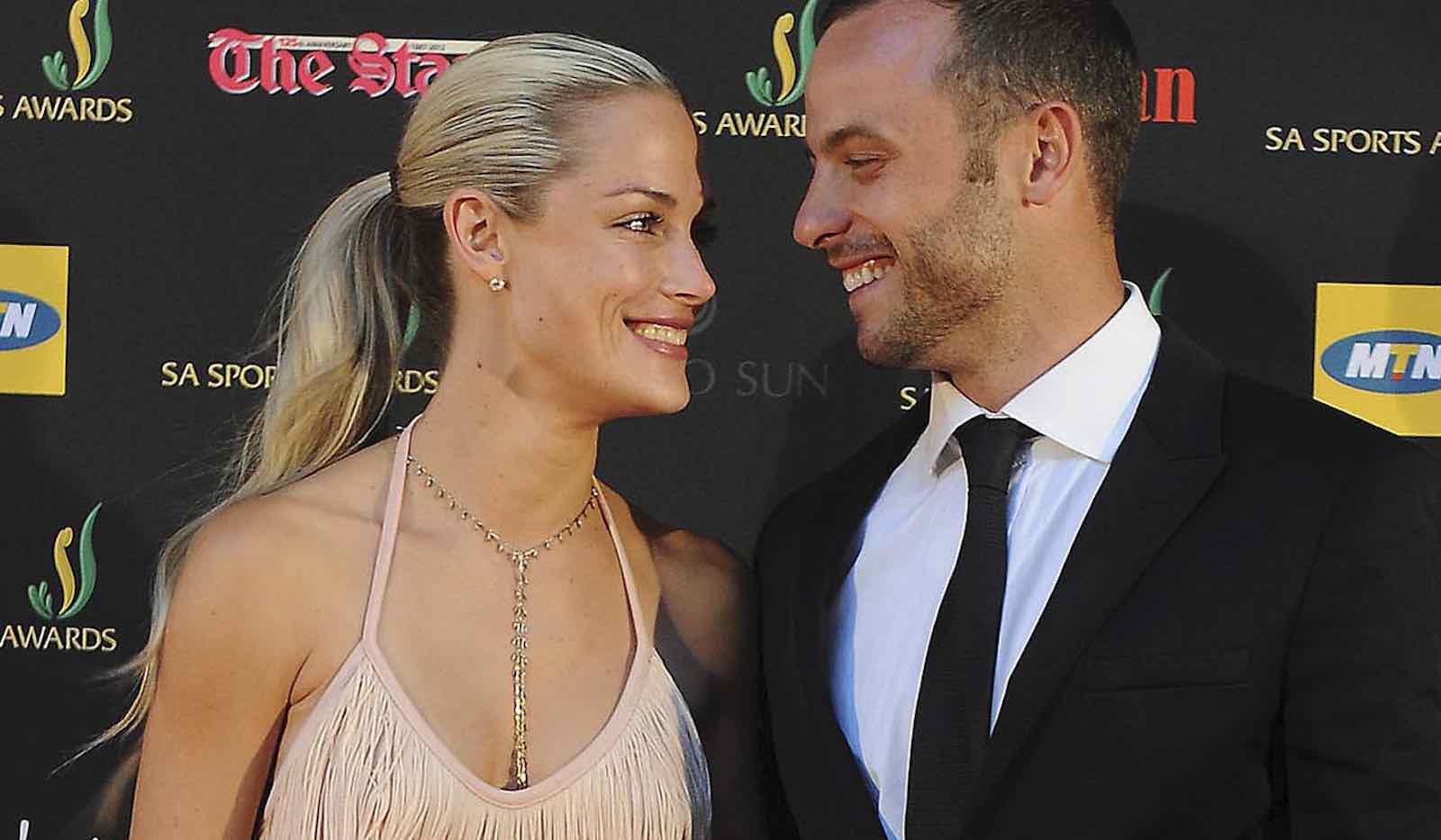 The death of model Reeva Steenkamp

Oscar Pistorius and Reeva Steenkamp met in November 2012. Pistorius was still basking in the glory of his Olympic run, Steenkamp was a model, paralegal, and reality TV star. The two were introduced through a mutual friend and Pistorious asked her to be his date at an awards event that night. They quickly became an item.

Only three months later, on Valentine’s day, 2013, Reeva Steenkamp was shot and killed in Oscar Pistorius’s home. Steenkamp had been shot through the bathroom door in both her head and arm. Five days later, Pistorius admitted to killing Steenkamp, claiming he thought she was an intruder. 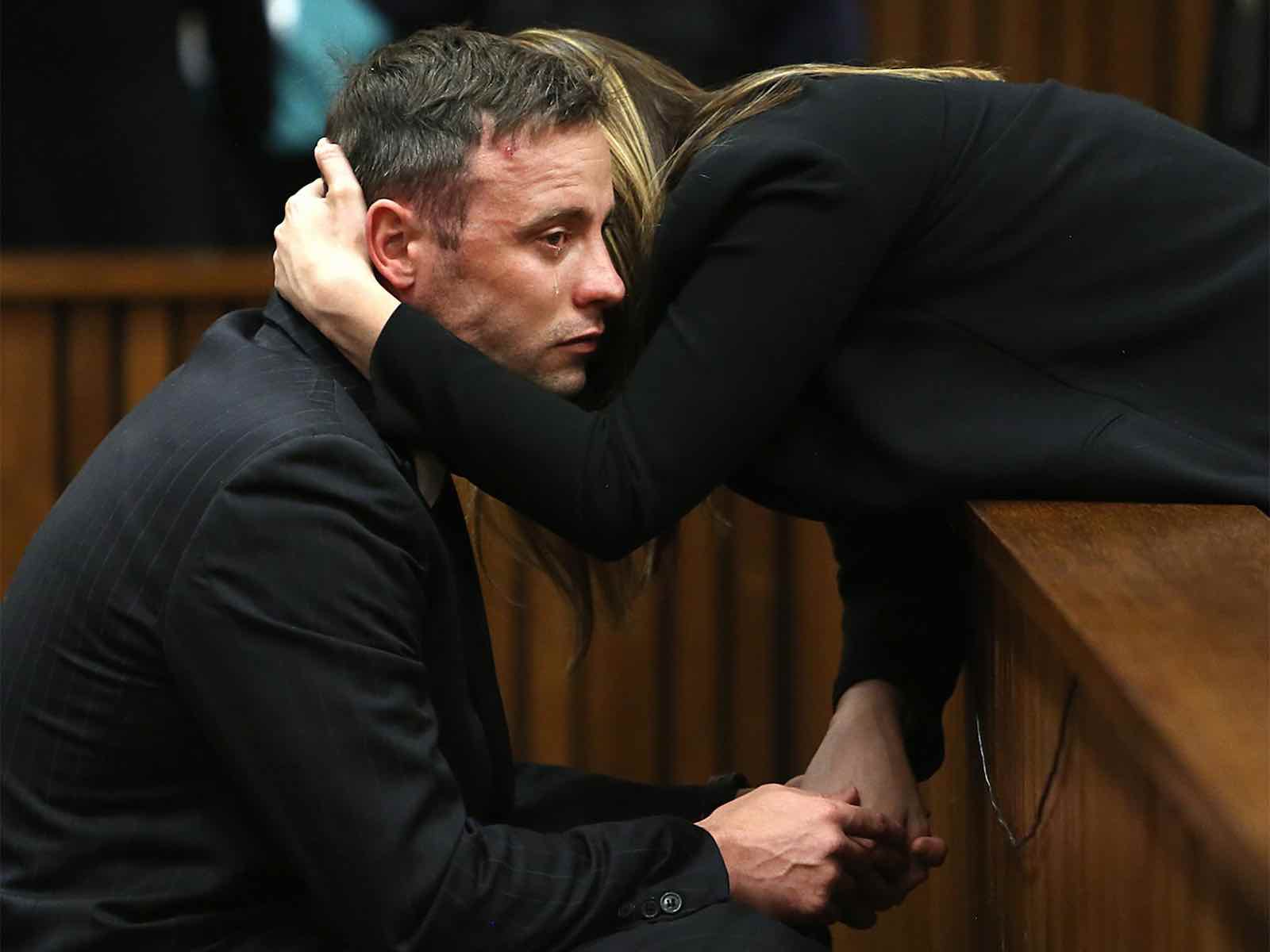 In the six month trial that ensued, Oscar Pistorius clung to his story that Reeva Steenkamp’s murder was an accident, based on his vulnerability without his legs and his belief that Steenkamp was an unknown intruder. The prosecution claimed that the couple had fought and that Steenkamp had locked herself in the bathroom in fear before being shot.

The dramatic trial saw Pistorius breaking down in tears on the stand and his lawyers claiming that he had a “generalized anxiety disorder”, causing the judge to stop proceedings for a full mental health evaluation. Pistorius was eventually deemed to have no such disorder. 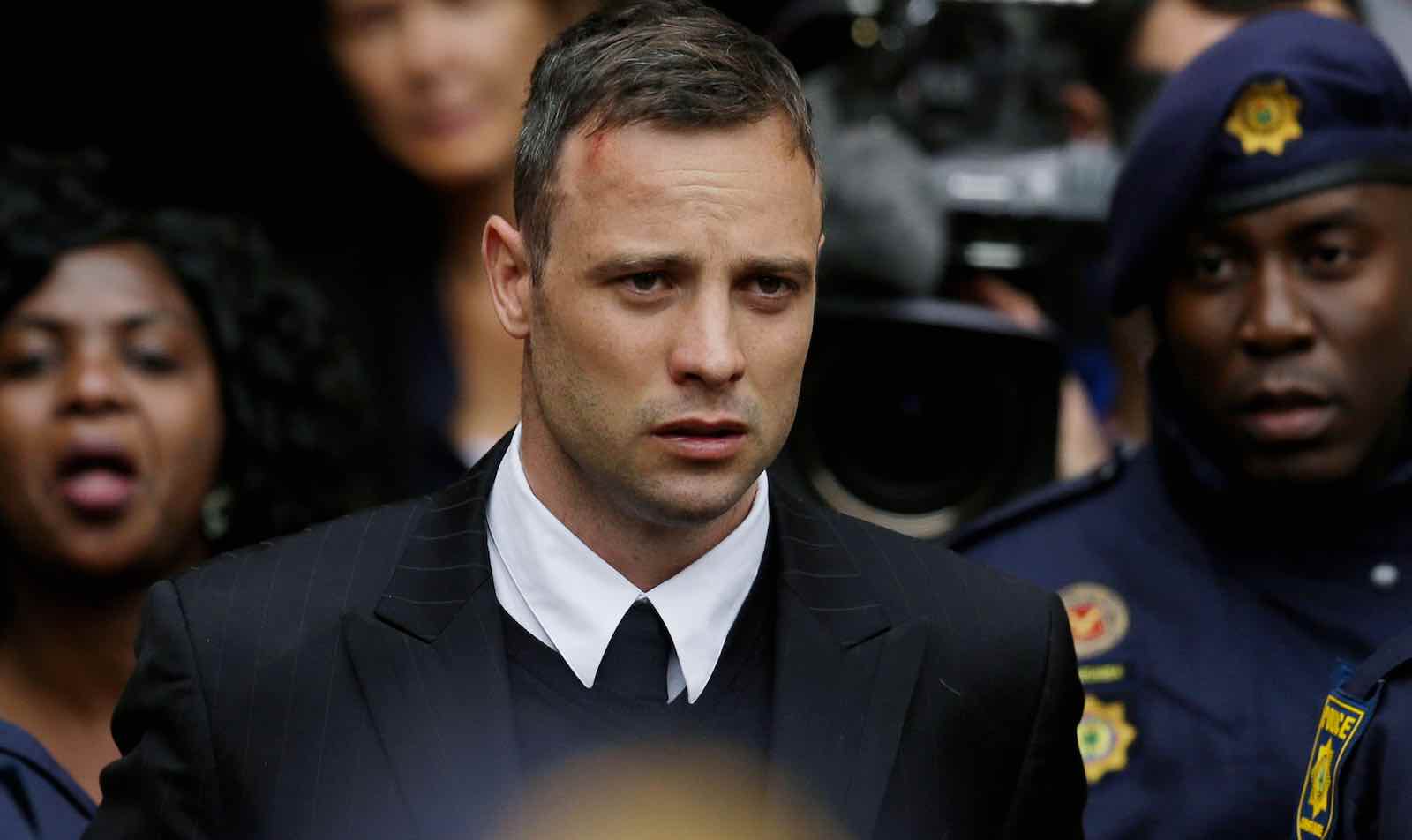 The six-month trial ultimately found Pistorius guilty of “culpable homicide”, and he was sentenced to five years in prison. Less than a month later, Pistorius was released and placed under house arrest for four years.

The South African appeals court then took on the case, and determined that Oscar Pistorius was guilty not of culpable murder, but of first-degree murder, and he was eventually sentenced with 6 years in prison. A year later that sentence was found to be “disproportionately lenient” and Pistorius was sentenced to thirteen years and five months in prison. 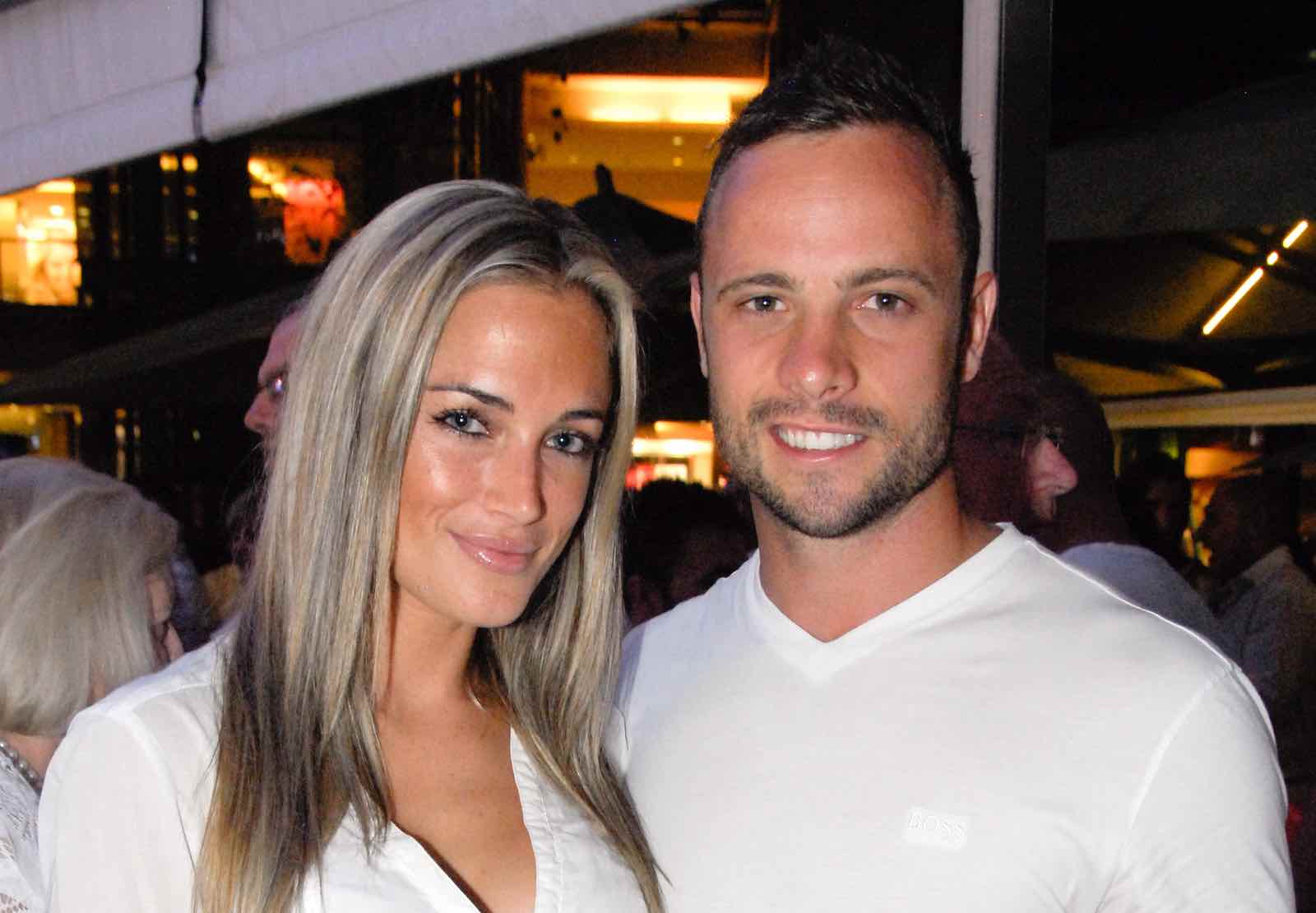 The untold side of Oscar Pistorius

Prior to Reeva Steenkamp’s death, the headlines’ version of Oscar Pistorius was nothing short of heroic. However, there was another side to the talented athlete.  He was a self-professed adrenaline junkie, racing mini-motorbikes at the age of four. He had a reckless love for both guns and speed.

His parents encouraged Pistorius’s adventuresome spirit and seemed to laugh off his quick temper and hotheadedness. When he got into his first fight at the age of 9, his father taught him to box. Pistorius then rarely backed down from a fight, lashing out quickly when provoked. 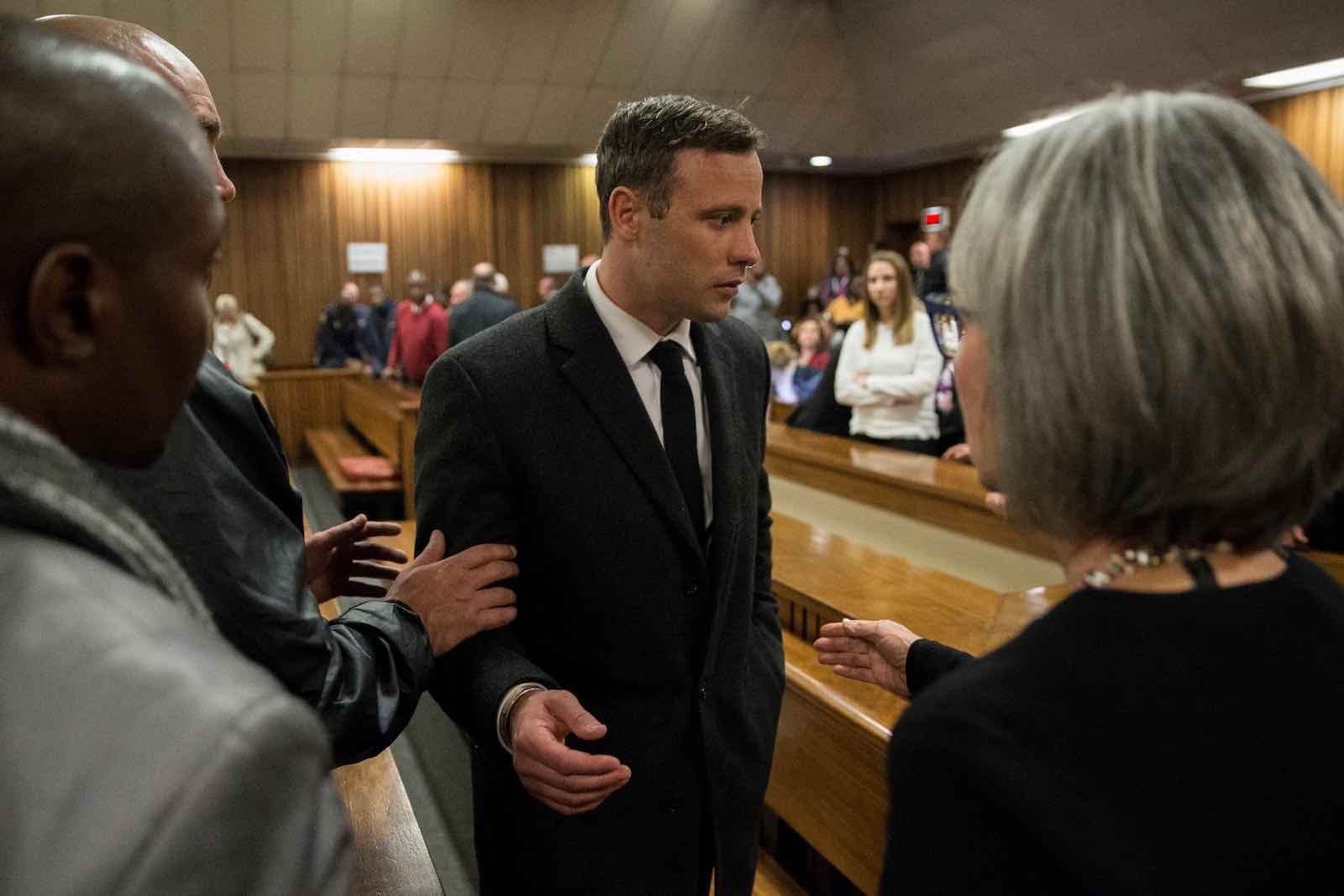 As he became more famous, Oscar Pistorius’s aggressiveness and irritability grew, but the media who held him up on a pedestal refused to report on his increased volatility in the period leading up to Reeva Steenkamp’s death.

Pistorius’s misdeeds became increasingly public, with a gun fired in a restaurant and in a car’s roof, a speedboat accident that almost killed someone, and verbal and physical altercations all occurring in the period leading up to Steenkamp’s murder.