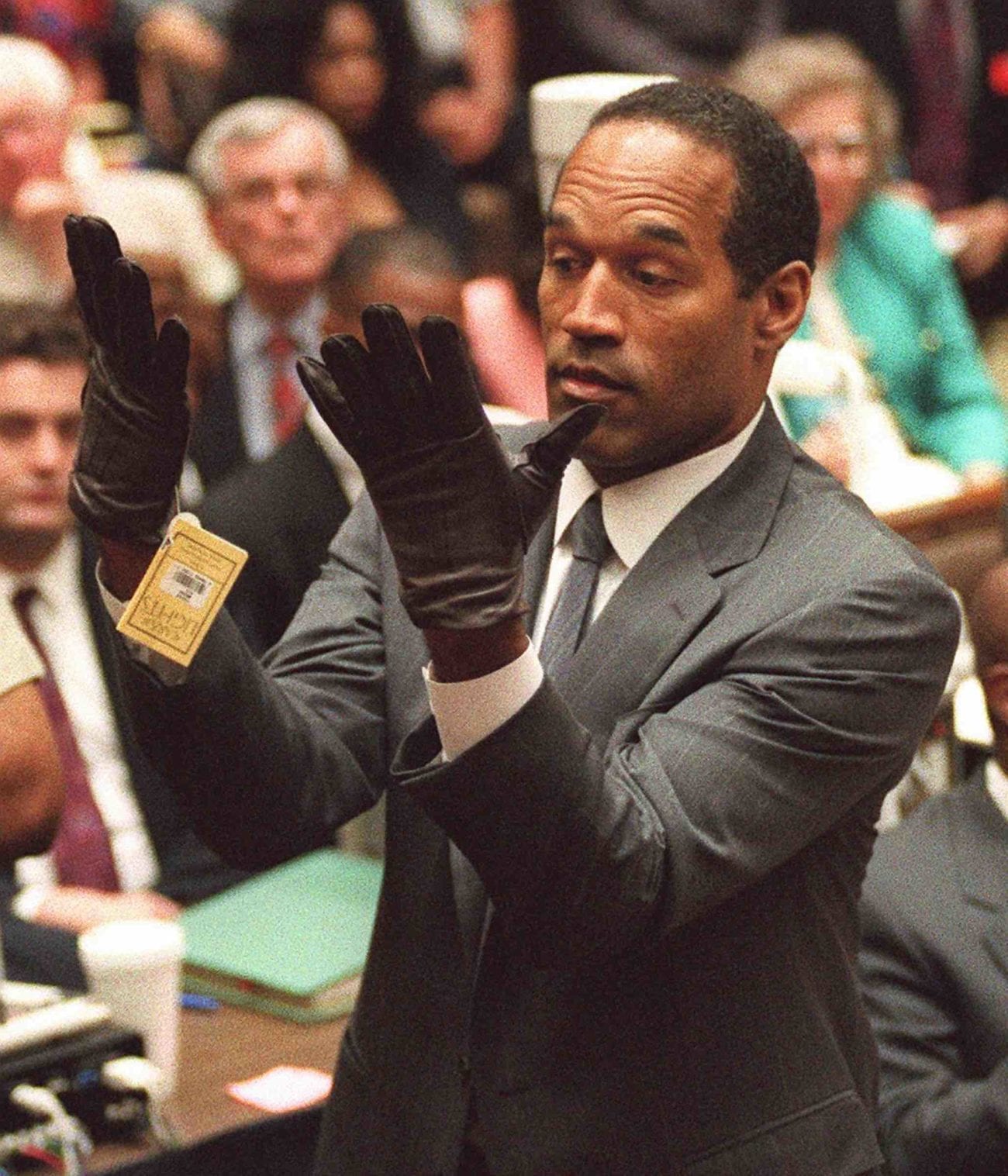 The trial of O.J. Simpson is one of the most infamous trials in criminal justice history and still remains a topic of interest today. Here at Film Daily, we’d like to give you the full scoop on the crime, trial, and events long after the murders.

Buckle in. It’s going to be a bumpy ride.

The events before the crime and what was left behind

On June 13, 1994, at 12:10 am, the bodies of Nicole Brown Simpson and Ronald L. Goldman were found outside Nicole’s Brentwood townhouse stabbed to death. Nicole’s dog was said to be what led neighbors to their corpses.

Nicole and her family had eaten dinner at a restaurant called Mezzaluna at 6:30pm that same night. At 9:30pm Ronald Goldman went to pick up Nicole’s mother’s glasses at the restaurant because she had left them behind.

At the time that Goldman returned from the restaurant, O.J. and a guest named Brian Kaelin had returned to O.J.’s house after a run to McDonald’s. O.J. had a red eye flight from L.A. to Chicago that night, so a limo driver pulled up at O.J.’s house at 10:25pm. The flight was supposed to leave at 11:45. 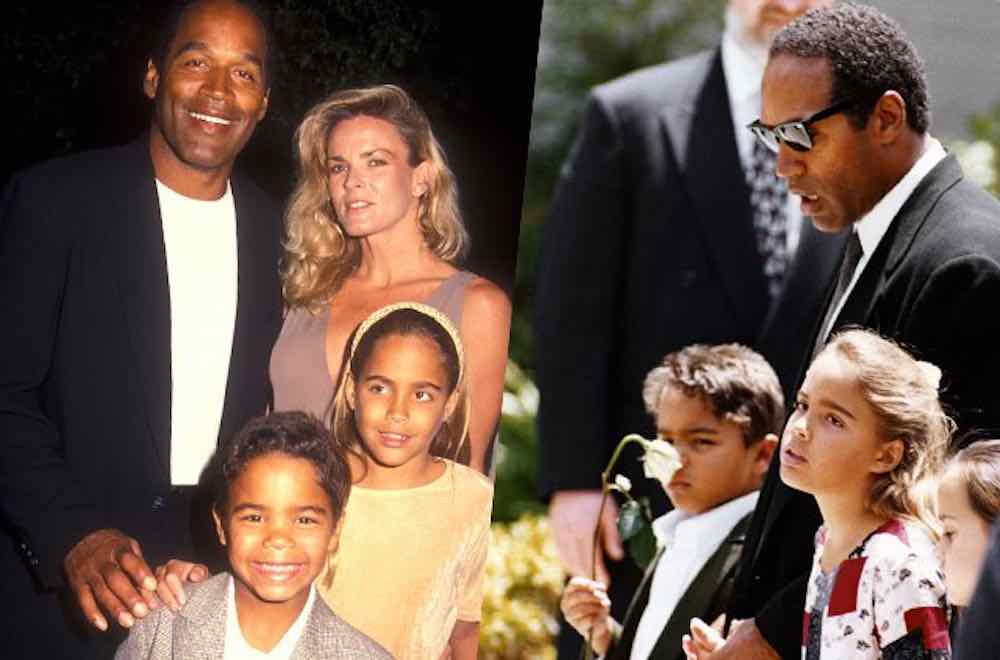 Just before 11pm, O.J. finally answers the door and says he had overslept and not opened the door because he was in the shower. The things left at the crime scene were: a bloody glove, a knitted hat, and a bloody footprint.

A prosecutor named Marsha Clark said that O.J.’s first response to the news that his ex-wife was dead was to ask “Who killed her?” Sort of fishy, no? Why had he assumed she’d been murdered? 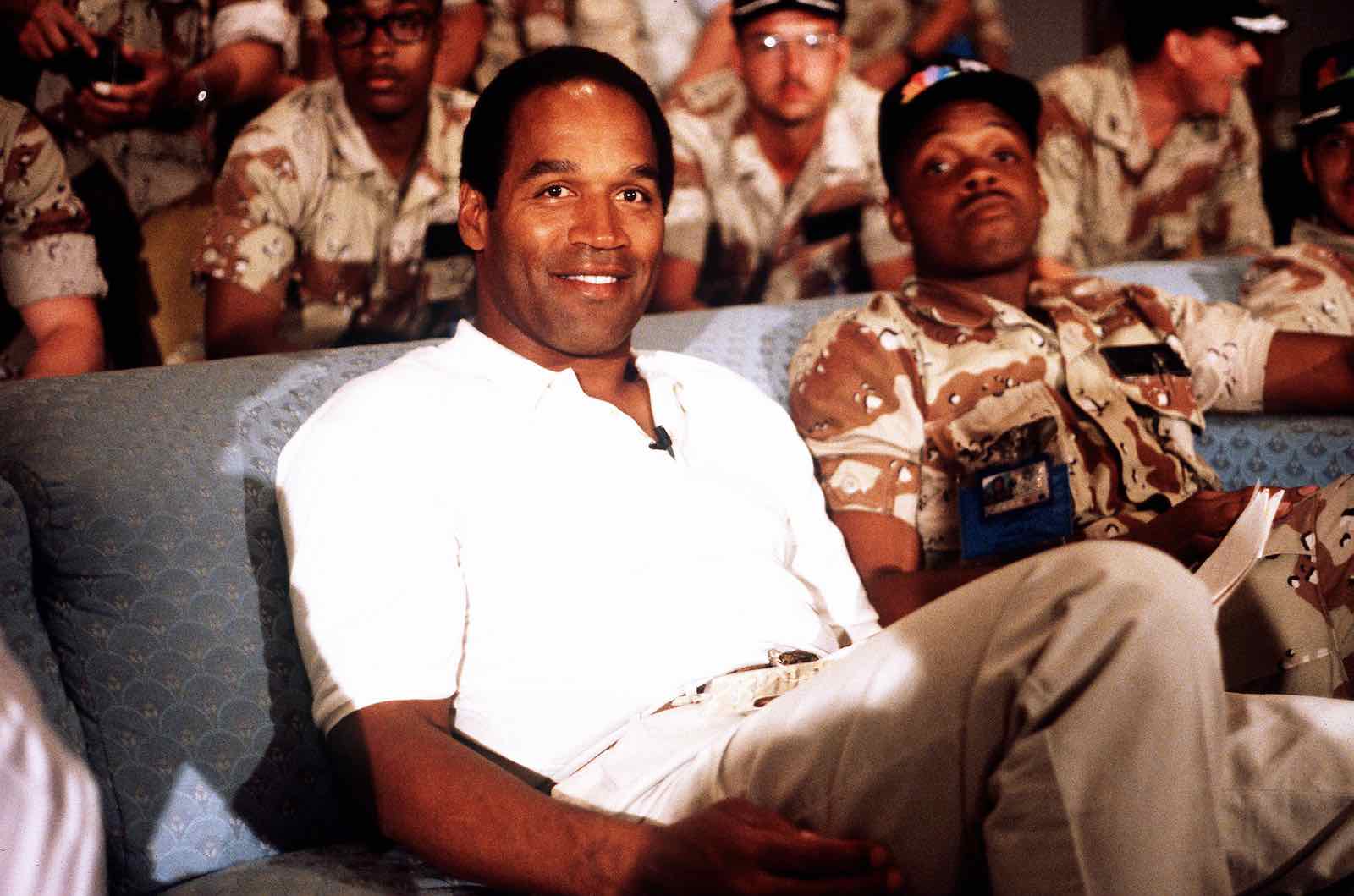 O.J. was interrogated for three hours and then released. Four days later, on June 17, 1994, O.J. was charged with two counts of murder. O.J. didn’t surrender to the police so he was labeled a fugitive. The famous low-speed police chase that followed O.J. in a white Ford Bronco is well-known for being publicized on the news.

Apparently, O.J. was not even the one driving Bronco. His friend, A.L. Cowlings, was driving it, and he later told police the reason he didn’t stop was that O.J. had a gun held to his own head, threatening to commit suicide if Cowlings stopped. 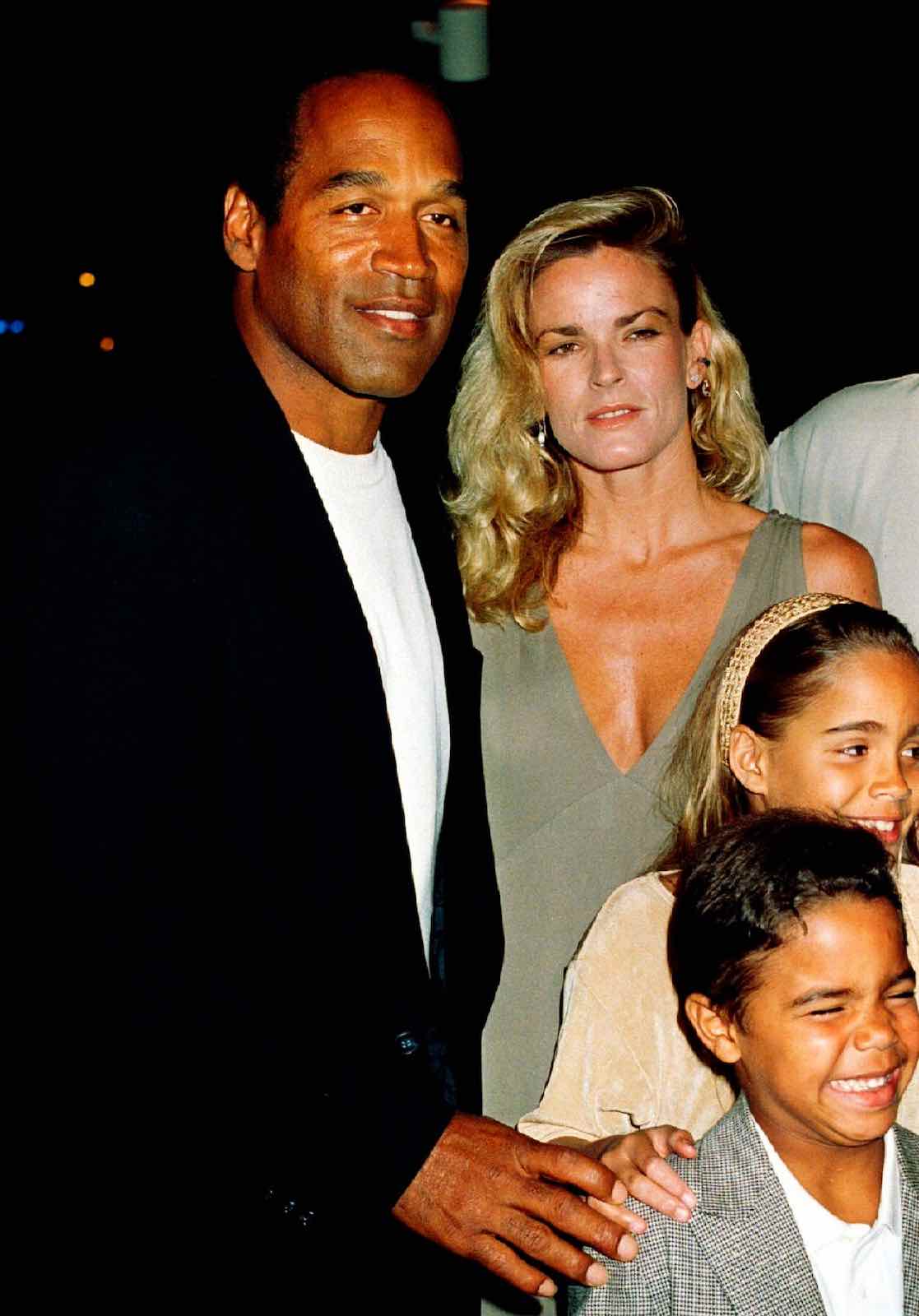 When the Ford Bronco finally stopped, police found a fake mustache & goatee, makeup adhesive, a gun, and O.J.’s passport. Seems like O.J. was trying to get through TSA with a pretty flimsy disguise.

Despite a phone call between O.J. and homicide detective Tom Lange where O.J. moans that he’s the “only one that deserves [to get hurt],” in his suicide note, O.J. wrote that he needed everyone to understand “I have nothing to do with Nicole’s murder.” 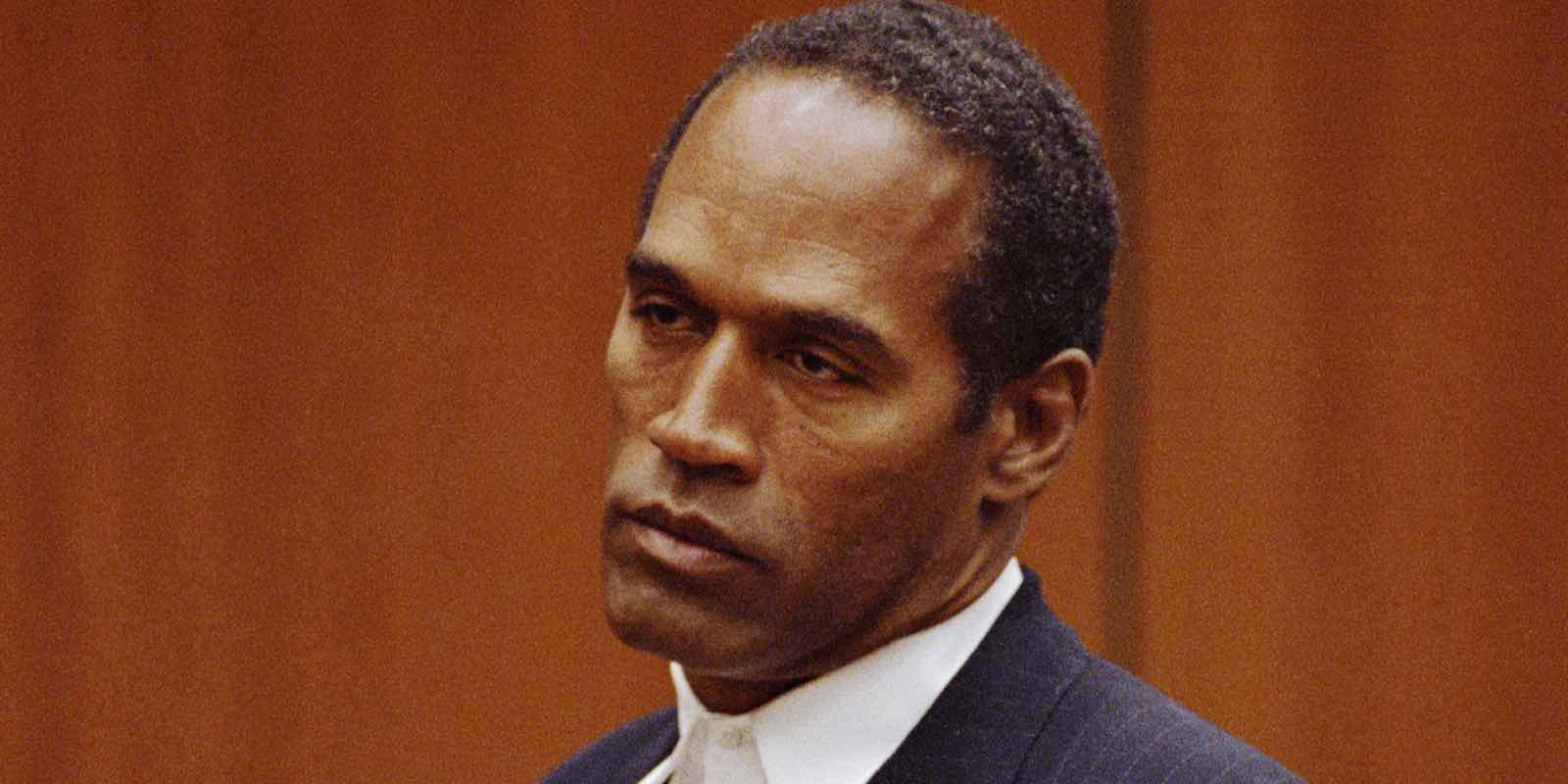 There were two other suspects of the murders that were brought up after O.J.’s trial. One of them concerned serial killer Glen Rogers, who was likely serving a prison sentence at the time. The other concerned O.J. ‘s son, Jason Simpson, who suffers from an “intermittent rage disorder” and had assaulted women with knives twice before.

These theories however, are completely circumstantial and the evidence on O.J. Simpson himself is largely believed to bear much more weight.

O.J.’s house was only six minutes away from Nicole’s townhouse. This left plenty of time on the timeline for him to commit the murder and get back to his house. But why would O.J. want to commit the murders, you ask. Well, O.J. and Nicole had recently gone through their divorce and she and Goldman were said to have gotten very close. 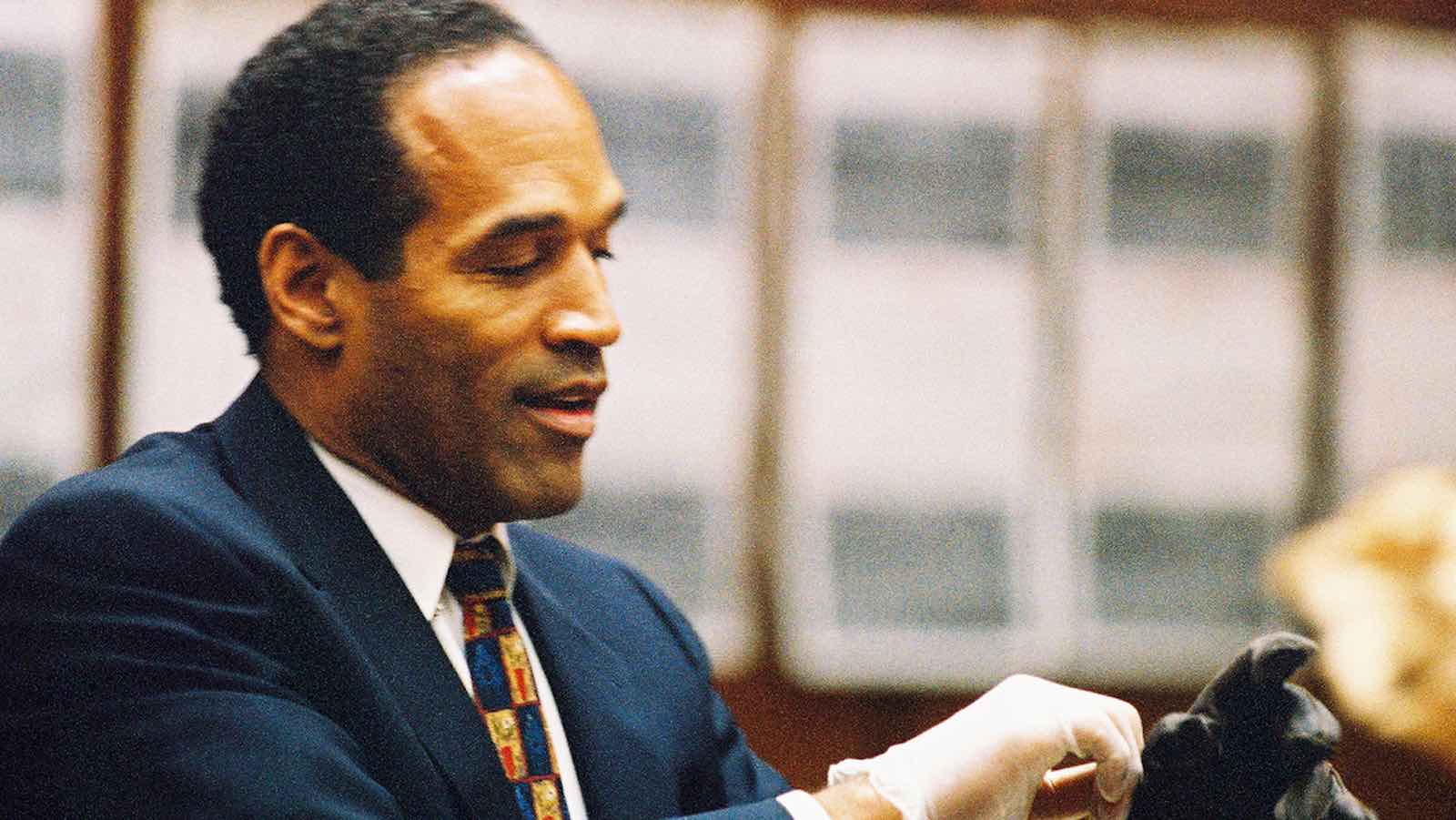 Goldman denied any intimate relations before his death, but that mightn’t have stopped a jealous ex-husband. O.J.’s blood, in addition to Nicole and Goldman’s, were found on the glove left at the crime scene. To top it all off, the matching buddy to that glove was found behind a shed on O.J.’s property. This would be the same area that O.J.’s guest, Kaelin, had heard loud thumps at 10pm that night.

This glove also had the blood of all three people: O.J., Nicole, and Goldman. 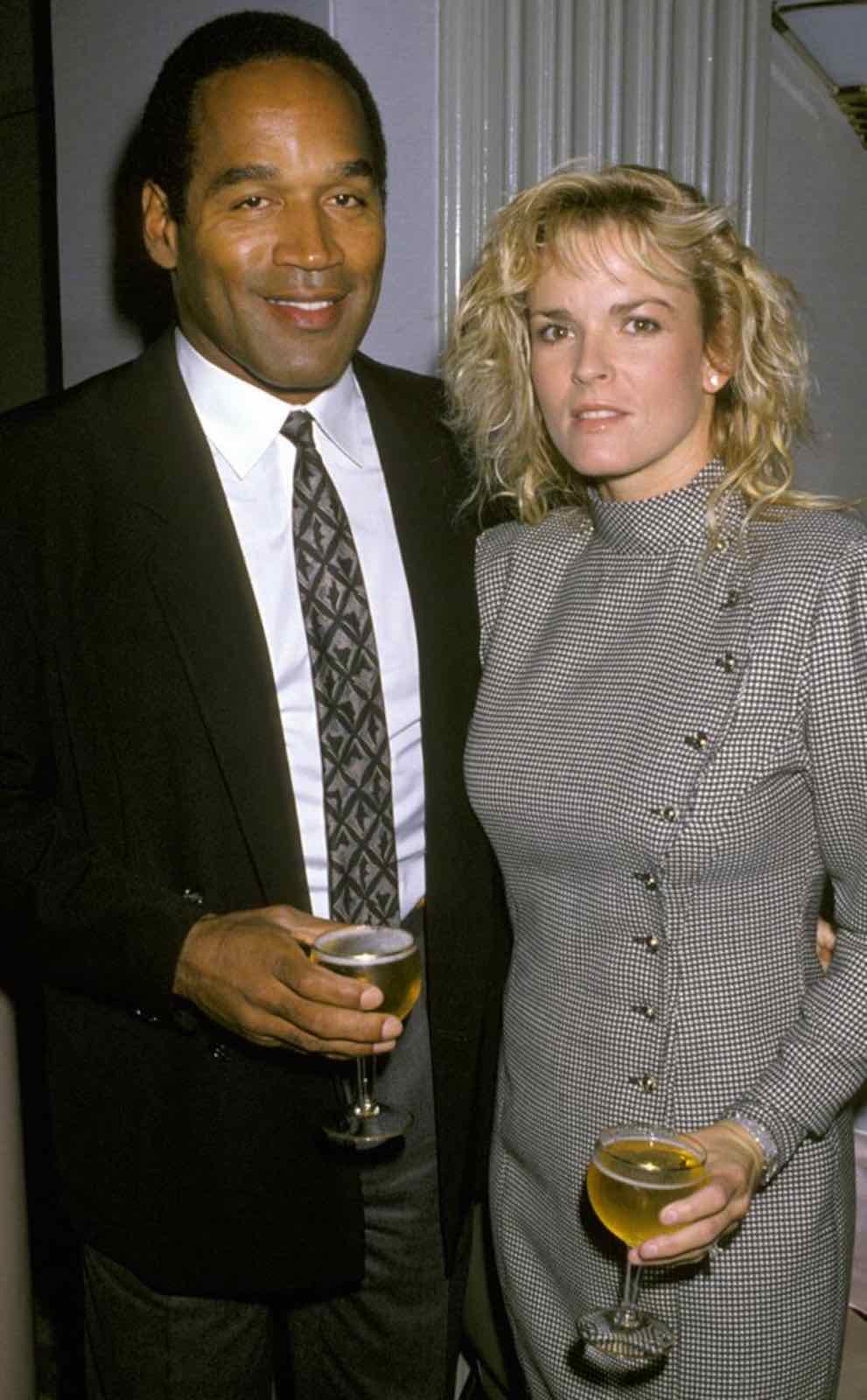 That alone, is already a large amount of evidence. But wait, there’s more! O.J. had a cut on his hand when he was interrogated, the hat found at the scene contained O.J.’s hair in it, a sock with Nicole’s blood was found at O.J.’s house, and the bloody footprint at the scene matched O.J.’s shoe size. The sole pattern even matched another pair of shoes that O.J. owned.

The actual bloody shoes were never found. Neither was a knife that O.J. purchased, which the coroner predicted to be a match for the type of knife used to stab Nicole and Goldman to death. 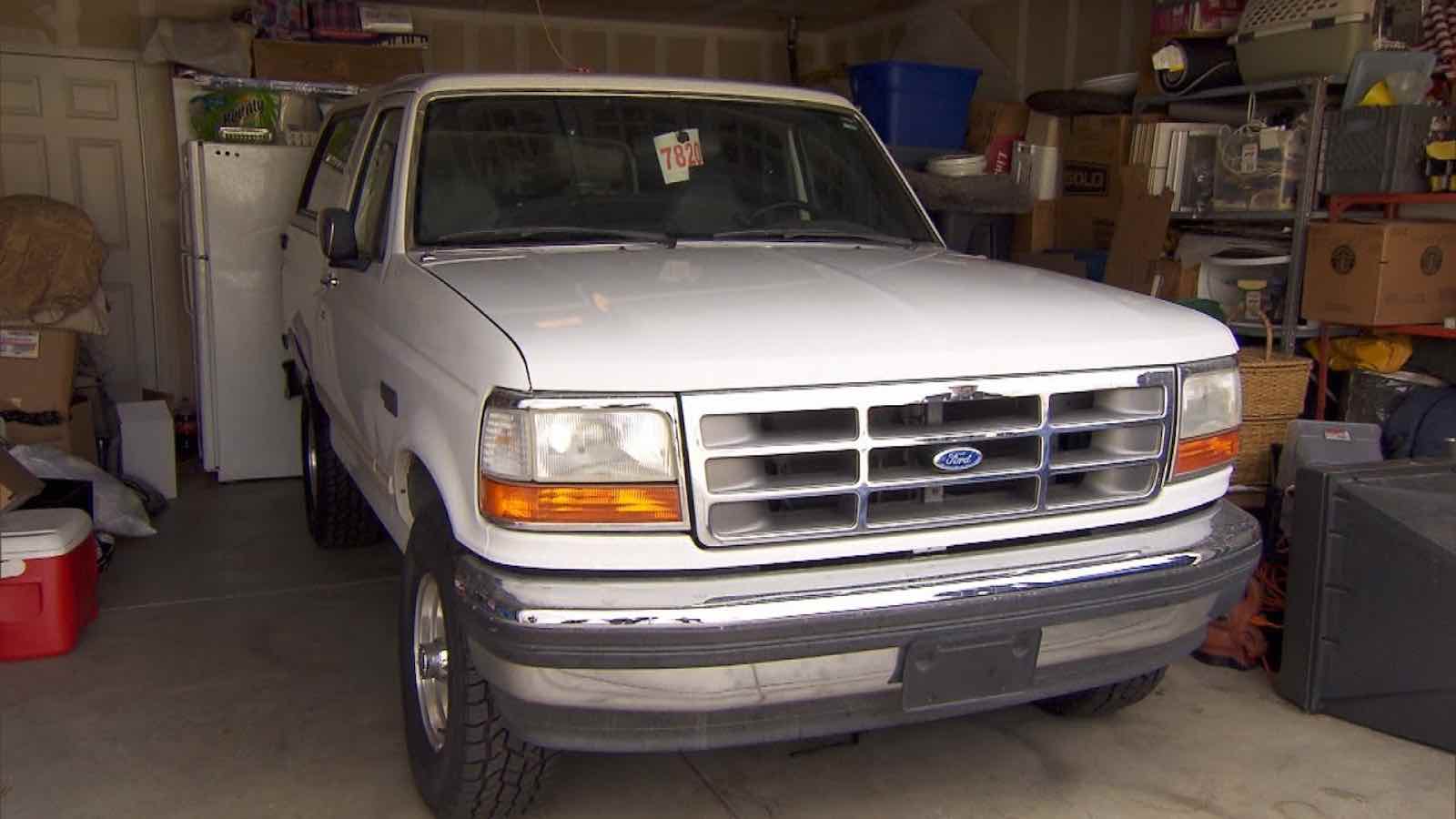 But wait, there’s EVEN more?!

Police had visited O.J.’s house nine times for domestic disturbance calls in the past. He was well-known as a spousal abuser and had even pleaded “no contest” to abuse charges. Later, O.J. would publish a book called If I Did It. Thankfully, at least book proceeds went to the Goldman family.

Friend of O.J. Simpson, Ron Shipp, testified that O.J. had previously told him “I’ve had dreams of killing Nicole.” 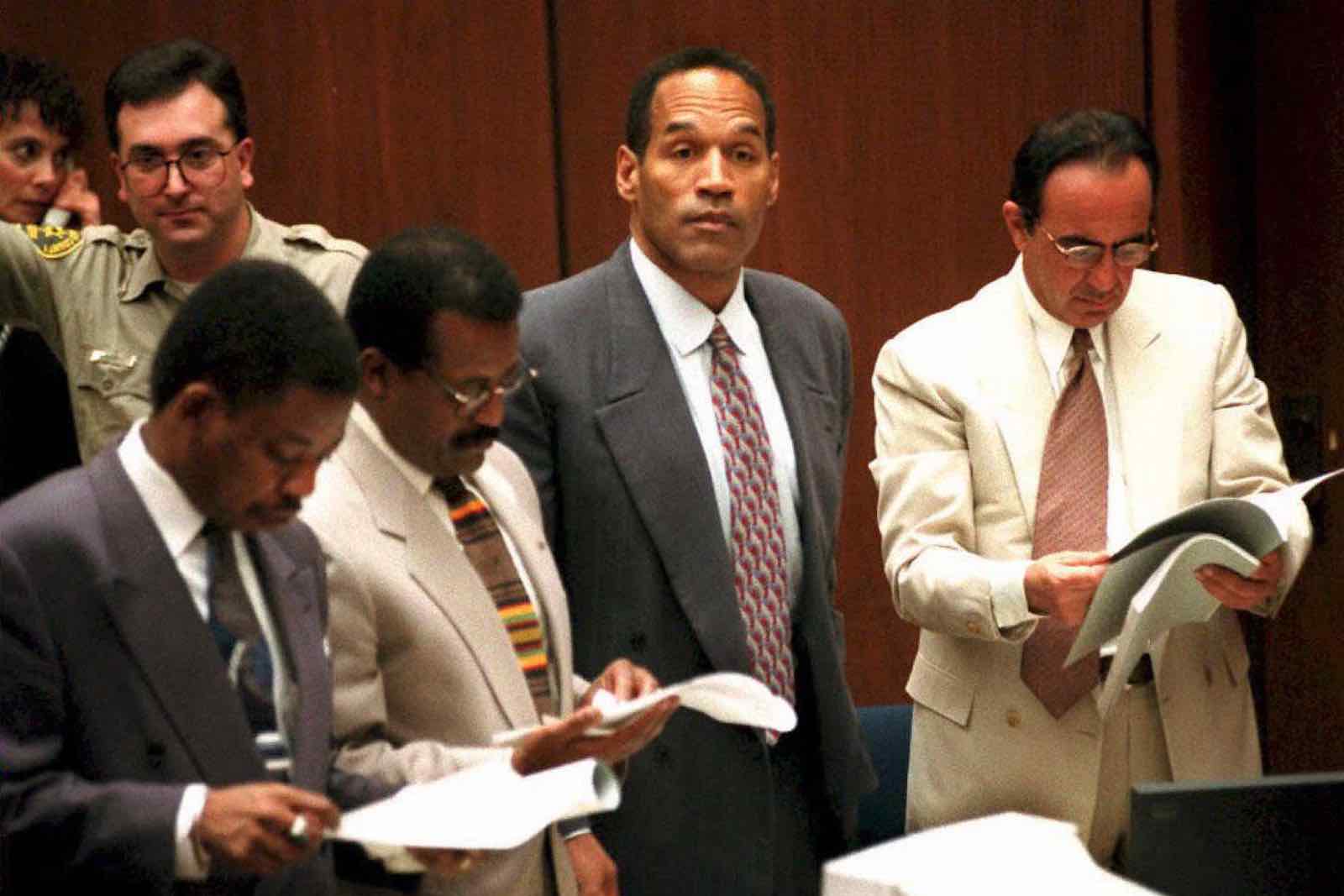 Despite the mounds of evidence brought to trial, the defending lawyer brought to the attention of the jury some forensic mistakes that were made with the case. Some evidence was left to overheat in a van, while others were not packaged correctly. The defense team then went on to speculate that evidence could have been contaminated.

Anyone remember O.J. ‘s lawyer’s famous line during the O.J. Simpson trial? He said, “If it doesn’t fit, you must acquit.”

In this quote, he’s referring to the fact that during the trial, O.J.tried on the glove left at the crime scene and it didn’t quite fit him. The forensic team had protested to this showy move because they reported that the glove had been frozen and re-frozen several times in order to preserve it. Some people speculate this was the reason for the glove being ill-fitting on O.J. during the trial. 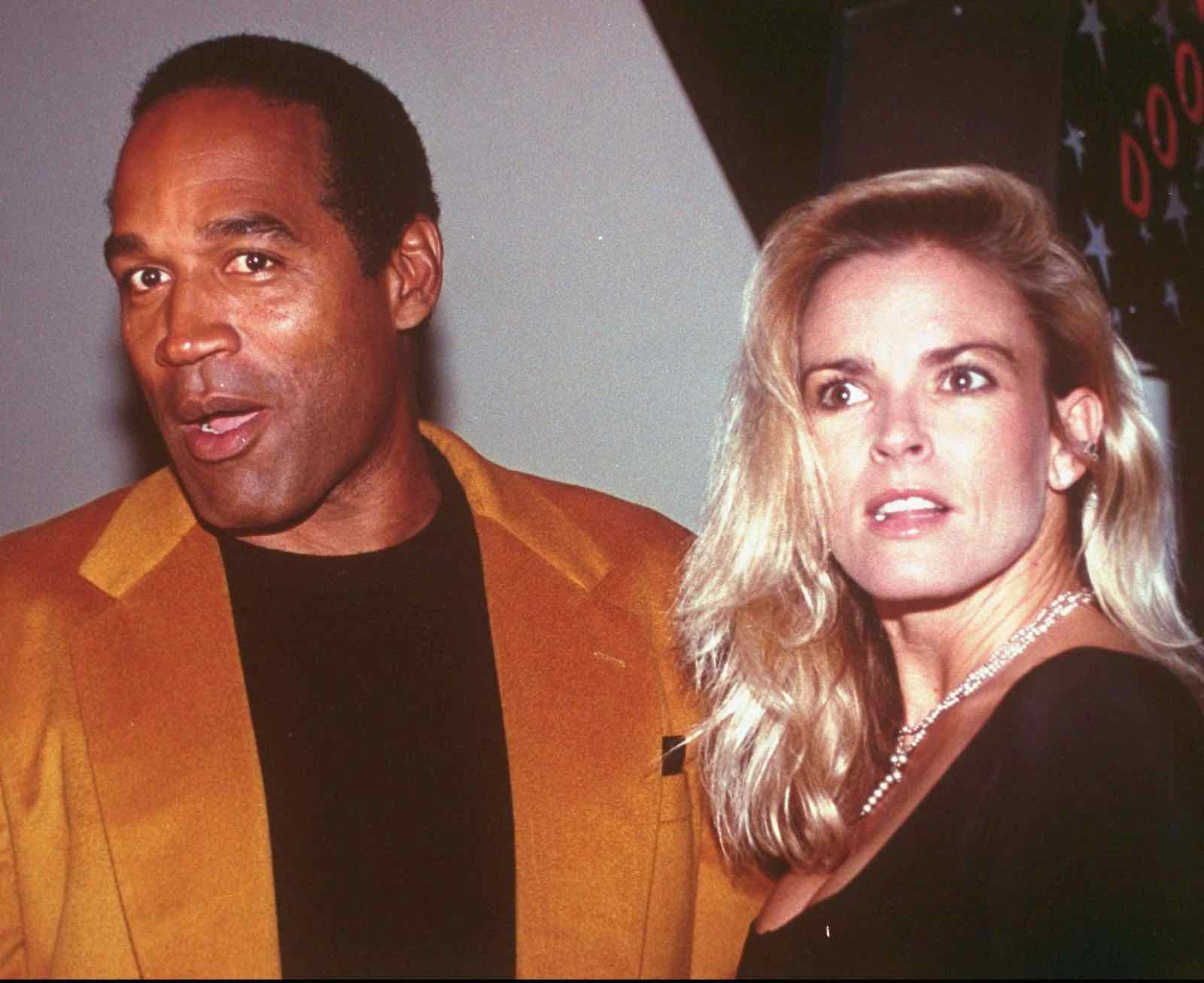 Anyone remember the Rodney King quote, “Why can’t we all just get along?”

Many people speculate that O.J. Simpson ended up being acquitted of his crimes despite overwhelming evidence, because of the enormous racial tension pervading the time period. The memory of the beating of Rodney King and subsequent acquittal of the four white police officers who brutally assaulted him, was still fresh in the public consciousness. 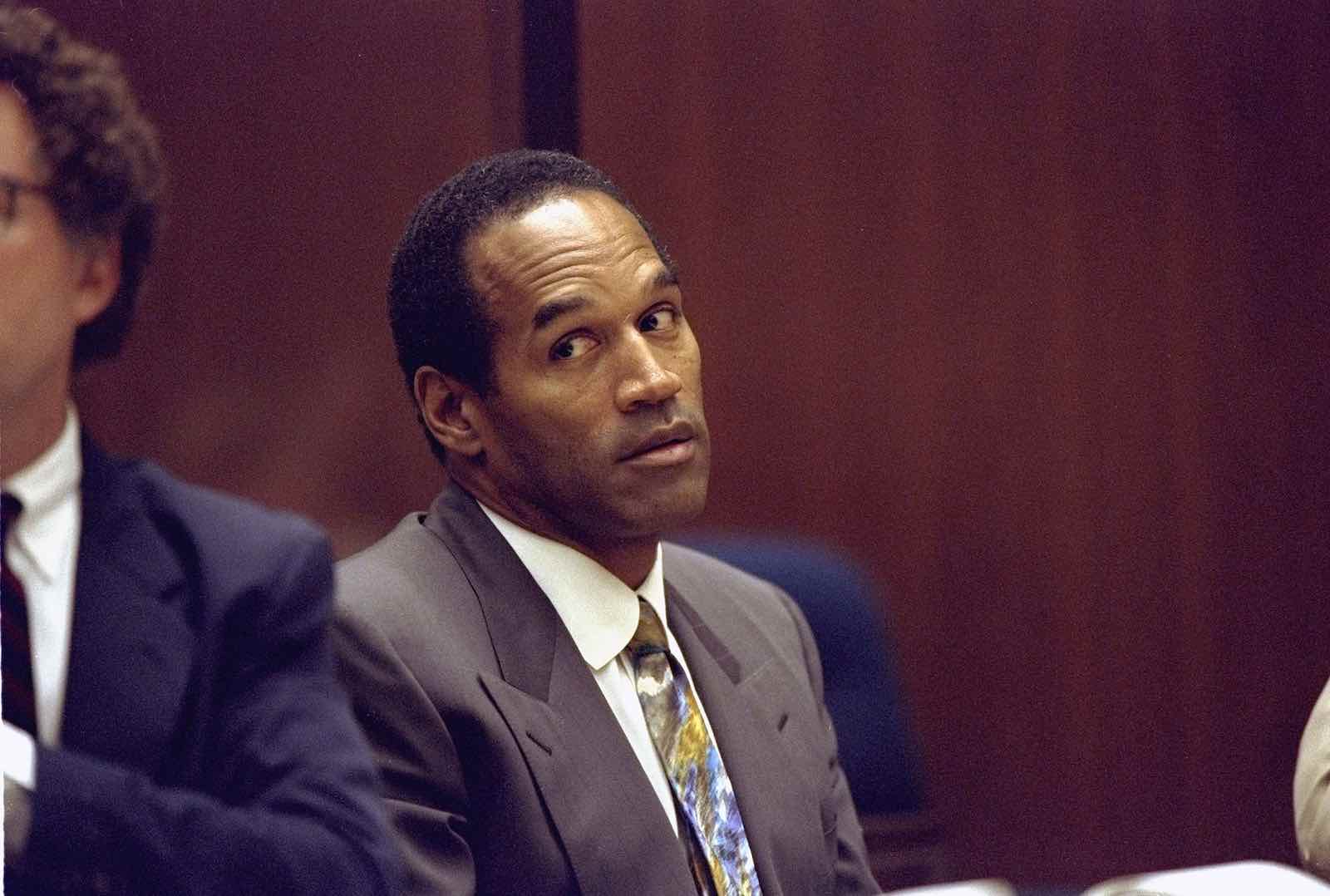 Perhaps this is the reason the jury was able to be swayed to such a verdict, some kind of twisted jab back at the broken justice system. After all, the jury was made up of eight black people, one Hispanic person, one white person, and two people of mixed race.

Speculative suspicions aside, there was a mildly convincing play executed by the defense during the trial: the villainization of LAPD Detective Mark Furhman.

Furhman was the first person to step foot inside O.J.’s estate after news of the crime. Furhamn alone was the person to discover the glove with blood from O.J., Nicole, and Goldman on O.J. ‘s property. He did so by jumping the fence and being the first to search the premises. 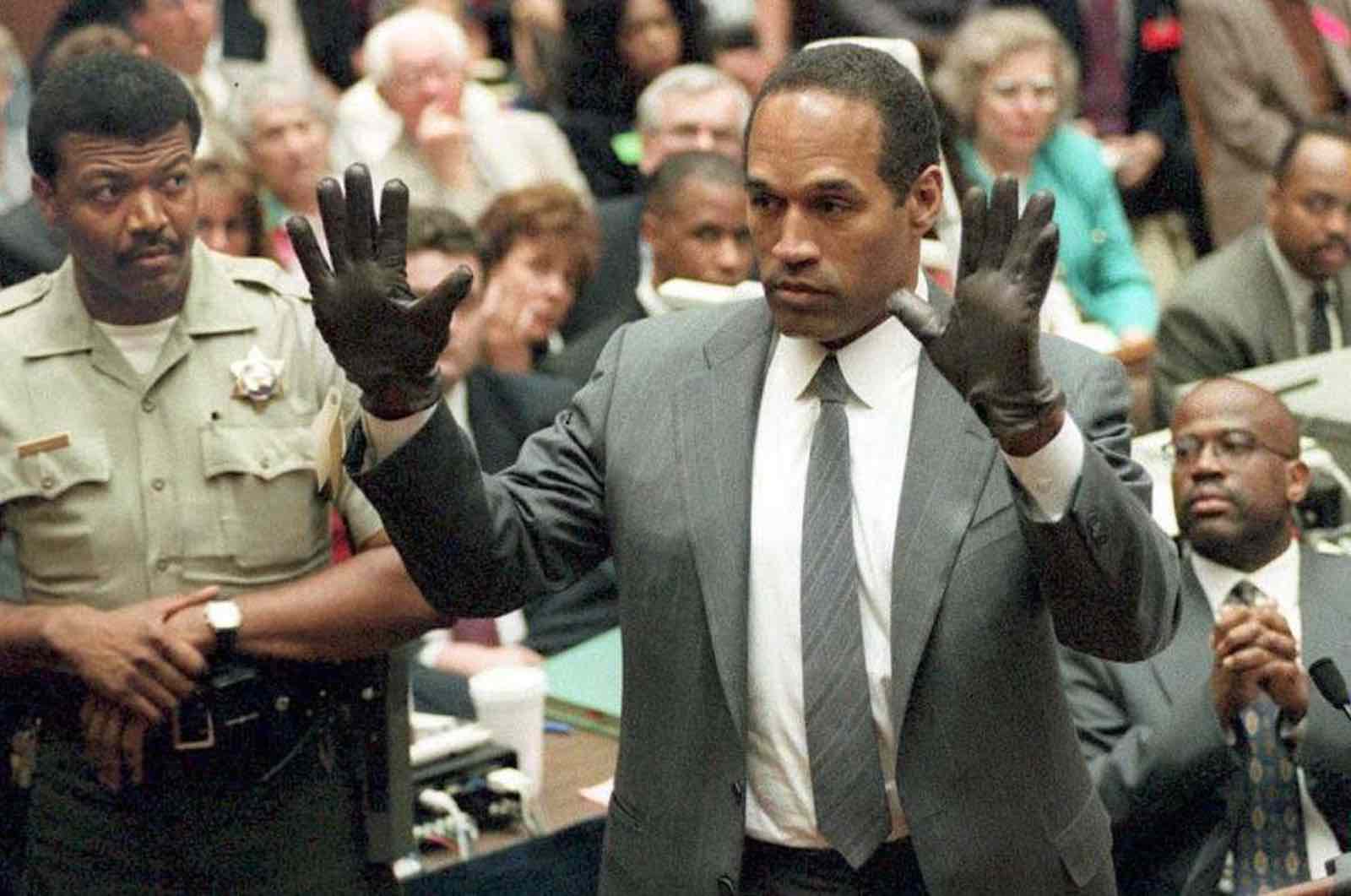 This fact alone might not stand out as terribly incriminating, but the defense played a tape to the jury of Furhman using racial slurs over 40 times during the course of just one recorded sitting. By putting these two things together, the defense was able to suggest that it was possible Furhman planted the glove there himself due to his racial biases.

After under four hours of deliberation, the jury returned with a not guilty verdict. 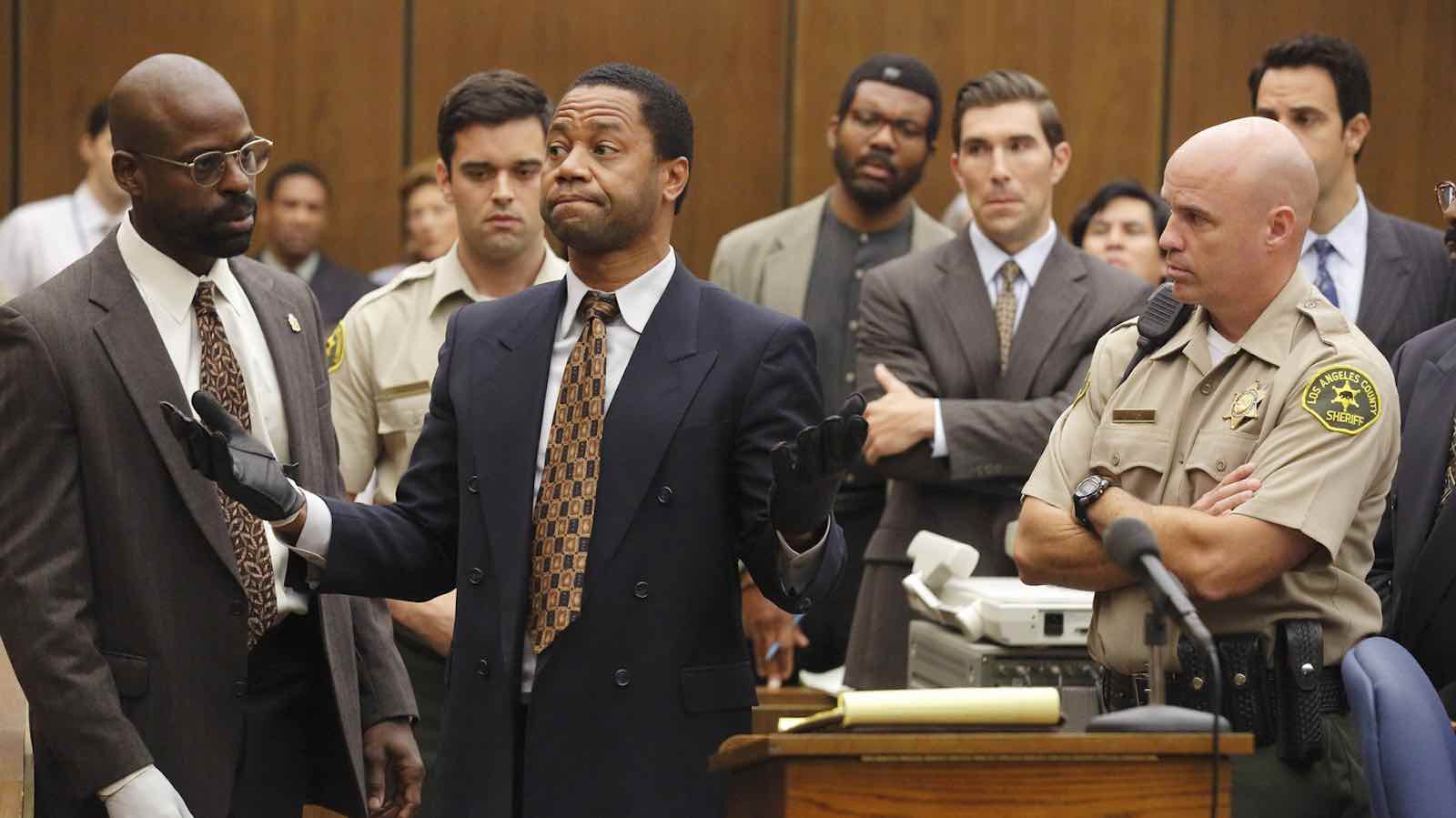 Although O.J. received this verdict during the trial, he did eventually lose the civil case for the wrongful deaths of Ronald L. Goldman and Nicole Brown Simpson. The jury awarded the families 33.5 million dollars in punitive damages.

O.J. Simpson did actually end up in prison anyway, because, on September 16, 2007, he was found guilty of twelve counts in Las Vegas, Nevada. This included armed robbery and kidnapping and O.J. was sentenced to 33 years in prison. 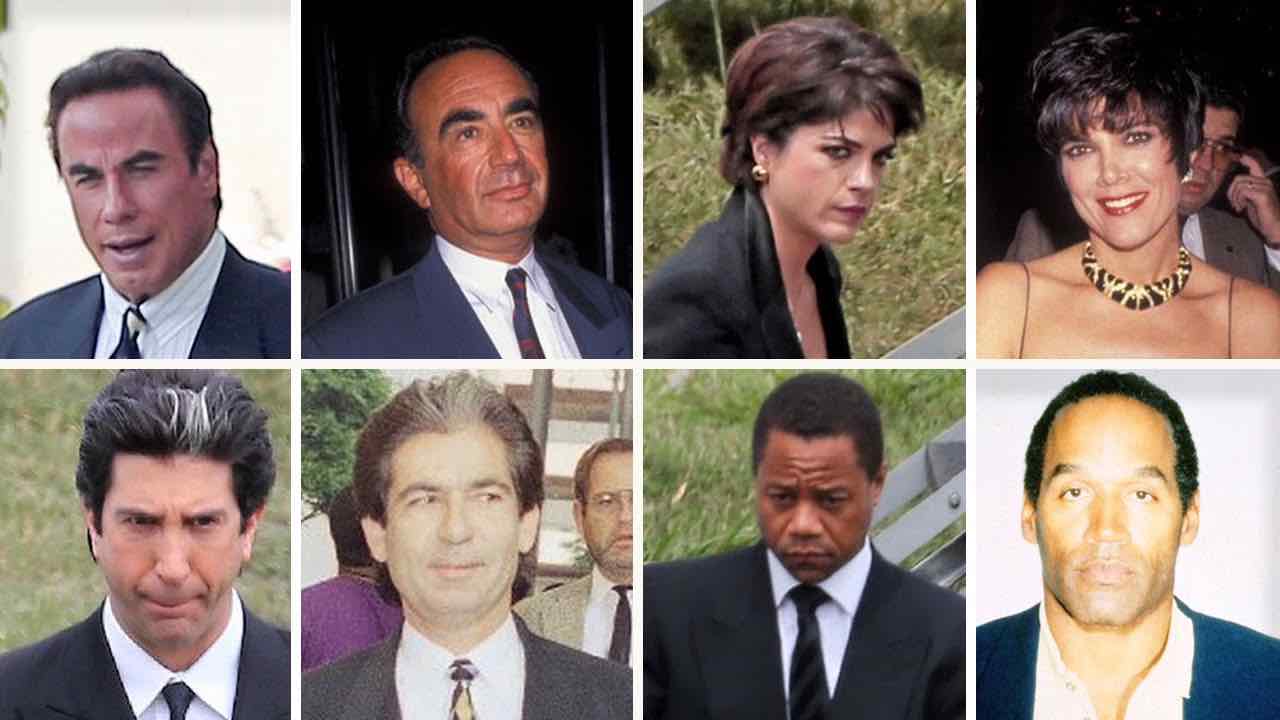 O.J. was released from prison on parole in 2017. He posted on his Twitter account days before the anniversary of Nicole’s death that he’s “got a little getting even to do.” This leads some to believe we might see more of O.J. Simpson on trial and in prison yet.

Until that time, you can check out the 10 episode dramatization of the trial called The People vs. O.J. Simpson on Netflix.