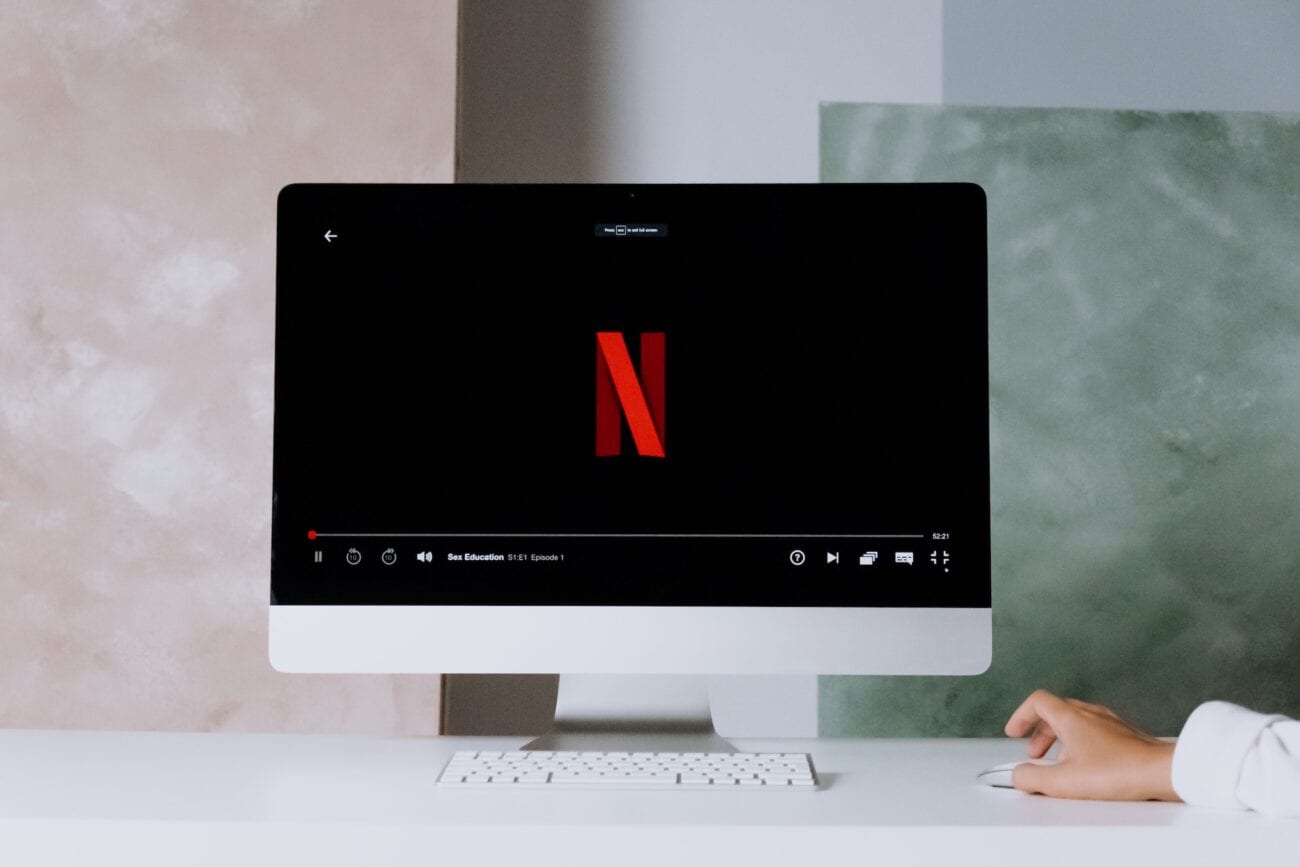 Series by and for teenagers have always had a negative connotation, as many (if not all) of us find it hard to recognize that we have become hooked on some of these series that claims to be for teenagers. Living the life of a fictional teenager is much more fun than facing our problems, and they live situations with which, as we have gone through them, we identify a lot.

But if you are looking for series for and of current teenagers, we guarantee that you will be a good few hours entertained with these recommended Netflix series because they hook you. Many students need motivation and often wonder how to write my paper. This series will inspire students and allow teens to reach new heights. 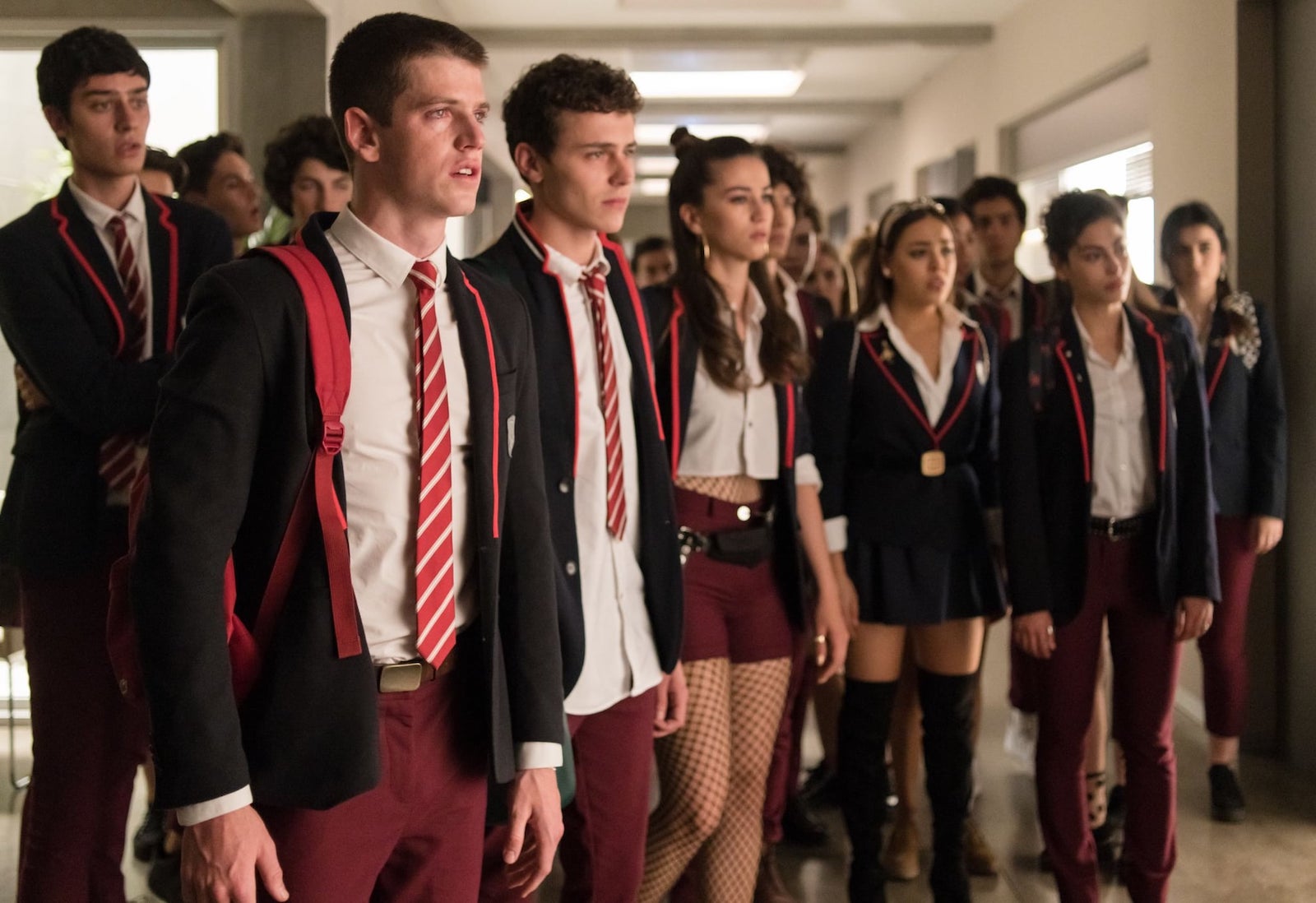 When Carlos Montero and Danilo Madrona created the first season of Élite, they did not imagine that the series would be so successful worldwide and mean the launch of its protagonists. With the second, which arrived on Netflix in September 2019, its impact was more significant; season 3 has created questions and expectations.

Sex Education stars Otis Milburn, a socially awkward high school student who lives with his mother, Jean, a sex therapist. In the first season, Otis and Maeve Wiley set up a sex clinic at the high school to take advantage of Otis’ natural talent for sex counseling.

In season 2, released this year on Netflix, Otis will have to master his newfound sexual urges to move forward in his relationship with his girlfriend Ola while also dealing with the already strained relationship he has with Maeve. Meanwhile, Moordale’s high school will suffer an outbreak of chlamydia, demonstrating the need for improved sex education in the classroom. In addition, new students will arrive who will also challenge the status quo. 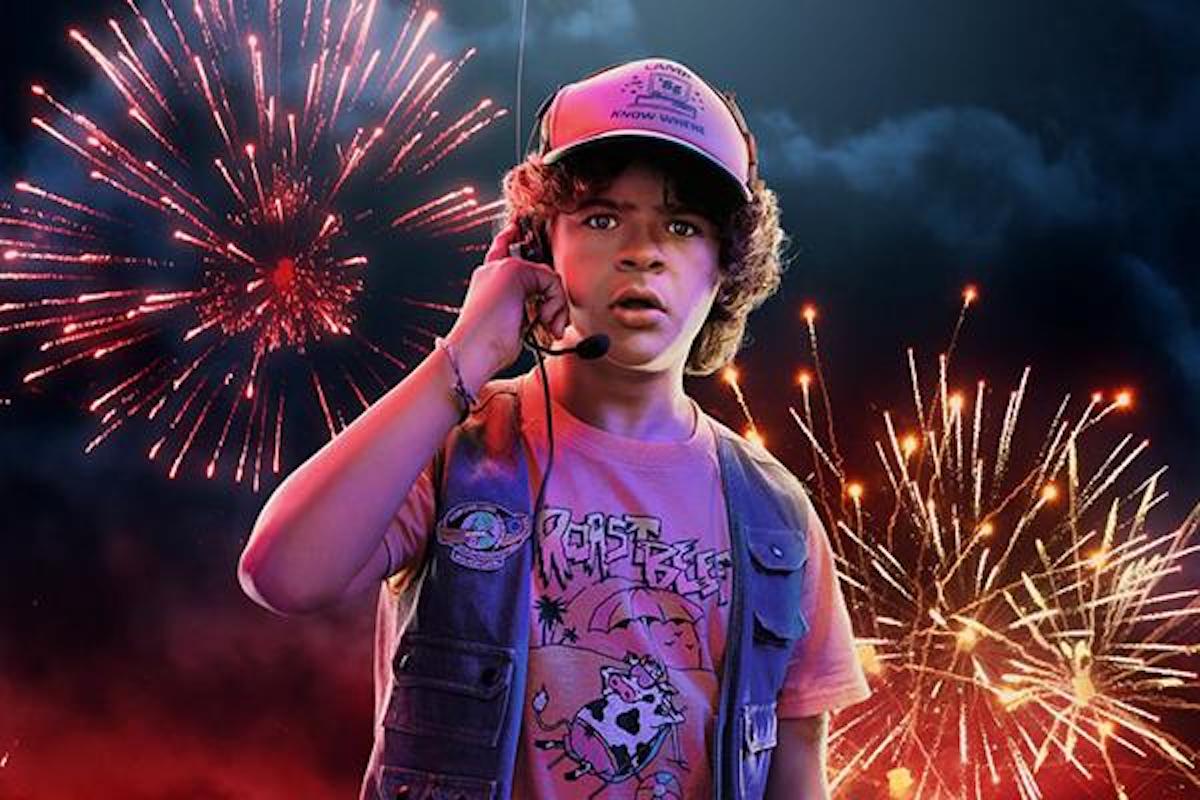 It is possibly the series that opened the doors of Netflix to a generation and made it spread across all countries until then. Its successes had come with adult series such as House of Cards or Orange is a new black.

A tribute to the classic supernatural mysteries of the 80s, Stranger Things is the story of a boy who disappears in the small town of Hawkins, Indiana, without a trace in 1983. In his desperate search, his friends and family, as well as the local sheriff, become embroiled in an extraordinary enigma: top-secret experiments, terrifying paranormal forces, and Eleven, the character who made us fall in love in the first season, surprised us in the second and is already boring us in the third. 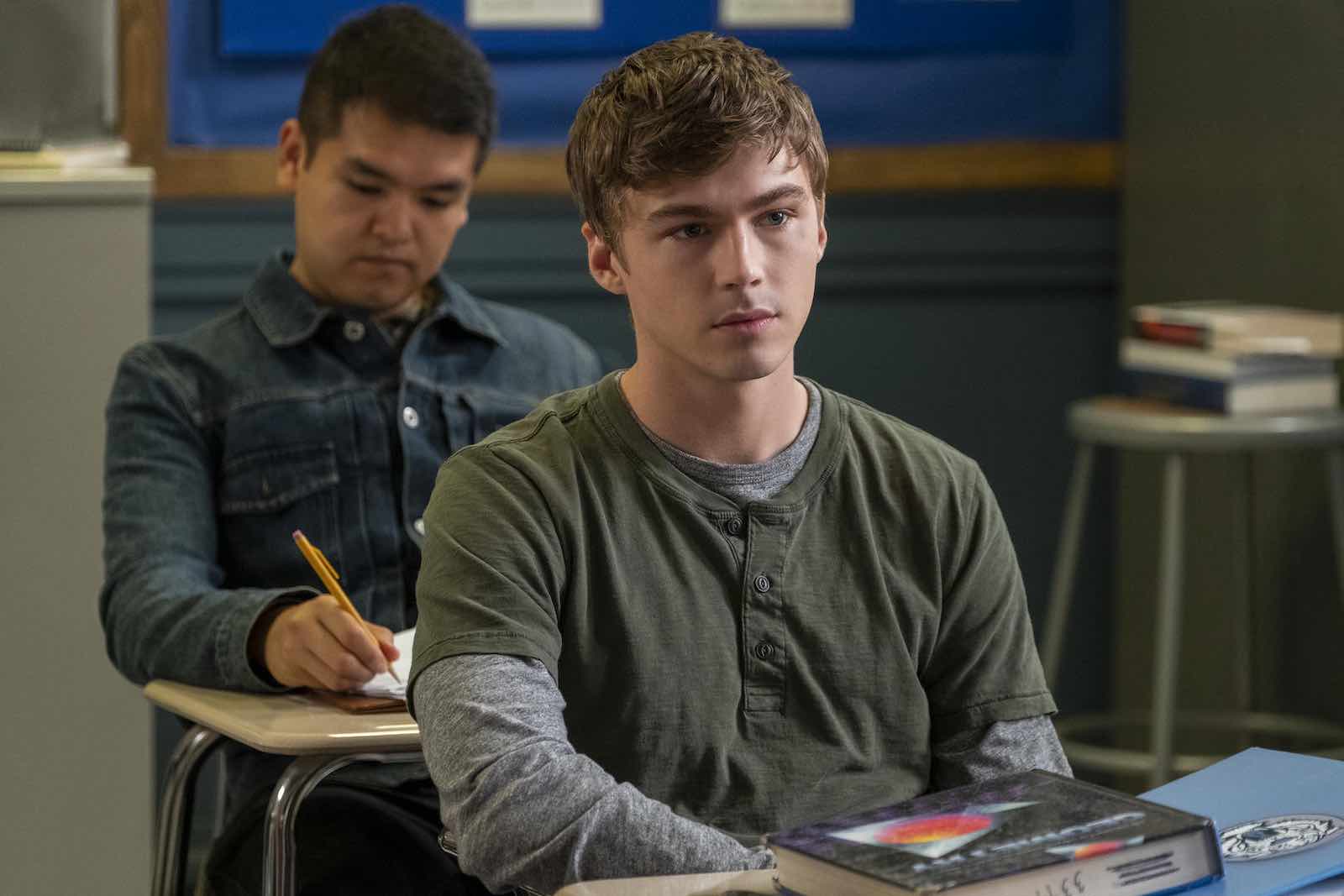 Teenager Clay Jensen (Dylan Minnette) returns home from school one day to find a mysterious box with his name on it. Inside he discovers a tape-recorded by Hannah Baker (Katherine Langford), a classmate he had unique feelings for who committed suicide two weeks earlier. On the tape, Hannah tells of thirteen reasons why she decided to take her own life. Will Clay be one of them? If you listen to it, you will have a chance to learn about each reason on her list. 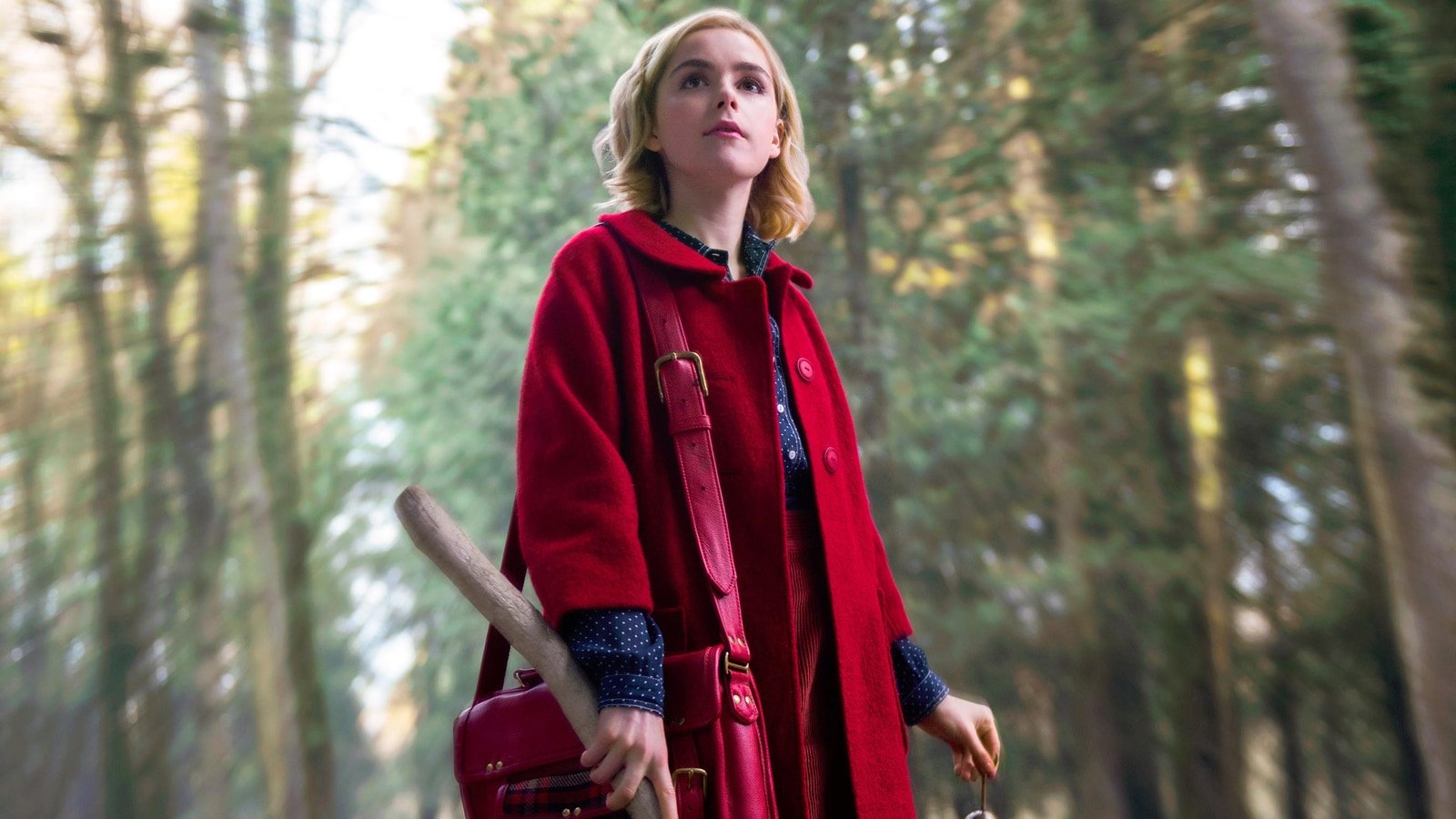 It started great with a refreshing first season, but the formula is worn out. Throughout the ten episodes that make up the first season of The Hidden World of Sabrina, we will learn the story of Sabrina Spellman and how she will manage to cope and live in the two worlds she belongs to. Sabrina lives with her two aunts, Hilda and Zelda, as well as her cousin Ambrose. They form an interesting family with many internal dramas, secrets, and conflicts but, like almost all families, with a love that binds them together beyond all the complications they have. 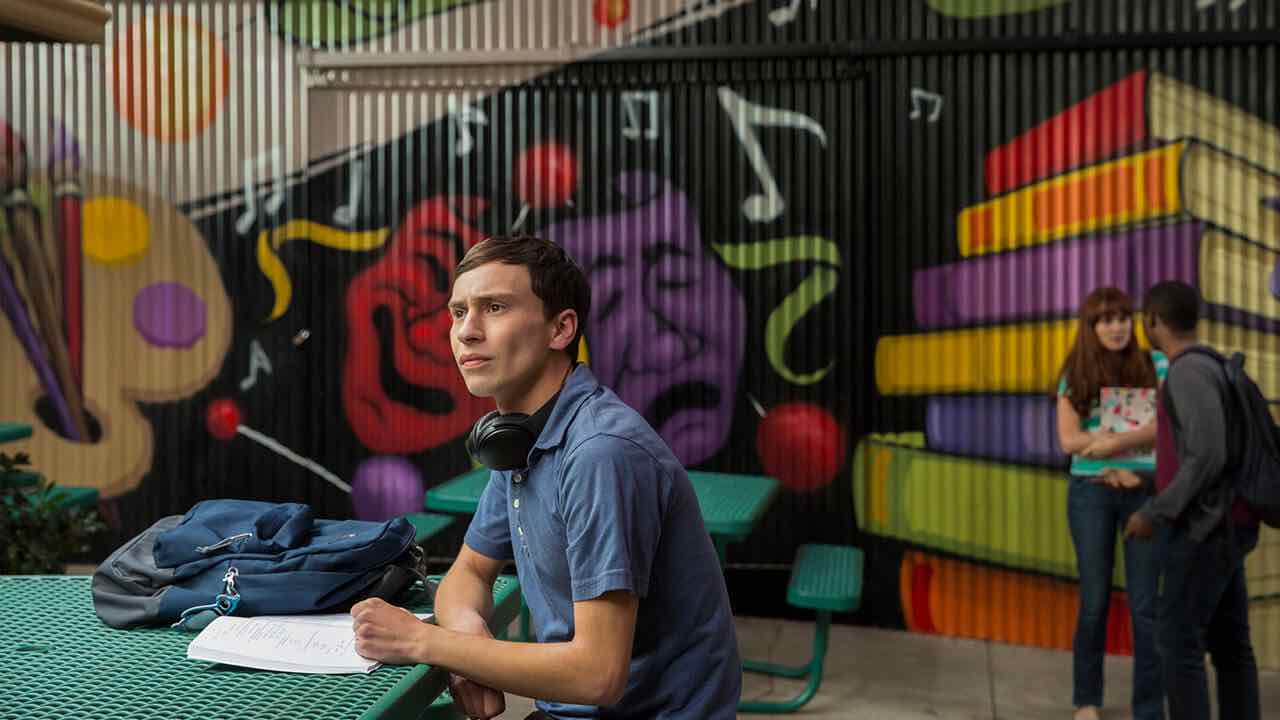 The story revolves around Sam, an 18-year-old boy who is autistic. For him, autism is not a problem, and he wants to learn to fend for himself and have an independent life. It is how he decides to start his funny and painful journey of self-discovery that, unintentionally, ends up involving his whole family. They take this change as they can. Some try to help while others stay on the sidelines.

Eventually, they can only watch Sam and walk that road together with him as, little by little, they all begin to ask themselves one question: what does it mean to be expected? 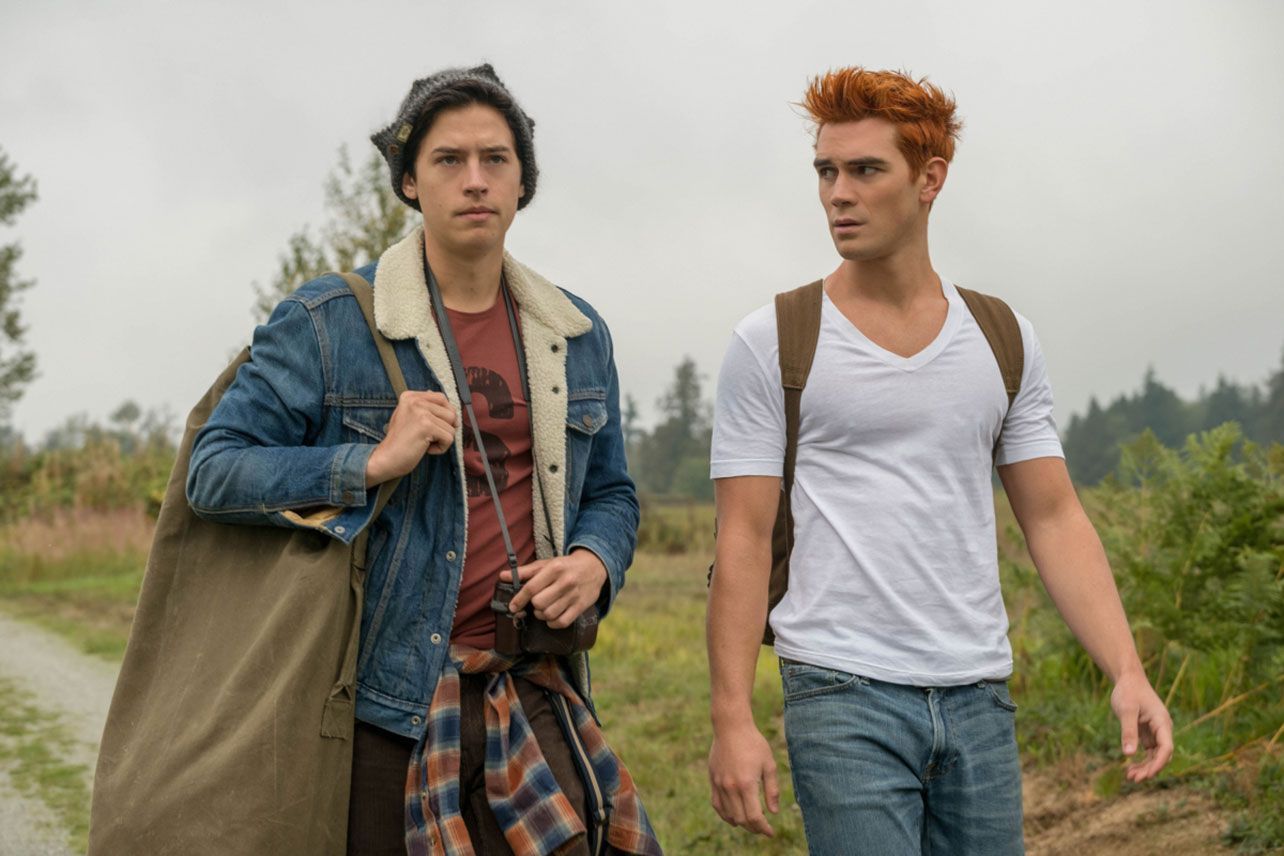 It airs first on Movistar, but Netflix already has the first two seasons available. As a new school year kicks off, the town of Riverdale is still reeling from the recent tragic death of Jason Blossom. The events that have taken place over the summer have made Archie Andrews realize that he wants to pursue a music career and not follow in his father’s footsteps.

Also, Archie still regrets breaking off his friendship with Jughead Jones. Meanwhile, Betty Cooper is anxious to see Archie, with whom she is in love, after being away for the summer. However, she is not yet ready to reveal her true feelings to him. When a new student, Veronica Lodge, arrives in Riverdale from New York with her mother, a spark is born between her and Archie.

But Veronica doesn’t want to put her new friendship with Betty at risk. Cheryl Blossom, Riverdale’s most popular girl, is happy to stir up situations around Archie, Betty, and Veronica to cause trouble. But Cheryl is a girl who keeps a lot of secrets. Specifically about the death of her twin brother, Jason. Set in the present day and based on the iconic Archie Comics characters, Riverdale offers a surprisingly subversive look at Archie, Betty, Veronica, and the rest of the inhabitants of this surreal little town.

A group of teenagers tries to survive in a replica of their New England town where they have mysteriously arrived and no trace of their parents. Their new freedom will be fun, but it will also be hazardous. As they struggle to understand what has happened and how to get home, they must establish order and form alliances to survive.

It hasn’t entirely caught on, and Netflix thought it would, but it will get another chance in Season 2. 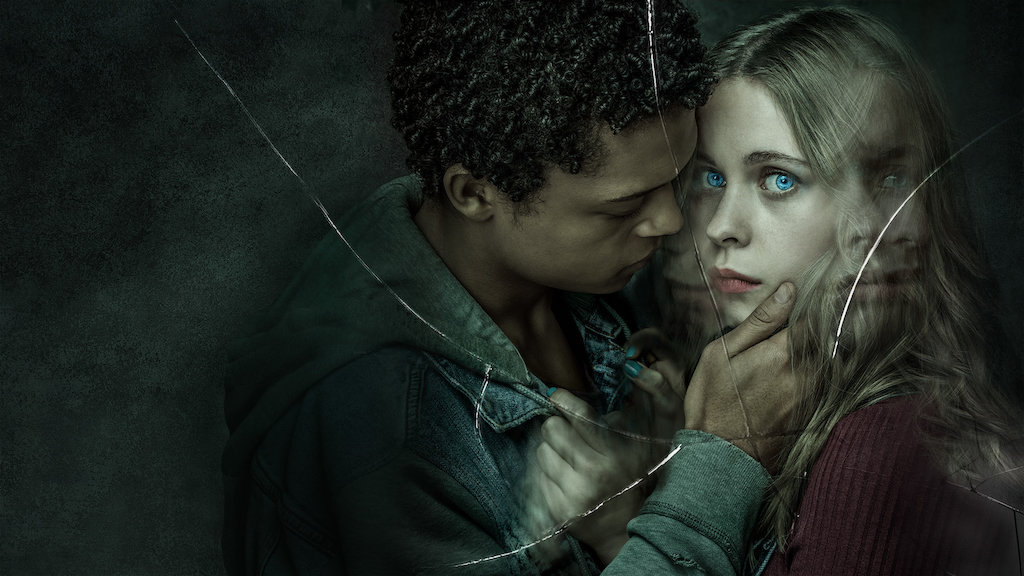 Created and written by Hania Elkington and Simon Duric, ‘The Innocents tells the story of June (Sorcha Groundsell) and Harry (Percelle Ascott), two teenagers who discover something extraordinary that will ruin them when they run away from their repressive families: June’s ability to shape-shift.

As they try to control her new power, a mysterious professor reveals that June is not alone, promising to cure her and reunite her with her mother, who abandoned her three years ago, but as their journey becomes fraught with danger, Harry and June’s love is tested to the limit. Both will have to make a choice: keep their dream of innocent love alive or accept that their lives have changed and risk everything. 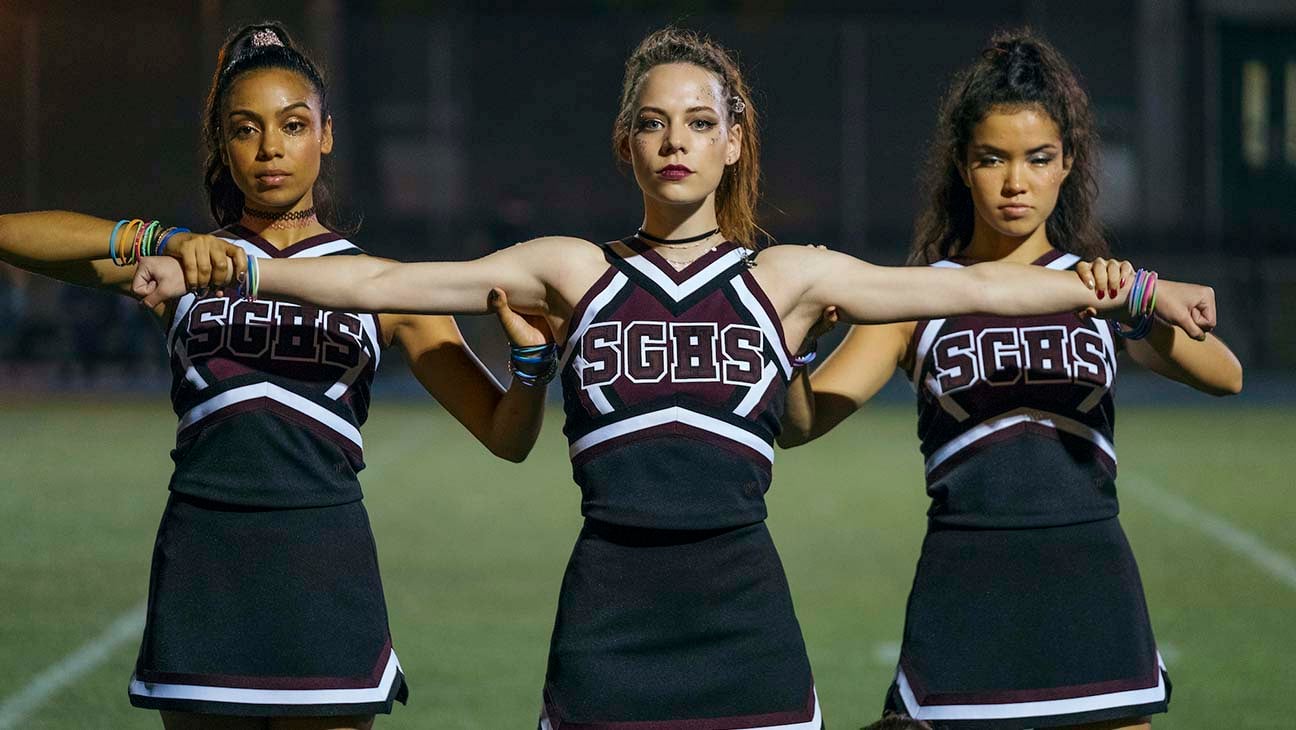 They said that HBO’s Euphoria was a more accurate and raw version of the dramas that teenagers can live through than we saw in Netflix’s For Thirteen Reasons. Now comes a new bet ready to stand up to the series starring Zendaya, especially with an ending that leaves viewers obsessed for a second season.

That series is Rétame, or Dare Me, as it has been called in other countries, and that in times of quarantine, is becoming one of the most-watched content on Netflix. Based on the novel by Megan Abbot and co-created by herself along with Gina Fattore (a veteran of teen fiction with series like ‘Dawson Grows Up’ and the American ‘Skins’ on her resume), we move to a high school in a town in the American Midwest to follow the cheerleading team.

Beth Cassidy (Marlo Kelly) and Addy Hanlon (Herizen F. Guardiola) are two high school seniors. Both best friends lead the school’s cheerleading squad. Young, beautiful, and very popular, they feel untouchable, but living in a small town is bored most of the time.

But everything changes when Colette French (Willa Fitzgerald), a new coach, takes over the team’s leadership. The presence of this new element will cause the relationships between the members to plummet. 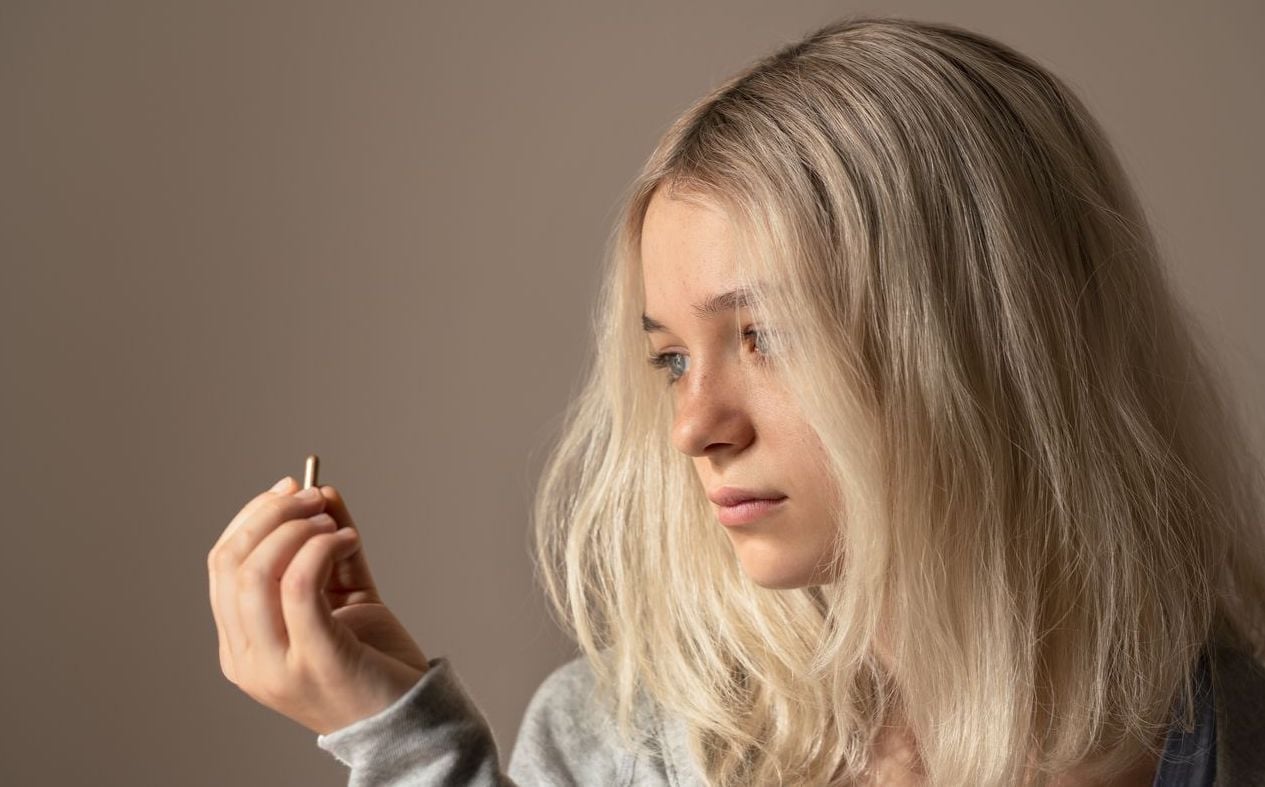 Although the series premiered on Amazon Prime Video, you can now watch the series on Netflix. In 2011, the film ‘Hanna’ was released, a fast-paced action thriller that grossed nearly $66 million in theaters worldwide. The film, directed by Joe Wright and starring Cate Blanchett, Eric Bana, and the then young actress Saoirse Ronan, told the story of a 15-year-old girl named Hanna, who had grown up in a forest in Finland, isolated from the rest of humanity and with only her father for company.

Now the film has been turned into a T.V. series. Hanna was trained by her father to become a perfect assassin during her short life and defend herself against an evil CIA agent, Marissa Wiegler, obsessed with hunting her down at any cost. 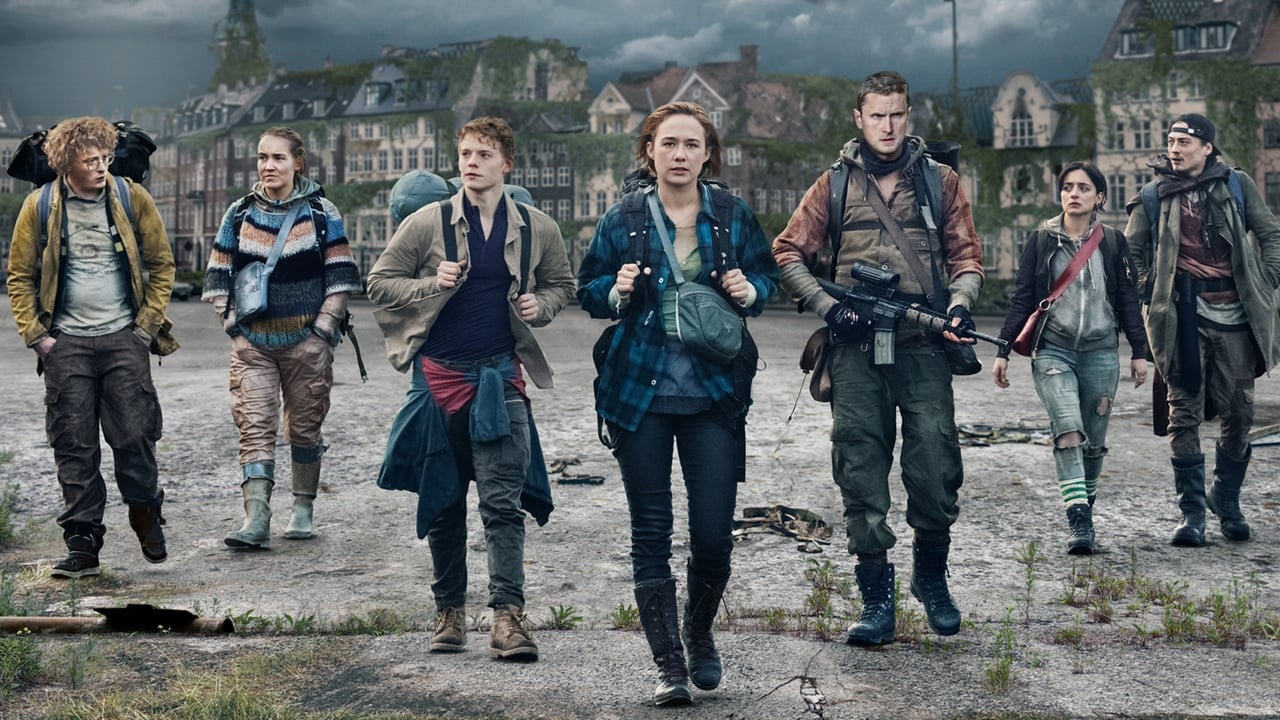 There is also room for apocalyptic series. A Danish series, it is one of Netflix’s first European productions. Six years after an aggressive rain-spread virus wiped out almost all the inhabitants of Scandinavia, two brothers leave the comfort of their bunker to return to a civilization that indeed no longer exists.

They soon join a group of young survivors trying to discover signs of life in an abandoned Scandinavia. Freed from their past and society’s rules, each group member will have the freedom to be whoever they want to be. They will all have to face the fact that, even in a post-apocalyptic world, love and jealousy still exist, as well as all the dilemmas they thought they had left behind with the disappearance of the world as they knew it. 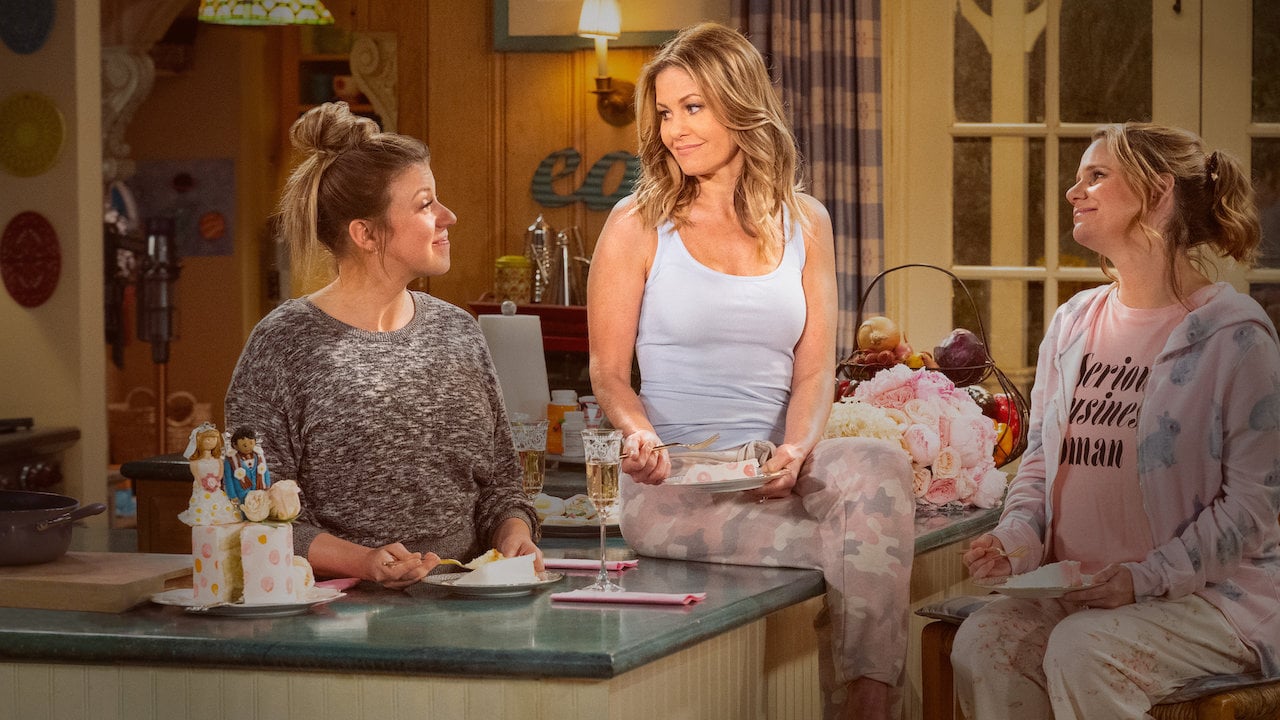 In 2016 Netflix decided to bring back the Tanner family with Fuller House, which in Spain was translated as Madres Forzosas. The reboot of Full House (Forced Parents) focused on D.J. (Candance Cameron), who, upon the death of her husband and left with three children, received the help of her sister Stephanie (Jodie Sweetin) and her friend Kimmy (Andrea Barber), who moved into the house to lend a hand with raising the children.

On December 6, the adventure came to an end with the premiere of the fifth and final season. Coinciding with it, John Stamos (You, Shock Therapy), Uncle Jesse in the series of the 80s and 90s, has published an emotional farewell on Instagram with images of this second adventure in which Lori Loughlin, his beloved Rebecca (Aunt Becky) in fiction, is not missing.