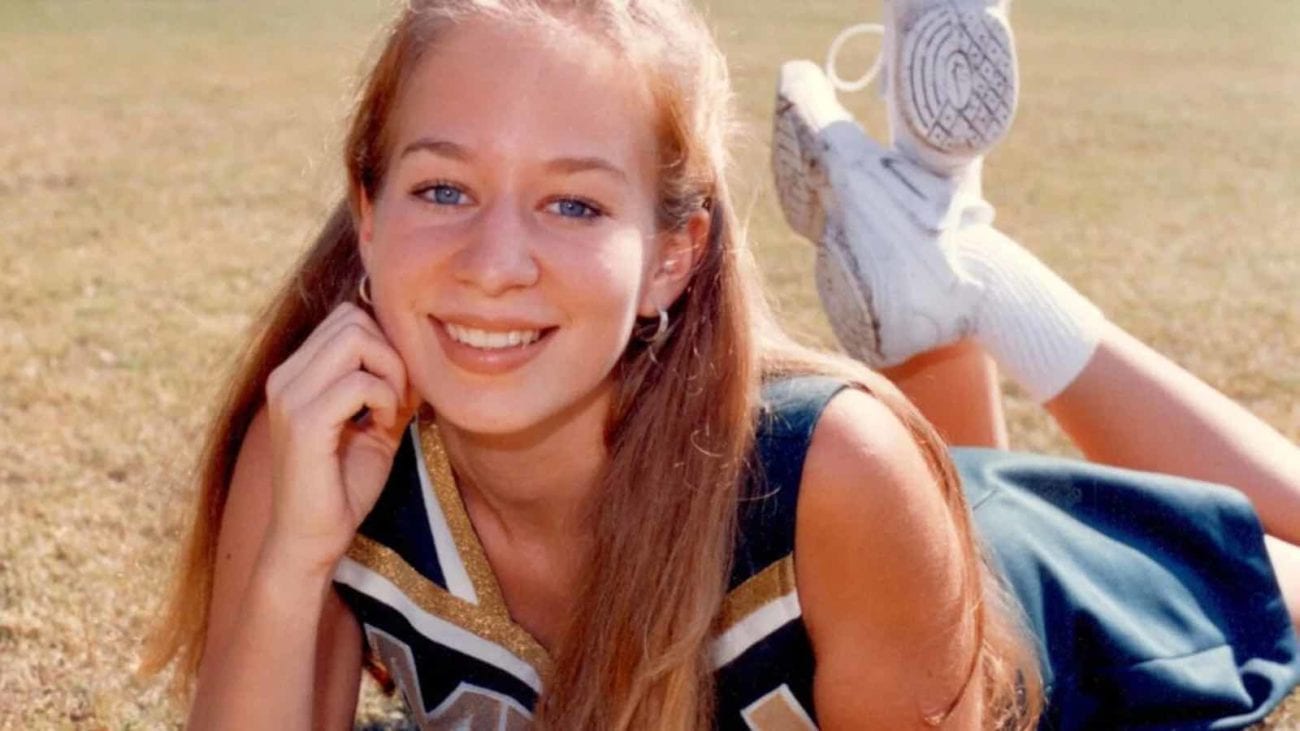 Inside the strange and unsolved disappearance of Natalee Holloway

Eighteen-year-old Natalee Holloway was at the prime of her life. Having graduated from high school on May 24th, 2005, her class went on a graduation trip to Aruba, celebrating their accomplishment before preparing for the next stage of their lives. The Alabama teen was scheduled to return home from Aruba on May 30th, 2005, but never appeared for her flight.

For the past 15 years, Natalee Holloway’s parents have been desperate to find their daughter, making innumerable trips back and forth to Aruba searching for her and trying to uncover the circumstances around her death. Here’s everything we know about Natalee Holloway’s tragic vanishing. 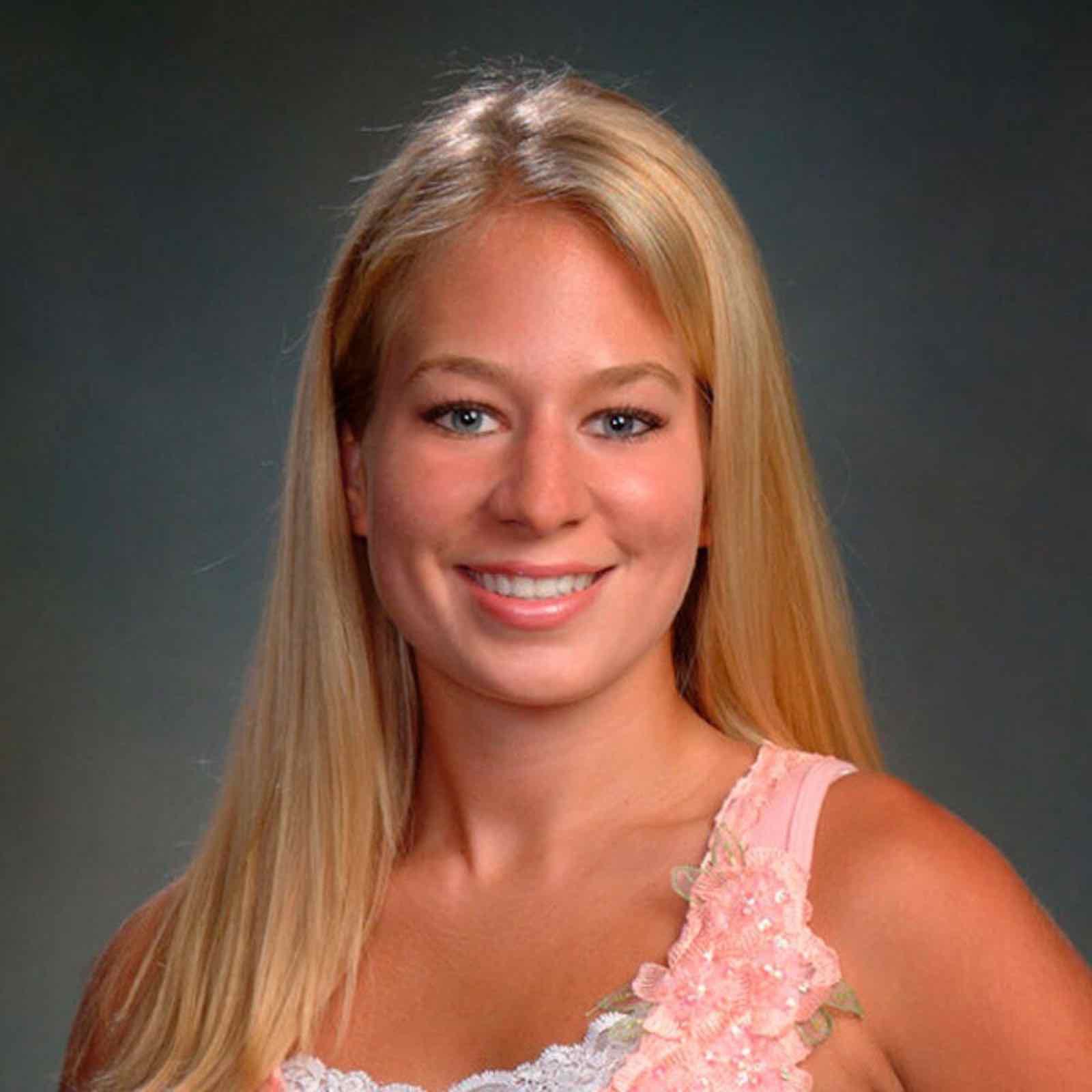 Natalee Holloway was born to David and Beth Holloway in 1986. After her parents’ divorce in 1993, Natalee and her younger brother, Matthew went to live with their mother. In 2000, Beth Holloway married George “Jug” Twitty, and they moved to Mountain Brook, Alabama, a wealthy suburb of Birmingham, where Natalee graduated from high school with honors.

Natalee was on her high school’s dance squad and a member of the National Honor Society. She had received a full scholarship to the University of Alabama, and planned to go there in the fall.

Shortly after her disappearance, Natalee’s uncle, Paul Reynolds told the AP “Natalee’s naive. She hasn’t dated a lot. She doesn’t party a lot.” 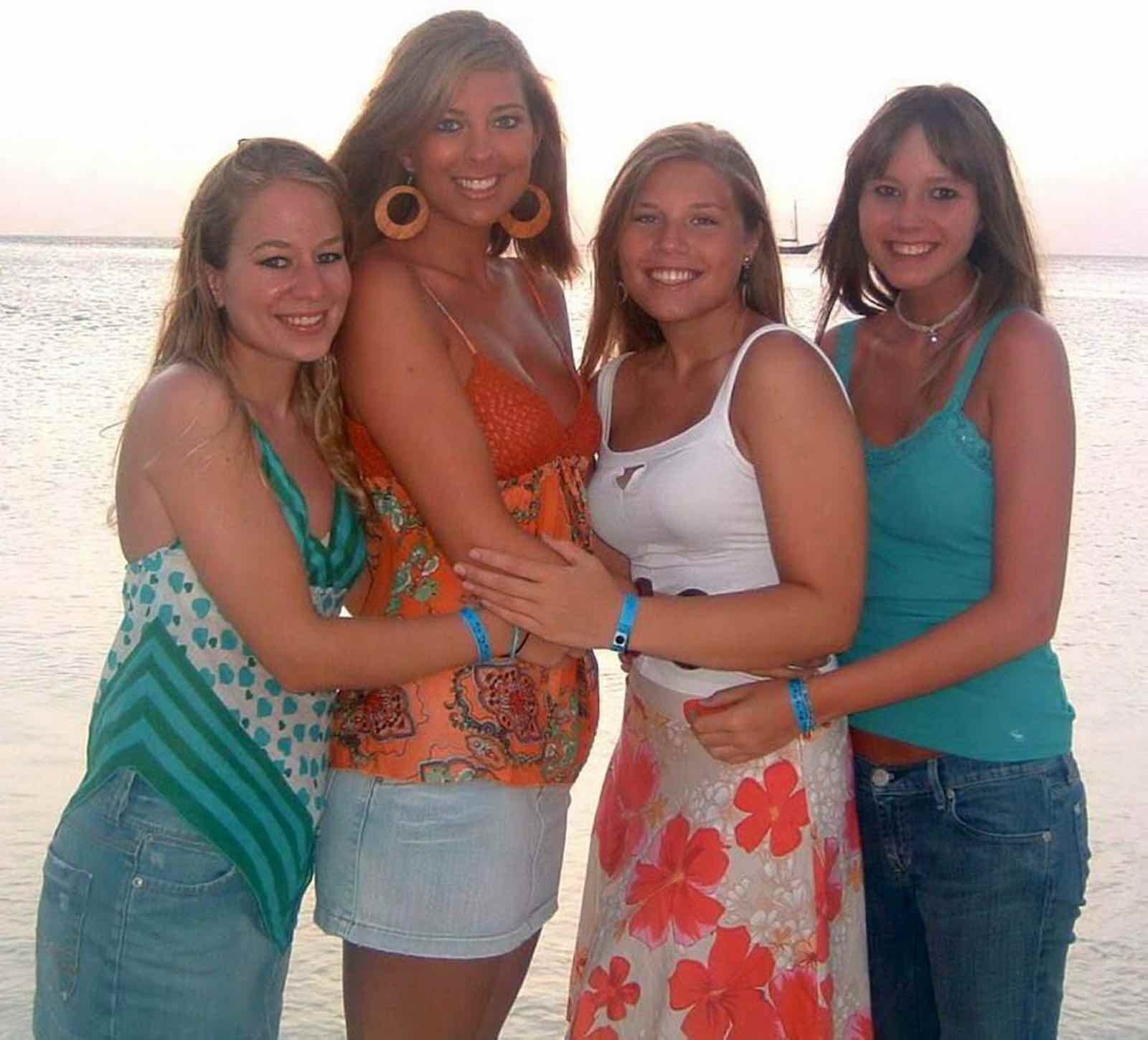 Two days after her graduation, Natalee Holloway and 124 of her classmates went on an unofficial class trip to Aruba, accompanied by seven chaperones. The chaperones met to check in with students each day, but “were not supposed to keep up with their every move”, according to trip organizer Jodi Bearman.

The trip was later described by Police Commissioner Gerold Domping to Vanity Fair as “wild partying, a lot of drinking, lots of room switching every night. We know the Holiday Inn told them they weren’t welcome next year. Natalee, we know, she drank all day every day. We have statements she started every morning with cocktails—so much drinking that Natalee didn’t show up for breakfast two mornings.” 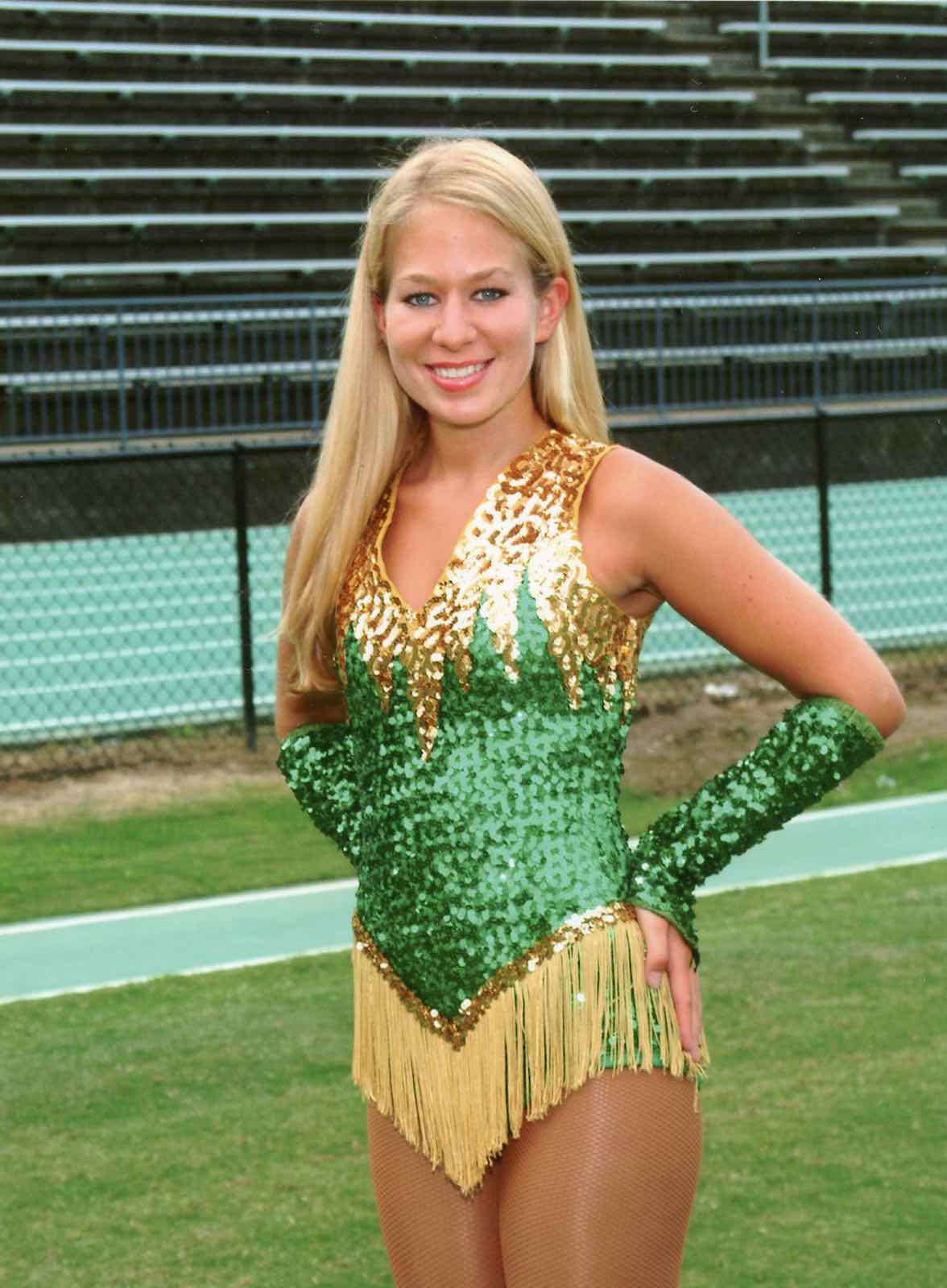 The last time Natalee Holloway was seen by her classmates was at around 1:30 AM on Monday, May 30th, the day they were scheduled to return home. Holloway was leaving the popular tourist bar Carlos’n Charlie’s in a vehicle with local student Joran van der Sloot (17) and his two friends, brothers Deepak (21) and Satish Kalpoe (18).

Natalee Holloway is believed to never have returned to her hotel room, her packed luggage and passport were found still in her room. 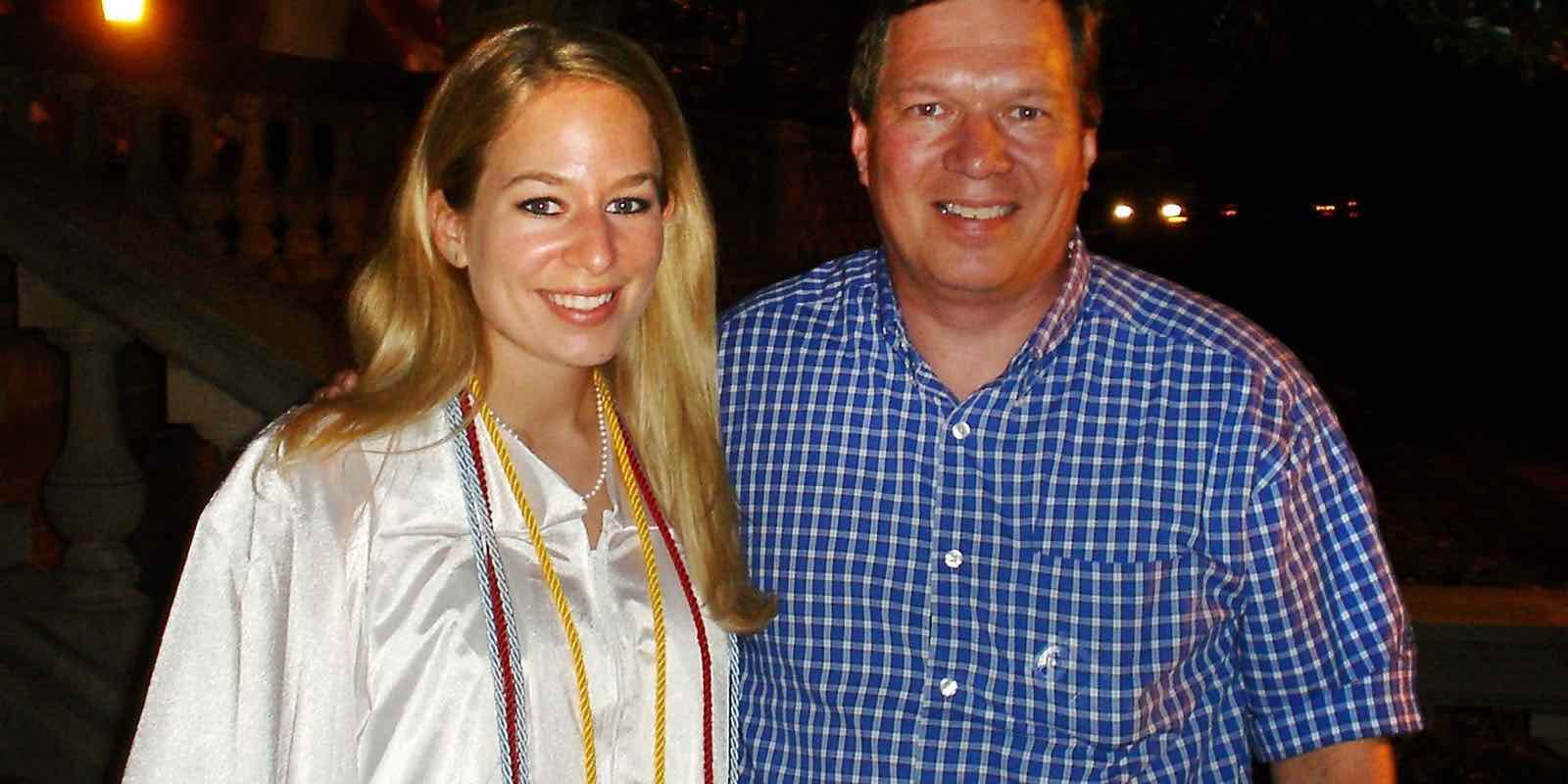 The search and investigation

Upon learning that Natalee had missed her flight and couldn’t be found, Beth and Jug Twitty immediately flew to Aruba. Within hours the couple had Joran van der Sloot’s name and were meeting with authorities. Reportedly, the night manager at the Holiday Inn had recognized Van der Sloot on video.

Upon meeting with Joran van der Sloot, he initially denied knowing Natalee Holloway at all, then said that they drove Holloway to the California Lighthouse area of Arashi Beach to see the sharks, then dropped her off at the hotel at 2 am. 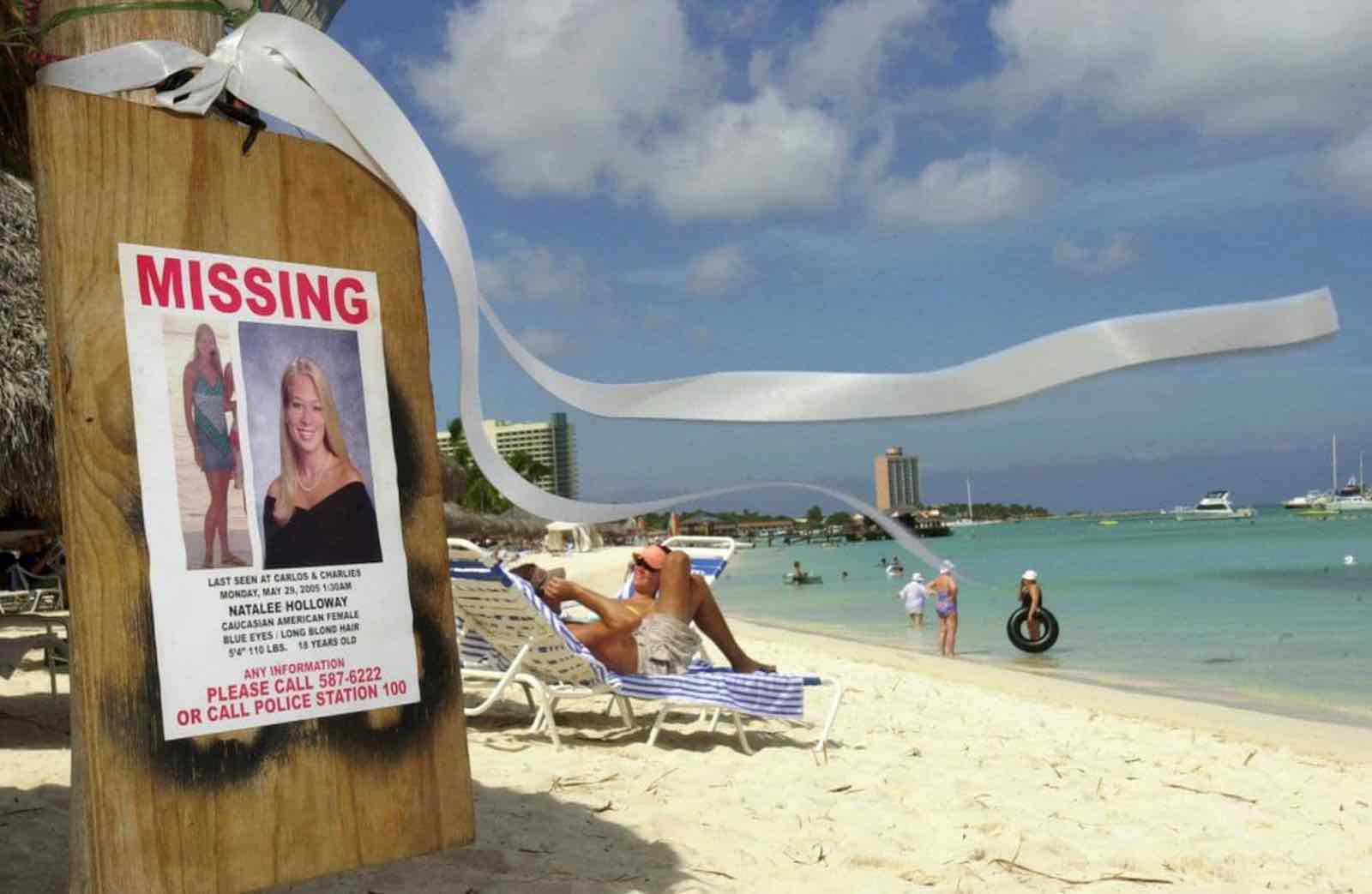 Van der Sloot claimed that Holloway was falling down drunk but refused his help when they dropped her off, and that as they drove away, they saw the teen approached by a dark man in a black shirt, which was the uniform of the security guards in the area.

What came next was easily the biggest search and rescue effort in Aruba’s history. Hundreds of volunteers searched the island for Natalee Holloway. The Aruban government gave thousands of civil servants the day off to search for the teen. Dutch marines searched the shoreline and banks raised $20,000 to provide aid to the search teams. 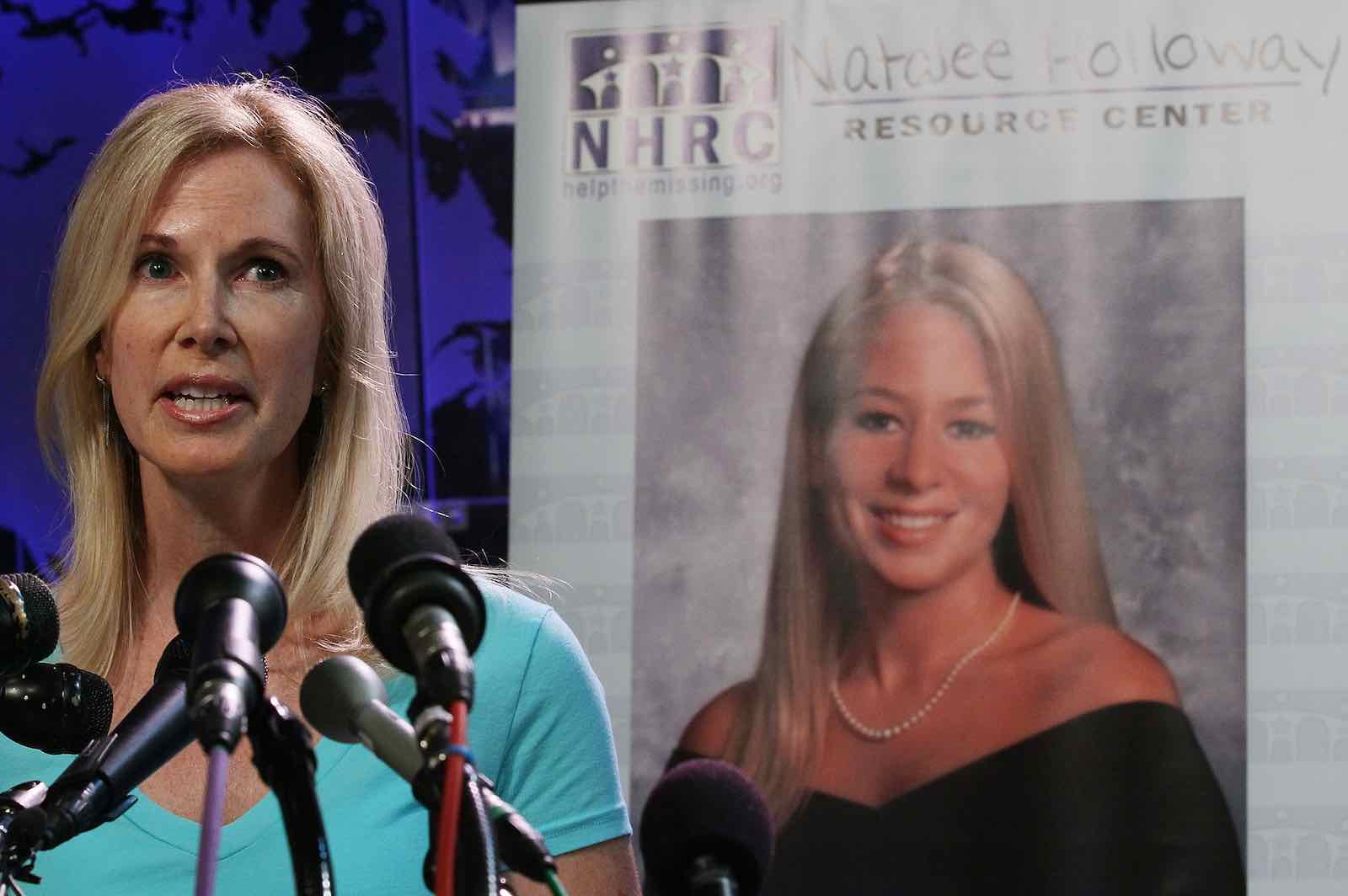 No charges filed, but lots of stories told

The guards were released on June 18th without any charges filed, and on guard told police that while they were locked up, a Kalpoe brother had told him that they hadn’t taken Natalee to the hotel, but rather he and his brother had left her with Van der Sloot at a beach near the hotel.

Joran van der Sloot’s father, Paulus was arrested on June 22nd, as was a party boat DJ, Steve Gregory Croes. Both were released on June 26th. Satish Kalpoe told police that he had lied to them and that he and Deepak had dropped Joran and Natalee off at the hotel. Deepak corroborated Satish’s story but a gardener gave a sworn statement that he saw all three young men in a car at 2:30 am. 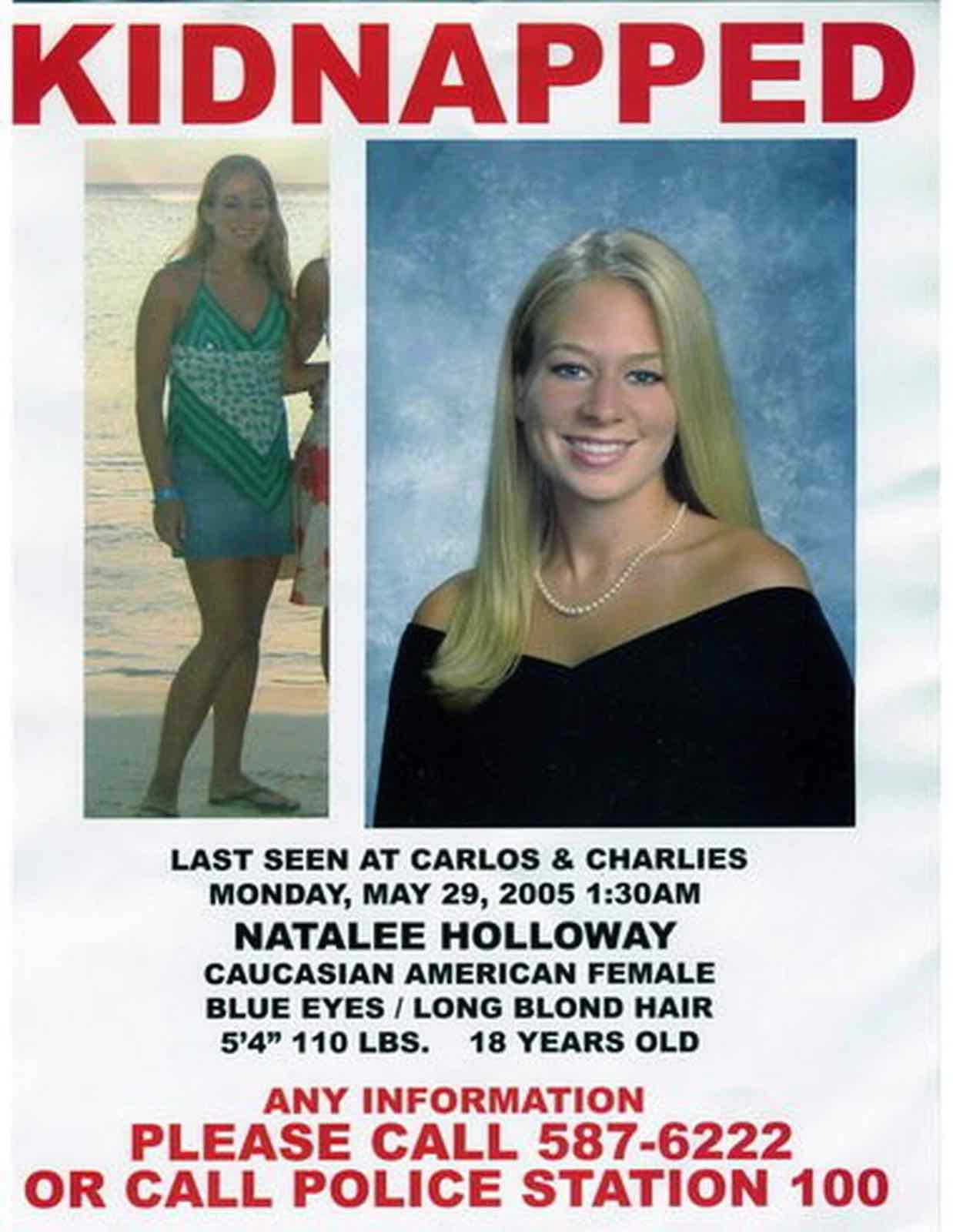 Police Commissioner Gerold Domping wasn’t buying that story, telling Vanity Fair, “This latest story [came] when [Van der Sloot] saw the other guys, the Kalpoes, were kind of finger-pointing in his direction, and he wanted to screw them also, by saying he was dropped off.

“But that story doesn’t check out at all. He just wanted to screw Deepak. They had great arguments about this in front of the judge. Because their stories didn’t match. This girl, she was from Alabama, she’s not going to stay in the car with two black kids. We believe the second story, that they were dropped off by the Marriott.” 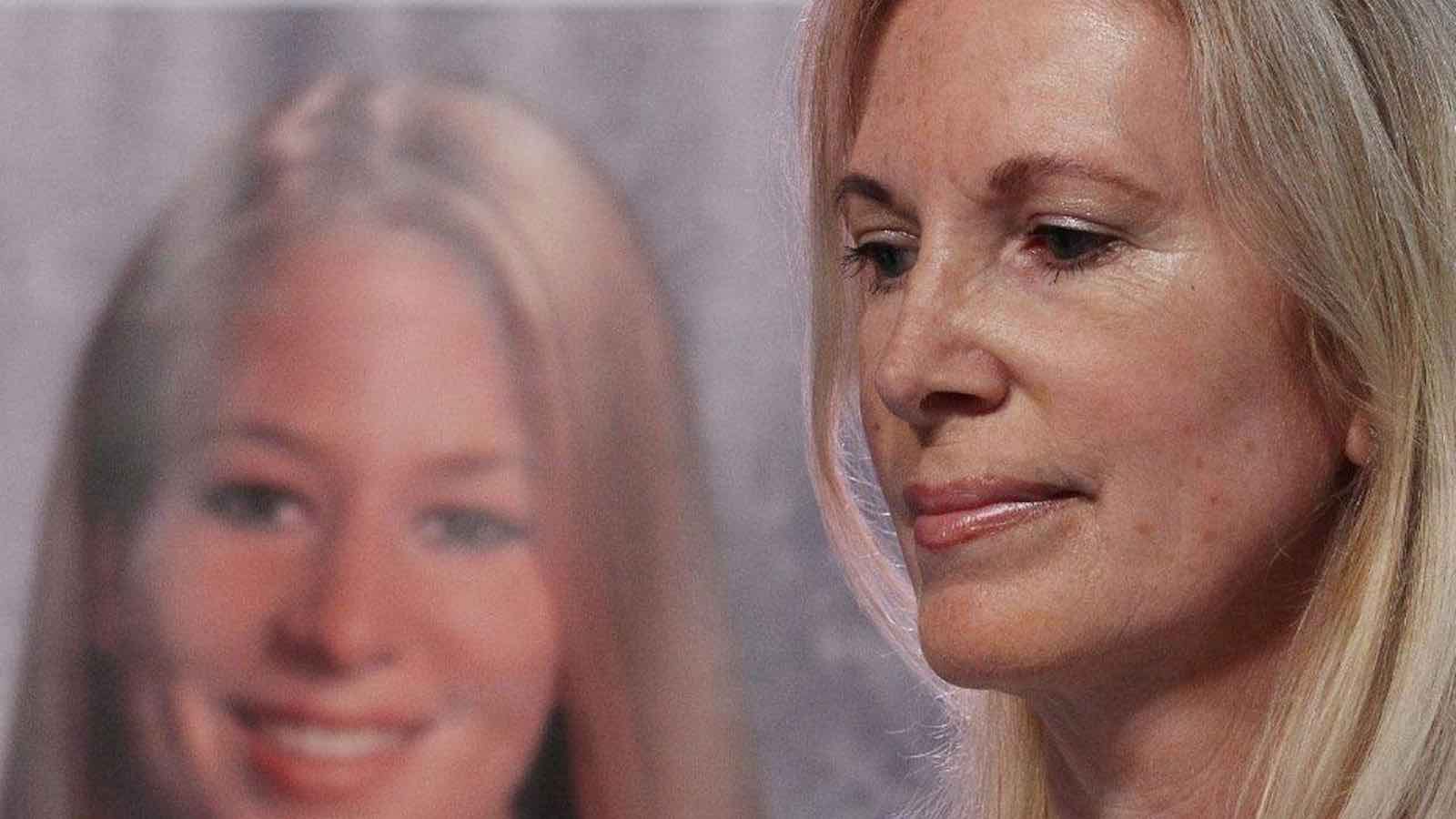 15 years of drama but no answers 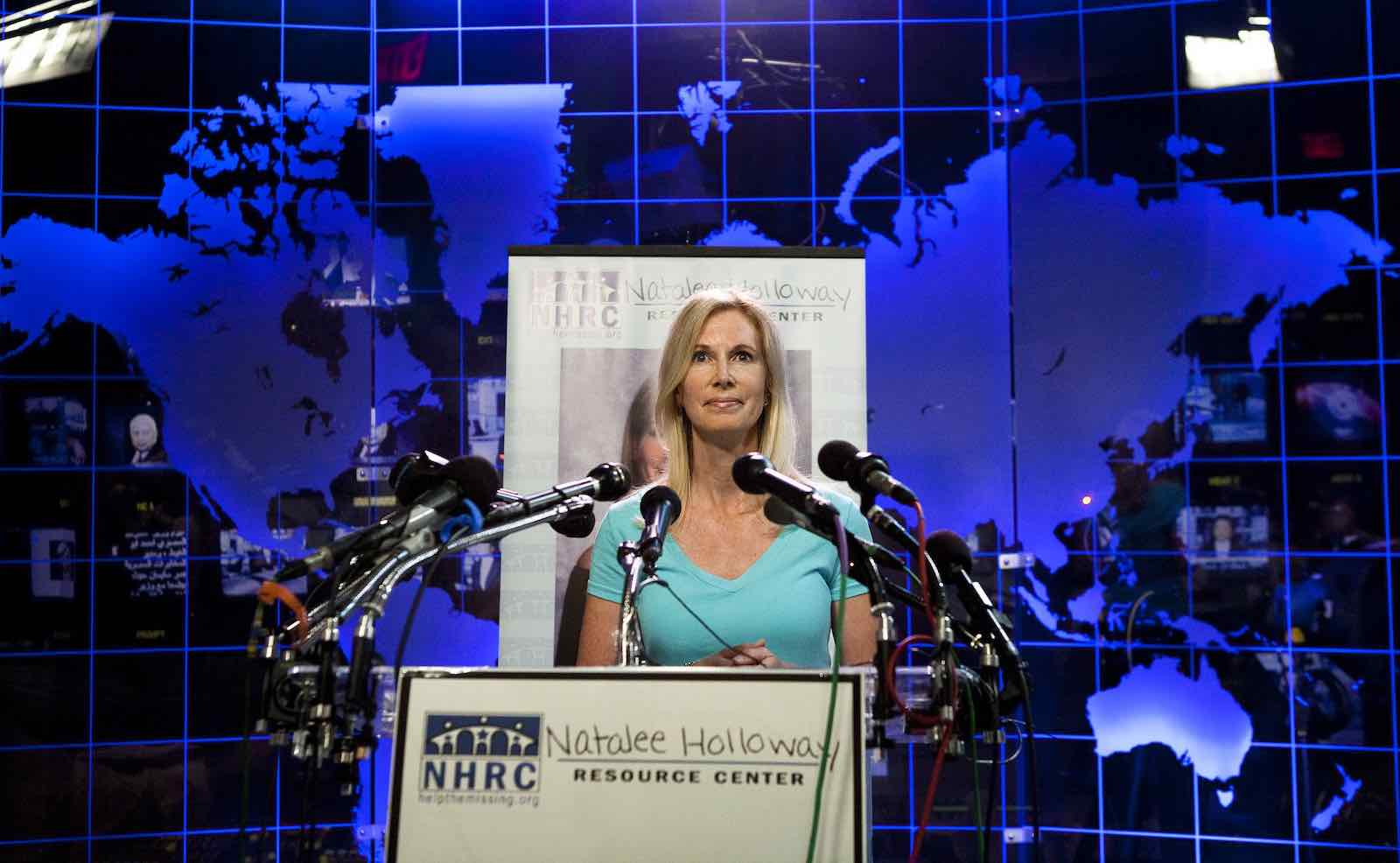 On March 29, 2010, Van der Sloot contacted John Q. Kelly, Beth Twitty’s legal representative, offering to reveal the location of Holloway’s body and the circumstances surrounding her death, for $250k. Twitty contacted the FBI and then agreed to Van der Sloot’s offer, which ended up being another false lead. Joran van der Sloot was then indicted on extortion and wire fraud.

On May 30th, 2010, exactly five years after Holloway’s disappearance, Stephany Flores Ramirez, a 21-year-old business student was reported missing in Peru. She was found dead three days later in a hotel room under Joran van der Sloot’s name. Van der Sloot was arrested for murder in Chile and extradited to Peru, where he admitted to murdering Ramirez and was sentenced to 28 years in prison.

Natalee Holloway’s parents are still hoping for some resolution in her disappearance and presumed murder.