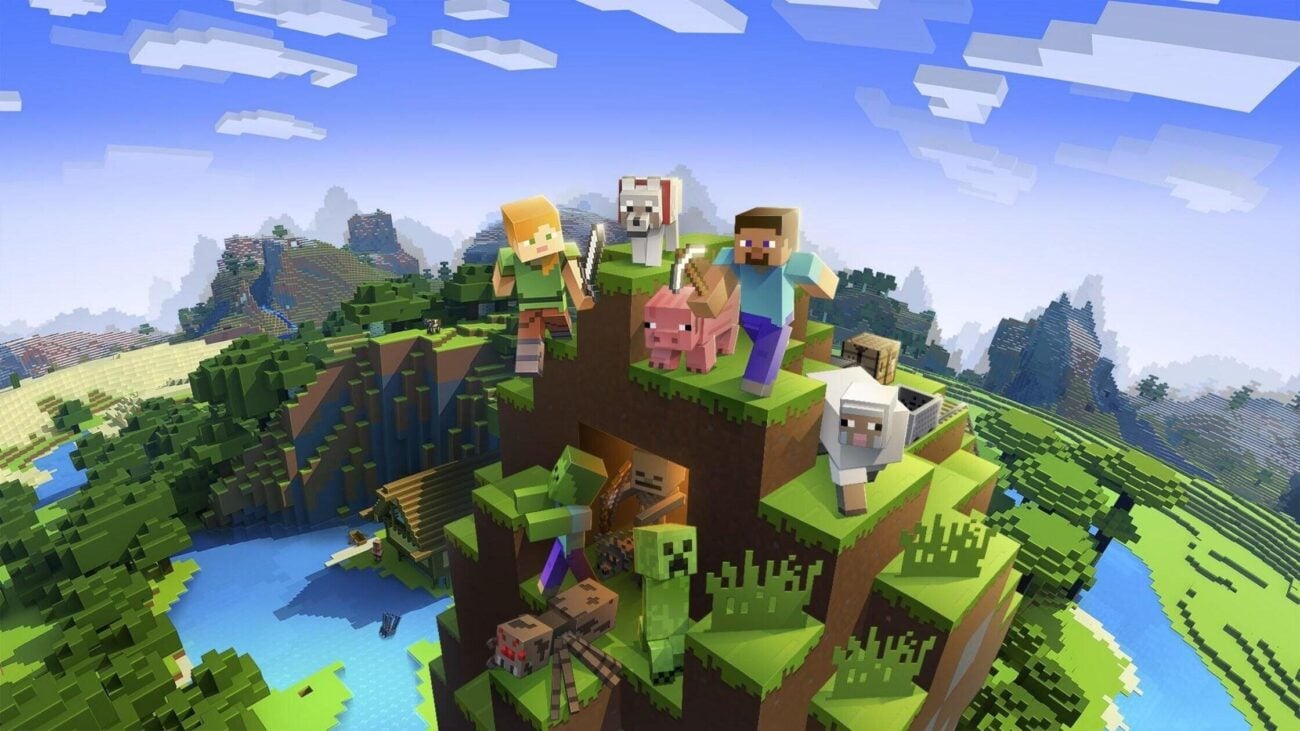 Learn the history of ‘Minecraft’ in this hilarious YouTube video

As of 2020, Minecraft sales have officially topped 200 million with about 126 million people logging on each month. Immensely popular for kids & adults of all genders, Minecraft statistically blows most games out of the water. Minecraft may now be in the clutches of young kids, but the highly modded & multi-faceted game is still loved by all ages (peaking at ages eleven & eighteen.)

Over a decade has passed since Minecraft alpha was released – if that makes you feel old, you’re not alone. The sandbox / survival game has been refined & expanded so much in this long span of years that it’s hard to remember what the bare-bones beginning of the game was like.

YouTuber Sipover reminded us of Minecraft’s tremendous metamorphosis in a new trending video titled, “the entire history of minecraft, i guess”. The way this video looks back at the game in its development process is hilarious, and we can’t help but rave about how far Minecraft has come.

Check out the clever video above to get a taste of the Minecraft evolution, an initially independent game which ended up influencing countless crafting/survival games today. Reminisce with us as we explore Minecraft through the ages. 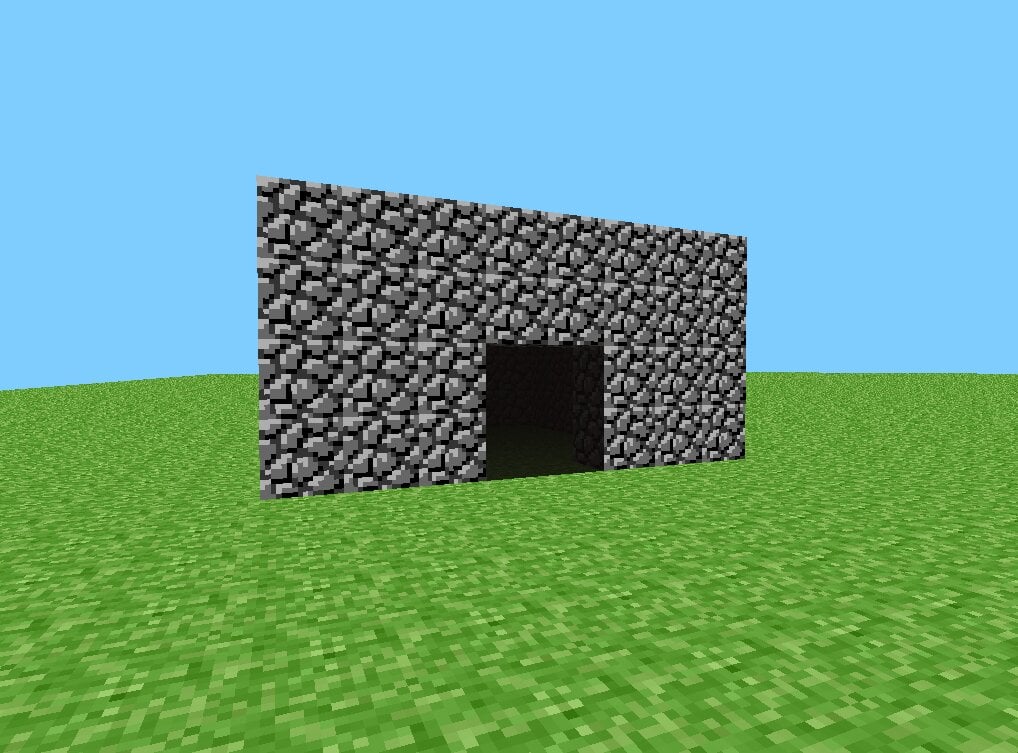 Initially called “Cave Game”, Minecraft was created in 2009 by Notch who aspired to develop a game with an entirely mine-able world where you create structures based on what you gather. The bedroom project was first distributed as a Java applet on a web forum.

This digital playground concept started with only a couple types of blocks: stone & grass. The blocks were also confined to a flat terrain which, if you walked off the edge, would send you plummeting into a blue nothingness. Eventually more depth and blocks were added such as dirt, planks, and bedrock as well as tree sprouts sticking up from the cubic wasteland.

As the type of blocks expanded as well as environment features like water, lava, and trees, Minecraft blew up in popularity – especially as a multiplayer option was added along with different skin types. (Sorry Steve, ya basic.)  The giant community was dazzled by the game’s imaginative potential, a Lego-like world entirely at the whim of the players. 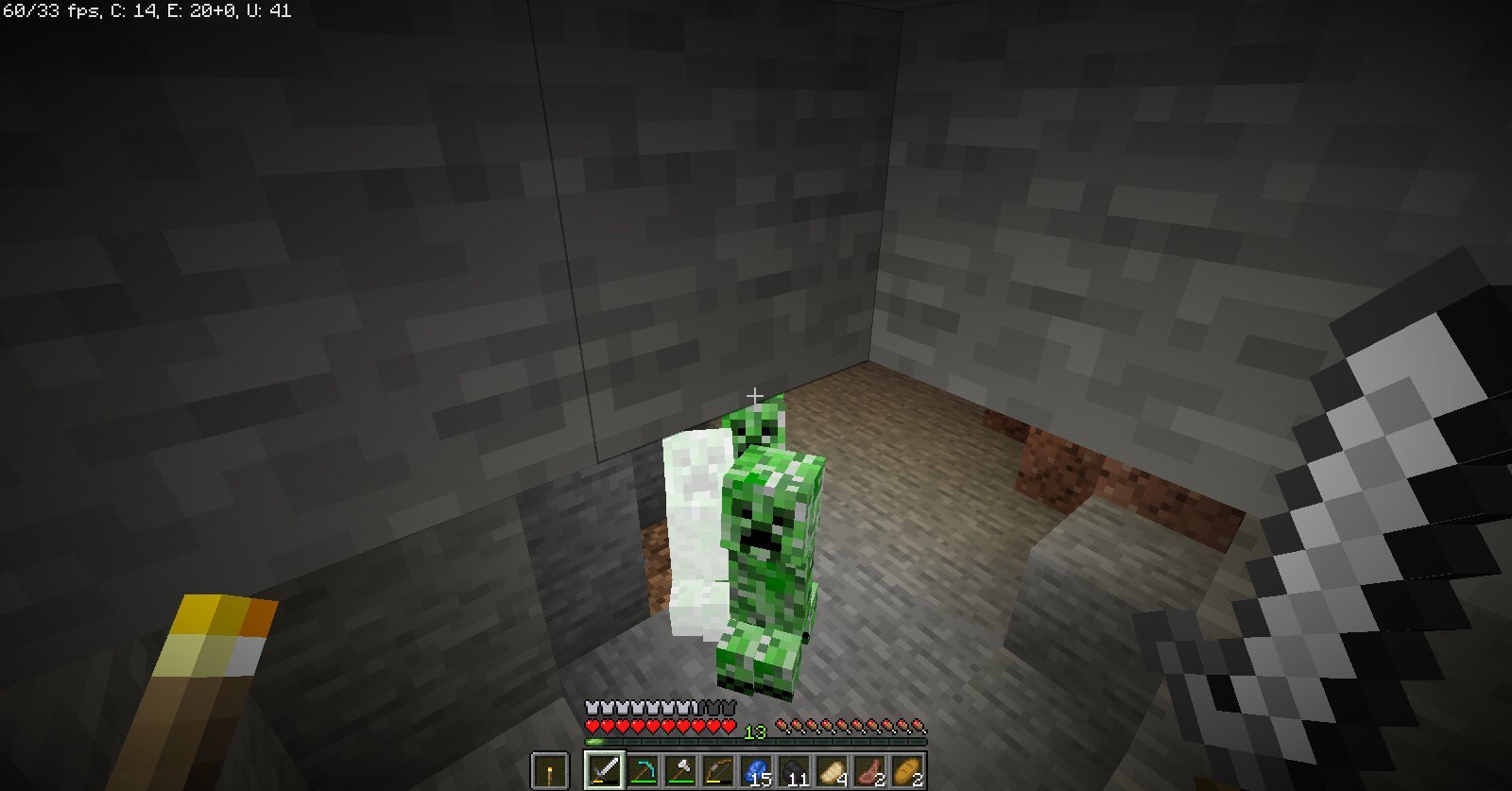 While the sandbox creative factor of Minecraft got many people hooked on the game, Notch kicked it up a notch, adding a survival factor to the game. This addition meant players had to deal with monster threats as they explored & crafted. A health bar was also added, meaning that falling from great highs now has actual consequences.

Hostile mobs such as zombies, skeletons, and, of course, the dreaded creeper lurked around, pushing you to build shelters, craft weapons, and find food (gotta bash those pigs until they turn into pork chops.) Building a home and implementing light sources suddenly had an urgency. Survival mode gave Minecraft more goals & incentives meant to keep you invested. 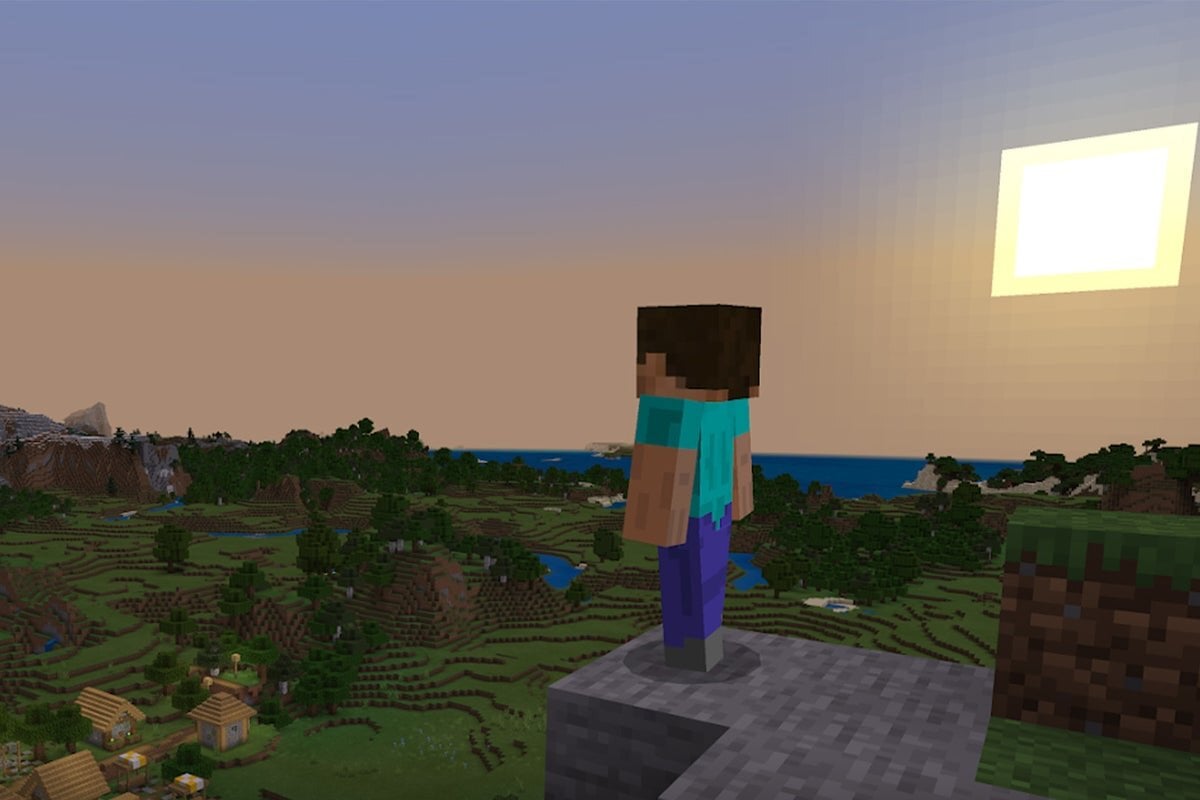 After Minecraft had these creative & survival elements under its belt, Notch released the big 1.0.0 update which tied each addition up in a nice bow, presenting a sprawling game to explore. From 1.1 to 1.16.201, these updates continue to bolster a thriving, complicated world. We’re just going to go through some of the most revolutionary updates.

Update 1.3.1 brought “adventure mode” which spawned villages, deserts, and jungle temples with actual NPC villagers who you could trade with. From there different biomes came about like tundras and eventually even the Nether, an fiery underworld with new enemies & blocks. 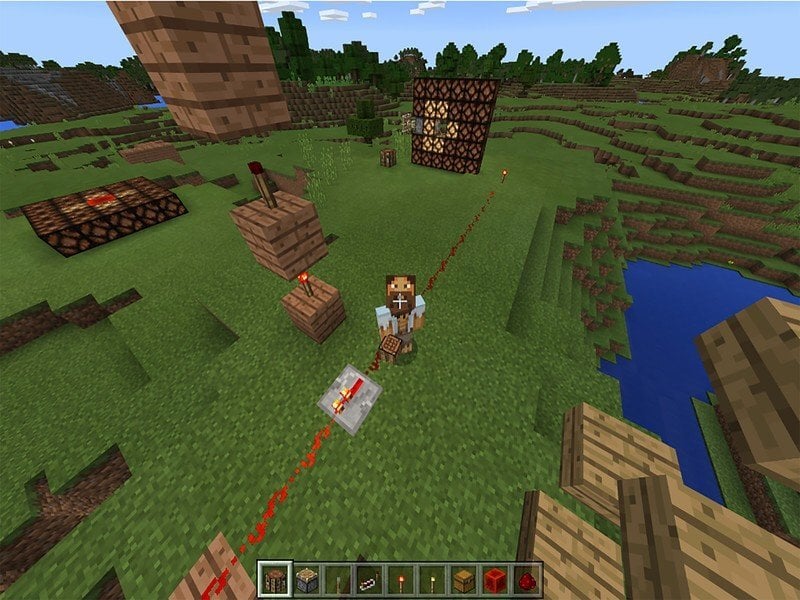 Another big update introduced Redstone, the energy system of Minecraft. Redstone powered automatic processes like levers, buttons, pressure plates, doors, and pistons. Redstone can make the game very complicated if you choose to dabble into the possibilities.

With new ideas always coming, Minecraft will continue to spawn new items & adventures. And if the base game just isn’t enough, new expansions are for purchase as well as infinite mods allowing you to tailor the game to become exactly what you want. (Even if that means ruling out some useless stuff adding bulk to the now-huge game.)

Minecraft has become so huge that the figurehead character Steve even made it to Super Smash Bros Ultimate in 2020.

Which Minecraft update did you find the most fun? Let us know below.