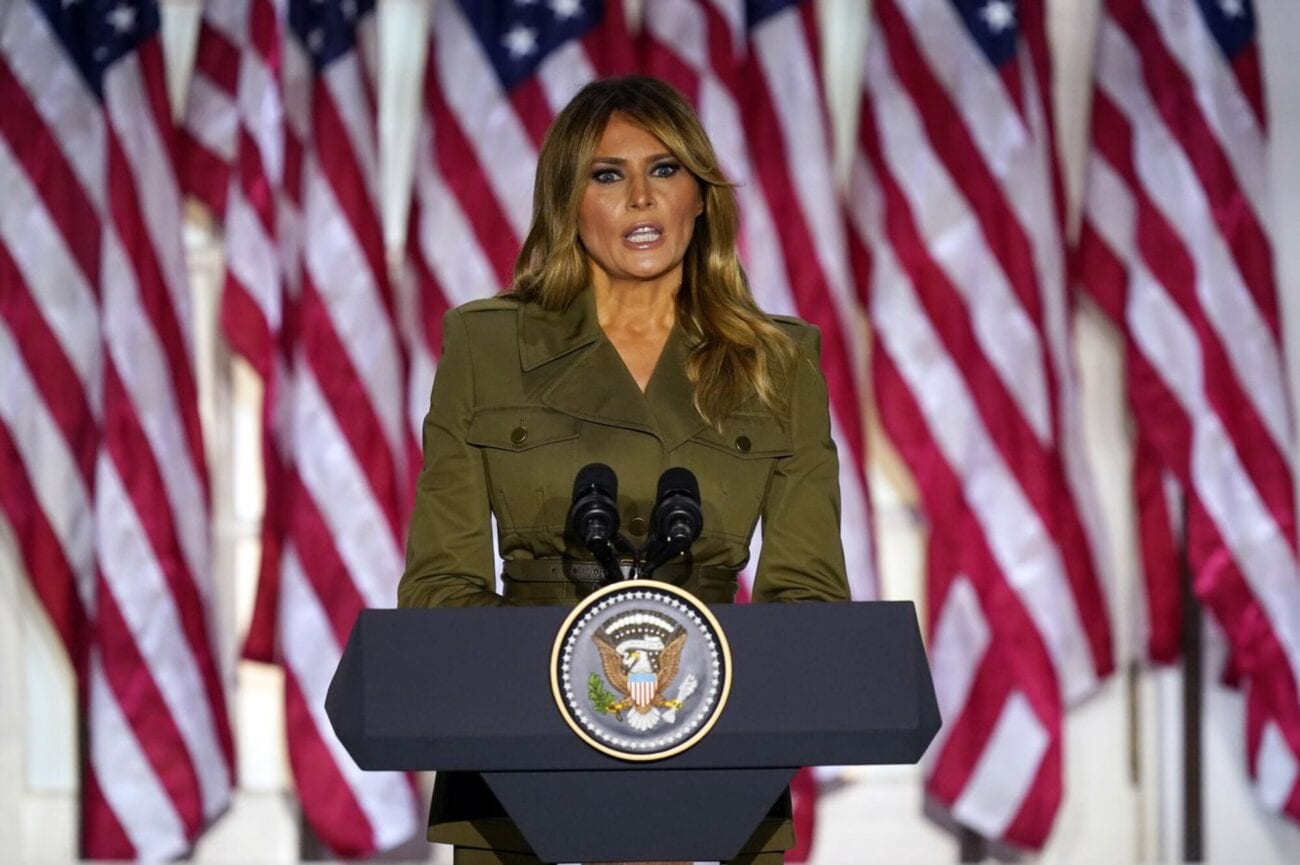 The best Twitter memes about Melania Trump at the RNC

It’s been a big week for the FLOTUS with the most-uss, Melania Trump. Ahead of the release of a new book, Melania & Me: The Rise and Fall of My Friendship with the First Lady, author Stephanie Winston Wolkoff has come forward announcing her tell-all book will feature previously unreleased audio recordings of the Slovenian-born model-turned-political-figurehead.

Wolkoff claims the recordings feature “harsh comments about Ivanka Trump, the president’s elder daughter and senior adviser” as well as critiques about the president himself and his other children. We could not be more excited to read Melania’s tirades.

In addition to the bombshell book due out on September 1st, Melania took to the stage last night at the RNC to give a speech many heralded as coherent and without a hint of plagiarism – while others condemned the First Lady for her tone-deaf, hypocritical rambling. We assembled all of the best Twitter takes for you to read below.

The Onion peels off a stinky one

We gotta give it up to The Onion for always being there when we need it. This satirical look at the themes of Melania’s speech is so good it reads like nonfiction.

Melania Trump is speaking at the RNC tonight.* pic.twitter.com/MpeSEZEvIZ

Whoever decided to make The Simpsons part of 2020 meme culture did a wonderful thing for our mental health.

RNC very nervous about how she will be able to read from her plagiarized speech. pic.twitter.com/FmbwAfb5Kg

It’s all in the eyes

Behind that smokey-eye makeup trick Melania loves so much is a woman lost in the sauce. We hope she finds her way soon.

If anyone missed Michelle Obama’s amazing speech last night, don’t worry…you’ll get the chance to hear it again when Melania repeats it at the RNC Convention next week… pic.twitter.com/zI0efbLp8q

In case you forgot the time that Melania ripped off one Michelle Obama’s speeches, this is a pretty good reminder.

Melania is preparing her speech for RNC. pic.twitter.com/HapLZLy0iU

And another one for all you Michelle Obama truthers out there.

Melania Trump delivering her RNC convention speech from the newly renovated White House Rose Garden – against a backdrop of 170,000 American deaths – is stunningly out of touch.

Time to get a little real

All jokes aside, let’s talk about the cruel nature of the setting for Melania’s RNC speech.

Next week, I can’t wait to hear the touching love story of how Donald cheated on his first two wives before finally marrying Melania and then cheated on her. The RNC Convention is going to be so good. #DNCConvention

Helen comes in with some shade!

I do not envy the RNC staffer scrambling to put together a video depicting Donald and Melania’s love story…. #DemConvention

We usually love a slideshow of love, but this one feels different.

What do you think of Melania’s latest press? If you’re interested in starting a book club reading of Melania & Me: The Rise and Fall of My Friendship with the First Lady, please let us know in the comments.