Sometimes watching a reality show helps you escape your own. Netflix’s Selling Sunset provides glitz, glamor, and drama! Each season provides an inside look into LA’s real estate world with brokerage agency The Oppenheim Group.

Want to find out even more about your favorite real estate agents? Here’s our exclusive interview with Selling Sunset’s Maya Vander.

After Selling Sunset season 3, rumors were circulating over Vander’s status at The Oppenheim Group. Maya Vander & her family live in Miami and commute to Los Angeles for important clients. One of the reasons the rumors started circulating is because Vander revealed she was having second thoughts about continuing her career in Los Angeles.

Recently, Maya Vander revealed she’s in Miami full-time, but hopes to remain a part of Netflix’s hit show. Oppenheim wasn’t interested in opening an office in Miami. Fans wondered, with the Miami office shut down, would this mean Vander would walk away and go to a real estate agency in Miami? 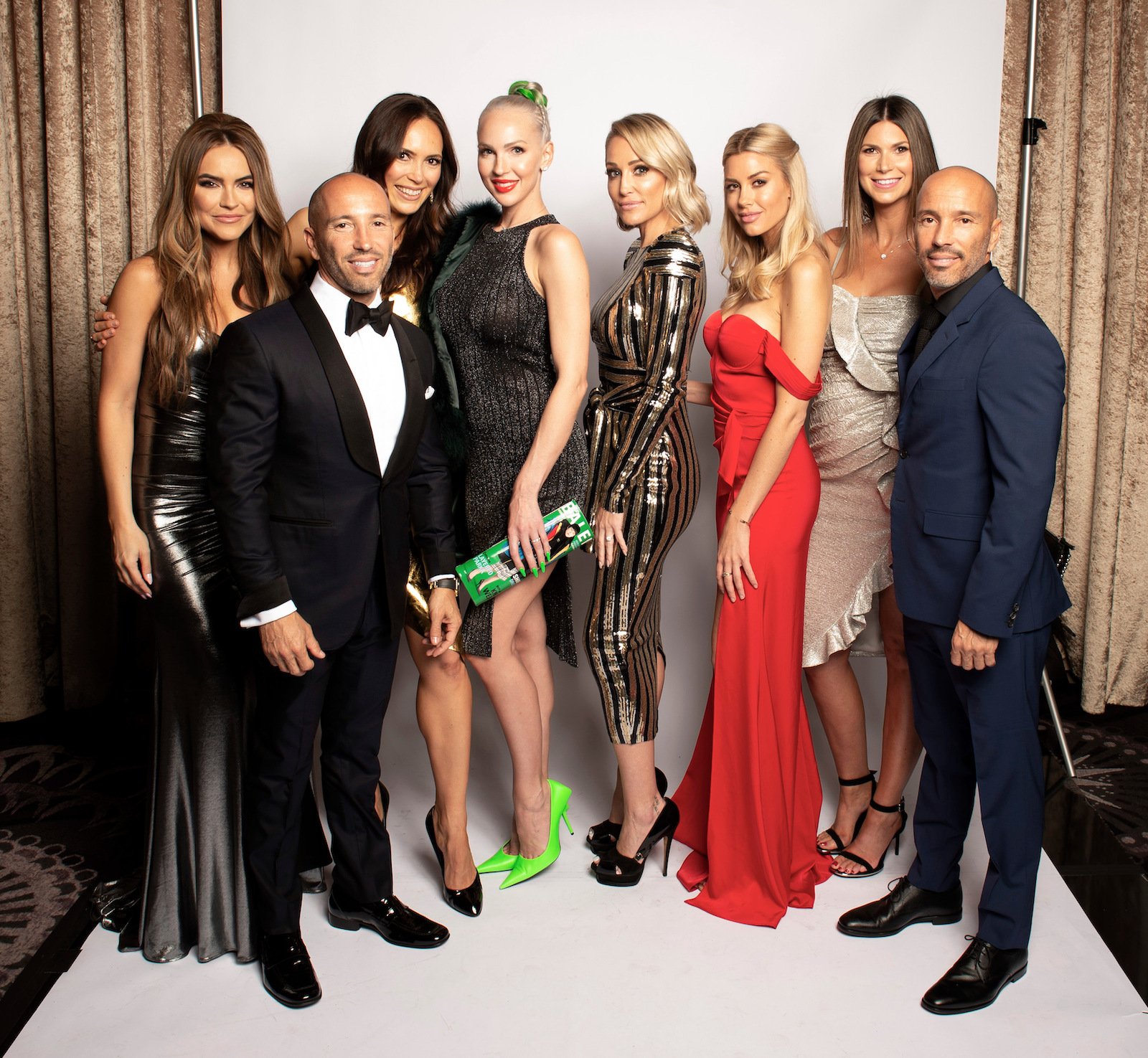 Maya Vander provided a much-needed voice of reason among the chaos that is Selling Sunset. Since her move to Miami, fans have been concerned that Vander won’t stay on their screens.

If Selling Sunset continues to be a home run for Netflix, the streaming service could create a spinoff series like the plethora of different Real Housewives shows. Oppenheim might have turned down Maya Vander’s idea to open an office in Miami in season 3, but he explained Miami wasn’t a market he wanted to get into at the moment.

There’s no word on when or if Miami gets an Oppenheim Group office, but Vander would be situated perfectly to head the office in a spinoff show. Either way, Vander’s career on Selling Sunset isn’t over. 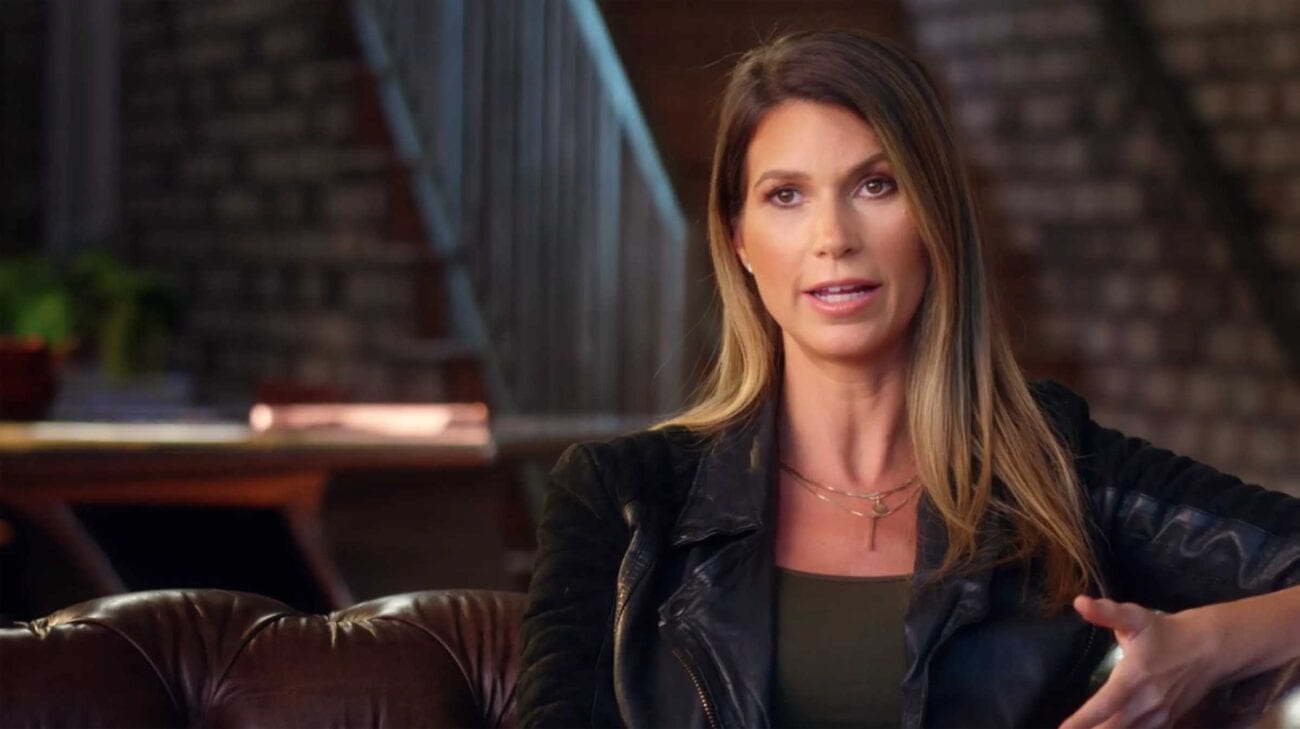 During the show’s success, Maya Vander gave birth to not only one, but two gorgeous children. Since having her children, Maya has been more family-oriented, but has still kept her love for real estate in mind. Wanting to expand her portfolio, Vander has been working with Jason Oppenheim to gain her broker license.

While her future with Selling Sunset is up in the air, Maya’s future in the public eye is almost guaranteed.

Make sure you read through our exclusive interview transcript!

You’ve mentioned multiple possibilities in Miami. Have you decided on anything

Yeah. So I am taking my broker’s licence. I’m studying for that. I mean in the ideal world, I would love to have my own company here. I am under Douglas Elliman right now, which is a different company as obviously Jason doesn’t have an office in Miami.

So I have to bring my Florida licence somewhere. Would be nice if I have my own licence and I can kind of like do my own thing. And then obviously, if we can collaborate with Jason, perfect, but I don’t know if he’s going to be investing in Miami yet, so we’ll see.

How likely do you think Selling Sunset is greenlit again by Netflix? How involved would you be?

Yeah, you know I would be shocked if we’re not gonna get renewed given the huge success, especially after the third season, but you know it’s Netflix and they don’t tell us anything, so I’ll have to call you back. But then also if they do it, I think it’s going to be a while until we actually start filming because we are in a pandemic situation and I don’t think it’s going to be the same field, you know?

Doing, you know, full open houses with agents and parties and events because you know you still have to do social distancing and all that. So I would hope if they decide to renew for season four that would be when it’s actually safe for everyone to actually do it. 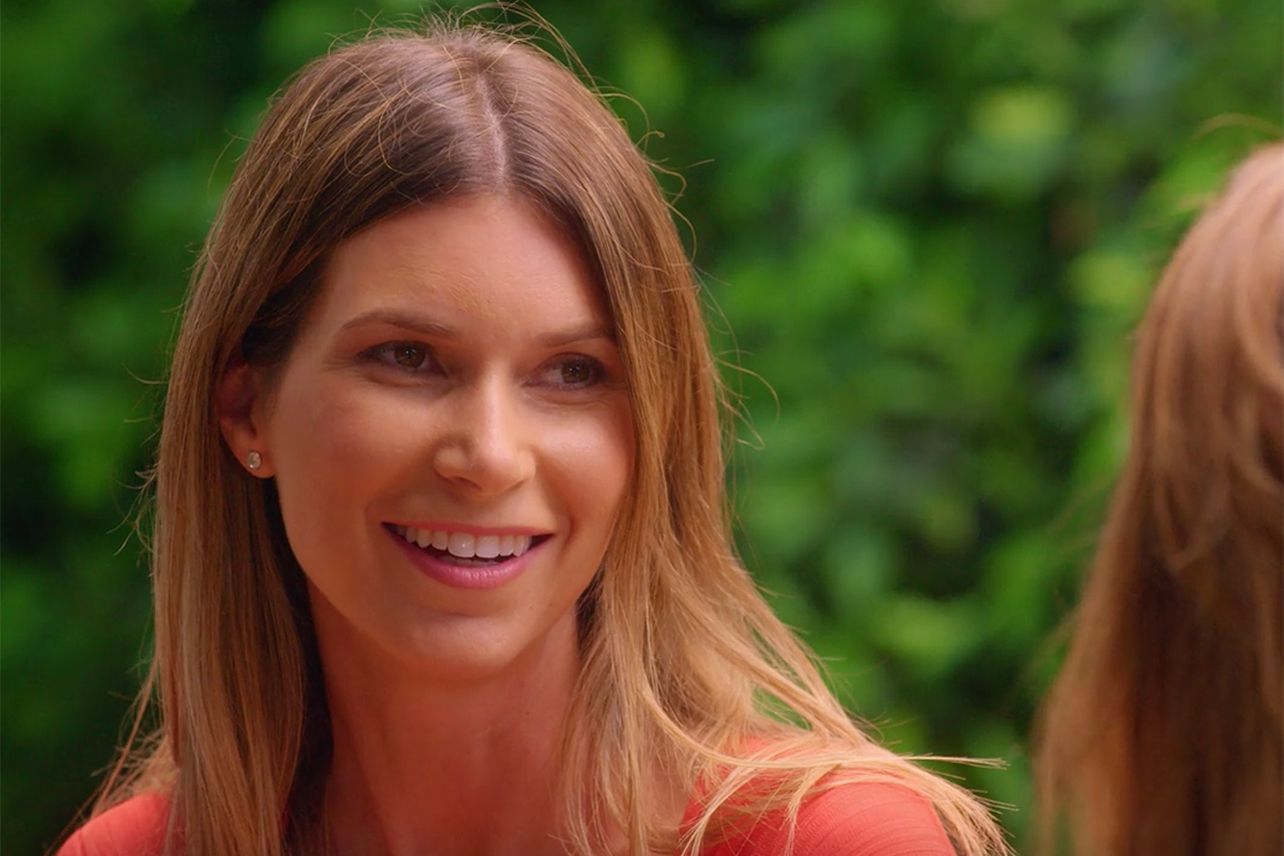 You’ve sold some very beautiful homes with Selling Sunset. Which property is your favorite and why was that your favorite?

Let me think. I like the one I sold on the first season with Chrishell, the one on Kings Road. That was a beautiful house and I saw the location was great. Unfortunately, some of the stuff that I sold actually is not in the show.

And that’s including places in Miami, but in the show I would say I actually also like the development one that I sold last year with Brett. And so that would be that’s a great potential. I know it looks ugly but I think it has a great potential and I’m excited about what my clients are going to do there.

So the season three finale of Selling Sunset was explosive. Having been there in person, how accurately are the arguments portrayed?

So the conversation was longer than what they showed. It was very emotional on Chrishell’sl side. But then again, you know, I think the way they edit everything made Davina look really she was attacking, but she I wouldn’t say she was really attacking she was saying like a long sentence and obviously editing, kind of like take bits and pieces and put one line and it looks like whoa.

But I can tell Davina meant to support Chrishell and we talked about a bunch of other things in our conversation but obviously, it doesn’t make it to the cut because it wasn’t that interesting. So they take the most interesting part and they make like, the end of the world. But you know that’s what makes the show great. It felt very fresh, like it was right after Chrishell’s divorce was out so she was definitely emotional. 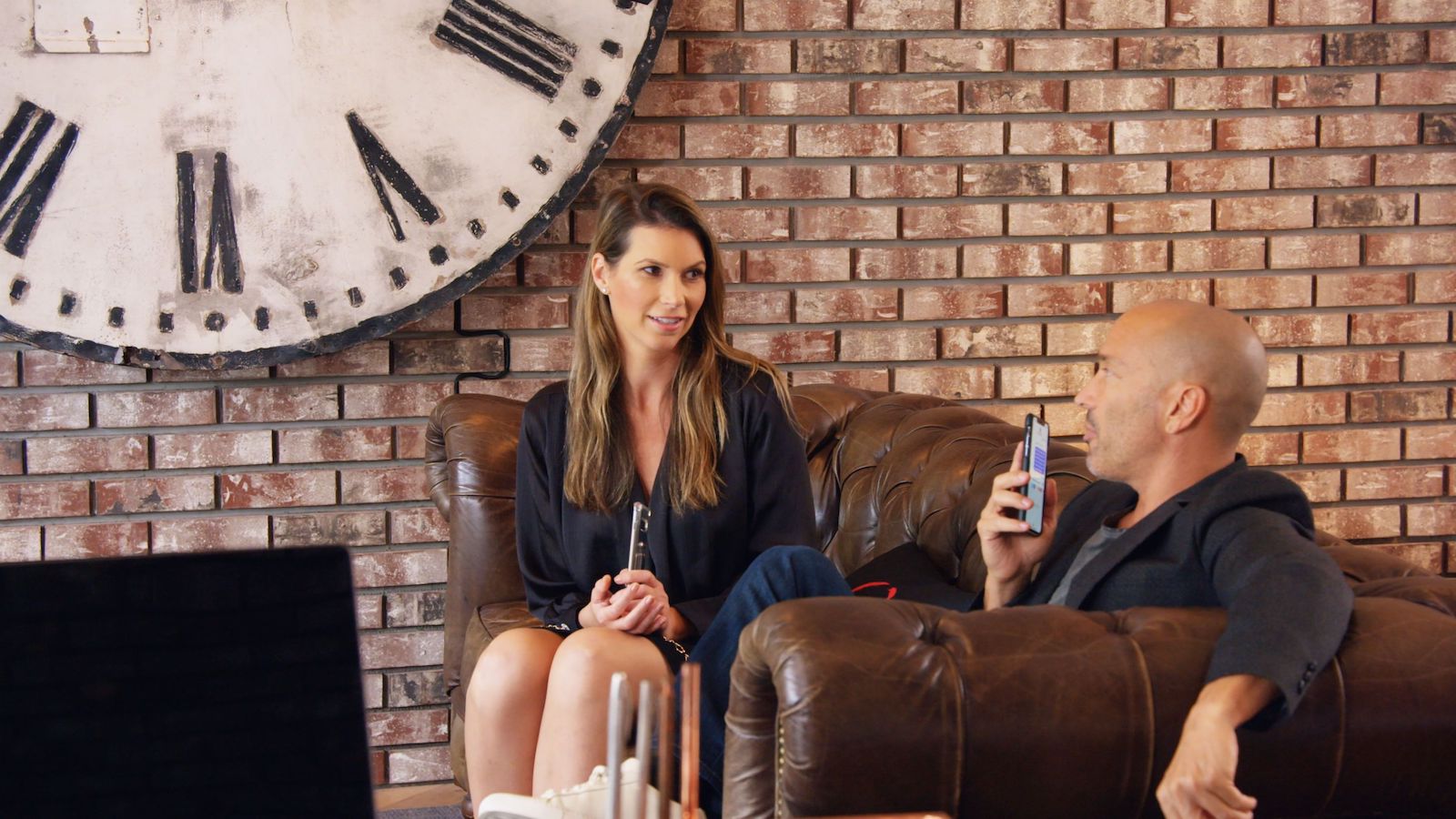 We watched part of your joyful journey to pregnancy. What’s the most rewarding part about motherhood and how do you manage that with your busy career?

So it’s a difficult to balance, I feel like it’s hard to have it all. And right now, I balanced because my husband also works from home, so it’s easy for me to, let’s say, go to a show you know, do some stuff related to real estate. And obviously being the key in the babies and the kids’ lives. We got to probably hire someone because I’m very busy and my husband is busy, so I need someone that will have at least another set of eyes, in case I need to go somewhere. So I need a little bit of help.

I got to meet a Superwoman cause I can’t do it all. But I love being a mother, I think, you know, just like looking at my baby smiles and then just interacting with them, especially when they interact more now. My son is one year and a half now and then, my daughter, she’s four months. She’s smiling. I just love doing that and I gotta tell you I’m much more patient than what I was. I didn’t I was a patient person until I became a mother. 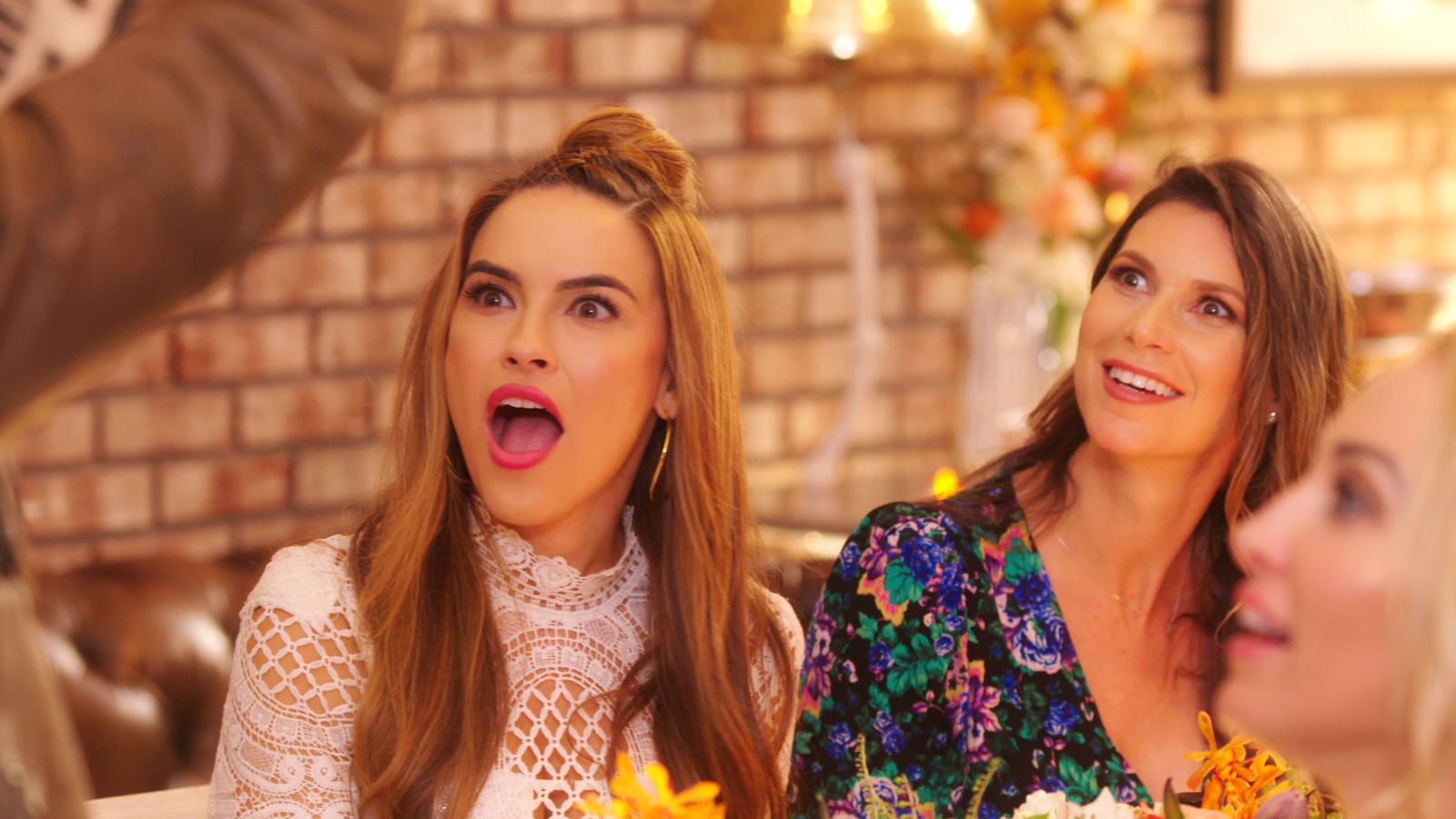 Chrishell’s divorce was a hot topic in season 3, what thoughts ran through your head?

I think the show handled it pretty well. You know, I was shocked to find out. I am still disappointed for actually what happened to her, because they saw they were like, really cool couple they look like a nice fun couple. And we will go there for him, I mean look the show decided to show only Mary and Amanda, you know, coming to see her and comforting her, but we were there. 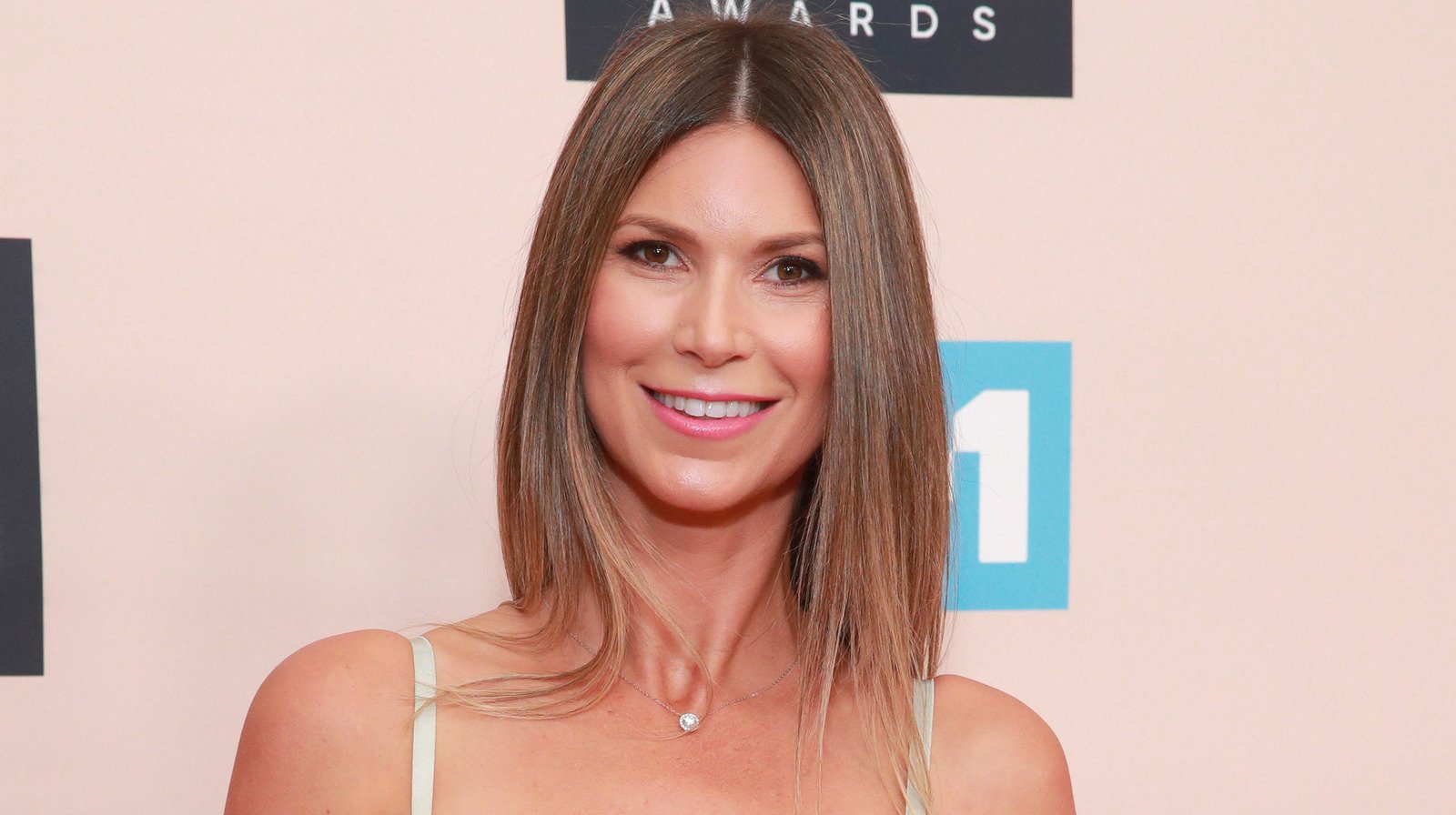 Selling Sunset always focuses on the drama within the group. But when the cameras aren’t around, do you guys get along better?

I feel like it’s less drama when the cameras are not around. Right, so, you know, the camera is always there at the office, when we film. So we’re going to have conversations that organically happen and then someone else has a different opinion so that creates tension. And obviously some of the drama between Chrishell, Christine and Mary. But off-camera, there is a little bit of drama actually that could be good if we would film it but we’re not filming right now.

So things happen also off camera. I would think maybe a little more happened on the camera but there are definitely things that happen when we are not filming right now that could be interesting. But, you know, it’s like six or seven girls, leave it to a couple of girls to always have something going on. I tried to stay away.

Name three features your dream home absolutely must have if money were no object.

Watching ‘Red Notice’ free at home? Is the movie on streaming?