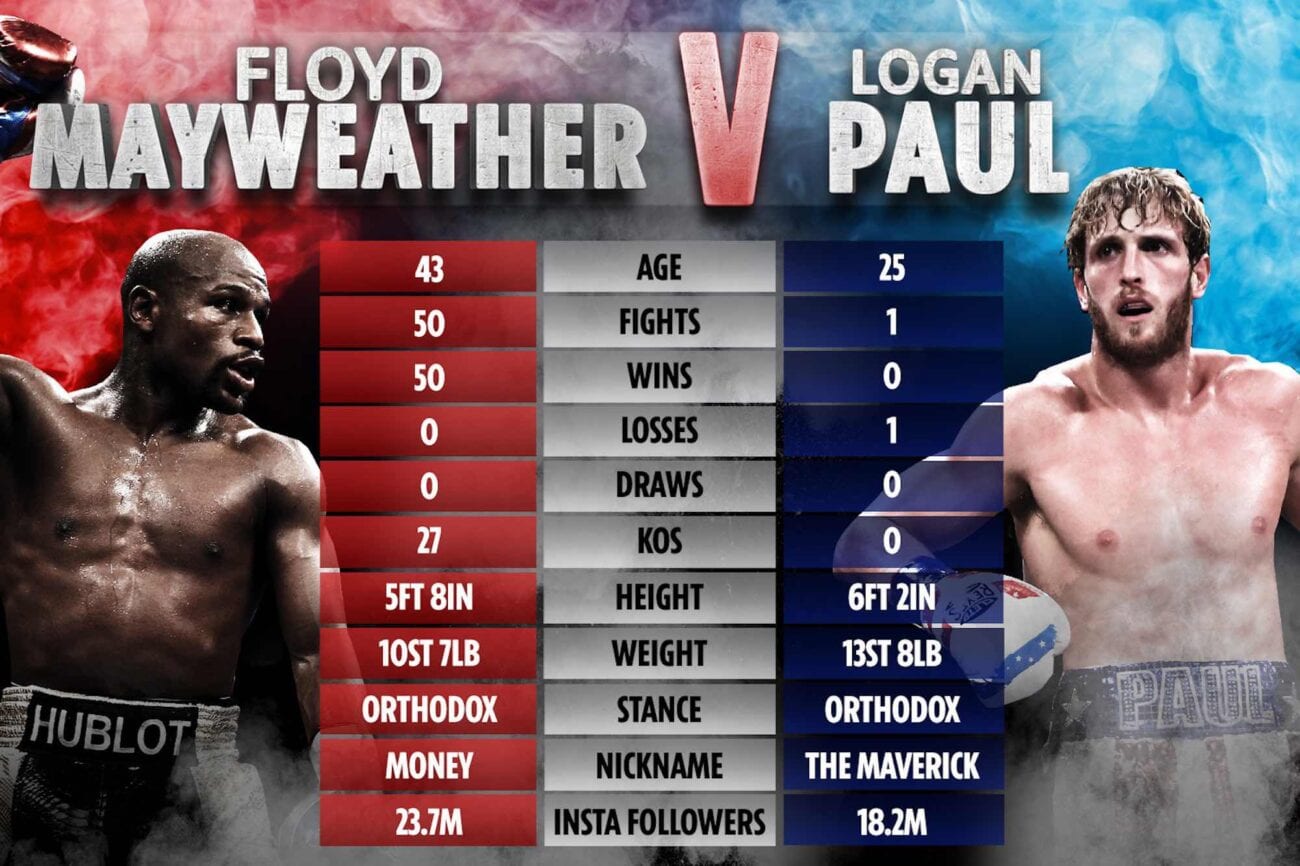 Logan Paul vs. Floyd Mayweather: Catch the best memes about the fight

Ever want to see Logan Paul get punched in the face? Then are we about to make your day, random reader. For some reason, Logan Paul will be in the ring with Floyd Mayweather. During his career, Mayweather won 15 major world titles in five different boxing weight classes. He’s considered one of the best boxers of all time. Mayweather may have retired from boxing in 2015, but people are still talking about his fights.

Logan Paul is that guy who went to the Suicide Forest in Japan and filmed a dead body to put on his YouTube channel. He’s famously the armpit of the YouTube community. Sure, he has his fanbase, but, also, he’s the worst person possible. He tried to give a fish CPR by taking it out of the water and tasered two dead rats for fun. Needless to say, a big chunk of the internet wants to see him get wrecked by Floyd Mayweather.

Here are some of the best memes about the Logan Paul vs Floyd Mayweather fight, but really let’s call it the slaughter that it’s going to be, yeah?

Mayweather showed up 2 hours late, knocked him out in 3 minutes, made him cry, and took home $9 million. pic.twitter.com/v24nZMKi7p

Pitch for the fight with Logan Paul. Floyd Mayweather rolls up 30 minutes later with Starbucks. He knocks out Paul before his frappuccino gets melted and leaves on a set of Heelys with the American flag flying out behind him.

For those asking, we are not taking bets on this at this time because it is an exhibition fight.

And because Floyd Mayweather is one of the best boxers of all time and Logan Paul is a YouTuber.

2. The bookies even know it’s not a real fight

Don’t bet on the fight anyway. The only way you could make any serious money is if Paul somehow wins. Just pay for Pay Per View and get ready to see Logan Paul get wrecked by one of the best boxers of all time.

Not that we want to know what it’s like in Logan Paul’s mind. But what sort of narcissistic delusion of grandeur do you have, sir, to think that you can beat Floyd Mayweather. You fought KSI twice and lost to him both times. Your track record is non-existent!

The only thing that everyone wants to see is Logan Paul get beat. Just knock him out Floyd. Knock him out and win the hearts of the people forever and ever and ever. Logan Paul in this actual fight is the funniest idea in the history of ever.

BREAKING: I'm hearing from my sources that Floyd Mayweather intends to toy with Logan Paul for the first two rounds and then KO him in the third and immediately hop on Youtube live to do a stream of Logan's unconscious body.

5. It would certainly get the views

Well, there you go. Get the stream of Logan Paul’s unconscious body, Mayweather. Make us all proud. Anyone think Logan Paul will bow out the closer the fight date approaches? It feels like a possibility.

6. Logan Paul is probably not going to die

7. Future video of the fight

This person? This person has found the perfect video that encapsulates how everyone thinks the fight is going to go. Unless Mayweather wants to toy with Paul, you know? After Logan Paul being the worst human being over the years, let Mayweather toy like him like a kitty cat pouncing on some ribbon. Let it happen.

8. There are people who think Logan Paul can win

Honey, you are in for a rude awakening if you think that Floyd Mayweather is going to lose against Logan Paul in a boxing match. It’s not happening, sugar cakes. It’s just not. That’s not how the world works.