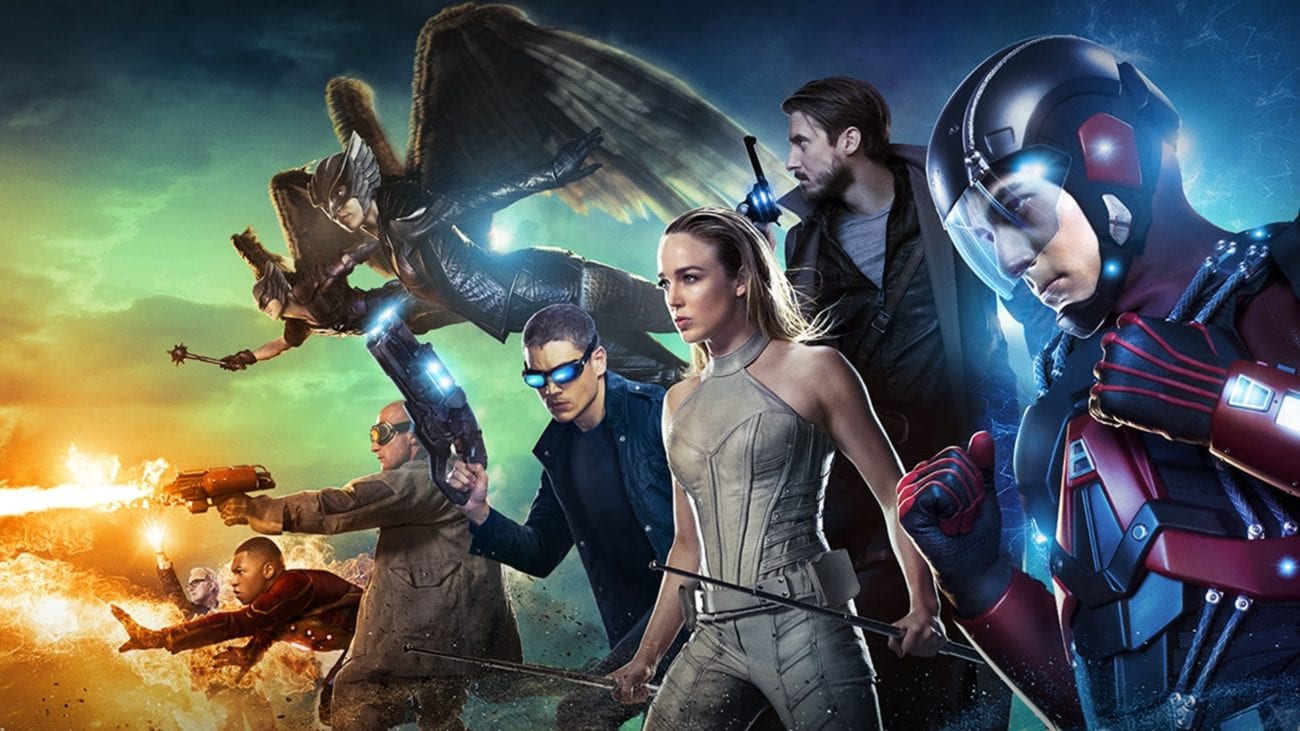 Legends of Tomorrow remains the best superhero show that you’re probably not watching. The CW series about a bunch of superpowered misfits on a time travelling ship remains one of the weirdest, wildest, and most beautifully character driven series out there. Legends of Tomorrow is one of the few shows that also knows when its cast needs a refresh.

Over the years, we’ve seen many people board and leave the Waverider from Wally West (Keiynan Lonsdale) to Martin Stein (Victor Garber). One of the biggest exits in season five, however, is that of Brandon Routh and Courtney Ford, who play Ray Palmer and Nora Dahrk.

March marks the end for these two from Legends of Tomorrow, with their final episode airing on the 17th. Here’s everything we know about Ray and Nora’s exit. 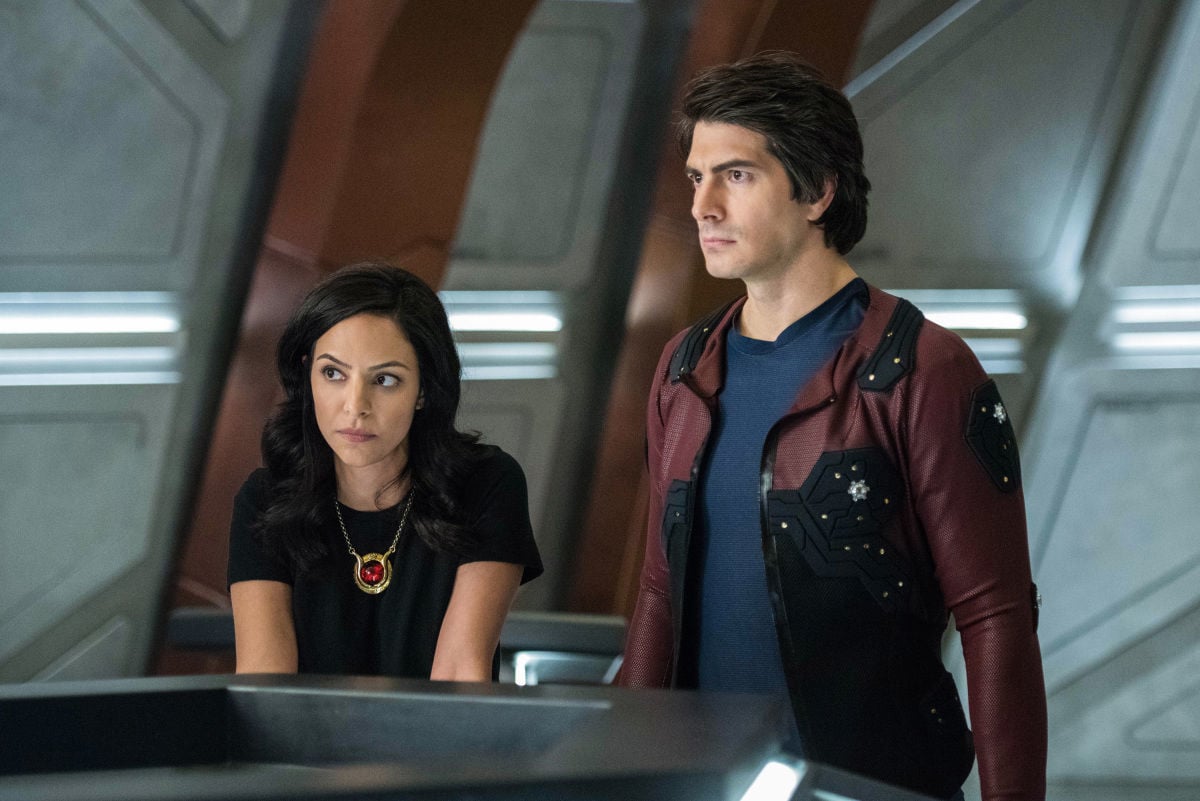 Ford and Routh’s exit from Legends of Tomorrow has nothing to do with them wanting to leave the series. Instead, this was a story decision having to do with their characters journey over the course of the show. According to co-showrunner Phil Klemmer in an interview with GameSpot, no one is meant to stay on the Waverider forever.

“We’ve always imagined that time on the Waverider was meant to be finite, you know? It was always meant to be halfway home and not a permanent home and that once you’ve repaired whatever damage you had when you boarded the ship that you probably should make room for another damaged soul.” 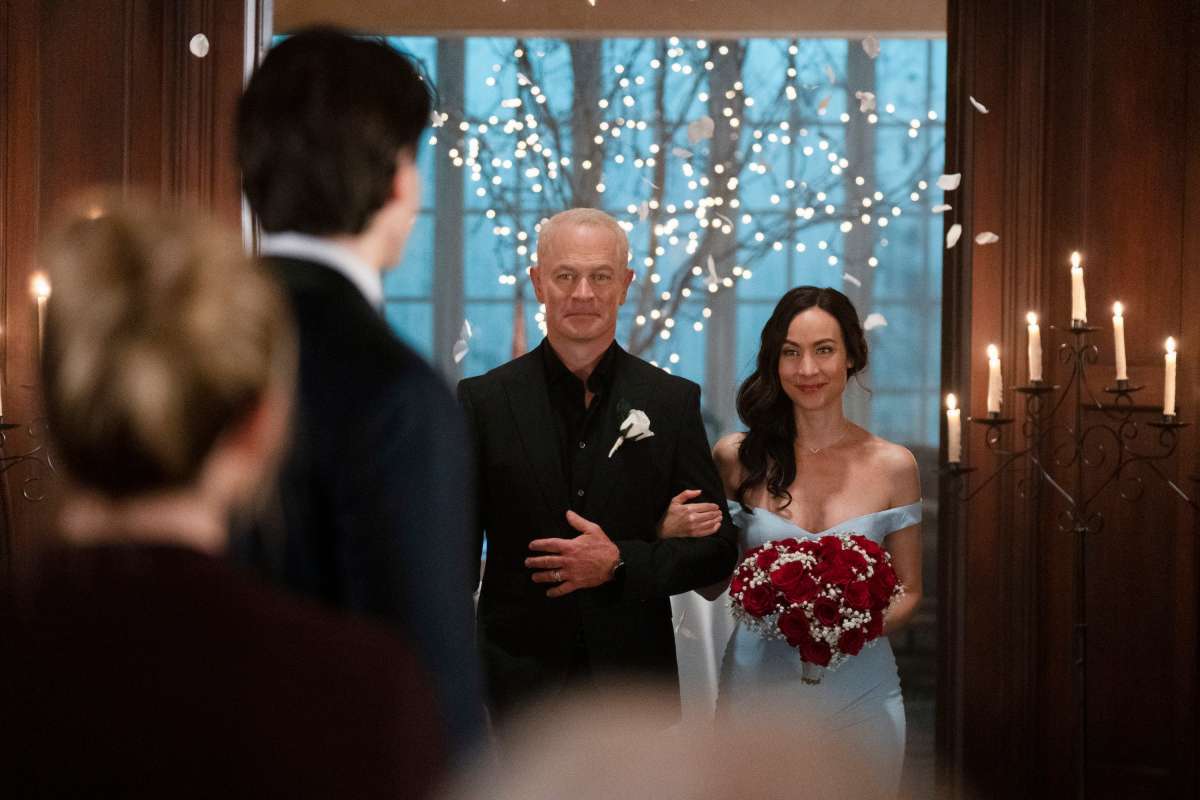 What are the circumstances in series surrounding the exit?

We don’t know the entire reason behind Nora and Ray’s departure. But, with pictures from the March 10 episode “Mr. Parker’s Cul-De-Sac” and the synopsis from “Romeo v Juliet: Dawn of Justness” (airing March 17), we do get a pretty clear picture about what’s going on.

Based on behind the scenes photos from “Mr. Parker’s Cul-De-Sac”, it looks like Ray and Nora will be getting married. In “Mortal Khanbat”, Ray confessed to Constantine (Matt Ryan) that he wanted to marry Nora. The dying Constantine told Ray that he shouldn’t keep sitting on his hands waiting for a moment. 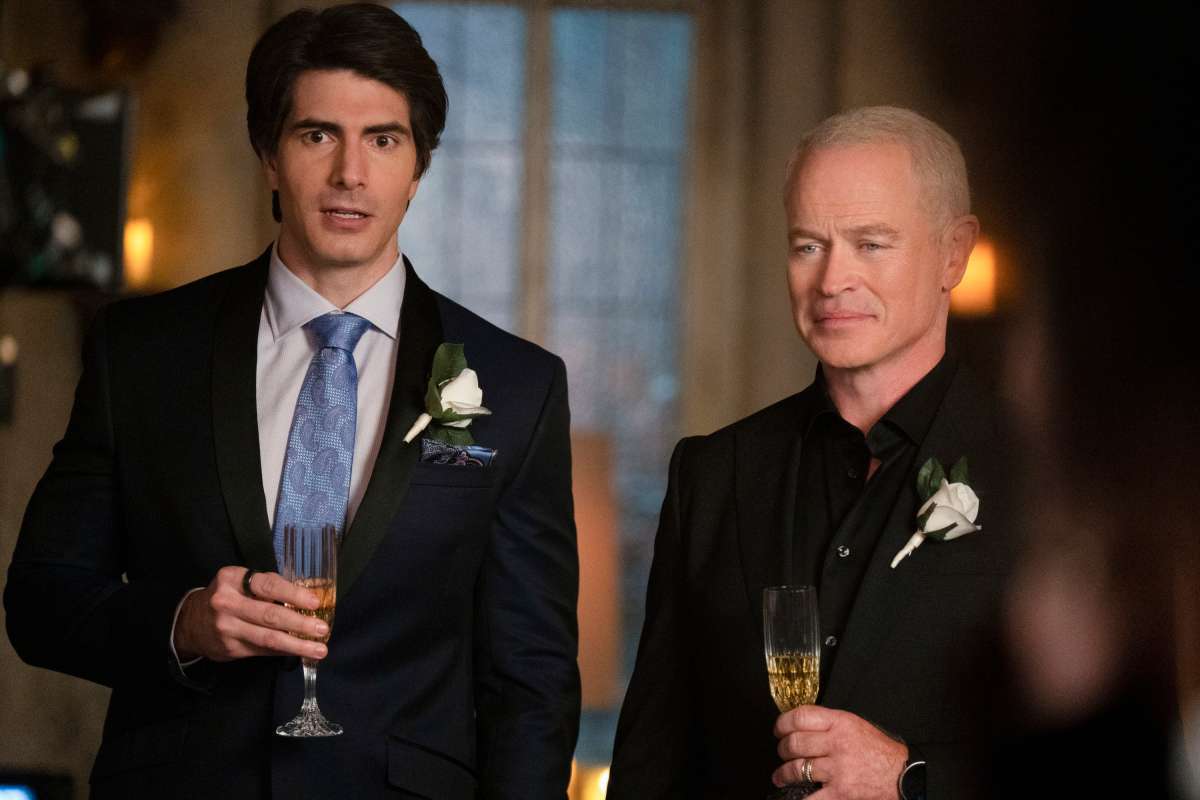 So Ray and Nora will probably make some sort of major commitment. Though this wouldn’t be the first time an Arrowverse series faked us out on a marriage. Season five has been a lot of time travelling anyway.

In the same interview with GameSpot, Klemmer said, “It’s like real life, as well. You know, you have your single friends but when you get into relationships–sorry to break the news to all the people in young relationships who think that life is never gonna change, but it does. There’s no way of going through a threshold in life and carrying everything that you had before. You have to forfeit something. And that’s the pain and beauty of life.” 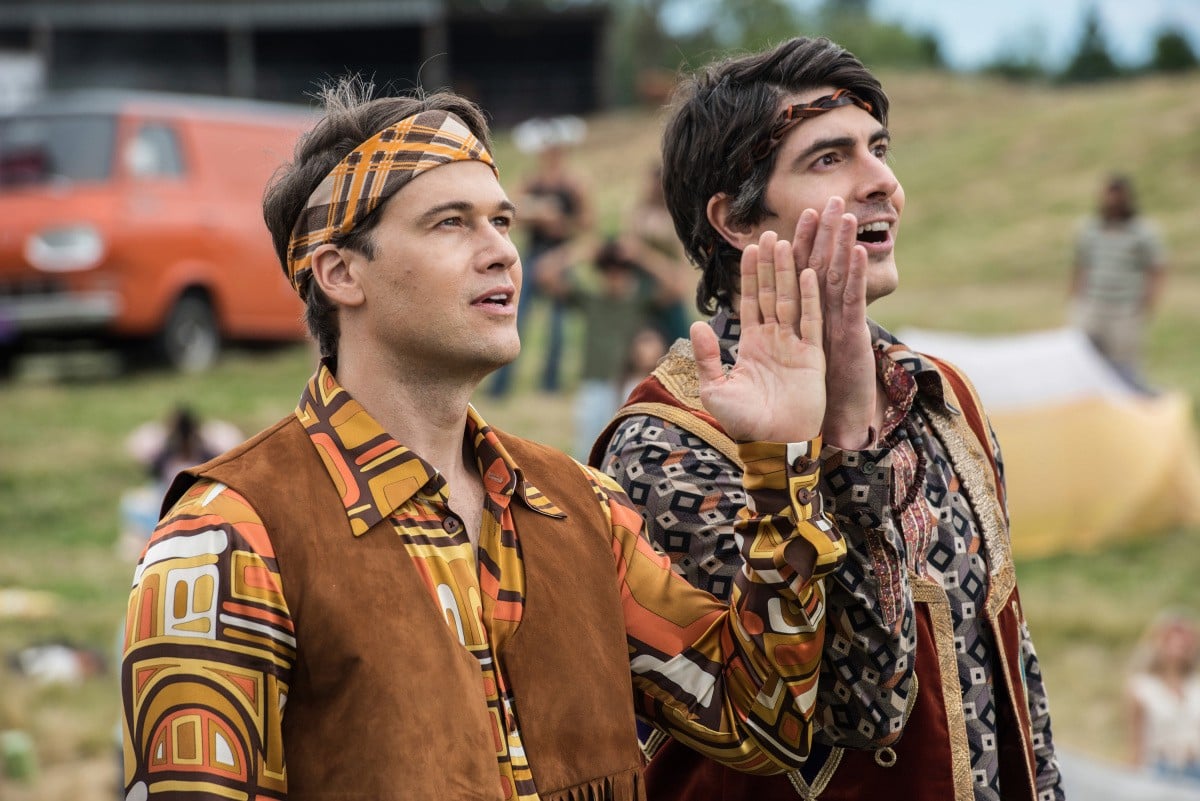 How will this commitment affect their departure?

It sounds like Ray and Nora going through this big commitment is going to be what leads to the decision to leave the Waverider. This brings us to “Romeo v Juliet: Dawn of Justness”, which will be Routh and Ford’s final episode as series regulars. The CW released the official synopsis for the episode: 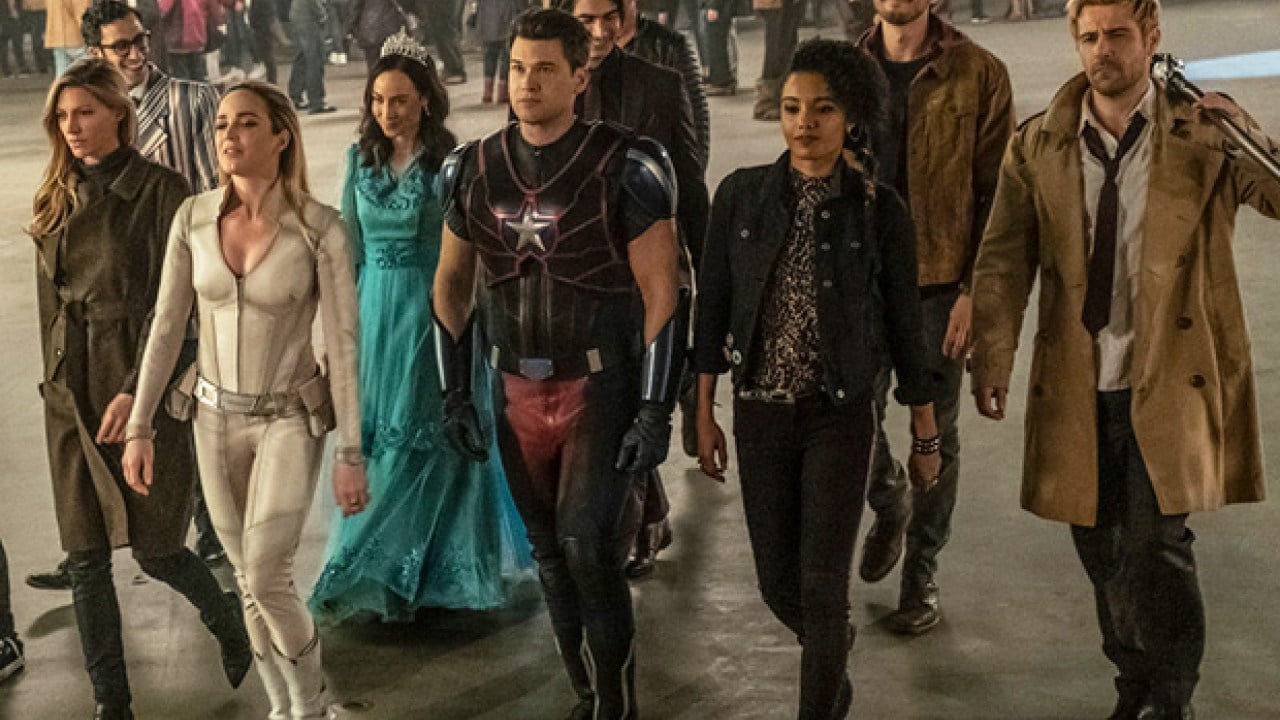 We’ll have to see just what leaves Ray and Nate on the outs, but it sounds like Nate doesn’t want his best friend leaving the ship. No one deals well with change really. The true circumstances and everything will be revealed in the March 10 and March 17 episodes of Legends of Tomorrow.

Legends of Tomorrow airs on Tuesdays at 9/8c on The CW.