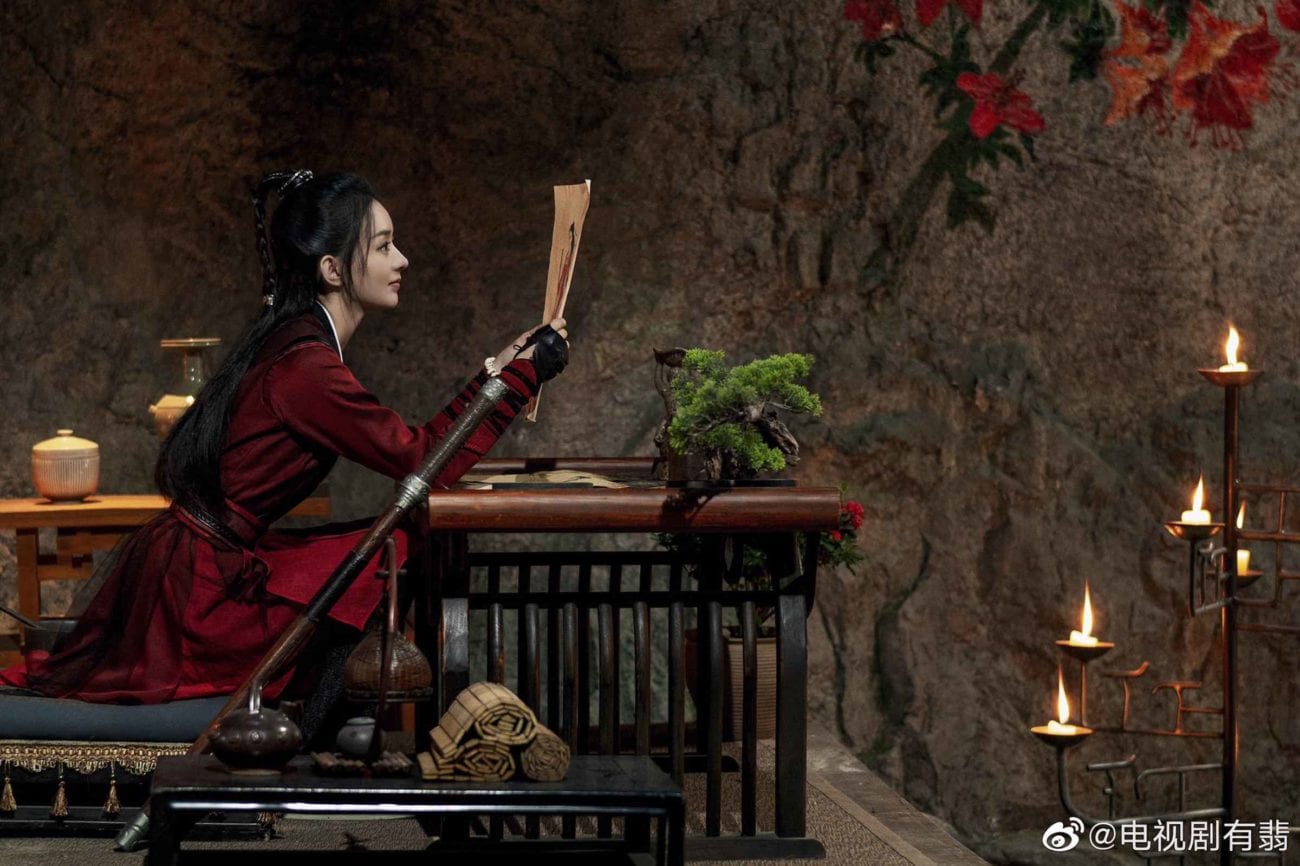 Everything you need to know about ‘Legend of Fei’

Fans of The Untamed have a lot to look forward to with the long-awaited drama, Legend of Fei. Starring none other than Wang Yibo (The Untamed), who stole hearts in his role as Lan Wangji last summer, Legend of Fei will undoubtedly be a hit when it finally comes out this year.

Fans who have been watching The Untamed on loop since its release are anxiously playing and replaying the Legend of Fei trailer as they wait for Wang Yibo’s next big role. The action-adventure drama promises to keep viewers on the edge of their seats throughout the 50 episode series. Here’s everything we know about the upcoming Legend of Fei. 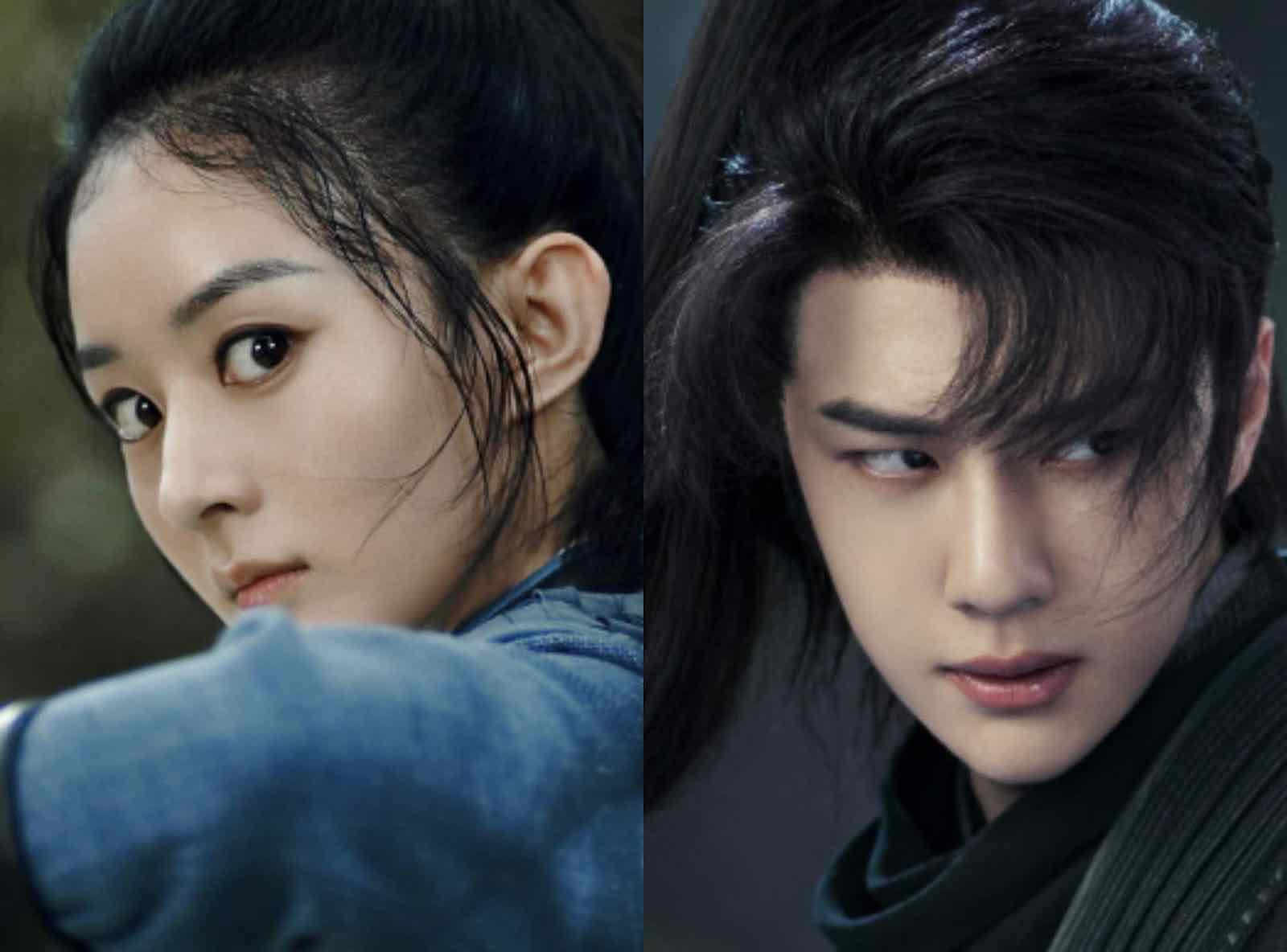 Just like last summer’s smash hit, The Untamed, Legend of Fei is an adaptation of a novel of the same Chinese name (有匪) by Priest. The story is about Zhou Fei (Zhao Li Ying) and Xie Yun’s (Wang Yibo) growth as they overcome challenges and become legendary heroes.

Yibo will be taking on the role of a carefree martial artist who is later revealed to be Xie Yun, the Prince of Duan. The role of Xie Yun’s love interest was enough to bring Zhao Li Ying back from maternity leave, with her last dramas being Our Glamorous Time and The Story of Minglan. In Legend of Fei, Zhao Li Ying plays the enchanting heroine and title character, Zhou Fei. 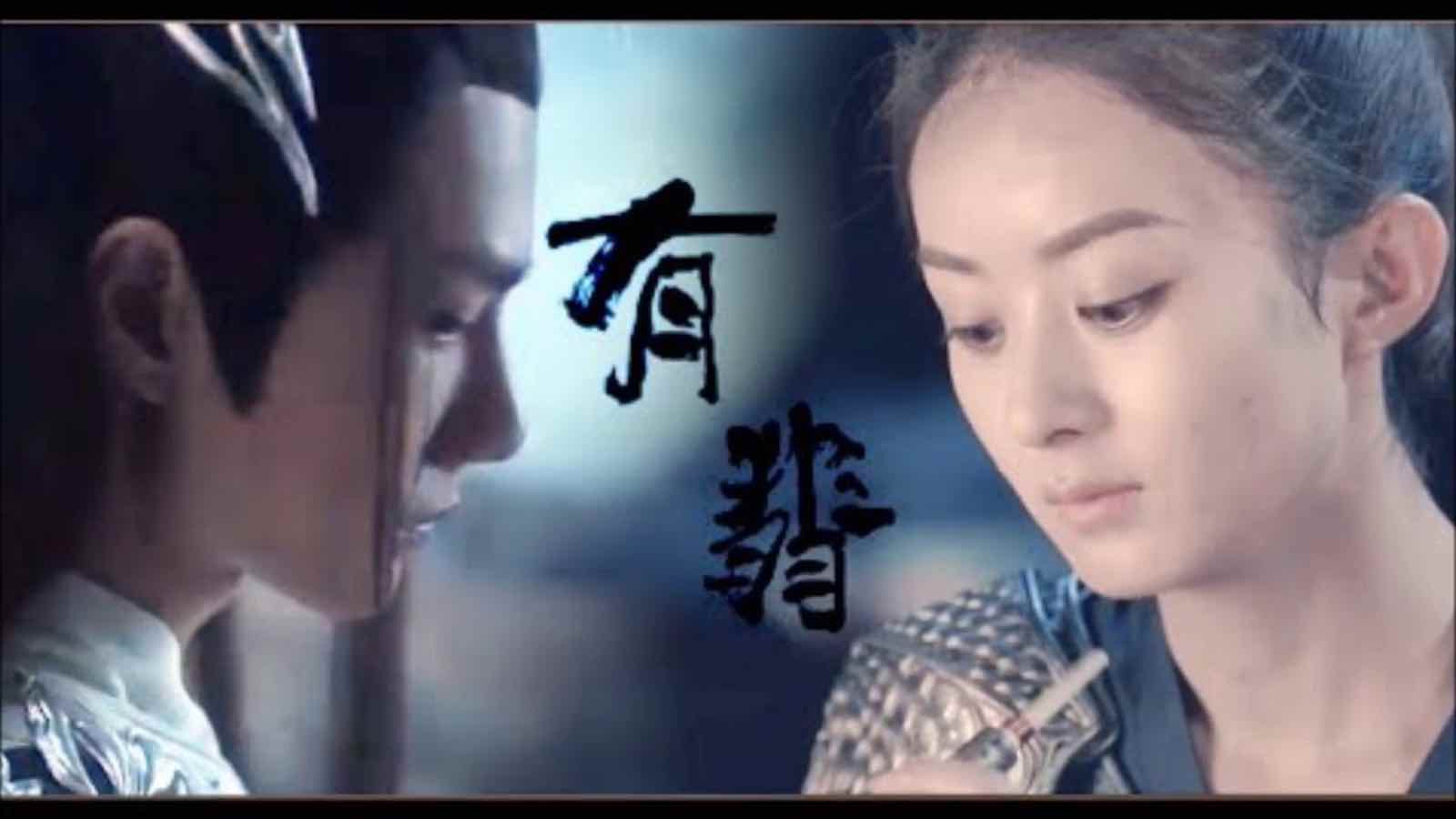 Twenty years ago, the ‘Blade of the South’ Li Hui was secretly ordered by the emperor to establish the 48 Strongholds of the Shu Mountains in an effort to shelter the poor and rejected refugees. The 48 strongholds consisted of bandits, protecting the pugilist world.  After Li Hui’s death, his daughter, Li Jin Rong (Che Xiao), leads the stronghold, marrys scholar Zhou Yi Tang, and gives birth to Zhou Fei.

In present day, a young man going by the name of Xie Yun, carrying an ‘Anping Command’, barges into the 48 Strongholds by night. Sir Gan Tang receives the command and descends the mountain, henceforth setting into motion the fate of the Shu Mountains. 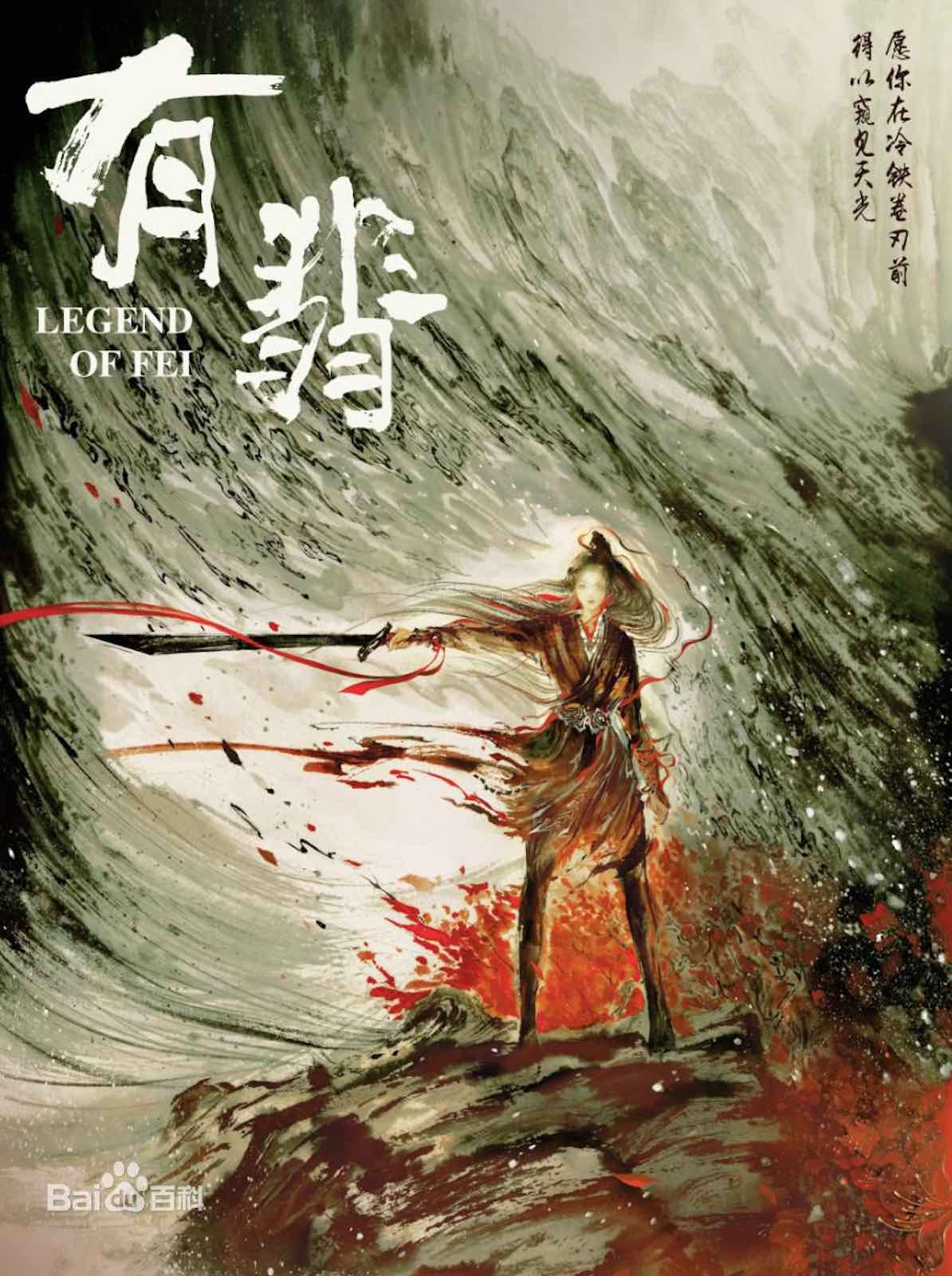 Meanwhile, Zhou Fei, a descendant of the ‘Blade of the South’, who was born and raised within the 48 Strongholds, has yet to experience the martial world. Zhou Fei’s attempts at escaping have always ended in failure, though Li Jin Rong allows her daughter to go and experience the world outside after her 16th birthday. She meets Xie Yun after he saves her from drowning during her first escape attempt, and they embark on an adventurous journey through wulin together.

However, the current martial arts world is embroiled in turbulence, and pair are swept without warning into the midst of turmoil and unrest. Secrets that have been buried for 20 years are about to be uncovered. 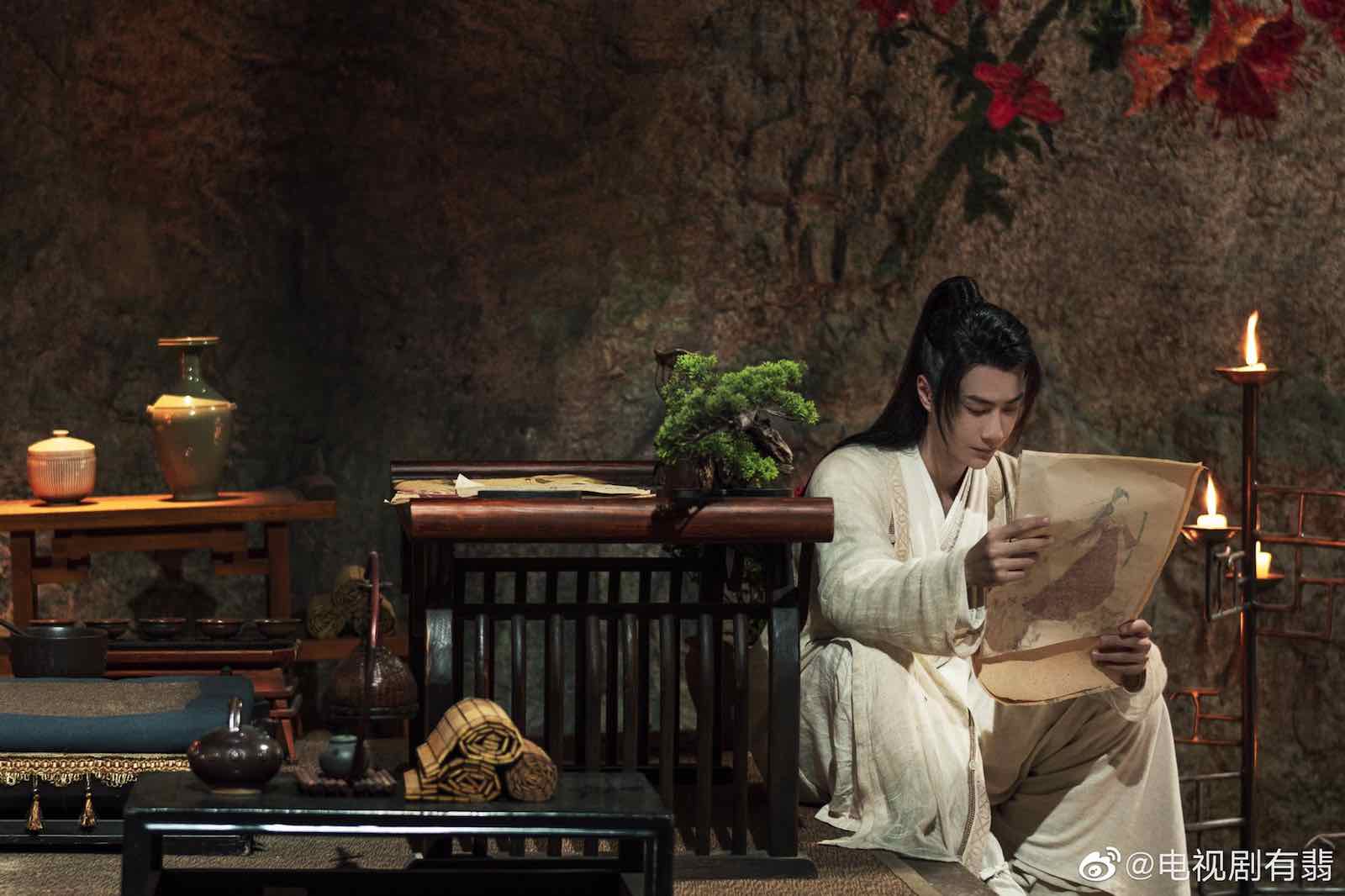 When can we see this magical journey?

Promising an action-packed romance, as Zhou Fei and Xie Yun take on the arduous journey to the truth together, the Legend of Fei has a lot of hype to live up to. If it is even remotely great as The Untamed, audiences won’t be disappointed.

The 50 episode drama is run by Wu Jinyuan (Princess Agents) and written by the team behind Us and Them and Boss and Me. Production on Legend of Fei began last year, and while the series has been promised to eager fans in 2020, no official release date has been stated.