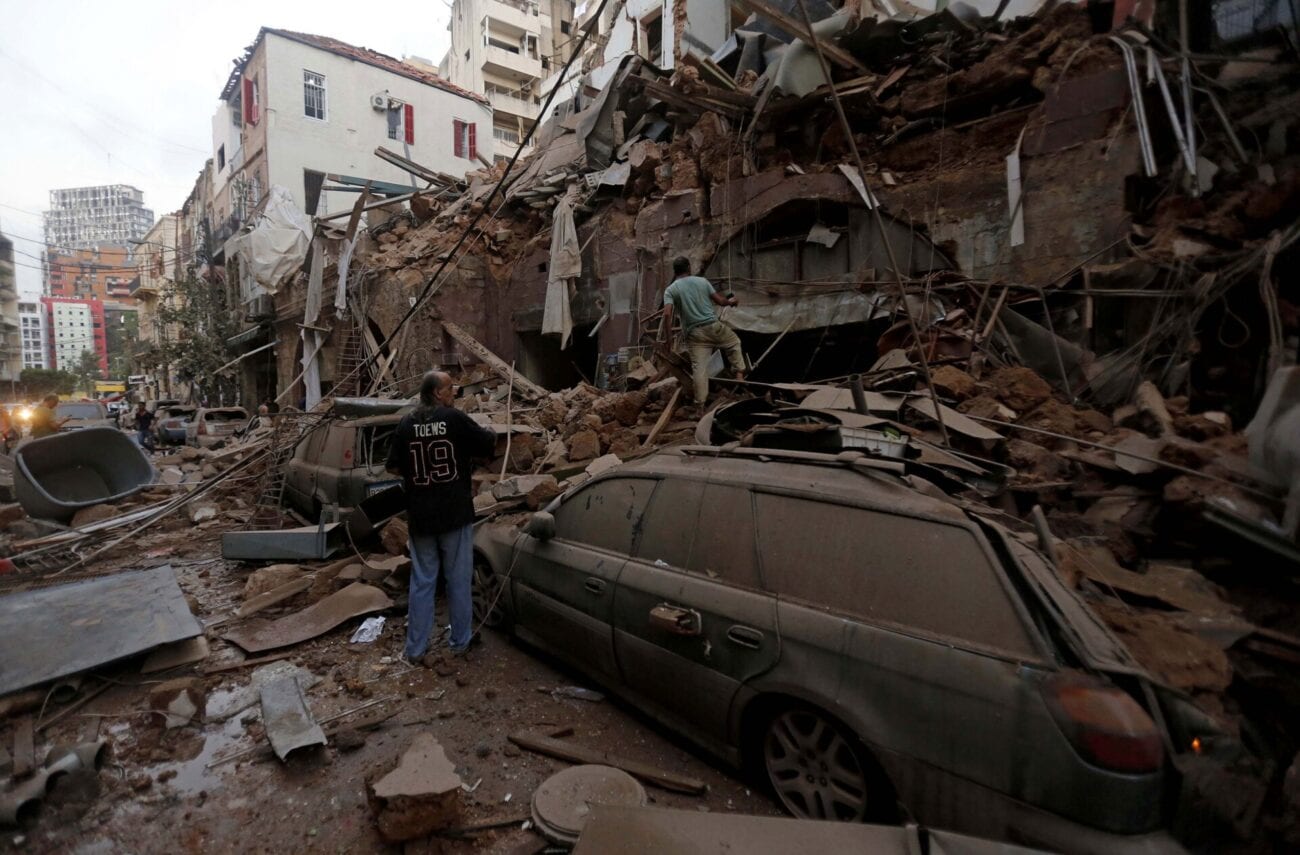 Confused by the Lebanon news? Here’s a timeline of the situation

Unfortunately, American news tends strongly to the inward-looking, so while most major outlets were covering the damage done by Hurricane Isaias, the rest of the world fretted over news about a massive explosion in the port of Lebanon’s capital city, Beirut. 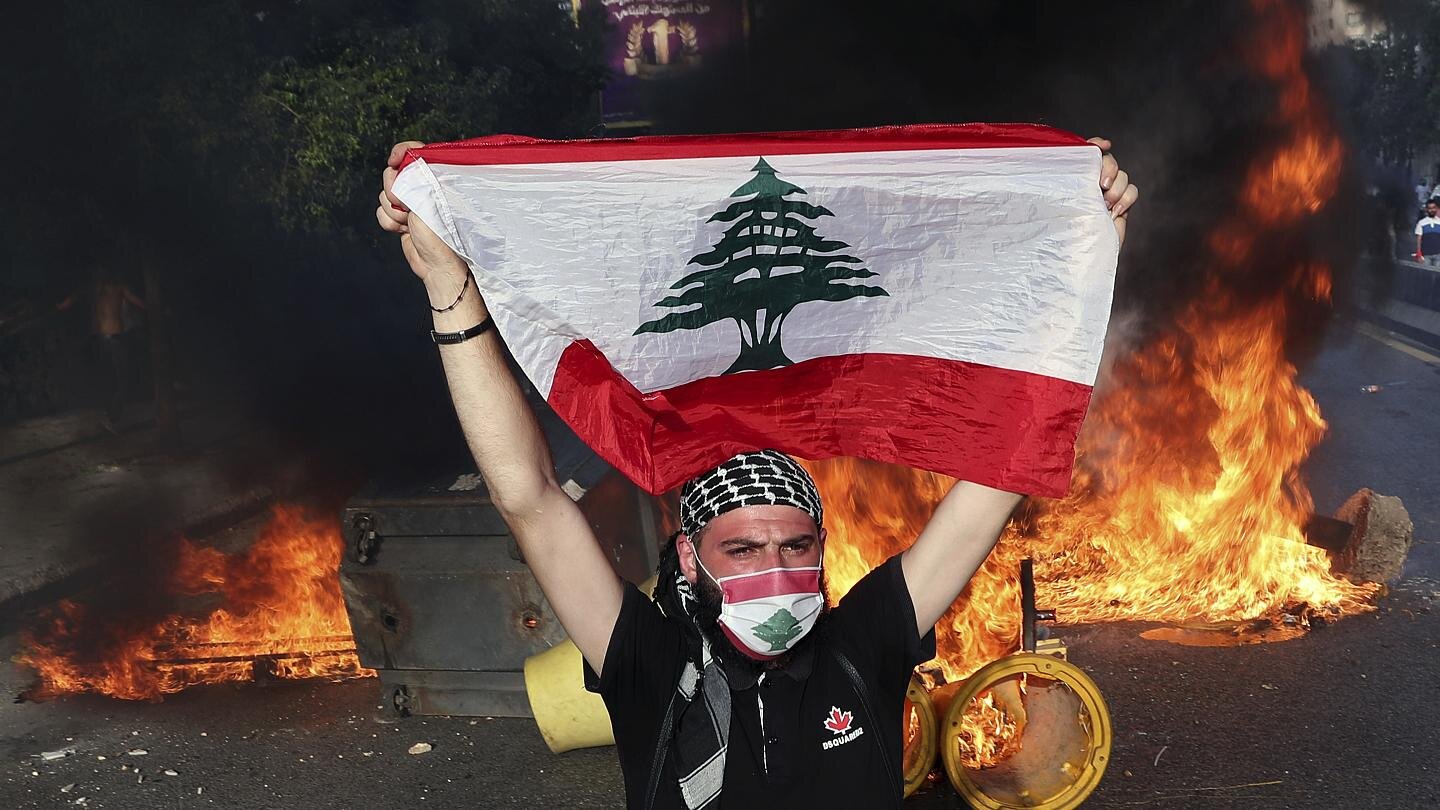 Since October 17th of last year, numerous protests on the streets against the Lebanese government have erupted after years of corruption, mismanagement, and lack of accountability. While the protests officially started after new outrageous taxes were introduced by the cabinet, they’ve expanded into an expression of general outrage from the Lebanese people directed towards their government.

In addition, Lebanon’s government was also dealing with its worst financial crisis since the 2008 recession. The pegged exchange rate between USD and the Lebanese pound causes the Banque du Liban (Lebanon’s central bank) to dip into its foreign exchange reserves to stay afloat during times of plunging currency value. As usual in such situations, the resulting dollar shortage created a black market ignoring the pegged rate.

By April 2020, the exchange rate on the black market was one USD per over 3,000 LBP. Consumer good prices rose over 50% and many businesses were forced to shut their doors for good, causing skyrocketing unemployment. All this combined has led Lebanon’s GDP to drop over $10 billion. 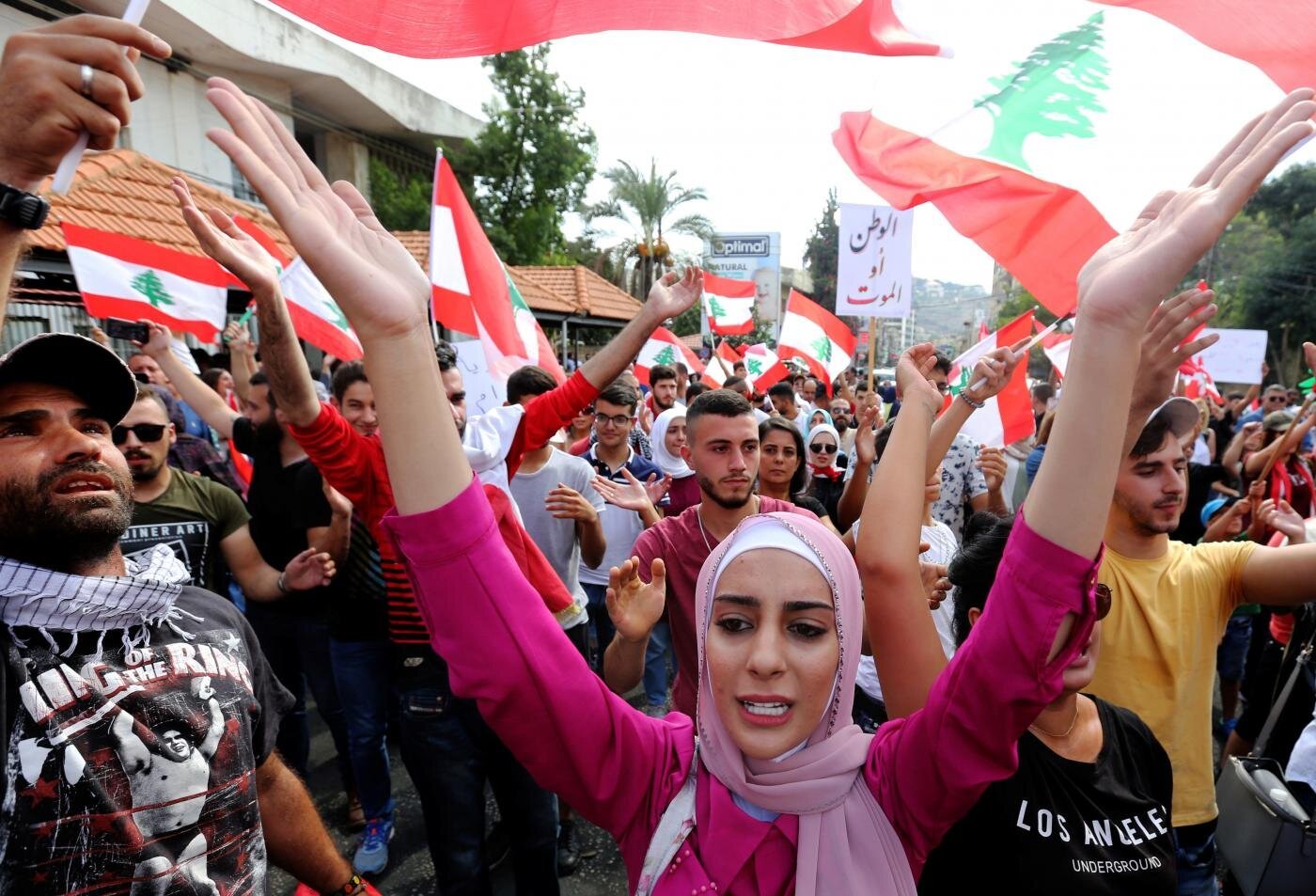 Citizens were furious. Protestors demanded the resignation of current government officials and a chance to speak with the current president about everything going on in the country. But since the government continued to push protestors out, they continued to fight back.

During this time, Prime Minister Hariri declared he would not seek reappointment and left at the end of his term; Hassan Diab took over the position in December and formed a new cabinet with twenty members allegedly loyal only to the government and not a party.

However, this new cabinet was similar to Lebanon’s previous government, so protests continued even after the new cabinet passed a 2020 budget. The World Bank even warned Lebanon to form a new government that had more transparency. Yet they stood with the new government they formed and defaulted on their Eurobond for the first time in history in March 2020. 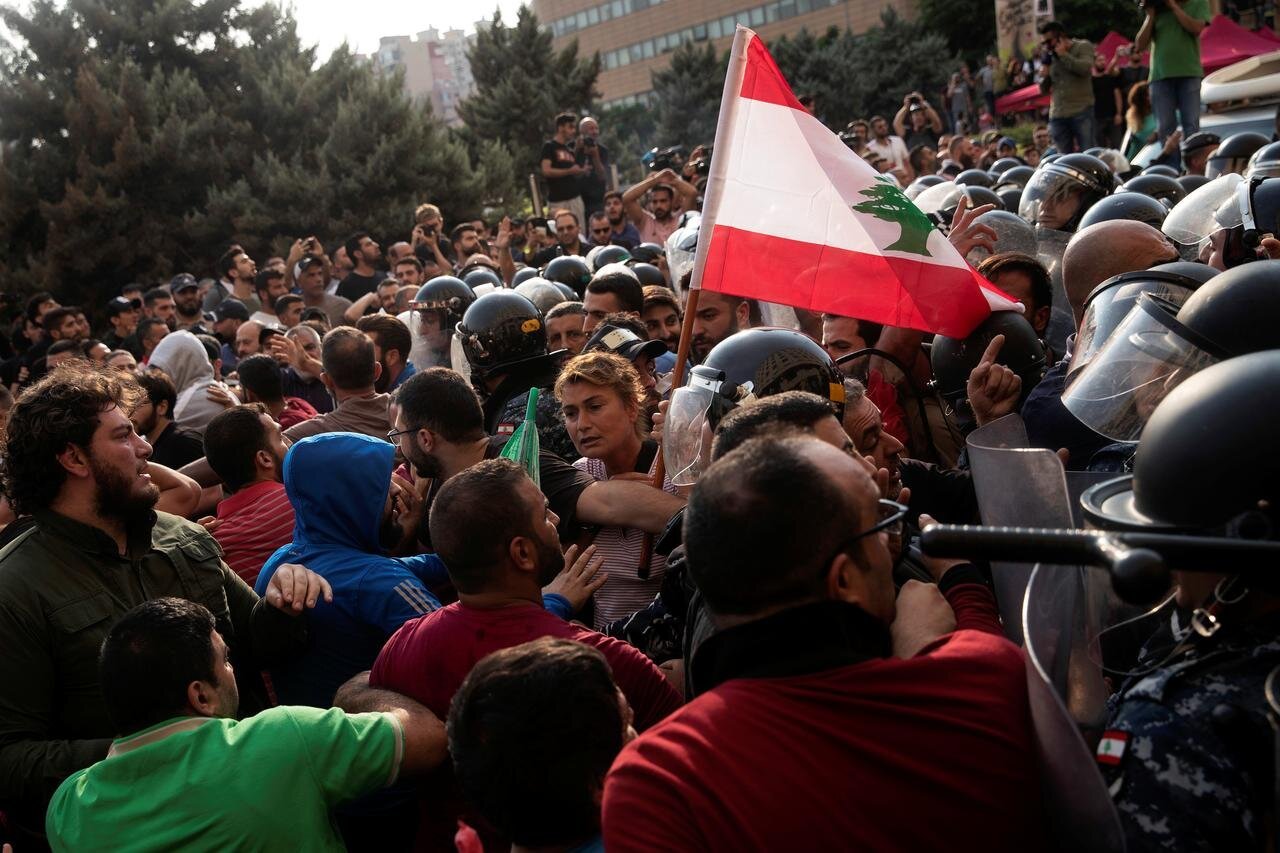 Meanwhile, Lebanon found itself in the news when its first COVID-19 case was reported on February 21st. From there the country tried to use what little money it had to help manage the pandemic and keep its citizens safe. However, this also included instituting curfews in big cities and shutting down banks once again.

Protests raged on as the government still refused to take its financial crisis seriously, hoping some external party would swoop in and bail them out. But as COVID-19 cases grew, most protestors stayed in lockdown for the time being.

But by April 21st, protestors were growing restless, threatening to ramp up assemblies once again as government action disappointed. Focusing on banks this time, violent protests continued in many cities from April 27th to April 30th, when the government finally passed a plan to prevent total financial collapse. 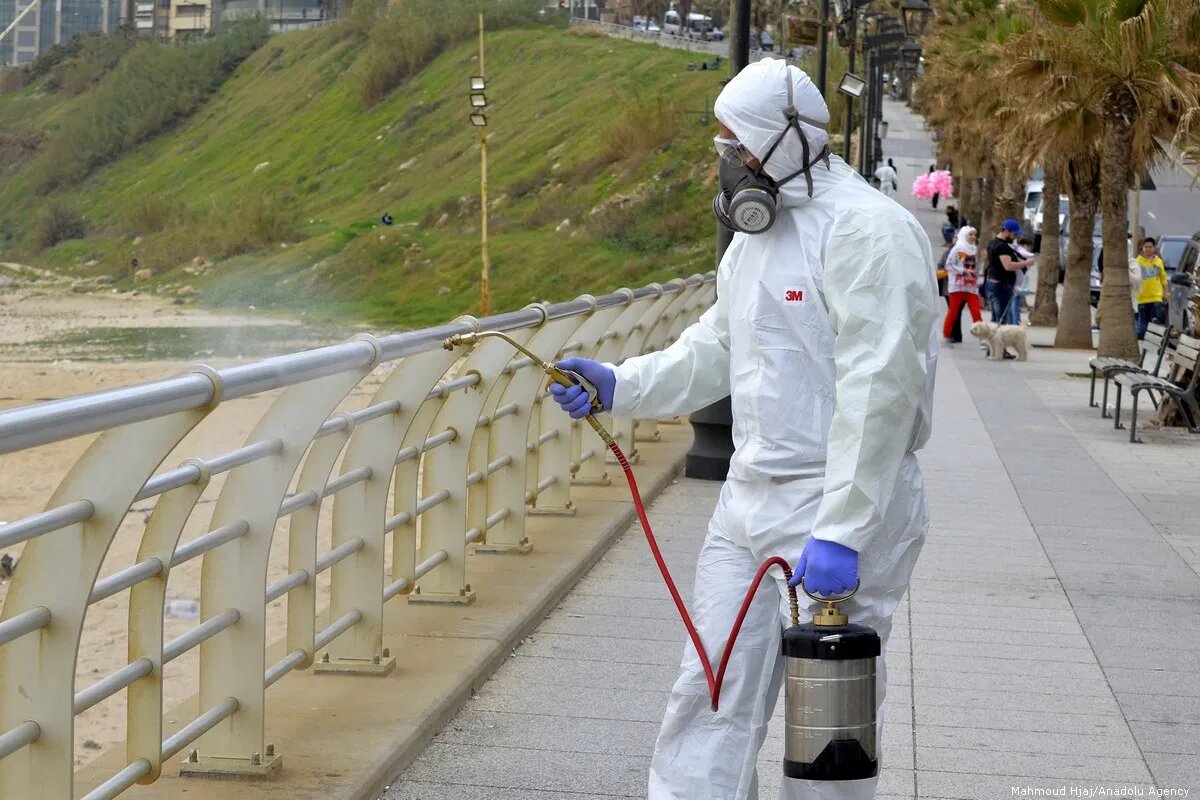 Protestors weren’t convinced; May 1st saw more violent protests continue. The new financial plan led to all-time high inflation. The government was also curious how the pound exchange rate became so low and launched an investigation to get answers for the public.

On May 14th, the Banque du Liban’s Director for Cash Operations Mazen Hamdan was arrested on charges of currency manipulation. But as the investigation into Hamdan continued, June 6th saw the largest group of protestors on the streets since the COVID-19 lockdown.

On June 25th the black-market  LBP exchange rate dropped to 7,000 per USD, causing even more violent unrest. Protests continued on, including one in front of the U.S. Embassy as protesters expressed upset at Washington’s involvement in Lebanon. In early August, the Foreign Minister Nassif Hitti resigned over the lack of reform in Lebanon. 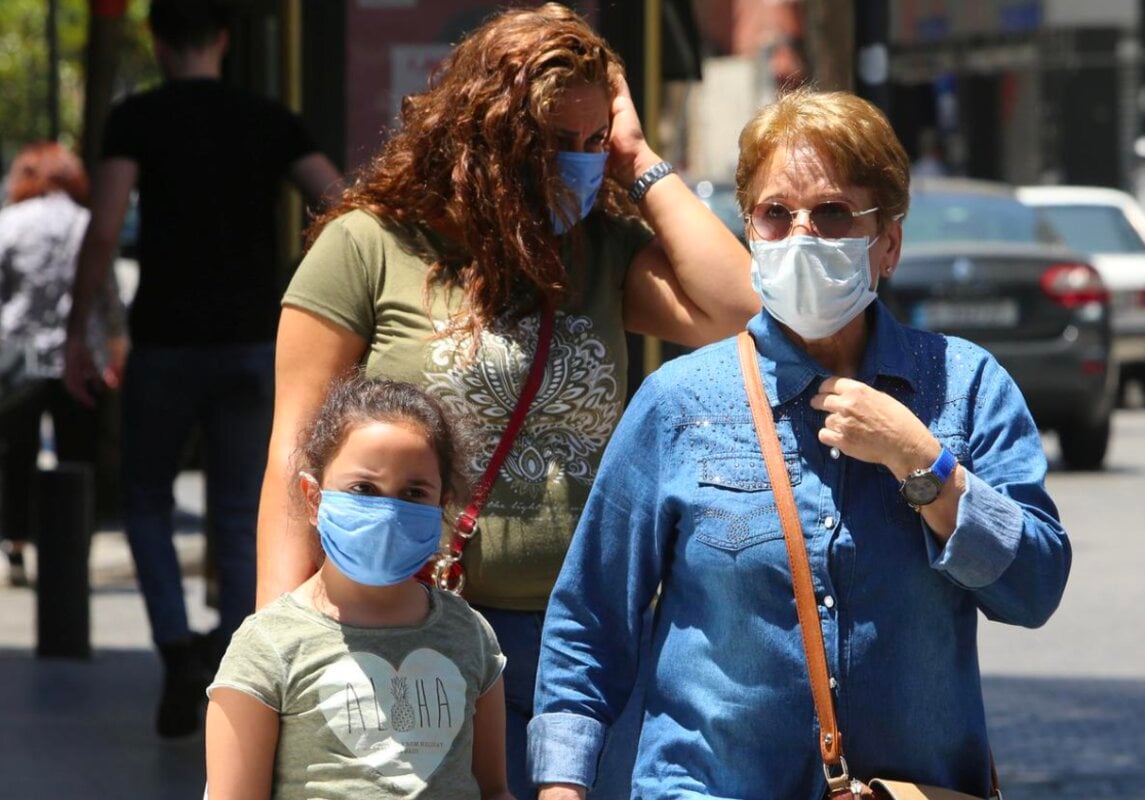 Finally, on August 4th, 2020 an explosion in the port of Beirut left the area in shambles, damage even extending out past the city’s perimeter. The tragic casualty count has exceeded 135 and injuries number in the thousands. Governor of Beirut Marwan Abboud announced the estimate of up to $15 billion of destruction and 300,000 damaged homes, some left uninhabitable.

For the time being analysts assume the explosion was caused by a Russian ship that had been taken back in 2013, carrying 2,750 metric tons of ammonium nitrate.

Evidence of emails & court documents have been reported on, showing the Lebanese government was warned about this ship and the dangers of storing that much ammonium nitrate in one location. But the ship was never moved. Once again, citizens are left angry at the lack of action from their government.

After the tragedy, many international governments are offering support to Lebanon. China has offered medical assistance; France is offering financial support, but only to “non-corrupted hands” according to President Macron; England is giving over $6 million in financial support. 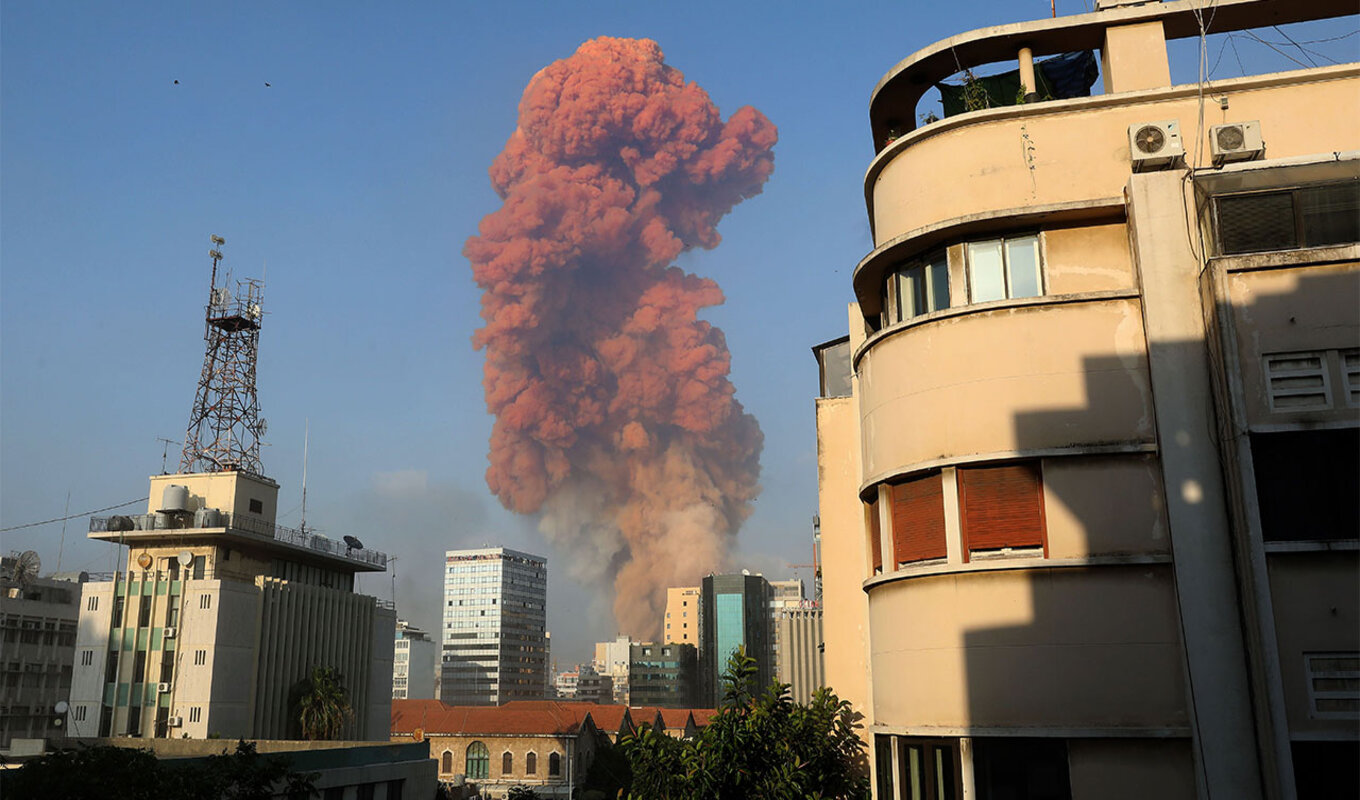 What the destruction of the port means for Lebanon

No amount of money or health care will change what the damage of the port will do to an already broken economy. Lebanon’s few exports mean most of the country’s business is done through imported goods. With the largest port in the country offline temporarily, import revenue will be greatly reduced.

So an already volatile inflation scenario will soon be exacerbated by goods shortages; prices of basic necessities are predicted to soar. Retailers of imported goods won’t be able to source product, causing further business failures and even greater increases in Lebanon’s unemployment rate.

Going from bad to worse, Lebanon’s economic and social turmoil is only expected to rise in the short term. We can only hope this latest disaster is the last in a line of recent misfortune for the Mediterranean country.