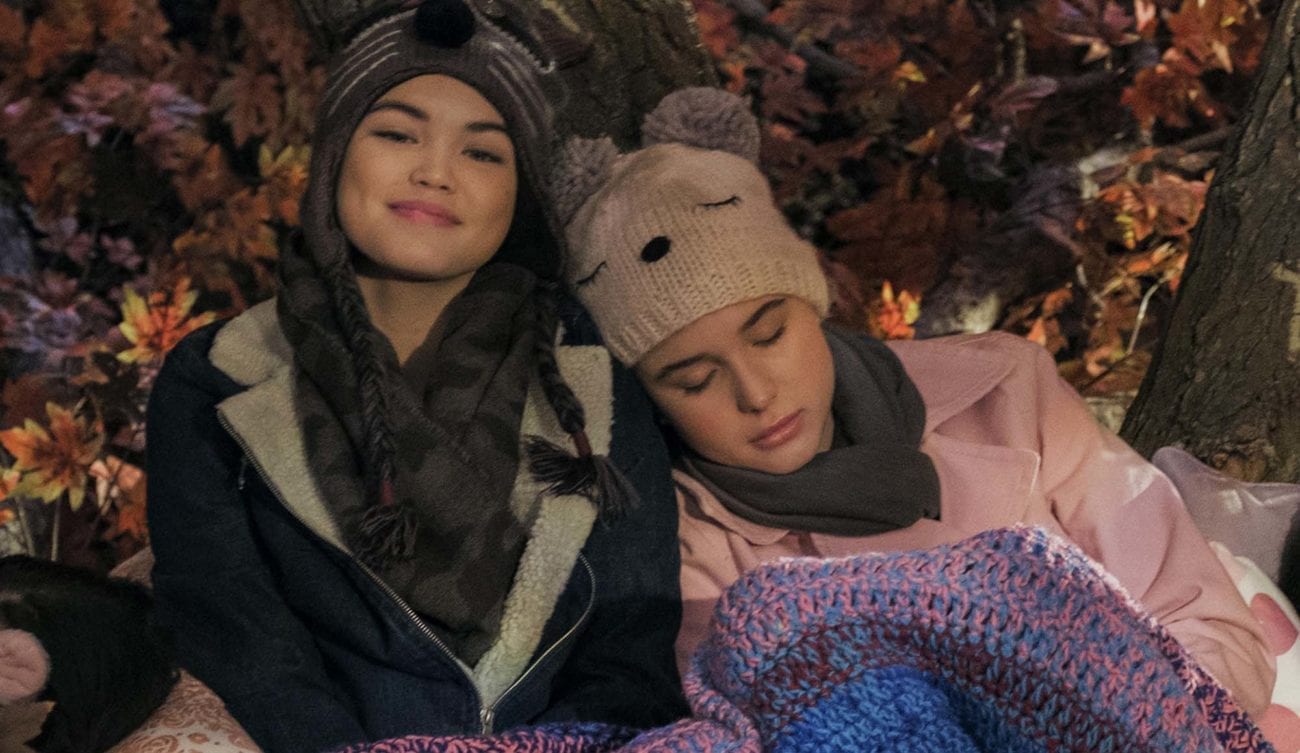 Featuring one of the best female friendships on television right now, we’re over the moon to see Alexa & Katie has been renewed by Netflix for a third season. The announcement for its second season came just a few weeks after the show’s premiere, as it was a hit with audiences. At the heart of the show is the adorable and relatable friendship between Alexa (Paris Berelc) and Katie (Isabel May) as they navigate the difficult and often awkward terrain of adolescence.

While they have all the usual obstacles of being high school freshmen to contend with, the two also have to deal with Alexa undergoing treatment for cancer.

The Netflix comedy frames the difficult time with the hope, hilarity, and vivacious enthusiasm for life shared by the two friends who help each other through the battlefield of their young lives. In celebration of the show’s renewal, we’ve decided to round up and rank thirteen of our other favorite female friendships from teen TV shows of past and present.

It’s as simple as this: besties who dress together, stay together. And that’s what Donna (Tori Spelling) and Kelly (Jennie Garth) did for the enduring years of their friendship on Beverly Hills 90210. The two appear in a neverending assortment of complimentary fashions making Brenda (Shannen Doherty) look even more like the odd one out of the cast. Which in retrospect, isn’t very cool.

These two don’t always have the healthiest of relationships, but then none of “Manhattan’s elite” appear capable of showing love for anyone or anything without also sabotaging it at least once. By the end of the show, it’s clear Blair (Leighton Meester) and Serena (Blake Lively) will always find a way back to each other no matter how volatile or seemingly unforgiveable their actions have appeared. Sure they’re toxic, but they also serve a lot of love in a show full of savage backstabbing.

The two – who seemingly enjoyed the perfect friendship prior to this point – slowly and painfully figure out ways they can still tolerate each other and perhaps even get back to how they were. We’ll never know if that’s a possibility because there was never a second season and life is patently unfair.

Rory (Alexis Bledel) offers Lane (Keiko Agena) a place where she can break out of her mom’s oppressive domestic regime and kick it to some punk rock at the Gilmore residence.

As a staunch enabler of the most timid rebellion possible (hey, it’s Stars Hollow – that’s how they roll), Rory was able to help support Lane in pursuing her own life at whatever cost. In return, Lane was able to call Rory out on her frequent levels of bullshit (like ditching her pal the second she gets a boyfriend! So lame, Rory.)

A.k.a. Snarky & Snarkier. The 90s MTV classic teen animation saw these two besties bonding over their cynical worldview and snappy one-liners about the world’s stupidest people, events, and decisions. They ruled.

Keeping it tight even through confusing crushes, sexual revelations, and scandalous plot twists, Karma (Katie Stevens) & Amy (Rita Volk) prove the path of true love can sometimes be a platonic one. It can sometimes also survive while having an unrequited lesbian crush on your best friend, too.

These two musical cheerleaders started out as besties and ended up as wives. While their relationship isn’t just platonic, their friendship is still one of the strongest out of any in Glee (even when they weren’t exactly the nicest people).

Because what’s a teenage private eye without her tech-savvy accomplice? Veronica (Kristen Bell) and Mac (Tina Majorino) regularly team up to bust chops across Neptune while making the greatest wisecracks imaginable to each other. They’re smart and badass but they’re also here for a good time, as all the best friendships should be.

On the surface, Buffy (Sarah Michelle Gellar) and Willow (Alyson Hannigan) have absolutely zero in common. But as the show progresses, the logistics of their friendship become more obvious (and touching). Willow offers a sober-minded respite from the harrowing responsibilities of being a slayer, while Buffy offers an exciting alternative to her best friend’s otherwise overly sensible life. They work well together because they’re opposites.

Want to take on the world (or a nameless stalker who will stop at nothing to torture you)? Find a gang of girls you trust and adore and stick close to them. Setting a whole new precedent for “squad goals”, Aria (Lucy Hale), Spencer (Troian Bellisario), Hanna (Ashley Benson), and Emily (Shay Mitchell) survived multiple physical and psychological attacks across seven seasons by just keeping their gang tight, smart, and ferocious.

For all of her living seasons, Marissa (Mischa Barton) was a hot mess – a fact that never went overlooked by her best friend Summer (Rachel Bilson) who could serve up the most savage quips and takedowns of her booze-guzzling, self-destructive buddy in a bid to save her from herself. But as we now know, she never did.

In the history of teen shows there’s never been a greater example of two friends acknowledging the flaws of the other and loving that person regardless. Peyton (Hilarie Burton) and Brooke (Sophia Bush) faced numerous fights and fallouts, but they always figured out a way to come back to each other. 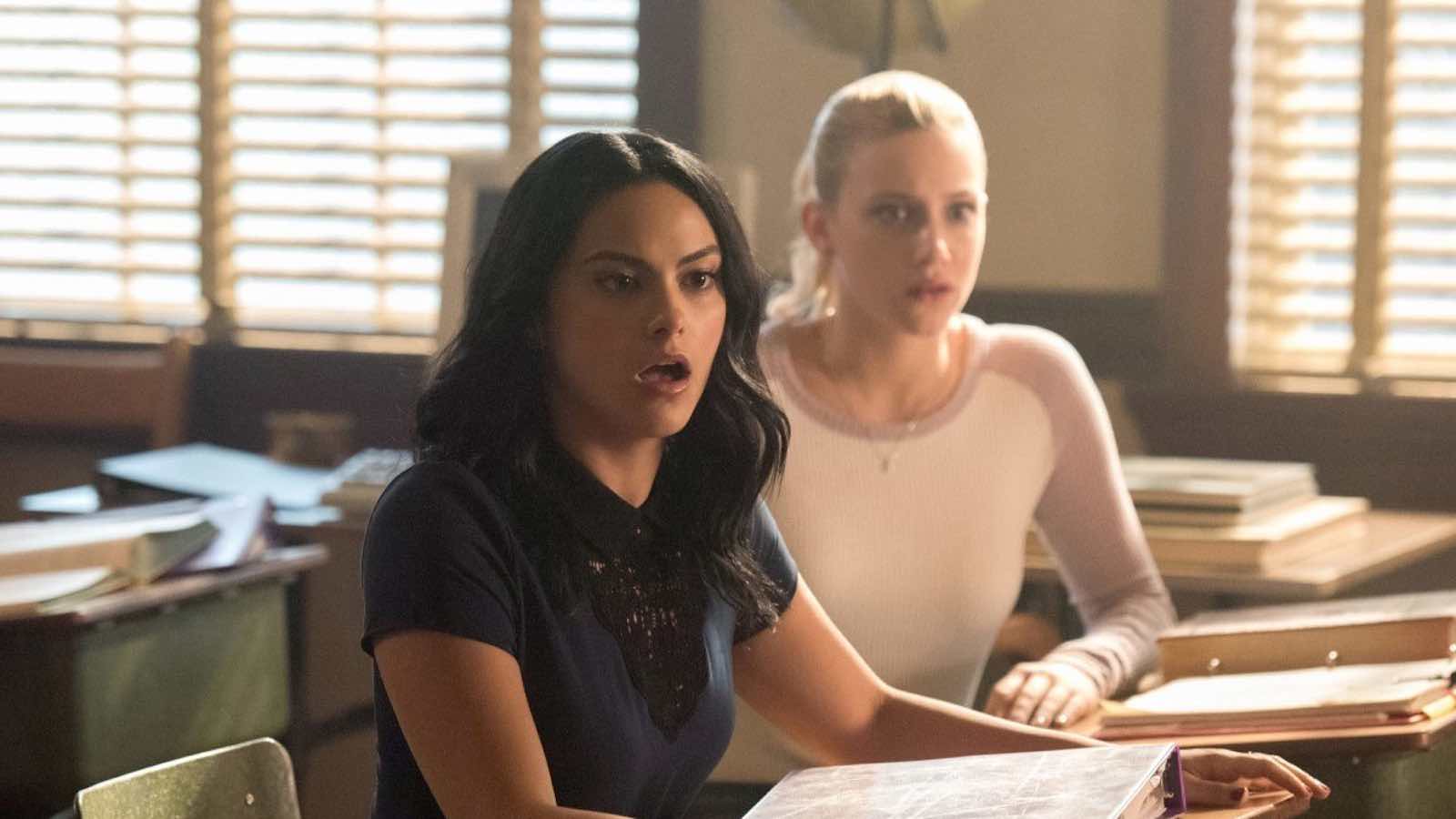 It could be argued the arrival of Veronica (Camila Mendes) helped activate all of the hidden darkness and dynamic power Betty (Lili Reinhart) continues to explore and exude in Riverdale. The characters are two halves of the same puzzle, complimenting each other’s strengths and weaknesses and standing by each other through harsh hookups, jock torture, and serial killer investigations.