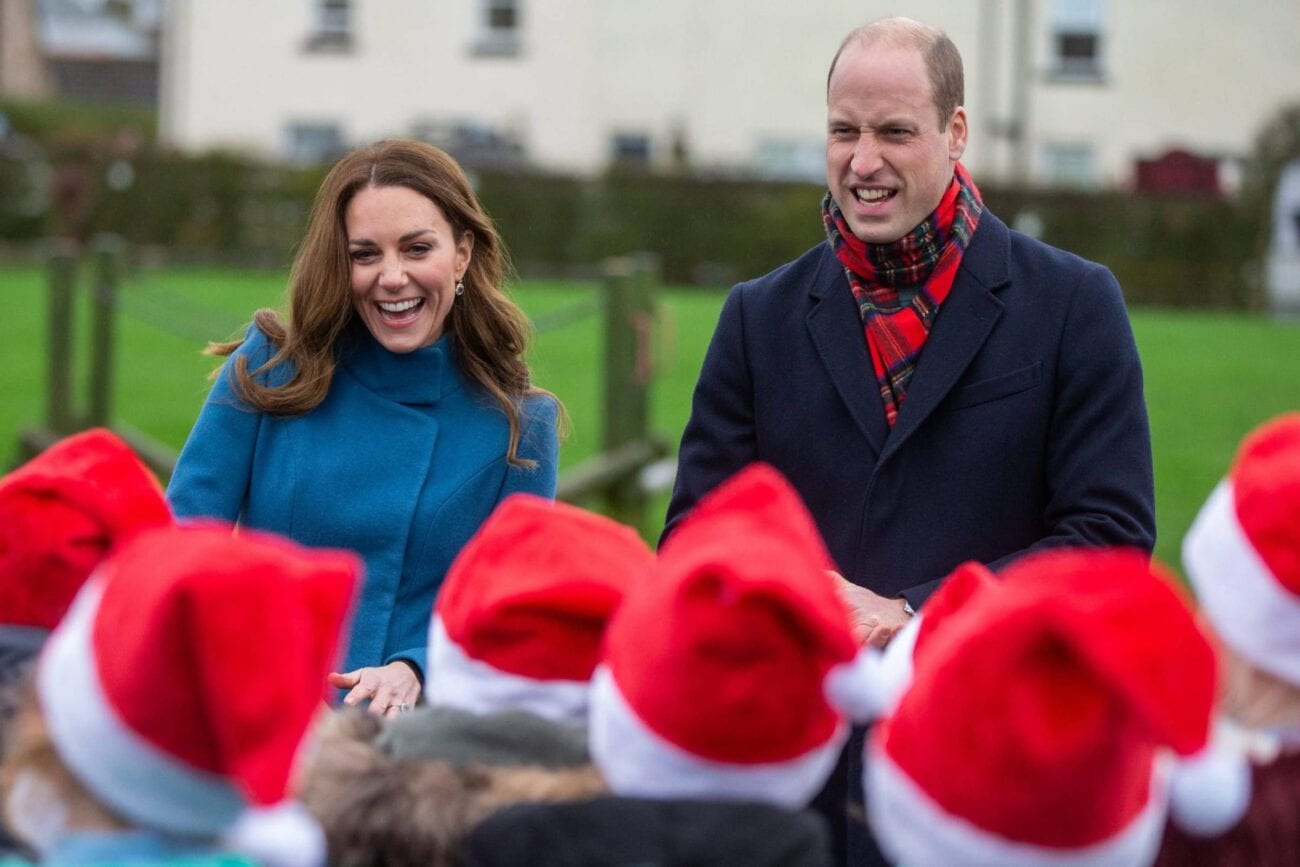 It is not Christmas without the royal family spreading some Christmas cheer. The Duke & Duchess of Cambridge, Prince William & Duchess Kate have brought the perfect amount of Christmas joy to the UK with a three-day tour starting with Berwick, England.

Prince William & Duchess Kate will cover approximately 1,250 miles on the Royal Train to pay their respects to essential workers in the UK. The tour also focuses on NHS Charities Together and other British Government funded charities. 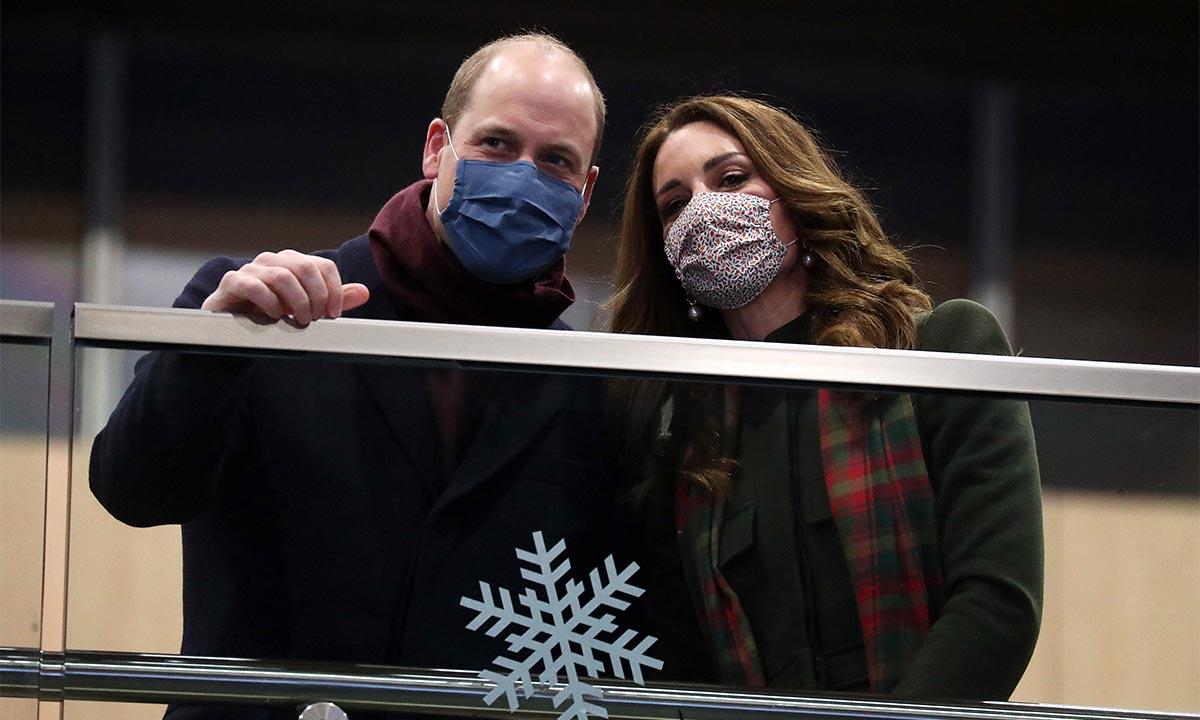 The three-day tour was Duchess Kate’s first time on the Royal Train which made it an exciting adventure for the couple with three children: Prince George, Princess Charlotte and Prince Louis.

Per Kensington Palace, Prince William & Duchess Kate were extremely excited and were “very much looking forward to shining a spotlight on the incredible work that has been done across the country throughout this difficult year”. William & Kate will speak on “behalf of the nation” and encourage those that support local communities during the holiday season. 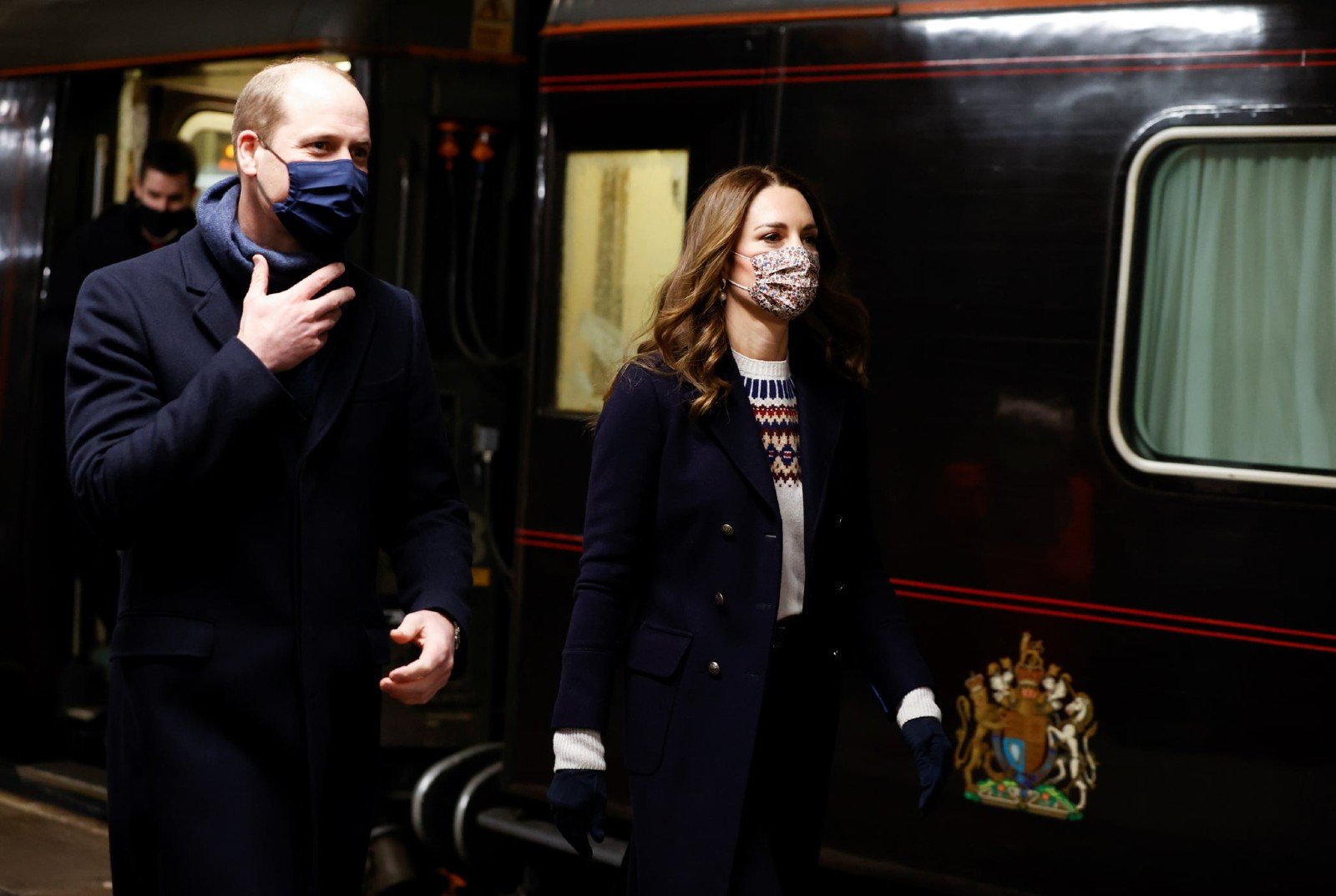 The royal couple enjoyed their arrival on December 7th at London’s Euston station where they were greeted by London Transport & Network Rail workers. Prince William & Kate were stunned with a Christmas performance by singer Shakin Stevens to kickstart their quick tour.

A special treat for the couple was also made by the Euston train station. The Royal couple’s locations were styled perfectly for the holiday season. According to PopSugar,  Wolverhampton was changed to “Warmerhampton”, Coventry was “Coventry Carol” and Northampton was “Northpolehampton”. 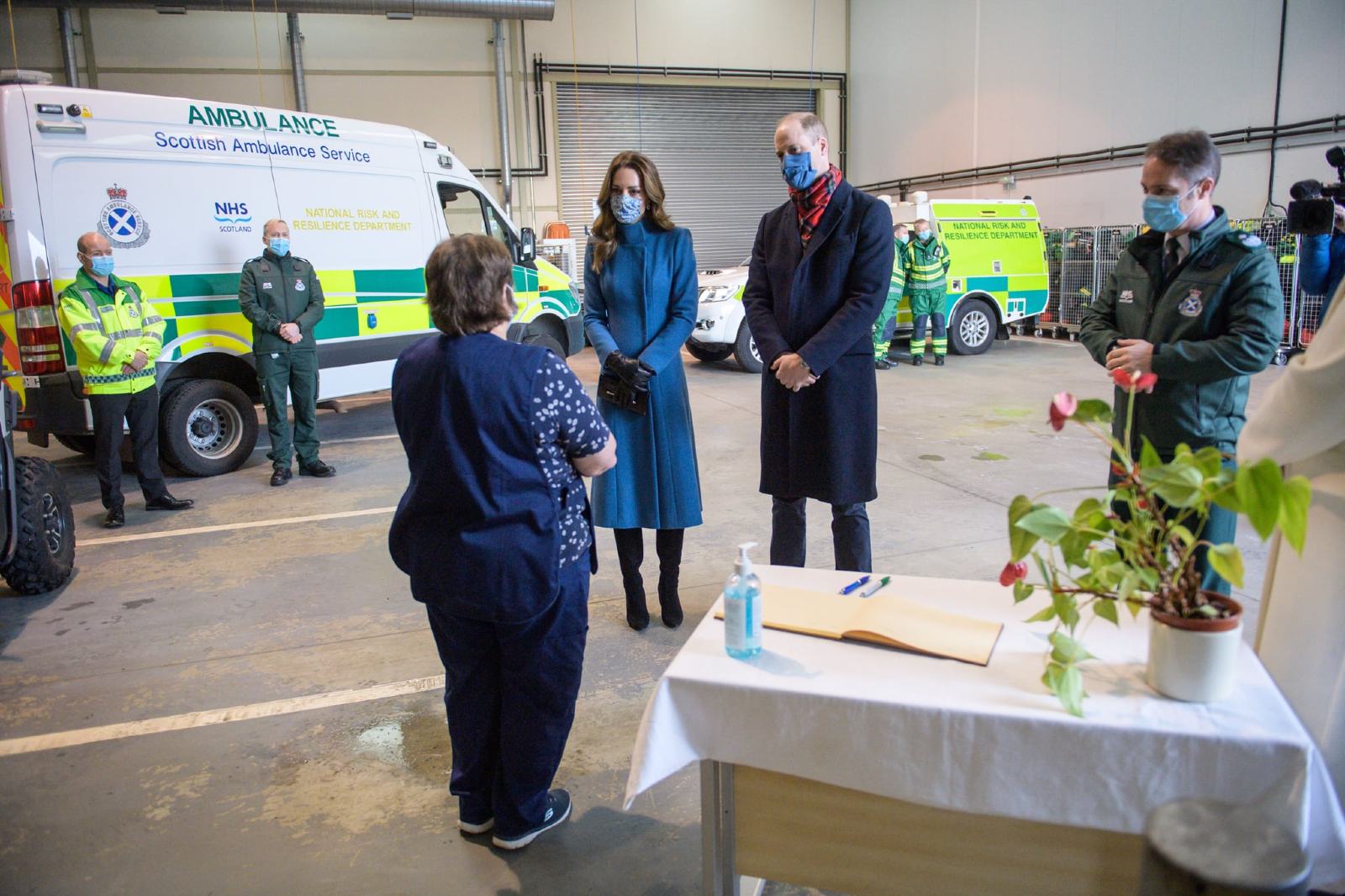 The Royal Train stopped for the royal couple’s first day in Edinburgh, Scotland. According to Instagram, Prince William & Duchess Kate are already getting to work. The Royal Instagram account captioned: “they will meet frontline workers, teachers, mental health professionals, care workers, school children and young people across England, Scotland, and Wales to pass on the nation’s thanks for their efforts this year.”

Vanity Fair reported Prince William & Duchess Kate’s first Royal engagement was the Scottish Ambulance Service in Newbridge. William and Kate were welcomed by the ambulance who has done remarkable work this year despite the difficulties. The service has helped over 5 million people and were reminded about their importance to the rest of the community. 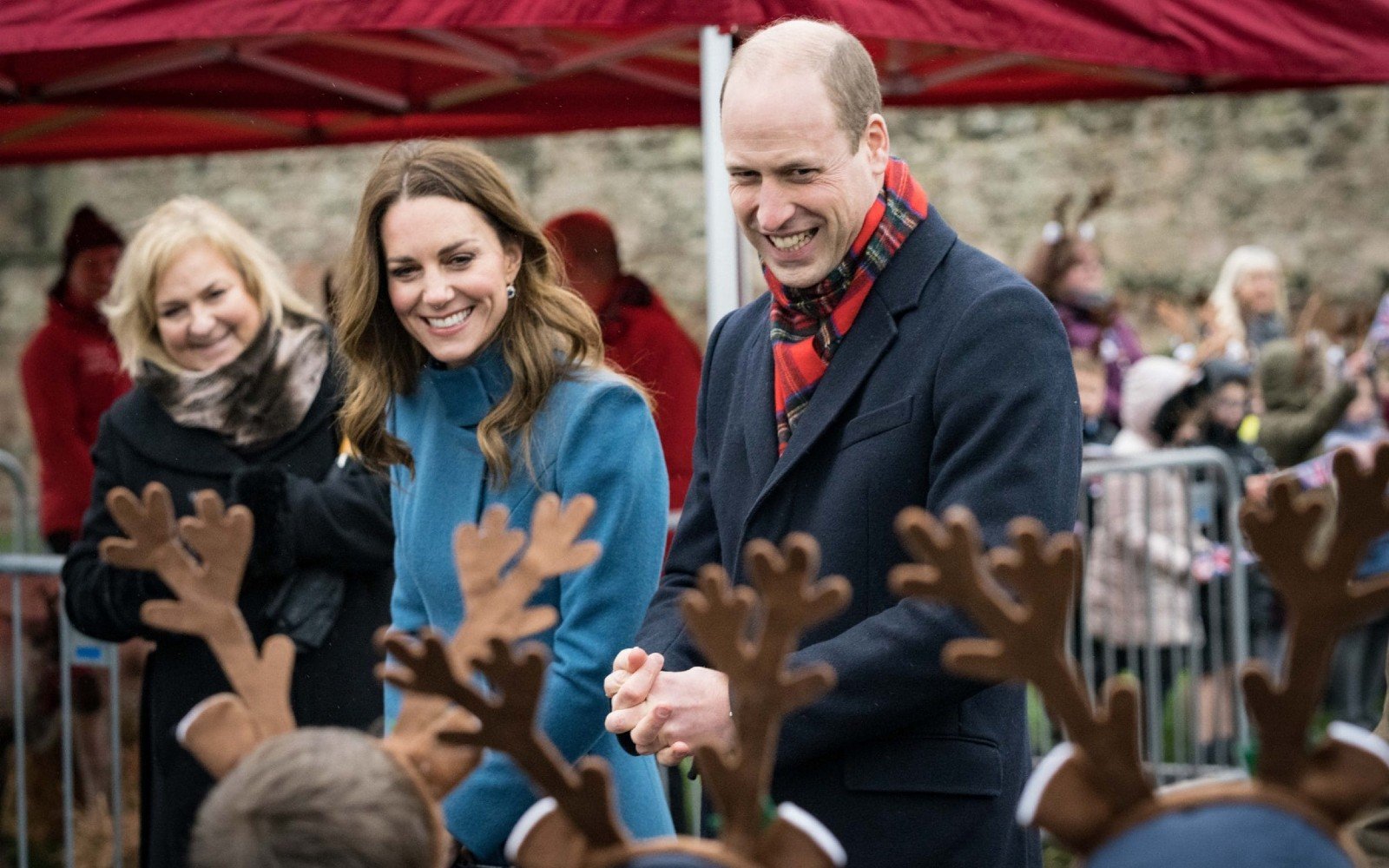 Royal reporter Richard Palmer posted a video on Twitter of some of the children from Holy Trinity Church of England. The children huddled together with red Christmas hats and were very keen to ask Prince William & Duchess Kate a whole bunch of questions. 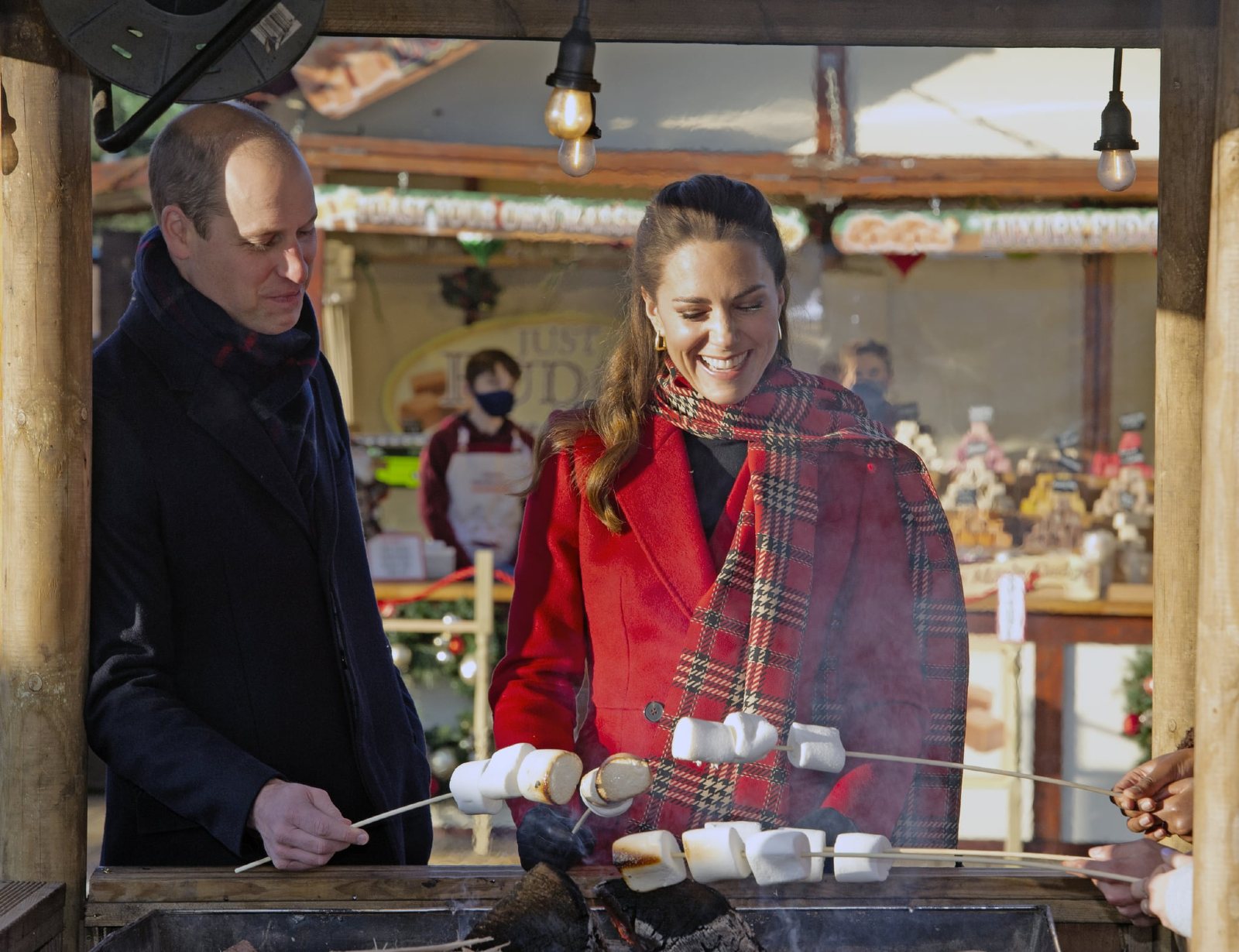 Town and Country Magazine reported Prince William & Duchess Kate stopped at Holy Trinity to express the nation’s support & gratitude for teachers during this unprecedented time. They dedicated their visit to thank those who “enabled children to continue their studies online, and those who taught in-person classes for those who need it, like the children of essential workers.”

Prince William & Duchess Kate’s goal from the Queen is to provide hope and thanks to all the communities and workers who have worked resiliently amongst the struggle of COVID-19. William & Kate also thanked the little children while they stood in the cold to greet them.

The Duke & Duchess of Cambridge have two more days on their Christmas tour before meeting the Queen in Windsor and we’re excited to see who they will visit next. Let us know in the comments below which essential worker you believe is undervalued and needs thanks this holiday season.