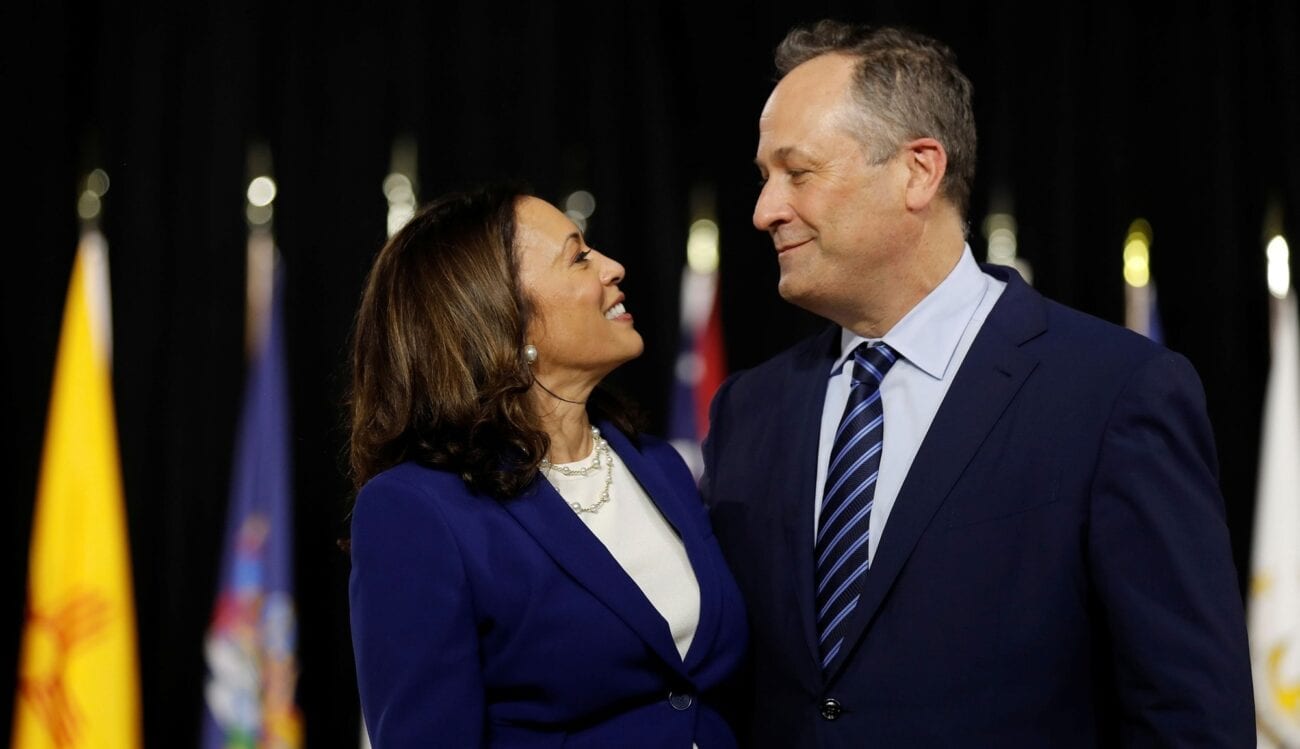 Everything to know about Kamala Harris’s husband

Joe Biden is the projected winner of the 2020 election. Given the reported electoral votes, most media outlets are calling him President elect, and if they’re right, Kamala Harris will become the first female Vice President. Her husband, Douglas Emhoff, will also become the first Second Gentleman of the United States. He is also the first Jewish spouse of a president or vice president.

Emhoff hasn’t received a large amount of public attention, so people may be unaware of who he is and the career he’s held. Here’s some more information on Emhoff, the projected upcoming first Second Gentleman of the U.S. 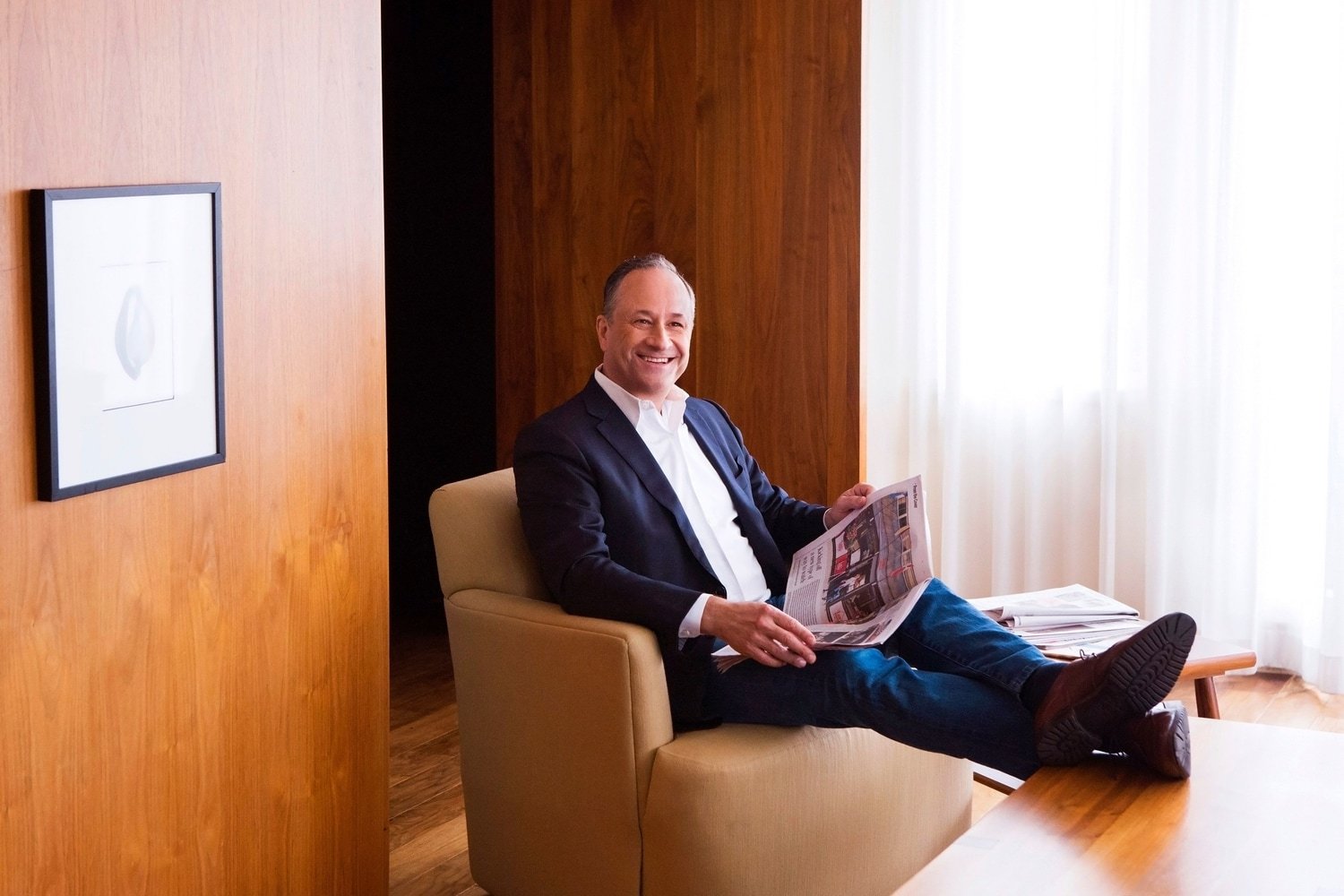 Who is Douglas Emhoff?

Douglas Craig Emhoff was born on Oct. 13, 1964 in New York City. He lived in New Jersey from 1969 to 1981, moving with his family to California when he was seventeen. He earned a Bachelor of Arts degree from California State University, Northridge and a Juris Doctor from the USC Gould School of Law in 1990.

Emhoff works as an attorney, more specifically as an entertainment litigator. He began his career at Pillsbury Winthrop’s litigation group. In 2017, Emhoff joined DLA Piper as a partner, working at the company’s offices in Washington D.C. & California. At DLA Piper, Emhoff practiced law in intellectual property & technology in the company’s media, entertainment, and sports sector, according to the firm’s website.

Following the announcement that Harris would be Joe Biden’s running mate as the Democratic candidate in the 2020 U.S. presidential election, Emhoff took a leave of absence from DLA Piper. 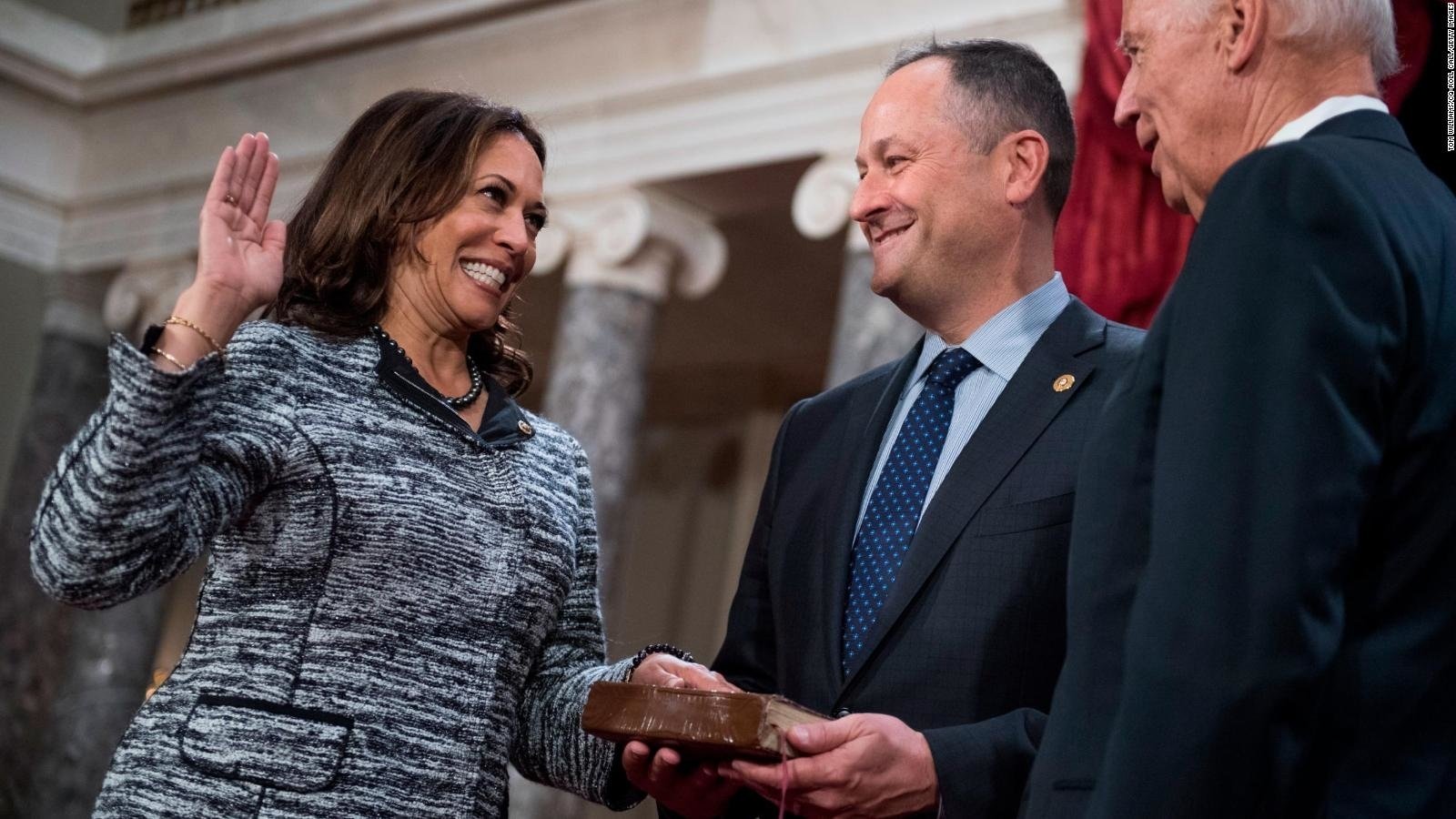 On Nov. 10, after Biden & Harris were declared the projected presidential winners, Emhoff announced he would quit his job at DLA Piper prior to Inauguration Day on Jan. 20, 2021.

Based on reporting, it seems Emhoff is leaning into his political support role and plans to continue that way. When asked what it would be like to be the first Second Gentleman in an interview last month, Emhoff said, “I think it would be an incredible honor . . . I’m going to hopefully work on things like access to justice and access to opportunity and access to the American dream.”

Emhoff stated he plans to leave his law practice to focus more on his role at the White House despite claiming he wouldn’t get involved in politics. AP (Associated Press) reported Emhoff’s decision to quit his job reflected the Biden administration’s focus on avoiding potential ethical issues.

There has also been a focus on breaking barriers from Biden’s campaign for both Kamala Harris and her husband. “Doug, you’re going to have to learn what it means to be a barrier-breaker yourself in this job you’re about to take on,” Joe Biden told Emhoff at his first joint appearance with Harris as his running mate. 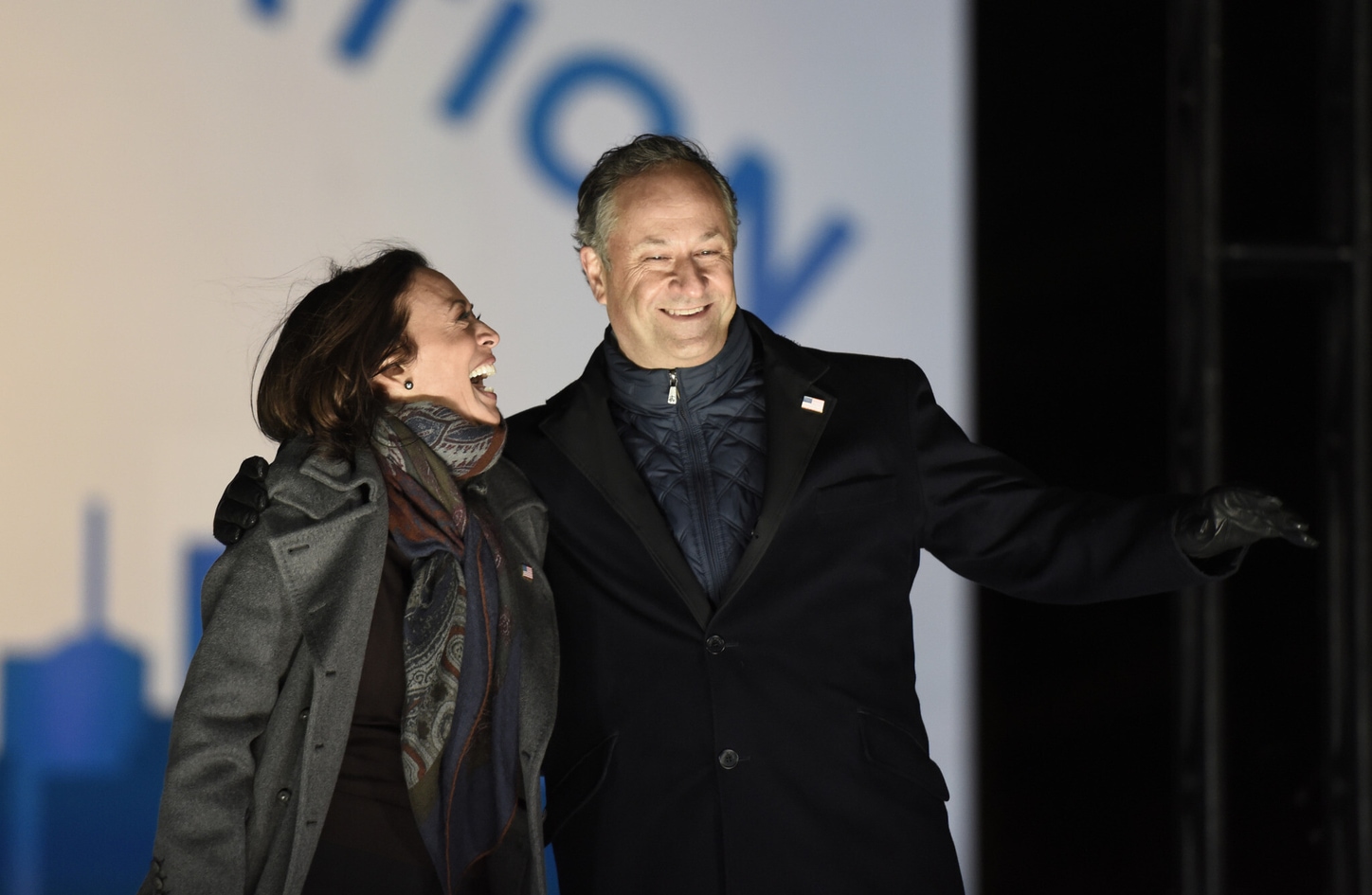 Before he met Kamala Harris, Doug Emhoff was married for sixteen years to Kerstin Emhoff, nee Mackin. They have two children, Cole & Ella, and divorced in 2008.

On August 22, 2014, Doug Emhoff married Kamala Harris in Santa Barbara, CA, with Kamala’s sister, Maya Harris officiating. Doug’s two children call Harris “Momala” in place of stepmom. As of Aug. 2019, Kamala Harris and her husband had an estimated net worth of $5.8 million.

The two expressed their love for one another on Nov. 9th when Kamala Harris tweeted a photo of herself & Emhoff to her eleven million followers saying “Meet the love of my life.” Emhoff tweeted right back at her, “Love you Madam Vice President-elect!” The photo was taken on the night where Biden & Harris made their victory speeches.

Both Kamala Harris and Douglas Emhoff are breaking barriers with their projected election victory as Kamala is predicted to become the first female Vice-President of the U.S. If that happens, Emhoff will become the first Second Gentleman and first Jewish spouse in the White House. 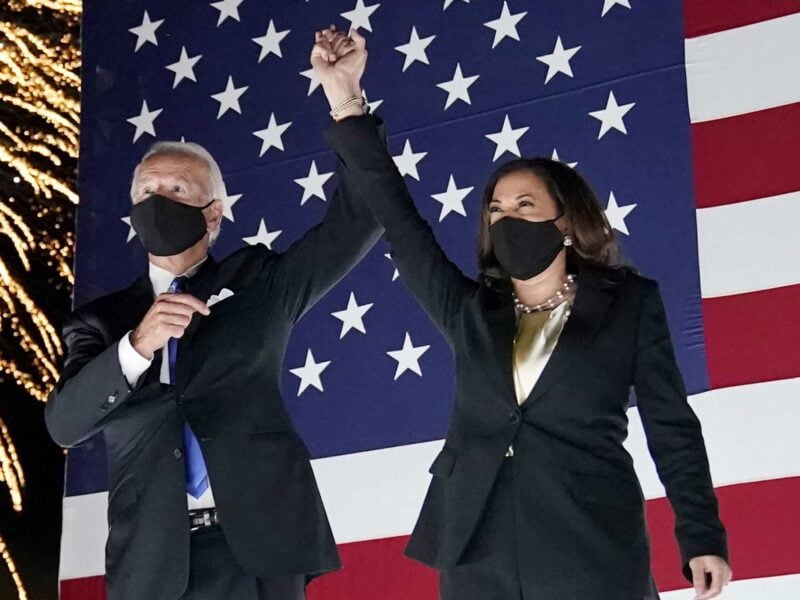 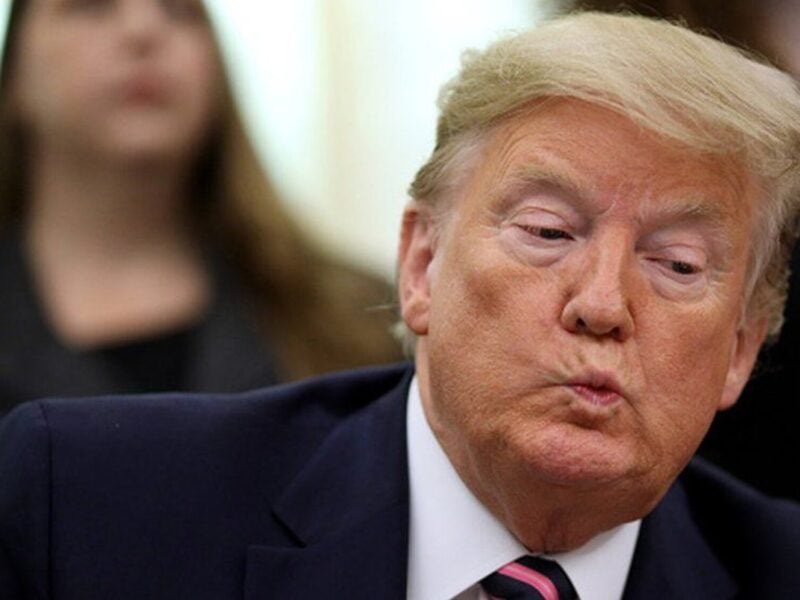