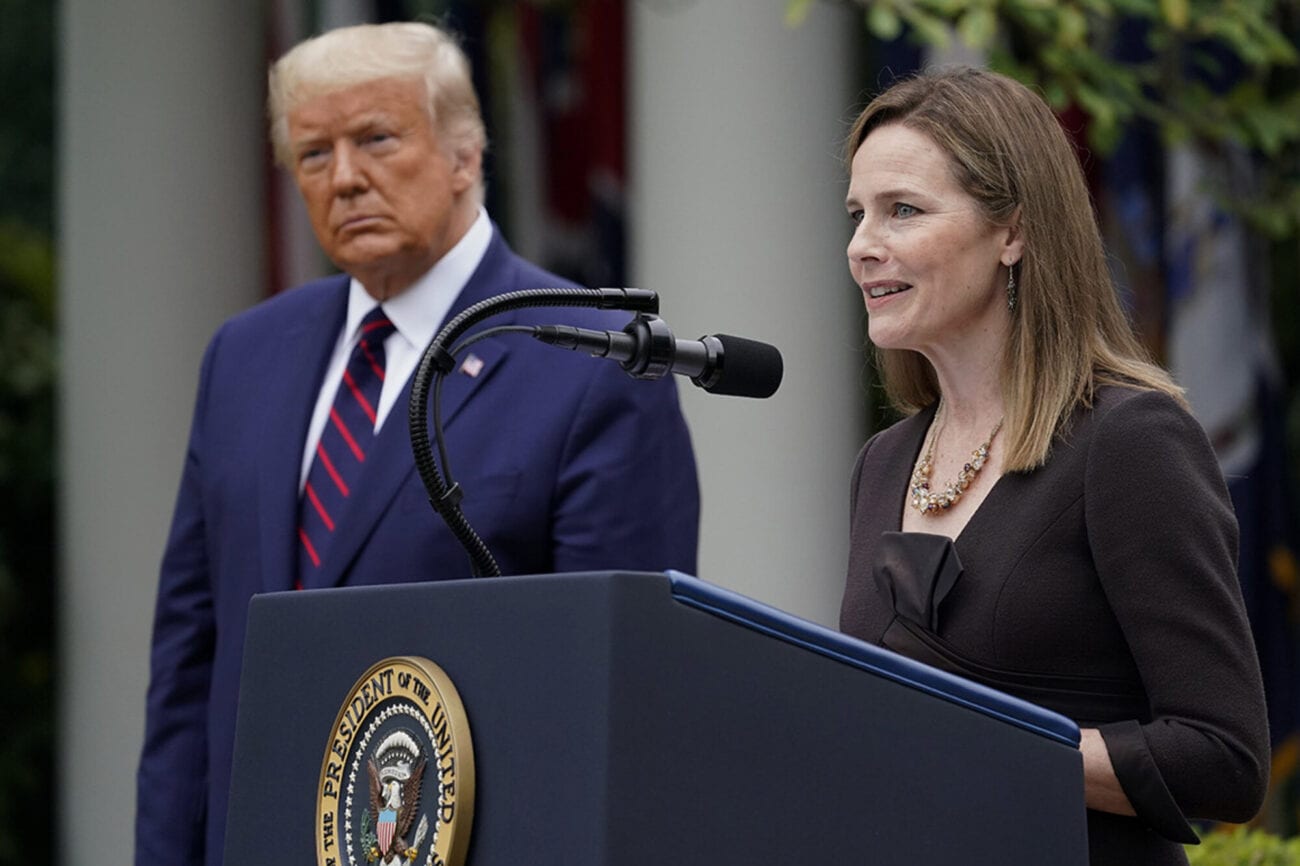 Following the death of Ruth Bader Ginsberg on September 18th, Donald Trump vowed to quickly nominate a new person to become the next Supreme Court Justice. Trump followed through on his promised and nominated Amy Coney Barrett on September 26th.

Since then, Barrett has been heavily scrutinized by the press & on social media for her past rulings on key social issues. NPR described Barrett as a “dream” for conservative Republicans, but a “nightmare” for Democrats based on previous decisions she made during her time on the Court of Appeals.

While it’s still unclear whether the Senate will confirm Barrett, here’s a brief rundown on everything we know about Amy Coney Barrett and her judicial philosophy. 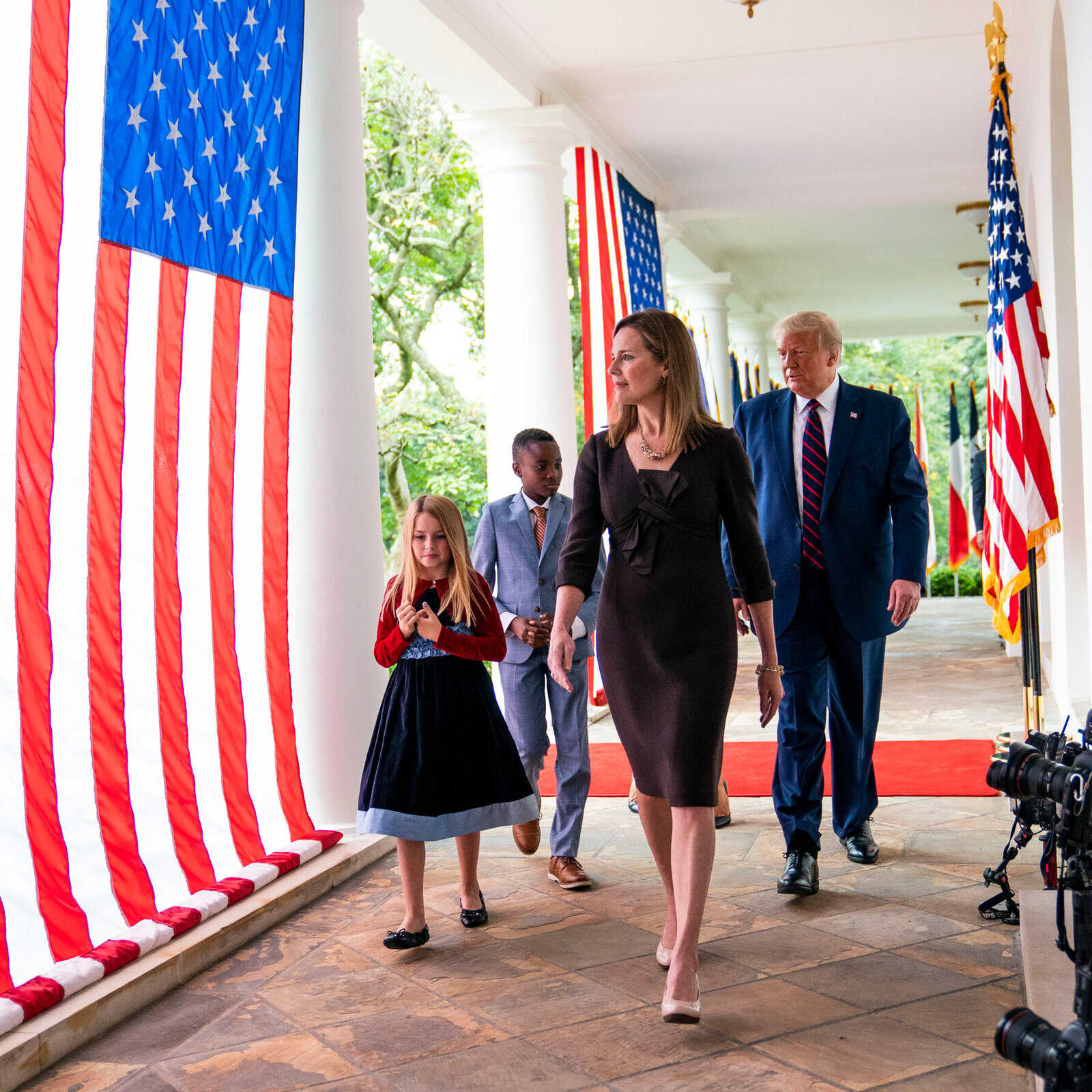 Judge Amy Coney Barrett married lawyer Jesse M. Barrett in 1999 and lives with her family in South Bend, Indiana. The couple has seven children, including two who were adopted from Haiti. 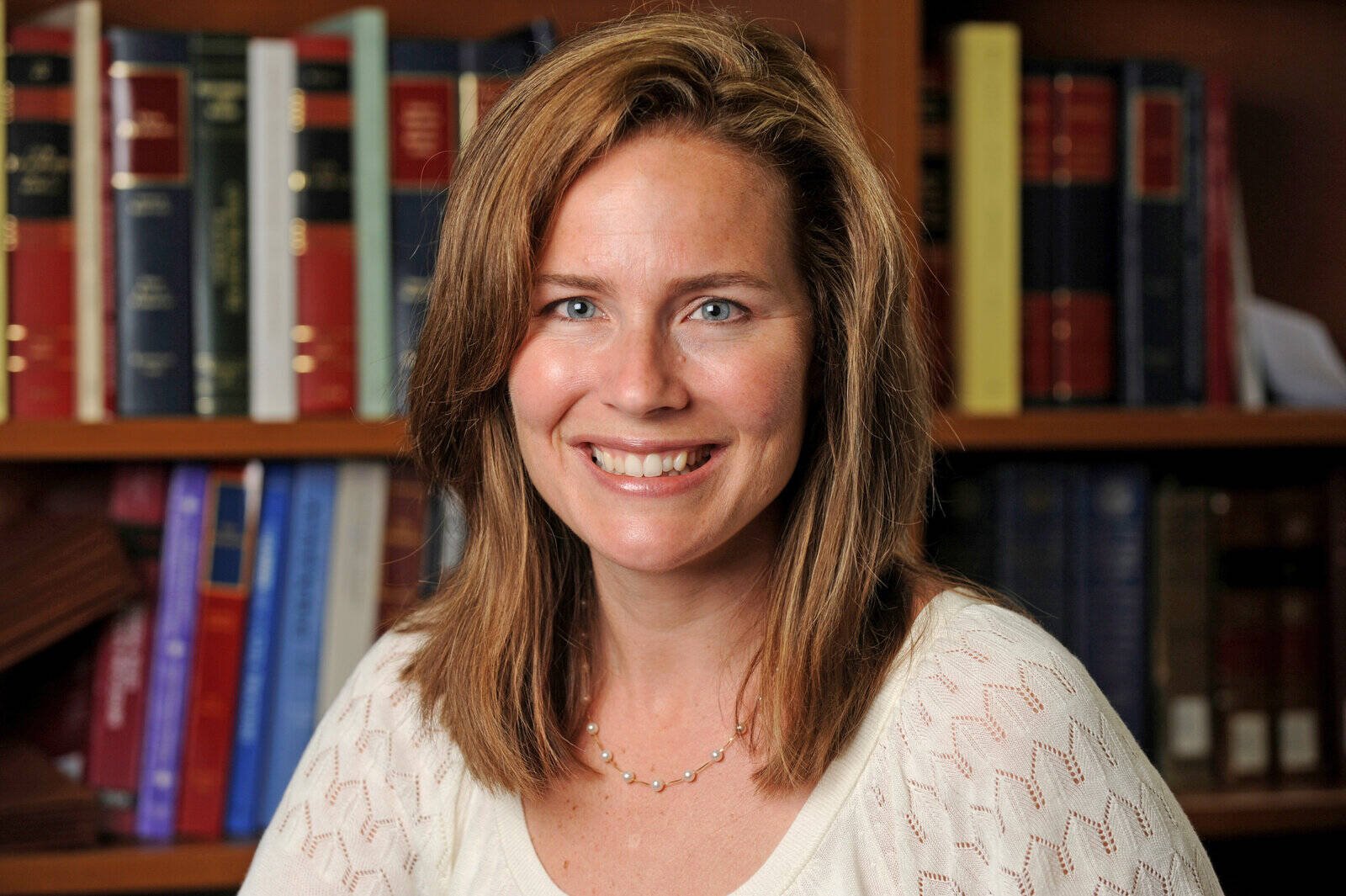 Amy Coney Barrett worked as a clerk for a few years in the late 90s and early 2000s. She was notably Supreme Court Justice Antonin Scalia’s clerk from 1998-1999. About Scalia’s mentorship, Barrett said, “[Scalia’s] judicial philosophy is mine, too”. Scalia was a prominent conservative judge appointed by Ronald Reagan.

Amy Coney Barrett was put into the spotlight in 2017 when Trump nominated Barrett to be on the Seventh Circuit Court of Appeals. She was confirmed on October 31, 2017. 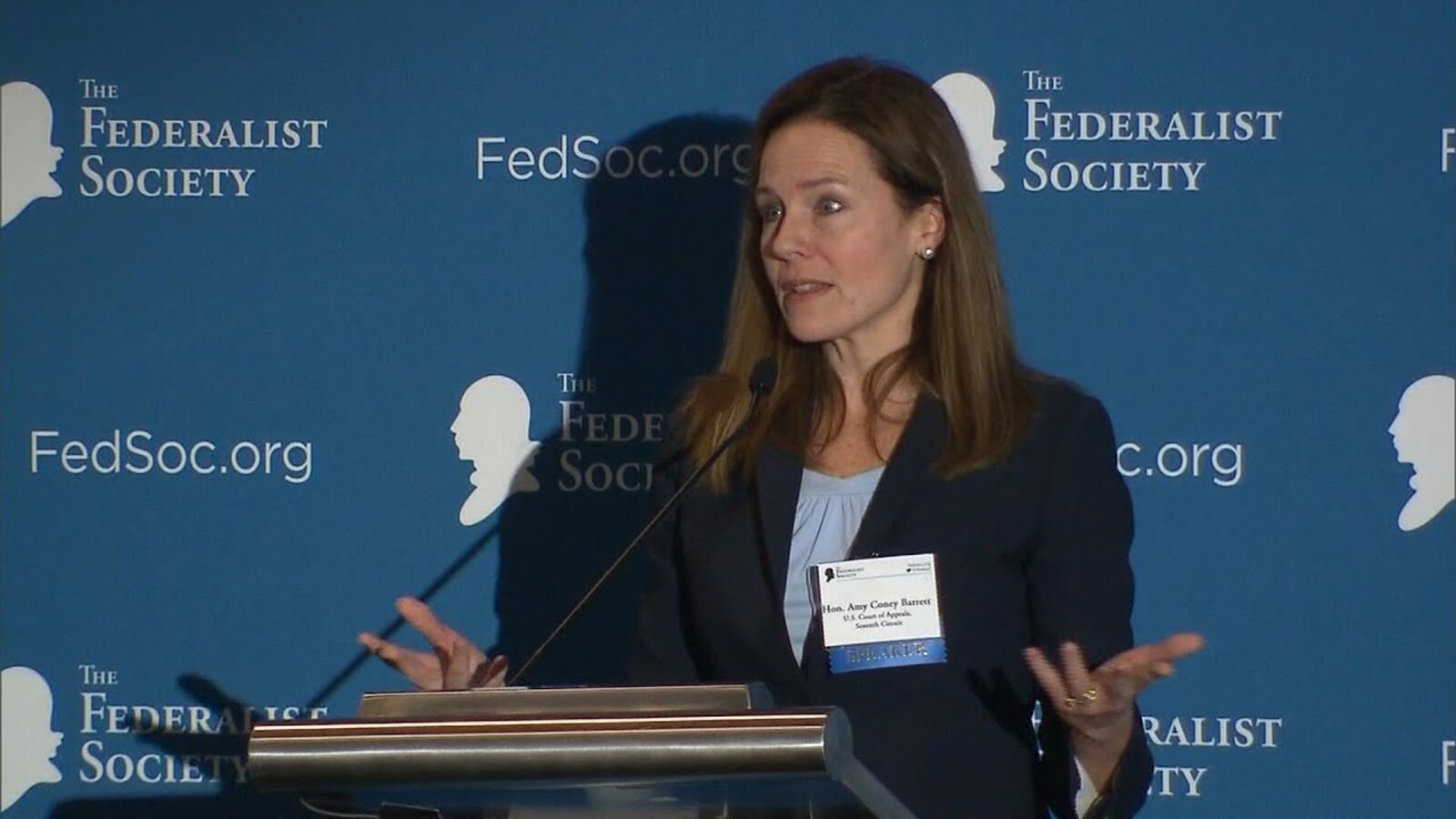 Amy Coney Barrett first started working as a professor at George Washington University Law School before landing a job at Notre Dame Law School in 2002. She taught a number of subjects in law and conducted scholarly work focusing on the law philosophy of originalism. Barrett became a Professor of Law in 2010 & the Research Chair of Law from 2014-2017.

Amy Coney Barrett’s rulings have made her “a favorite among religious conservatives” according to Reuters. She also was a member of the Federalist Society for a number of years, which is a group of lawyers who advocate for an originalist interpretation of the law. 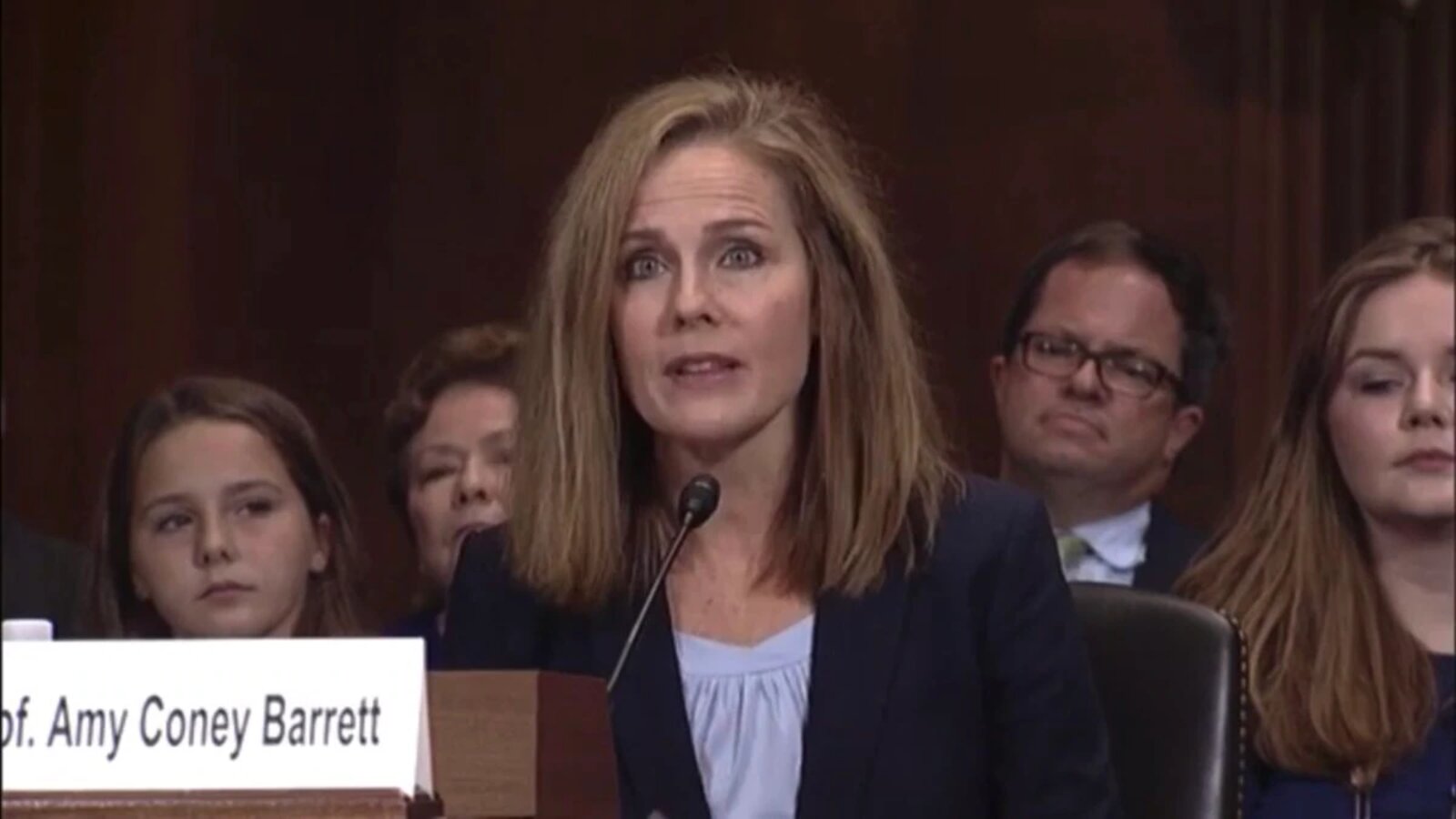 Amy Coney Barrett is a practicing Catholic and is a member of People of Praise, a Christian fellowship group founded in South Bend in 1971. The “covenant community” has encountered scrutiny since Barrett’s appointment to the court of appeals, especially after a former member called the group a “cult”, according to Reuters.

Judge Barrett was also a member of Notre Dame’s “Faculty for Life”, according to South Bend Tribune, referring to a pro-life stance on abortion. South Bend Tribune also reported Amy Coney Barrett signed a letter in 2015 proclaiming “teachings of the Church as truth”, including the idea that life starts from conception and marriage is “founded on the indissoluble commitment of a man and a woman”.

While some left-leaning groups have raised concerns over Amy Coney Barrett’s separation of faith from her work, Barrett told the Senate Judiciary Committee in 2017 her faith “would not bear in the discharge of [her] duties as a judge”. 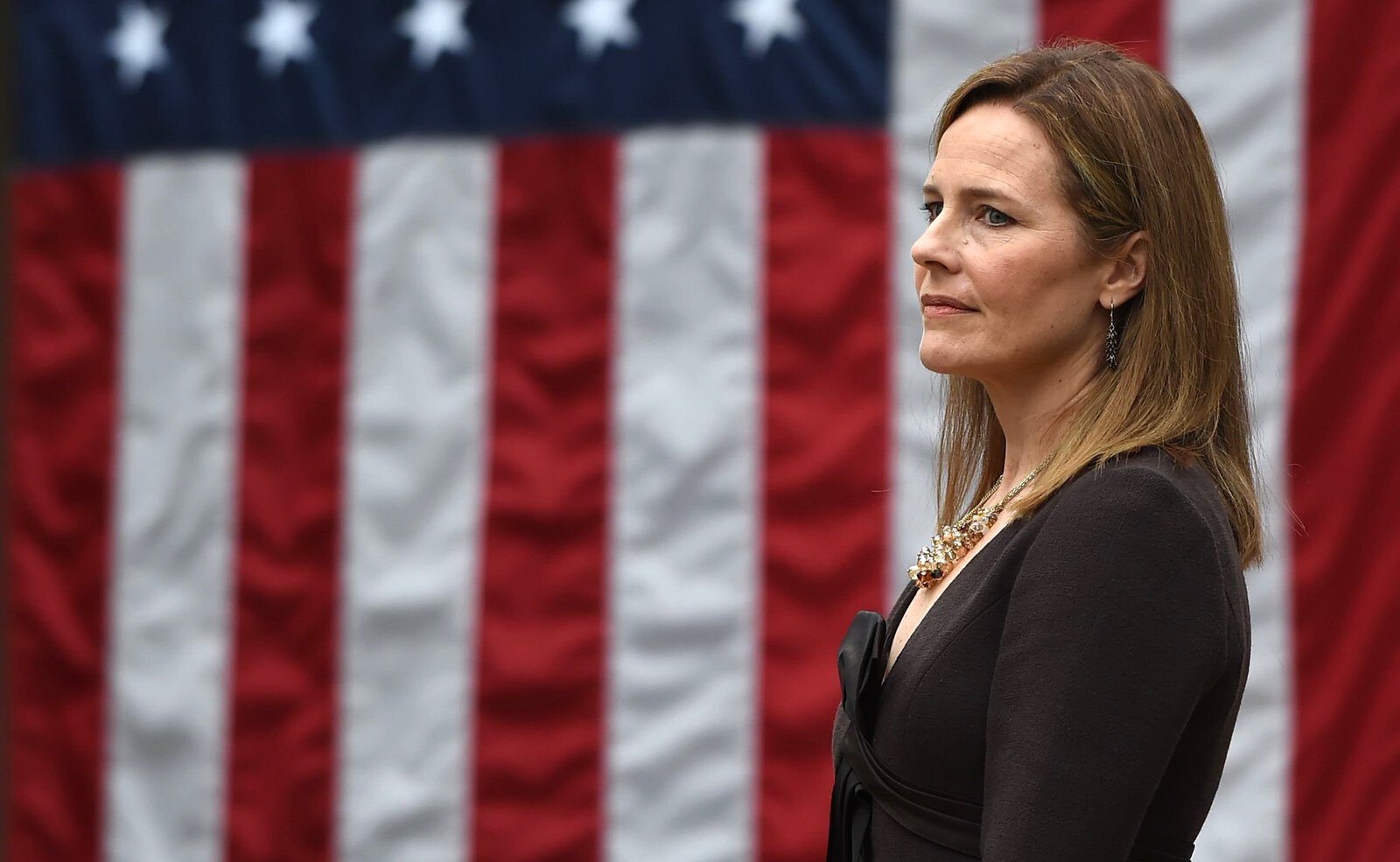 The judge consistently ruled in favor of restricting abortions in three separate rulings. According to the New York Times, Trump promised to “appoint justices ready to overrule Roe v. Wade”, the landmark Supreme Court decision established the constitutional right for a woman to get an abortion. 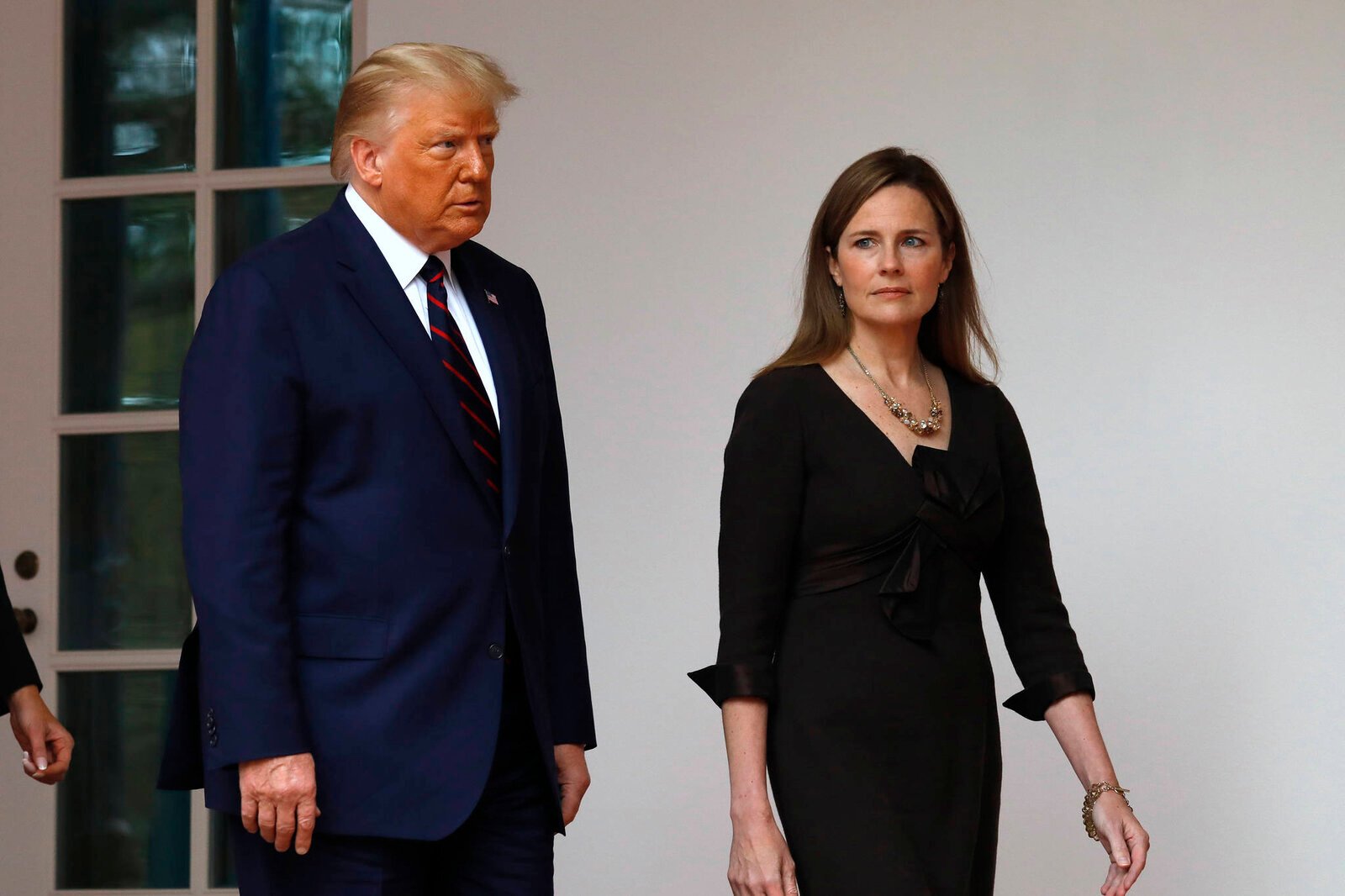 Judge Barrett also showed her originalist philosophy when she wrote a dissenting opinion about whether felons could own a gun. According to the New York Times, she wrote, “History does not support the proposition that felons lose their Second Amendment rights solely because of their status as felons”, she wrote.

In June 2020, Amy Coney Barrett wrote a dissenting decision on a case temporarily blocking a Trump policy about green cards. Trump’s policy would have tightened the “public charge” rule, where green card holders could be denied permanent legal status if they might require public assistance. Barrett argued the policy was “not unreasonable”, according to CNN.