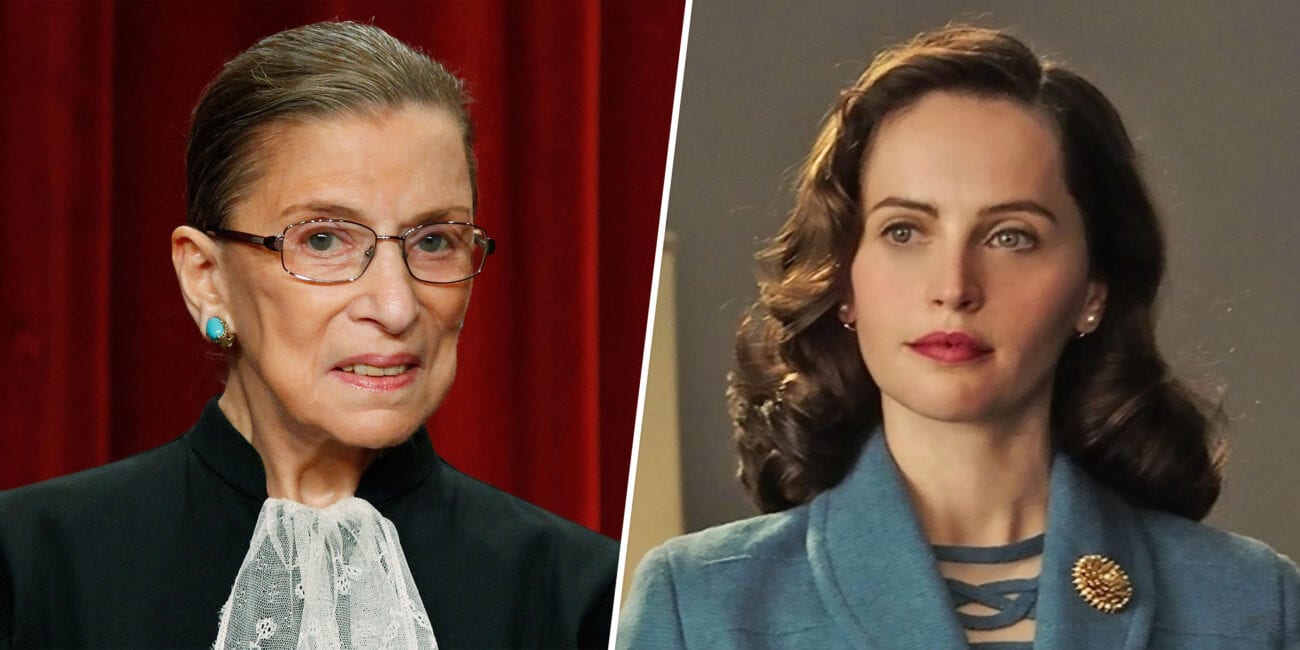 R.I.P. Ruth Bader Ginsburg: What the movie got right – and wrong

United States Supreme Court Justice Ruth Bader Ginsberg died Friday, Sept. 19th, 2020 after a long battle with metastatic cancer of the pancreas. The “Notorious RBG,” as she is referred to by many for her scathing dissent as the top court started leaning conservative, was a feminist & pop culture icon for many in the U.S.

Her historic career led Ruth Bader Ginsberg to become the second women to serve on the Supreme Court, as well as its longest-serving female justice. A documentary, a biopic, a Saturday Night Live impersonation by Kate McKinnon, and even an unofficial cameo in Deadpool 2 cemented her place as an unlikely popular figure.

As much as we love McKinnon’s impersonation of the spunky justice on SNL, as film buffs, her biopic On the Basis of Sex is a true celebration of her accomplishments. But as with any biopic, there are some inaccuracies for storytelling purposes, though On the Basis of Sex was written by the judge’s nephew Daniel Stiepleman while Ginsbrg was still alive. 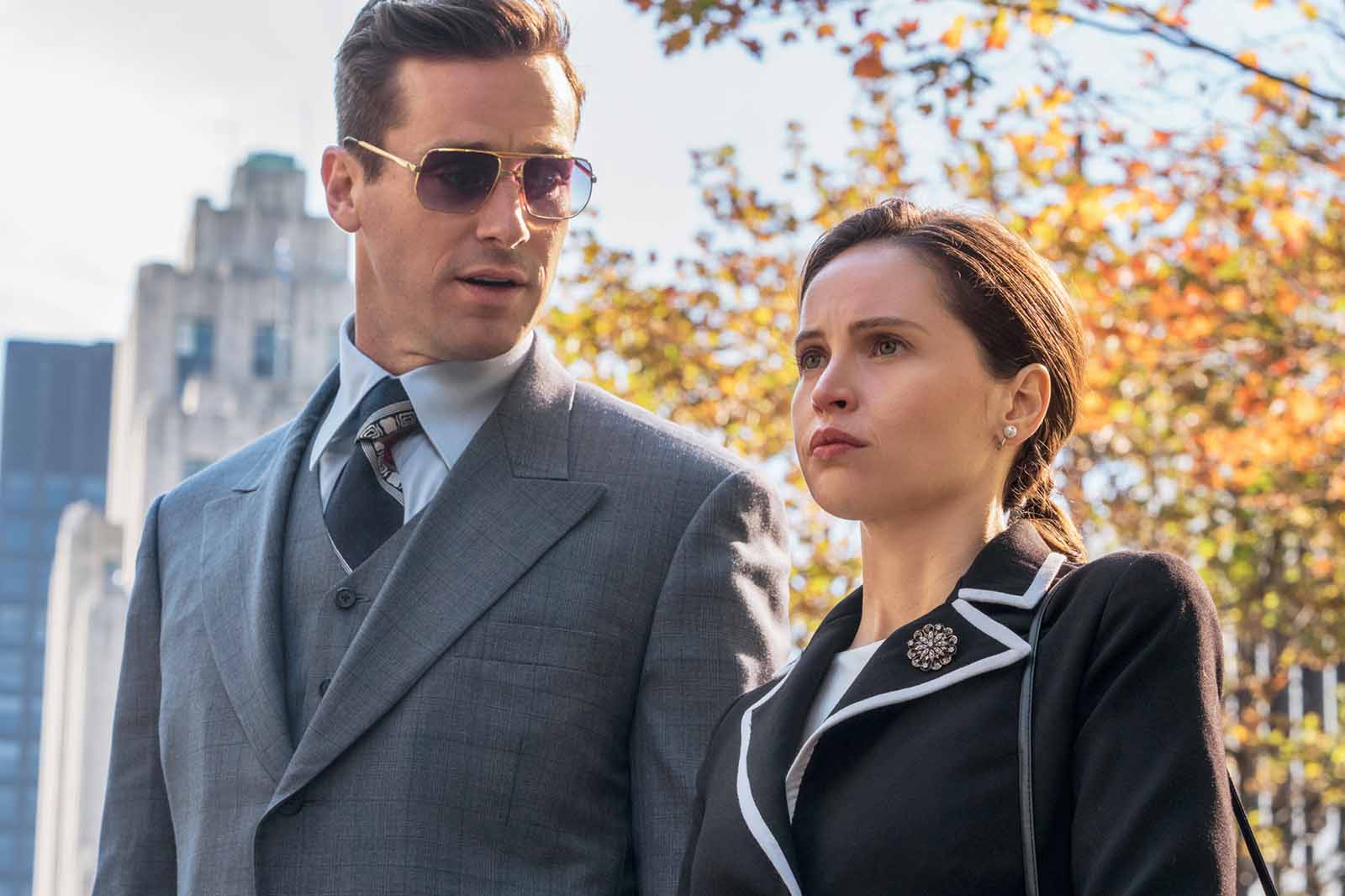 Ginsburg attended class for her husband

Ruth Bader Ginsburg (Felicity Jones) and her husband Marty Ginsburg (Armie Hammer) married a month after they graduated from Columbia University in 1954. They gave birth to their daughter in 1955 and shorty afterward Marty was diagnosed with testicular cancer.

In 1956 they both enrolled at Harvard University Law School. While Marty was receiving radiation treatments, too sick to attend class, Ginsburg attended both of their classes & dictated his homework.

On the Basis of Sex gets this half right. Ginsburg didn’t always attend Marty’s classes – most of the time classmates took notes for him. Marty experienced bursts of energy typically after midnight, and Ginsburg dictated his homework. This was when Ruth B. started working through the night, something she did until her death. 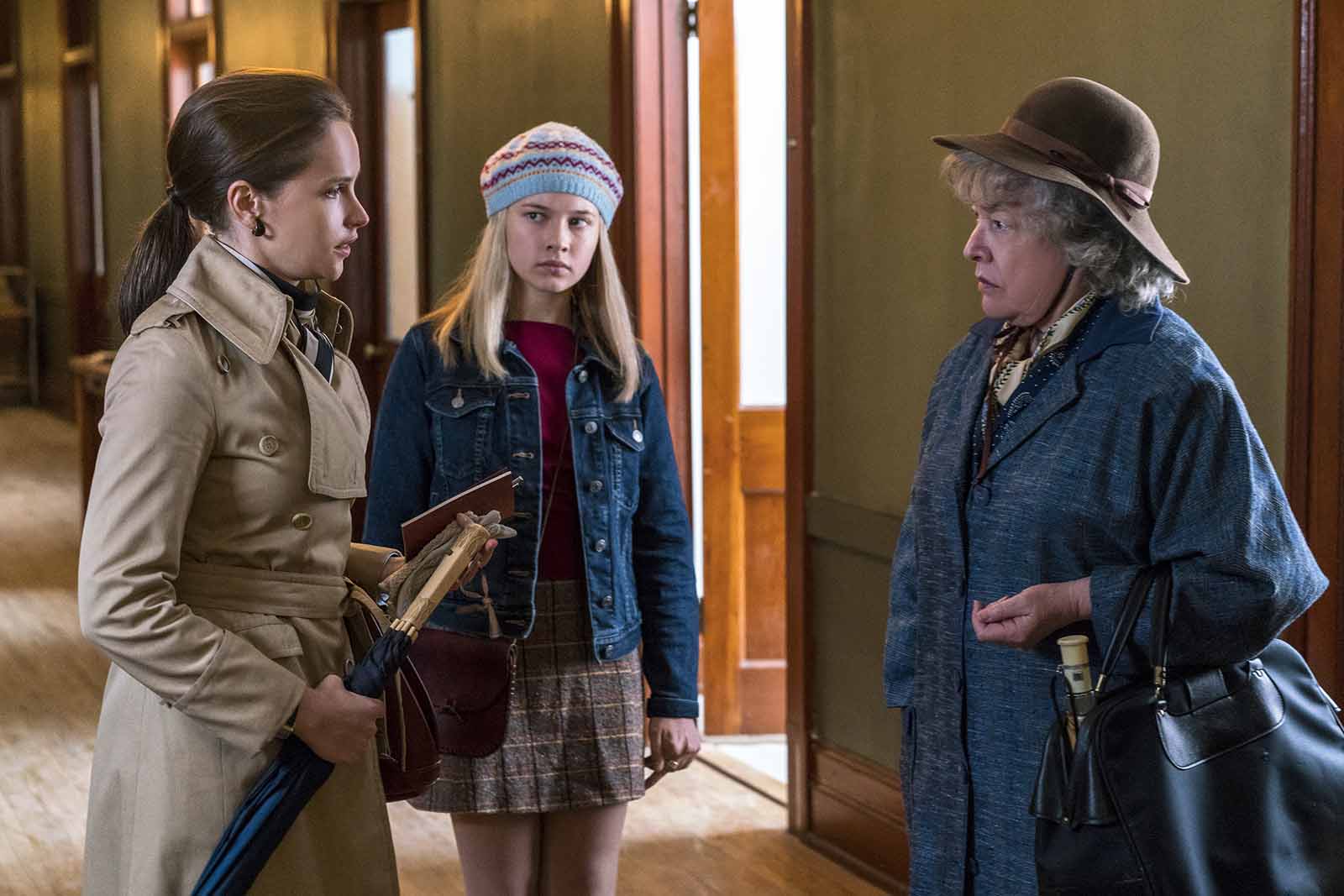 Ginsburg’s daughter worked alongside her

Jane Ginsburg is depicted in On the Basis of Sex as an activist who convinced her mother to continue working on the seminal 1972 gender rights case Charles E. Moritz v. Commissioner of Internal Revenue. While Jane went on to study law at Harvard like her parents, in reality she didn’t assist Ginsburg with the case, but rather another law student.

According to nephew Stiepleman, “They had a relationship similar to the one in the film, in terms of butting heads and being women with strong opinions. Jane became the representation of the next generation of feminists and took on many of the plot duties the law student had.” 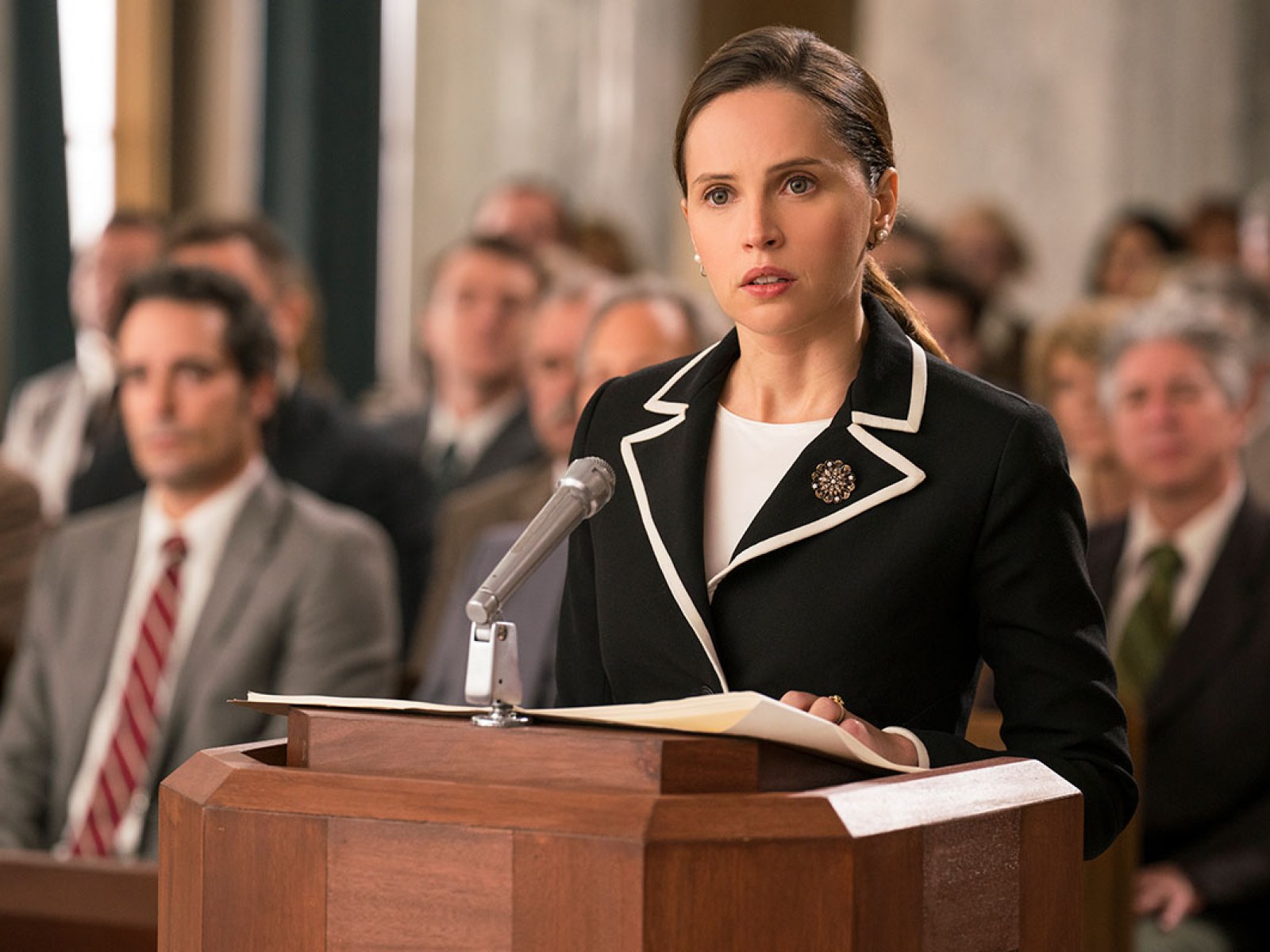 Moritz vs. Commissioner of Internal Revenue

On the Basis of Sex is centered around Ginsburg’s first case as a lawyer before the Supreme court, Charles E. Moritz v. Commissioner of Internal Revenue, centered around an unmarried man who was denied a $600 tax deduction for payments for his aging mother’s caretaker. In the film & real life, Marty, while working for law firm Weil, Gotshal & Manges, asks Ginsburg to join him on the case.

The scene was almost rewritten according to Stiepleman, but Ginsburg said it should stay accurate. Stiepleman was hesitant about including the scene, feeling it would invalidate her accomplishment and let a man drive the story of a leading feminist icon. When Ginsburg read the scene though her note was “Your uncle handed me that case and he deserves credit for it.” 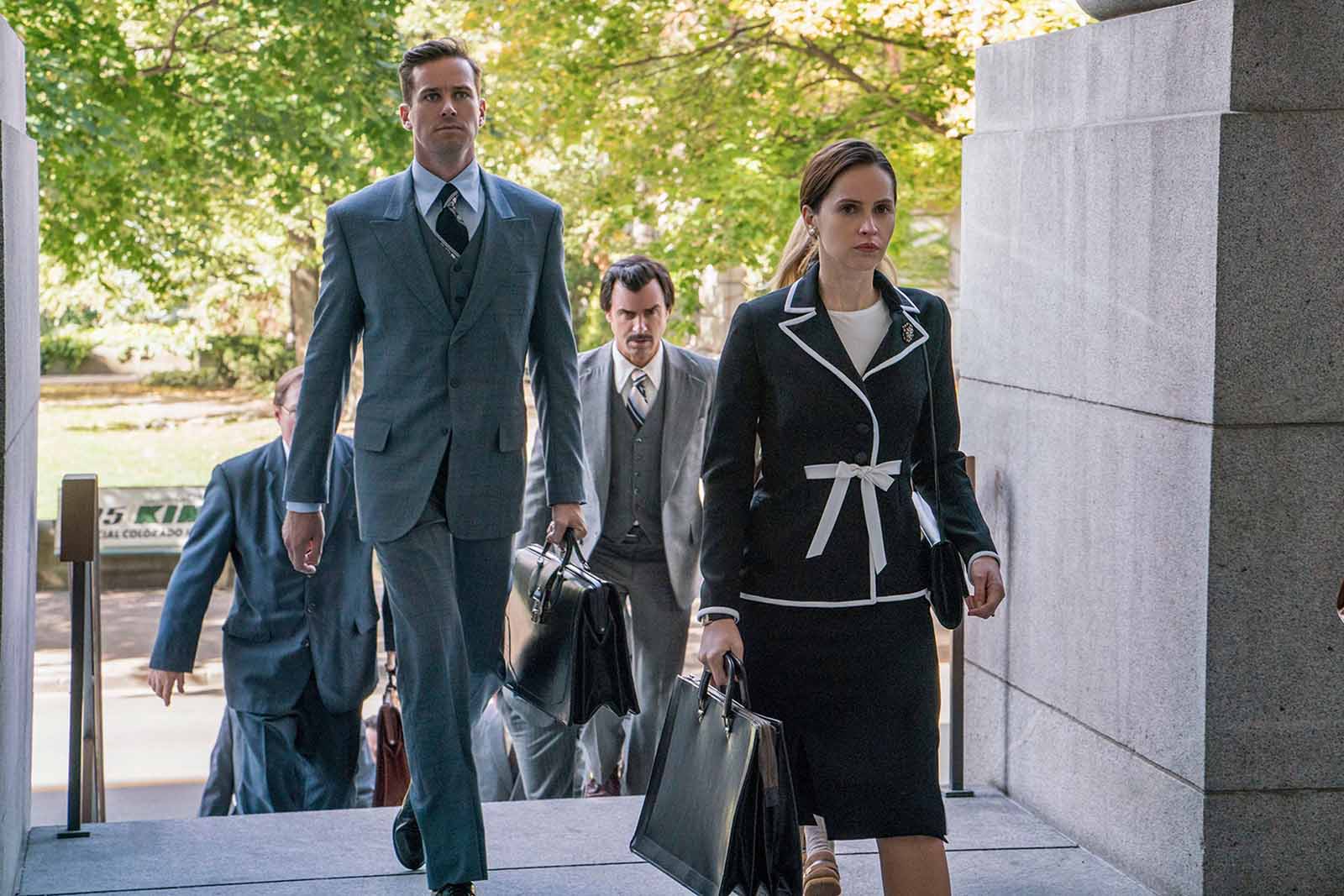 Dorothy Kenyon was not involved

In On the Basis of Sex, Ginsburg seeks out women’s right activist Dorothy Kenyon (Kathy Bates) after drafting a brief for Moritz. Kenyon is skeptical that it’s winnable, but comes around.

Kenyon’s involvement was completely fictionalized. To Ginsburg, it was important that viewers knew she built off the incredible women before her like Kenyon & Pauli Murray. In real life, Ginsburg credited Kenyon & Murray as co-authors; to make things more direct, Stiepleman included the scene in which Ginsburg visits Kenyon. 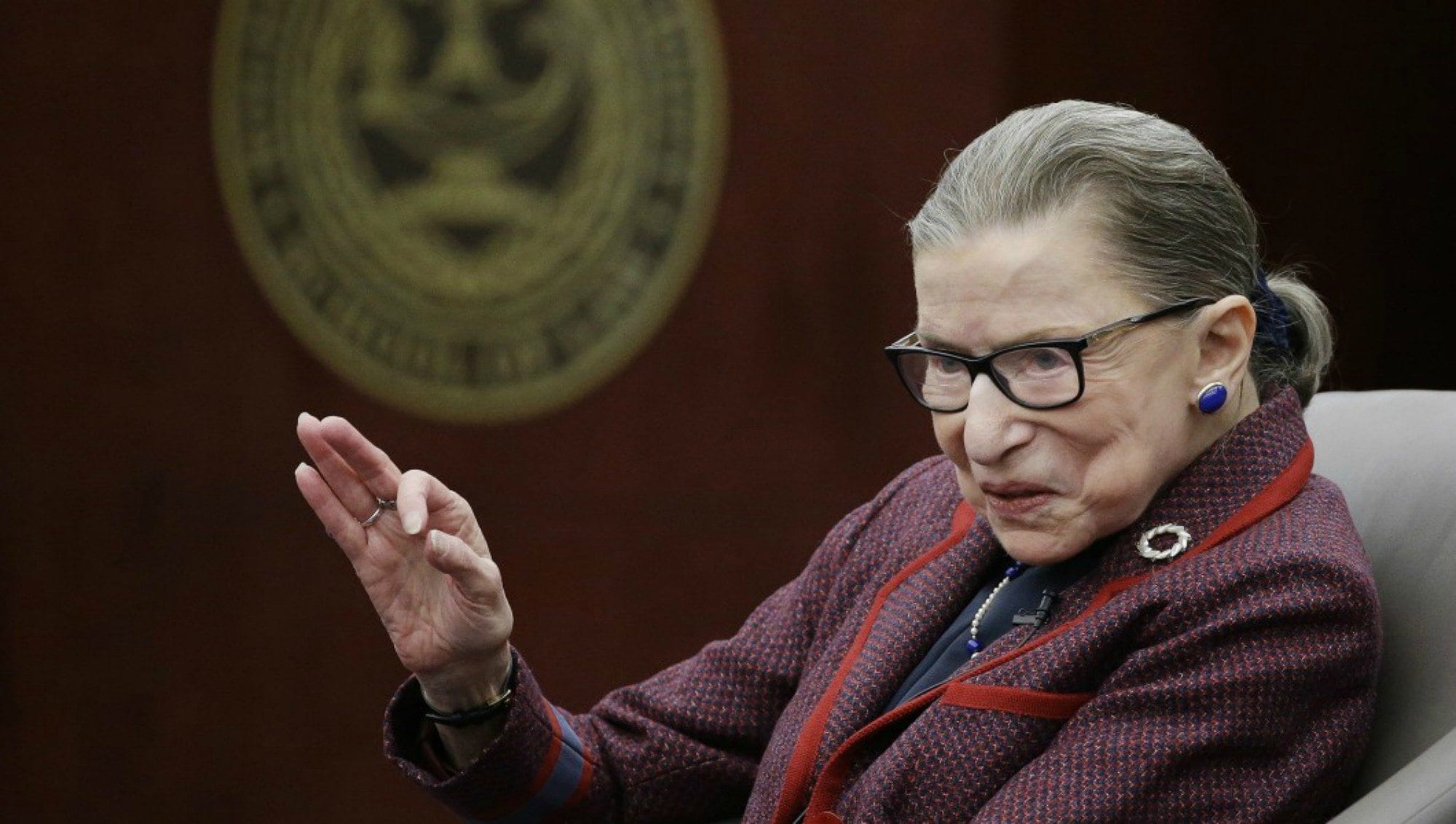 How Ginsburg won the Moritz case

In the climatic final scene in On the Basis of Sex, Ginsburg freezes during her final argument – and wins during a rebuttal. While it was true that the three-judge jury were interested in Ginsburg’s comments and let her speak past her time, she never froze while speaking.

The dramatization added to the scene’s tension, but Ginsburg was cool, calm, and collected in real life. To use her own words, as she pointed out during a Q&A after the screening at the Lincoln Center in New York, “I didn’t stumble.”